I'm wondering if anyone has had this happen because maybe someone in the forums has a fix. I just started playing this game a week ago. It has been working flawlessly with no problems. I logged in today and as soon as I started moving the game froze, everything except the building disappeared and it took 2 minutes to reload. Then I could sprint without any stamina bar showing up, and NPC's loaded like normal as I ran all the way to another town. NO MOBS would load and the game froze again, reloaded, and I was back in the town I was in when I logged in. I can't write in chat, I can't talk to NPC's, I cant move anywhere without it just letting me, then reloading after 5 or so minutes and putting me back in the place I started, I can't do anything. I've done a file check through the game, tried it on another PC, resterted my modem, tested my internet speed, pinged BDO's servers (23ms normal server, between 180ms and 210ms game server) everything. I know since I'm in Asia that I have slightly high ping times, but it's worked perfectly for a week now and other people play from the Philippines all the time so why the sudden and complete inability to play the game?  Does anyone know what's happening? 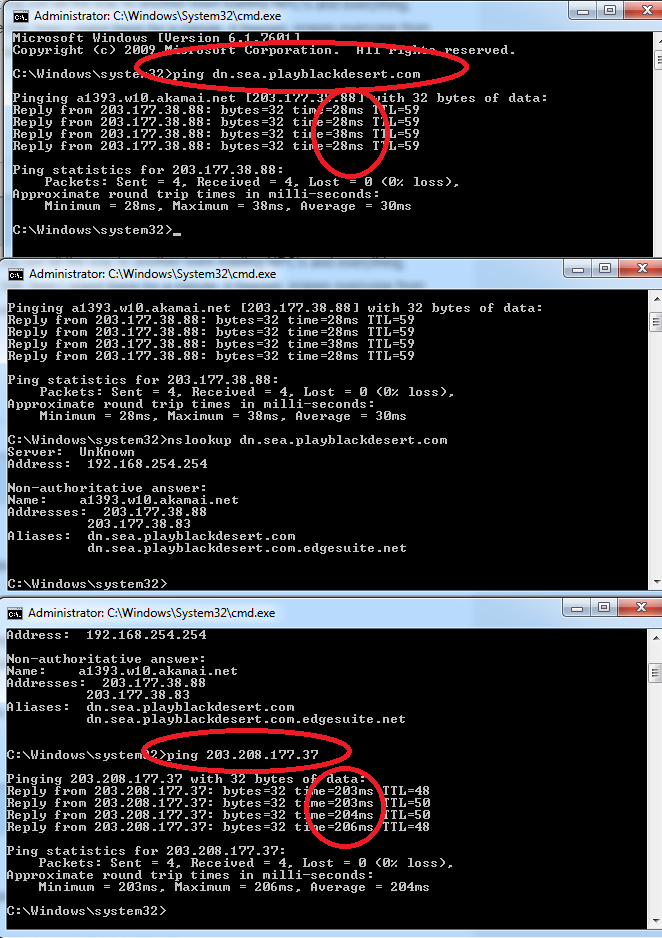 Character Name PrincessMunchkin
Main Character Witch
Lv 41
Comments 2
Quote
Report
GM_Velia
Lv. 30
Greetings ‎PrincessMunchkin,
We understand that you are experiencing an issue with the game. We would be happy to assist you if you can send us a ticket via https://www.sea.playblackdesert.com/CS/QNA/Write/ and our Support team would be glad to help.
PrincessMunchkin
Lv. 41
I sent in a ticket, but last time it took 4 hours to answer and this is the very rare times of the day that I can actually play and I was asked to send in more info so I sent in a new ticket and didn't want to wait another 4 hours for a response. I was
hoping another gamer had this happen and could maybe help me faster.
Cancel Register
Cancel Register
# 2
Edit Date : 2018-11-21

same thing happened to me last night, i did everything i could think off to fix the game. even restarted the modem a couple of times to no avail, seems like the problem is on their end.

Character Name Azaeryla
Main Character Witch
Lv 56
Comments 1
Quote
Report
PrincessMunchkin
Lv. 41
It definitely is. I looked up one site that had me change my DNS server settings and that actually fixed the problem. It was still slightly laggy and a touch slow, but it worked. Today I removed those settings and went back to normal and it's working again
so ... it was definitely on their end. But if it happens to you change the DNS settings on your wireless adapter to Google's public DNS server.
Version 4 DNS: 8.8.8.8 and alternate 8.8.4.4
version 6 DNS: 2001:4860:4860::8888 and alternate 2001:4860:4860::8844
That should fix your problem temporarily if it happens to anyone else until they get it fixed on their end.
Cancel Register
Cancel Register
FeedbackTopicGame suddenly unplayable, freezing
Register
Go to List
On: {{REPLACE:date}}, By: {{REPLACE:userName}}
{{REPLACE:contents}}