The Cox Pirate Group originally started as the Keith Pirates led by two moronic captains. Then a man named Cox, a former soldier joined the group, and he eventually took over as captain. He expanded the group and reorganized it under the name Cox Pirates.

Cox was a nobody who turned these dumb pirates into a group of significantly dangerous ones. Even the powerful Trina Marine Knights of Calpheon can’t do a thing about them. Kuit Islands soon turned into the Cox Pirate’s domain. [src]

Florentino is requested by his cousin, Crisostomo, to help the Trina Marine Knights. He took some time to think about what happened at Herba Tavern and decided to investigate it after this mission.

Florentino talked to Rubin the Herald and according to him, the Cox Pirates in the northern sea are getting stronger and threatening Calpheon. He is about to meet with Paso Anca, the naval commander at the Epheria Sentry Post and hear more about this.

Just north of Calpheon City in Port Epheria and at the left side of Port Epheria, atop the cliff, is Epheria Sentry Post.

“Is the naval commander inside?” Florentino said to the guards, “I’m Florentino Ibarra, I was sent by Crisostomo Ibarra…”

“Yes sir,” the guards said, “the Commander is expecting you.”

Florentino went inside. It’s not much of a room, just a large table at the centre with a large map and some documents, there are also some crates at the side. It’s more of a storage room rather than a briefing room.

“Now then, on to business, cousin Crisostomo gave me instructions to aid the Trina Marine Knights on this… pirate problem… care to share some information with me?”

“Alright,” Paso Anca turns to the large map, “the Cox Pirates are expanding in the Kuit Islands, but they’re not even a threat since the Trina Marine Knights are invincible.”

“Ha! That’s all nonsense! That’s because they have no idea what we are like.”

“We can never be too sure,” Florentino smile, “I would like a request to conduct an inspection of the Trina Marine Knights, as instructed by my cousin.”

“Be my guest, go check out the training camp yourself. You’ll be surprised.”

By the entrance of the Training Ground, there are three guards at the front, two of them are twins while the other one is a giant.

“We’re guarding the entrance,” said the Giant, “please don’t disturb us if it’s not important.”

“Oh why didn’t you say so?” the Giant said, “Please, make yourself at home.”

By the busy shipyard, the Trina Marine Knights are preparing small boats with bombs.

“Let’s get to work!” One of the soldiers shouted, “We’re doomed if we don’t get it done by the end of the day!”

Florentino is impressed by how hard-working they are.

“Oy! Can’t you see we’re repairing this ship?” One of the soldiers shouted at Florentino, “If you didn’t come to help, get the hell out!”

“Right, sorry,” Florentino then makes his way to the stairs. He hit one of the boats that is being armed with bombs.

The entire shipyard went to a halt as people gasps and braces for an explosion.

“What the hell!” The soldier in the boat that Florentino hits said, “Be careful with that bomb! It could explode on you if it shakes too much.”

Florentino makes his way to the docks after that incident by the shipyard.

“This bomb is perfect,” the dwarf soldier said, “it will explode perfectly at the perfect moment.”

“Excuse me,” Florentino said as he walks towards the two.

“Sir!” the two soldiers exclaims as they salute Florentino after seeing his crest, the crest of Kalis Parliament Liaisons, “we’re honoured by your presence.”

“At ease, gentlemen, may I ask what are you doing and what are these bombs?”

“Sir, we made some bombs and now we’re testing them.” The dwarf soldier said, “They have a special wick that doesn’t get wet in water.”

“Sir, may I ask?” The other soldier said, “What was that commotion earlier?”

“Oh, that?” Florentino scratches his head, “I accidentally hit one of the boats carrying the bomb as I’m making my way here. I was told that if it shakes too much it would explode.”

“That’s nonsense, sir!” The dwarf soldier said, “They are specially designed bombs. If just a few shaking here and there is all it took to explode then these bombs right here in the water already would’ve exploded because of the waves.”

Florentino now makes his way to the spear-throwing training area. There, the soldiers are enthusiastic about their training.

He then approaches the soldiers conducting a small meeting by the round table.

“Our plans are flawless!” One of the soldiers exclaims, “There’s no way the pirates can affect us.”

“Greetings,” Florentino said as he approaches them, “I’m Florentino Ibarra of-“

“Sir!” They all exclaimed as they salute Florentino, “Welcome to Port Epheria Training Ground.”

“At ease, gentlemen…” Florentino then looks to his left and sees a woman among the soldiers and smiles, “and ladies…”

“We’re glad you’re here, sir,” the soldier said, “captain Jules, at your service. We’re just talking about our plans with the Cox Pirates.”

“That’s great to hear, I’m quite optimistic of the Trina Marine Knights.”

“We’re honoured by your words, sir,” the female soldier said, “captain Grace, at your service.”

“Enchanté, captain Grace,” Florentino holds captain Grace’s hand and kisses it, “It is an honour to meet you, madam, I wish it was on better times, I would’ve treated you dinner.”

Florentino’s antics made captain Grace blush and out of words.

“Oh, right,” Florentino said as he returns to his senses, “what do we know about the Cox Pirates?”

“The Cox Pirates are growing.” Captain Jules continues, “I have a feeling that they’ll do something big soon. We’re researching and preparing in advance. Preparation is the foundation of any punitive expedition.”

Their discussion continued until noon.

Back at Epheria Sentry Post, Florentino saw Paso Anca looking through some documents.

“Ah, Florentino,” Paso Anca said as he saw Florentino entering the room, “How was it? Wasn’t it jaw-dropping? We Trina Marine Knights are invincible, I tell you what.”

“The Trina Marine Knights are… beyond my expectations, I expect nothing more of the Naval Commander…”

“I’m honoured by your words, now, back to business. Have you been to Lema Island?”

“I think I went there before when I was with the team securing the waters of Iliya Island,” Florentino recalls the events with the navy, “tell me more.”

“Some of our soldiers went there.” Paso Anca continues as he crosses his arms, “The Cox Pirates are based in the Kuit Islands, and Lema Island is a good place for our base.”

“Interesting, tell me more about the Cox Pirates.”

“You… Did you want to know more about pirates?” Paso Anca then points at the map, “Then go to Lema Island. I’m sure you’ll get some information from our soldiers there.”

Embarking to the Cox Pirate

After the meeting with Paso Anca, Florentino makes his way to Velia, where the Ibarra Family’s Epheria Sailboat, the Leviathan, is currently docked.

Well, Florentino thought, this is going to take a long while.

“Sir Ibarra!” One of the sailors of the Leviathan said, “We’re ready to set sail!”

“Understood! Thank you!” Florentino then turns to the other sailors, “Men, let’s set sail to Lema Island!”

After some time sailing by the seas of Balenos, Florentino finally has some time to explore the Leviathan, the Ibarra Family’s Epheria Sailboat.

“Captain, good morning,” Florentino said to the captain who’s in command of the Leviathan on behalf of the Family.

“I did, the seas are calm today, don’t you agree?”

“Aye, sir, the wind is also with us. At this rate, we can reach Lema Island in no time.”

“May I ask, sir, if we’re going against these pirates, why didn’t we just use the frigate?”

“We can’t be certain as to what we’re getting ourselves into, captain, I can’t risk it.”

“Lema Island up ahead!” Shouted the sailor by the crow’s nest.

The captain heard this and quickly went to work. He is now navigating the Leviathan to dock at the port while the other sailors follow his commands. Florentino, on the other hand, makes his way to the forecastle and sees Lema Island is just right ahead.

Lema Island is an island next to Iliya Island, it is occupied by a few residents, mostly sailors. The island used to be an important supply stopover for northbound trade ships, but all of this is currently under threat with the Cox Pirates harassing the seas. Fortunately, the Trina Marine Knights from Calpheon came to deal with the pirates and support Lema Island.

Florentino sees a Giant guiding the Leviathan for docking.

I think this is the one in charge here, Florentino thought.

Soon after the Leviathan finished docking, Florentino jumps down to the docks and approaches the giant.

“Greetings,” Florentino said to the Giant, “I am Florentino Ibarra from Calpheon, I’m here to assist the Trina Marine Knights.”

“Trina Marine Knights?” said the Giant, “But why did you come this way?”

“I beg your pardon?”

“You heard me,” the Giant continued, “if you’re here to do business with the Trina Marine Knights, why did you come this way? Oh, I’m Bolhi, by the way.”

“Alright. Tell me, Bolhi, where are the Trina Marine Knights? I thought they’re here at Lema Island.”

“It’s true that the Trina Marine Knights came to this island, but they already went to the other side.”

“And who is their commanding officer here?”

“Hmm, let me just think for a while,” Bolhi then picks up a large fish and places it on his right shoulder.

Why do you have to pick up that thing? Florentino thought. I don’t see how is that relevant.

“Balac? I thought that was the name of the captain…” Bolhi said as he scratches his head with his left hand, “yes, I think that’s his name.”

To The Other Side

“Right… well, thank you for the information. I’ll be on my way.”

“You be careful now, these waters aren’t safe with all these Cox Pirates lurking about.”

“Thank you for the warning.”

Florentino then starts walking by the shores.

“Master Ibarra!” the captain aboard the Leviathan shouted, “you aren’t getting on board?”

“I’m just going to the other side of the island! It’s a waste of time if we’re to embark again just to get back here at some point!”

“Aye, sir! The Leviathan will be on standby until further orders!”

Lema Island is beautiful and thriving with nature. It is generally peaceful here and many Calpheon nobles would set sail to some of the islands controlled by Calpheon to relax. That is before pirates start rapidly developing in the region.

Florentino continues walking and following the trail to the other side of Lema island. He hears birds chirping by the trees. Some of the islands small creatures can be seen running about.

Quite frankly, Florentino thought, next to Olvia, this is such a wonderful place.

But then Florentino heard gunshots and cannon fires by the distance. It is coming towards where he is going to. Florentino then runs towards what he thinks is a battle taking place.

Thank you for the kind words, Veonya!

Yeah, I'm terribly sorry that you have to go through that. I just wish that they'll come to reason... but it's way past that now.

Now I wish that they'll at least minimize the damage and not to be a complete embarrassment to the community even for a brief moment. Because of them, they made the others look bad as well, even those who are innocent. 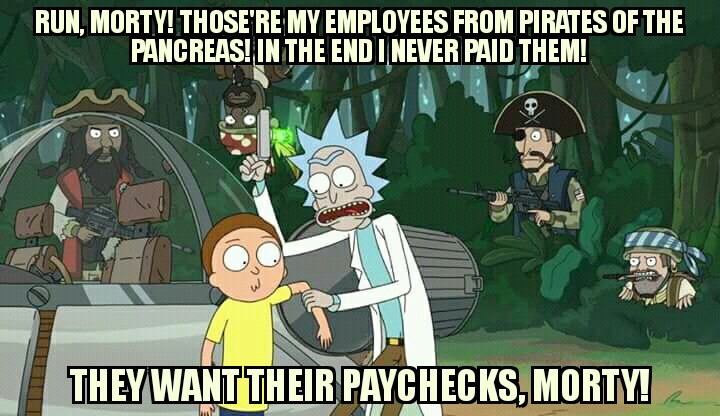