I have to admit, one of the most taxing requirements is to gather Wild Beehive. I initially experienced this when the Fairy was released, and again this weekend for the Event quest. I collated some tips and tricks I learned which let me get 450 Wild Beehive in 2 hours.

For the first hour, it was kinda slow as there were other adventurers doing the event quest. But for the last 30 mins, I noticed I was the only 1 left, they prolly changed servers since there were around 5 to 6 people including myself in the area.

I gathered around the Balenos Forest Node, using a repairable Matchlock. 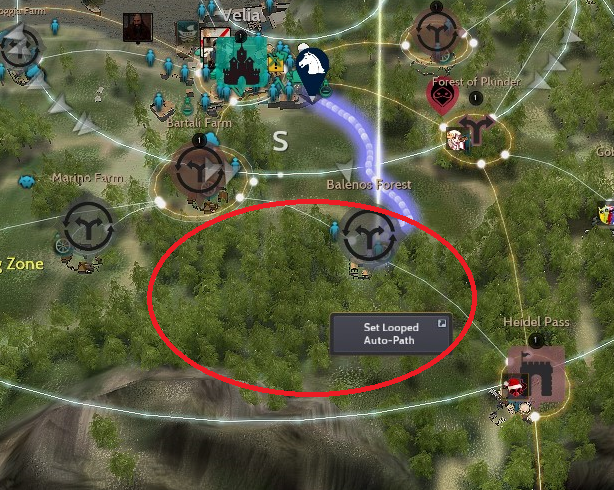 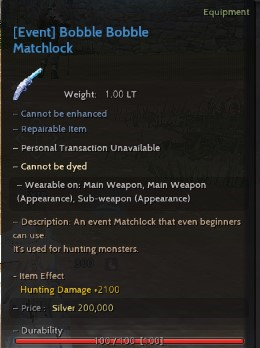 1. Ride Horse While Holding a Matchlock - you can move around faster, takes some getting used to before you can fire and ride at the same time.

2. Offpeak Hours Inreal and Daytime Ingame - The perfect combination. When I started it was nighttime ingame, and it's harder to see the beehives. Offpeak hours in real ensures there aren't a lot of players on. It also helped that I was in Heidel 1, but server population might differ depending on the time of day.

3. Search With Your Matchlock - You obviously have to really use your eyes when doing this as the beehive tend to camoflouge with the leaves and branches of the trees. But even if you don't see the beehive as long as your Matchlock cursor passes it, you will see the red hitbox with the yellow gauge. 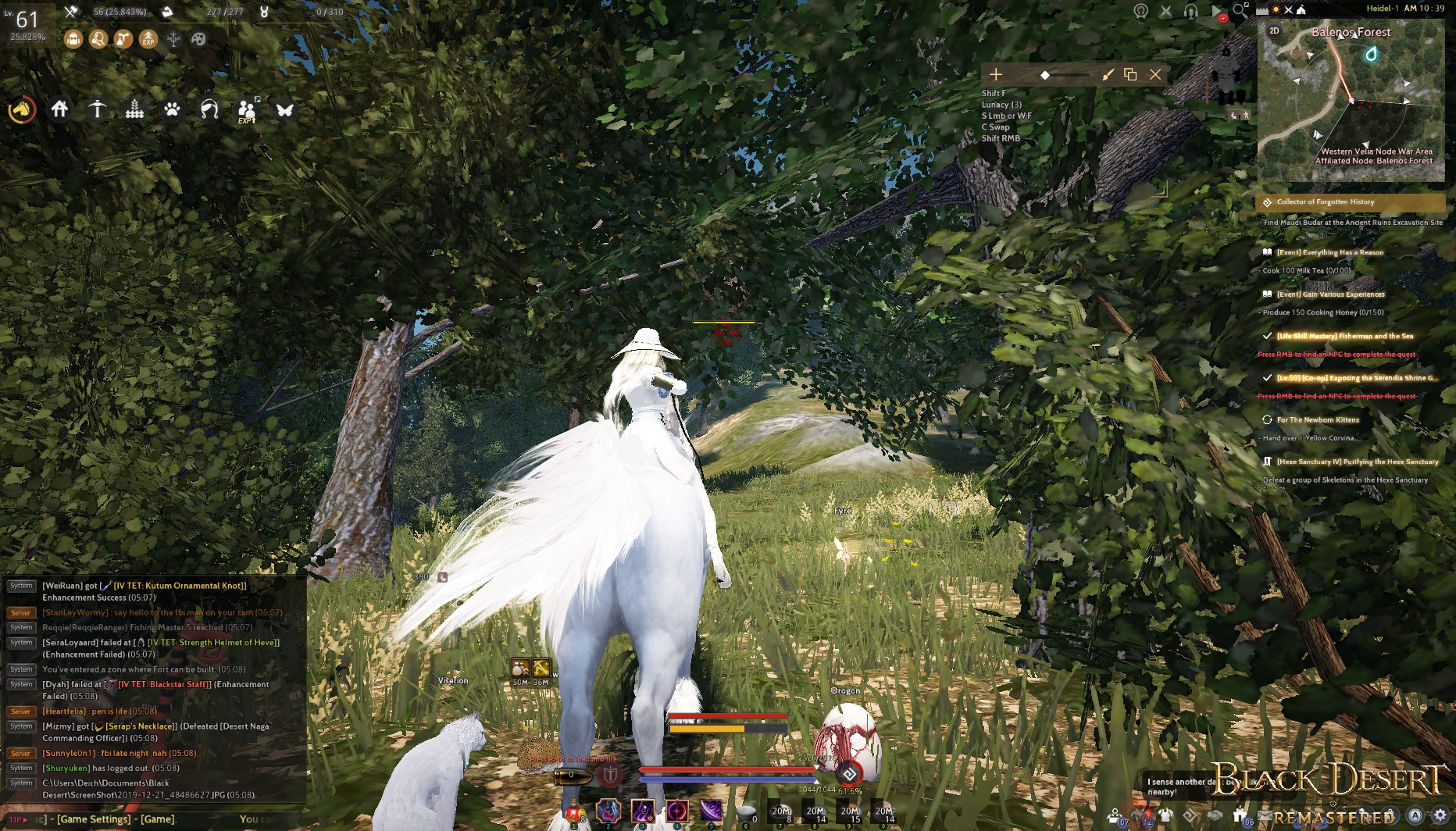 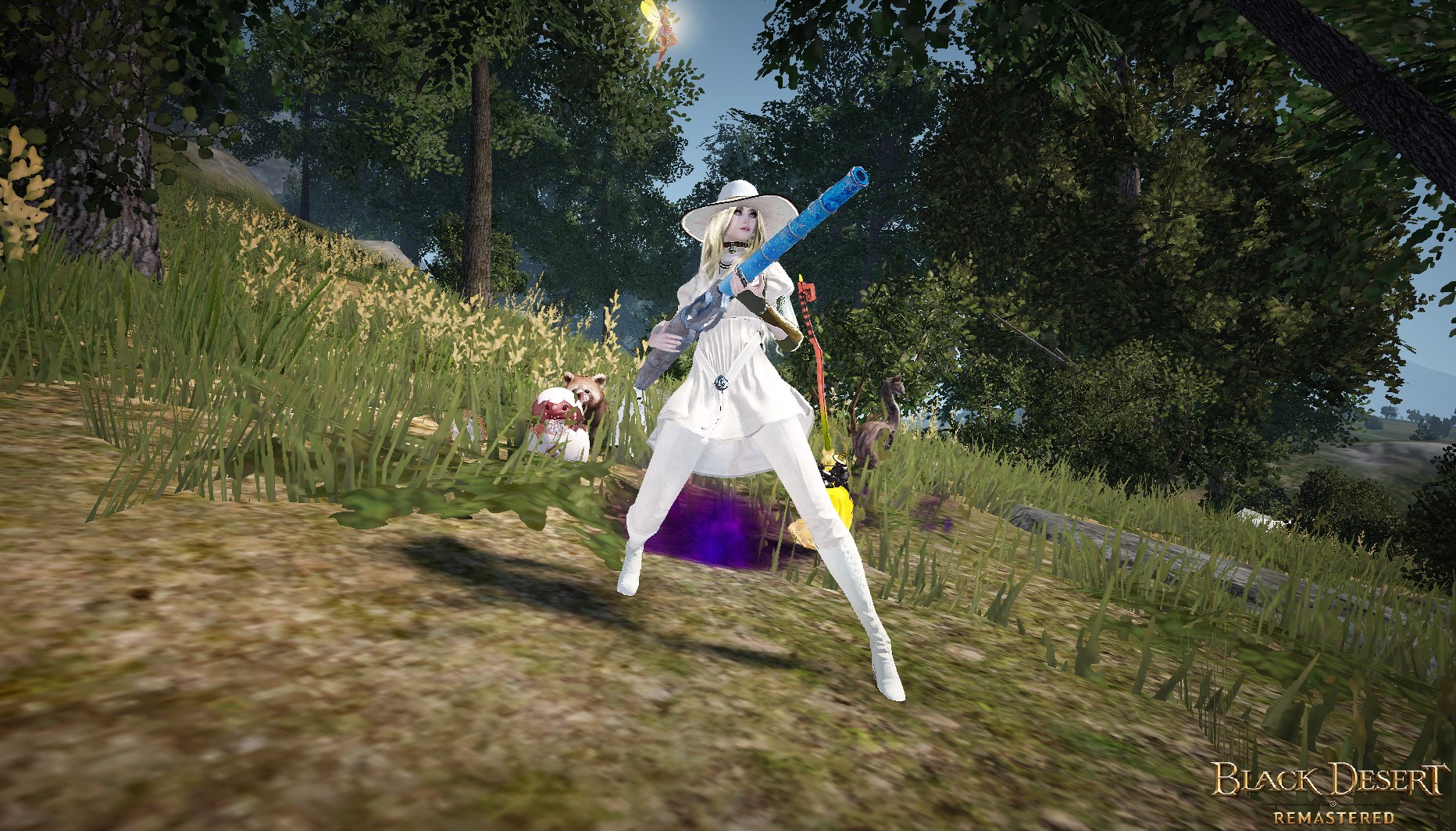 Hope this helps your gathering  for the event quest! DM me ingame if you want me to guide and show you how I did it.

With all the players getting so much honey, the honey bees might start another honey trial against humanity. HAHAHA

why isn't the matchlock white?

Thanks V and F! @V, You can't dye the matchlock. And technically, she's wearing Snow Yellow.

There is also 3 spots where you can just stand and wait for them to spawn.

Each spot has 3 beehives you can just shoot. WIll post photos later when i get back from work. They spawn every 50 secs

Wow a very helpful guide, you saved me time from searching for these beehives. Awesome!~

Thank you for the feedback Velsath, will wait for those screens.

Glad it was helpful Arcilius!

Thank you Shuryuken! I hope to see you ingame soon!

Aside from Balenos Forest, there's a spot around Hexe Sanctuary and Lake Flondor. I never try those area, so I don't really know the exact spot but some of my guildies tried it. If anyone knows the exact spot I mentioned, could try to help locate.

The practice matchlock durability goes down really fast. I recommend you to use hunting matchlock (any level would do) since not all people got the event matchlock like yours. The rented matchlock can't be use while riding a horse, if anyone doesn't notice that. It's true, faster to hunt while riding a horse because you can reload while moving around too (while reloading, you'll notice that your horse will move forward atuomatically when you RMB you need to control your horse). Just let your pet loot those beehives for you so you don't have to get down and get up from your horse.

Hi Roze, I never knew those additional info you provided so thank you!

One of the best part of the event wasn't so much of the pearls, the VPs and whatnot.

It was meeting people like you, Ibarra and my dear Shai Sisters(YOU KNOW who you are!)

May you find some time off soon, my dear sister A. Ok, I am gonna start calling you A! You started it! 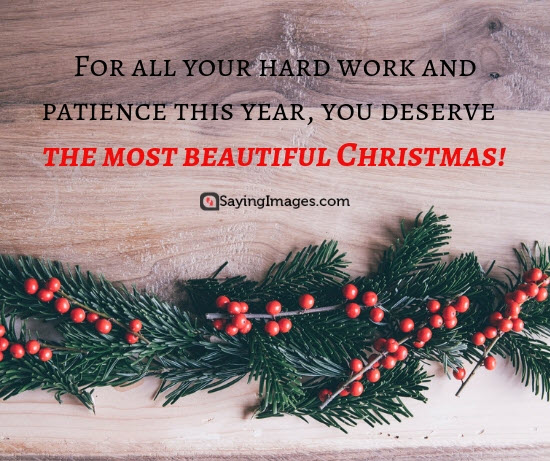