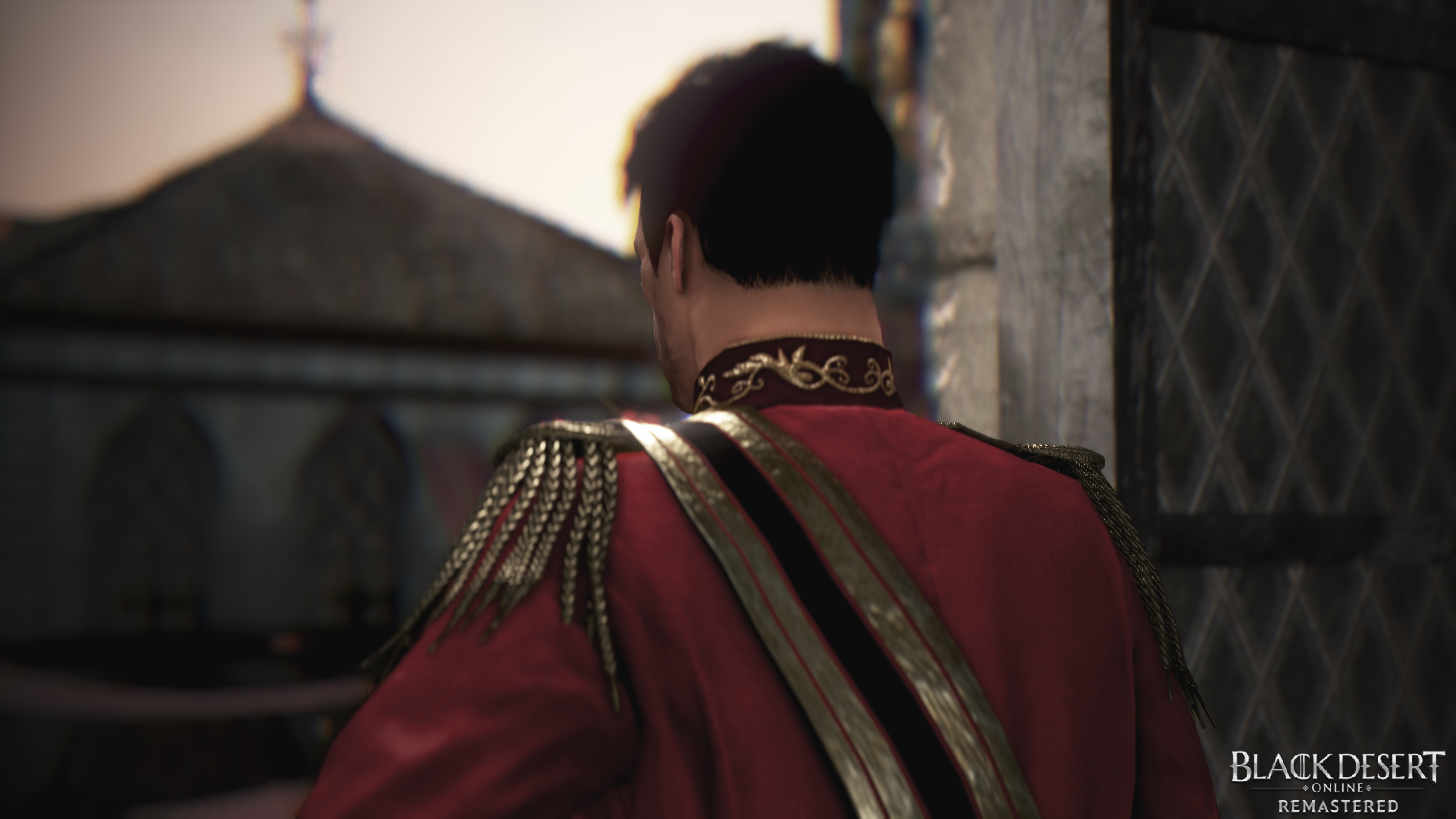 I've lost many who are dear to me during the war. My friends that I consider my brothers, and... my father and uncle. They were killed in a prison camp.

I can still remember that day. I was second-in-command of a legion led by my father. In the legion also included my uncle and his son Florentino.

We were the only legion remaining from the armies of old Calpheon amid the Knights Orders and other armies raised by the Kalis Parliament. My family has always been in a position to command said legion, some might dare say that the position is hereditary and the legion is a personal army of the family.

While we're on our way to Heidel, we were tricked, some within the ranks defected to Serendia and led us to an ambush.

Surrender was bitter but necessary, my dignity was the least of my worries. But we were wrong, we shouldn't have surrendered.

They strangled to death the lesser nobilities, tied them to a horse and dragged them in the ground doing so. The officers were tied to a pole, facing a line of Serendian soldiers with muskets. But the common soldiers... they had it the worst... my brothers... were butchered... like animals.

Dear God! That such a thing could happen!

We've lowered our arms but we're being executed!

As a sign of humiliation, the Serendians made Florentino and I face our fathers.

Florentino had it the worse between us. He was very close to his father. His father's last words were "Be strong, my son, for me and your mother's memory. As long as you live, we live on."

Then they killed them in front of us. They slit their throats with their swords.

It was our turn to die next. Our fathers' executioners are standing before us. Florentino's eyes are lifeless. He was broken.

The executioners raise their swords above our heads. But then they were hit by an arrow to their necks. Our executioners are now lying dead on the ground. Shortly afterwards, the other Serendian soldiers were killed by arrows as well.

Some of the Calpheonian soldiers that are still able rises and starts attacking our captors.

I look at where the arrows came from, and there I saw by the nearby forest, Jacinto Ibarra with the scout division and the rest of our legion.

Florentino and I were cut loose from our bounds then Florentino quickly gets up and picked the sword used to kill his father from the ground. I can see in Florentino's eyes the burning hate just as intensely as the fire that rages from within him that threatens to engulf the world.

We've lost a lot and each who died is a friend... or dearest blood. And upon seeing the lifeless body of his father... He became the very monster that he hated that killed his father. He went wild, blood-drunk.

His cries of pain at the loss of his father are more frightening to the enemy than the endless barrage of cannon fire. It took ten men to restrain him. He didn't come back to his senses until after the war.

By nightfall, the only Serendian on the field were dead, dying or captive.

The day is ours... but the war is not yet over.