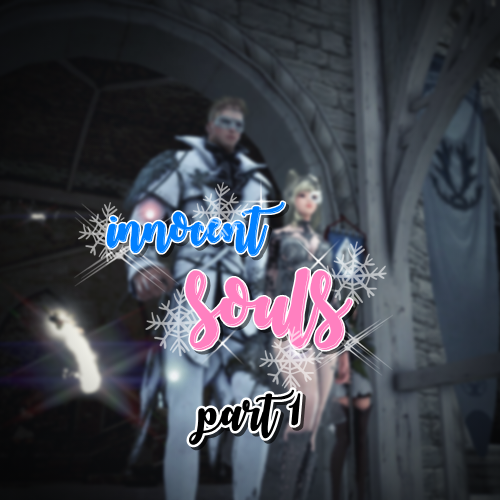 TALE OF CAT-WITCH AND NINJA

Rozenelle is a witch. She was born and raised in Calpheon from a noble family. Her family coming from lots of backgrounds - from generations to generations. Her parents were adventurers and they passed away due to an unknown diseases they caught on while travelling. She was favored alot by the Priest of Calpheon, Leona. As years passed by, the Kalis Parliament decided to banish her from the Capital - it is said as her family actually involved in the corruption, even before her parents' death. For years, she lives everywhere but Calpheon. She is adventurous, like her deceased parents. 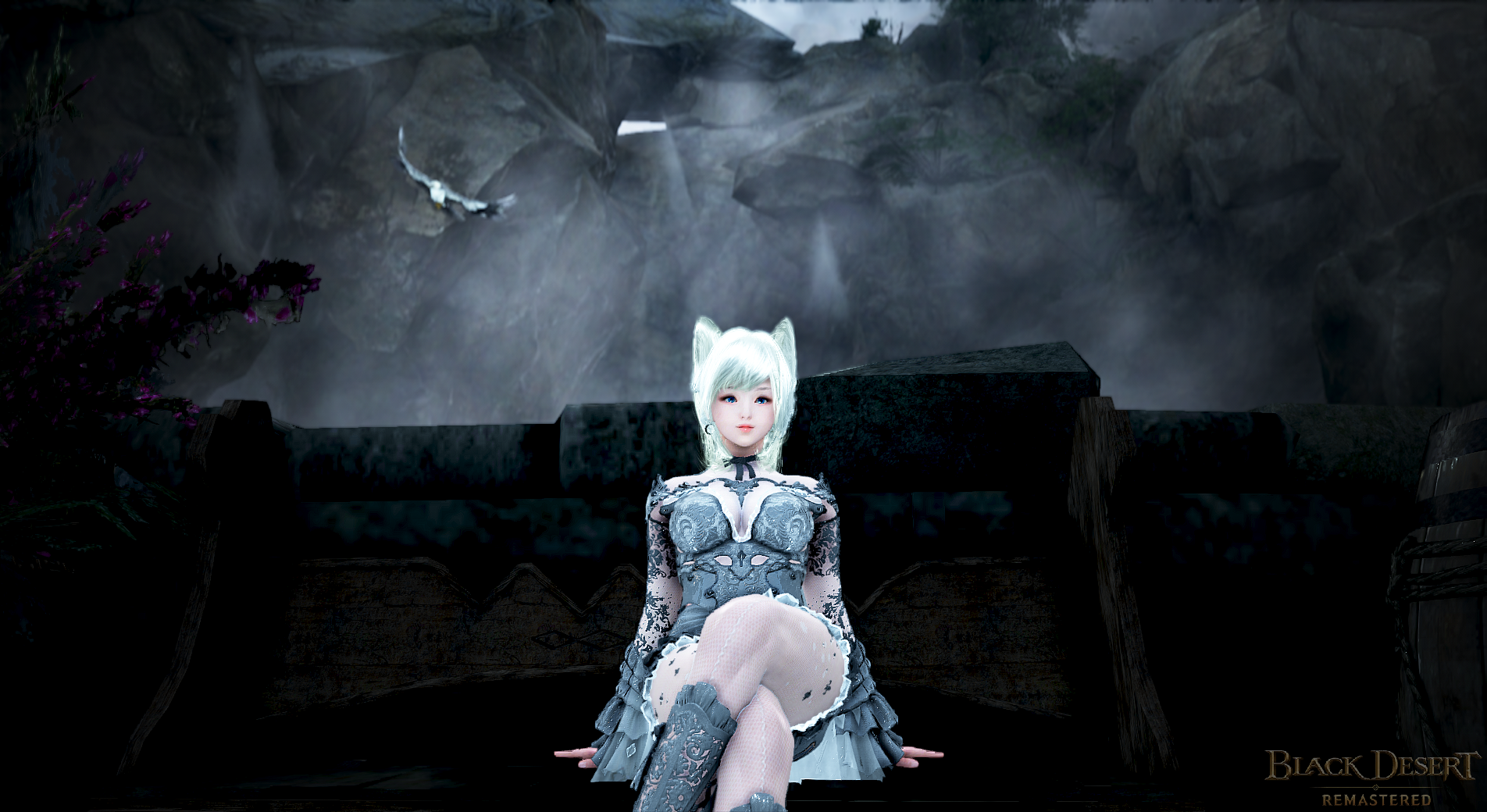 GD is an assassins - more known as ninja. All of his life, he never sticks in a same place for a very long time. He was raised in Calpheon but his family is not living as well as Rozenelle. His family actually living the outskirt of the Calpheon City. The day his parents was taken away from him because they were suspected and accused being infected by the plague that circled around Calpheon, he swore that he would get his revenge for them. He soon accepted into the House of Narusawa - he was trained for years and was appointed to be the Head of Narusawa. He came back to Calpheon few years after, only to find his parents' tombstones. Since then, he accepts payment for all his deeds - a real assassin. 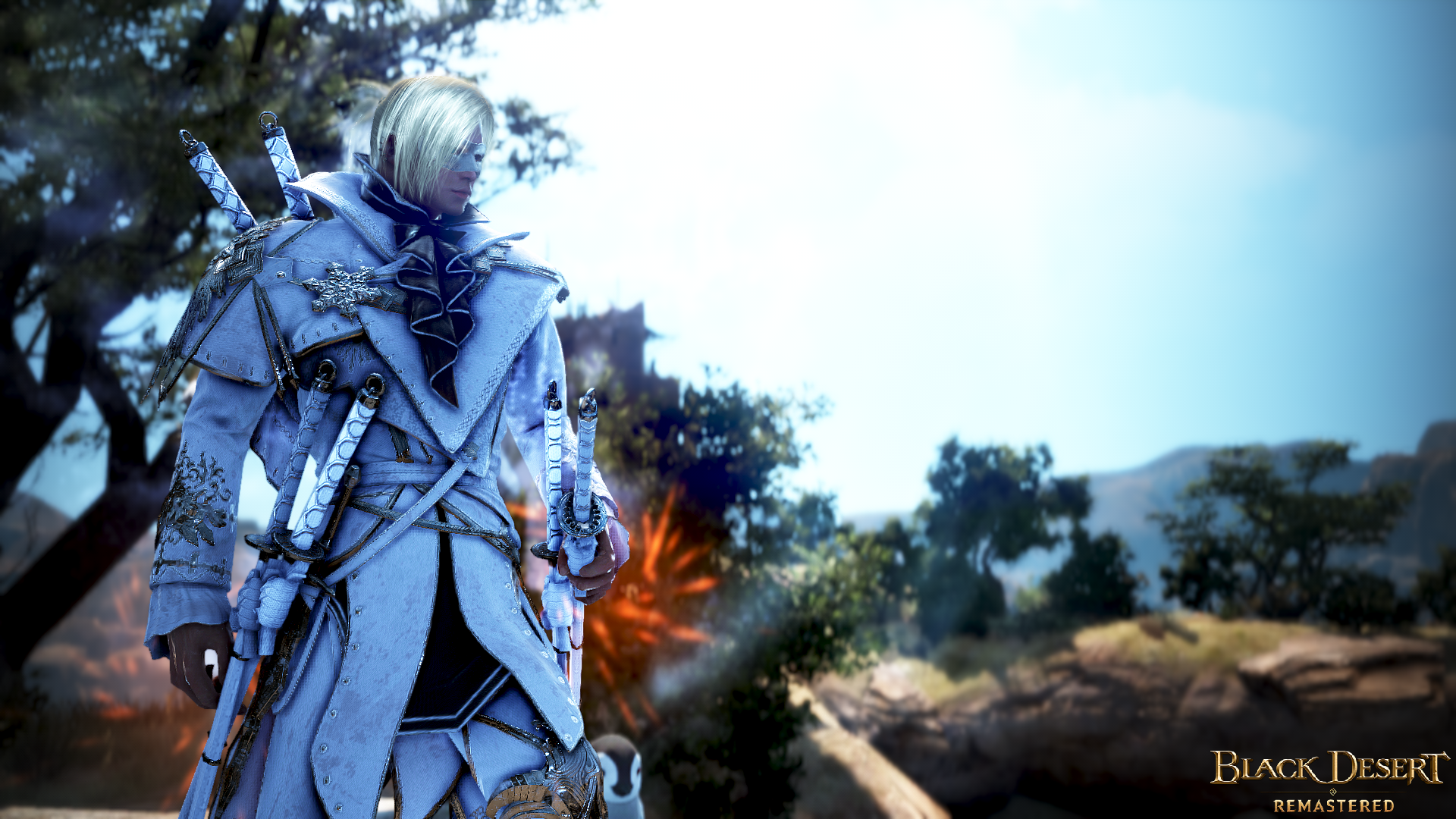 One day, both Rozenelle and GD was called back to Calpheon. Rozenelle was found residing in Duvencrune, capital of Drieghan - while GD was captured during one of his missions. They both were summoned by the Kalis Parliament who in need of help from them as the trolls starting to attack their men and raid their camp located at the North of Calpheon - Anti-Troll Fortification. Rozenelle was the first to reject and refuse to help, but the Parliament threatened her. If she refuses to help, GD will be punish for all the havoc he did for the past few years in Calpheon. In the end, they both accepted the 'mission'. 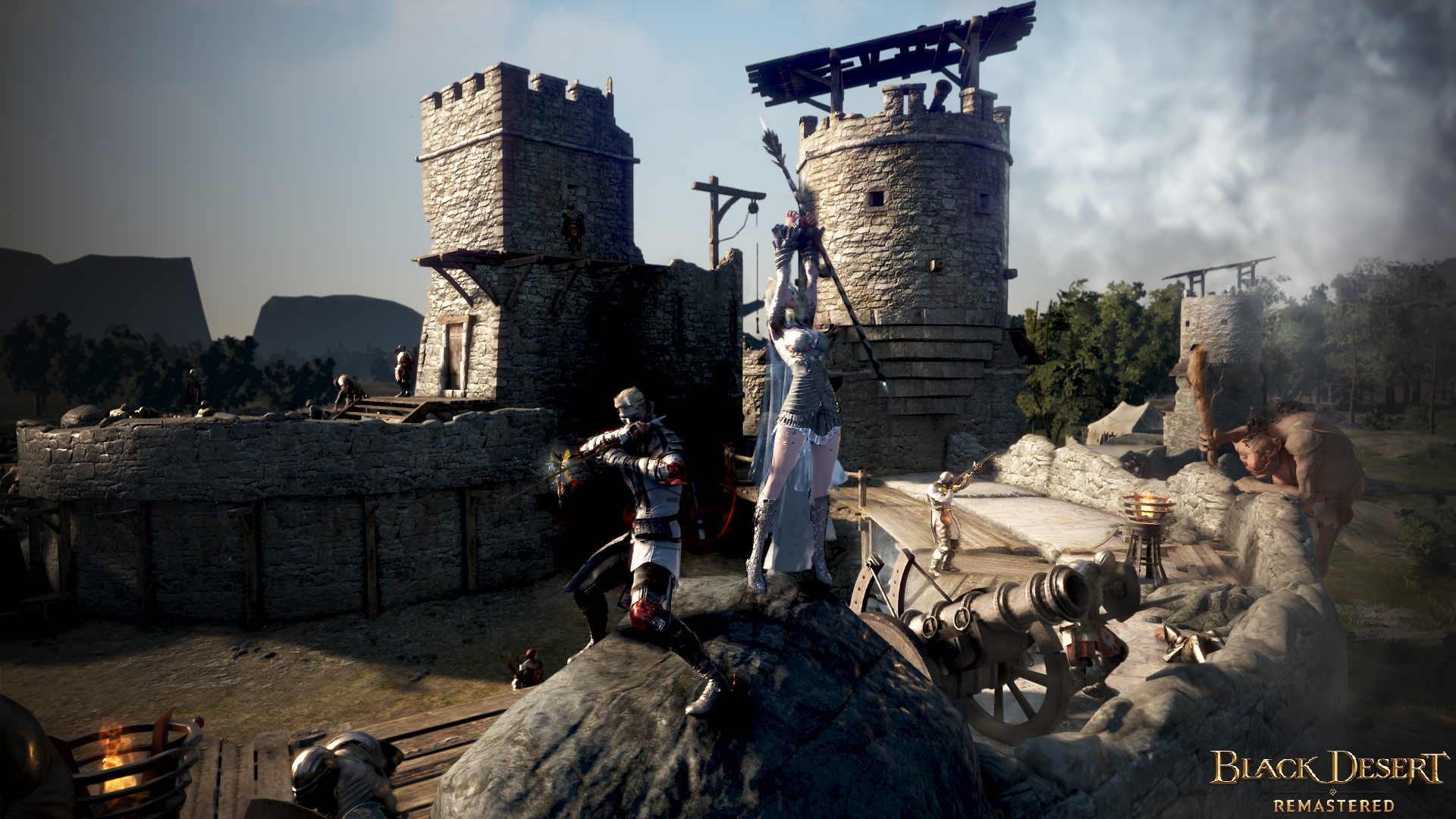 His main mission was to protect her while she clears out most of the trolls. Their teamwork somehow just clicked and they protected each other. They fought side by side for almost a week until the new recruits come to their aids. Worn out, they went back to Calpheon and was offered for their old rights. They both refused the offers and decided that they will be better from being tied with Calpheon. The Kalis Parliament a bit salty with their decisions but decided that they both are free from any accusations has been made before. They are free to go and come - in exchange, they will still work for Calpheon in the future. After the event, Rozenelle and GD becoming friends and partner in crime - as what she likes to call the bond between them.

Hello, everyone! Must be shocked to see me writing story instead with pictures filled! *w* Hahaha. The reason I starting to make a story because I was inspired by Starsfall's post - about Archer and Ranger - FAEHLAN AND QALENE WEDDING. So I was thinking, since my partner in crime - GDAssassin likes to take in-game pictures (same like me), why not I make a story out of it? I've been imagining what story these two characters might hold and, here it is! My goals through this story is to promote how much fun this game could be with other players! Expand your imaginations!

Sorry for the weird story-line, grammatical/spelling errors and sorry if it's too cliché love story made by me. TwT Hope I can update more parts soon! #dontplayalone series will be coming up soon, hopefully! [Edited: 25/2/2020 - #dontplayalone is live!]

I CAN'T WAIT FOR THEM TO MEET ALREADY AAAAAAAAAAAAA
GD SO COOL AND HANDSOME, ROZEN SO CUTE AND PETITE

Very good introduction so far! I love it Rein!
Looking forward for Part 2 !

jokes aside, very good writings intros on both chara!

@Qalene - their real adventure is about to begin! More like lovey dovey adventure *coughs*. More to come, hopefully. owo'//

@Veonya - we need a male Shai and make our little Veonya got her own boyfie. uwu No worries, you got us to play together~

@Faehlan - I'm waiting for more stories from you and Qalene. More babies? OwO

Can't wait !
hahaha boyfie for toff, we can find a zerk uwu

Don't worry about the weird story-line, grammatical/spelling errors. It's all fine! Actually, it's not bad and I pay it no mind if it's weird. A story doesn't have to be fancy or following any guidelines, it's about sharing to the world what you are thinking.

To be honest, if this is your first time writing then you're far better than I was the first time I started writing stories hahaha.

Took me two months and a lot (and I mean a lot) of criticism (and bashing from my friends) to fix my errors of all my stories (yes, all of my stories that I've already posted) to bearable levels (to them at least hahaha).

The key is just to keep doing what you love and you'll eventually get good at it.

I'll be looking forward to your next stories to come. 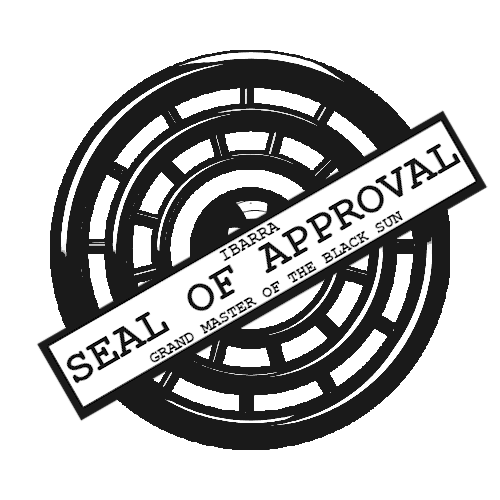 @Florentino - thank you for your feedback, Ibarra! I actually did wrote few stories before (somewhere, I forgot where I posted them) then I stopped, for a really long time. I was nervous actually while writing this but, I DID IT! And it's hard when English actually not our first language and I have vocabulary problem - too limited, haha. ><

P/s: I'm actually waiting for your seal to come!

We have succesfully delivered Ibarra's 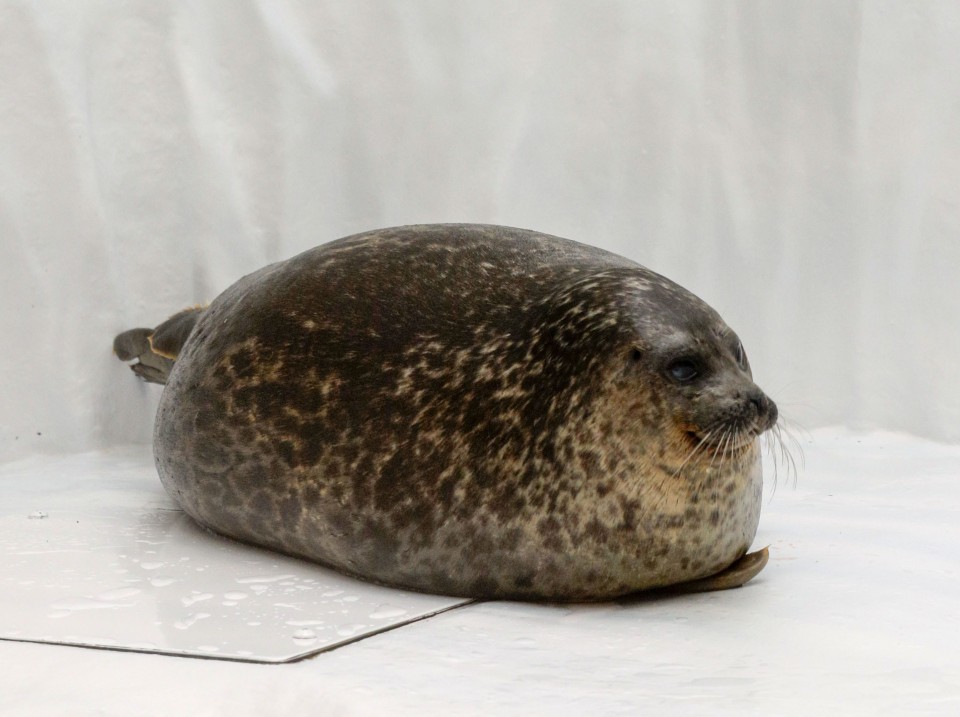 @Veonya - what kind of seal is that? owo"

@AizawaNarumi - hi, my cat-witch twin uwu I let you know when new part comes out!

@GDAssassin - oho, but I'm a pleb. Just pretend that I'm a very talented witch in this story. Hahaha.

@Centilia - sooooon part 2. owo"// I need to brainstorm for the next part.

Since we still don't have Ibarra's seal of approval (waiting for him to ask me to make him one, lol), let'se use my old 1 first! Good job Roze, good read! 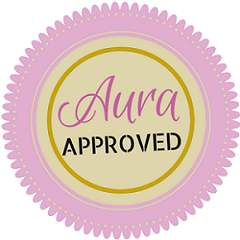 I hope everyone and their stories interconnect with each other, that would be very exciting!

Keep up the good work~

@Aura - thanks for the seal! owo Pray that I release new parts soon. Hehe.

@Snowlion - I've been imagining about the back story for all of my characters since when I'm about new to the game. The customizations and the sceneries in the game really make me daydream lots. (I even literally have the stories iappear in my dreams *cough*).

Thank you, everyone! For all of your feedbacks and comments. I appreciate all of it <3

I love the hashtag #dontplayalone. I have an upcoming segment, to be released this April, after the conclusion of my BDONTM. It's related to #dontplayalone. I'm super excited about it, but need to finish BDONTM first.

@Aura - The purpose of #dontplayalone is mention at the end of the first post. We could see how lots of people just went on grinding and grinding, mostly solo, until they're tired, proceeding to AFK - fishing, training etc. Hope with this #, we can make more friends and get to know each other more. With this, I hope players will find more fun to be around their friends in-game.

Can't wait to see yours! I hope I can link yours too, soon. The more, the merrier!

Posted the 2nd part of the story. A tale of another cat-witch!