Yahallo! Welcome to “Aard’s Ultimate Wizard Guide” for those looking to push their understanding of the character to the next level~

This guide is based on my personal experiences as a Wizard, it will be further updated as time passes by.

I’ve only been playing Succession for a little while but I’ve been trying to fully understand how the class works ever since it came out.

I recommend reading my other Wizard guide to understand the basic principles of the class, as these two guides overlap in some areas.

The only difference is in how the skills work, your overall role should still be the same.

I’m not the best Wizard, obviously. I’m also not the most geared Wizard.

This guide will cater to both who have just switched from Awakening to Succession and to those who are trying Succession for the first time.

Succession Wiz is the counterpart to Awakening Wiz that belong to the same class. The most noticeable differences between both classes are the following:

A lot of people who switch over from Awakening to Succession will complain about the lack of S block and how 'unprotected' the class is. However, this is a slight misunderstanding. From my opinion, Succession is way more ‘protected’ than Awakening due to the revamp in the skillset, this will be further explained down below.

In this section, I’ll be highlighting the main aspects that players should understand when using Succession.

Succession requires your attention at ALL times.

There will be a lot of Awakening users who will agree with me here when I say that using Awakening Wizard is pretty “braindead”. This applies to both PvE and PvP.

Succession uses an aggressive playstyle in order to maximize the efficiency of each skill.

You need to cast skills at a fast pace, if you mess up your tempo, you won’t be able to dish out as much damage as you want to.

These are my hotkeys that I’ve been using for Succession, but I’m still trying to further modify it to suit my needs.

“How do I pick which skills to upgrade in the tree?”

First thing you need to be able to do is figure out how to access the Succession Tree after you’ve done the quest and everything.

If your skill points are below 1700, then you don’t need to learn the following skills as they’re not too important in your core combos:

You should be able to learn the ‘core skills’ (non-damaging) of pre-awakening such as the following:

Now time to go to the Succession Tab

You should be able to learn all the skills that you want, except for the following: (Below 1700 SP)

Now, there are different skill trees for the skills in Succession.

It really depends on your preference and playstyle. If you’re aggressive, take the skills that are on the 2nd part of the skill tree.

If you’re more on the passive/defensive side, then choose the first skills in the tree that deal less damage but does more utility like CC, SA, Slows, etc.

How to PvP as a Succession Wiz

To be honest, I like to PvP more with Succession than with Awakening.

This is probably because I find the kit quite interesting and I’ve grown tired/bored of Awakening Wiz.

I’m not allowed to lose a tempo in Succession and each skill has to have meaning in the context of the fight.

I’m not allowed to back-off and be passive too much due to the lack of S-block.

Casting skills in sequence will make them "insta-cast" so you can make use of this when doing aggressive plays with Teleport or Earth-Response.

The main thing I like in Succession is the fact that “Teleport” and “Ultimate: Teleport” are two independent skills. Meaning instead of using both double TP at once, you can split your teleports to a shorter range but higher frequency, this makes it REALLY hard for other players to catch you especially for grab classes. Your mobility in Succession is way higher than in Awakening.

Earth Response has SA on succession and combined with the independent Teleports, you’ll always be a moving target on par with iframe classes like Ninjas and Sorcs.

Things you need to take note of in this part:

-Not allowed to be “braindead”

-Not allowed to be too defensive

It’s hard to lay out here different combos for succession due to the different builds in the tree.

So, I’ll be sharing some of my personal combos that I use in PvP. (I switch skill trees around from time to time)

Using Areal on Explosion will transition better into Bolide due to the "downsmash" which can channel Meteor: Focus more cleanly to make sure the enemy stays down the whole time.

The same as the previous combo but this looks better and confuses the enemy more due to the double teleports.

I recommend getting used to doing turning ur camera while using Earthquake: Evade in order to control how far your character travels when it dashes back. Doing a 360 will ensure your character stays in-place during the skill.

This is useful for enemies that are very aggressive, it's also a pretty good starting combo if you chain it well with Teleport in the beginning to make Frigid Fog insta-cast.

Using teleport or Earthquake: Evade can give you the distance you need in order to do this combo

This is for high-pressure situations, either you're pressuring the enemy or the enemy is pressuring you. Earth Response has SA so don't be afraid to use it when it's off-cd.

This is just a fancy combo that I like to use to confuse the enemy, The amount of mobility during the execution of this combo will usually shock enemies into typing in gen-chat "wtf am i fighting a sorc or what, how do you move so fast"

This concludes my guide for now

This guide won’t make you a good wiz, it will teach you to be more aware of how your class works so that you can further improve yourself.

Thanks to Succession, Wizard has become fun again. I don’t think I’ll ever come back to Awakening as my main build because I’m having way too much fun using Succession right now. I’ll most likely be making a YouTube video showcasing both Wizard Succession and Awakening since it’ll be easier to guide in video format.

Aard#9886 – Feel free to contact me on discord if you wanna hangout in BA. I’m also interested in learning more about Wizard and I’m pretty sure there are a lot of Wizards out there that know more than me, and I’d like to learn from them as well. 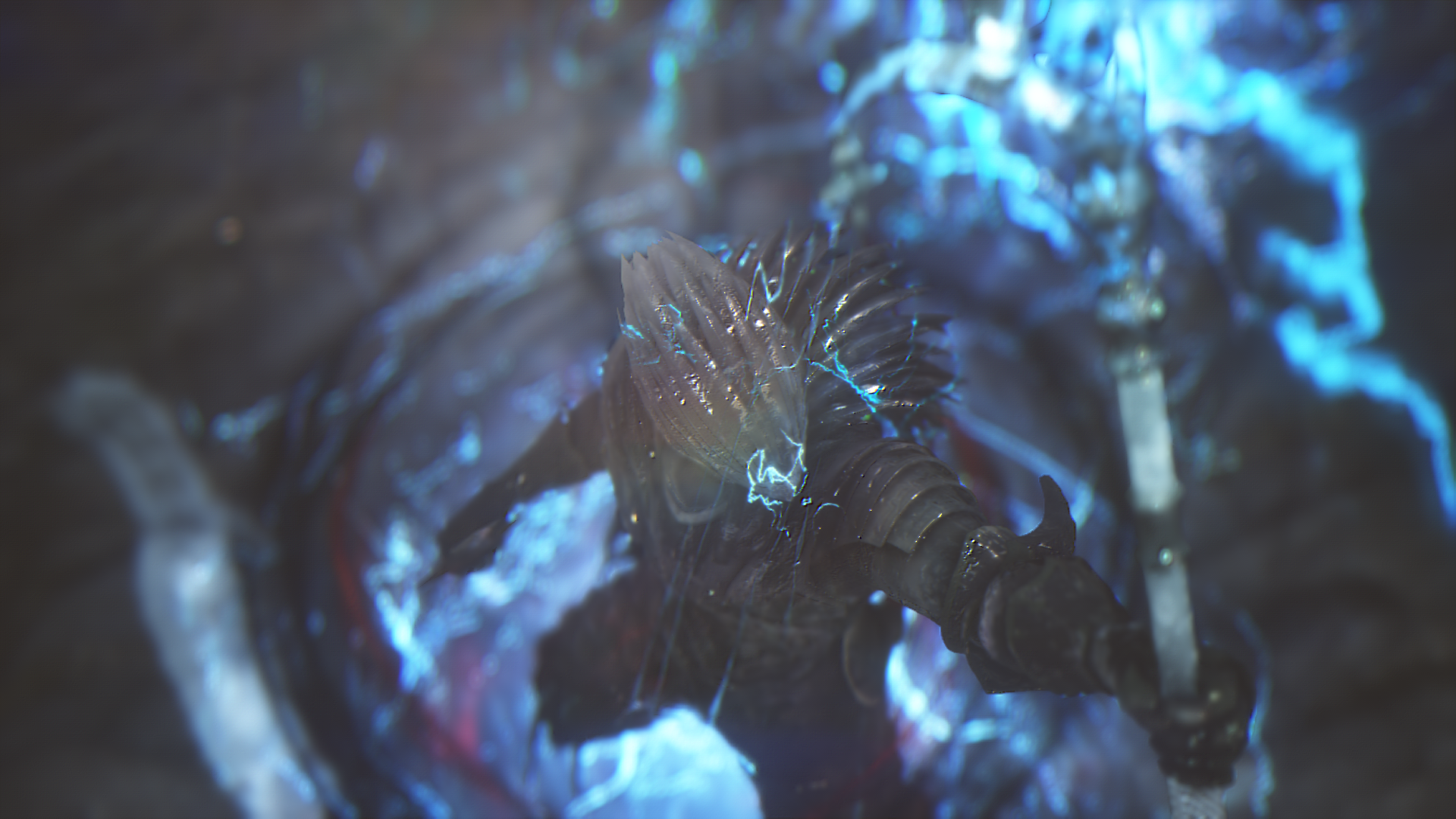 Please stop being obsessed with me. It's creepy, dude.
You use NPC to track where I am and try to kill me but you have a hard time trying to pk a Wiz who is using PvE Buffs and Gear? While you're using full buff even with draughts?

You also stalk my Facebook and try to use that as "trashtalk" in-game? And now you even look for my post here in BDO site just to leave a comment? Creepy lmao, so desperate.

Koufax talks shit so much that he plays like shit too.

Hi Aard, I think this guide was written with the newbie's interest. So good job on that. The details are just enough to not overwhelm the reader.

Regarding the unfortunate comment, just take it in stride, I guess the consolation is there's no auto translate so not everyone can understand the slang. I personally think, that when people are this angry, they are going through something difficult in their own lives, and the things they are saying about you, are reflections of their own reality.

I was also able to catch a few lines of you singing. Best Part is one of my favorites. Safe to say I fell in love... with your singing.

Thank you for the guide! I recently want to try out Wizard's succession so this guide will help me alot as it is user friendly and detailed as well, thanks alot again! ^^

Witch's succession and wizard's succession is almost identical and similar - when I have enough AP or SP, I probably try the succession again. I did try it before but it feels a bit slow to me. Also, I heard the witch's succession is good for PvE than PvP so I have a little trouble deciding since I actually like both type of PvX, probably because I'm still haven't mastered my class fully.

A very good guide and tips. Might refer this again in the future. Thanks, Aard! :D

omg I just checked back on this guide to send to a friend of mine learning wiz, and I only saw the comments now
thanks for the kind words everyone <3