Today i'll show you Collection #4 and a 90's Themed Collection.

For now, enjoy the video.

Was the music good? Any feedback would be appreciated :)

Now to talk more info about this content, i will separate it by topic.

The information below is not 100% accurate

and is solely based on my own gameplay experience

and other players from test server.

So there would likely be mistakes or missed information somewhere.

Also this game is not out yet on live servers and may be subjected to change.

There is a "Rank" or "Rating" for shai (the translation is rank but a korean in Test Server calls it Rating.)

Also ranks will prevent low ranked shai from playing any songs with a high rank, so you need to rank up. 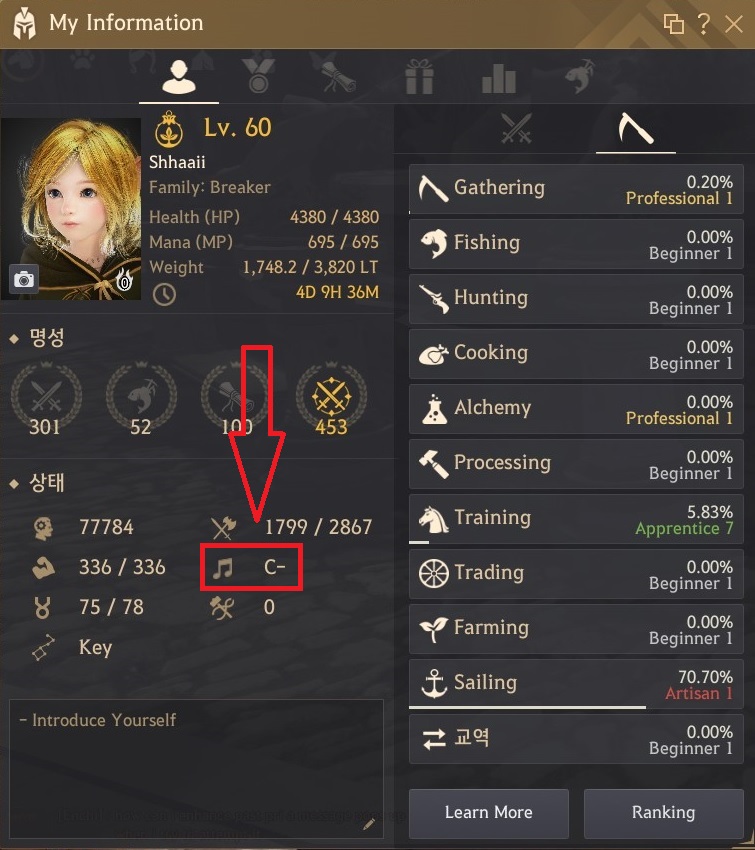 This is where you can see your rank for shai.

To rank up, you need to do daily quests in recurring tab for shai

there are 13 total quests available.

How to play with other shai as a band?

So in order to play with other shai's you need to have the same music sheet and have a high enough rank to play a song that has it's own rank.

so for example the song you want to play is a Rank D song, all shai's in your band must have a Rank D or higher to play the song which is Rank D.

Also you need a song that was made to be played by 2-3 shai's, so you can use all/2-3 instruments which is guitar, flute and drums.

I will tell you how to do it in Test Server first because there will probably be a "Music Album" in the live servers so people can download there directly.

Now to have the same music sheet you must give it to them by discord or by other means of upload/download.

The destination folder of the files are in Documents>Black Desert Lab>Music. 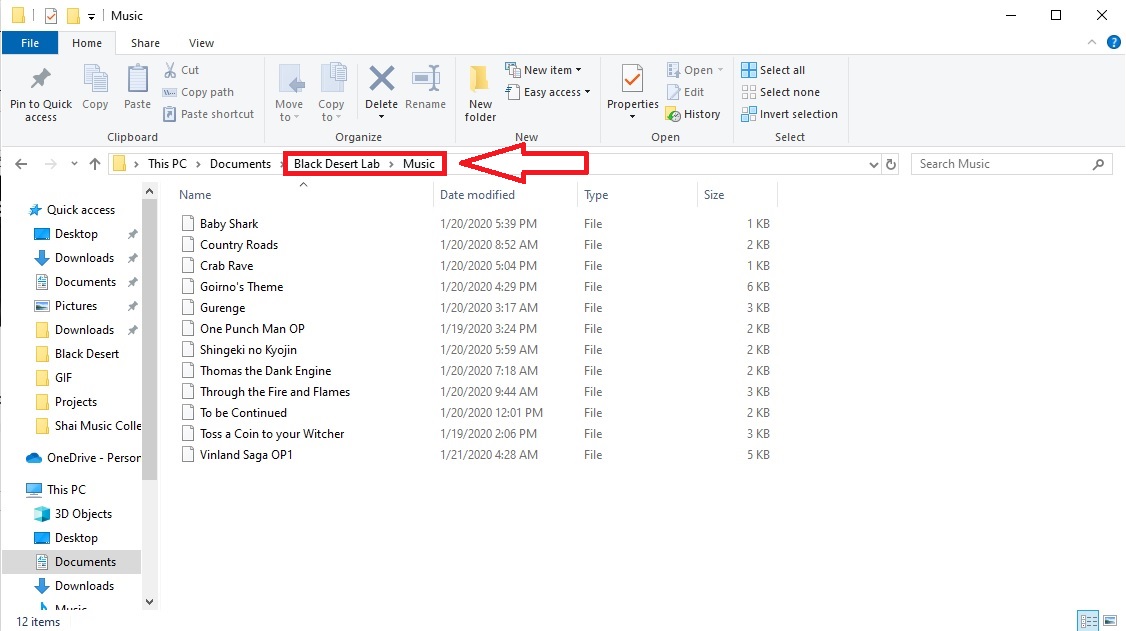 Now i know and tested you can copy&paste the song files to others and this was the method we used to play as a band in Test Server.

You don't need to close the game to update your song list, it will pop up instantly even when you're in-game.

One thing to note is that you can't play songs near other shai's that is currently playing a song and is not in your party/band.

Screenshot of Shai Band. I wasn't able to record our performance. ಥ_ಥ 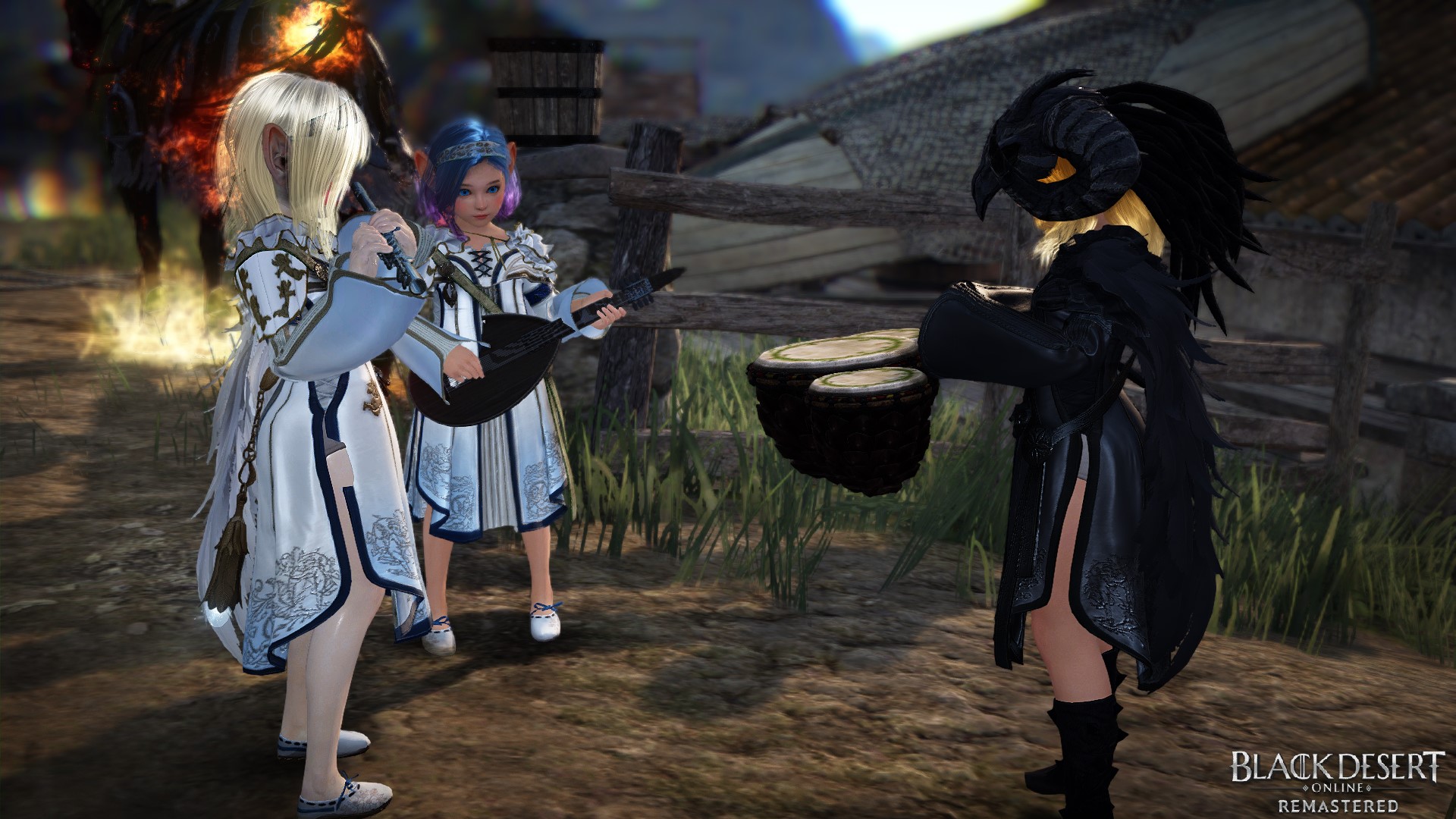 Can i play while riding a mount? What are my limitations?

Sadly, you can't play music while riding a mount, tested on a horse and donkey without the Just Chillin" skill.

You can play while standing on Boats/Ships, tested on a sailboat. Yay! you can liven up the guildies while on the galley. (~˘▾˘)~

You can play songs even in combat zones but will probably dangerous because you won't be able to move while playing.

The song will be cancelled if you get CC'd or die so you won't be able to annoy people to death with meme songs for spot!

Also if you want to give this a try, go register in Test Server and maybe leave a comment here so i will give you a sample music sheet you can try.

We could even play together as a band, i'm looking for a shai that can also play Rank D songs so i could make a band cover next. :)

What are notes and Bars? Etc. 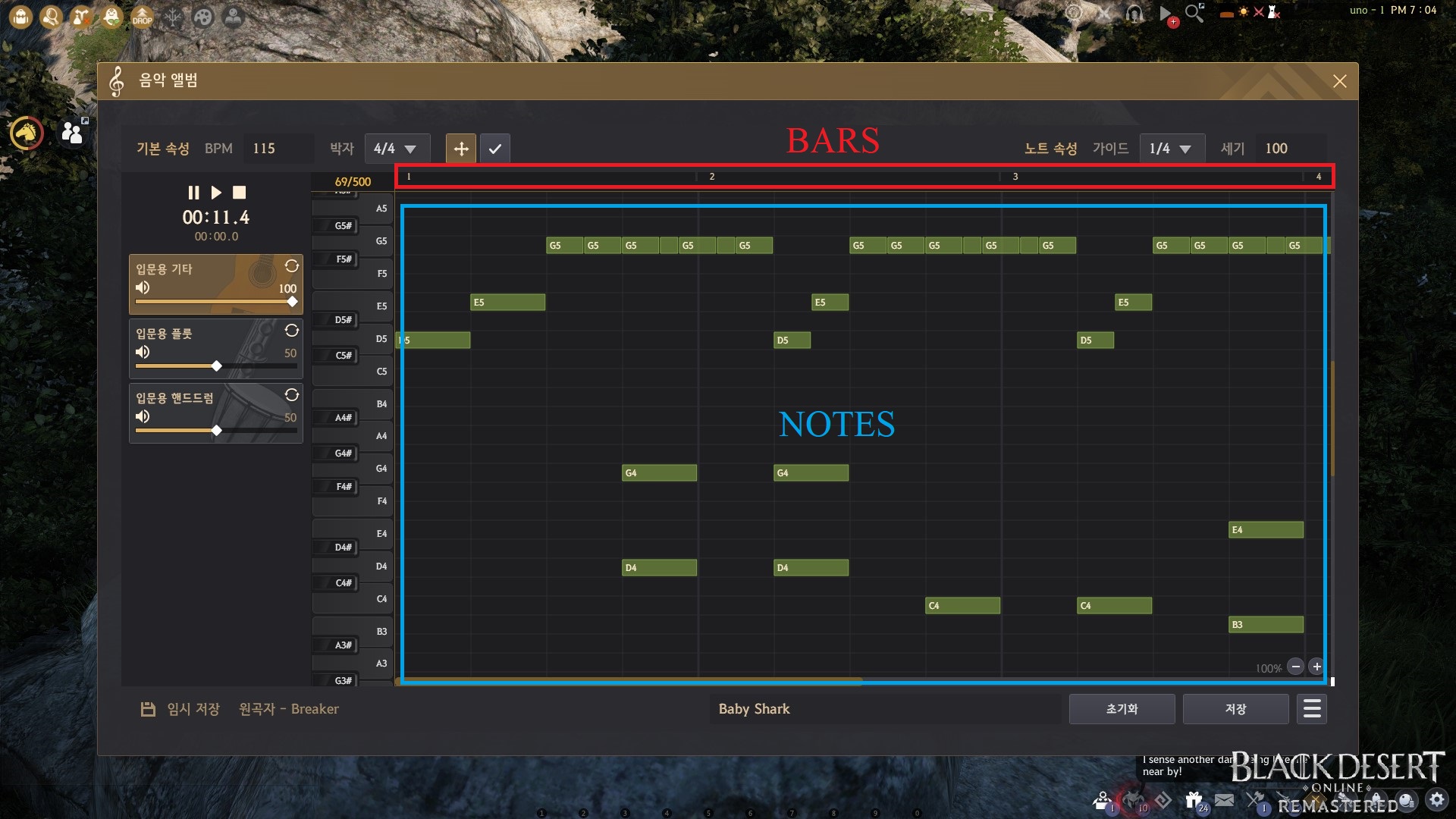 Bars are labeled with a number that can be seen on the top part of the composition page, while notes are the green ones with letters and numbers inside them.

It will sound slower if the original song you're making is supposed to be higher than 180 BPM.

Here is the roadmap for 2020 posted in SEA website:

Here is the roadmap for NA servers: 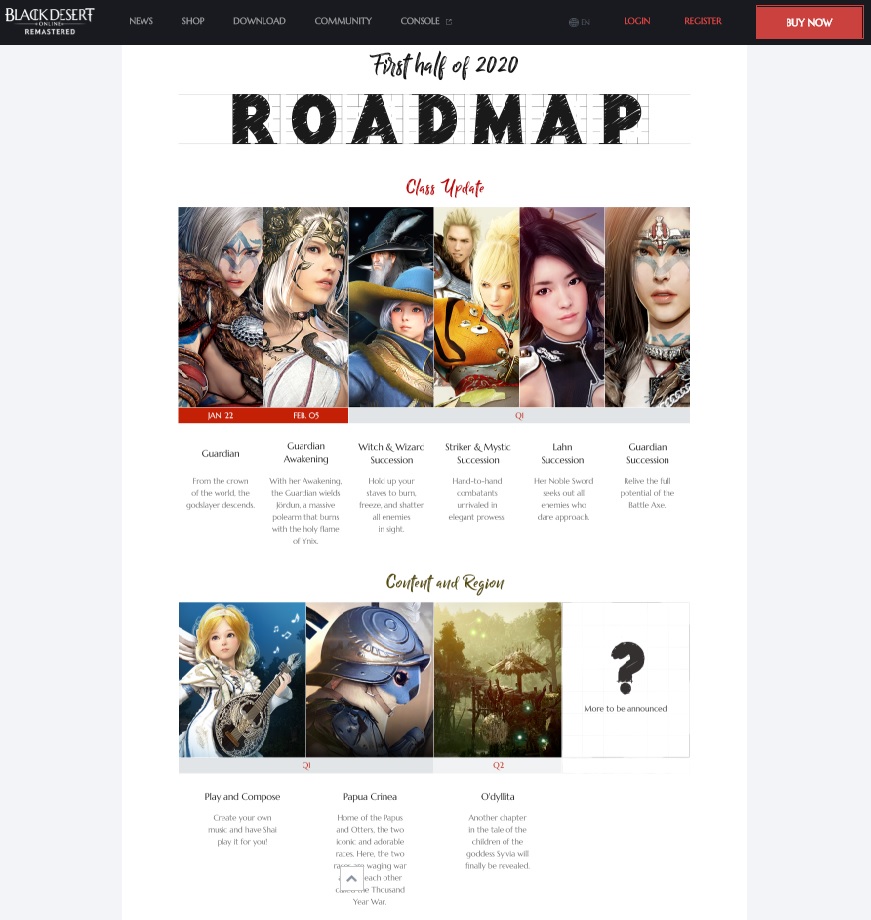 How long does it take to finish a song?

Depends on rank and note intensity.

If i were to make a rank F song i will cut out the rest of the song and only choose the best 30 bars length since that is the limit of rank F.

let's say i make Rank F Country Roads again, it has low amount of notes which is only 82 notes but reached 30 bars length.

It will usually take me 15-30 minutes with that low amount of notes.

But for a rank D or above, it usually will take 1hour or so. Specially when i have to edit the song if it won't fit all the notes anymore.

So i apologize if your request didn't make it in the collection, it usually takes a lot of time and some songs doesn't have a good music sheet or none at all.

i also can't open both Test Server and Sea server game at the same time, so i don't spend too much time on Test servers.

So if you want to try and create a song yourself, you can test it out on the Test Servers. Some may find this really hard and time consuming but i hope you won't get discouraged and still try to finish a song.

Well, i guess that's all for today. I hope you enjoyed the songs and bits of info i added. I will add/edit the post if i miss or forgot something important.

WTFBloo - for letting me see what it looks like in Music Album for Shai in KR server. (wasn't able to get stream screenshot)

Test - for sharing KR band music with me so i can test it and giving info about KR. (there was a korean letter at the end of his name).

I am currently looking for a Rank D shai in Test Servers which is kinda hard.

So if you have one and want to play some of my band music sheet with me, you can try leaving a comment here and we can play together :3

Add me if you want to try or ask me something.

Where shall we build you school of music in Florin SUPPORTER Supporter from the family Supporter? 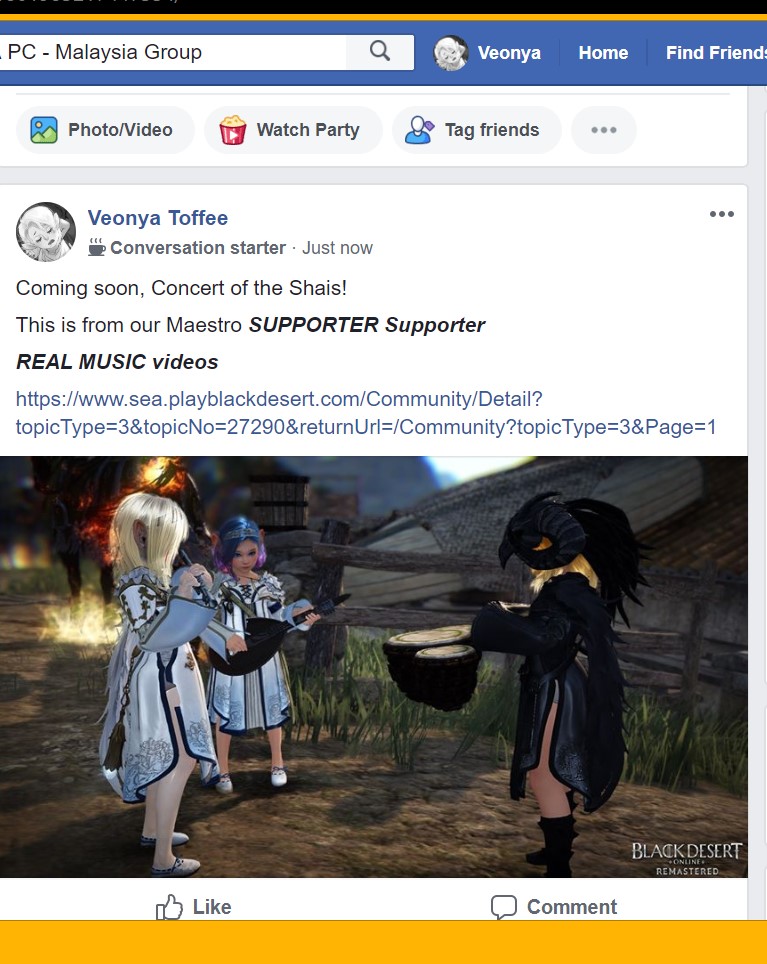 They were my first audience xD 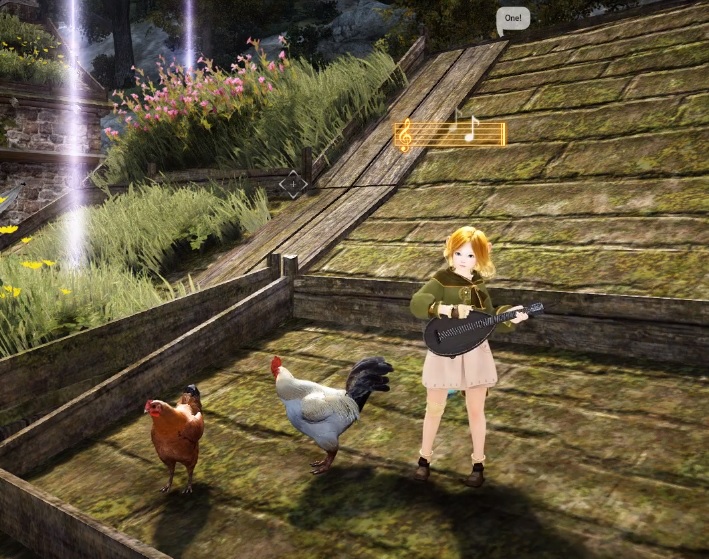 Thanks for sharing! :D

Love the videos @ Supporter Thanks for the guide! 🌹

@Supporter, I saw the #5 installement in YouTube, but I don't think you've posted it in forums yet? Great stuff as always! Please play my previous requests :D

@Auraenys Oh yeah, i didn't get to make a post about it. I forgot because i slept right after i finished. _(°:з」∠)_

Thanks for the feedback and reminder! :)

Also your song request has been completed and will appear on the next one, i actually made it a long time ago but i made it for a band music and i couldn't find another shai to play it with so i just remade it for solo play. (づ￣ ³￣)づ