Greeting adventurers, today I'm going to cover on what node to invest for a passive income and also building the node empire progressively. Do note that, what I'm going to share is based on my own personal opinion and setup I currently have. I will start off with Velia then subsequently progress accordingly.

* As this round topic is long, so I decided to break this to few series.

Before you want to invest in any nodes, make sure you have contribution points (CP) and also workers. You may refer to my short explanation of what CP about here.

Starting off at Velia

I believe, Velia will the first town that everyone adventures will step onto (It used to be Olvia way before PA revamp the story quest). For beginners, you will get about 10 CPs if you by interacting with NPC between Western Guard Camp and Velia. May refer below nodes and interact with all the NPC you from the node. 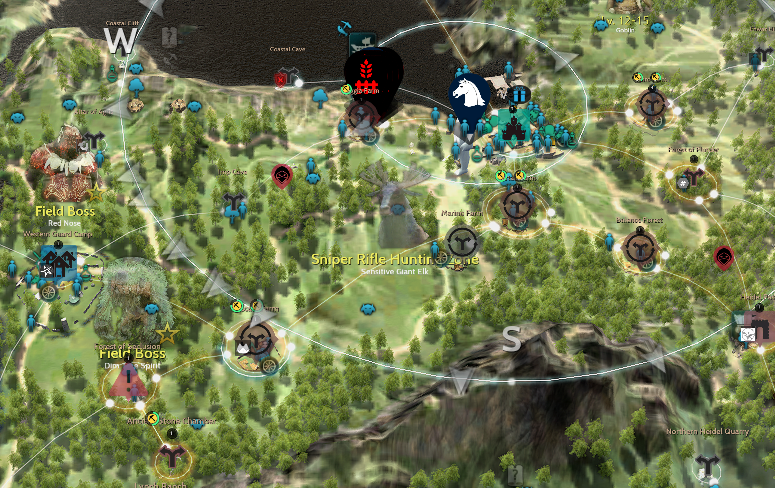 How many workers in Velia?

There are a total of 8 workers (7 from lodging + 1 free from town) can be hired in this town. You can purchase an additional 3 lodging from pearls which make it up to 11 workers at Velia.

What node to invest first?

This will be a million-dollar question which I myself have difficulties to figure out the answer. I myself also google a lot of guides on "best node empire setup", "what node best to invest" and etc, but after some time, I realize that there are no such things on the best thing to invest and must follow. It's all based on what you like or what your plans. So what I'm going share now are all based on my current setup.

So below are the lists of locations and CP required for grains and chicken meat production.

Total CP required for the above setup, with total of 6 workers.

If you decided to get an additional 3 lodgings from pearls, you may consider unlocking the following. Since you have only 3 workers left in Velia, you will need to decide which one to prioritize:

There are few more nodes which also available at Velia, such as Coastal Cave & Coastal Cliff which both produce Mining Ore. For me personally, I would not invest in mining as the Mining node will be the job of Altinova. I will explain further when I cover the Altinova node in the near future.

That for my guide on Node in Velia. In the next round, I will cover on Olvia Nodes. You may free to follow my setup for Velia nodes, of course, you also can have your own way investing the node in Velia based on your preferences. Feel free to drop a comment here to share on how you setup your node at Velia. This would be good for beginners to have more options or general ideas on node investment. 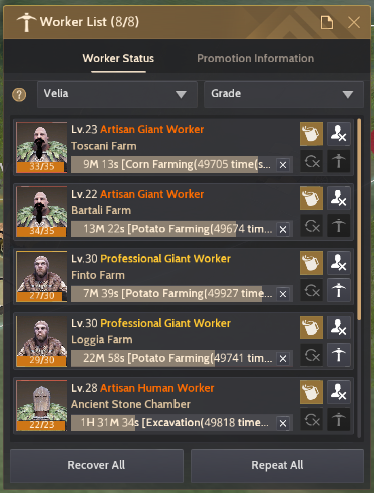 @MeisterBlank, yeap you are right. Thanks for pointing out. I had miss-out the lodging at Toscani Farm. Very much appreciate that. I had amended accordingly.