The next Lady isn't actually from our Server, I met her years back when Shai first came out on the Shai Discord........ 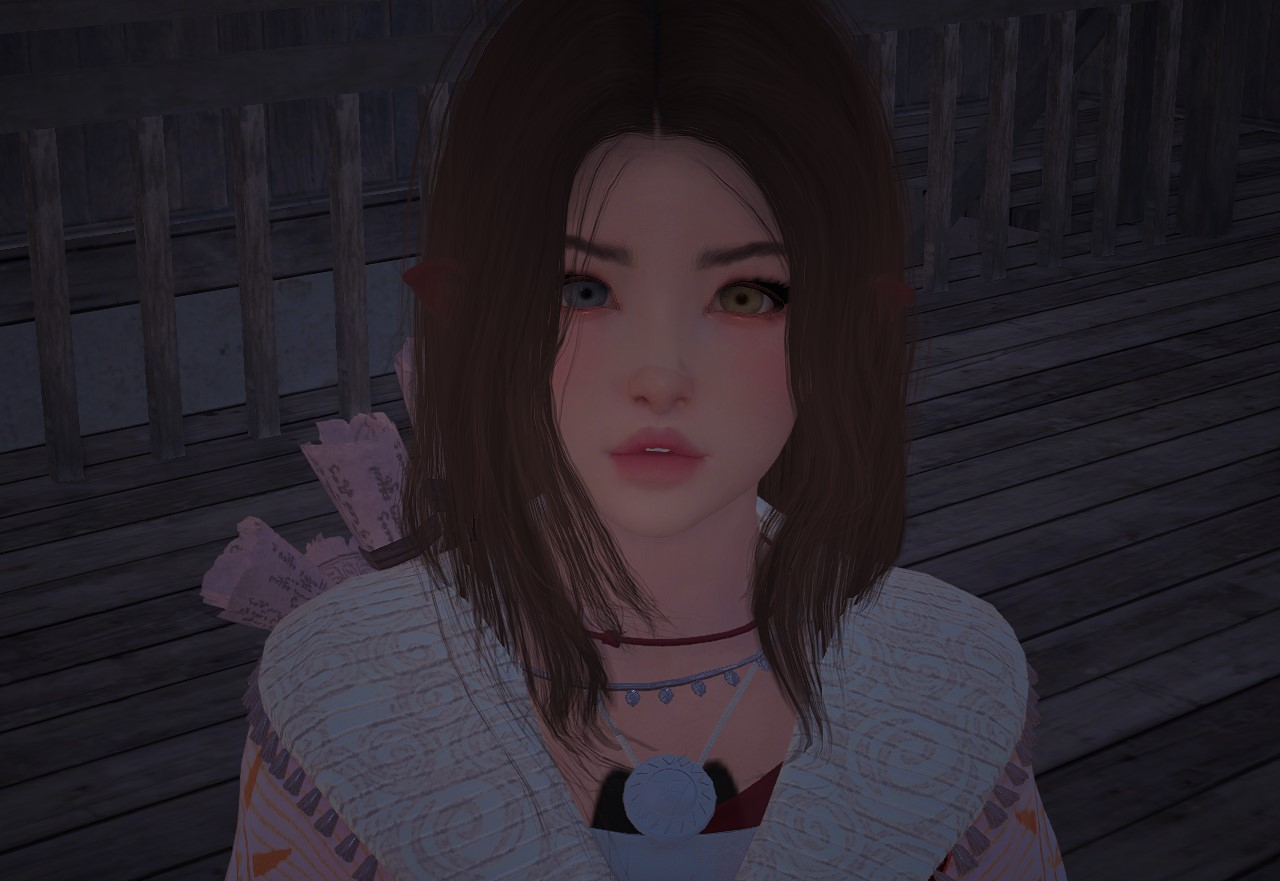 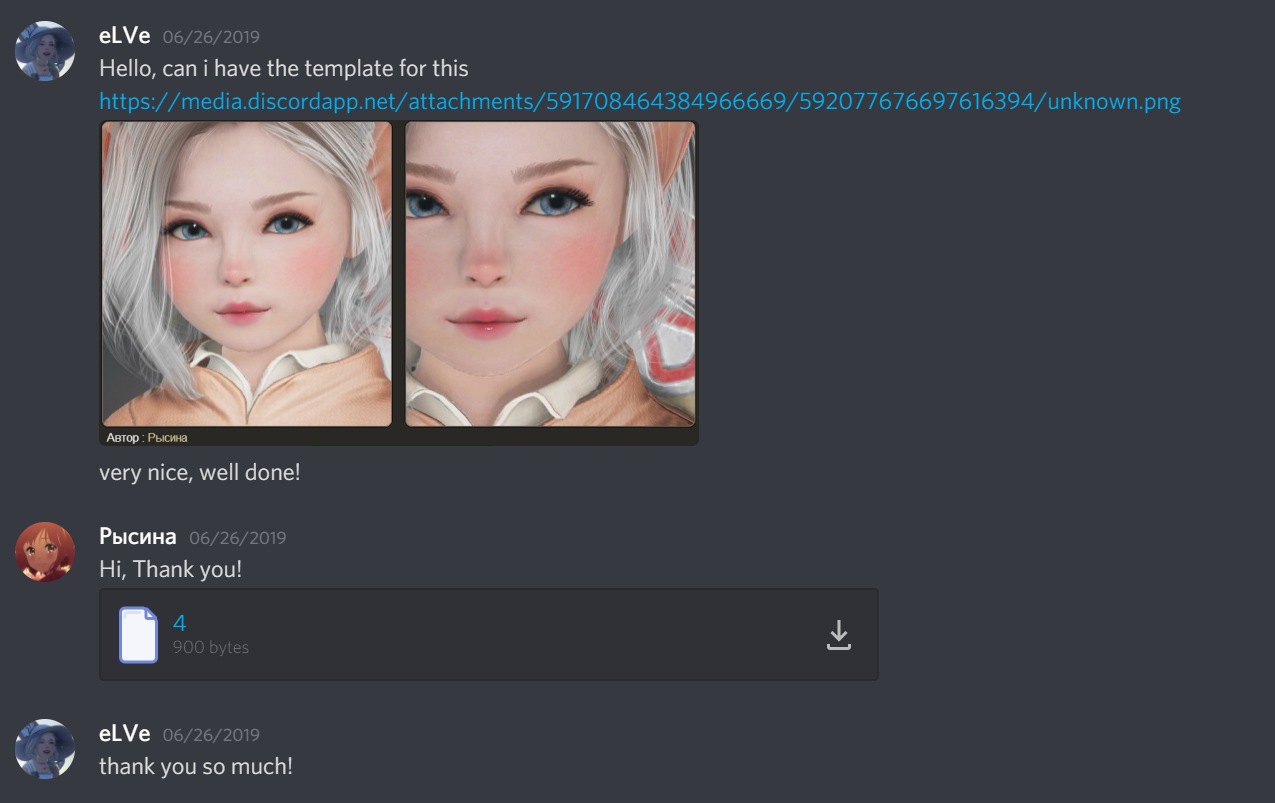 I googled Веоня (Настя) and got Veonya (Nastya) Nastya is short for Anastasya. I too took the name Veonya as the template creator

and so for Months we didnt contact each other... till November 2019 when I was selected with 10 others as a TOP 10 Supporter 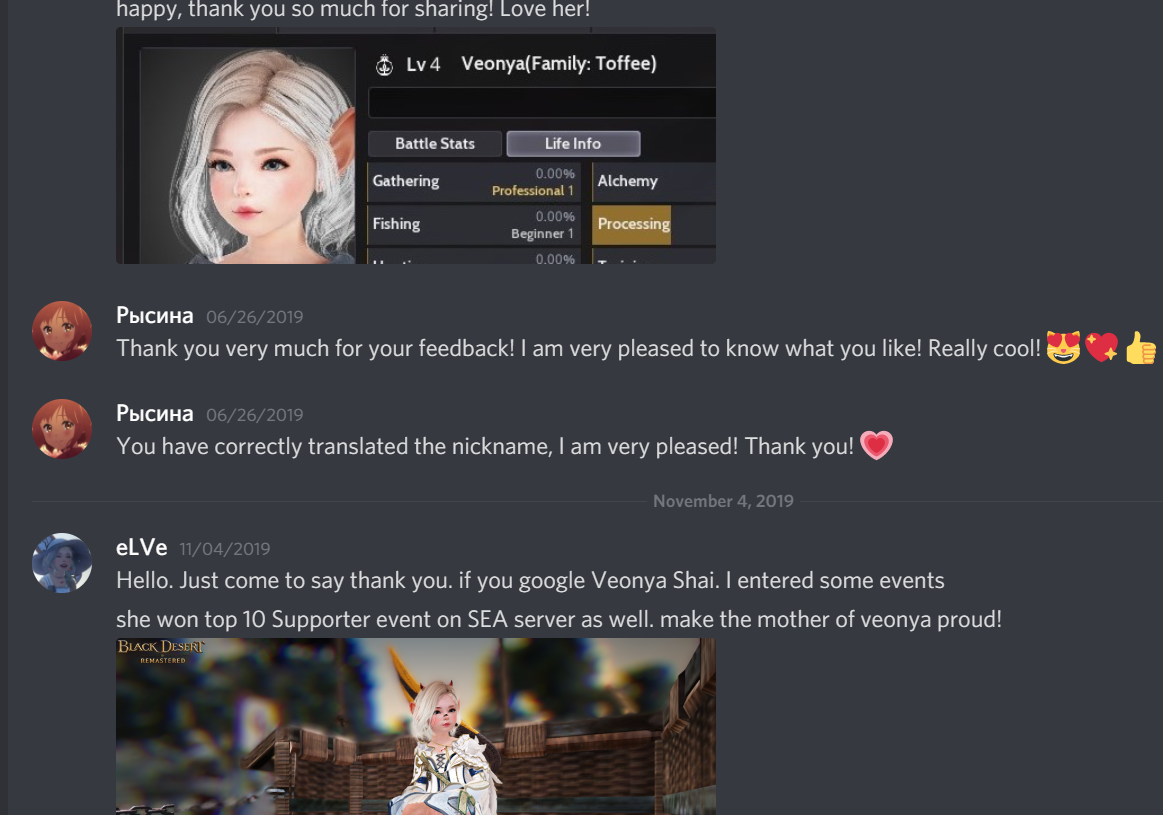 Our friendship changed from that moment on in some special ways as Rysina, whom I later found out as a RU BDO player, has always been a top03 template creator when she's active.

It was also around this time, I began calling Rysina my Mom as she was the template n name creator for Veonya

As we both shared the same template, she shared many photos of Веоня, including an outfit we dont have on SEA 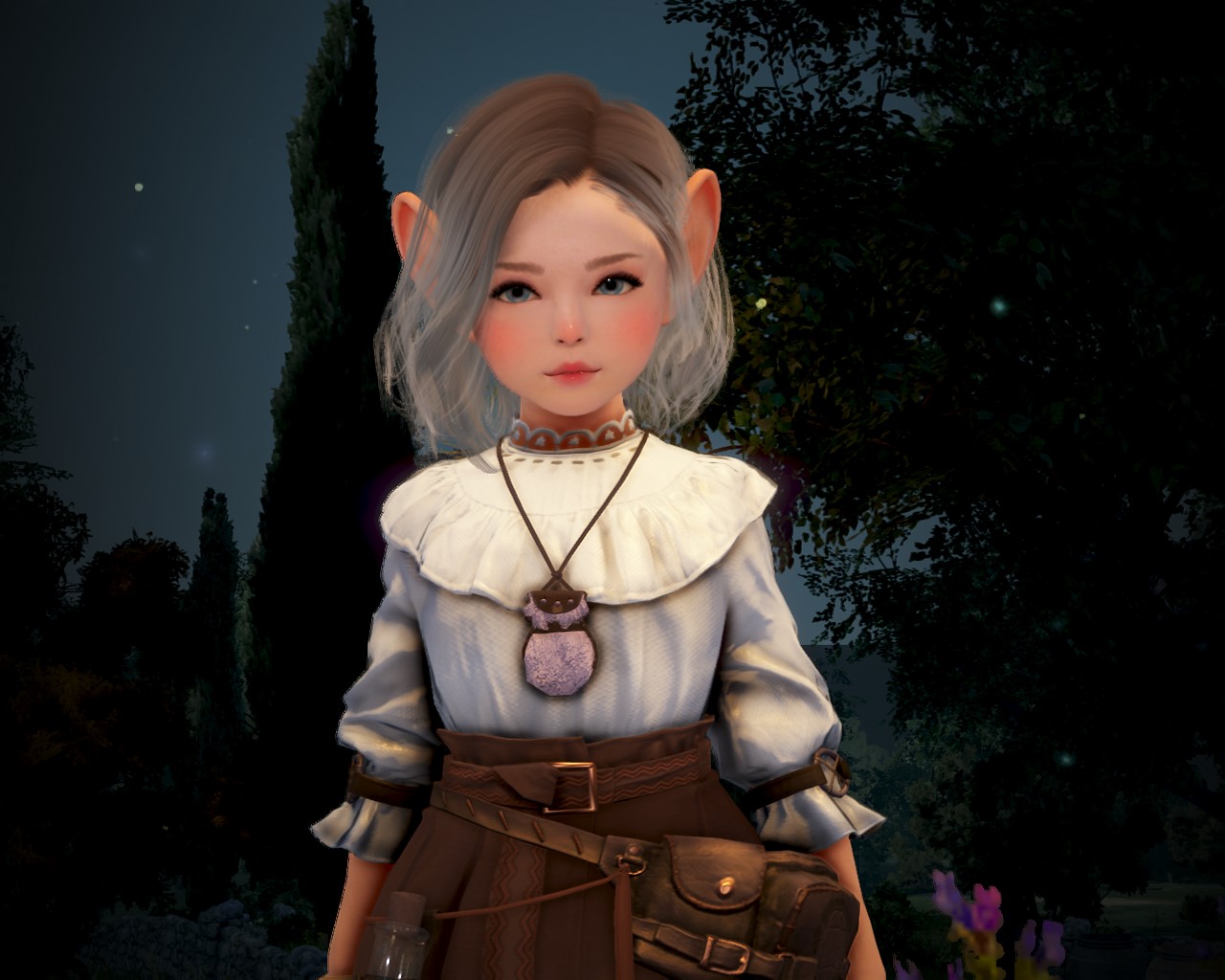 which I learnt its a Loyalty item on KR or RU servers.

Thru out all our conversation.. we always used English... till one day I learnt how hard it was for her to talk to me... for she was using Google Translate... So I decided to use google and reply in Russian as well..

Rysina, a Tamer herself finally found someone who can pass her new hair templates as well, hehehe... so we can find nice MUSIC and Templates on each other servers and we always share the one we want. Friendship was always fun with her as we exchanged Youtube videos of our countries.. food and well culture...

When Veonya kept winning in early 2020, friends from RU server was asking her why she's playing on SEA hehehe.... as we both look the same!

Came Jan 2020, Ms THICC came to us aka The Guardian, my Mom created a template for me... a template based on Veonya the shai being a grown up...

I named her Iriska which is Toffee in Russian 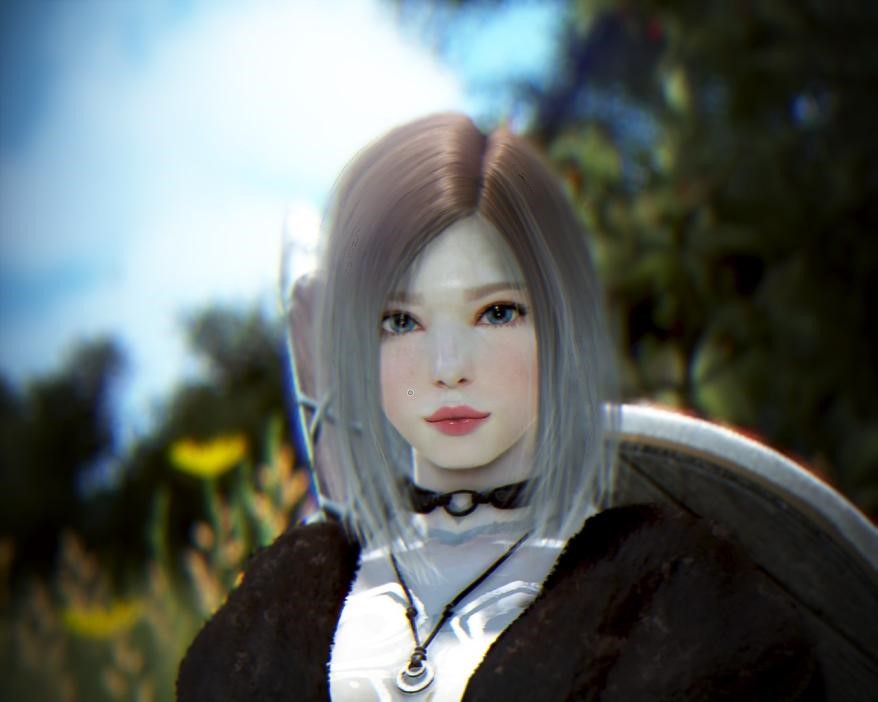 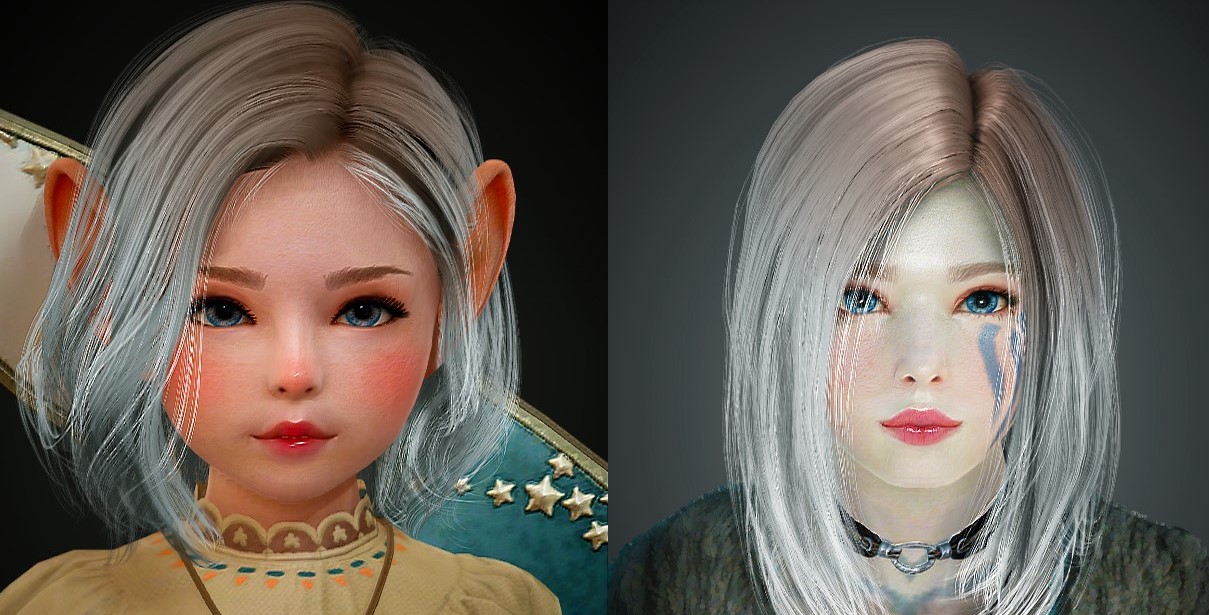 As COVID hit us.. its just show how bad the virus was Internationally as even in the Middle of Russia where she lives... the virus was very active... as the early days hit us all... our 1st MCO/Curcuit Breakers remember?? last april??

I took a very long break from BDO around this time... as did she as well to Ark survival evolved.. the game was no longer a media for us... but chats continued with Mom..

Coming back to the game in Late August was a fresh feeling... things was normal... very normal... just another day on H1 Velia roof. 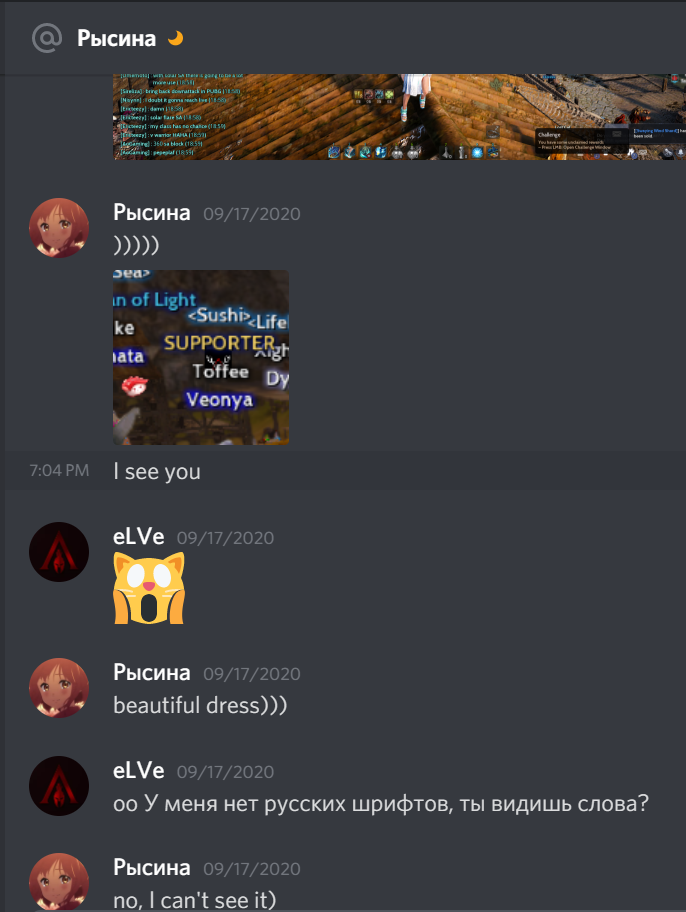 and with that name! LOL 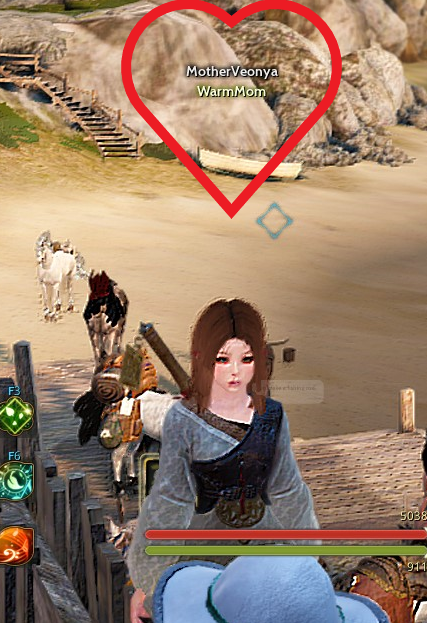 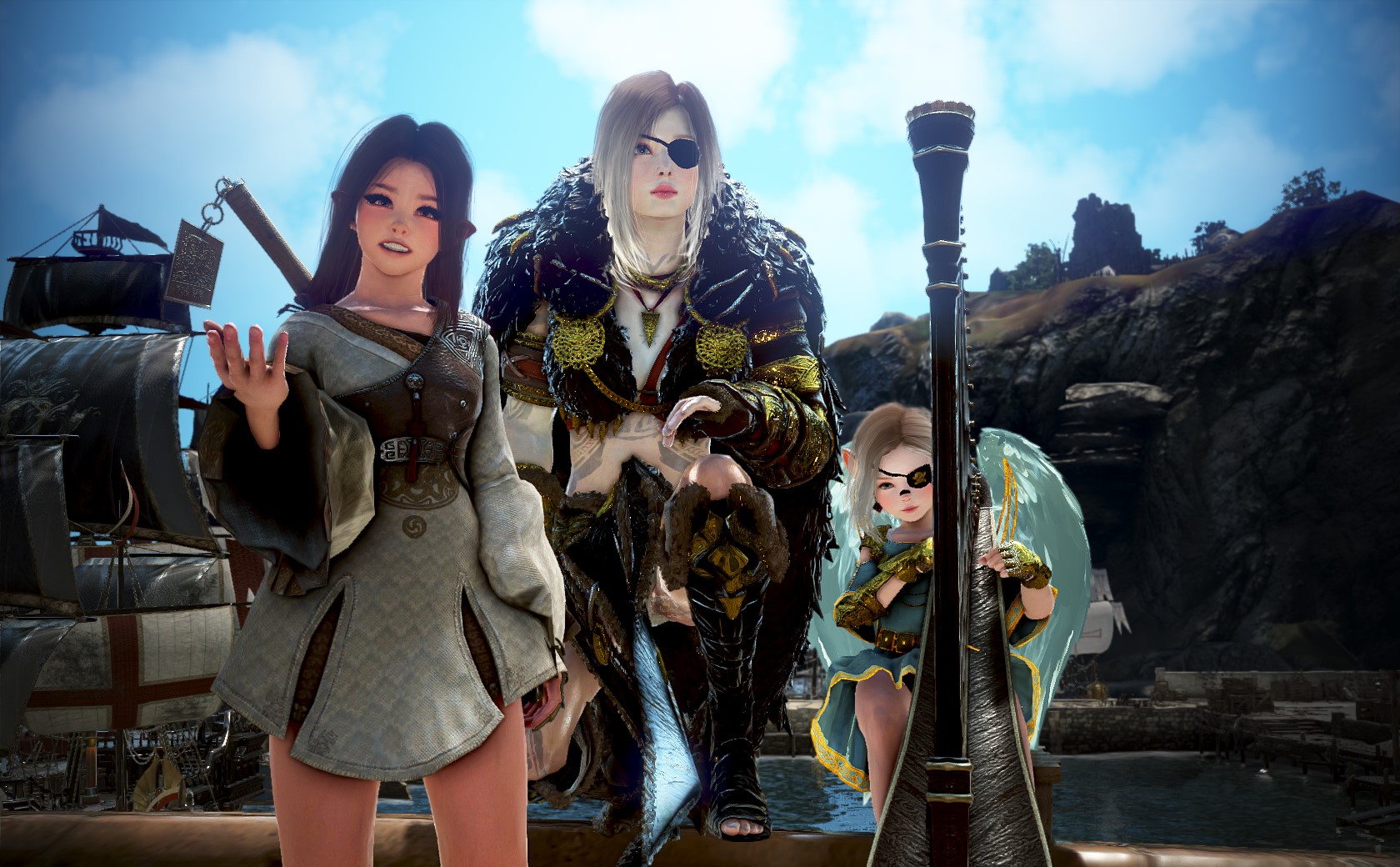 How do you feel when someone whom you spoke to for Months suddenly appreared in front of you.... not in flesh but ok pixels...

I was almost breathless

I still remember the Laughter I had...... I mean the game its the same for all of us playing it... the towns, the cities the NPCS... in someways even our players behaves the same... same spot fishing on Velia beach, Heidel storage area... maybe the economy is different...

This I showed her one by one Velia, Heidel, Calpheon, Grana... Duven... all this while chatting via discord and google translate =)

My мать knew all the spots for photos...

Some I have been... but felt so weird being taken to areas I never been as well........ like a child really on an adventure with her Mom...

Its was such a fantastic trip, Mama.

Our Grana marriage tree as we normally call it 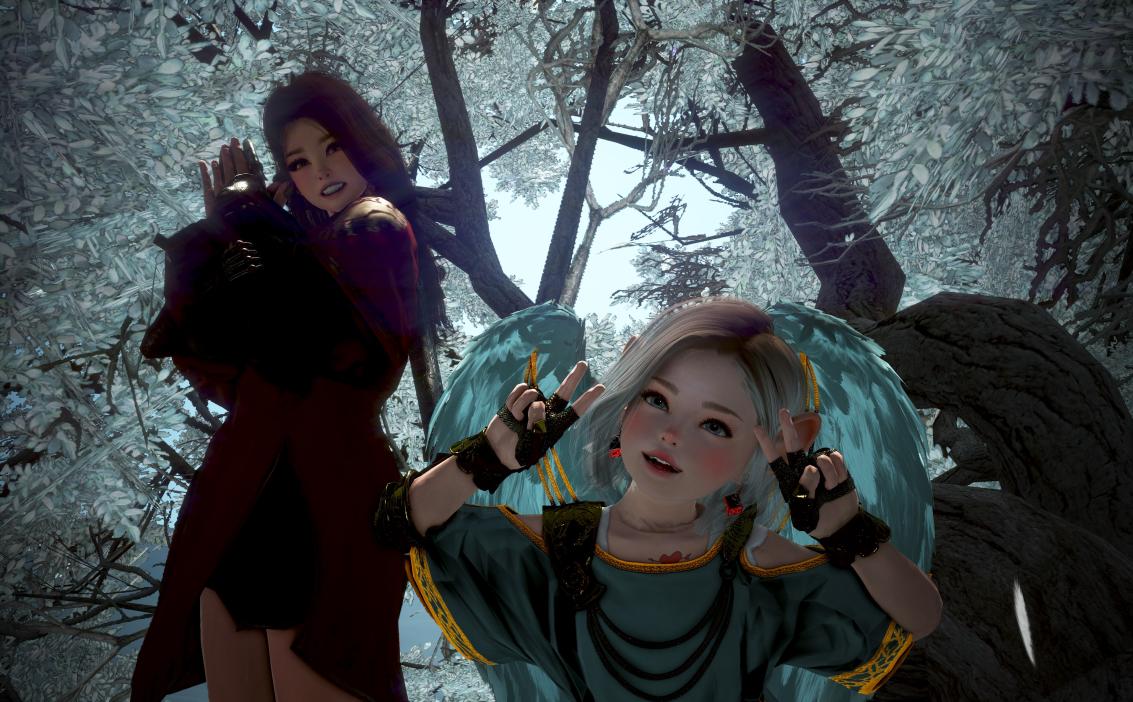 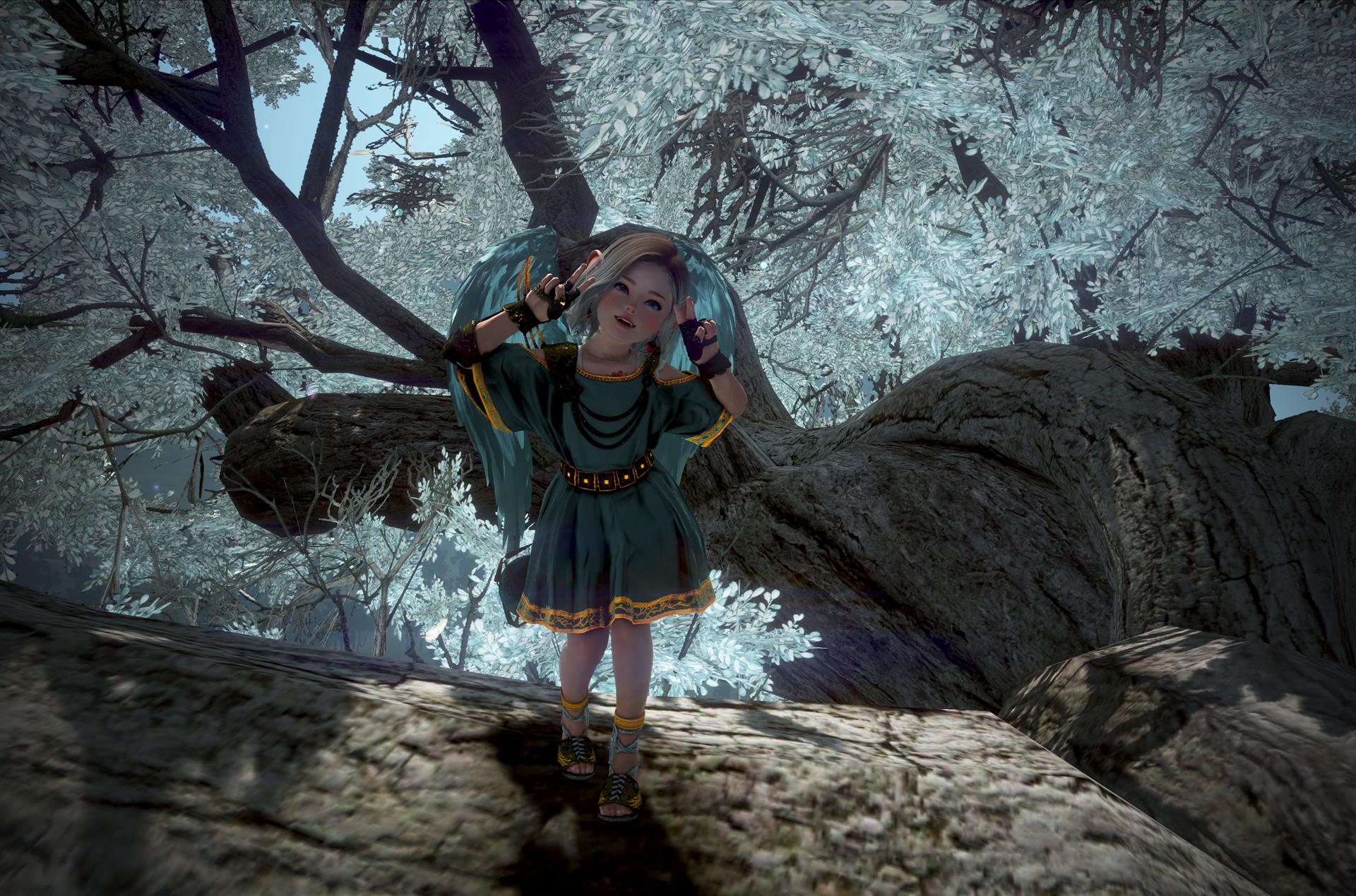 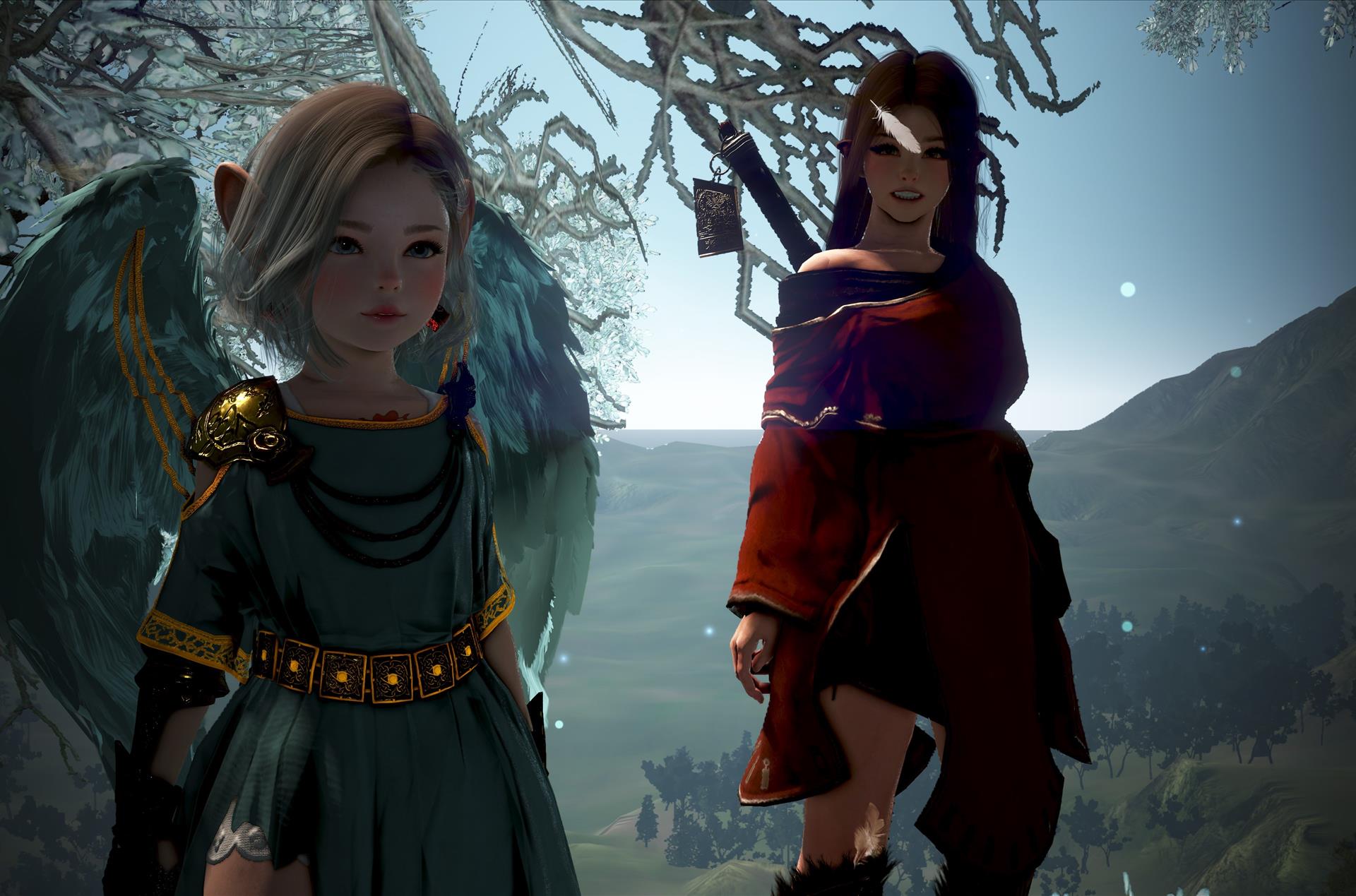 I be frank, I've never taken photos at these spots and like most PRO photographers, she waited for the sun to be at certain angles... simple grass areas 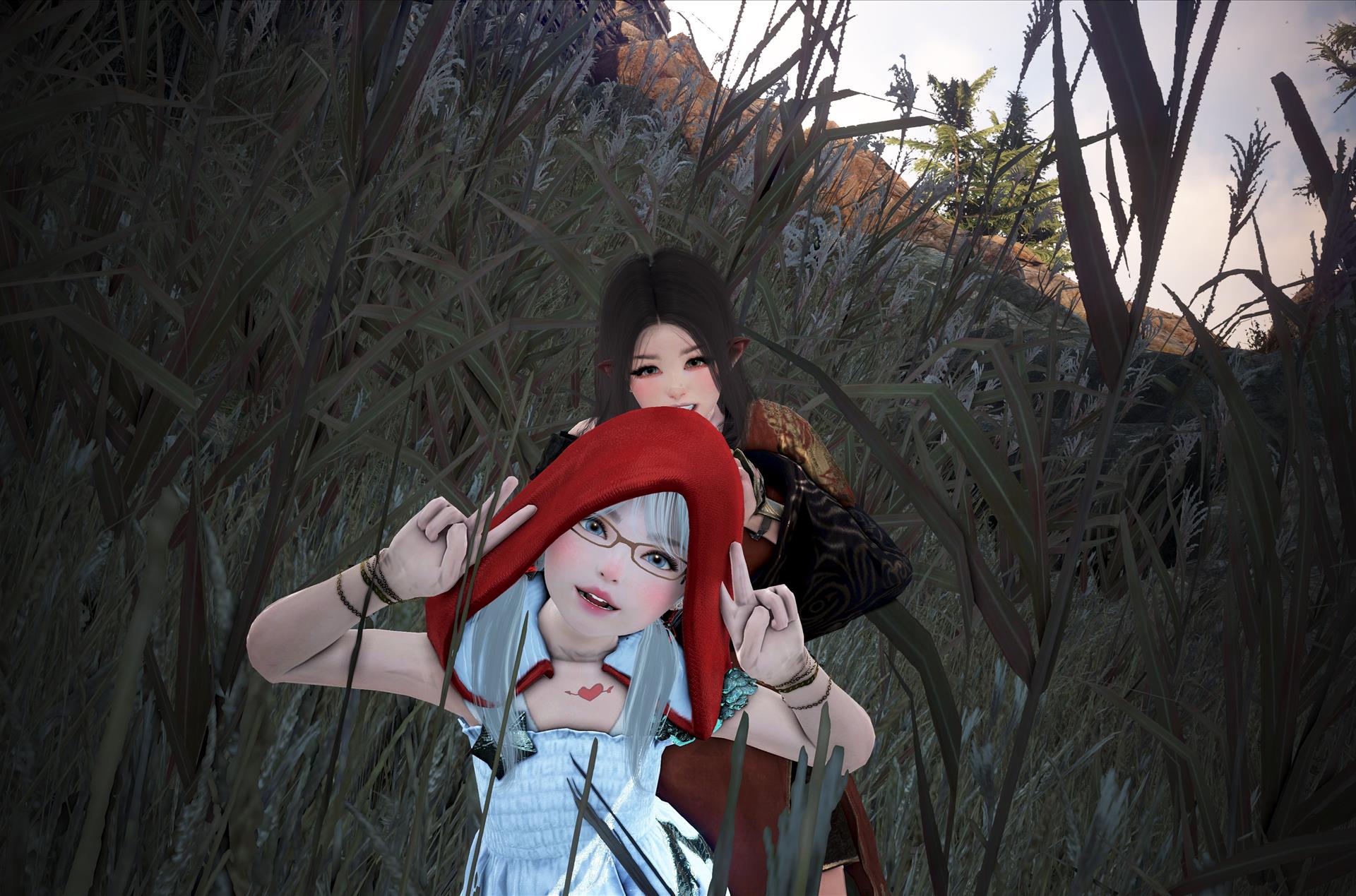 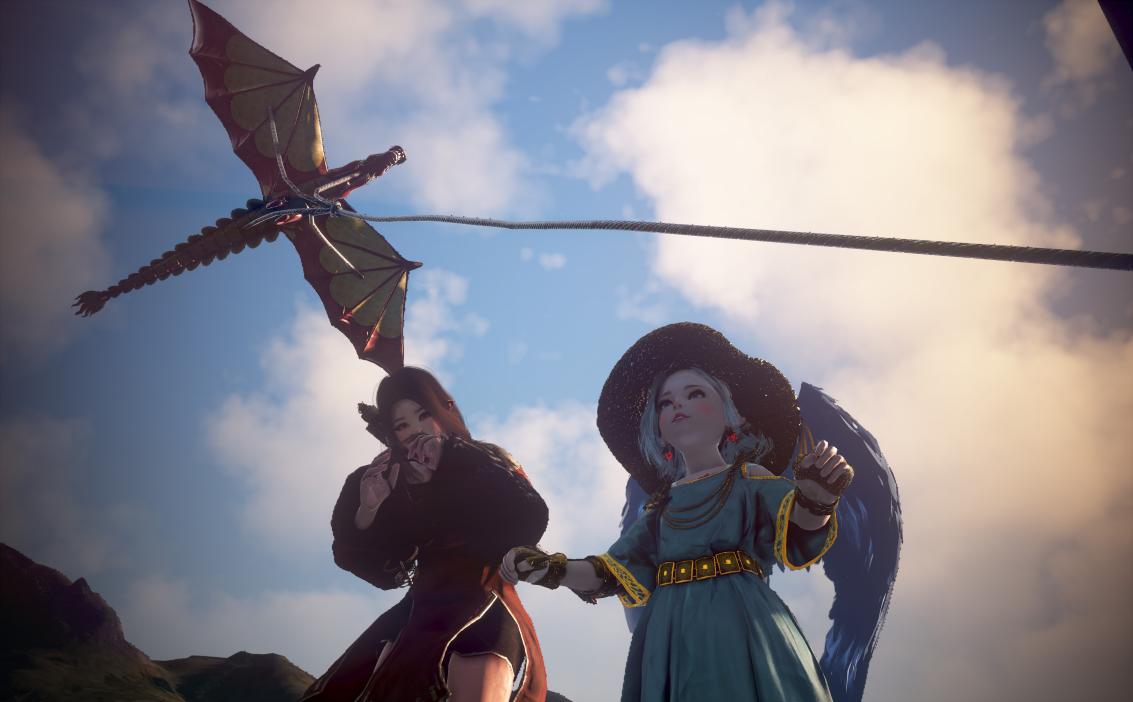 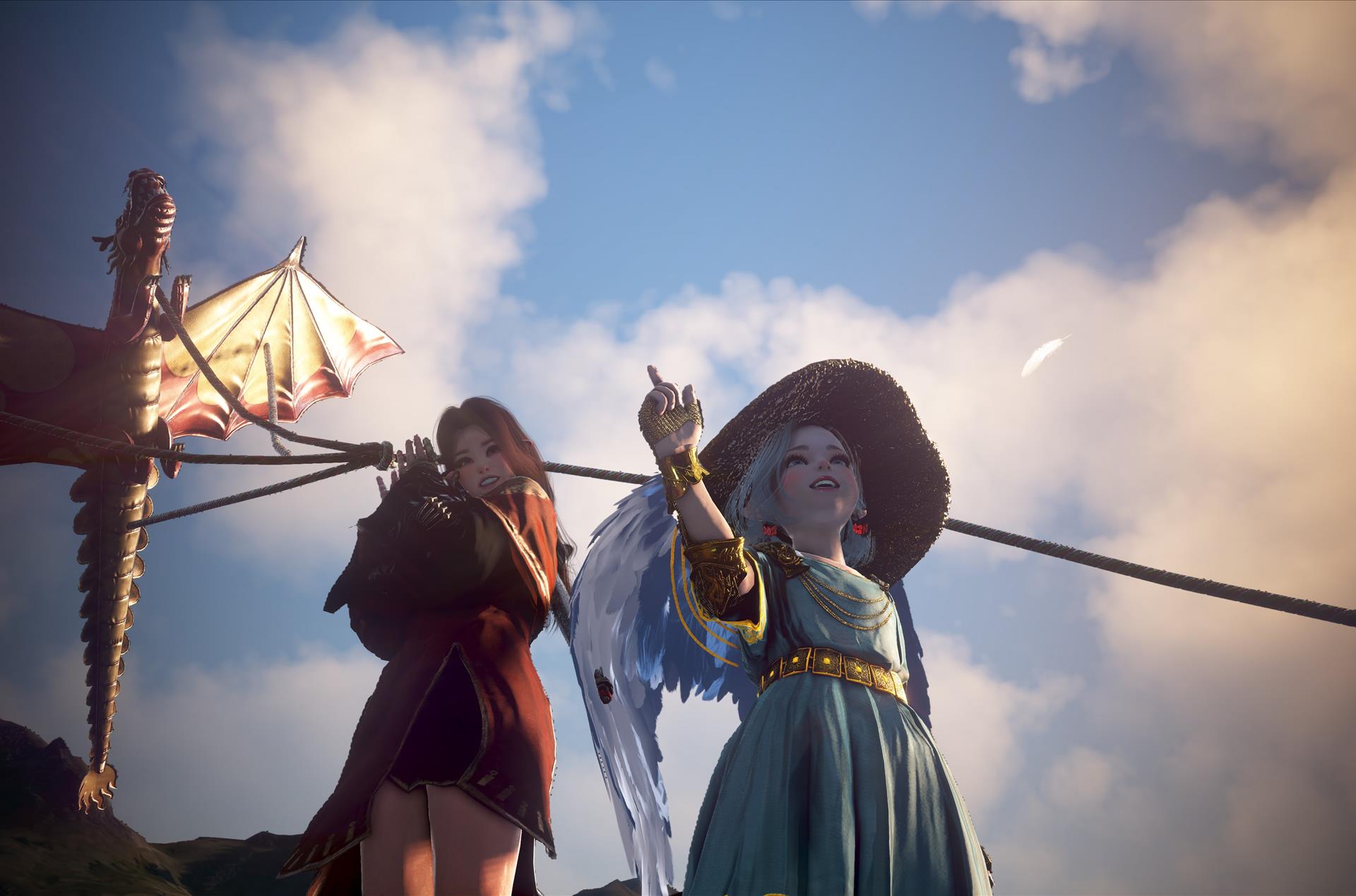 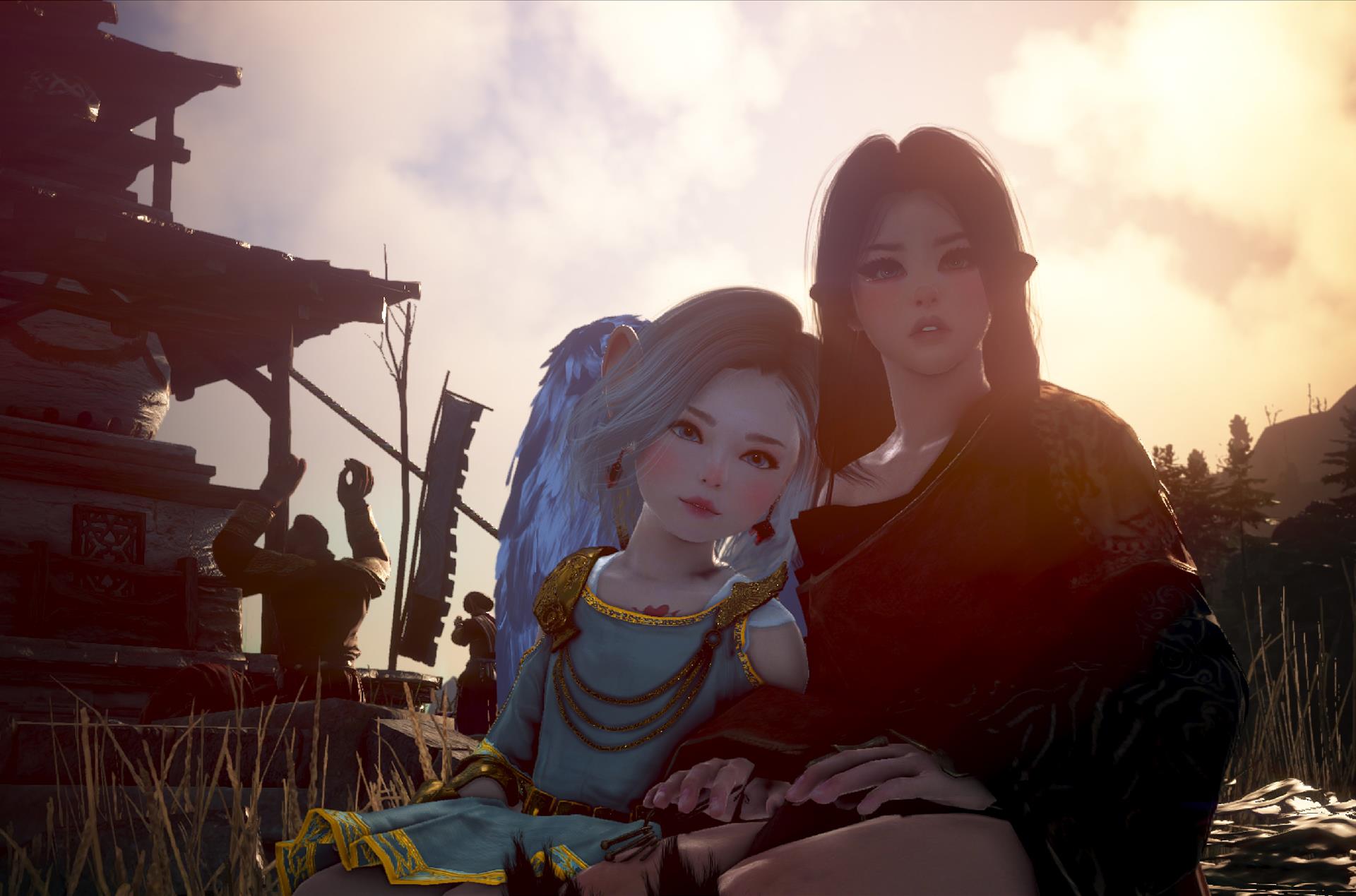 There are places we go to everyday... passing by without thinking... though the areas of BDO are large... sometimes we just move in circles in one spot...

ROTATIONS as some of you call it?

Well for me, some of these spots are now marked with a perma memory of a moment.

The places no longer feels the same.... thats one thing I love and miss about MMO

I thank my Mama for letting me have this UNIQUE Memory........

No matter how many times I look back at the pixels of our memories.. It always Brings a smile.
Yes. Game is virtual
Yes. Char is Virtual
Memories are real... and each of the images you shared brings us back there.
Thank you for being part of that, Mama.
2021-04-10
Character Name Veonya
Main Character Shai
Lv 62
3 Quote
Report
Cancel Register
Cancel Register
# 6 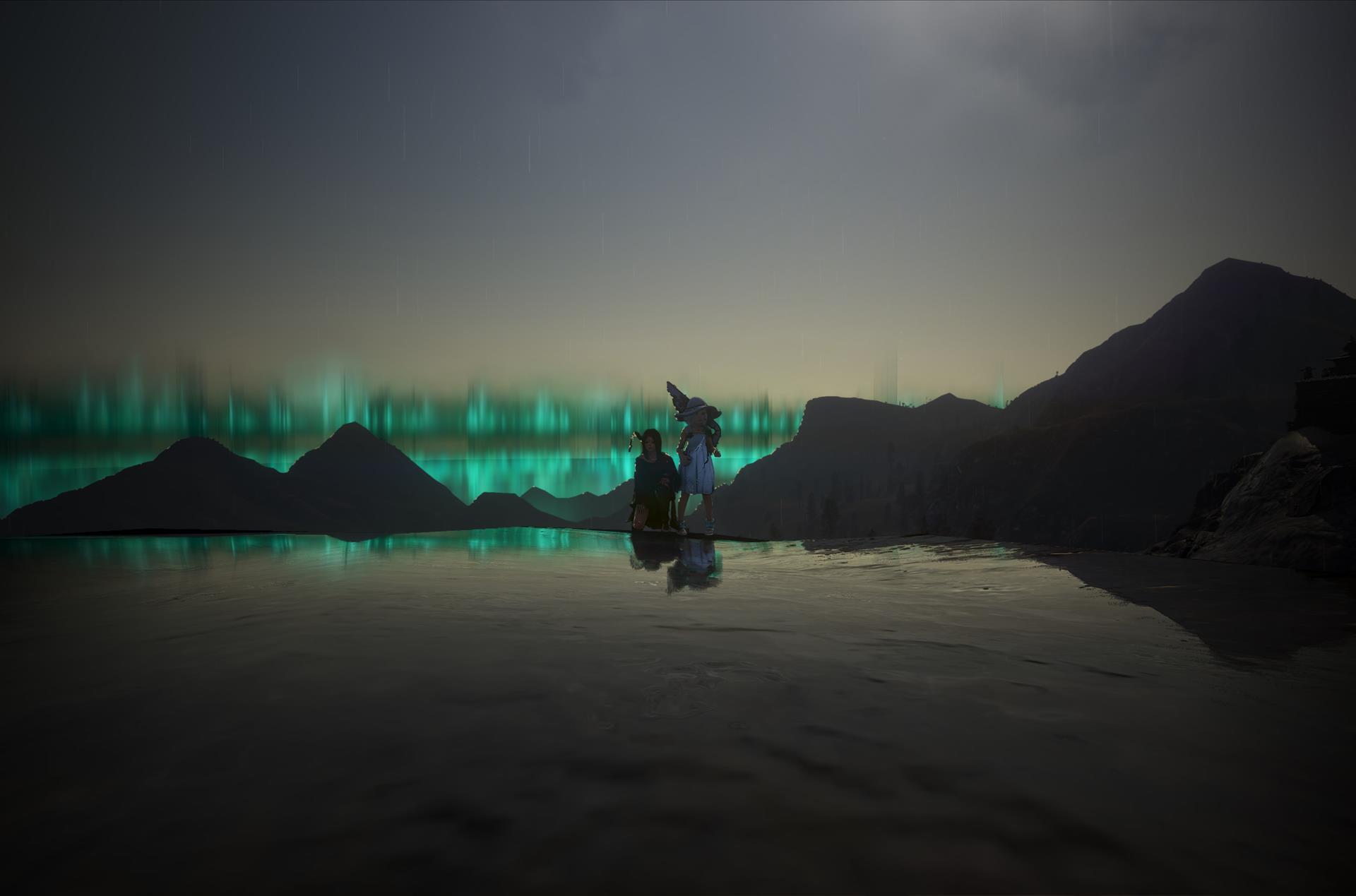 \I remember we spend around 3 hours with them haha. These are just some of them 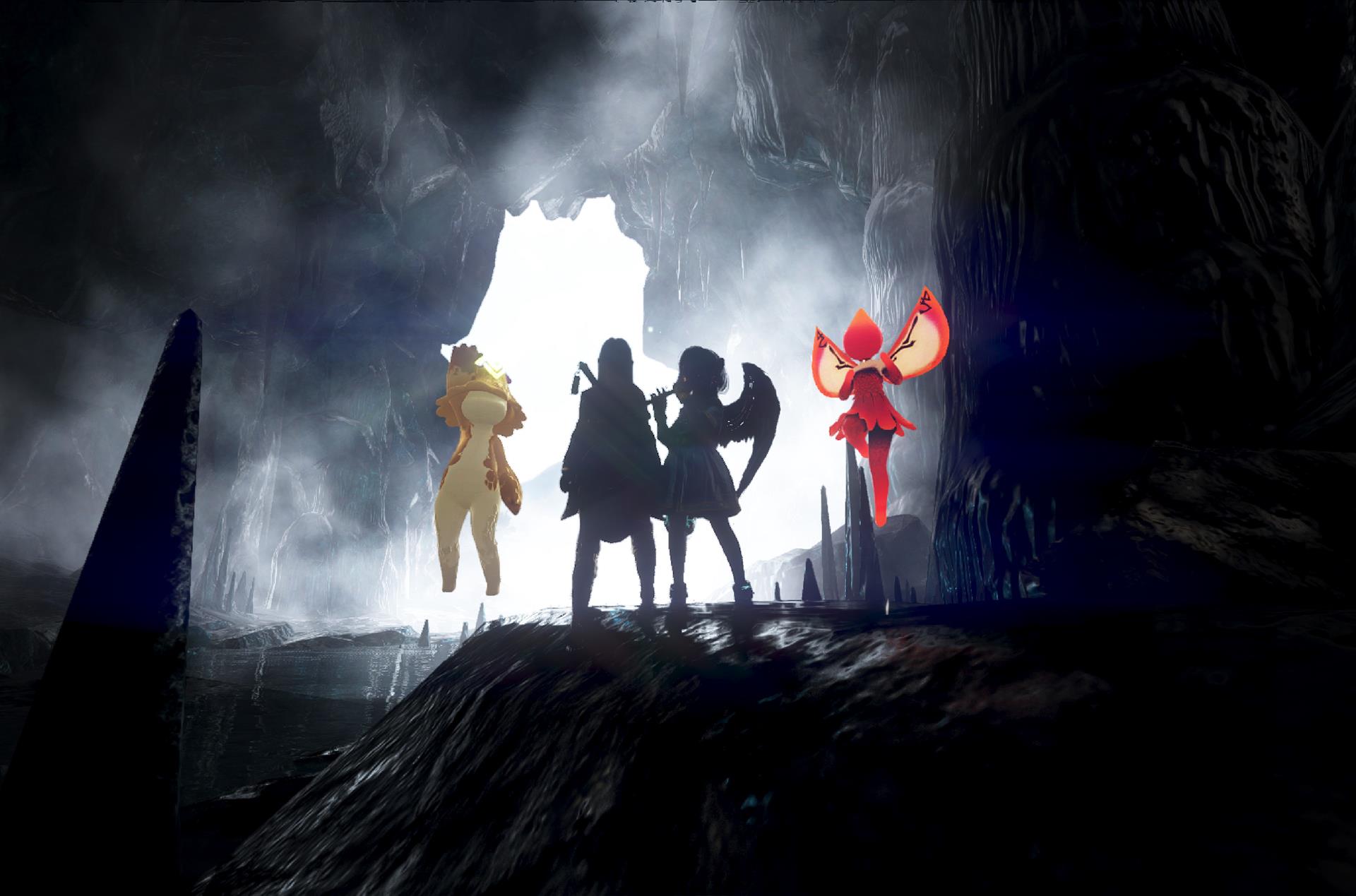 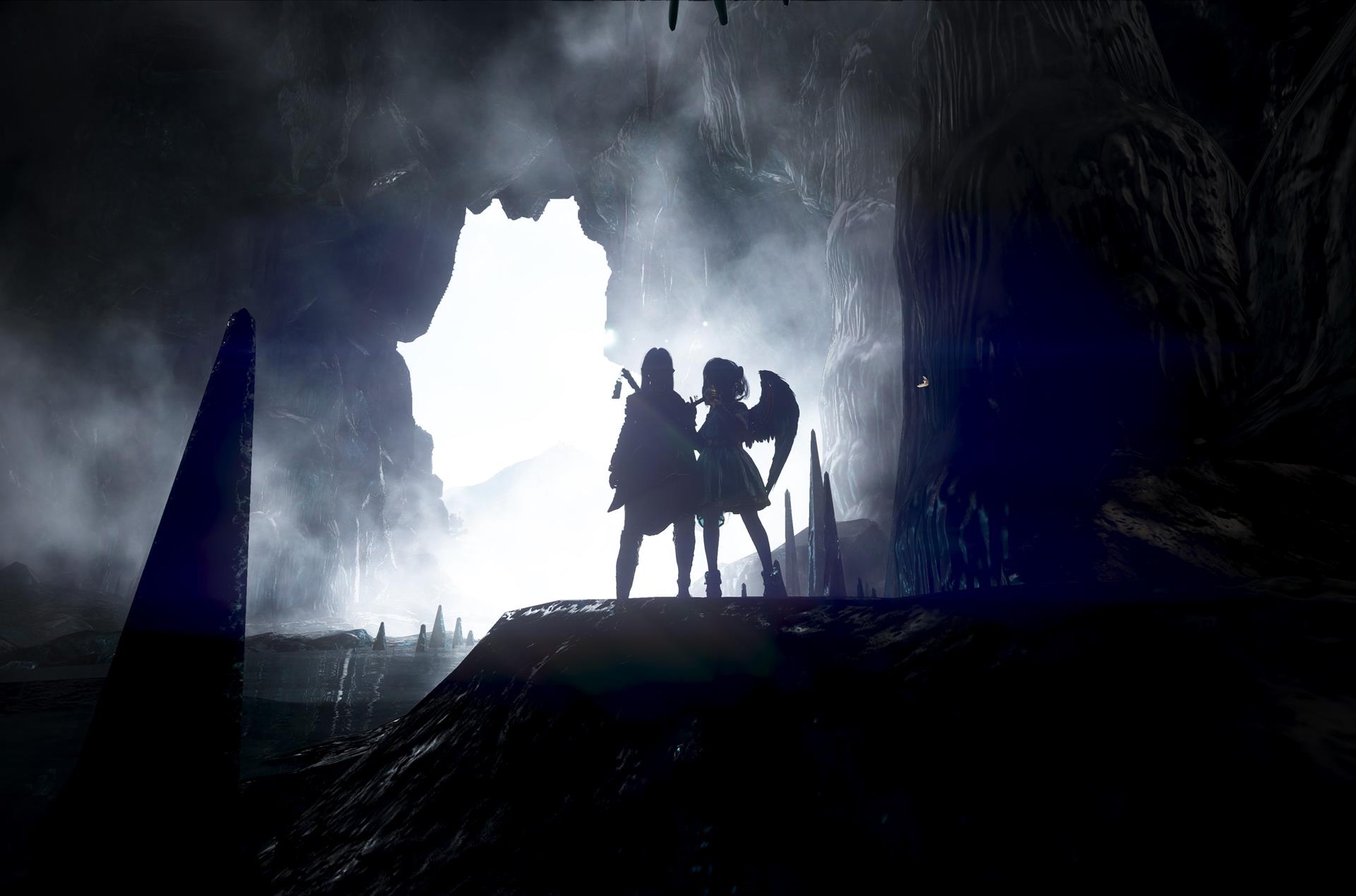 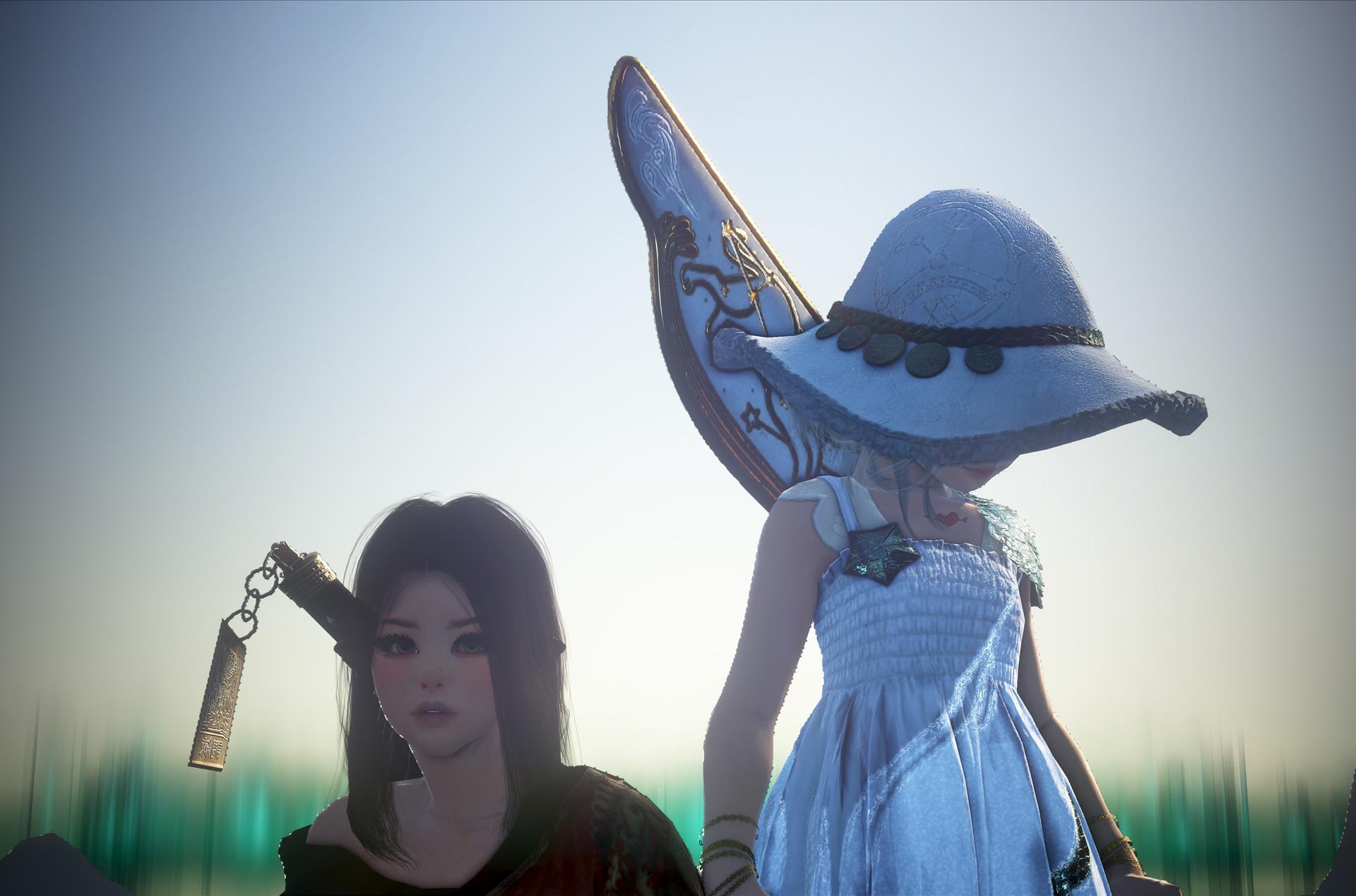 To the hills South of Duven. 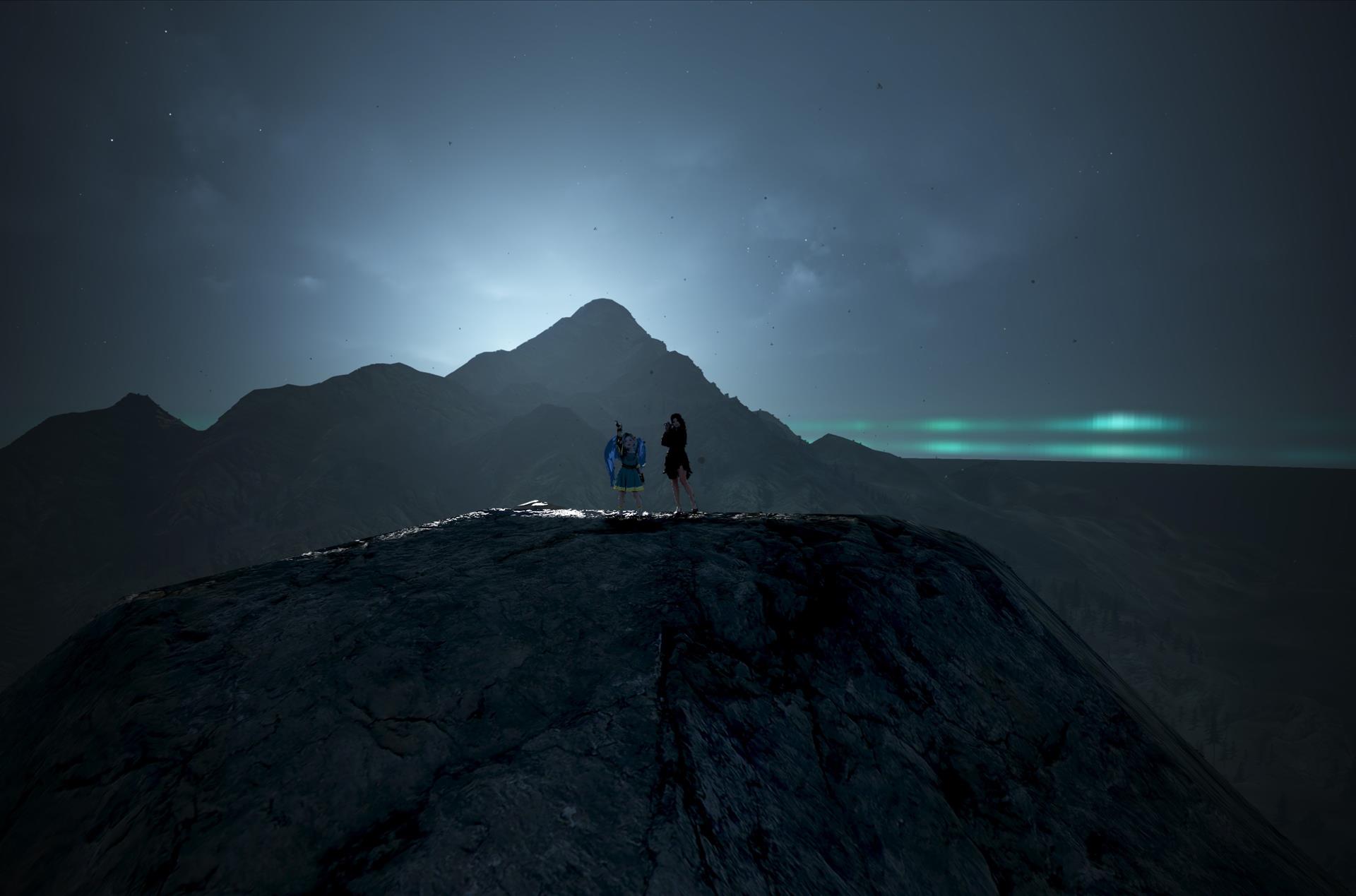 Most of the time, I dont know what you wanted... but I followed hehehe

Only when the images came out... only then I knew... 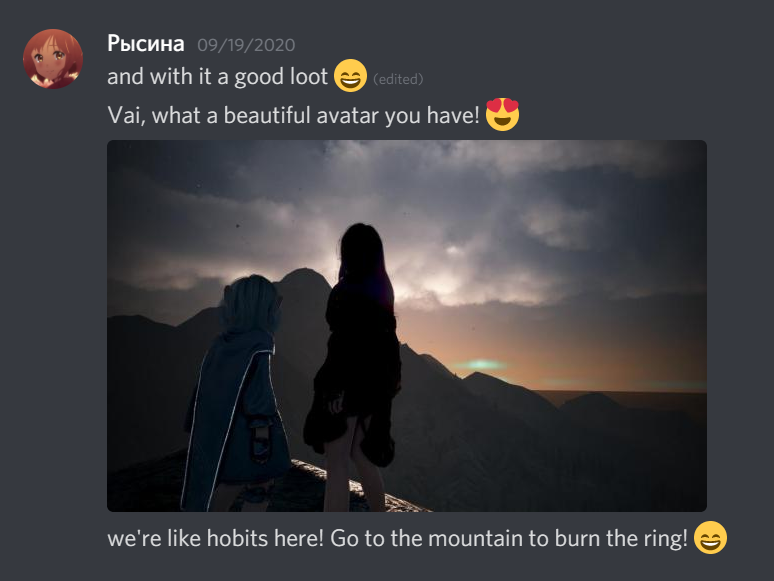 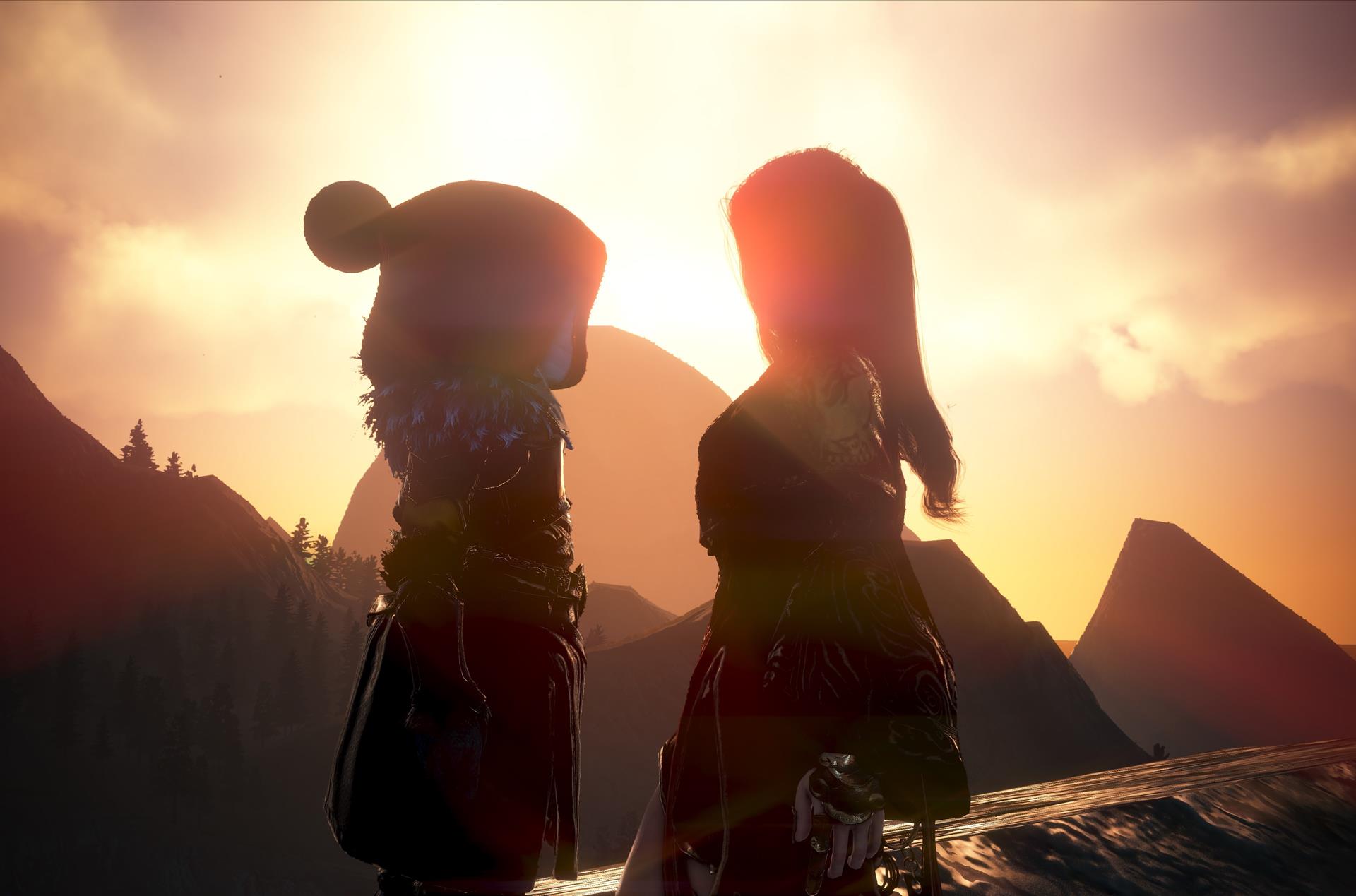 She included our little adventures to her Russian Guildies as well... wait I remember it was a competition... 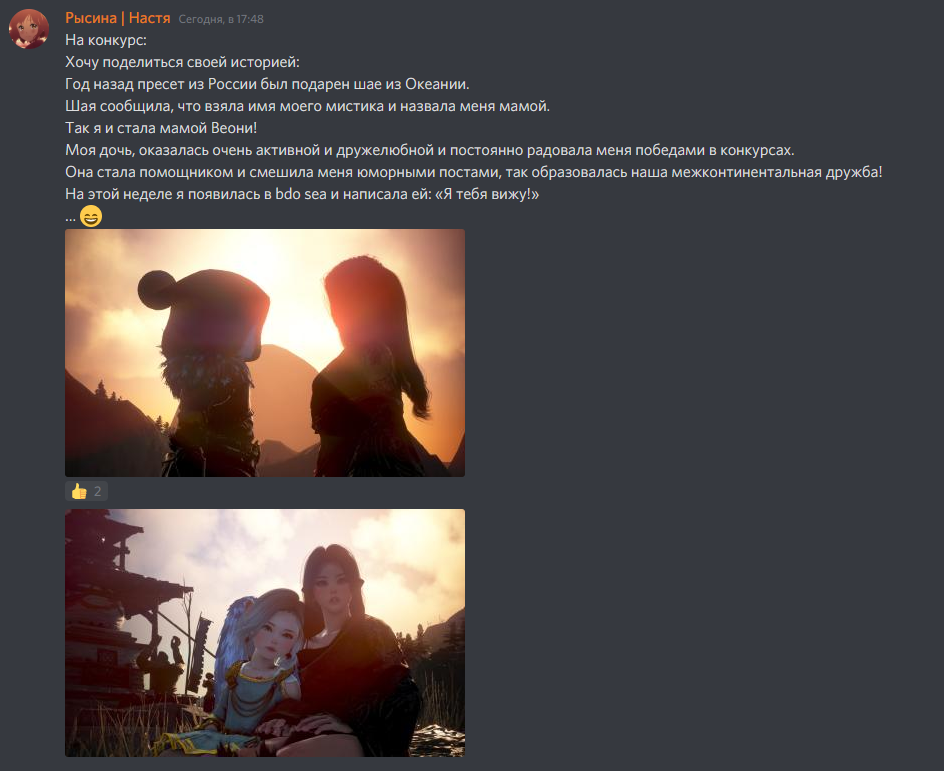 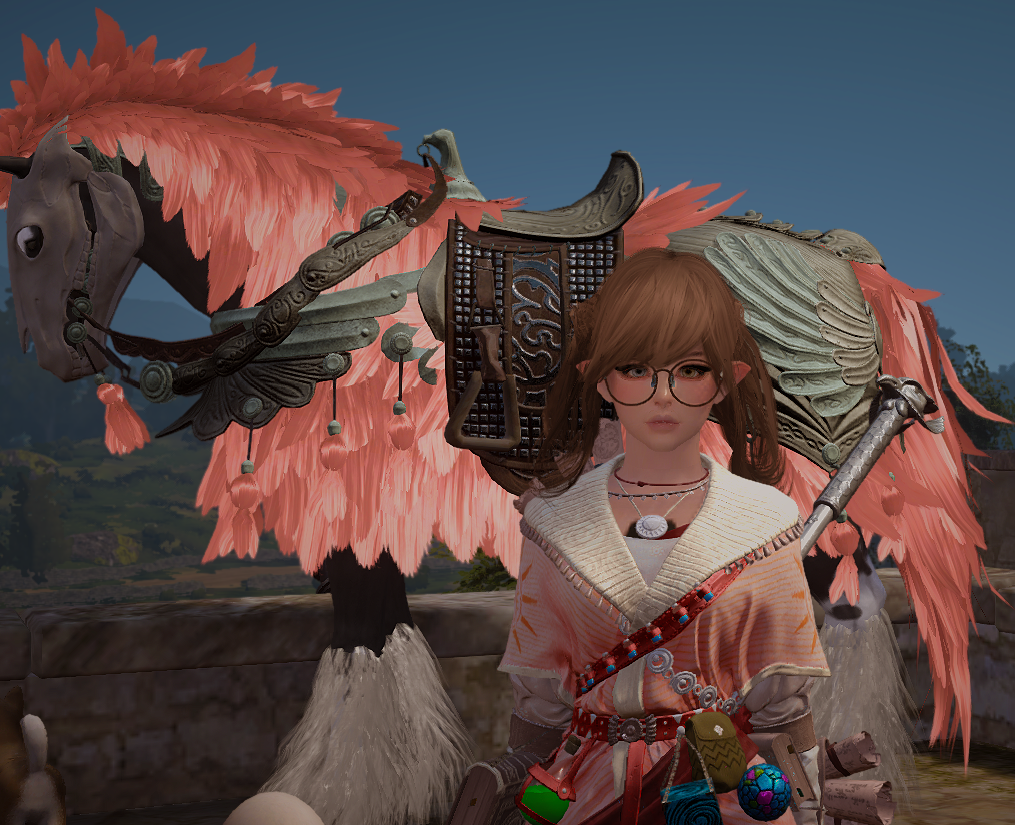 The trip inspired her to surprise me further with this the next few days... her first attempt at Line drawing ? 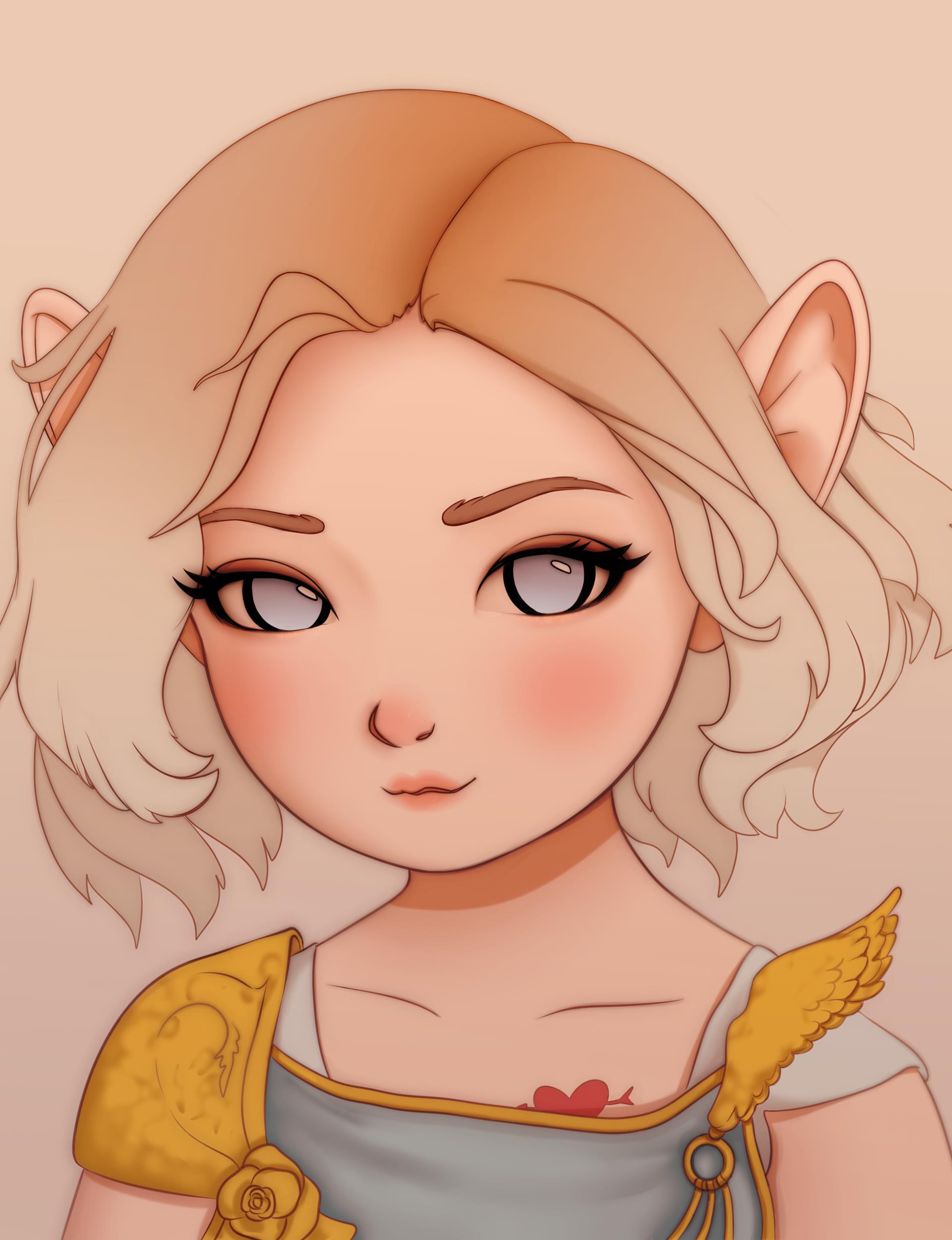 She has always been an artist... Her Instagram showcase some of them too

Sadly on my side, I never been so creative my whole life and all I could say was thank you...

All my char since Shai has been created by Rysina.... and true to their Birth... all with Russian names

Her latest present to me being

Snegurochka aka Snow Maiden my NOVA 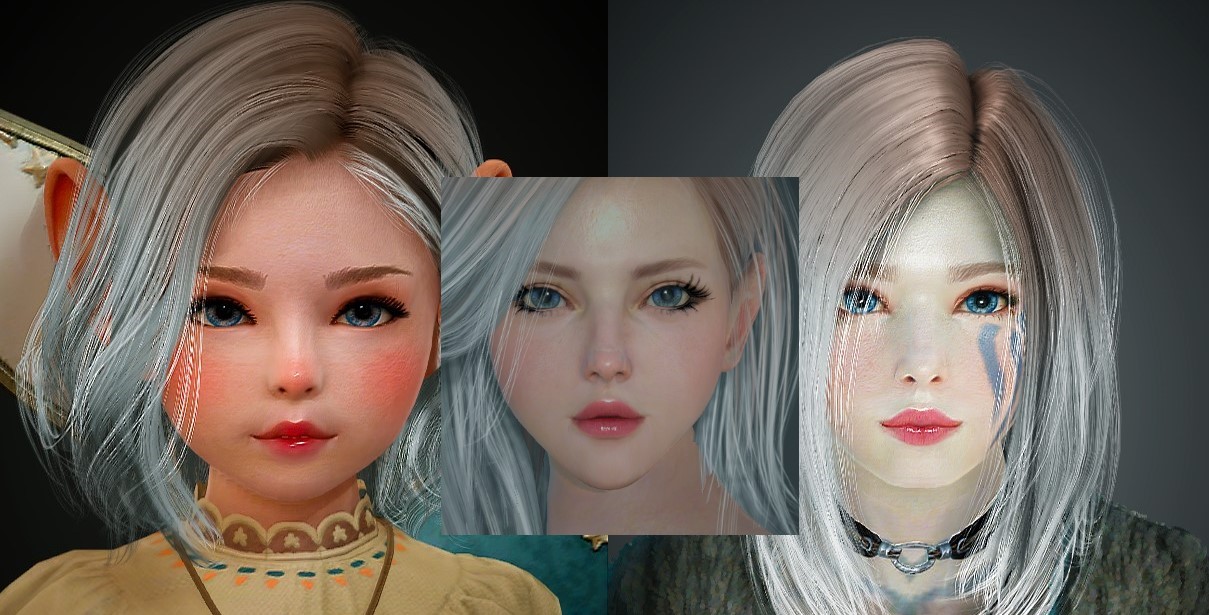 Thank you all who have watched till this far.

This is just a special memory for me.

Made possible by a game we all play.

I hope we all have that little spark when others talk about Black Desert Online.

This is my Black Desert Moment.

My Russian Mama I met on BDO

This is the sweetest thing I've ever read! Thank you, Daughter, no one could write so warmly and friendly as you! Thank you for our adventures!

@V, I think you're forgetting that as a Supporter and one of your close friends, I have free Traveler's Package coupons. I tried to DM you in DIscord but inactive? let me know I can give MamaVeonya a code.

thanks Aura, appreciate it but no worries.