This is a story about a small (not so small) shai named Yuii and her little friend, Bubba!

Bubba is a shortform of bubble tea - she knows it is actually boba but she likes to say bubba more! 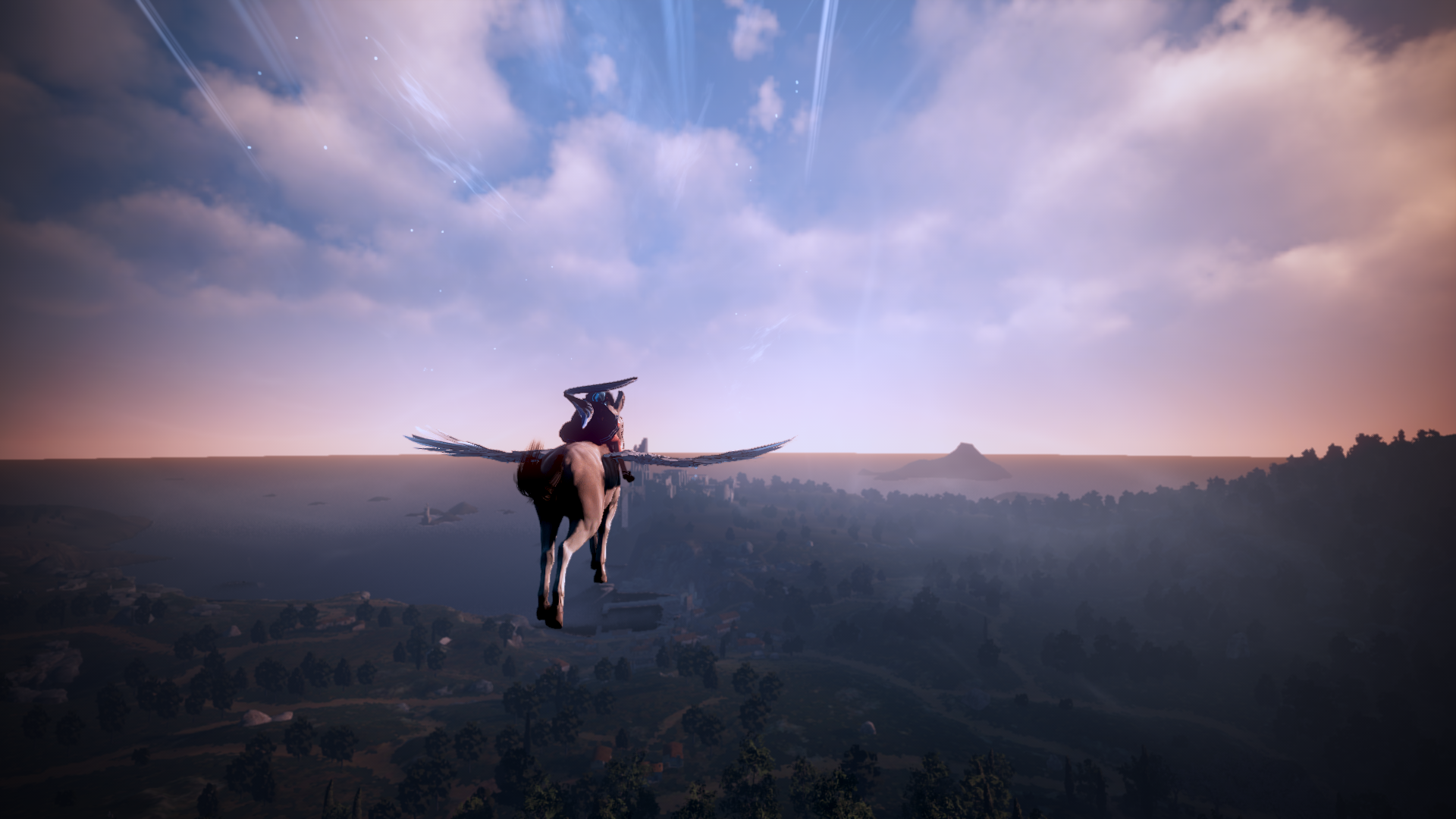 On one fine day, Yuii decided to take Bubba for an adventure!

Since she gave away her Seabiscuit to her older sister, Layla - she requested for a new friend to accompany her from her Mama Rozenelle.

Departing from the Library of Calpheon, they slowly made their way out from the big city of Calpheon to Velia. 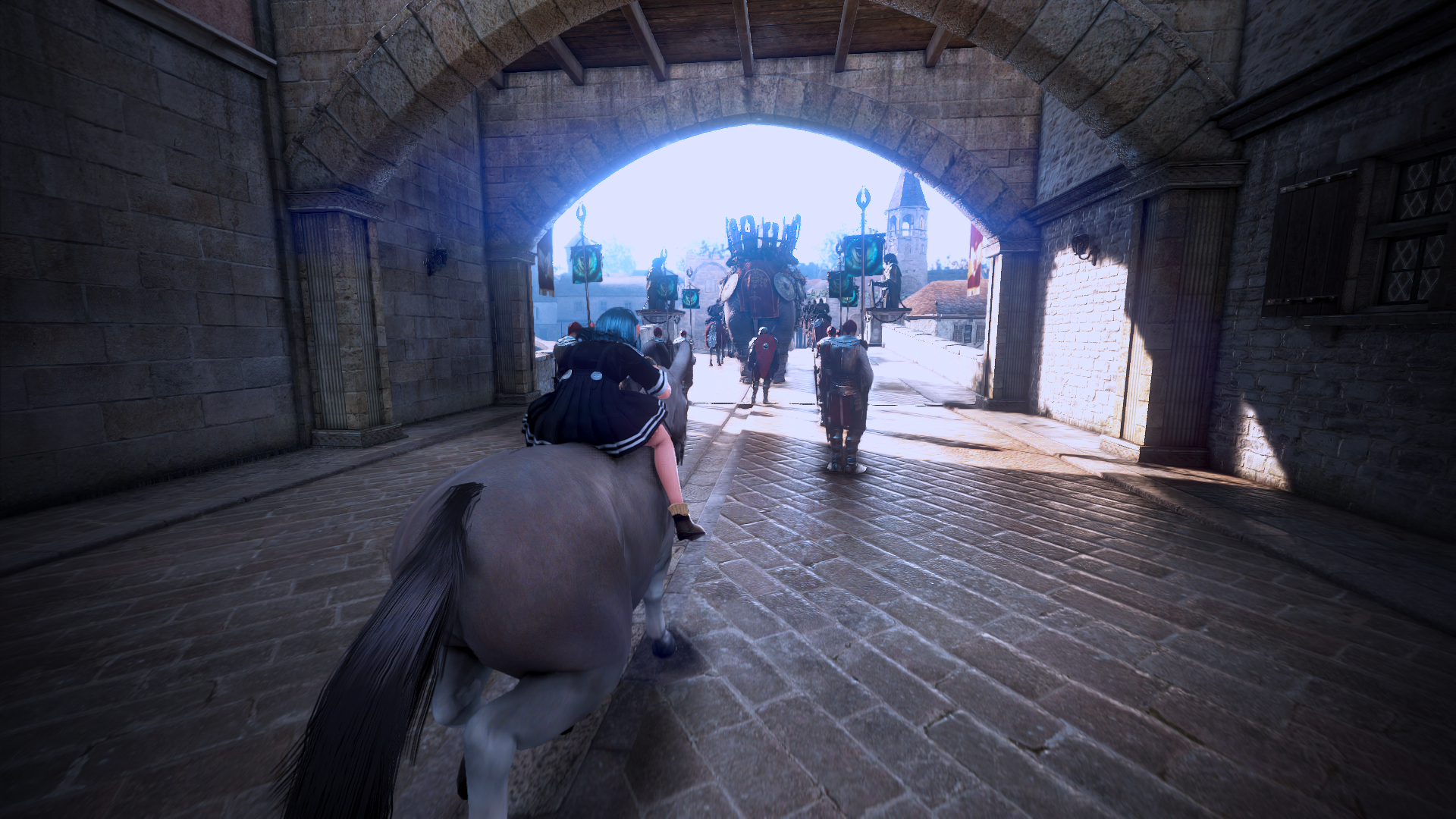 Passing by the army with their elephant on the bridge, Yuii and Bubba finally found the exit of the city.

There were so many vendors and traders thoughout the way. 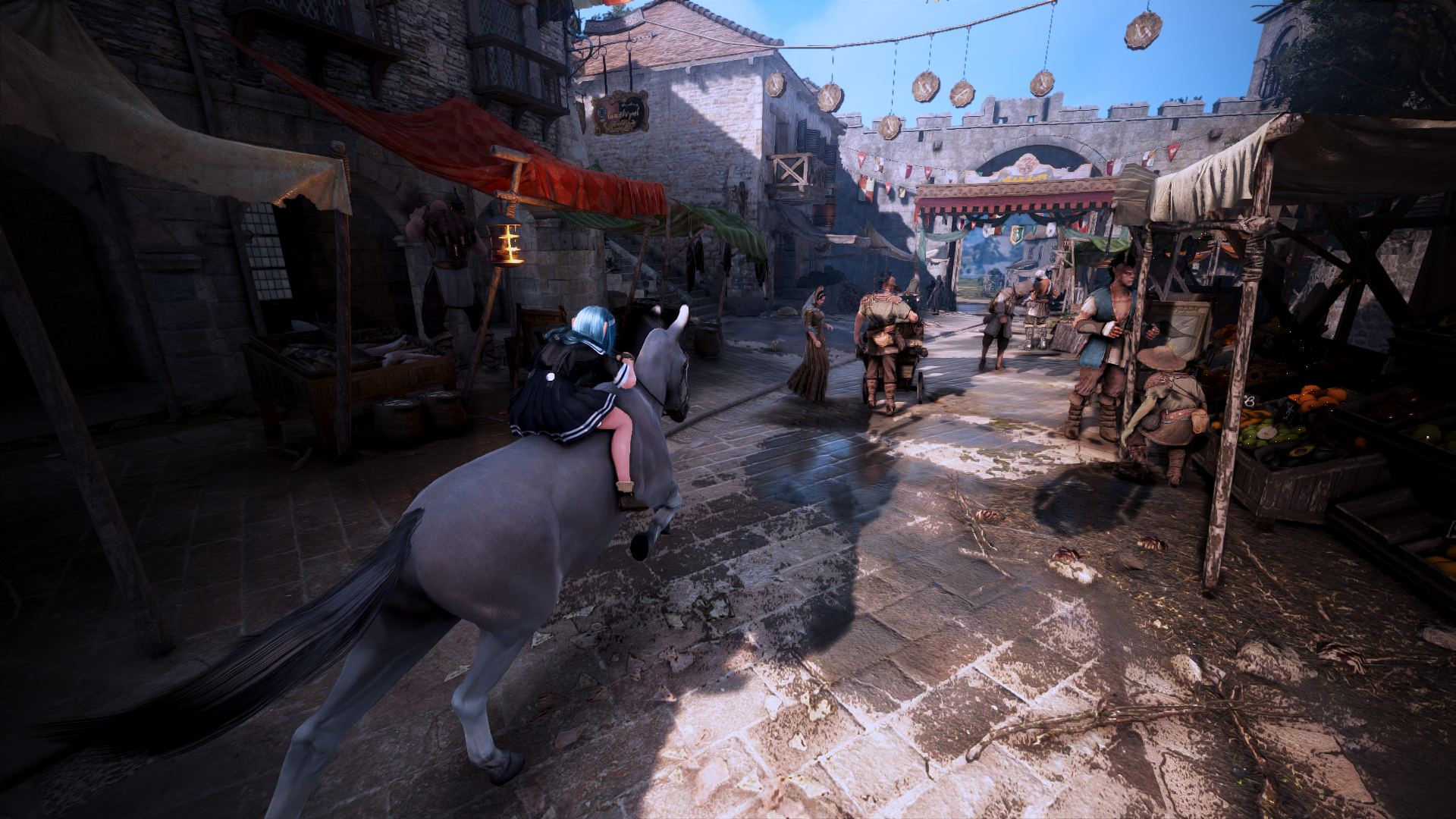 "I see a fruit stall... And no, no more carrots for you - I gave you a bunch before we started moving!"

Once they are completely out from the city, they keep on going straight by the road until Yuii had an idea coming up! 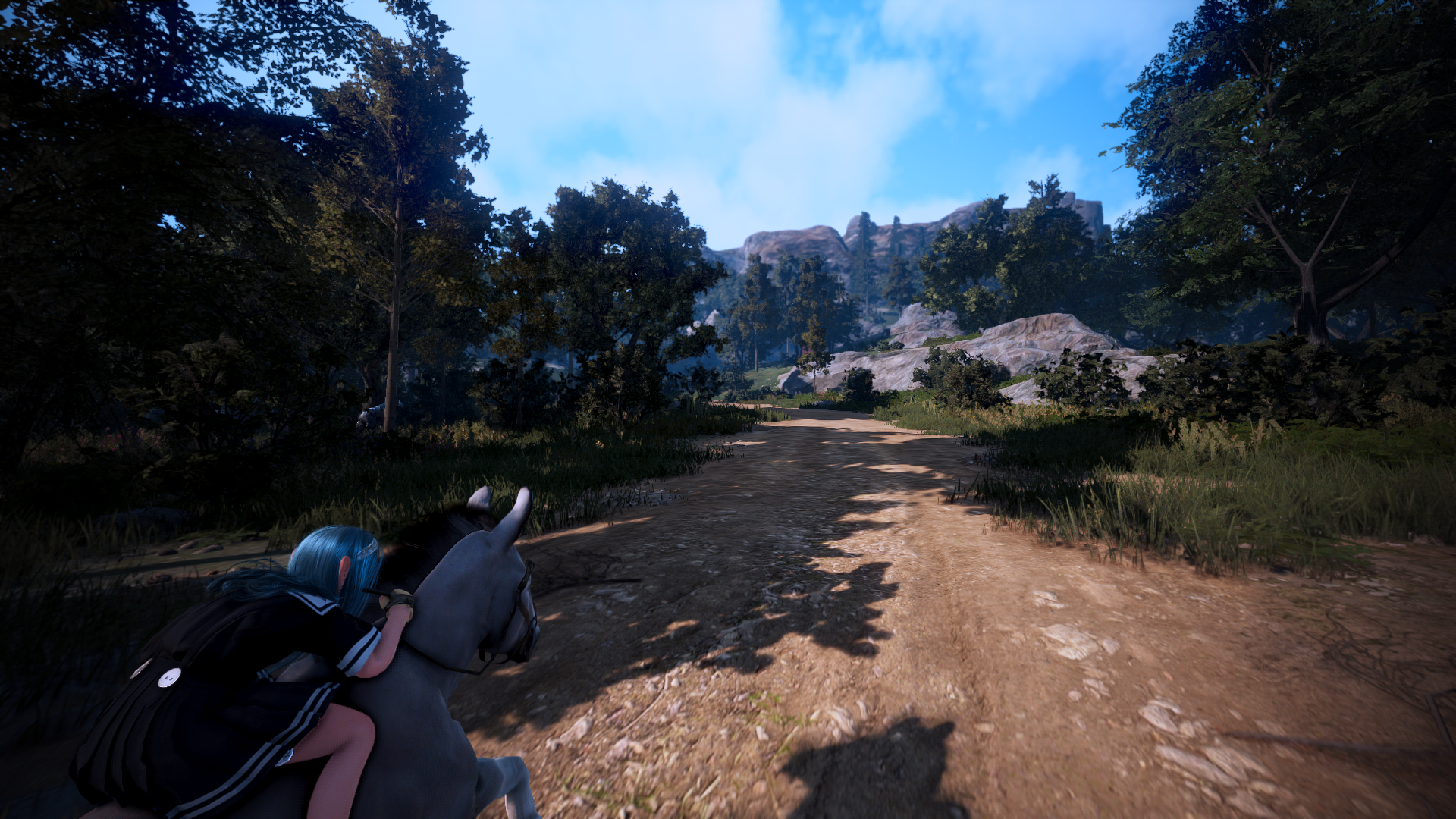 "Bubba, what do you think of that mountain? You want to try it?" 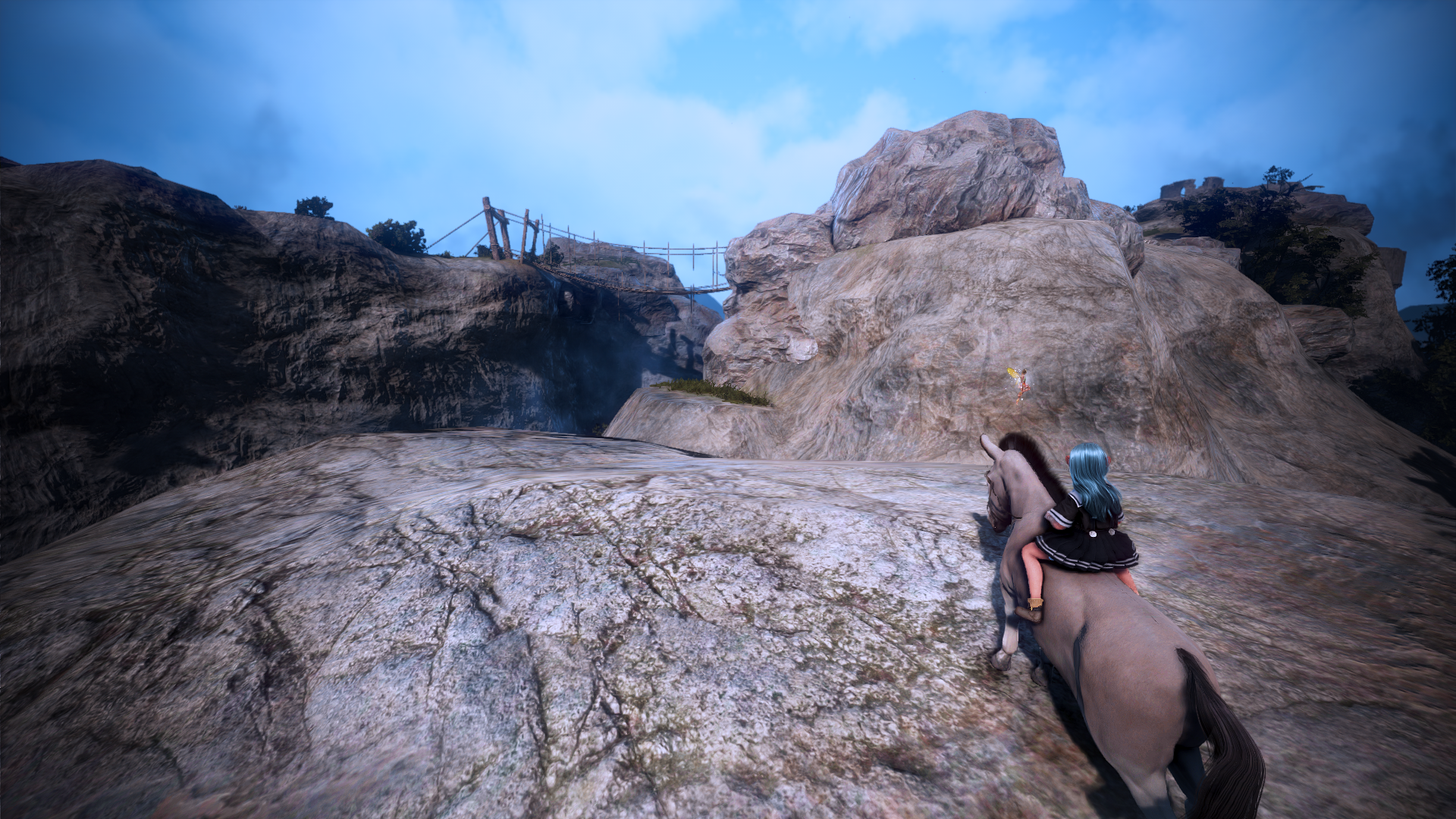 "Ehhh? Another mountain? Do you think, you can make it? Let's try it!" 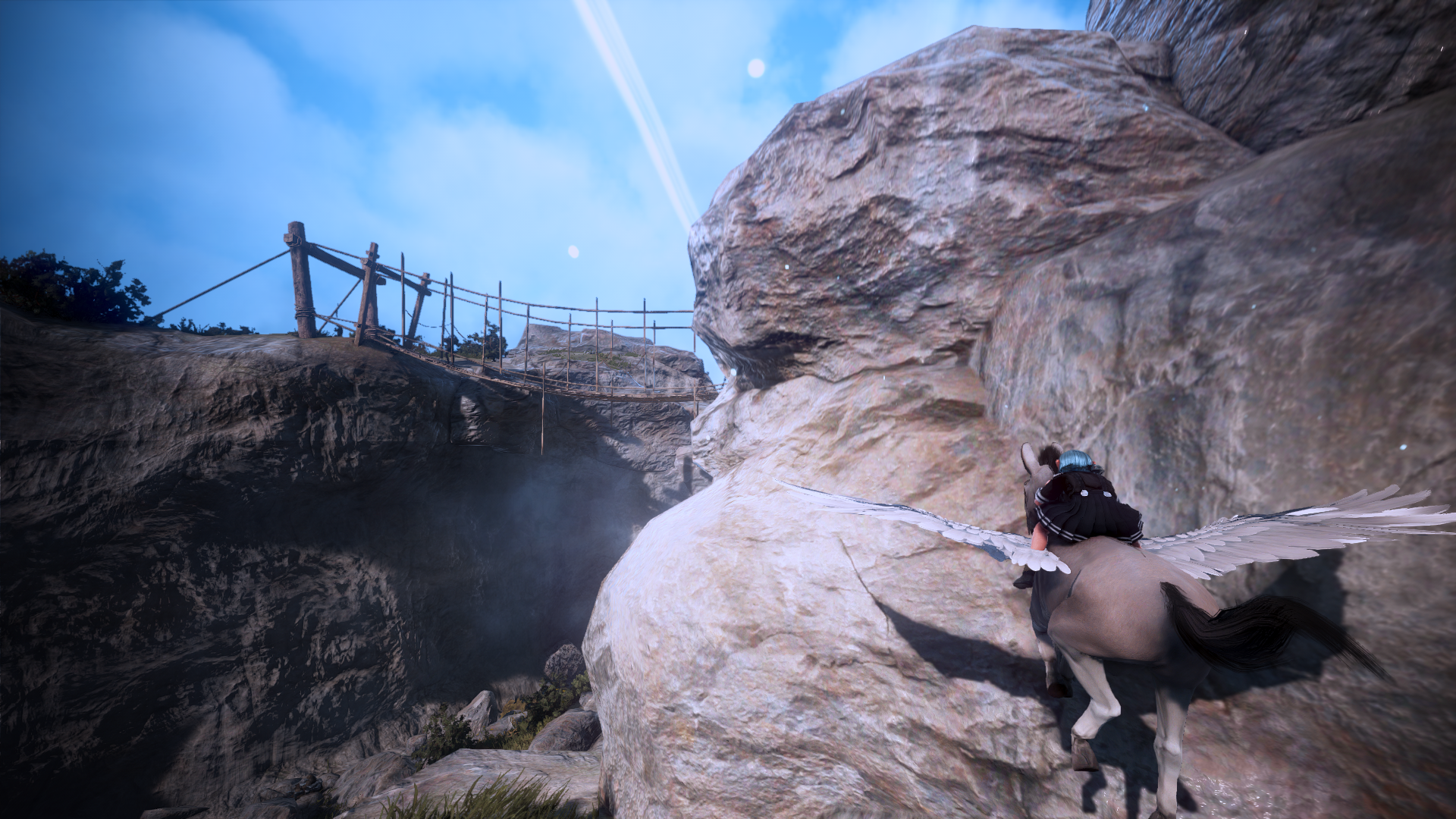 "No, Bubba! NOOO! Turn back- Ack!" (hits the rocks on the mountain)

Seems like... Yuii and Bubba failed on her own idea but, she did not give up!

She proceeded to steer Bubba carefully and indeed, they were flying in the air. 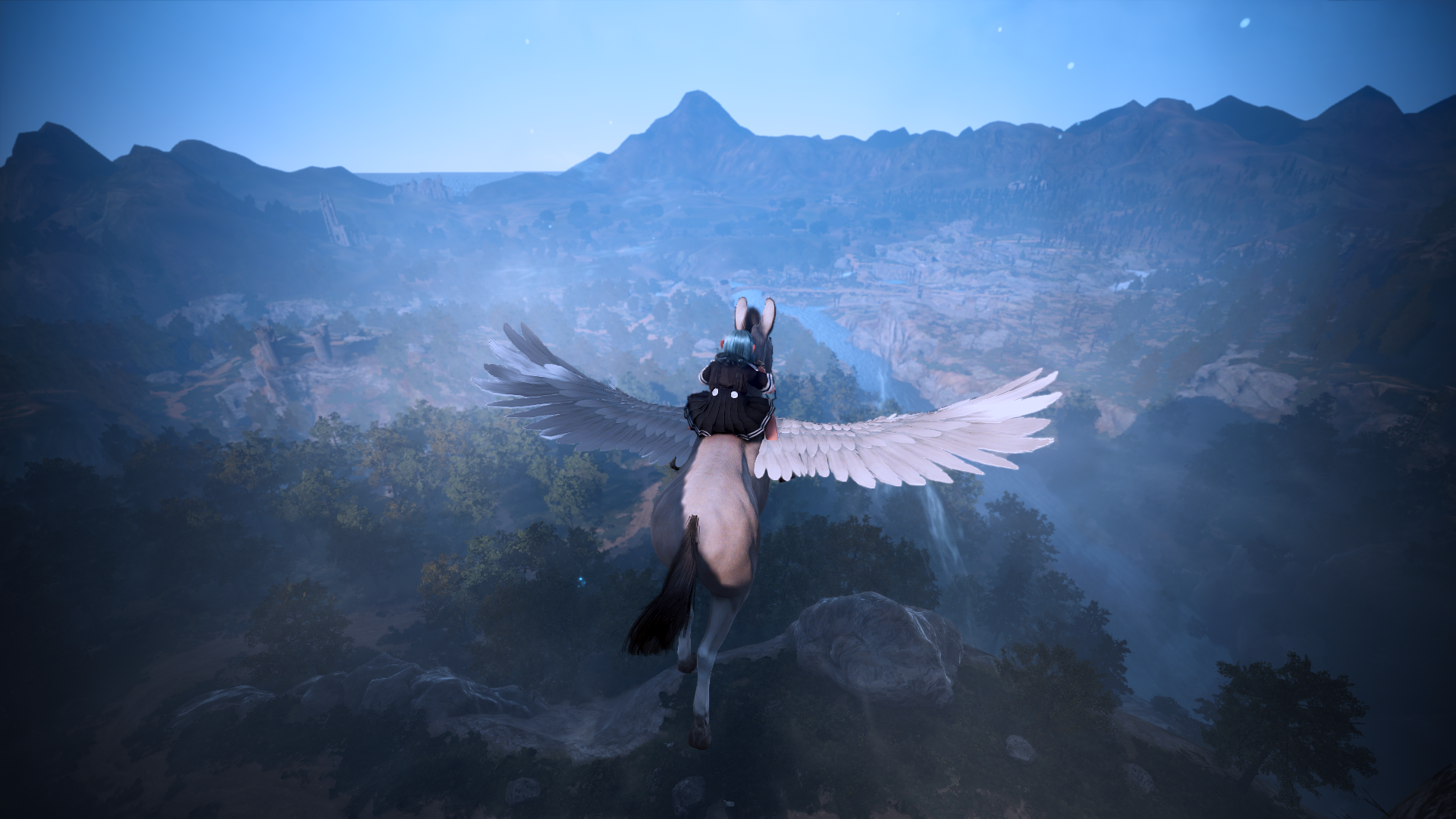 "Look, Bubba~ You are flying~" 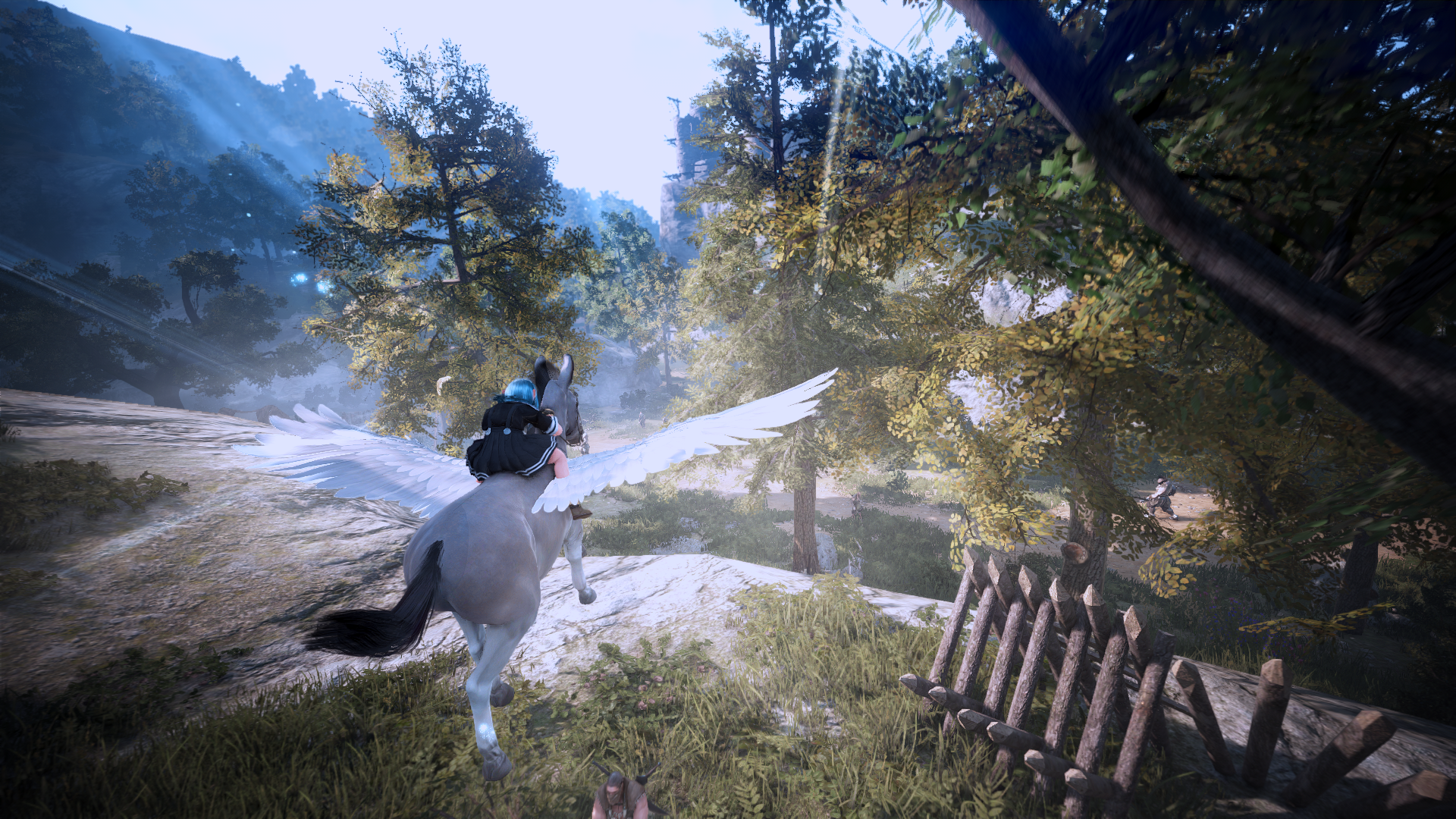 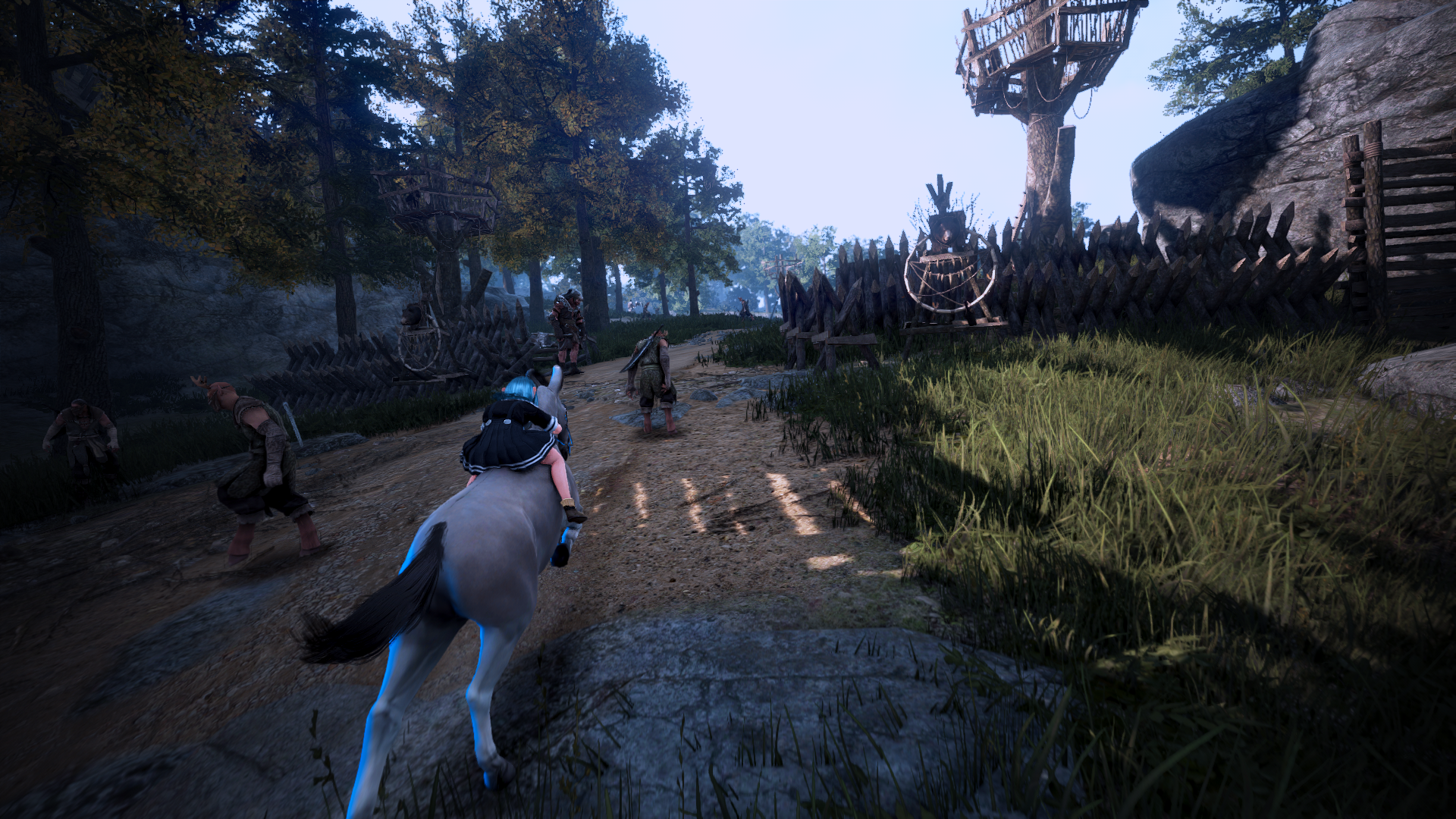 "Keep running, Bubba! Or we're both going to be found as good as dead here! AHHHH!"

After the little landing mishap happened in the Biraghi Den, Yuii brought Bubba to rest by the river nearby the area to feel grateful that they managed to escape the danger. 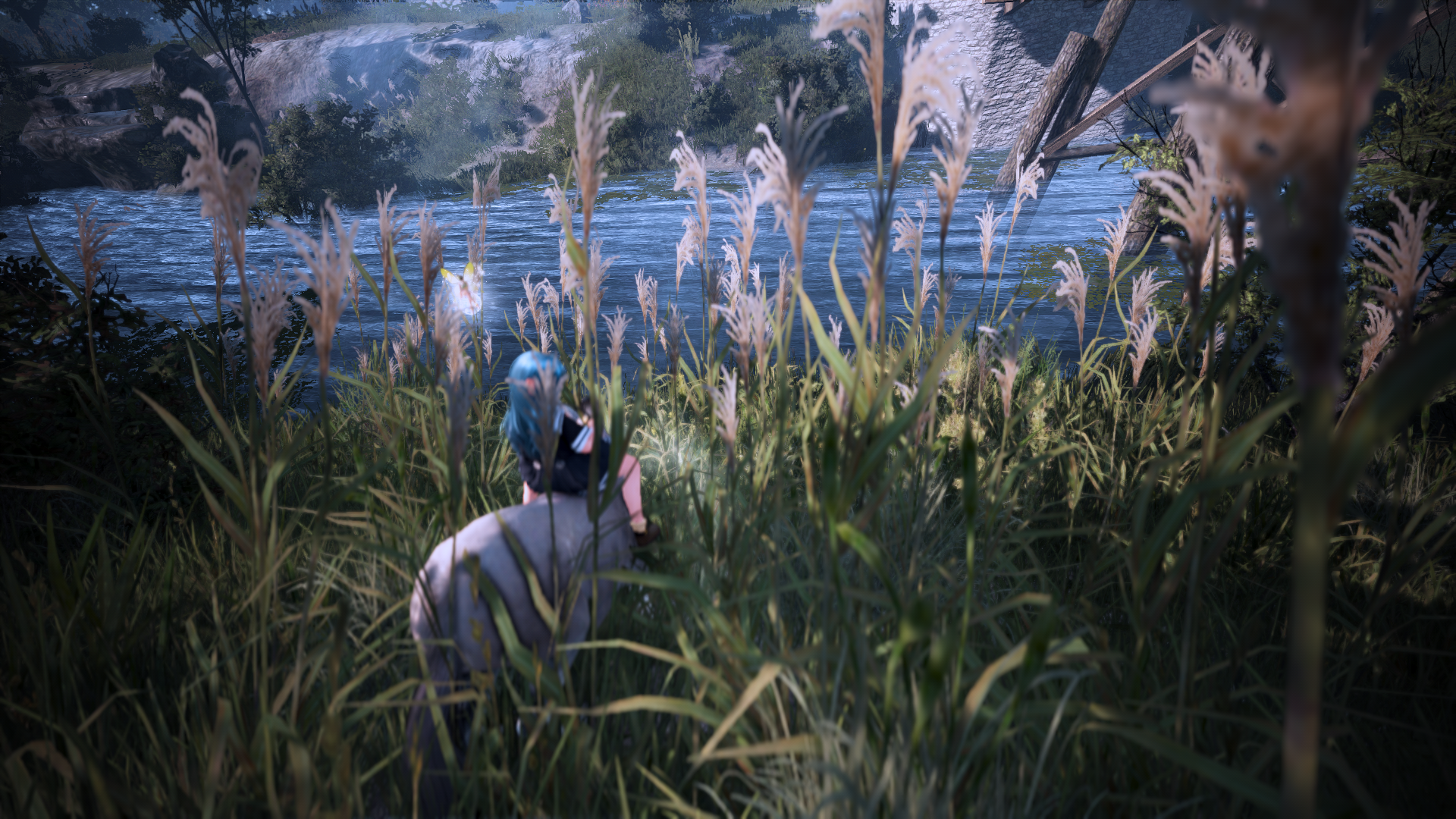 "I'm proud of you... Even you have a short legs, you can surely run like Seabiscuit!"

They both started to move again and this time, it seems like Bubba tried to disobey Yuii's guidance.

Yuii loosen her grips on the rein and figured it out where is Bubba bring her.

Bubba wanted to fly and glide again. She brought them both to a very high mountain - it was the sheep mountain. 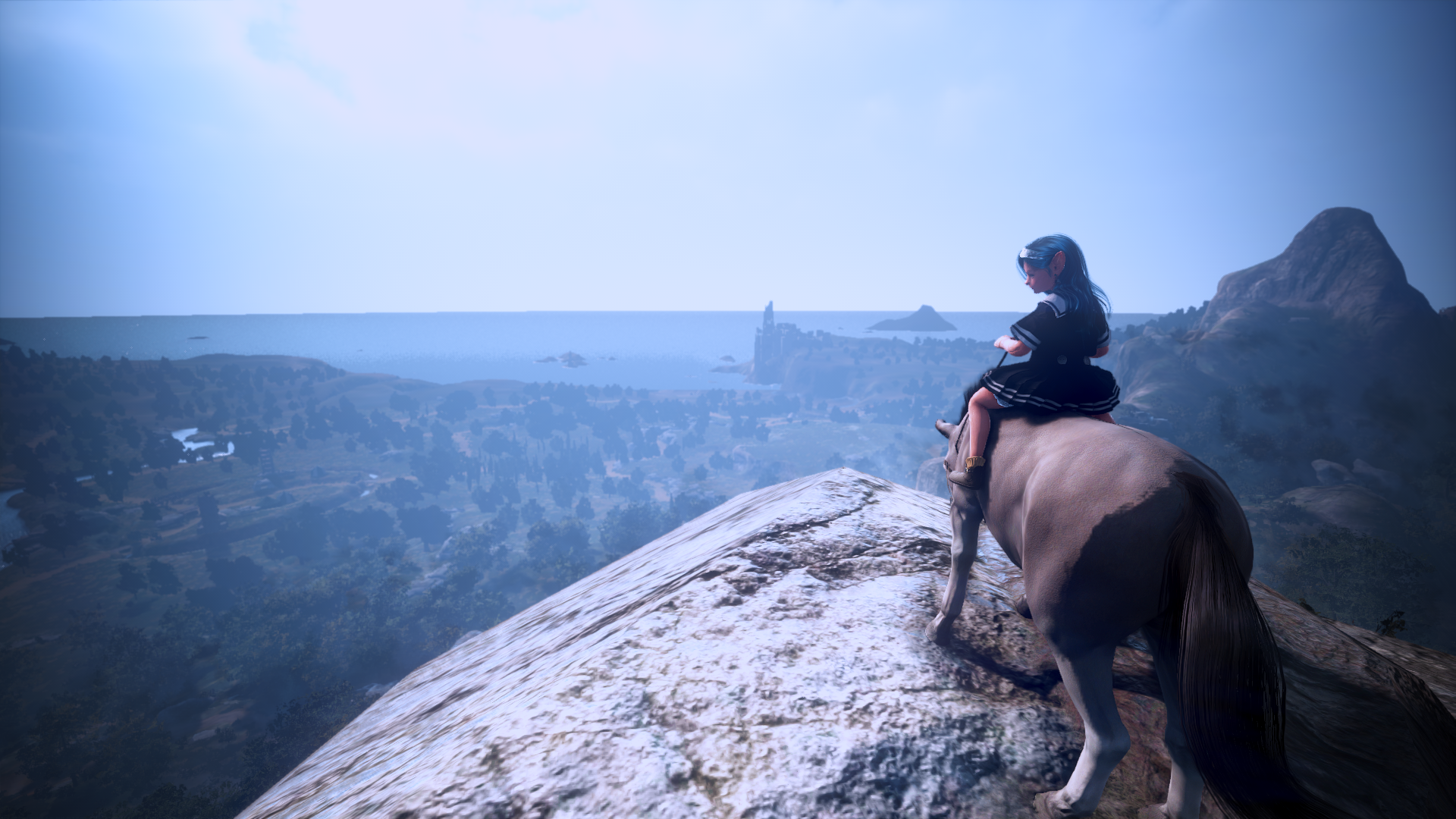 "I can see Velia from here. Do you want to try it again? Shall we?" 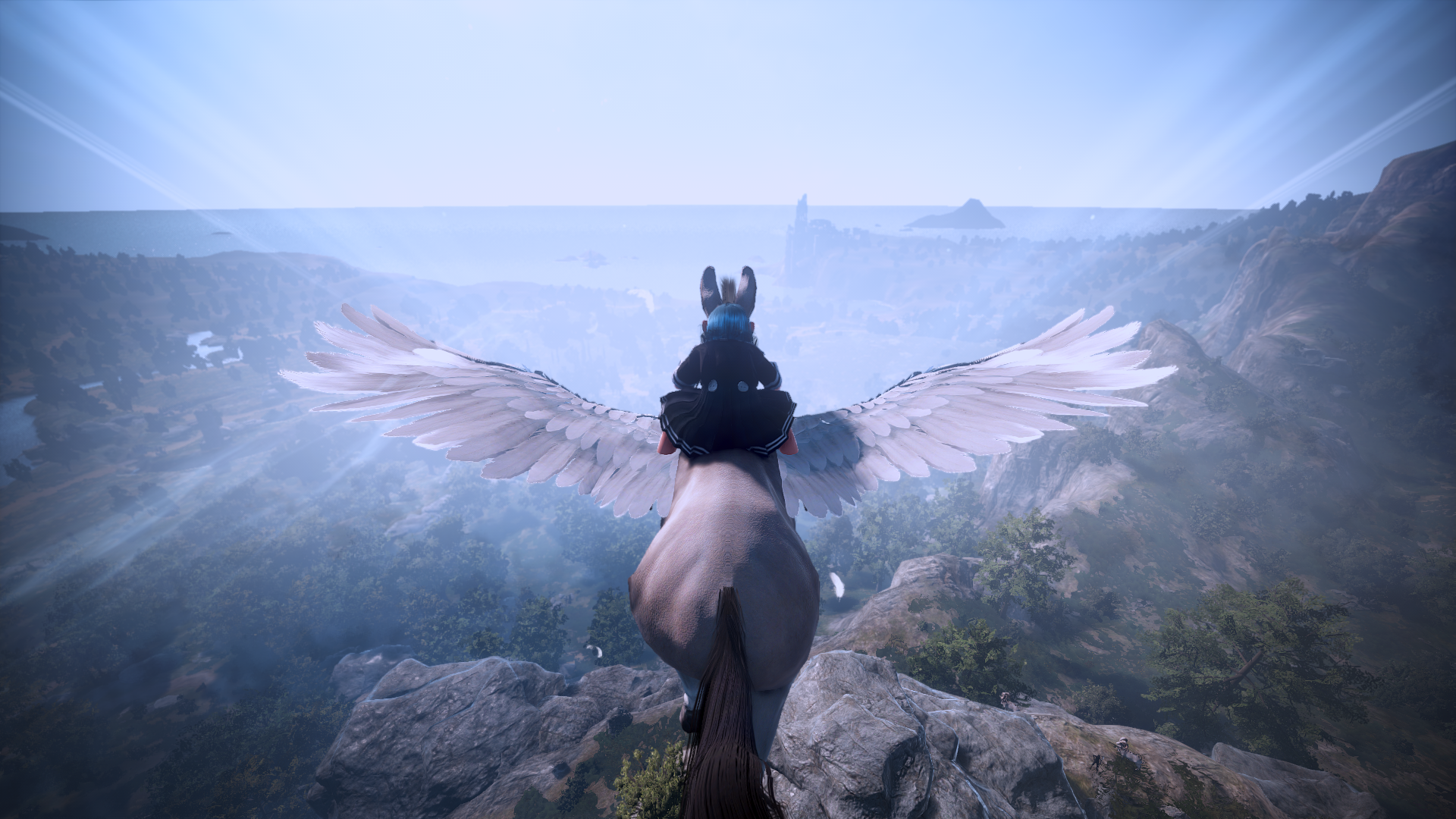 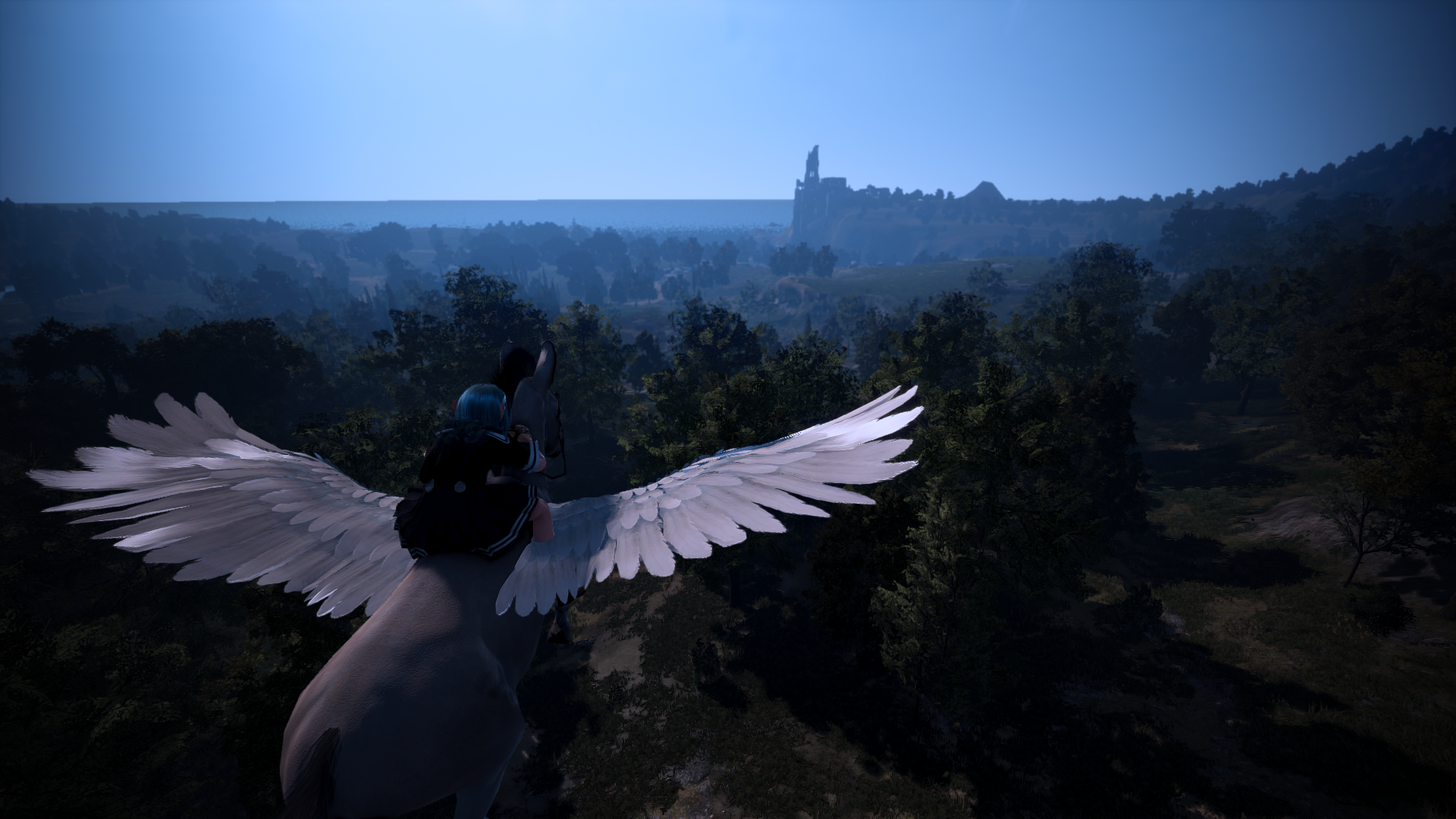 And so, Bubba succeeded to land excellently this time.

Yuii praised him a lot and he started to keep jumping in glee - obviously, feeling proud of himself this time. 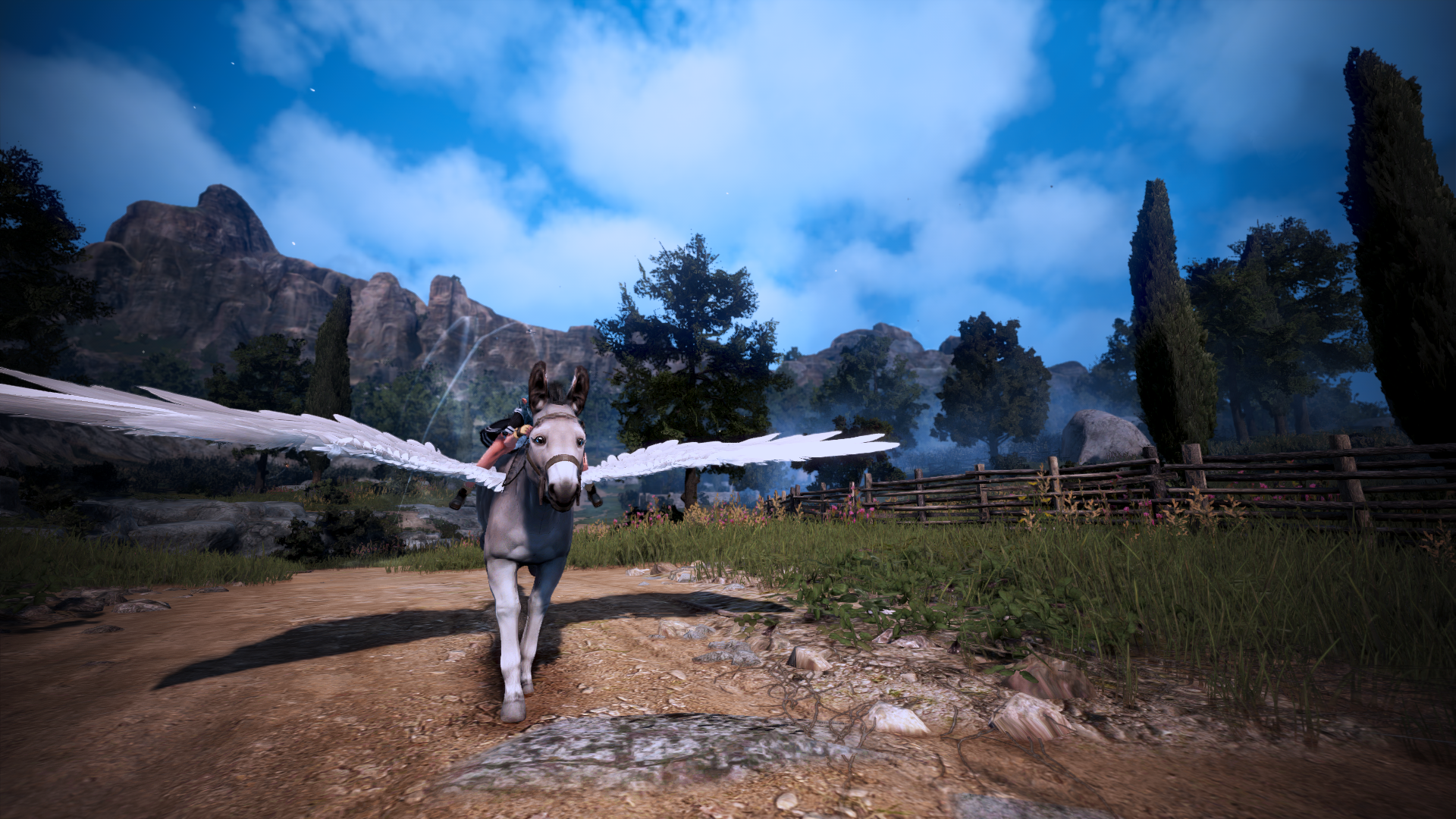 *yes, Yuii did hit her own face behind Bubba* 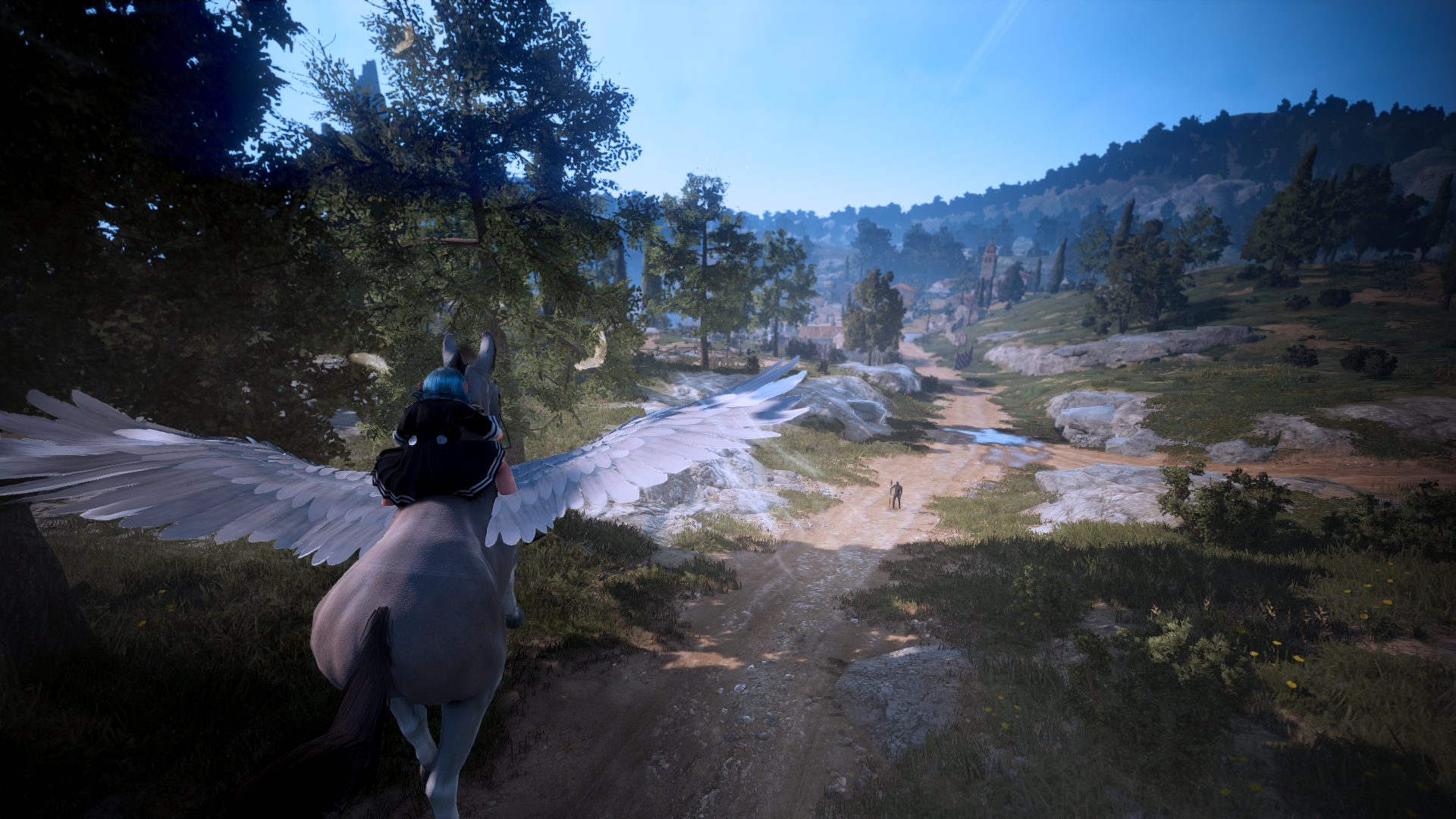 That is how - their little adventure ends! Who said a donkey cannot have a dream? It's now... 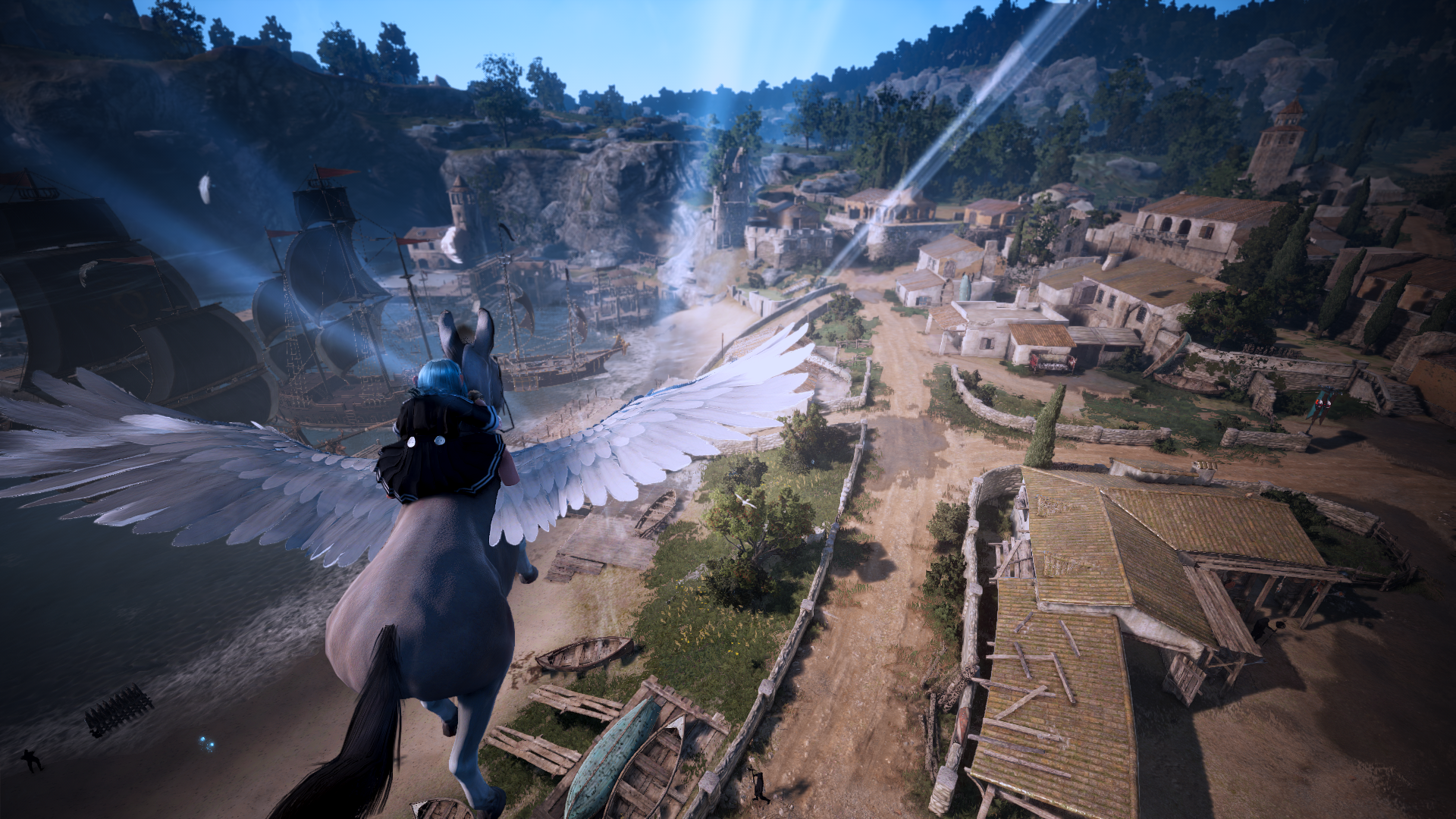 It was supposedly to be a short post but hey, why not just make it specially for my shai?

I tried to make like Bubba do actually interact and responding to Yuii a lot in this short pictorial story - (let's just pretend, okay?)

Been a while I featured my shai in anything. *side eyes to my shaiventure's play logs*

since u obsessed with 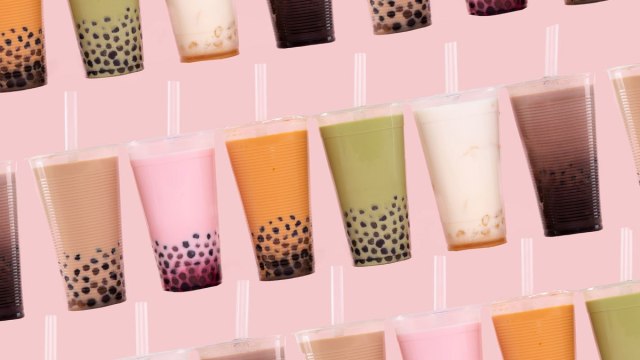 I love the part where her face crashes into Bubba back so funny!

TY for another fun edition of BUBBLE TEA!

since u obsessed with

I love the part where her face crashes into Bubba back so funny!

TY for another fun edition of BUBBLE TEA!

Give me my bubble tea!!! *but I like Vanilla Frappe with almond milk from starbucks now TwT

I legit went to check the dates - why so short one? Need more and permanent flying donkey!