Emboldened by her curiosity, Shai had delved into the forbidden cave where a terrible and frightening experience left her suffering from an endless nightmare...

And now, having lost all her memories, she once again encounters that dark illusion.

Will she be able to overcome her fears and return to her once cheerful and bright self?

"The one with the light of the world"

If everyone is virtuous, does virtue really exist?

If everyone shines brightly, would they truly be called light?

Light may only exist because of darkness.

Born in the darkness with the First Light,

Shai had been overcome by her curiosity and lost her memories to a dark illusion.

She left her hometown of Florin to begin a long journey.

Yet, fate once more brought her face to face with the dark illusion.


"I am the shadow cast by the light of your curiosity."


This third dark illusion she faced only had a few short words before it tried to devour, not just her memories this time, but her whole self.

The moment the darkness completely engulfed her light, a ray of light pierced through the darkness.

After narrowly escaping to the nearby Florin, Valentine surprised her with his words.

"So, you’ve returned after seeing the dark illusion..."


It was a paradox, the dark illusion could only exist as long as there was light.

Valentine was also one of the lights for the Shai-kind.

He taught her how to escape the nightmarish illusion.

And hoping for another miracle, Valentine sent Shai to Artina, a wandering musician who previously helped Valentine overcome the dark illusion.

That is how Shai’s first meeting began with her prickly and somewhat ill-tempered teacher.

Intrigued by Shai’s earnestness and innocence, Artina decided to teach her true music.

In the hopes the music would perform the same miracle it had for Valentine several decades ago...

"I’m neither a wizard nor a healer. Just someone who loves music."

As she began to learn music under Artina’s guidance, Shai realized just how beautiful music could be in so many different areas.

Little by little, she started to overcome her fears as her heart grew stronger.

She promised herself that she would play beautiful music, not just for herself, but for the entire world…

Before long, instead of fear for the dark illusion, Shai’s eyes shone with the confidence of her purpose in driving out the world’s darkness.

"Perform for the world. If you don’t do it properly, I’ll take back the musical instruments!"


Leaving behind Artina’s concerned worrying, Shai stepped towards her search of the world’s darkness once more.

This time with her beautiful melodies and music-loving friends at her side.


"For the shadow of darkness cannot overcome the melody of light." 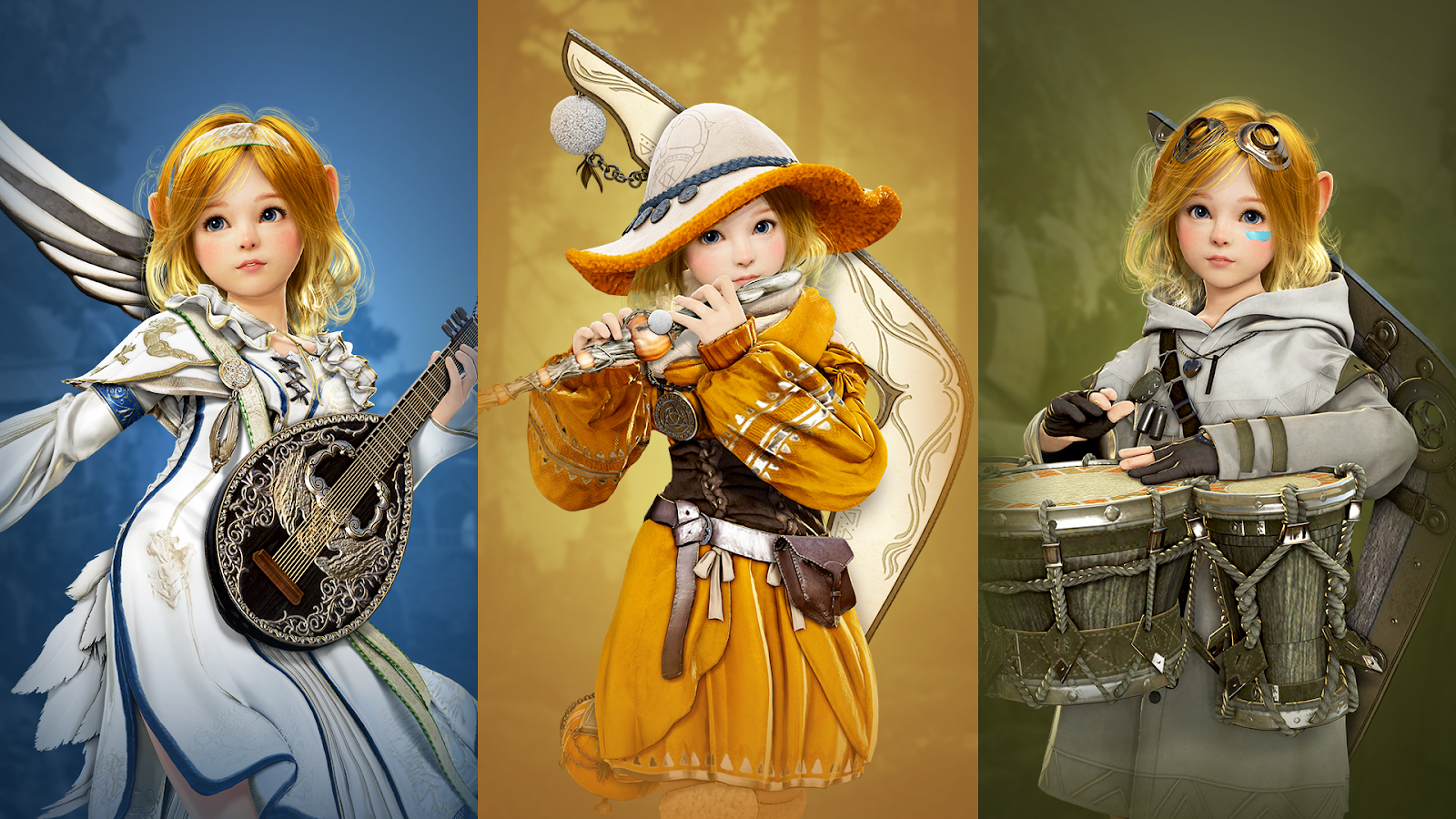 Previously on June 15th, we revealed a sneak peek image of Shai holding a musical instrument.
Yet, that was just the tip of the iceberg!

Whereas other classes awaken new powers through their ‘Awakening’, Shai uses her new Talent to play Sol!

So, what abilities will Shai show us?

Three Ways to Perform, Many Abilities

An energetic tune that greatly empowers Shai and her nearby allies.

Shout to the Sky

Music filled with the power of life.
Even in chaotic battlefields, Shai’s performance will shine brightly and provide a powerful health buff to her allies.

But be warned, listening to this performance will not change your fate if you rush headlong towards the enemy

Plays an energetic and dynamic tune that increases the agility of allies.

This heart-pounding performance will keep everyone quick on their feet.

On a hot summer day, Shai composed this piece while imagining the cool rain.
Allies will joyfully welcome this performance as if it were rain on a dry and hot day.

A refreshing tune that briefly increases all allies' status resistance.

Differing from the existing classes, Shai is a new class that brings a unique play style to Black Desert!
By now, I’m sure you’re curious to what melodies you’ll hear from her.


So, don’t wait any longer and go see this courageous holder of the light’s melody, Shai~

View list
Comments 5
Garrettx
Lv. 59
THANK YOU FOR SHAI <3
Zeramy
Lv. 61
Awesome (/owo)/
XZekQZuneR
Lv. 60
still waiting for the 50% discount of Naphart Campsite
Innocentio
Lv. 62
It's so pity for PA to design the class which cannot protect itself from enemies Shai must have the power of damage reflection or strong healing for herself to prevent enemies bothering her.
The post was deleted.
ZAKIYYAH
Lv. 60
^ dmg reflection & strong healing ? if that happen Shai will be so annoying and OP at the same time also attract more 'lolicon-guy' to toxic at the game and 'lolicon theme' more common in the future.
Cancel Register
Cancel Register
1
View list