This is The MMORPG, Black Desert.
Another Conquest War is over. Here is what happened this week. 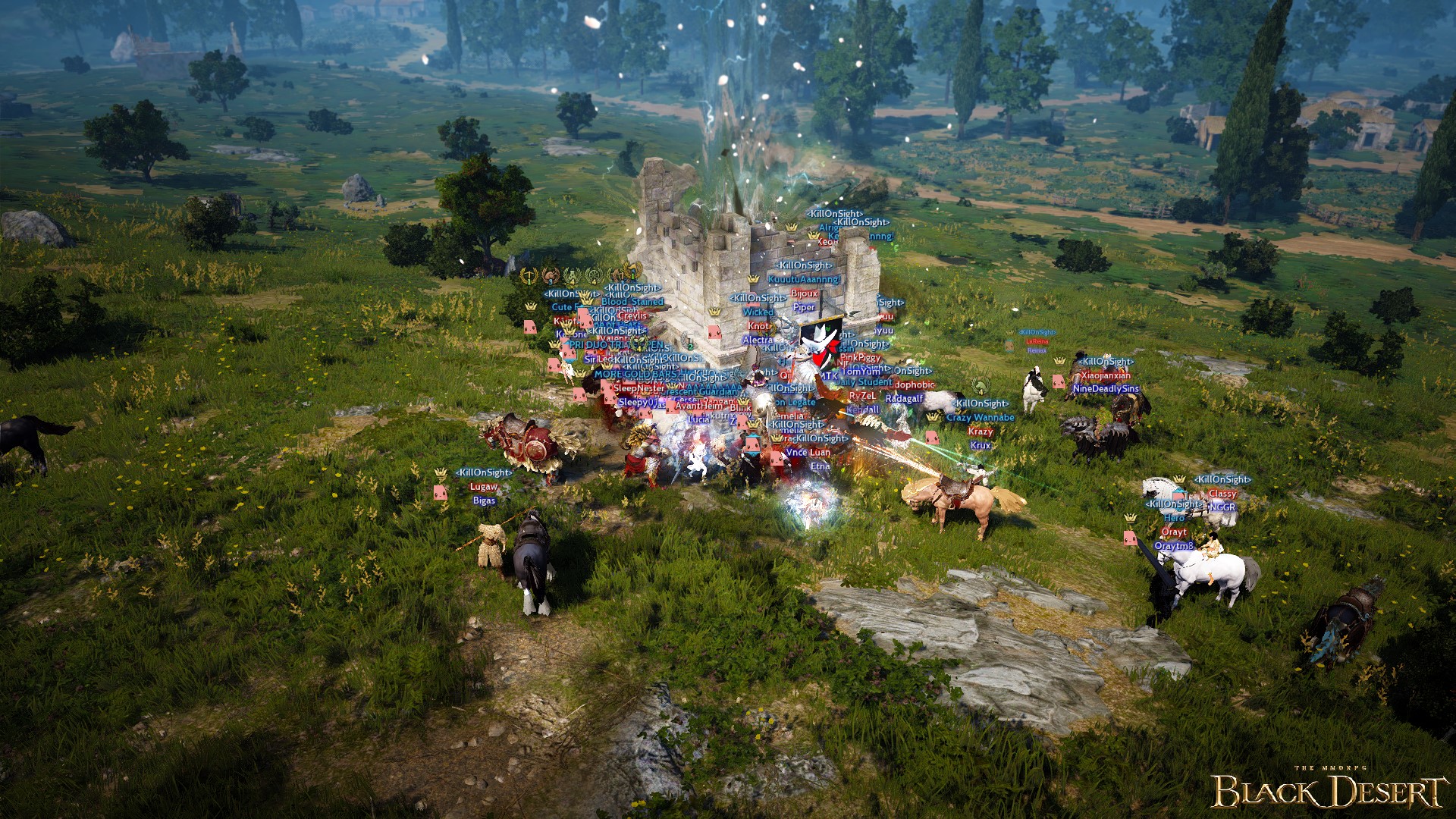 IECA was the first one to be defeated during the war at the hands of Wrath.

Moving to the fort of the defending guild Empire, Wrath had easily destroyed the fort as it was left unguarded and defenseless. 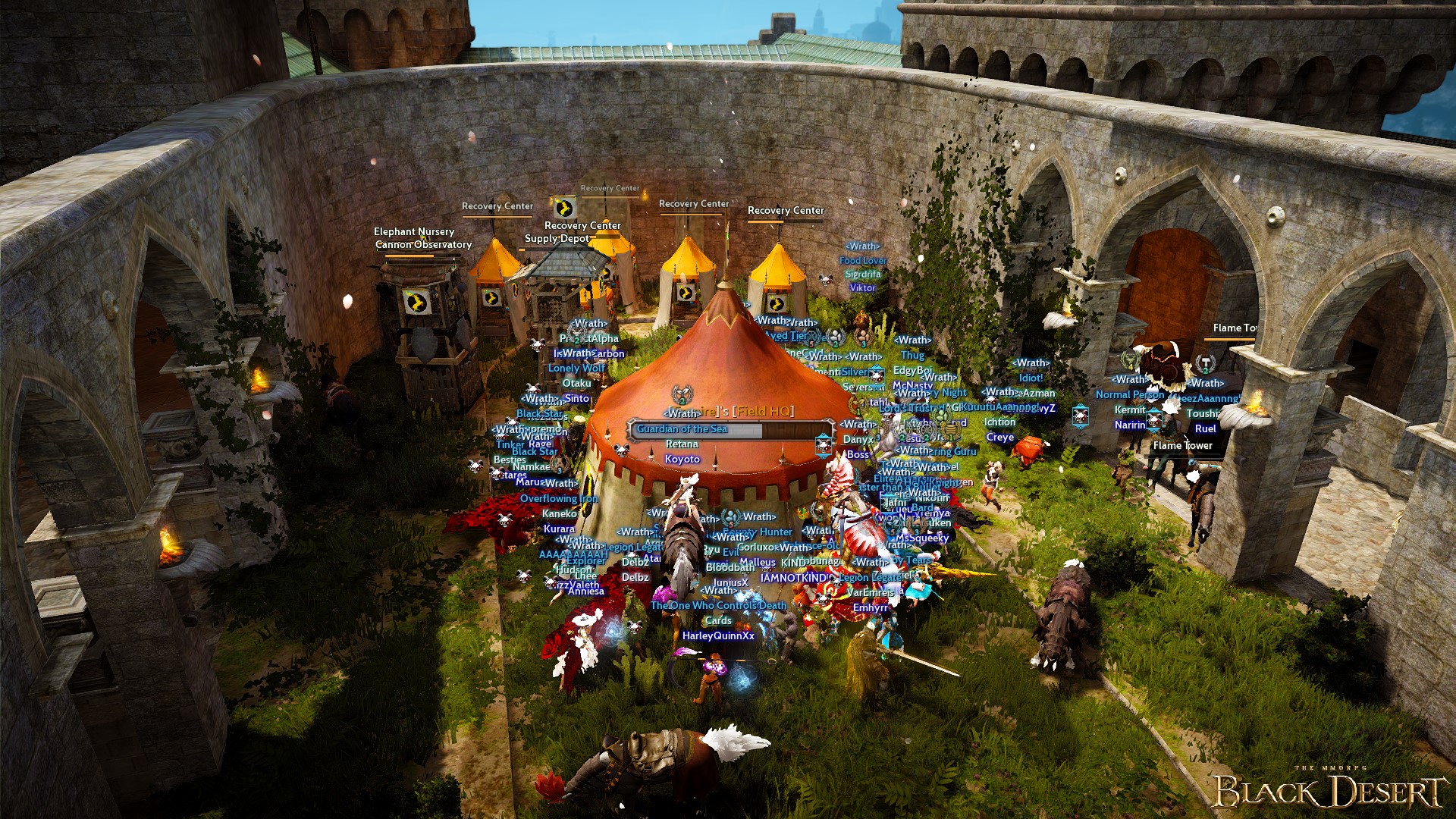 UNITY, another easy target as their fort had no defensive structures or defending forces eitherl. Wrath made quick work of their fort, destroying it and grabbing a win for Calpheon territory. 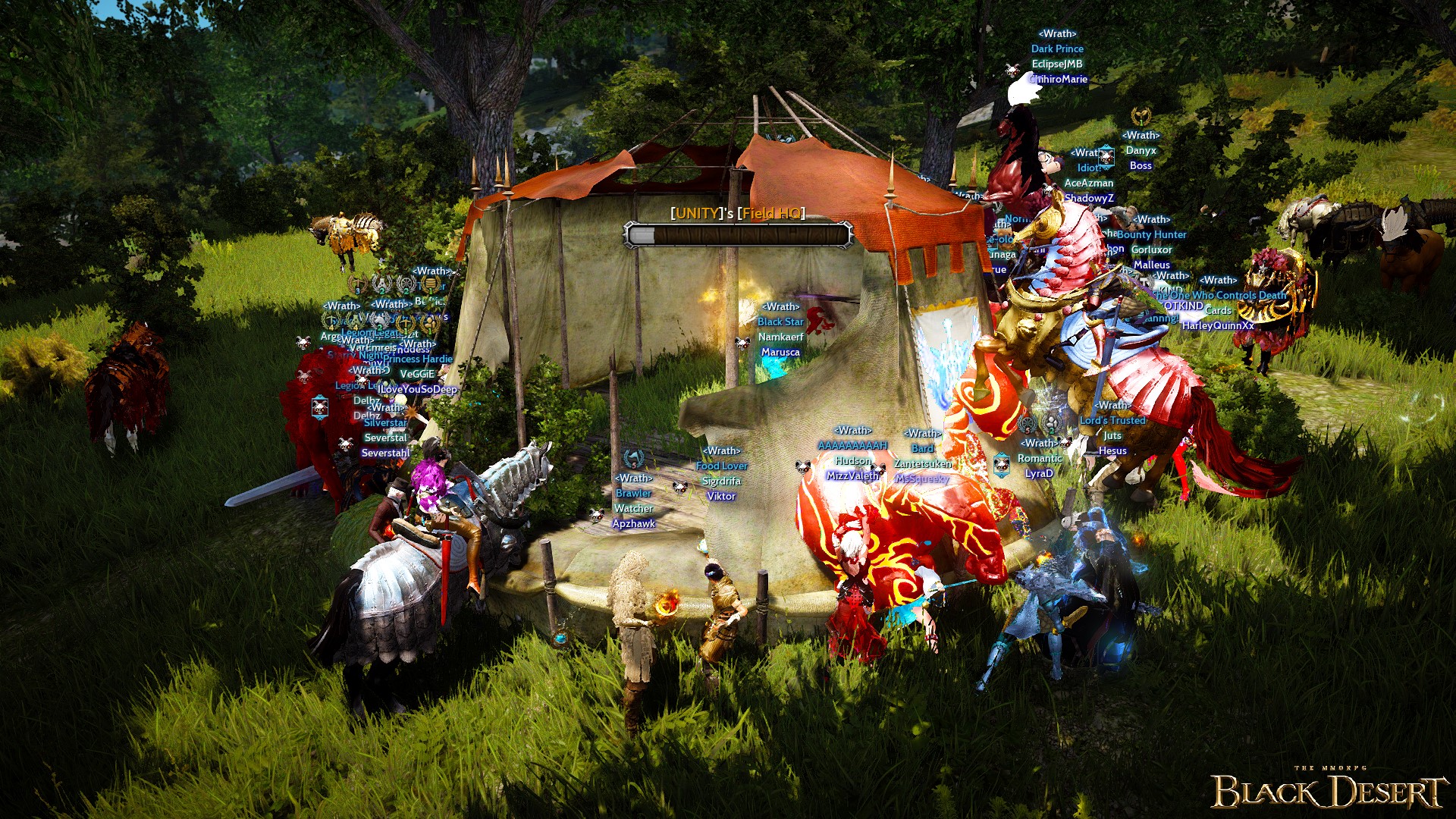 Hydra was the first to fall in the hands of ROBBED as their sheer numbers overwhelmed Hydra forces, ROBBED was able to easily destroy their enemy's fort. 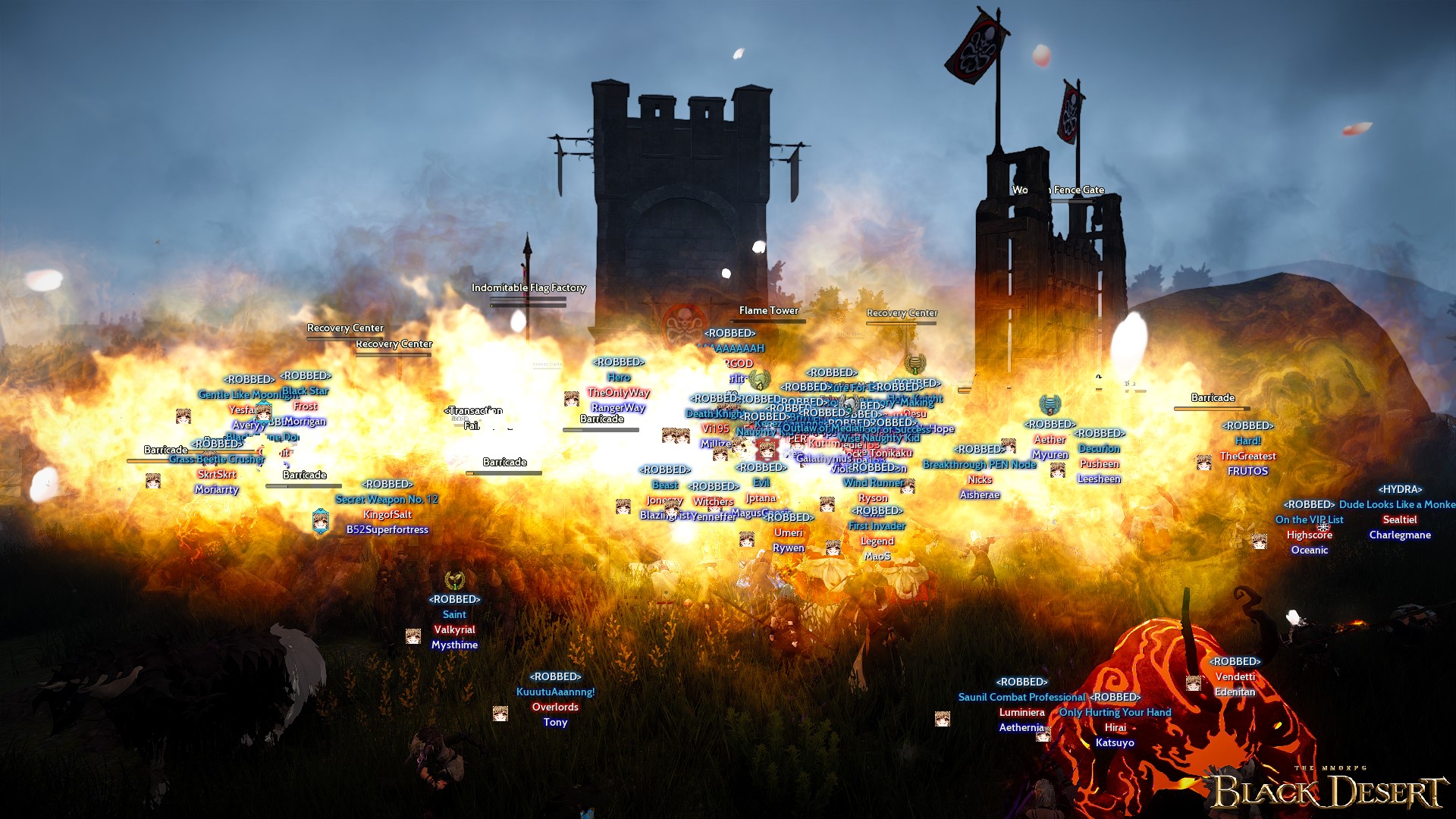 Meanwhile, MurderKing was able to take out ExcelleonPH's run for the war. ExcelleonPH did not recover from the initial attack as their forces were wiped out and followed up with the destruction of their fort. 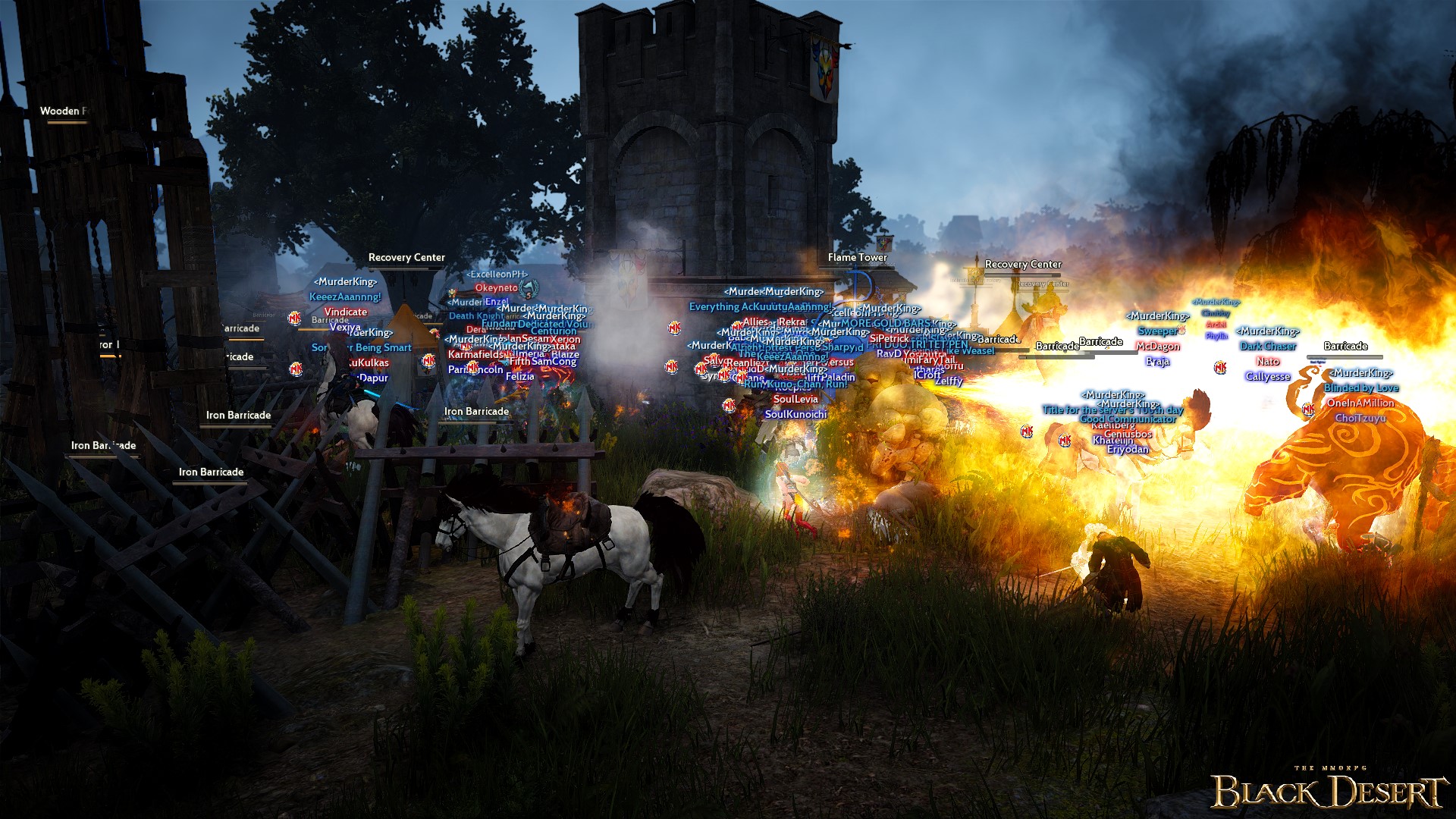 Revenant was able to defeat and destroy Altair's in a swift and decisive attack.

BlackOrder was not able to hold off Exile as they were wiped out and defeated. Noodle was the next target for Exile. With no defenses, their fort was easily destroyed as well. 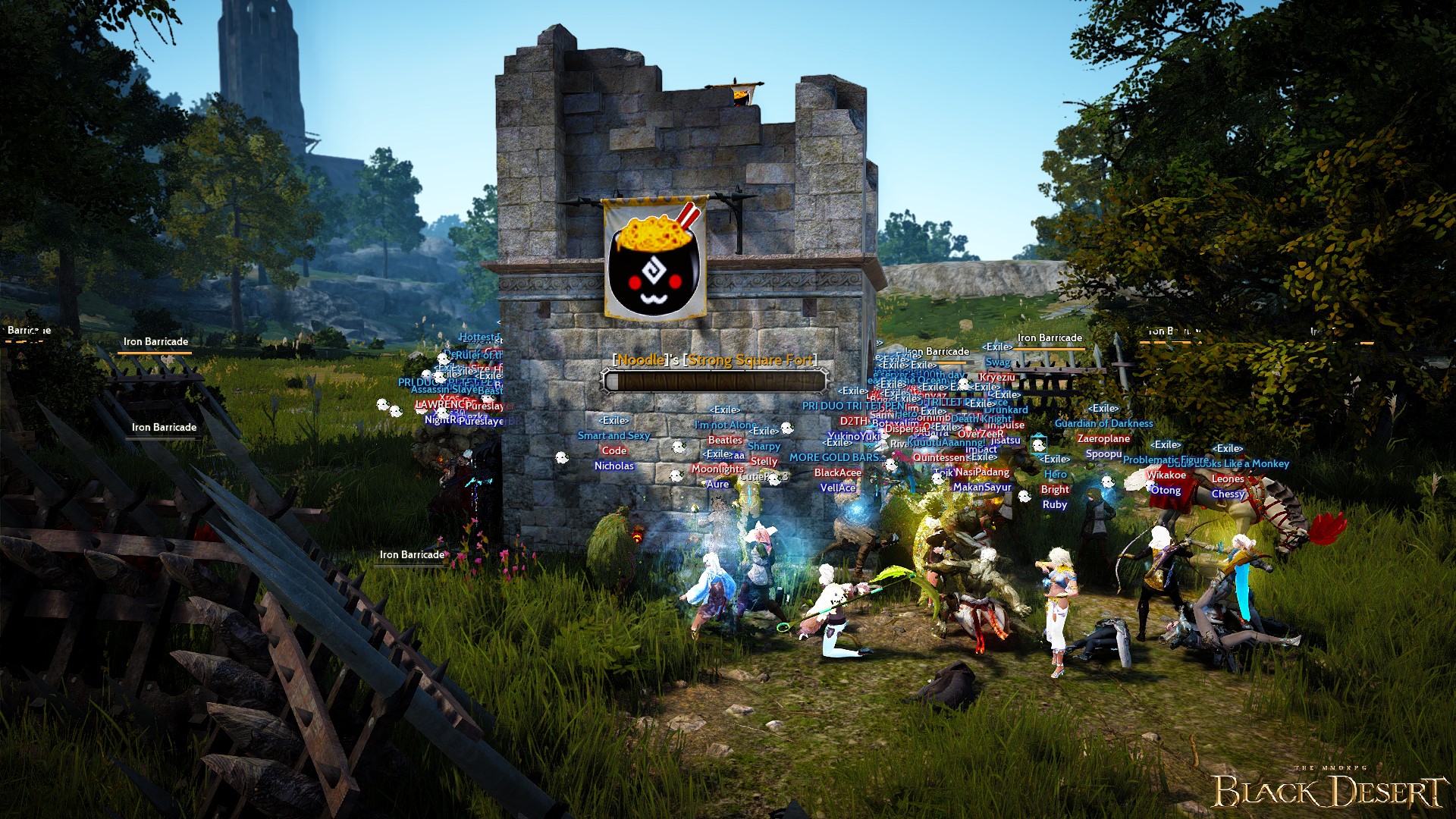 SAGA was challenged by MurderKing when Revenant forces joined the battle. Revenant helped SAGA to take out MurderKing forces. 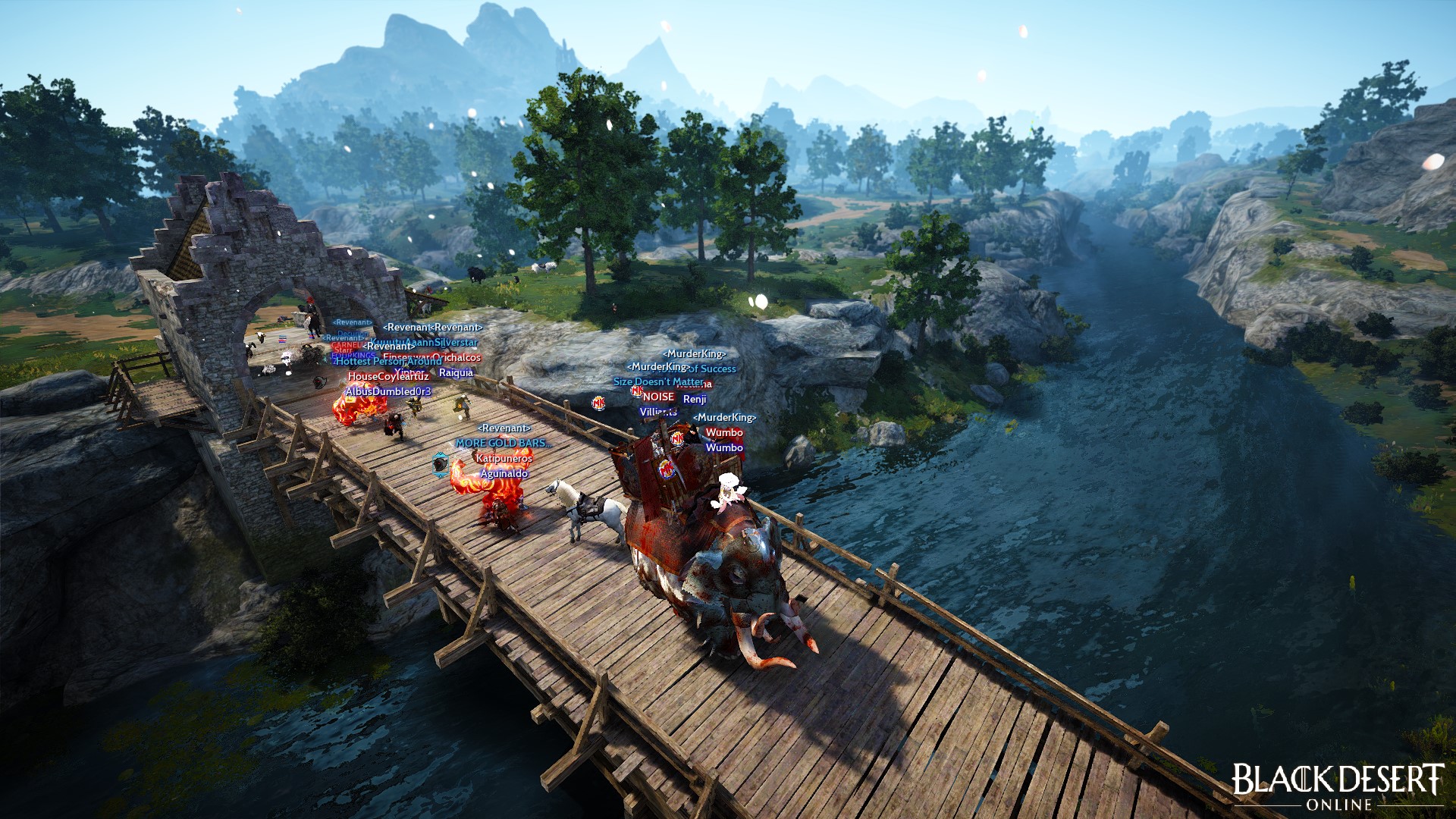 ROBBED had taken the opportunity to attack Revenant's fort and destroyed the undefended fort.

MaximuM was able to resist the initial attack from Ares. Both guilds made good maneuvers but was able to counter each other. Minutes passed as the battle between Ares and MaximuM pushed on, but it was Ares that was able to claim victory from MaximuM. 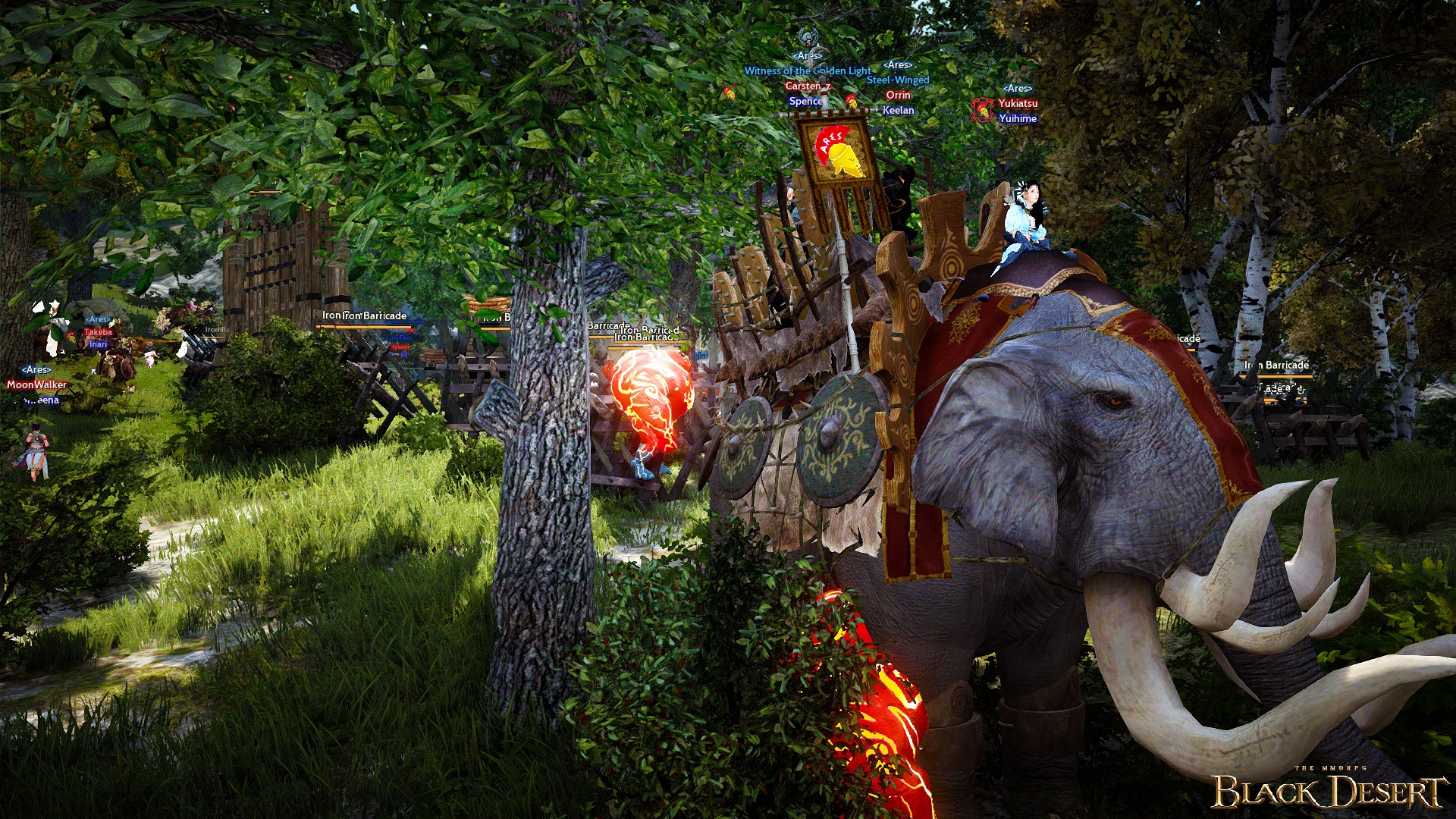 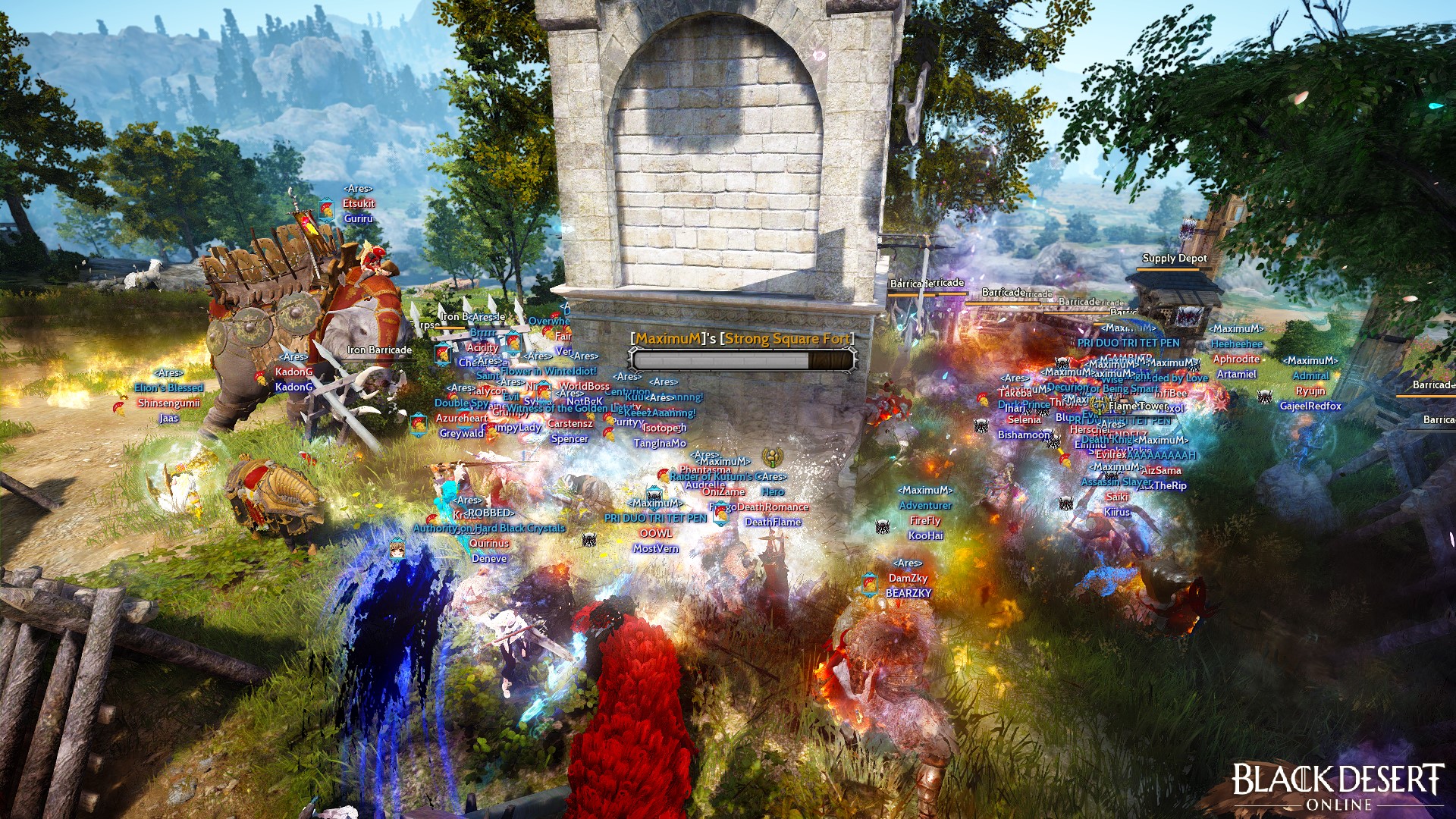 ROBBED and MurderKing attacked the defending SAGA guild at the same time. SAGA was unable to hold off both attacks and was defeated at once.

ROBBED then turned to Exile and was able to wipe out and destroy their fort. 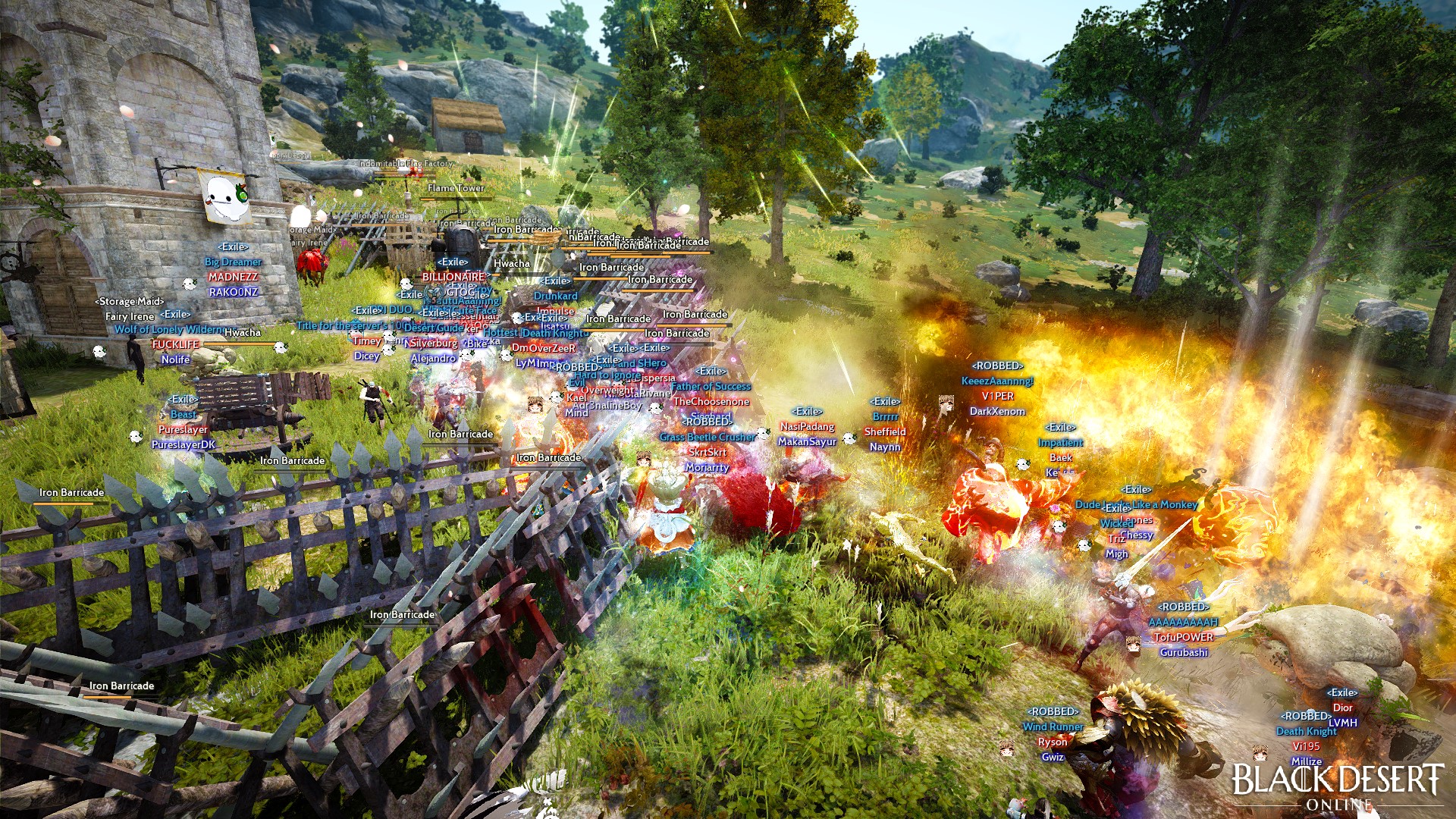 Ares was able to hold of the attacks from ROBBED but from another combined attack from ROBBED and MurderKing was then unable compensate for the unrelenting attacks from the two. Ares fell and was taken out from the war.

Turning to MurderKing's fort, ROBBED attacked and destroyed the unguarded and undefended fort in a matter of minutes.

Meanwhile, ROBBED gave Avalon the chance to attack their fort. After a few minutes, Avalon had destroyed the fort and gained control over Serendia territory. 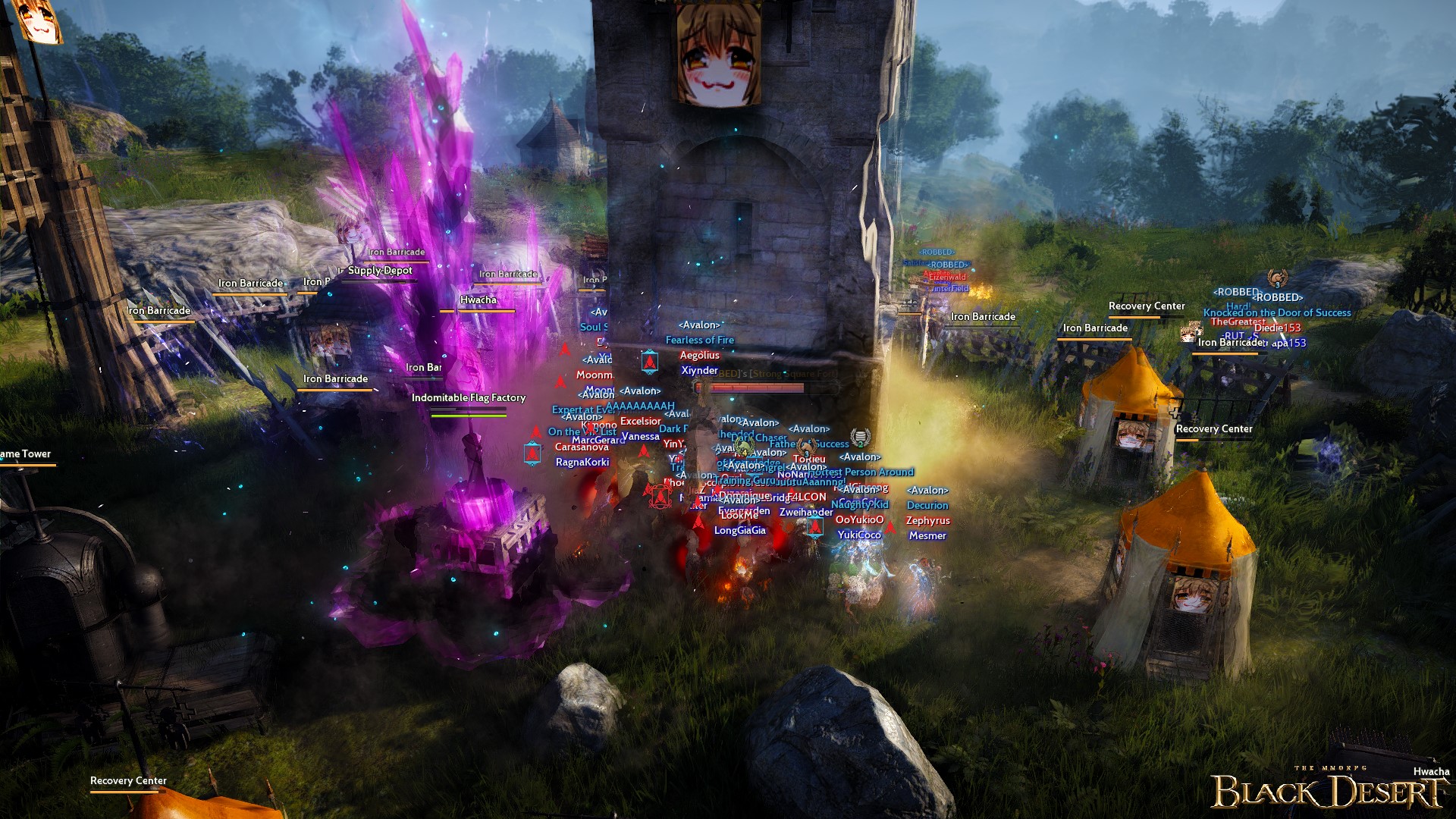 No other guilds joined the war for Mediah, giving Exalted another week of control over Mediah.

View list
Comments 12
Ryndell
Lv. 61
why nobody contested mediah?
Banks
Lv. 61
this is sad, we have 4 Territories but only 1 or 2 territories have the real Conquest war every week
MiaKhalifa
Lv. 50
1
Vitheons
Lv. 50
@Banks
Its not real wars, period.
Those who participated the siege are all allies just playing out and hand over the territory before the time limit.

Vitheons
Lv. 50
GMs are obligated to post something every week about sieges to make it interesting to those who are not playing the game. Despite knowing about the alliances.
Banks
Lv. 61
@Vitheons
Allies not the problem, u cant win territories by ur own.the problem is KoS and Exalted are too stronk to be challanged. they must fight each other to make this server interesting.
Banks
Lv. 61
left calpheon,balenos,serendia territories for the T2 guilds i think xD
Bang
Lv. 1
For the uninformed, nobody goes to Balenos because the consolation prize is, well, Balenos. No point. KoS is taking refuge there while they're weak because nobody will contest.

Bang
Lv. 1
Calph is a 4-5 man alliance of Empire, IECA, Wrath, Unity.
ROBBED's alliance is them, MaximuM, MurderKing, Avalon, + the other 3 small guilds.
Exile is SAGA, Revenant, themselves.
Ares is alone.
Bang
Lv. 1
and KoS's is Excelleon, themselves, BlackOrder, and Hydra.
Banks
Lv. 61
@Bang because balenos prize are low. left it for T3 guild for their growth, this is like sharing territories between T1 and T2 guilds. only 1 or 2 territories have the real alliances war every week
Teragama
so, when the new system of siege will be implemented?.