This is the MMORPG, Black Desert.

In Black Desert, there’s a lot of PvP content to choose from. Although the Battle Arena allows 1:1 combat against one other Adventurer, there is now a new arena where you can split up into teams to battle it out: the Arena of Arsha.

Adventurers can become the ‘operator’ in the Arena of Arsha allowing them to invite other Adventurers to the arena for team selection. Today, we’ll learn more about this new arena and how it works.

◆ How do you enter the Arena of Arsha?

Specialized exclusively for PvP, Adventurers can enter by opening the ESC menu then clicking on ‘Arena of Arsha’. However, not everyone can enter freely.

To enter, Adventurers must get an invite from an operator who has successfully reserved an Arena. Only guild masters can reserve and become operators but anyone can be invited to enter as long as they have an invite, regardless of their guild.

◆ How to become an operator

As previously mentioned, you must be a guild master to reserve the arena. A guild master can go to the ESC menu and open the Arena of Arsha window. On the window, it will show a description of the arena and the current reservation status on the side. The arena can be reserved for a full day upto a week in advance.

Except for Conquest War servers, each server has its own Arena of Arsha and is operated separately.

Note : Arena of Arsha is currently available only in the Arsha-1 server. Arena of Arsha will be available in all servers (except for the node/conquest war servers) after the next week's regular maintenance (2018/07/26). We apologize for the inconvenience.

Once you have picked a date, let’s try reserving the arena. The booking fee is 10 million silver from the guild funds. You can cancel your reservation at any time but you won’t get the guild funds back once you cancel.

When you have successfully booked an arena, open the guild window (hotkey ‘G’) and click on the ‘Arena of Arsha’ button to receive ‘operation rights’. This allows the guild master to enter the Arena as the arena operator (you must be on the server you booked to enter).

◆ You set the rules!

Once you enter the arena you booked as the operator, you can click the ‘Operator Only’ button to manage the arena. As the operator you are able to: start and pause matches, revive all, set a match type, set a target score, set a time limit, set a level limit, and make parties.

Let’s go over these settings as they may be new to some Adventurers. There are two types of matches, Team Match and Survival. Team Match have multiple rounds with 2 teams while Survival has a single round with multiple teams. 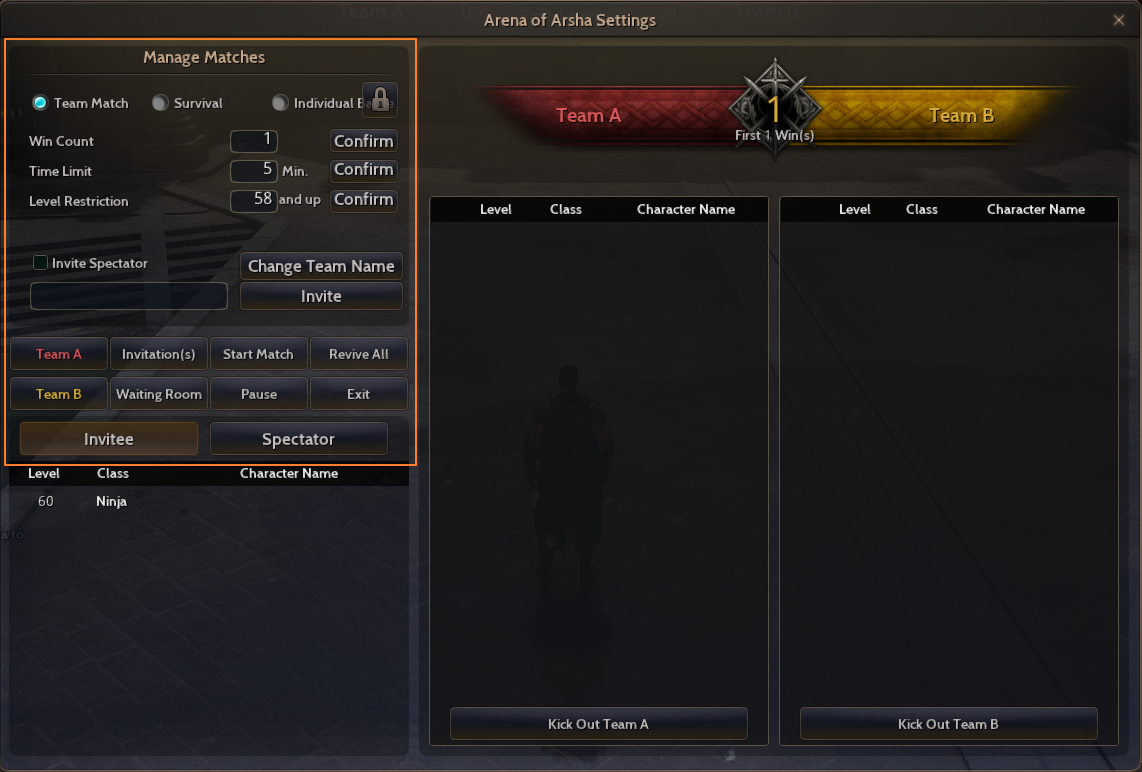 ▲The operator can set various match settings to suit their needs.

Once everything is ready, you can block further people from joining your arena by clicking on the ‘lock’ button. This locks down the arena and stops anyone else from entering.

▲ By locking the arena, you can participate without interruption.

Before the start of a Team Match, all the participants are sent to their team’s starting point. Everyone has 20 seconds to prep their equipment and buy battlefield-exclusive potions.

Survival matches don’t have a set starting point. Instead, participants are able to move freely around the arena before the start the of the match. Therefore, participants should have potions prepared before they move to the arena.

▲ Knowing the rules is really handy. 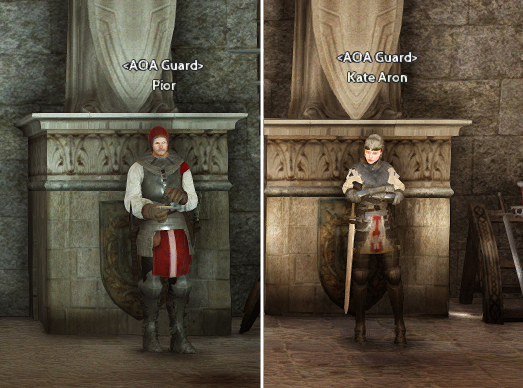 ▲ In team matches, you can prepare for the match through the AOA Guard.

◆ Watch the match through spectator mode

You can move around freely in the arena as an arena operator, suboperator, or invitee. When you lean on a wall or sit on a banister (hotkey ‘Q’), you can enter spectator mode (hotkey ‘R’).

Another way to spectate a match is to spectate from the participant’s perspective (hotkey ‘F5’, ‘F6’). However, the camera in spectator mode can move through obstacles, making it easier to watch.

The Arena of Arsha presents a new kind of PvP. Guild Masters! Why don’t you try setting a date to book the Arena and have some fun with your fellow Adventurers?