Adventurers have risked their lives searching for hidden treasure and good items in the desert while fighting off desert illnesses. Now, there is a new threat that you’ll need to face.

Nouver is a world boss that lives in the Valencian Desert and rules over it.

It’s difficult to face this gigantic dragon for you will be dealing with sandstorms, heatstroke, and hypothermia.

However, it is possible to defeat Nouver if you prepare for the fight in the desert and dodge its powerful attacks.

You can get a mighty item from Nouver, so gather with other Adventurers to defeat the desert dragon.

- Nouver has a powerful dragon’s breath but it only covers a small area. Watch which way its facing to avoid it.

- You need to be constantly moving so that you do not get sucked into the whirlwind Nouver summons.

- You can get a Sub-weapon for your class by defeating Nouver.

- You’ll be fighting Nouver in the desert, so be prepared for sandstorms, heatstroke, and hypothermia.

--Please study the guide before heading out to fight in the desert. 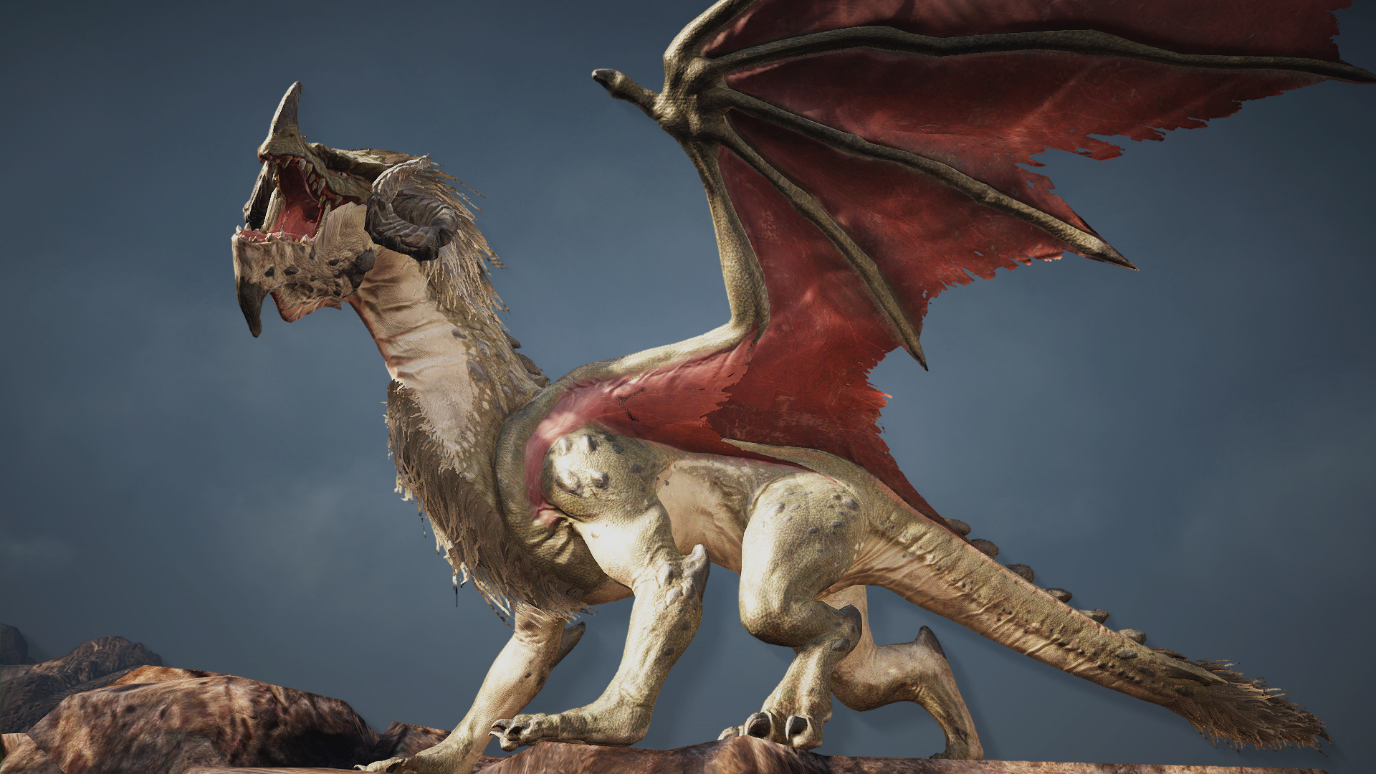 ◈ Facing Nouver in the Desert

A message with the sound of Nouver’s cry announces the appearance of Nouver.

Sandstorms and desert illnesses are a constant threat in the desert. If you head into the desert unprepared, you can get lost and constantly loose HP.

We suggest getting the ‘Ancient Explorer’s Compass’ if you’re unfamiliar with the desert.

That’s because the ‘Ancient Explorer’s Compass’ lets you see your location on the World Map in the desert if you keep it in your inventory. 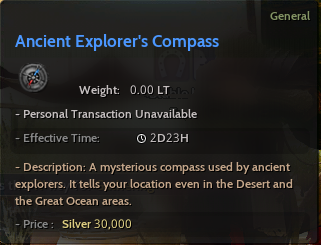 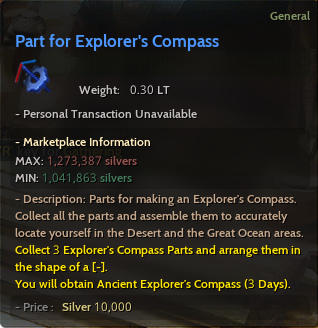 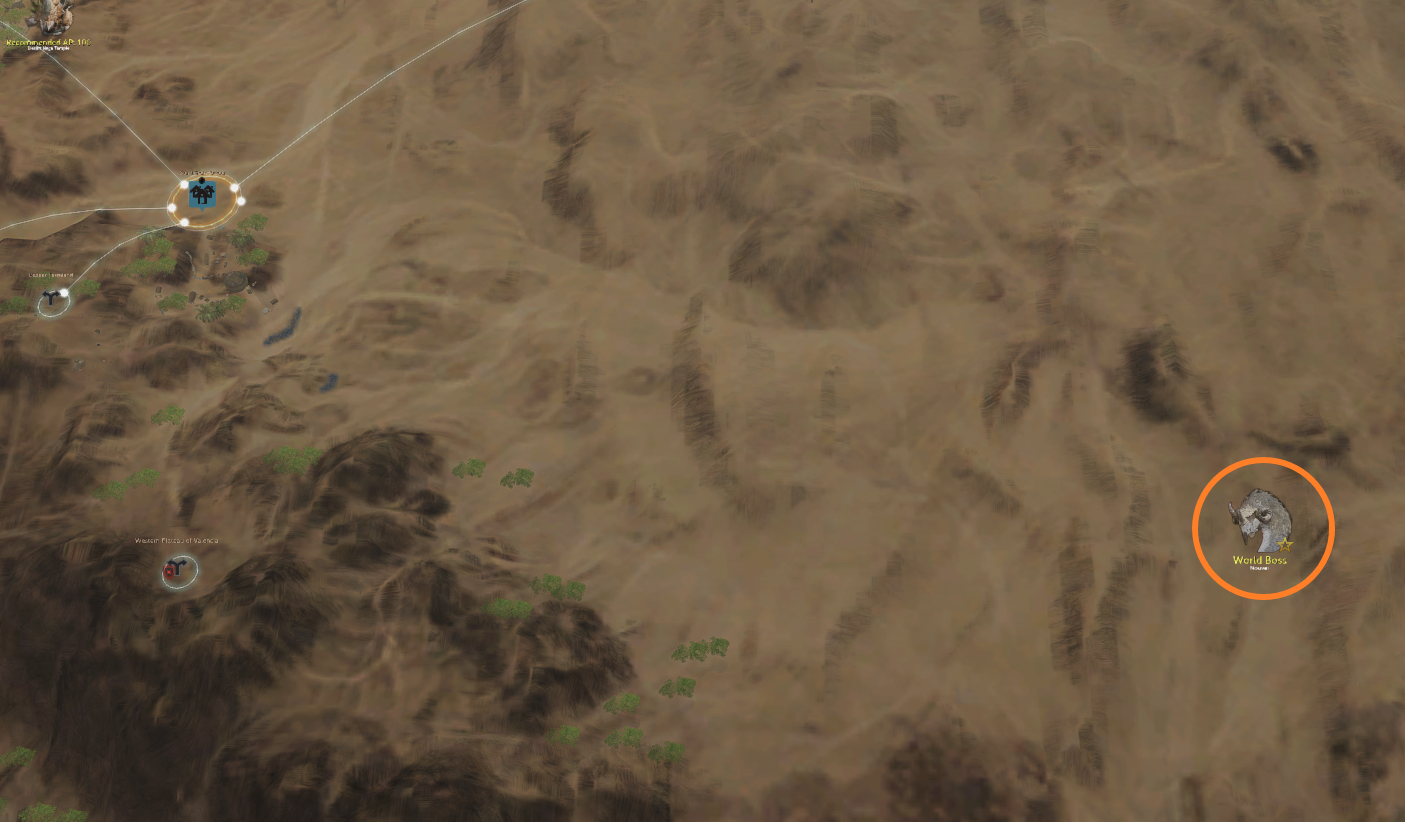 ▲ You can see where Nouver will appear by looking at the World Map.

The first step to defeating boss monsters is to gain knowledge about them.

Bosses tend to use specific skills when they drop below a certain amount of HP. Therefore, knowing how much HP they have is useful.

You can gain knowledge about Nouver by completing quests from Eugene, the at ‘Ibellab Oasis’.

Talk to Eugene to receive the ‘Karbuta’s Journal’ quest.

‘Brilt’s Journal’ is the last quest in this questline and you’ll learn about Nouver as a reward. 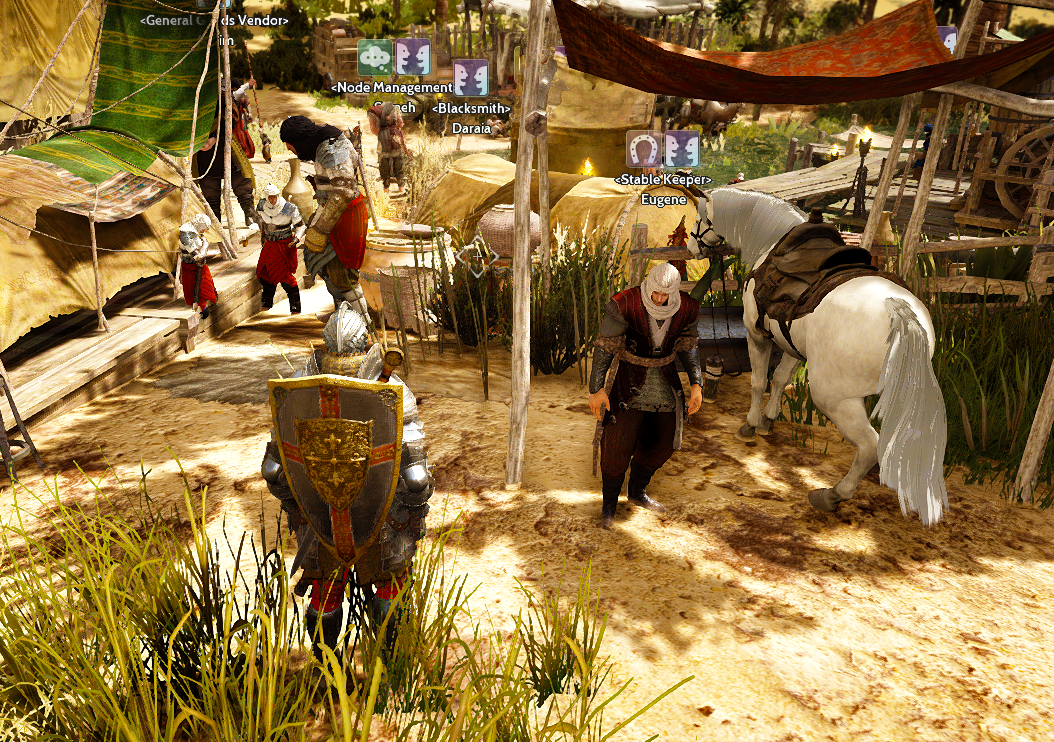 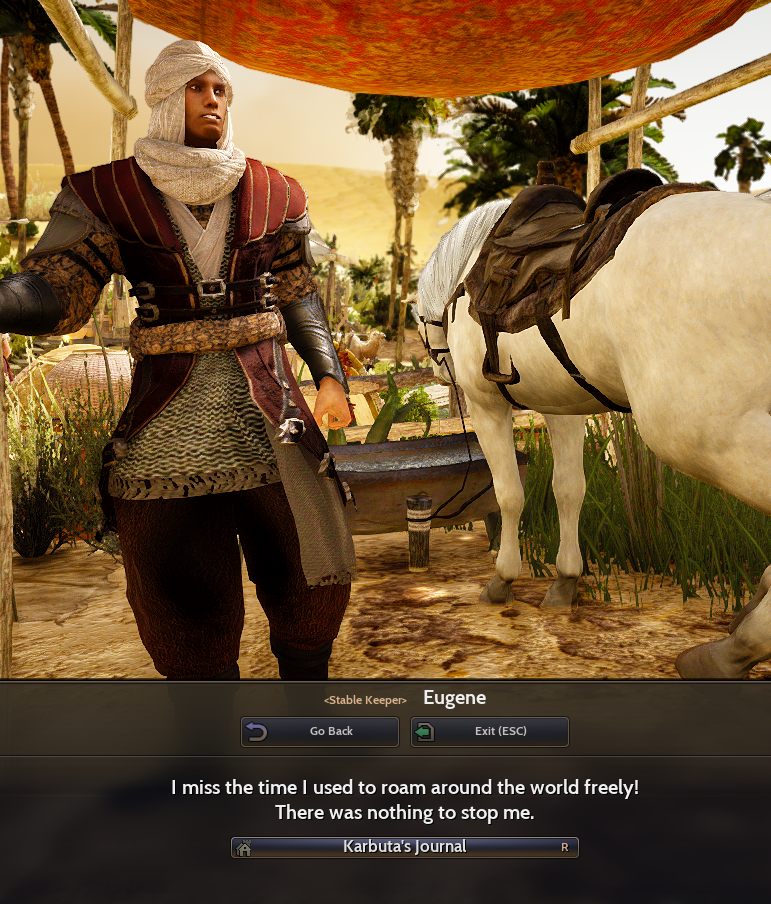 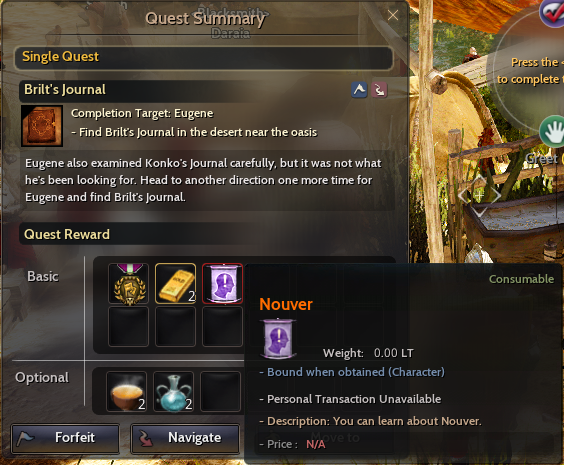 ▲ Once you finish the quest, you’ll gain A-grade knowledge of Nouver and will be able to see his HP.

It can be fun to learn about world bosses by fighting them without any prior knowledge. However, you could die if you’re not careful. This could lead to loss of EXP or break precious Magic Crystals that you worked for.

Therefore, if you know how Nouver fights and what skills to look out for, then you could avoid such penalties by being prepared.

We’ll cover Nouver’s basic attacks and 3 skills. This will be helpful for you to know when facing Nouver.

The most fundamental and effective way of fighting monsters is to attack them from behind.

Most monsters, including boss monsters, usually hit whatever is in front of them. Therefore, if you get behind the monster, you can dodge most of their attacks and continue to fight safely.

Also, attacking the enemy from behind allows you to deal additional damage with ‘Back Attack’. 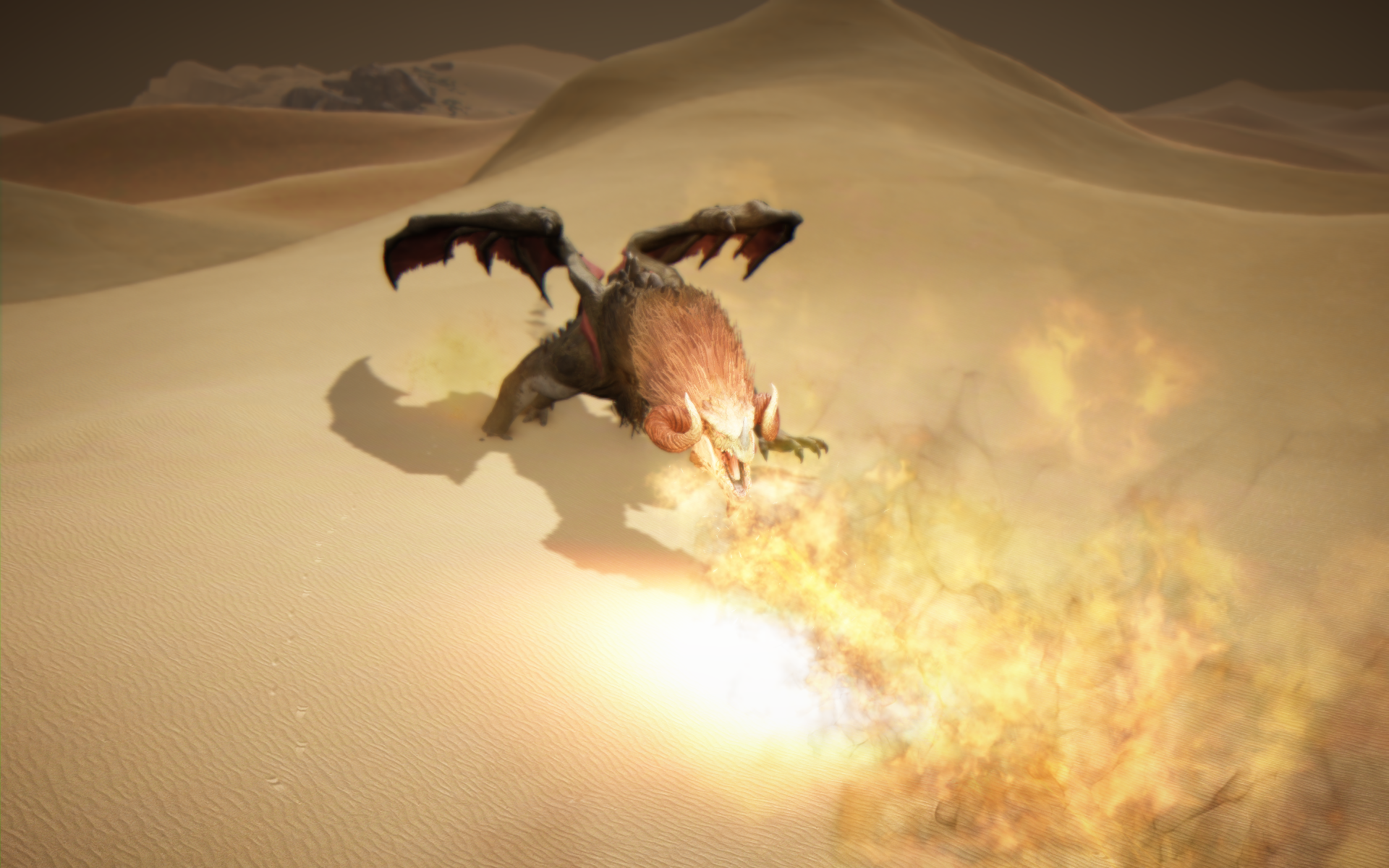 Nouver jumps back, lifts its head up high while breathing in, then breathes out fire. It’s extremely powerful so move to the sides or behind Nouver when you see it jump back and lift its head. 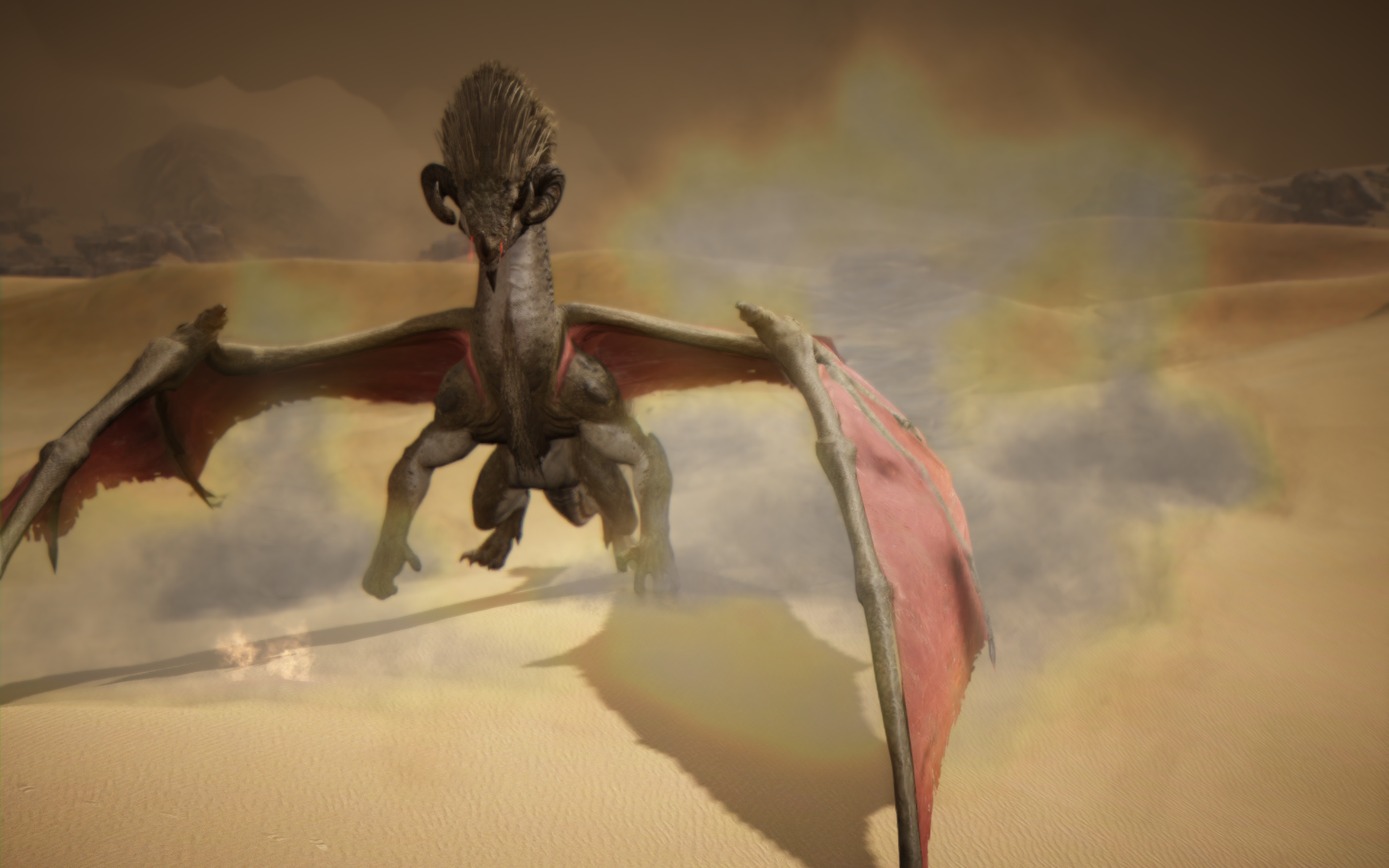 Nouver hides in the sand and creates a whirlwind around him. It’s hard to get out once you get sucked into it, which makes you vulnerable to Nouver’s attacks afterwards. If you are getting sucked in, then try to get out of it using evasion skills. 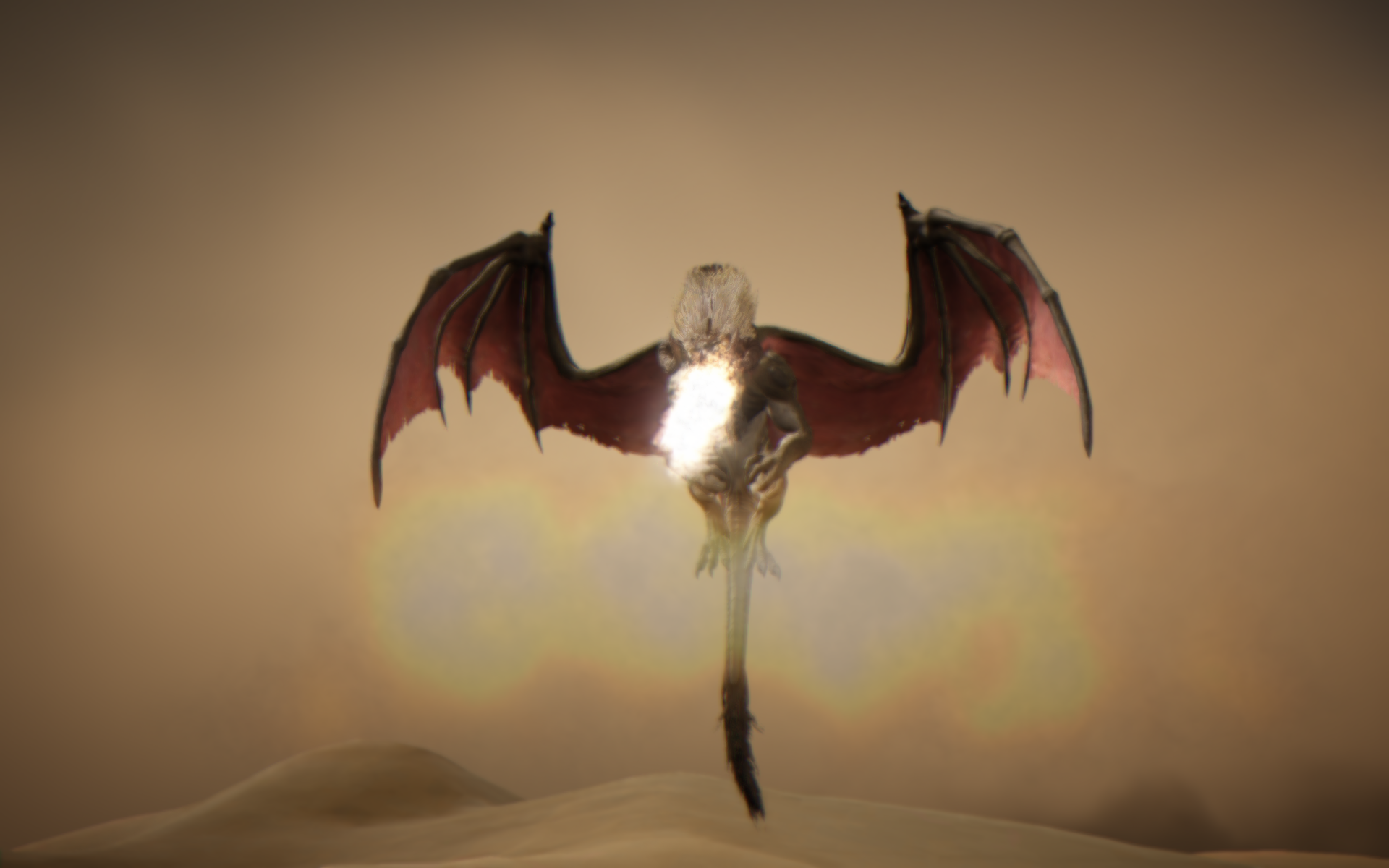 Nouver flies up to the sky and shoots down fireballs at random targets. You cannot dodge these fireballs so its best to use defensive skills or evasion skills to minimize the damage you take.

You have a chance to get the ‘Nouver’s Sealed Sub-weapon Box’ when you defeat Nouver. The ‘Nouver Sub-weapons’ are best used to maximize an Adventurer’s AP. They only have AP, unlike the ‘Kutum Sub-weapons’ that have both AP and DP. It’s currently the most powerful offensive sub-weapon in the game.

Defeat Nouve to get the most powerful offensive sub-weapon! 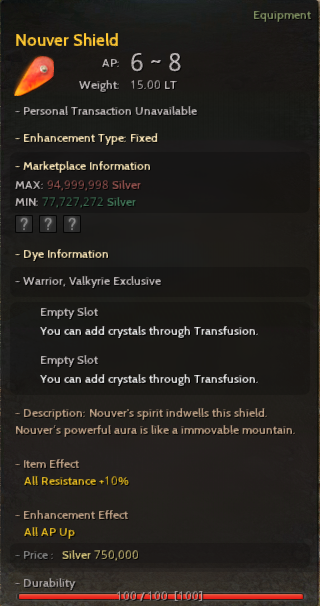 Take a chance and get expensive loots by defeating this vicious dragon with strong allies.

Look forward to the appearance of the new world boss Nouver!