This is the first summer since the official launch of Black Desert.

We had countless experiences with our Adventurers and tons of updates were added during this time!

Do you remember the days when everyone used to fish along the shores of Velia?

Now, the ocean that we’ve been longing to explore will finally be released in Black Desert!

Get on board and take the helm! A new frontier will open up before your very eyes.

But before you head out into the unknown, it’s probably a good idea to read this GM Note

Many brand new things are coming to Black Desert in this update.

Please keep your wide eyes open to catch all of them!

Magoria Sea is almost as large all the current territories combined. New sea monsters, species of fish, naval battles, and others will be available after this update. 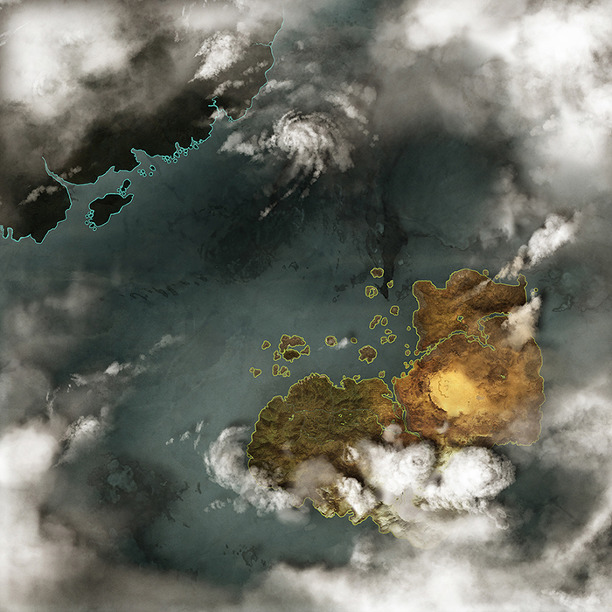 A new continent called 'Haso’ awaits across the sea.

You actually can’t enter the continent just yet, but you can dock at ‘Port Ratt’ and buy trade items. These items can be sold with a large profit margin. 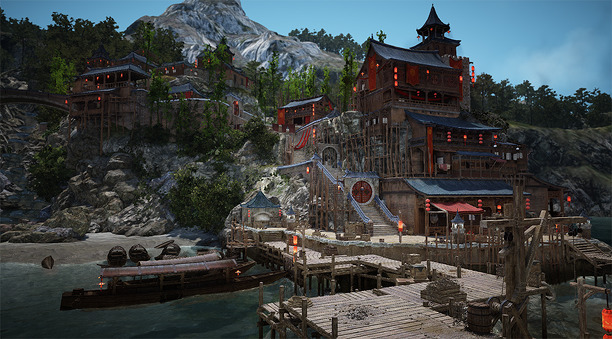 ▲ Port Ratt located on the shores of Haso. The distinct eastern architecture really sticks out!

The guild shipyard has been added to the guild houses. You can build galleys and traders here. Any of your guild members can take the ships or fire their cannons. Equip the ship with parts to make them into powerful vessels. 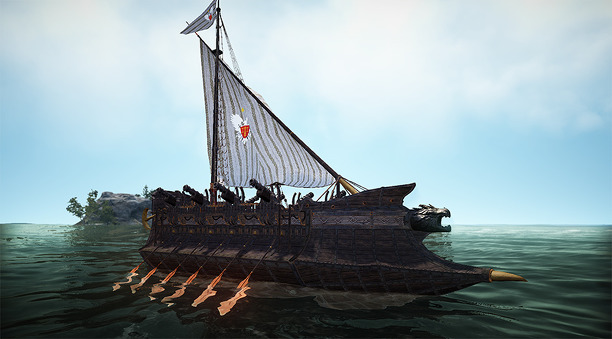 ▲ The new Galley is ideal for naval battles.

The galley has 8 cannon ports standard and is designed for naval battles.

It is commonly used for fighting sea monsters and others. Up to 10 people can board the galley. 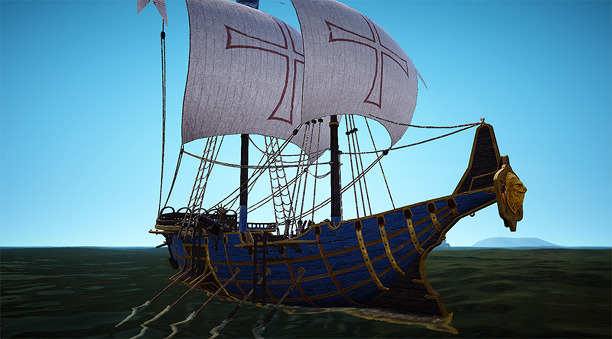 ▲ The Trader is relatively weaker in battle, but it has high durability and large cargo space.

The Trader is mainly used for trade as its name suggests (expected to be added at a later date).

Its able to carry a lot of weight and has a large cargo space. Its efficient at carrying loot from sea monsters and trade items, but it only has 2 cannons ports. So it’s relatively weak in battle.

Characters can learn sailing by crossing Magoria Sea on a boat and hunting sea monsters. As their sailing level increases, they will be able to use skills while steering a galley or trader. A character that is proficient in sailing can steer the ship freely and attack enemies. 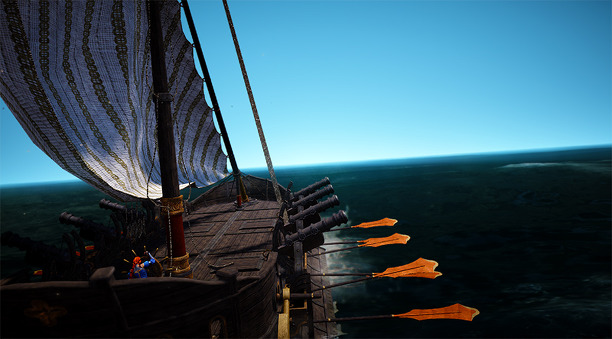 ▲ Characters with high sailing skills are reliable at sea!

Gigantic sea monsters are hiding in depth of the Magoria Sea.

Some giant sea monsters are known among sailors, like Candidum that is pale as a ghost, Hekaru with a huge mouth that can swallow anything, Black Rust with its powerful jaws, Nineshark with the vicious look that makes you shiver in fear, and Ocean Stalker the mysterious creature.

Attack them with cannons on your Galley or Trader to take them down.

Be careful, they are very strong.

▲ The sea monsters might be scary, but you can get amazing rewards!

There are underwater caves, reefs, and others waiting to be discovered.

You’ll find stunning scenery with reefs and new materials that can be gathered. There’s also new knowledge to be obtained as well. 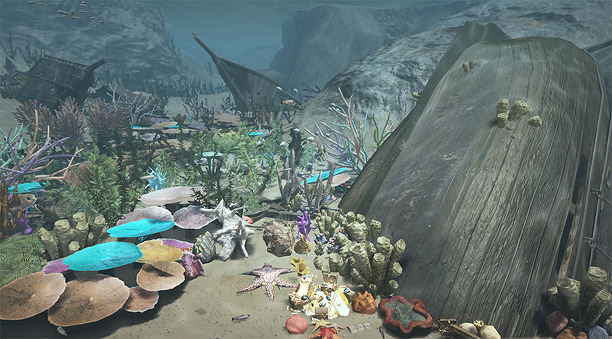 ▲ The beautiful sea bed. Maybe we can get rich by finding ships filled with treasure!

Many of you probably find the auto-run function very convenient. Still, you shouldn’t take your eyes off your monitor while traveling across the ocean.

Why? That’s because the dead sometimes come looking for the living.

Sea monsters can be seen swimming through the surface of the water. So, you can run away from them. However, Phantom Ships are not visible so you can’t avoid them.

When a Phantom Ship appears, the screen turns dark and you no longer can steer your ship. You must defeat the Specters of Margoria for your ship to move again.

If you only brought your fishing rod, then you’ll be killed by the specters. So, you should bring lots of different kinds of equipment.

However, you aren’t completely helpless in this situation. You can sink the Phantom Ship using your cannons then the specters will also disappear.

You’ll need a bit of skill to sink the Phantom Ship using your cannons though.

Golden Treasure Chests will be added in an upcoming update.

You can get rarer and even more valuable items from Golden Treasure Chests.

Golden Treasure Chests can only be opened using Gold Keys.

Go to NPC Morco of the Crow Merchants Guild and exchange 100 Silver Keys for 1 Gold Key.

You can find Golden Treasure Chests randomly in hidden caves, under waterfalls, at the top of mountains, underwater near islands, and other locations.

There’s no knowing when you’ll find a Golden Treasure Chest! So keep a Gold Key in your inventory at all times just in case.

◈ Start of a New Voyage: The Great Ocean Preview 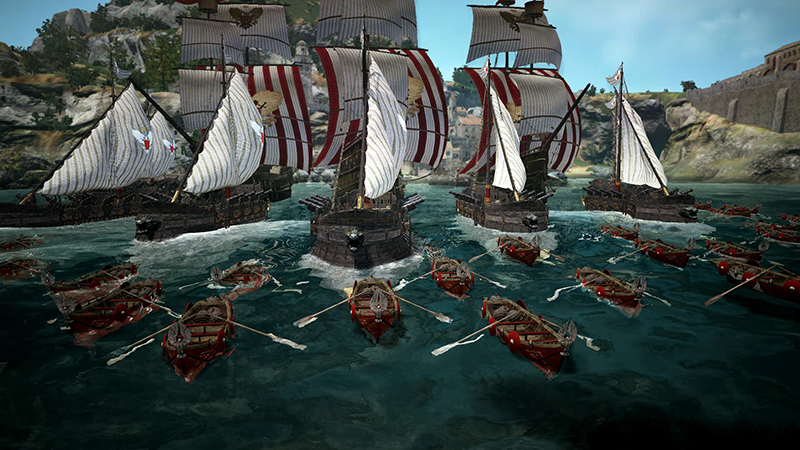 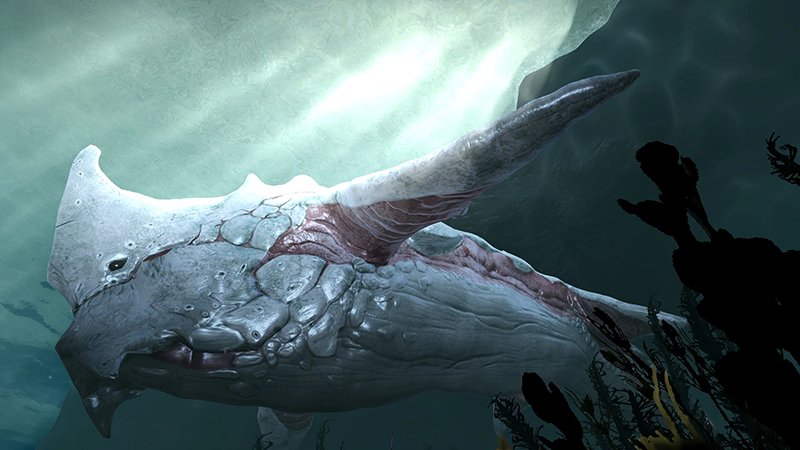 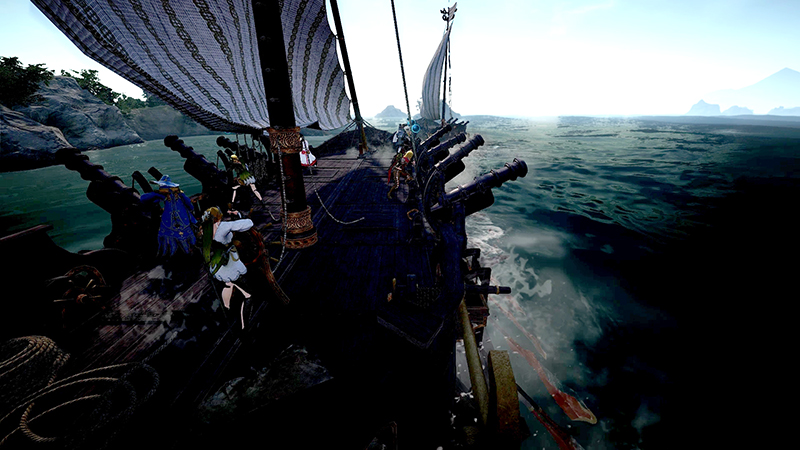 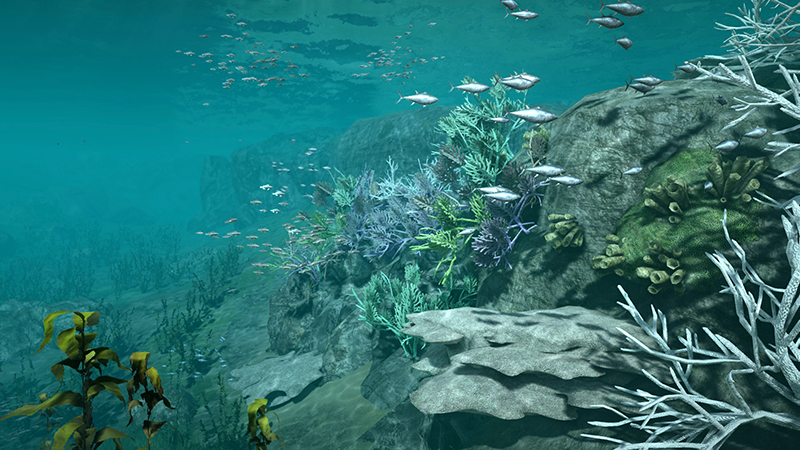 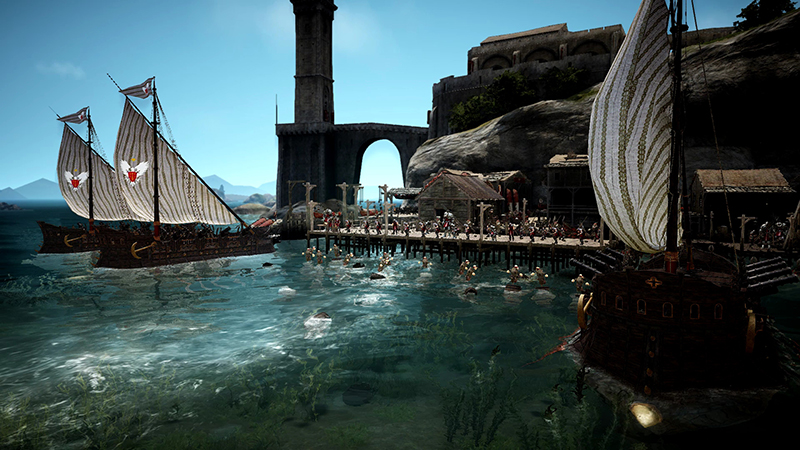 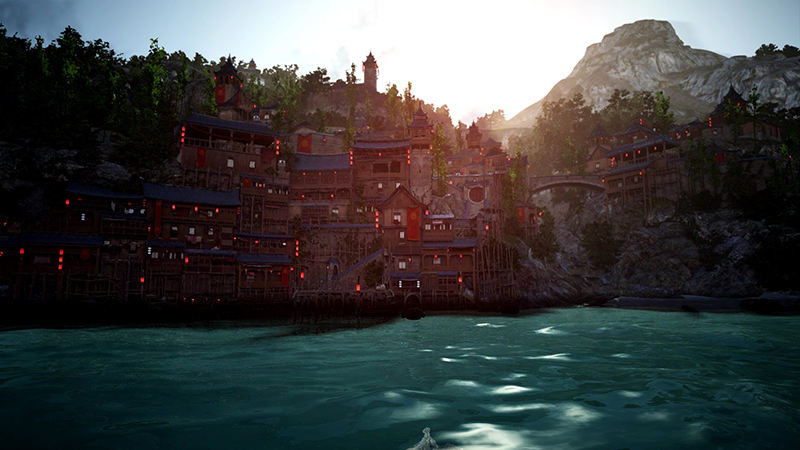 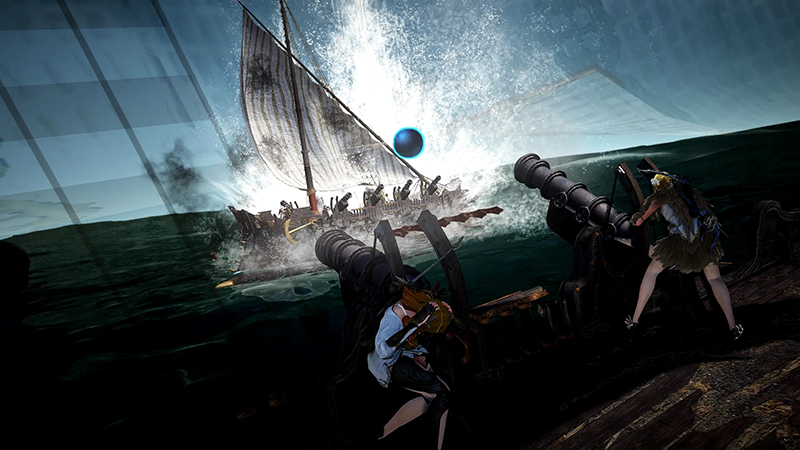 The vast ocean will open up to our Adventurers on August 2, 2018

Even more beautiful sceneries and mysterious locations will be available for you to explore.

We will continue to work hard so that our Adventurers can continue to enjoy traveling and exploration.

We hope you’re looking forward to this update.