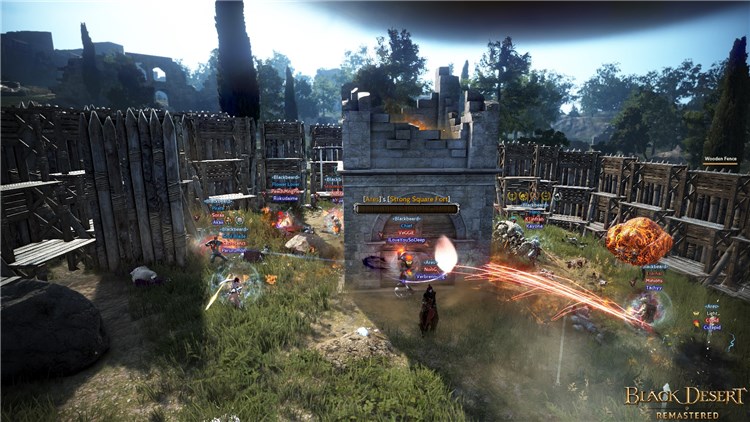 This week Ares defended their claim in Balenos against Blackbeard and Wrath.

The battle started with Ares and Blackbeard making their initial move, moving to Wrath's base. The two guilds attacked from opposite sides and effectively divided the forces of Wrath. Both guilds took their time to chip away at the walls and retreated for a short while when the defending forces focused on their side. As soon as a targeted section of the walls fell, Blackbeard's forces rushed in and engaged Wrath's forces. They destroyed Wrath's defensive structures at the same time. Ares lingered for a while before retreating. With Wrath's forces wiped out, Blackbeard then focused their attacks on the fort and destroyed it in a few minutes.

Ares now only had one opponent left standing in their way. However, Blackbeard showed that they can keep up with a veteran guild even though they are a new guild in Conquest War.

Once Blackbeard regrouped their forces, they made their way to Ares' base before they could move out. Blackbeard launched their first attack and engaged any enemy forces they saw outside of the base and sent a smaller group to focus on attacking a section of the walls. The veteran Ares showed off their experience and strength by easily fending off their attackers. They then made repairs to their walls. Blackbeard did not back down and switched their methods to short swarming attacks to slowly make progress in their wall attacks. The battle raged on as Ares made sure that every attack from Blackbeard was met with equal ferocity. Making use of siege weapons, Blackbeard was able to distract their enemy and climb over the walls using towers that were taller than the wooden walls.

Once the section of the wall fell, Blackbeard got their opportunity to take Ares out. Blackbeard's forces poured in and made quick work of Ares' forces and defenses. Still, Ares did not fall easily and was able to drive out Blackbeard. Ares quickly made the necessary repairs and put up new walls, but Blackbeard’s forces were already returning. A few of the defending forces of Ares engaged them, but they were far outnumbered. When Blackbeard came in full force, Ares was unable to survive.

Blackbeard reigns supreme this week as they take Balenos. 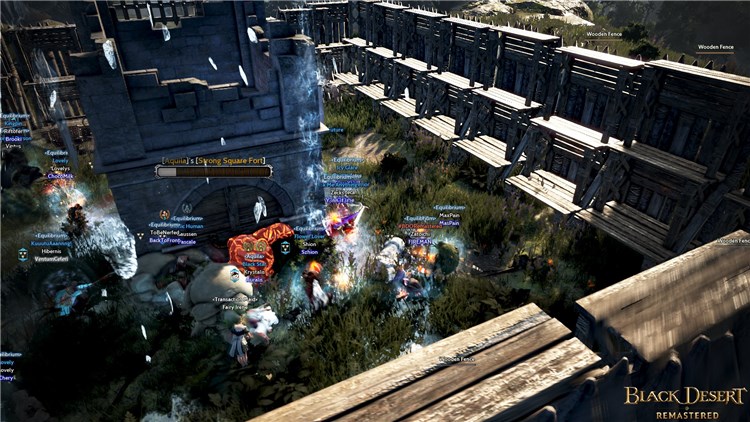 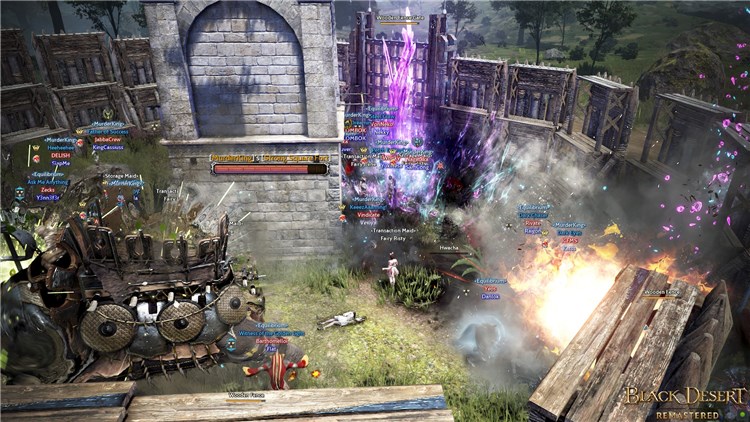 AinzOoalGown, Hashtag, Aquila, and Equilibrium vie for power as they challenge the defending MurderKing to conquer Serendia.

Hashtag was the first to make their attack as they targeted AinzOoalGown. The defenses put up was fairly solid, but Hashtag had strength in numbers and eliminated AinzOoalGown from the war.

MurderKing set their sights on Equilibrium's base. Equilibrium set up their defenses and braced for the impact. They were able to hold off against MurderKing's attack and force them to fall back.

It was then that Equilibrium made their move and headed towards MurderKing's base. Both guilds met along the way in the field and their battle continued as Equilibrium pushed MurderKing back. The defending MurderKing had their hands full with Equilibrium mounting continuous attacks. This is when Hashtag and Aquila quickly attacked MurderKing, which made it hard for them to focus on one attacker. In the end, it was Equilibrium that brought down the walls, giving them access to engage the defending forces directly. Once they got inside, Equilibrium never let up the attack and wiped out MurderKing's defenses. Finally, MurderKing's fort fell, which meant a different guild will occupy Serendia this week.

Equilibrium then shifted their attention to Hashtag's base. Once their forces arrived, the majority of Hashtag's forces could not be seen. Equilibrium quickly took advantage of the situation and began to attack the walls. Shortly after the walls fell, their forces destroyed structures along with a few members that defended it inside. Equilibrium then focused the fort down and took out another contender.

The last guilds to face off against each other were Aquila and Equilibrium. Equilibrium forces arrived and Aquila's base stood strong. The attacking forces went into action immediately. Similar with Hashtag, the majority of the defending members were not present. They fired upon the attackers, but being outnumbered, they could only do so much. They were forced to watch their base get torn down.

Equilibrium stands tall as they are conquerors of Serendia for this week. 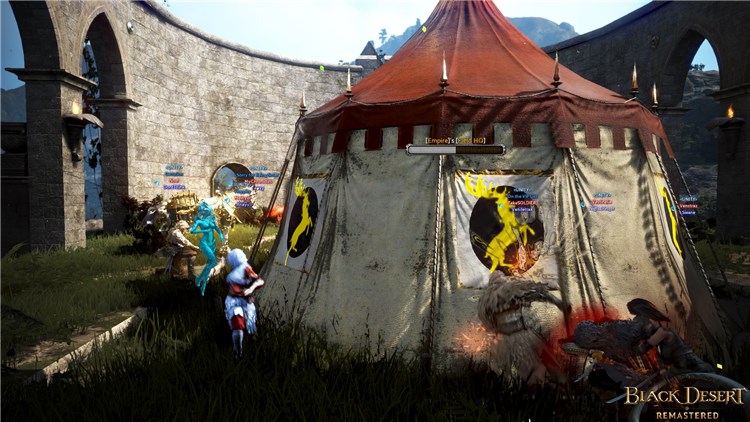 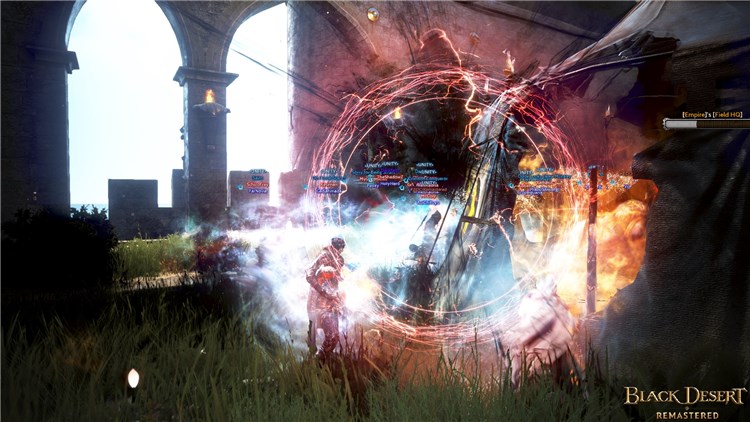 Calpheon had UNITY go up against Empire in their bid to take control over the territory.

Empire did not put up any defenses and left their command post unguarded inside the castle even though the war started. UNITY took the opportunity to quickly take out the defending guild.

UNITY takes the win for the week and gains control over Calpheon. 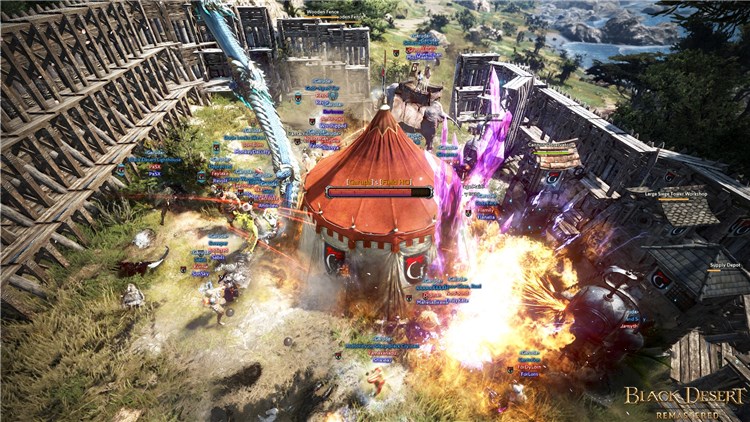 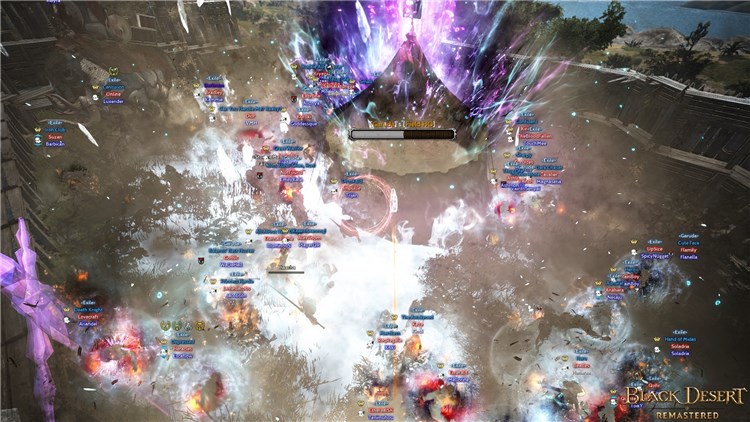 Exile look's to defend their reign over Mediah for the fifth straight week as Garuda challenged in this week's war.

Exile's scouts scattered in search of Garuda's base early in the war while Garuda's forces made headway as they saw Exile coming. Exile forces quickly met Garuda in the field as they moved towards their base. Garuda defense wiped out the attacking Exile, however, the second wave of Exile's forces was already rushing towards Garuda. Exile did not waste any time and moved the bulk of their forces to Garuda's doorstep and continued their attacks. They sent waves after waves to overwhelm their enemy. Garuda was able to successfully defend their base against the attacks, but then came the guild elephants of Exile.

Exile made use of their siege weapons and helped their forces by opening a path to the inside of their base. Exile quickly stormed Garuda's base and engage the defending forces inside. They overwhelmed Garuda and wiped their forces out, leaving the fort vulnerable. Garuda was unable to make a comeback as Exile destroyed their fort.

Exile wins another war and successfully defends their seat in Valencia for the fifth straight week. 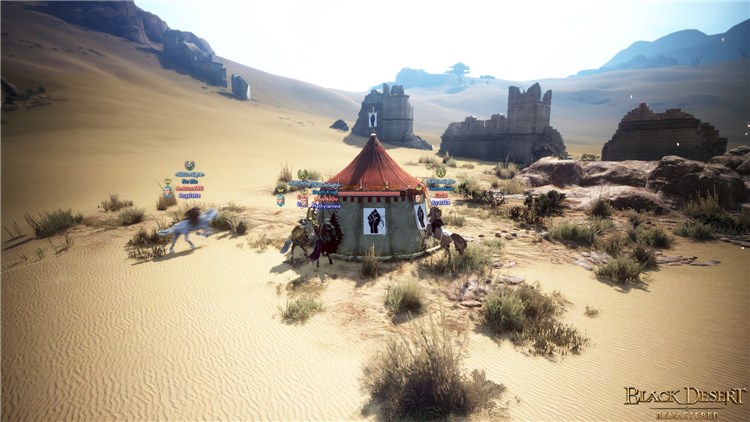 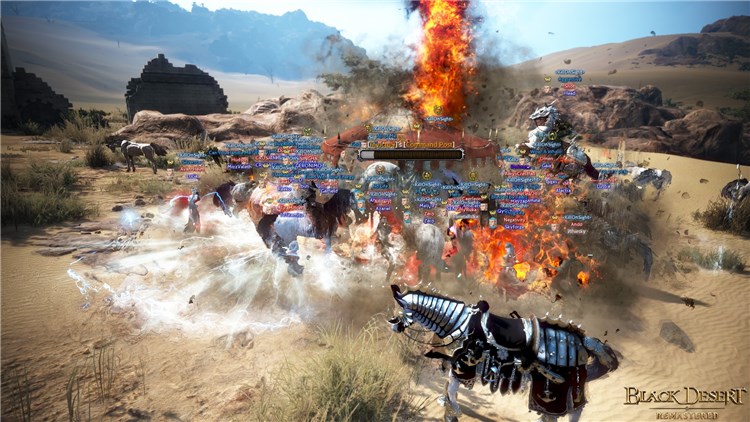 InvictuS joined the war to challenge KillOnSight for Valencia.

KillOnSight quickly sent their scouts to find InvictuS' command post and found that it was unguarded. KillOnSight's forces quickly moved in and left a few members to guard theirs. In a matter of minutes, the command post was destroyed.

KillOnSight extends their reign over Valencia for another week.