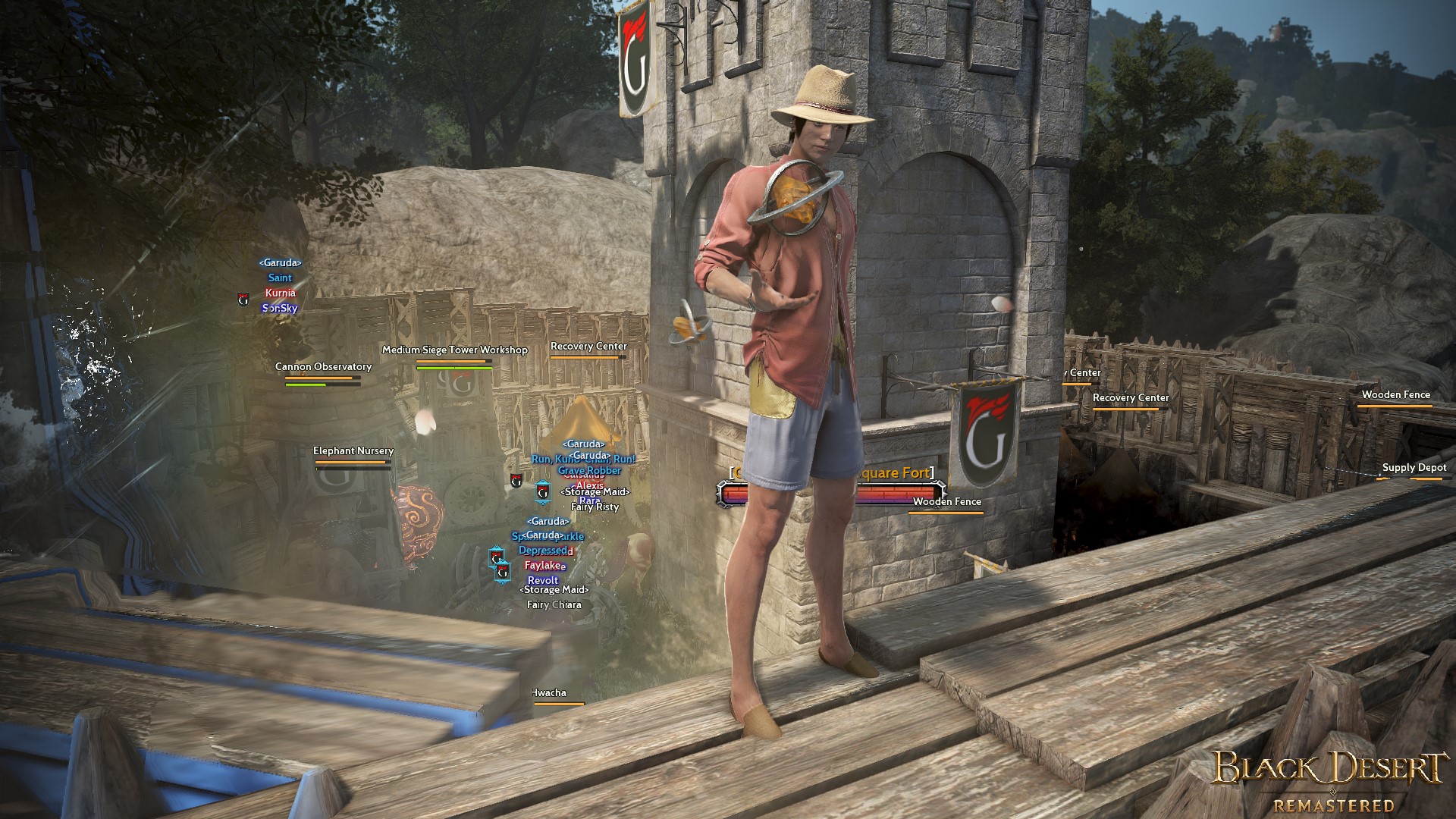 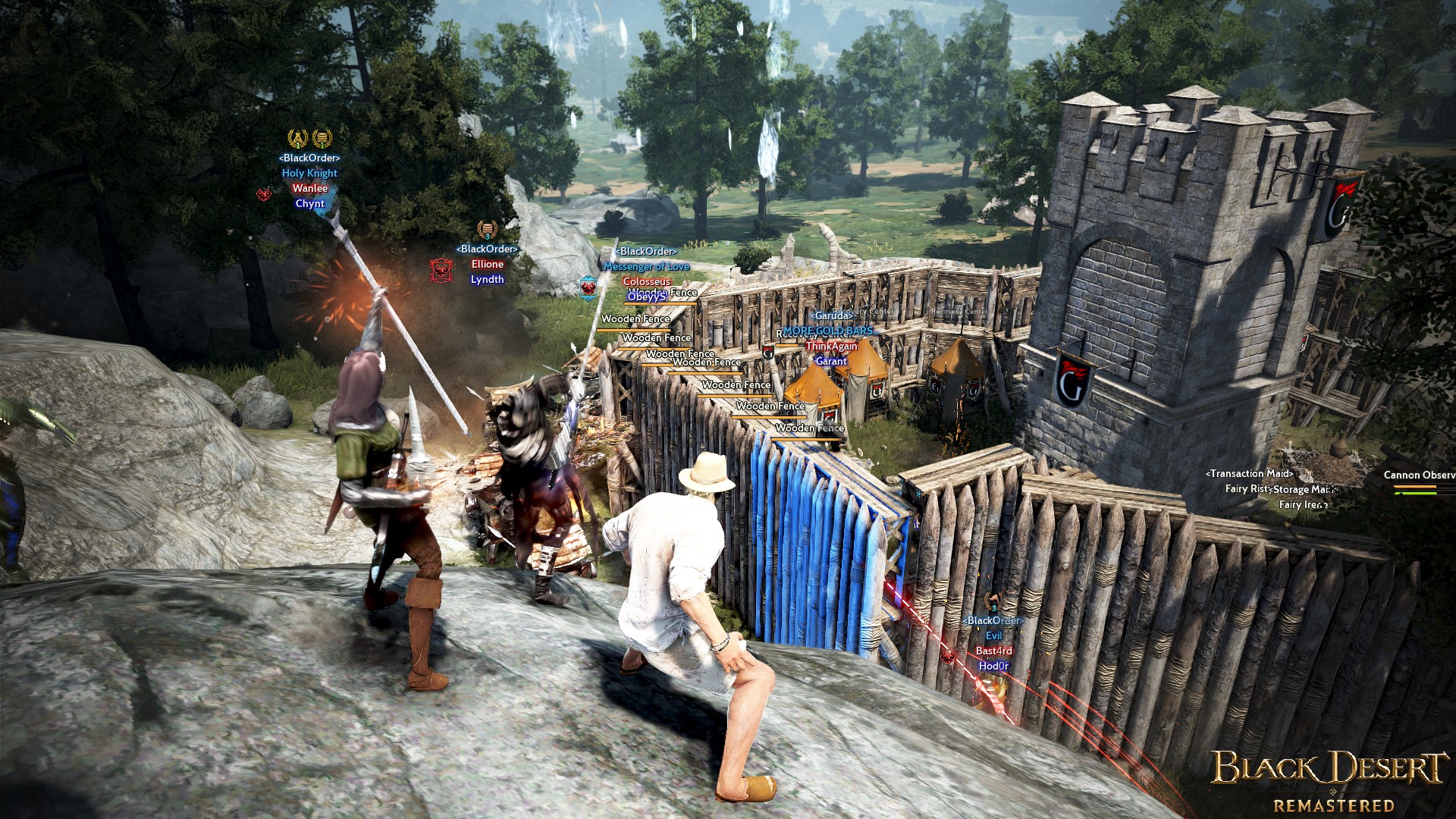 In this week's war in Balenos, Puppet, Garuda, NovaPRIME, and BlackOrder stake their claim and challenge Blackbeard.

It all began with a small force from Garuda moving towards the Puppet's Field HQ. It was without defenses and easily destroyed. Meanwhile, Garuda's main forces were attempting to destroy Blackbeard's fort that was left behind without any defenses. Two guilds were removed from contention, which left Garuda, NovaPRIME, and BlackOrder in Balenos. The remaining guilds returned to their forts to regroup. The first to initiate was BlackOrder against Garuda.

BlackOrder took the offensive and launched a series of attacks, but Garuda was able to successfully defend their fort from any serious damage. NovaPRIME was observing from a safe distance. BlackOrder fell back to retrieve their siege weapon to help aid their attacks. As soon as their forces left, NovaPRIME then took to action and sent their forces to continue the onslaught. Unfortunately, Garuda was not able to defend their fort and NovaPRIME's forces came pouring in once a section of the walls came down. The defenders could not push back their attackers and were wiped out. NovaPRIME took the opportunity to clean out their fort and eliminated them.

After taking out Garuda, NovaPRIME's forces did not wait. They quickly moved to BlackOrder's fort and engaged them in battle. BlackOrder moved back inside the safety of their walls with NovaPRIME's forces continuing their attack. After a series of attacks, they were able to destroy a section of the walls and take BlackOrder forces out. NovaPRIME did not waste any time and immediately focused their attacks on the fort.

NovaPRIME took their last opponent out and won possession of Balenos. 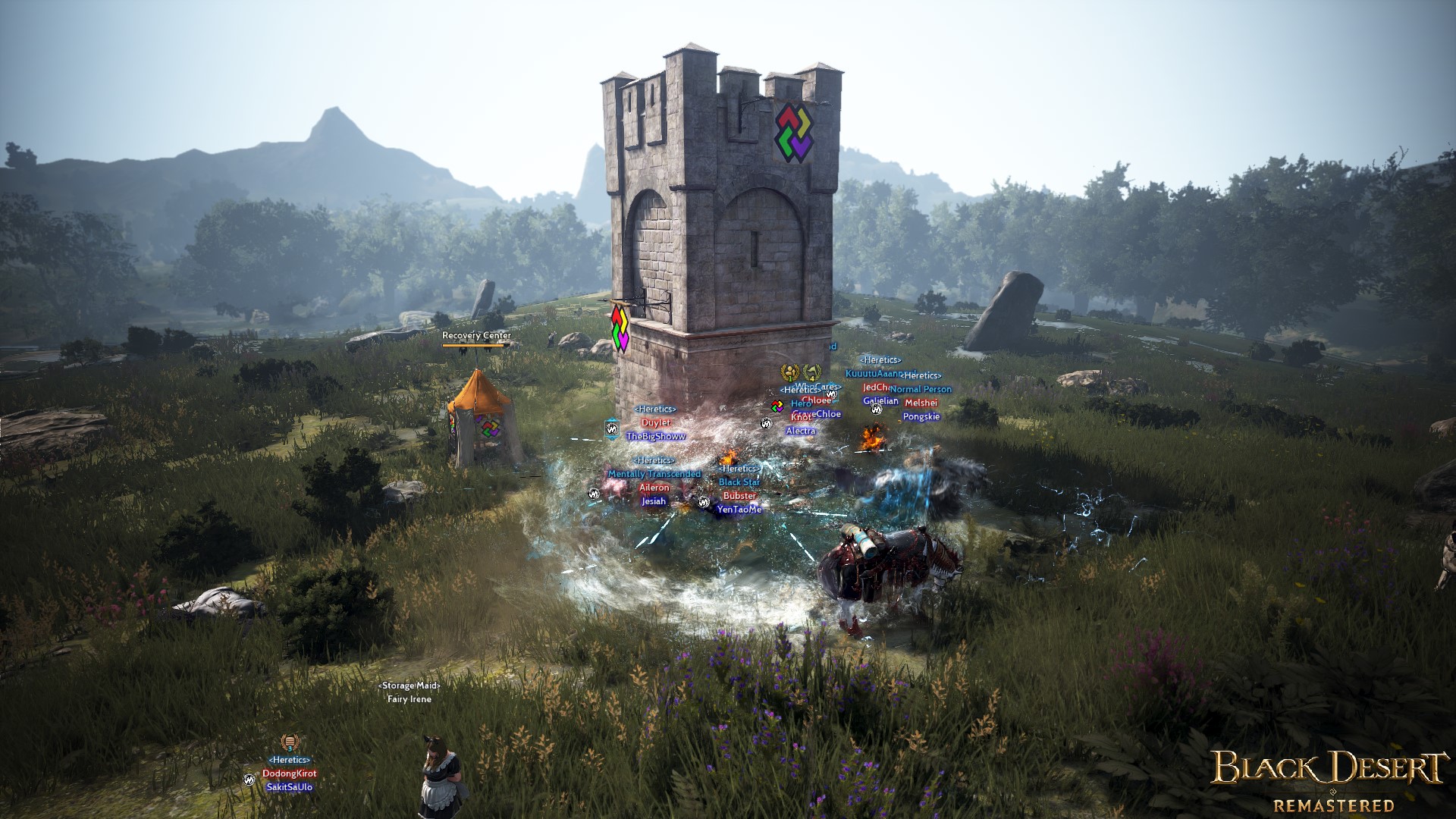 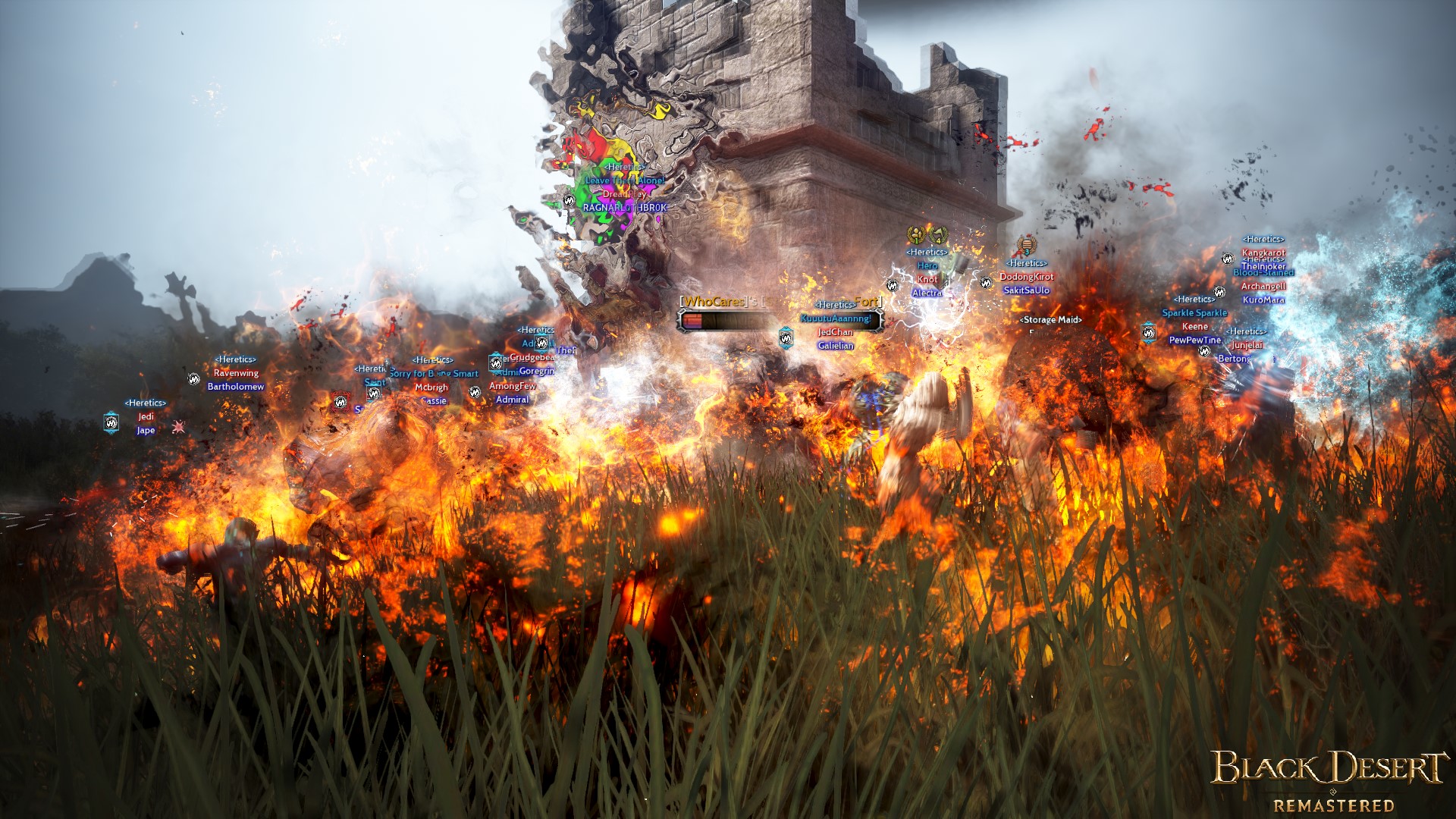 Heretics and WhoCares looked to challenge Equilibrium in Serendia this week.

Heretics made the first move and deployed their forces to destroy WhoCares' forts, which was left defenseless. It was an easy battle for Heretics and it only took a few minutes to destroy the command post.

While Heretics was busy with their attack, Equilibrium moved to their fort and attacked. The defending forces were ready and managed to push back their attackers. Equilibrium regrouped and prepared to launch another attack when Heretics was busy preparing an attack of their own. As soon as their forces were ready, Equilibrium quickly sent their forces to attack once again. They were met by the well prepared Heretics. They kept their enemies at bay and forced them to retreat. The war waged on as both guilds made adjustments to outwit the other with every clash. Neither one of them gave way. Nearing the end of the time limit, Equilibrium gained an advantage which they seized quickly.

As soon as the targeted section of the wall fell, Equilibrium forces rushed in and wiped the Heretics forces found inside. Other members began targeting the fort to secure their victory. It was a hard fought battle, but in the end, Equilibrium succeeded and defeated Heretics.

Equilibrium defended their claim and earned their second straight win. 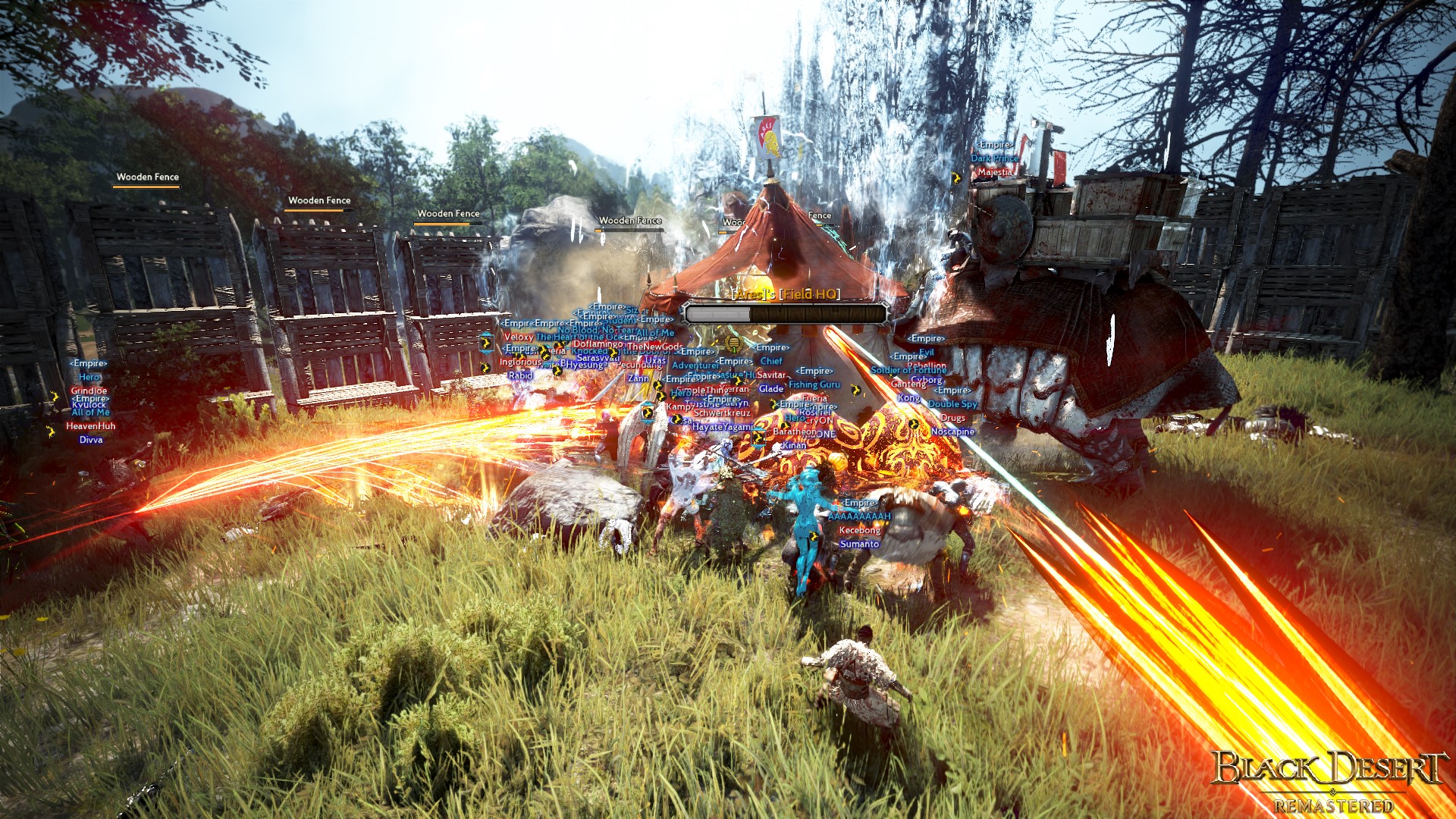 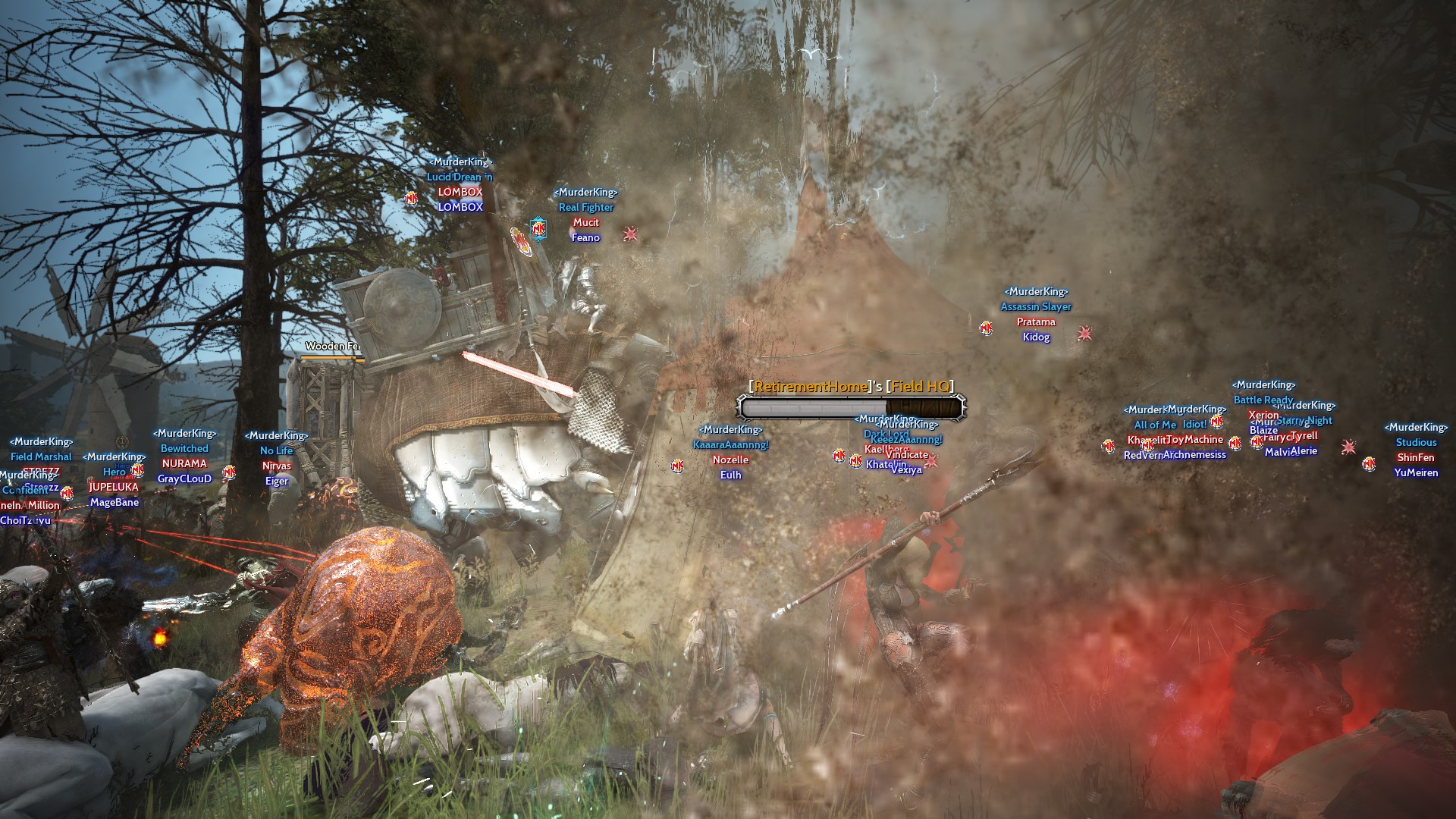 The battlefront in Calpheon was set for war as Ascendance, Ares, RetirementHome, Wrath, MurderKing, and Empire sought to unseat UNITY, the occupying guild.

Ascendance was the first one to make a move. They rushed towards Empire's command post. The veteran Empire was able to fend off the attacks and sent Ascendance's forces back. As this transpired, Ares had already rallied their troops and was at the ready to attack Empire. Once Ascendance had concluded their attack, Ares moved with theirs. Once again, Empire showed their experience and held up a solid defensive effort, keeping the attackers from getting an advantage.

With their perimeter clear from enemy forces, Empire moved their forces and launches their own attack against Ares. UNITY remained inside the safety of their castle walls as they wait for the first guild to challenge them. Empire and Ares waged their battle, neither one gave up an advantage to the other. Empire turned back and regrouped as did Ares, performing repairs to their fort. Empire and Ares crossed each other’s paths once more in the field of battle. It became chaotic when RetirementHome and Ascendance arrived and joined the fray. MurderKing moved their forces to attack RetirementHome, but they were driven back. MurderKing did not relent and continued their attacks until they were able to take down a wall. RetirementHome was able to defend and push back their attackers, quickly making repairs and putting up new walls. However, MurderKing was already on the offensive once more and continued where they left off. MurderKing wiped out their forces and wasted no time to destroy their command post.

Ares fell back as Empire's forces appeared to have overwhelmed them in their exchange. Ares and Ascendance then faced Empire, but both of them were pushed back. Once Ares and Ascendance dispersed, Empire continued their march towards the direction of Ares along with their siege weapons. Unrelenting in their attack, Empire pushed onwards until they destroyed the gates and rushed inside. On the opposite side, Wrath forces were seen attacking Ares. Before the command post of Ares was destroyed, Wrath recalled their forces and turned back. Empire then turned their sights to Ascendance to avenge the early attack they suffered. Empire's forces overwhelmed Ascendance and could not stop the attackers from taking down their walls. When they got in, it was only a matter of time until their command post was destroyed.

As soon as Ascendance fell, MurderKing's forces were quick to engage Empire, while Wrath's forces moved towards UNITY. Wrath easily destroyed the field HQ of UNITY as their members were not present to defend. Meanwhile, the battle between MurderKing and Empire was intense. Empire was able to get the upper hand eventually and push their enemy back, trailing them all the way to MurderKing's base. They continued their assault and were able to sustain their attack all the way until a wall came down. Empire flooded inside and wiped out MurderKing's forces in the process and the command post.

The last battle between Empire and Wrath was uneventful. Empire left as Wrath destroyed their wall, defensive structures, and eventually the command post.

Wrath is this week's conquerors of Serendia.

Exile extends their reign over the lands of Mediah for another week as they get an automatic win as there were no opponents this week.

KillOnSight remains undefeated as they reign over the lands of Valencia for another week as they were unchallenged.