None dared to challenge Heretics for the territories of Balenos as they claim the lands for another week.

Equilibrium continues their reign over Serendia for yet another week as no other guild stepped up to challenge them. 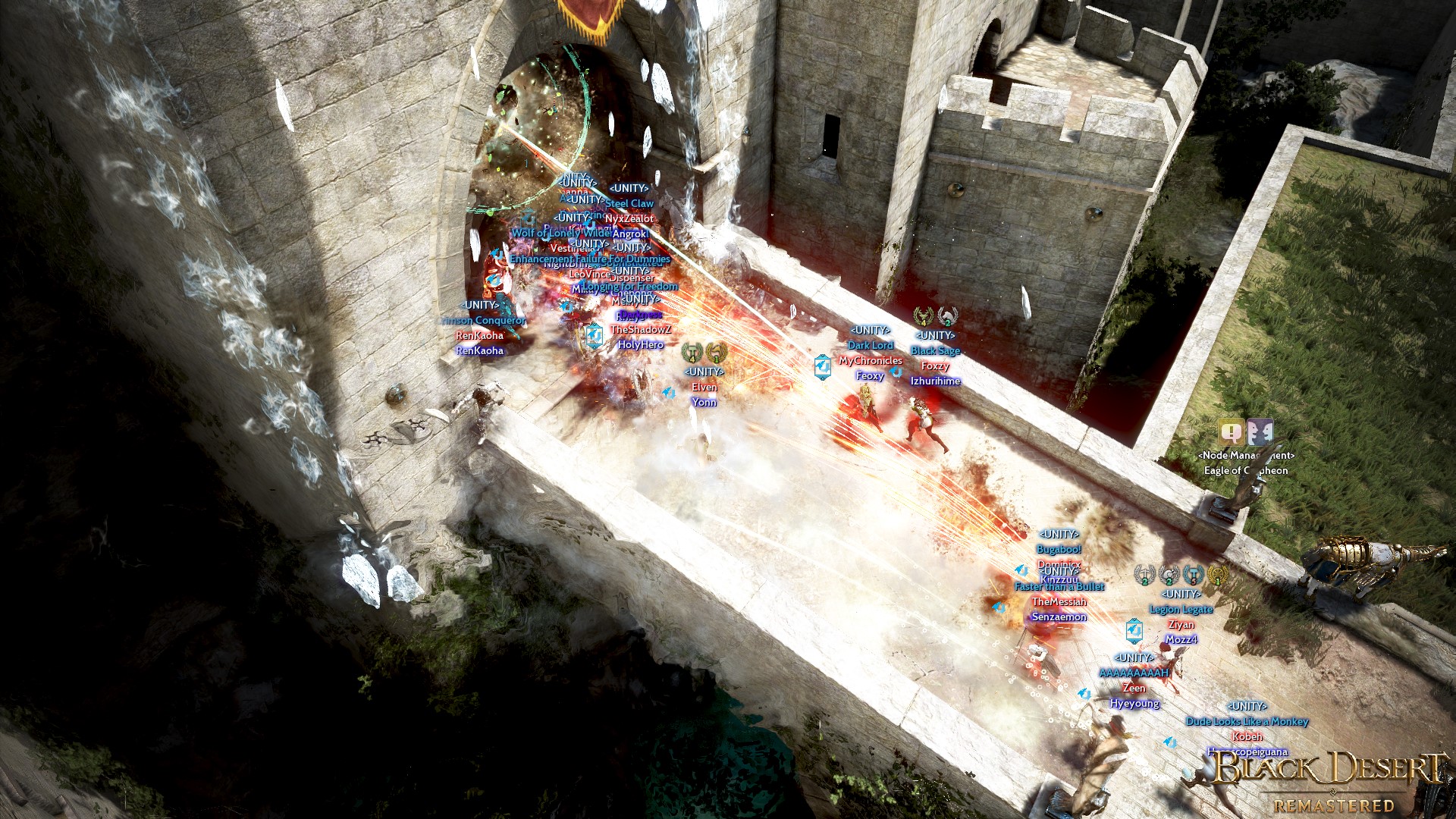 In this week's battle for Calpheon, Empire defends their claim as MaliciousIntent, Wrath, UNITY, and Garuda takes up the challenge.

Empire set up their forces in a nearby bridge, close to Wrath's base. Once their forces were ready, they started their assault. UNITY's forces were also seen moving towards Wrath. They engaged as Wrath was preoccupied with their battle with Empire. Wrath’s forces were divided and were unable to protect their base. Empire’s forces broke through their walls and quickly worked to destroy the defensive structures and forces. Once cleared, they focused on the command post and destroy it in a matter of minutes.

While Empire was occupied with their assault, Garuda was seen quickly moving to Empire's castle but was met by the defending forces. Once Empire was done with Wrath, they retreated to their castle to fend off Garuda. As they were able to defend against their attackers, UNITY then came up and continued the assault against Empire. This proved to be difficult as UNITY's forces dealt very little damage to the gates before getting pushed back.

Garuda's forces had returned and launched another attack against Empire while UNITY changed their target and headed for Garuda's base. However, their forces turned around to attack Empire again. As Garuda attacked the front of the castle, UNITY's forces tried a different approach and climbed the walls from the back side of the castle. Still, Empire's defensive team was already there and engaged them before they could climb over. Empire then regrouped their forces to the front of the castle as both Garuda and UNITY's forces were regrouping to launch a large attack.

It was clear that Garuda and UNITY were able to overwhelm Empire when they attacked. Empire’s forces were noticeably reduced in numbers and allowed the outer gate to fall. The two guilds continued their plan and attacked together to keep the pressure on the defenders. Once the inner gate fell, forces from both guilds swarmed inside and wiped them out. They wasted no time as UNITY focused on the field HQ while Garuda engaged the returning defenders. Unfortunately, Empire was unable to recover and their field HQ was destroyed by UNITY.

Upon defeating Empire, UNITY's forces quickly moved to Garuda' base which was left unguarded when their forces arrived. UNITY cleared the inside of the base of defensive structures then focused their attacks on the command post until it was destroyed.

UNITY takes Calpheon for the week. 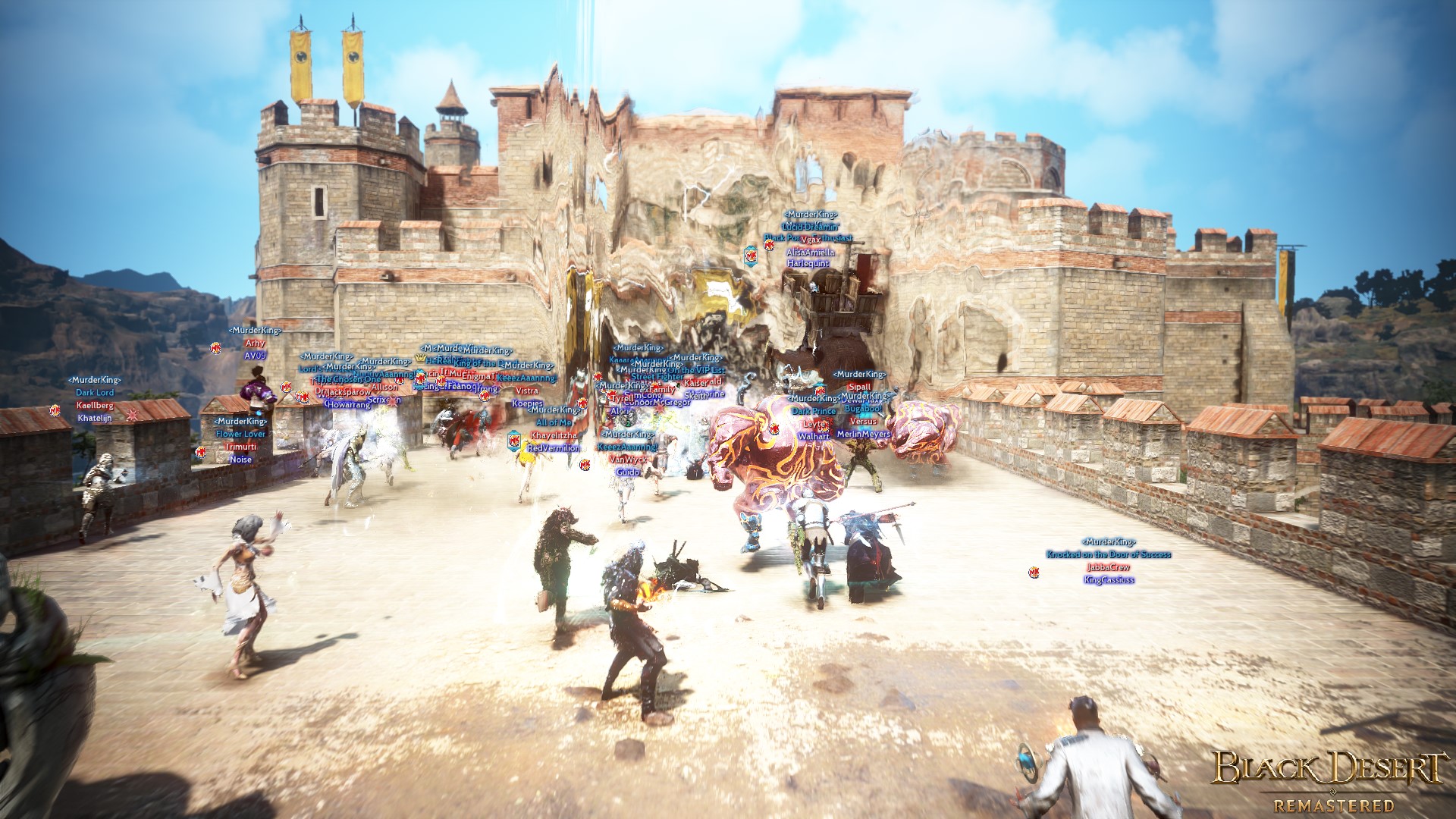 The battle for Mediah was between conquest veterans as Exile looked to defend against MurderKing, Ares, and BlackOrder.

The first to take the offensive were MurderKing and Ares. They joined together and launched their attack. They were met by the defensive forces of Exile, but were clearly overwhelmed and fell back behind the gates of their castle. With the combined forces of the two guilds, they were able to break through the outer gate and continued to push on. Exile forces had taken defensive positions, waiting to surprise the attackers. Once inside, Exile's strategy paid off as they picked off the attacking forces that were focused on getting to the inner gate. They were able to wipe out the attacking forces.

MurderKing's forces were able to return quickly and launched their attack once more. Exile's forces failed to stop them and allowed the inner gate to be destroyed. Exile's defending forces were much smaller than MurderKing’s at this point. This is when another group of their force was seen attacking Ares' base. They gambled by dividing their forces to both defend and attack at the same time.

The attacking Exile forces were able to break through the defenses of Ares after several attempts. Ares had to hold their forces to defend against Exile, but it was not enough as Exile was able to destroy their command post. They then moved to MurderKing's base. Both guilds split their forces, as they attacked and defended against each other. Exile was able to get the upper hand since the defending team in MurderKing's base was significantly smaller than Exile's attacking team. In the end, Exile was able to clear the base and destroy the command post of MurderKing. This meant that BlackOrder was the only opponent standing.

BlackOrder's base was sparsely defended base when Exile arrived. Exile cleared out the defensive structures and the command post in a few minutes.

Once again, Exile proved their strength as they extend their reign over Mediah.

For the fifth straight week, KillOnSight continues their reign over Valencia as no other guild dared to challenge