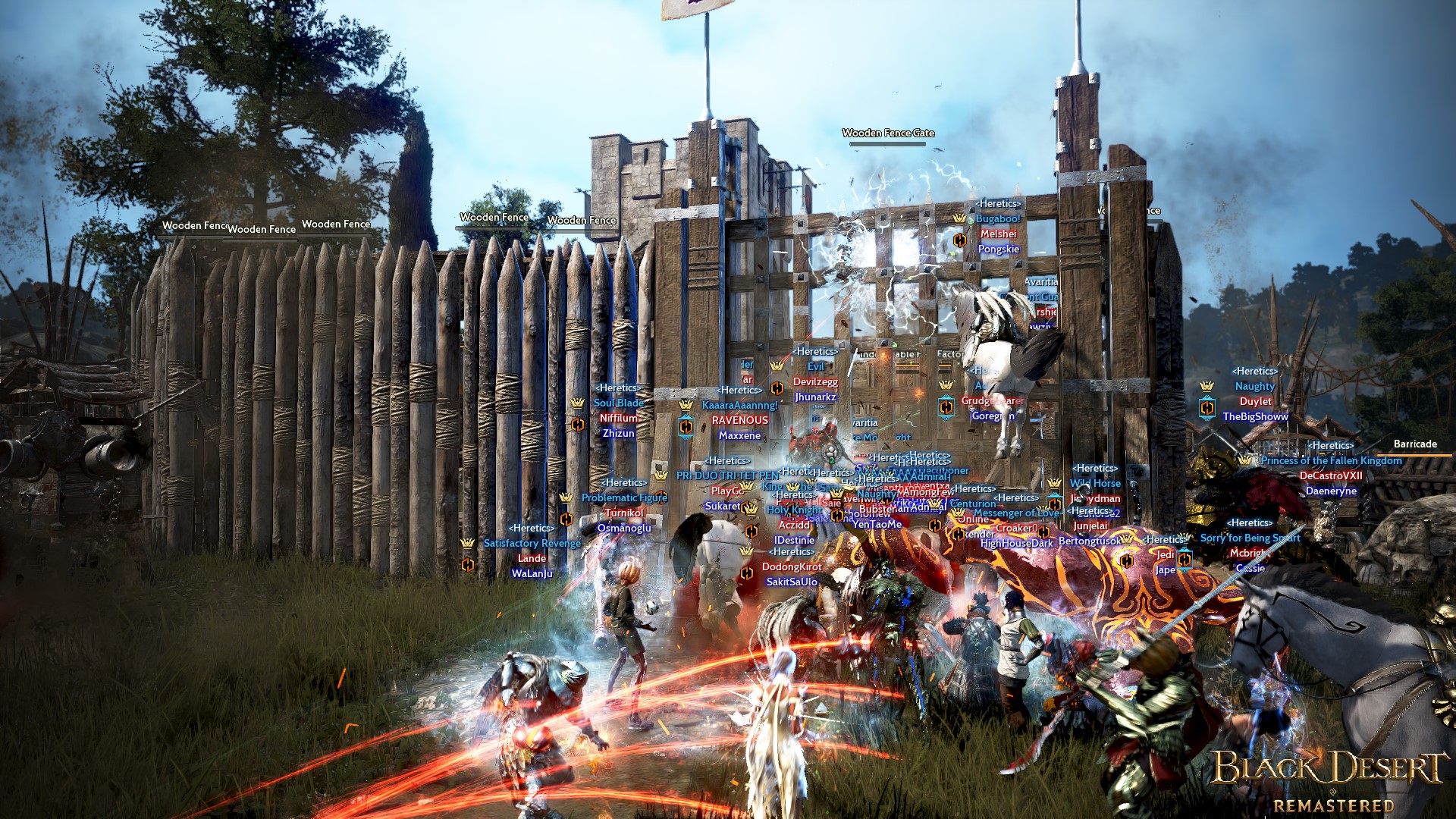 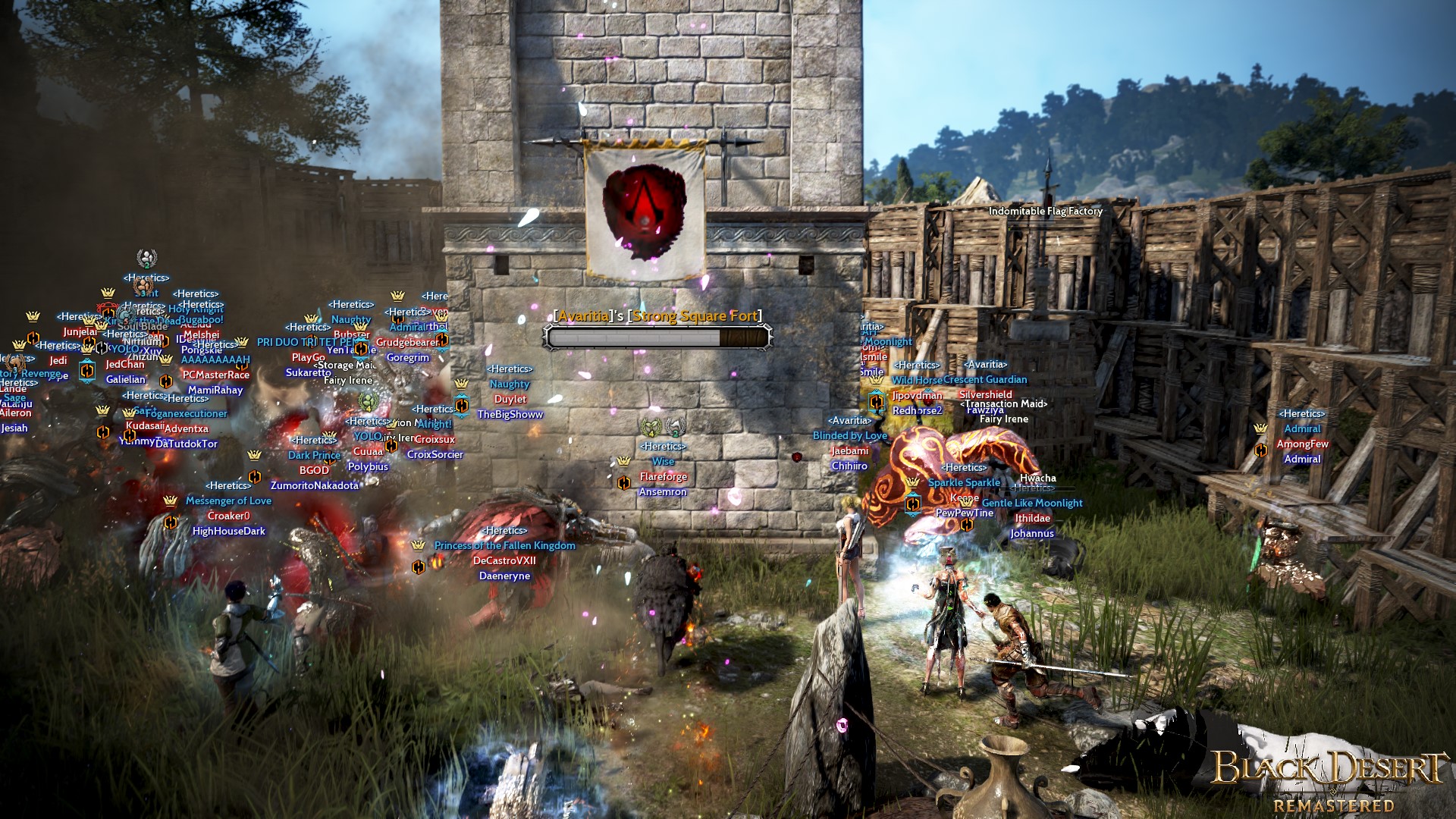 Avaritia's stepped up to challenge Heretics this week.

Heretics did not waste any time and lead their forces to Avaritia's base once the battle started. They overwhelmed their enemy with their numbers and cleared out the base. They proceed to attack the fort and destroyed Avaritia's fort in minutes.

Heretics takes another week and continues to reigns over Balenos. 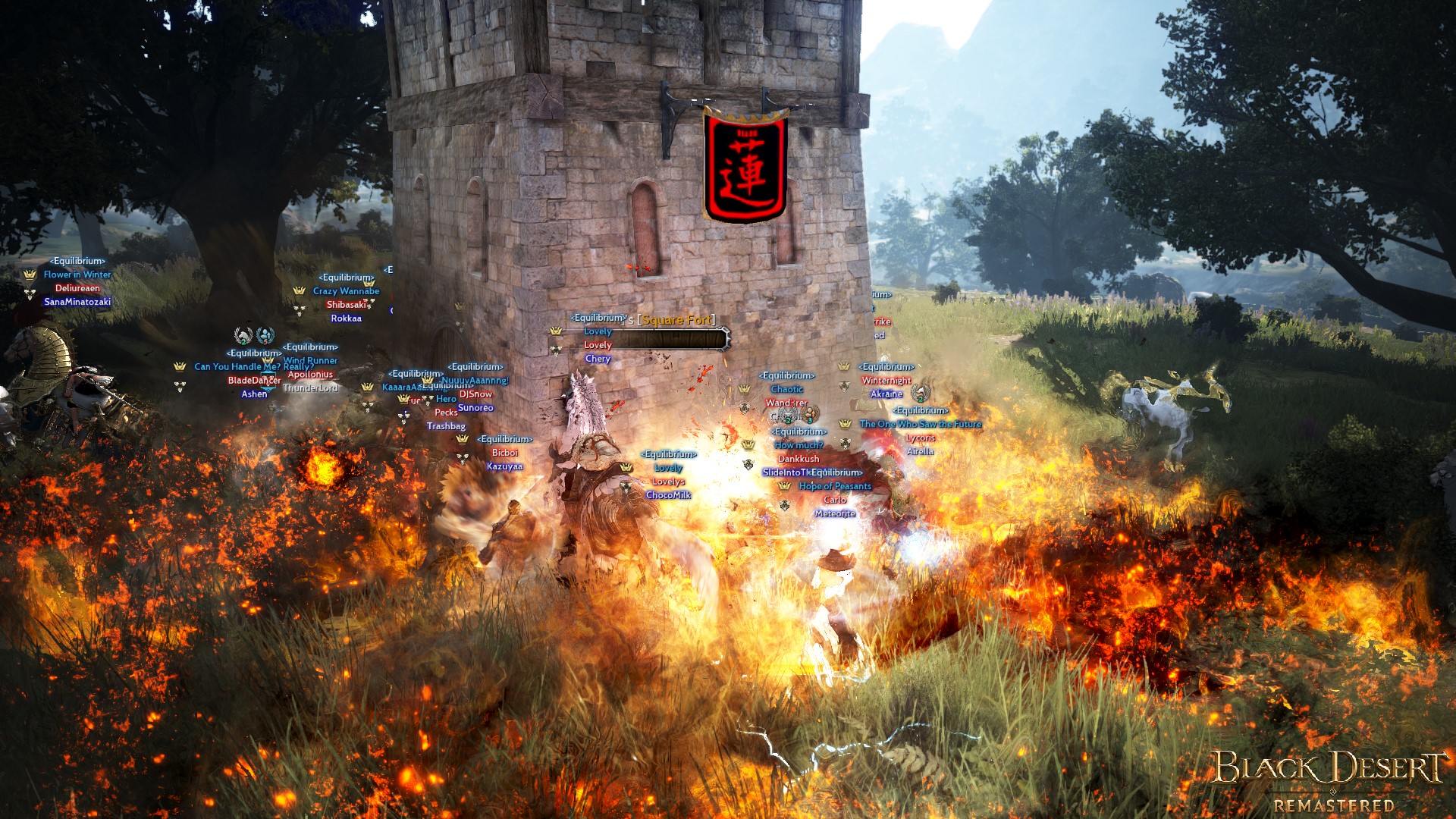 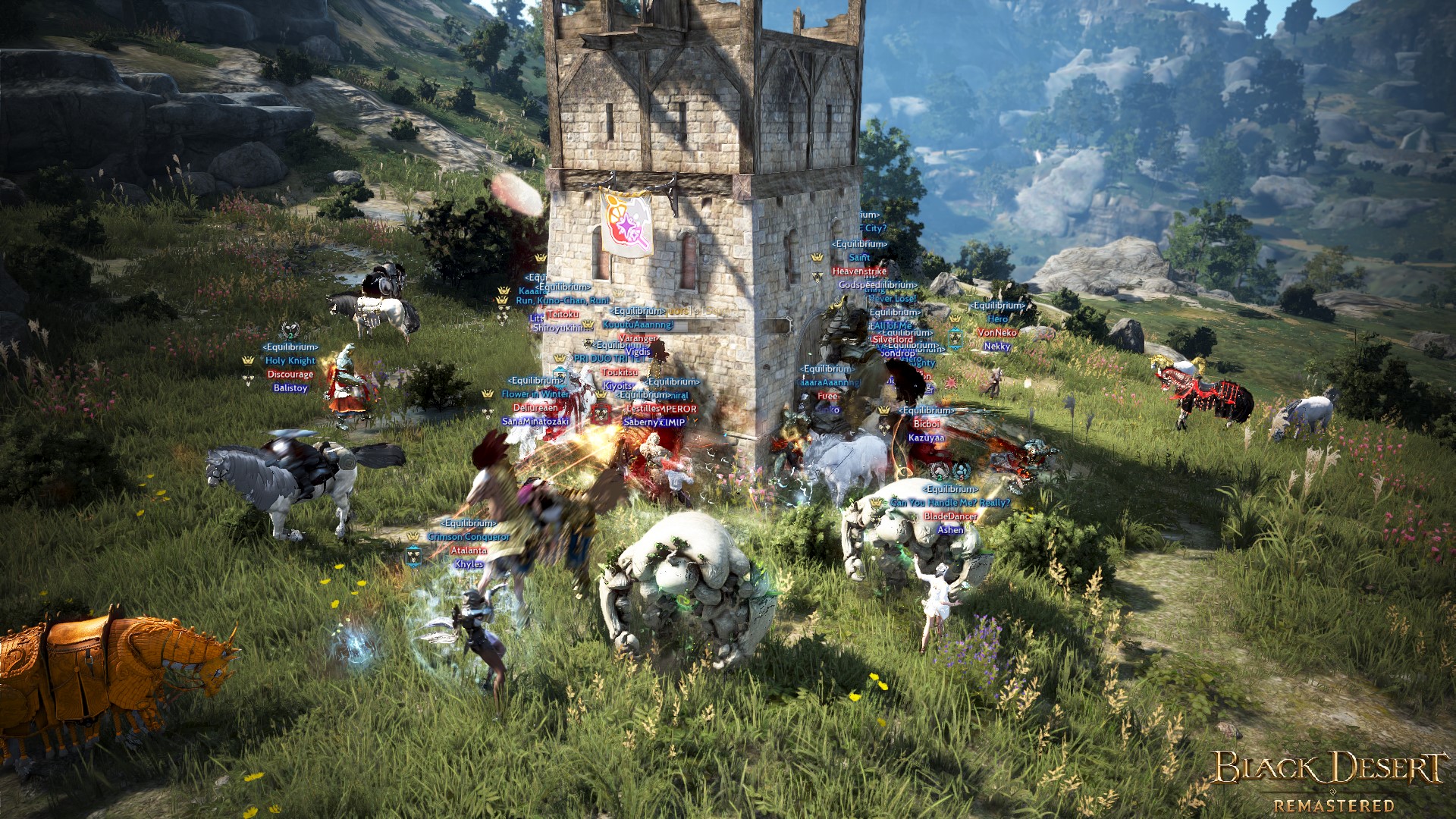 Equilibrium rushed towards TerataiHitam base as soon as the war started. They immediately focused their attacks on the fort as it was left unguarded. It was torn down to the ground in no time as they had a big advantage in numbers.

They then moved to Aquor's base and attacked their fort as it was unguarded as well. Equilibrium took it down without any resistance won over Serendia once again. 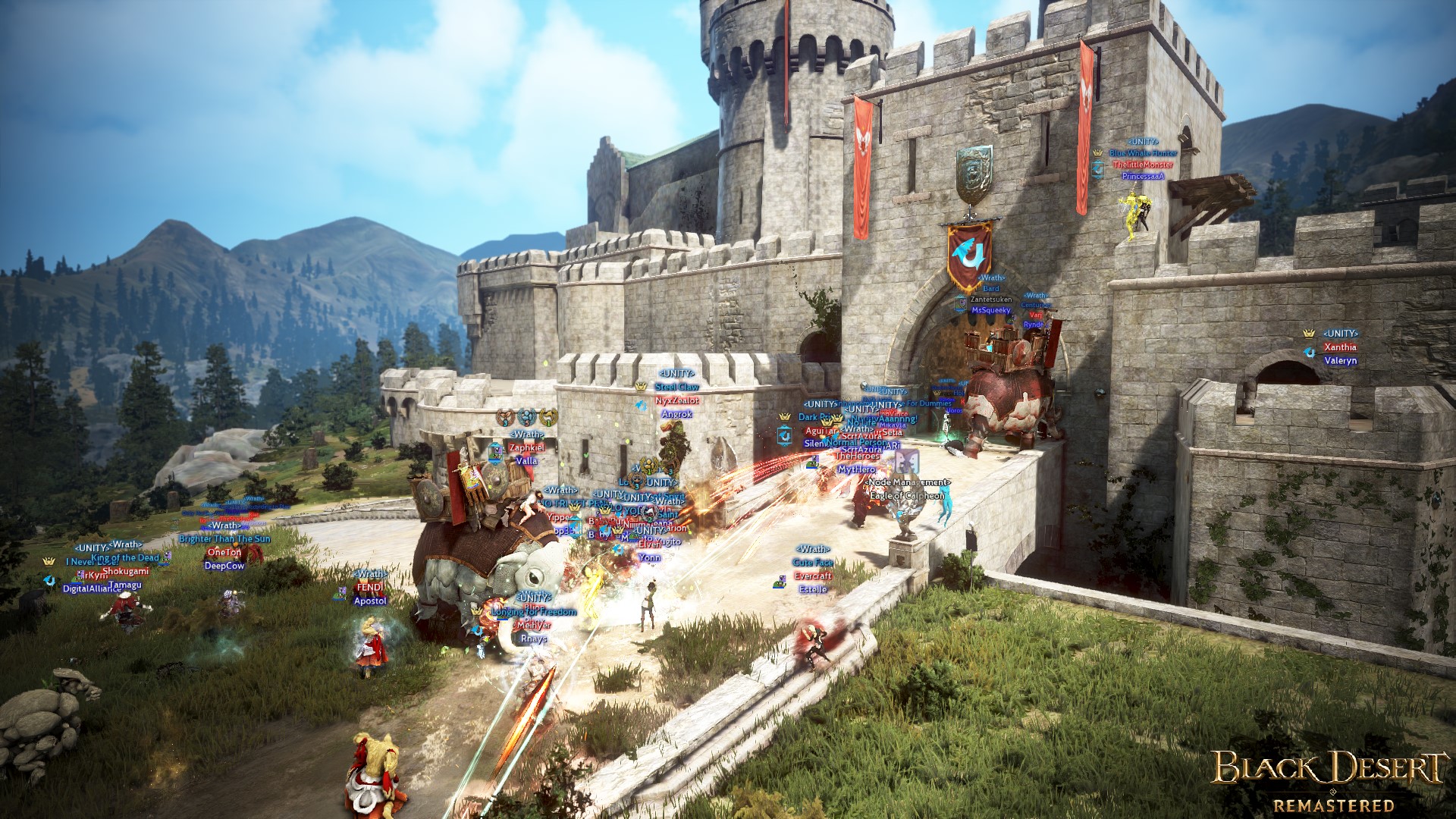 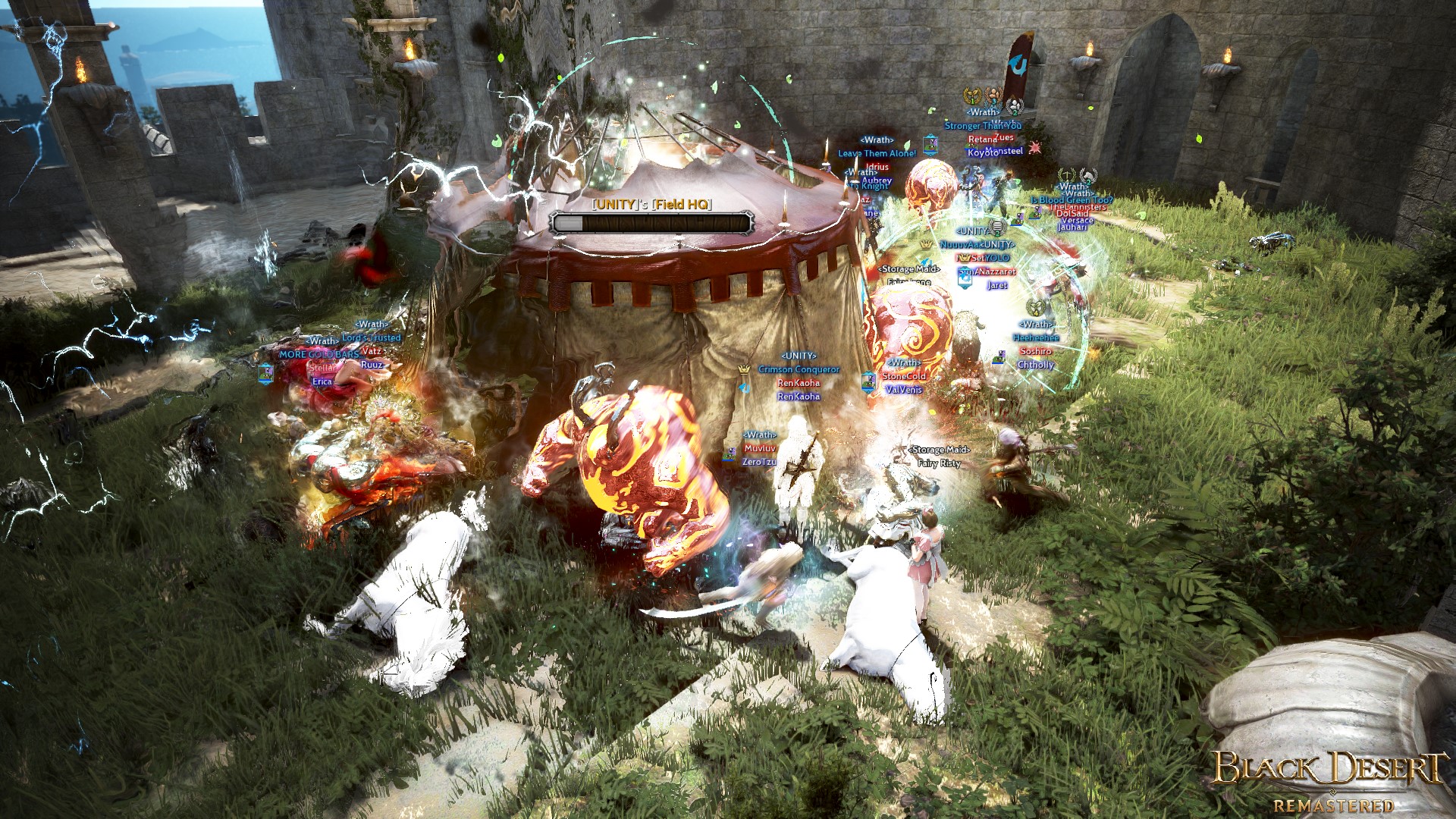 Wrath rose up to take the challenge against UNITY this week.

UNITY's forces moved towards Wrath's base without wasting any time. They surrounded their the enemy's base and picked their spot to attack. Wrath answered by coming out of their base and fighting UNITY on an equal footing. They drove UNITY away by picking off members, one at a time.

Now, Wrath took the offensive and moved towards UNITY's occupied castle. UNITY was already at their defensive posts when Wrath arrived and had succeeded in defending their gates. They took their turn to launch another attack. UNITY gathered by Wraith’s base and charged immediately. They were thwarted once more by Wrath and were forced to return to the castle.

Wrath then charged to the castle and launched their attack. This time they managed to successfully employ their tactics and destroyed the outer gate. UNITY struggled to regain control of the situation starting at the inner gate. Wrath persisted and launched attacks one after another. They kept UNITY's forces busy and the battle raged on for a while. Neither of them was willing to give up.

Wrath's persistence paid off as they gained an upper hand and destroyed the inner gate. UNITY was now really needed to hold on as Wrath could reach their field HQ. Wrath continued their assault and extended their reach to UNITY's field HQ. UNITY fended off their enemies for a while, but Wrath managed to overpower them. Over time, Wrath cleared out UNITY’s forces and focused their attacks on the field HQ. The defending UNITY was unable to regain control and had their field HQ destroyed.

Wrath took over the lands of Calpheon. 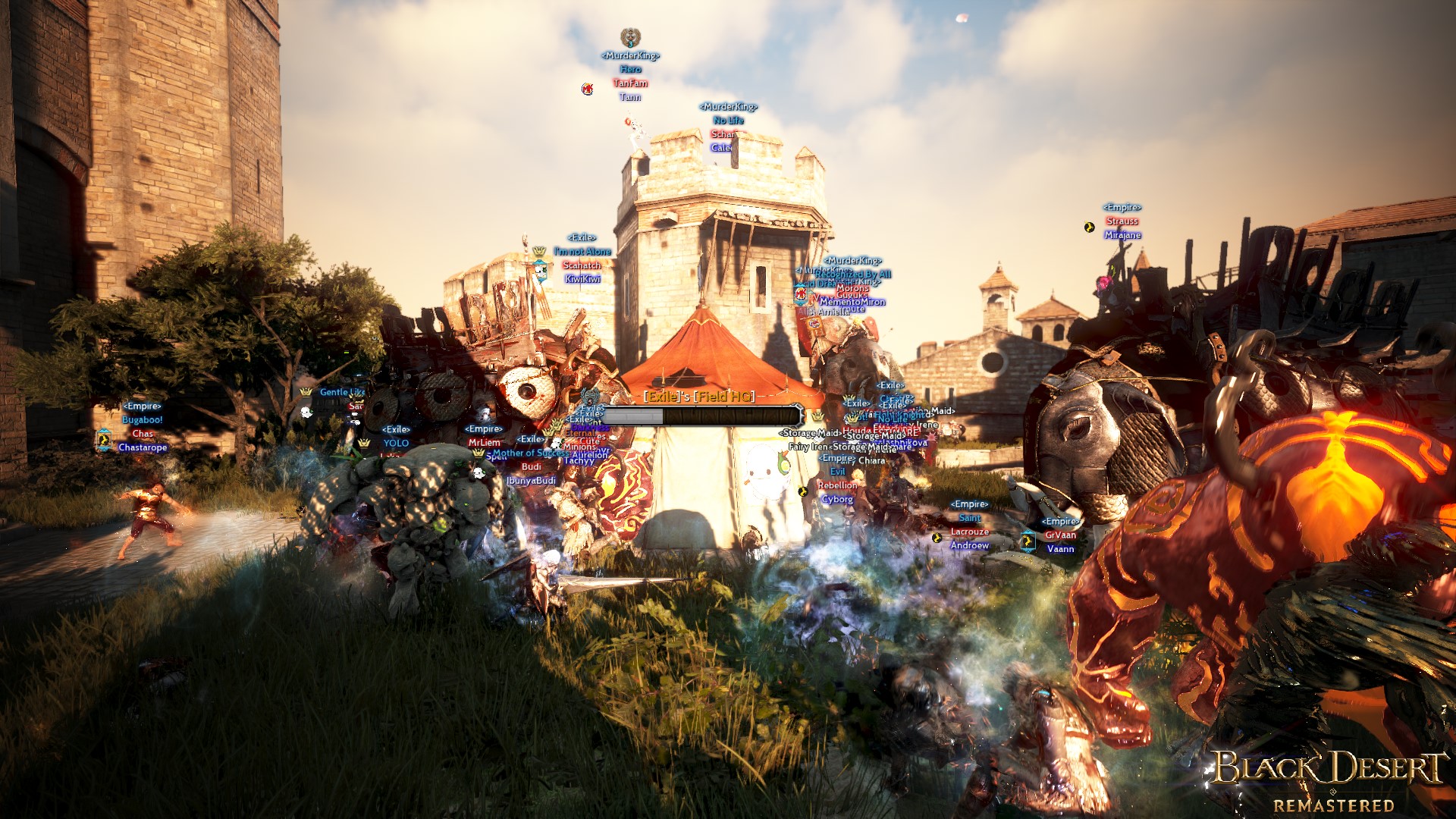 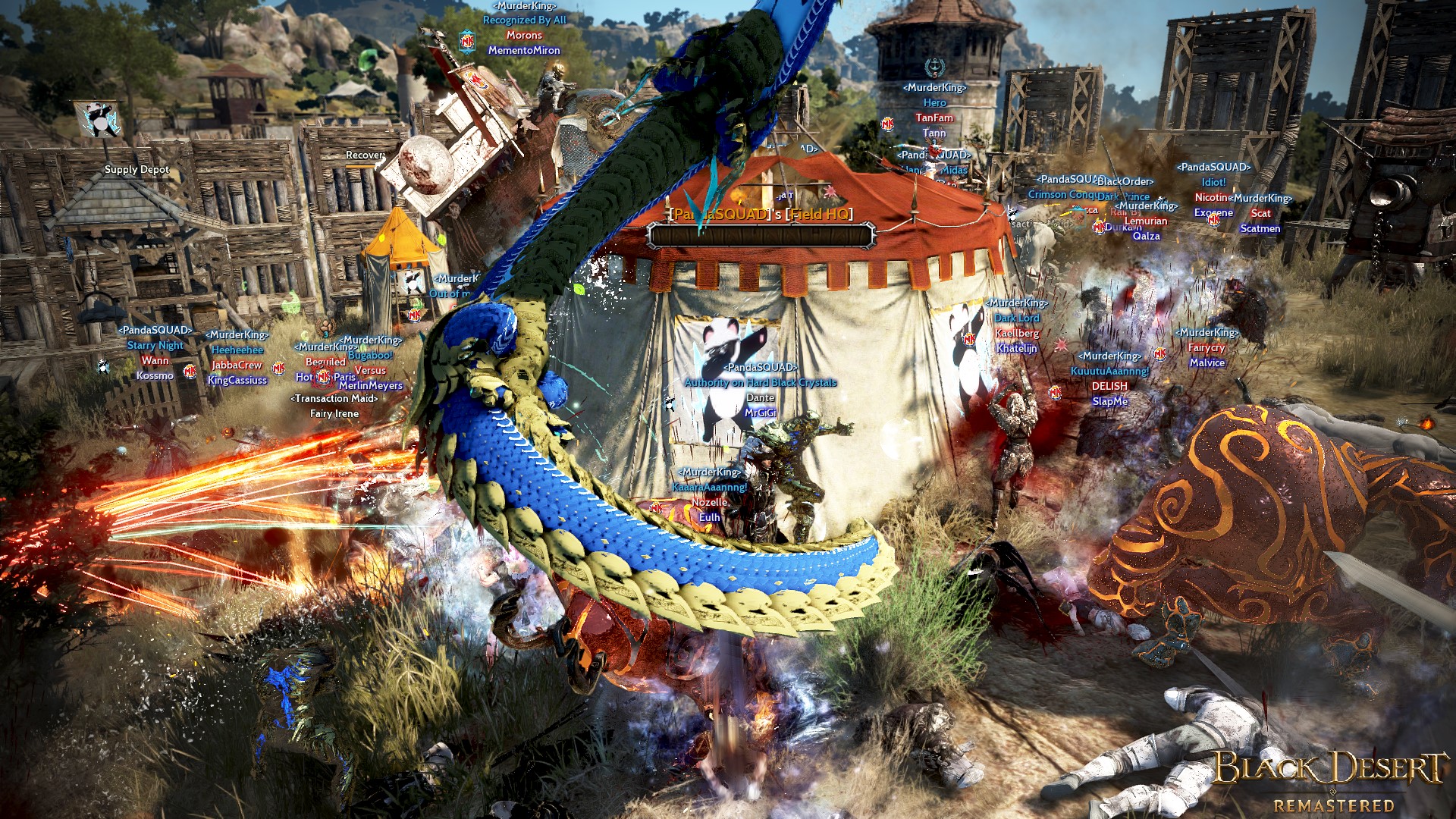 BlackOrder was seen moving towards Angrybird for their first attack. Angrybird's fort was easily destroyed as none of their members were there to defend. Meanwhile, MurderKing was at PandaSQUAD's base battling against their forces, but PandaSQUAD managed to push them back. However, MurderKing persisted and tried to force their way into the base, but PandaSQUAD held on once again. MurderKing continued their attacks until they broke through the walls finally. They engaged the defending forces and damaged PandaSQUAD's command post. They were able to overwhelm their enemy and destroyed the command post.

MurderKing and BlackOrder were the next to face off. However, no one was there when MurderKing arrived at BlackOrder's base. MurderKing immediately focused their attacks to the command post and eliminated BlackOrder in minutes.

Exile was busy defending against Ares and Empire as they attacked together. Ares and Empire launched attacks one after the other to ensure progress and to keep Exile. They kept up their pace all throughout the war and managed to successfully destroy the two gates of the castle. Then MurderKing's forces joined the fight again Exile along with Ares and Empire. The combined forces of the three guilds were more than enough to crush Exile. When their forces got cleared out, it was only a matter of time until their field HQ was destroyed as well.

The three guilds then moved on to the other guilds. Ares had targeted Garuda and destroyed the command post. MurderKing moved towards Ares' base and forced their way inside by destroying a section of the wall. Their defending forces were only able to hold for a short while and was overwhelmed. Empire's forces came to their base from another side and damaged the command post. During this time, MurderKing had regrouped their forces and came back full force. They cleared out everything in their path and destroyed the command post of Ares in the process.

MurderKing then moved to Empire's base. Empire set up their defenses immediately as MurderKing's forces were seen in motion.

Their defenses were not strong enough to hold against the attacking forces. MurderKing made quick work of the command post and destroyed it after a few minutes.