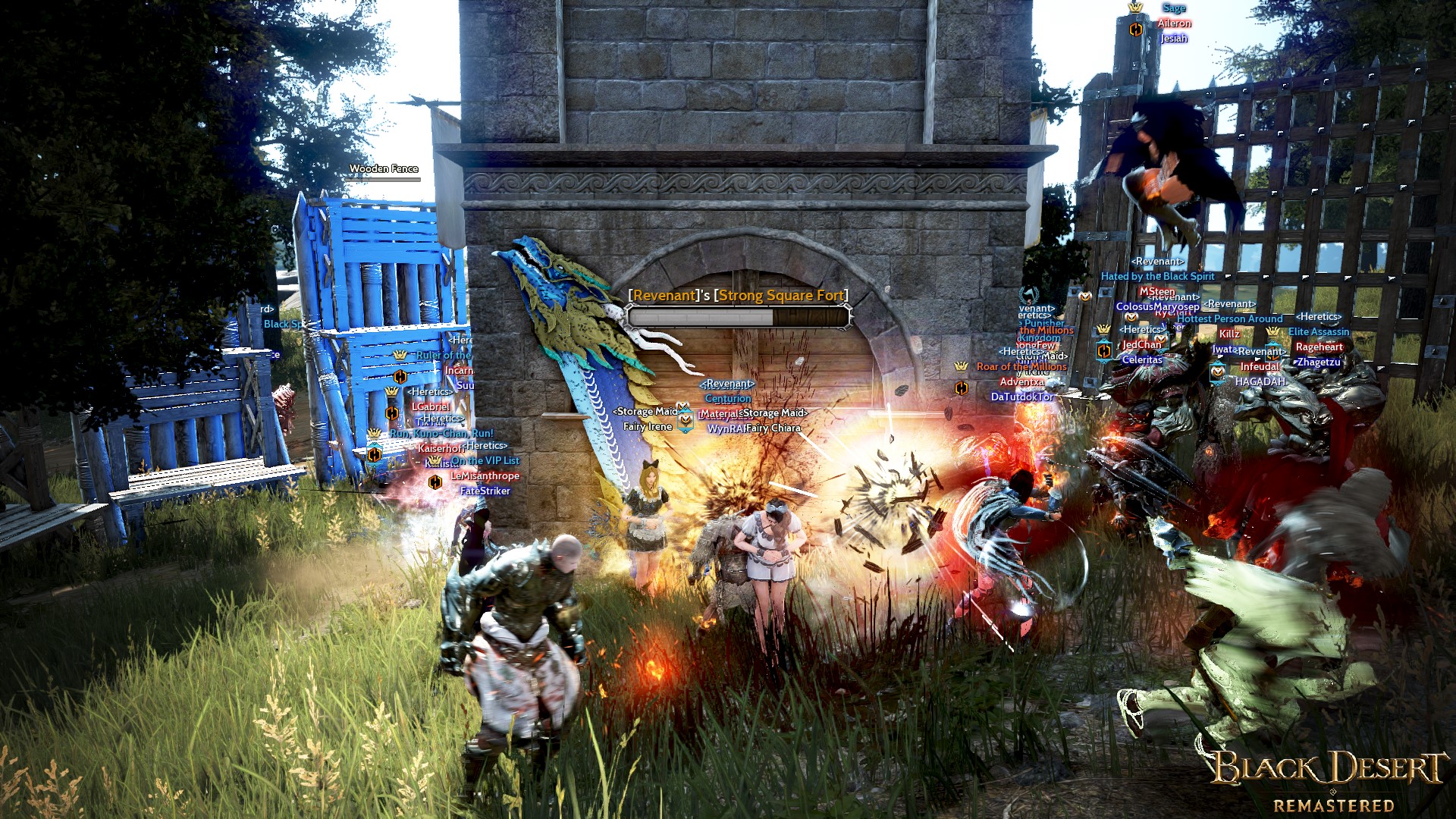 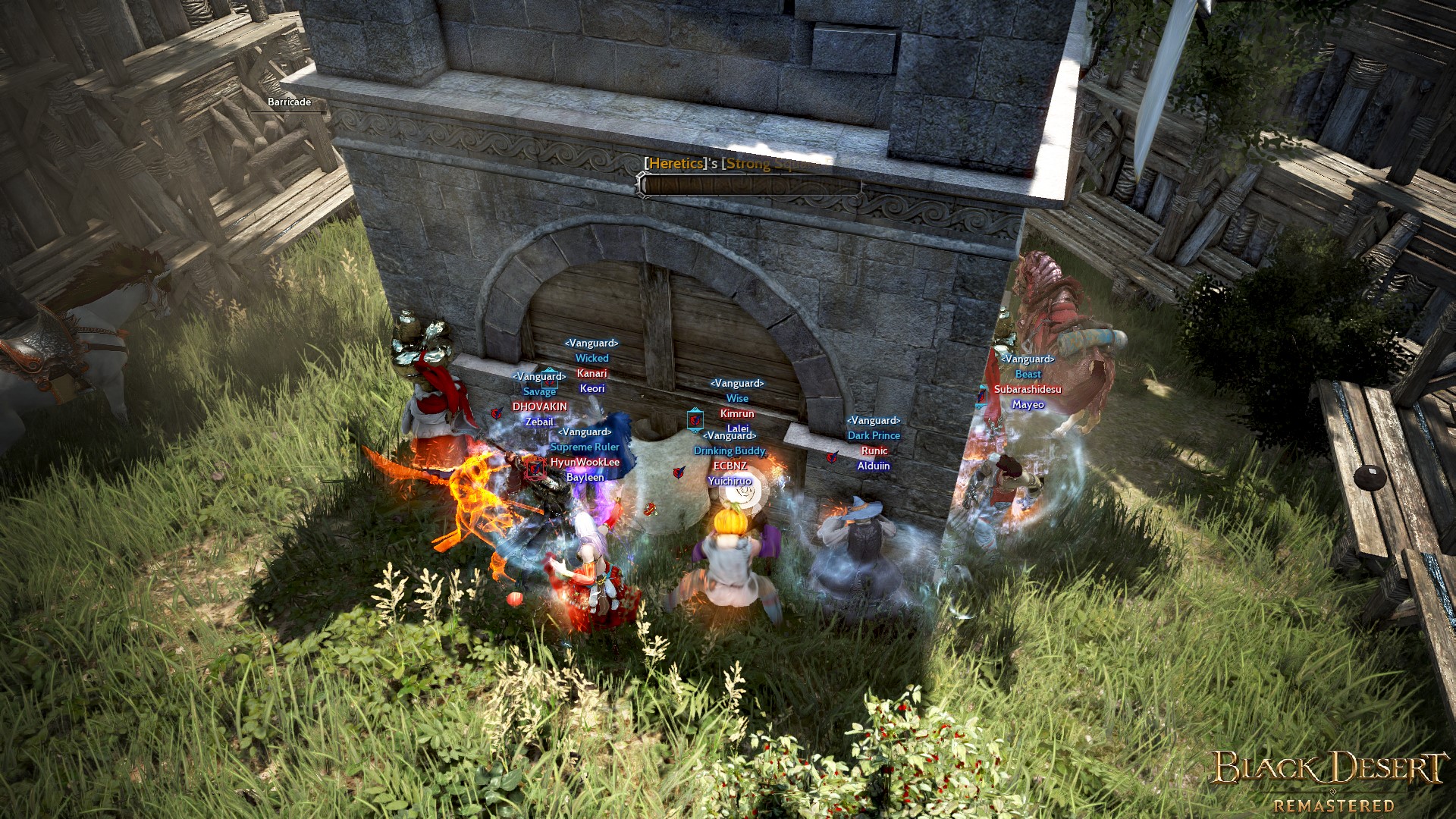 For this week's war, Revenant and Vanguard stepped up to challenge Heretics for Balenos.

Heretics rushed towards the base of Revenant without wasting time when the war begins. Upon arriving at the base, Hertics' forces engaged their enemies and moved to attack the defensive structures as soon as they had wiped out the defenders. Revenant was unable to push back their assailants and was not able to come back from Heretics attack.

Heretics took their time and destroyed the surrounding fences first while the rest of their troops began to attack the fort. A few of Vanguard's forces were also seen attacking the walls, but they didn’t engage Heretics' forces yet. After a few minutes, Heretics destroyed Revenant's fort and took them out of the war.

Heretics held their position for a while to regroup then started moving once more. Their next target was Vanguard. When Vanguard's forces were found, they were already at Heretics base and have already destroyed some of the defensive structures and sections of the walls. They were focused on attacking the fort while Heretics forces were nowhere near their base. Vanguard destroyed the fort and claimed Balenos for this week's war in a matter of minutes. 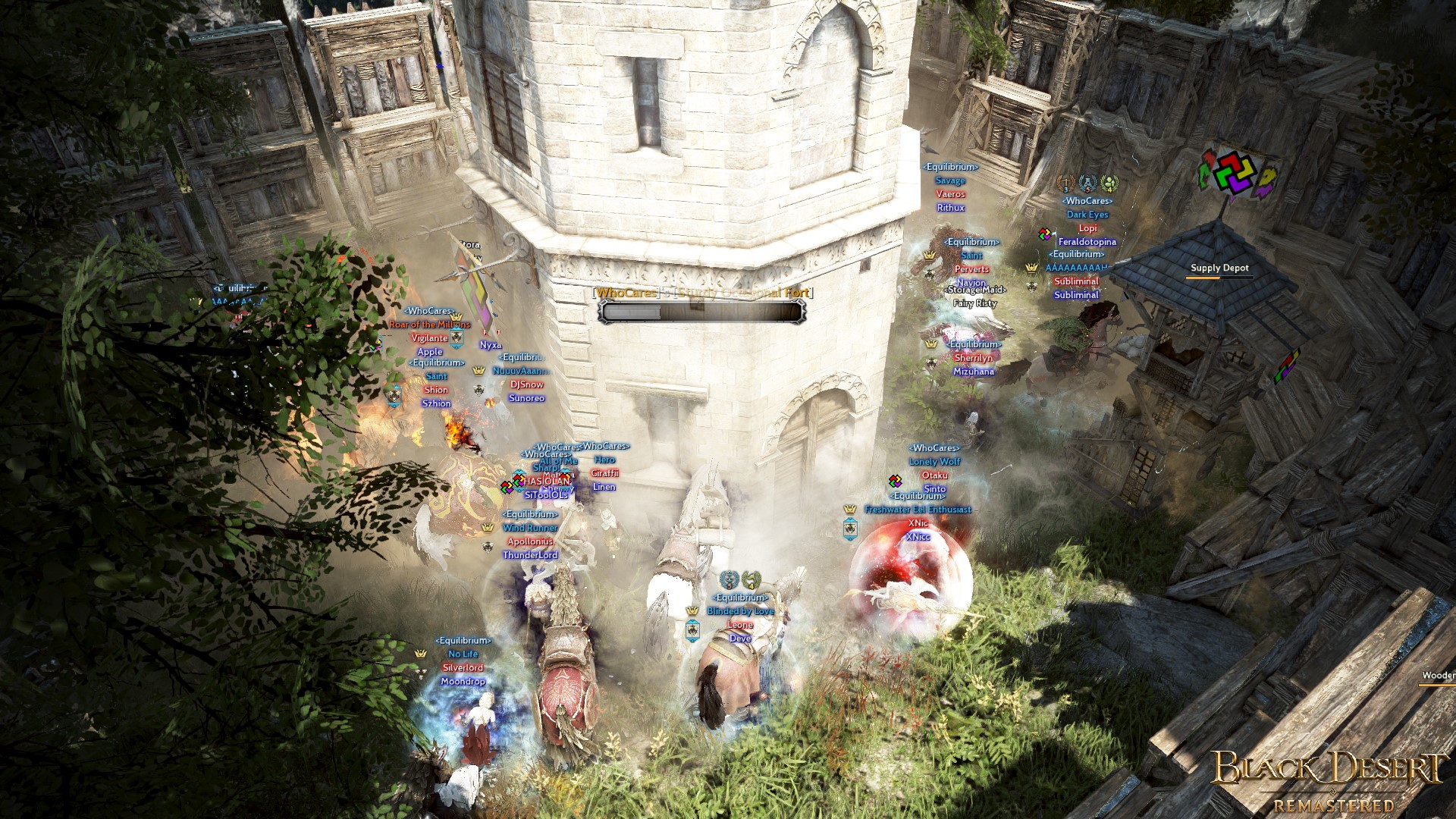 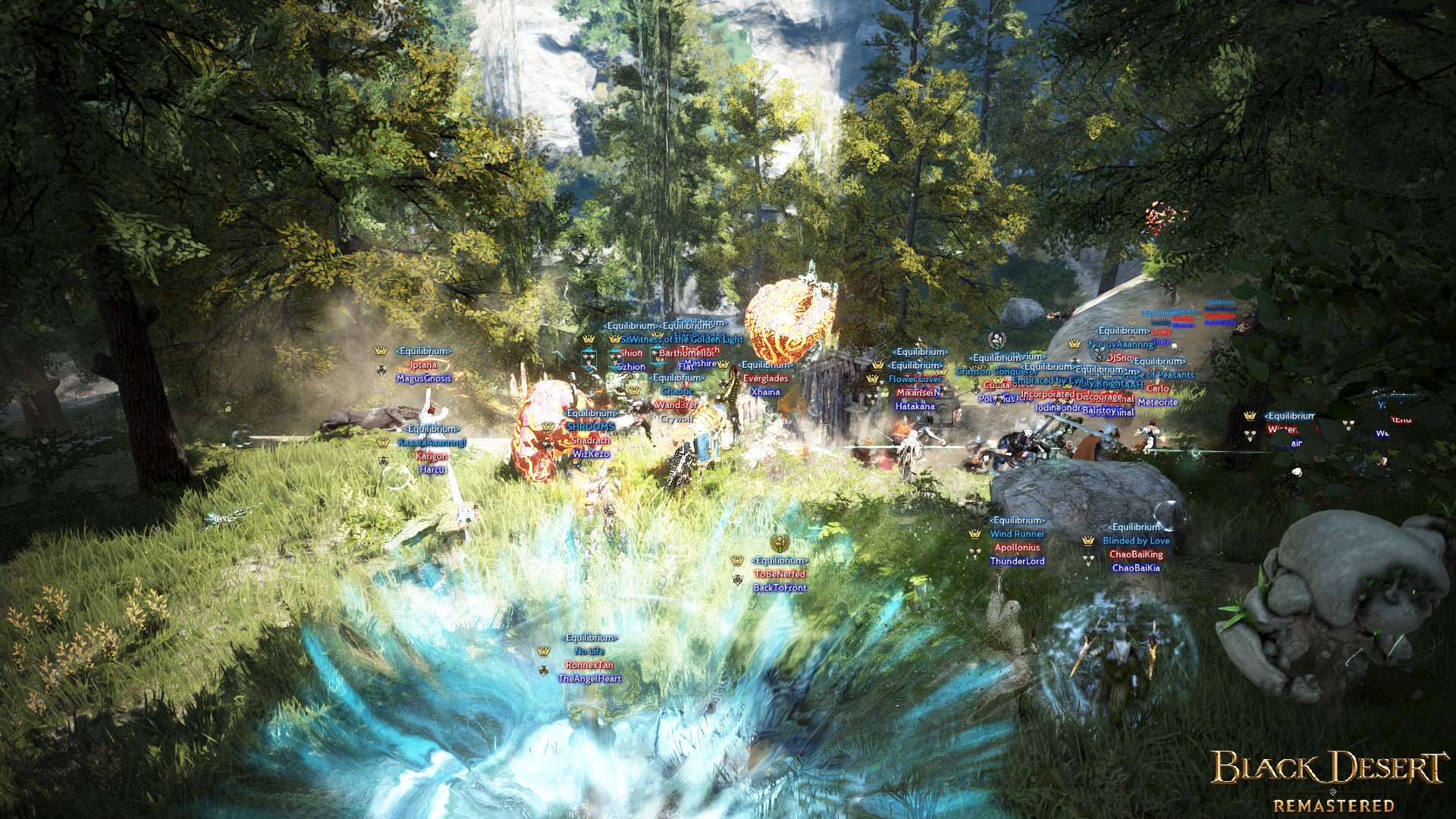 Equilibrium seeks to continue their reign as TerataiHitam, Lucid, WhoCares and Yawnznation takes on the challenge for Serendia.

The defending Equilibrium made the first move and headed straight to TerataiHitam's base. TerataiHitam held their positions for only a few minutes as Equilibrium overwhelmed them. After gaining entry to the base by destroying the walls, the attackers made quick work of the defenders by wiping them out completely. They then focused their attacks on the fort of TerataiHitam and destroyed it after a few minutes.

Lucid and Equilibrium continued their battle, then Yawnznation joined in and took turns to attack Equilibrium to ensure the flow of attacks stays consistent and keep the forces busy. The battle raged on and Equilibrium sent a small number of their forces to target Lucid's base while defending their own from the two attacking guilds.

Focusing their attacks on Equilibriums base, Lucid allowed their own base to be overrun and their fort was destroyed by the small force of Equilibrium. This meant that Yawnznation was their last opponent. Equilibrium took control of the fight and pushed Yawnznation back as they gained an advantage in numbers.

Equilibrium followed up by rushing to their opponent's location and gave them very little time to prepare. Yawnization did their best to defend, but it was not enough to contain their attackers. Once their forces were wiped out, their fort soon followed. Equilibrium gained another victory in Serendia. 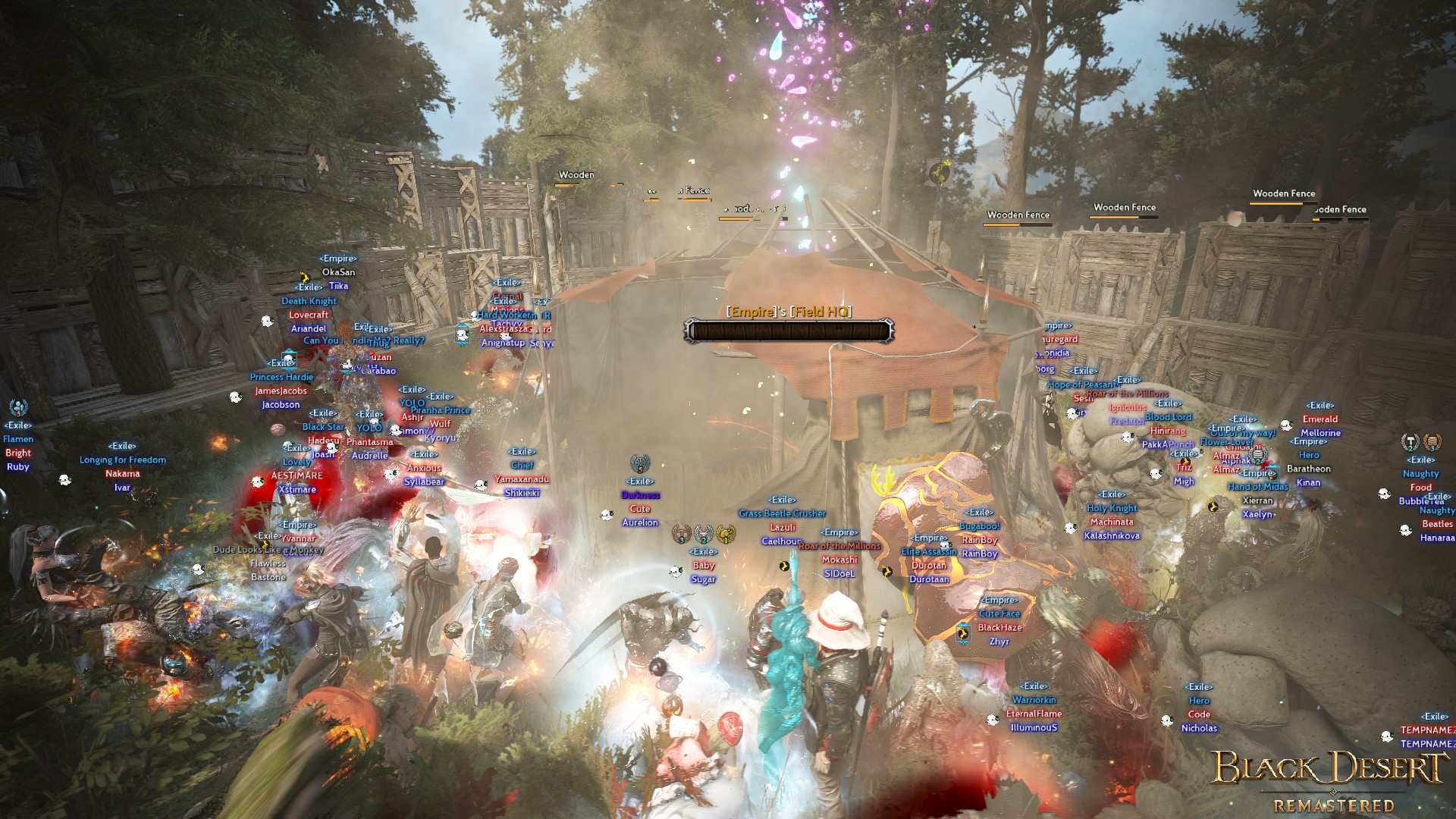 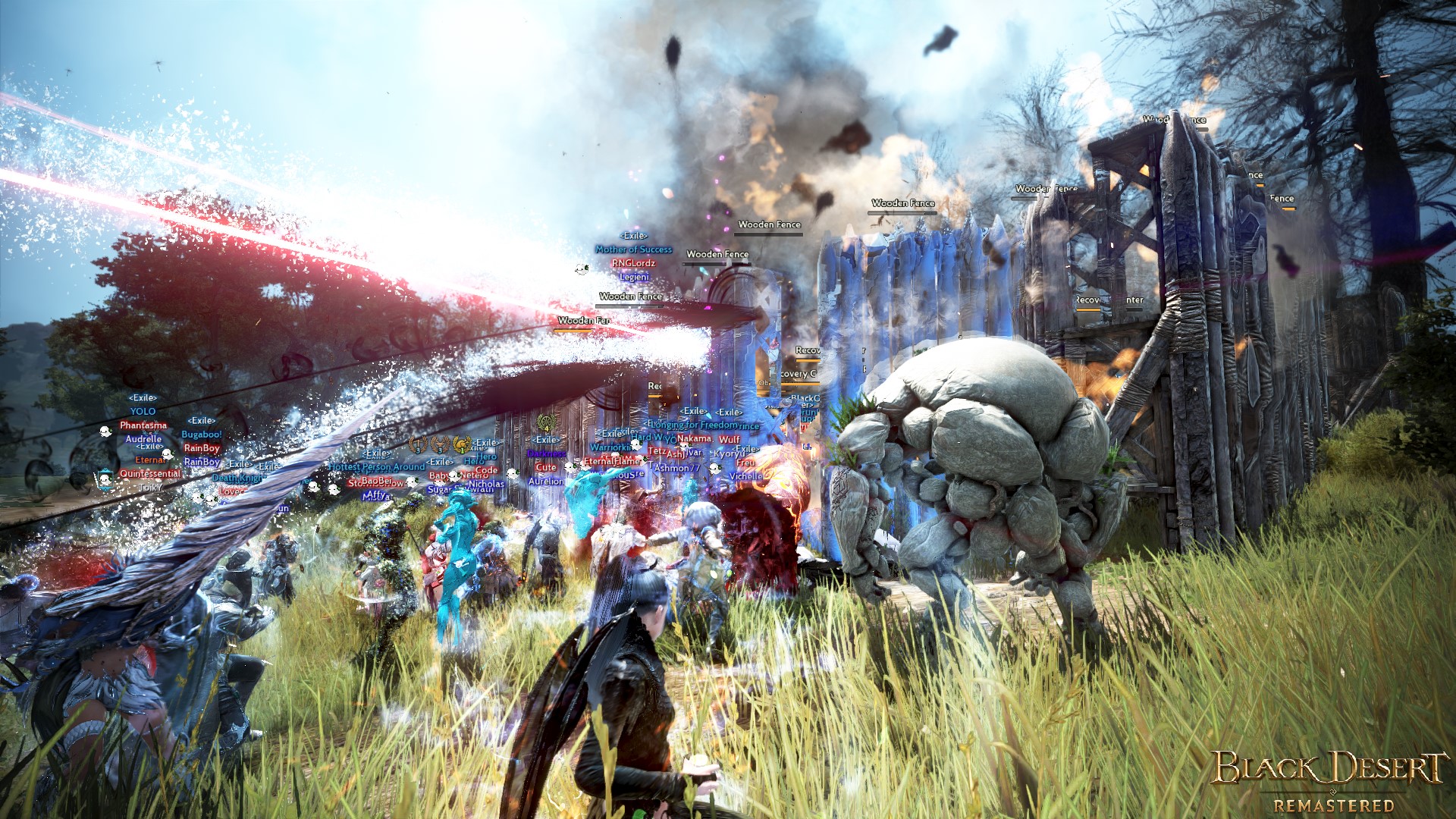 Exile moved towards Empire where they initiated the attack. Only a few members of Empire's forces were seen defending and did not have enough to hold back the advances of Exile's forces. Once Exile got inside, they did not hold back and focused their attacks on Empires command post. They destroyed it in a few minutes then headed to their next target, which was Wrath.

In the safety of the castle, Wrath was able to keep Exile's forces at bay while PandaSQUAD and Garuda battled it out in their own bases. Both attacking guilds made progress and were able to gain access to their opponent's field HQ and command post respectively. Both Wrath and Garuda were able to weather out the storm that was their attacker’s forces, but their defenses eventually gave out as both were taken out.

Exile and PandaSQUAD then moved to their next target, which was UNITY. UNITY had a tough task of defending two different sides as the two guilds came in full force. UNITY's base and forces were no match and their fort was destroyed in no time once the perimeter was breached.

It was Exile, BlackOrder, and PandaSQUAD in the last moments of the war. Exile headed for BlackOrder's base while the latter headed for the other's base. It would have been an equal opportunity for the two guilds, but PandaSQUAD arrived at Exile's base and assisted in the destruction of Exile's command post.

The final battle had arrived and BlackOrder wasted no time and charged to PandaSQUAD's base. As soon as they arrived, BlackOrder was met with little resistance from PandaSQUAD. After a few minutes, the new conquerors of Calpheon was named. BlackOrder had taken the win for this week. 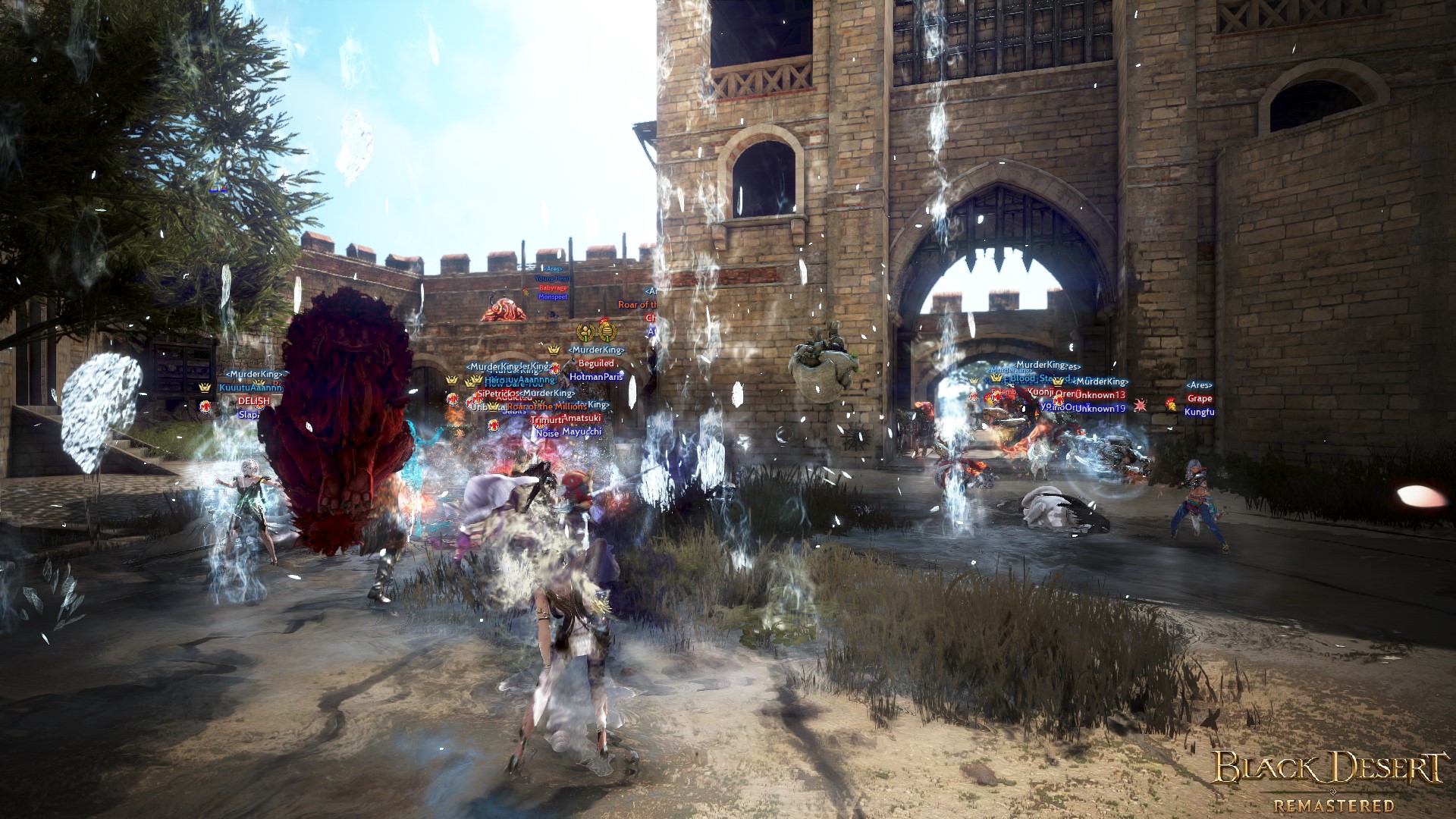 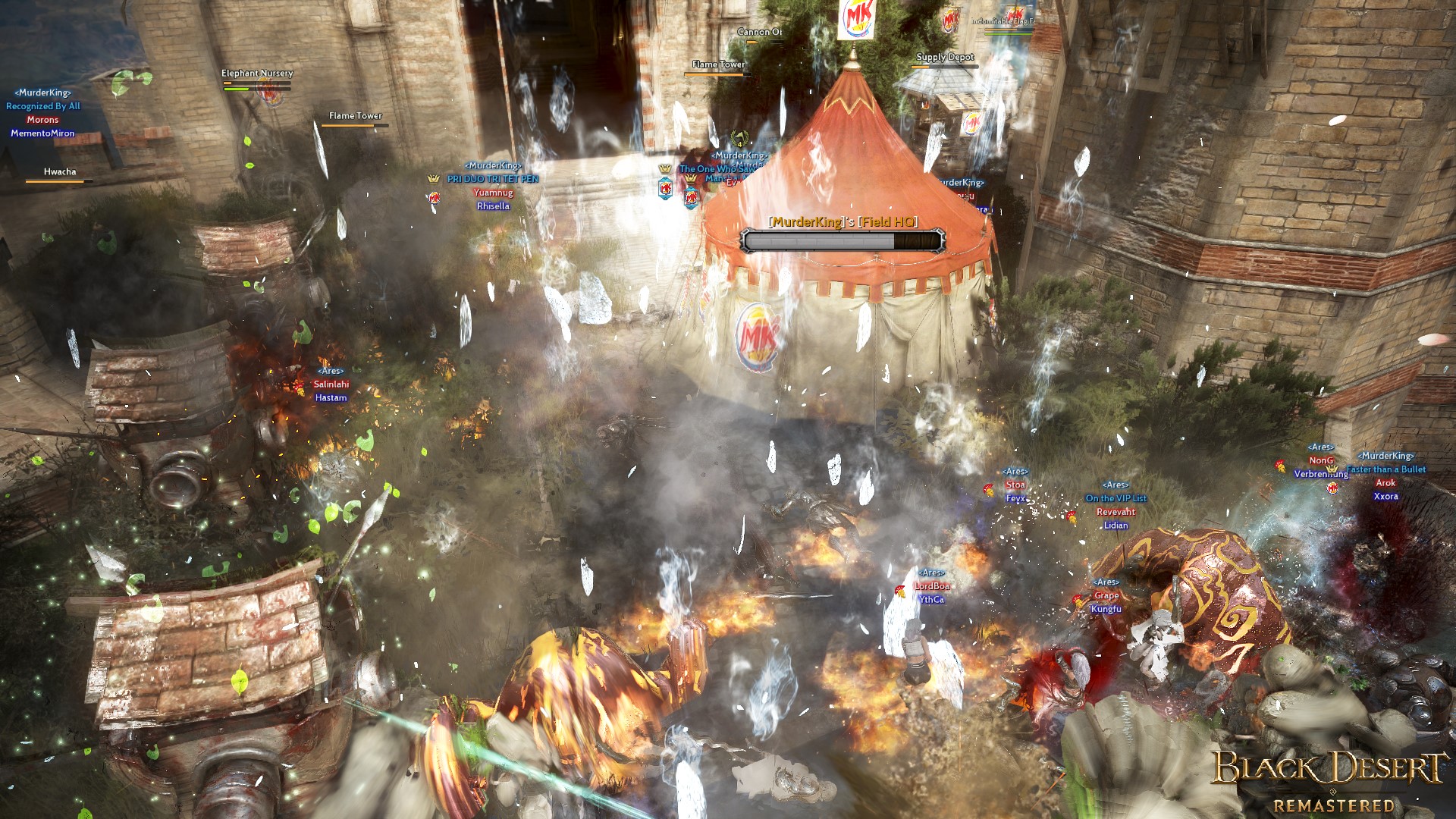 Ares took up the challenge as they tried to unseat MurderKing as conquerors of Mediah.

Ares made the first move, rushing immediately to the castle where MurderKing's forces held as their fortress. Ares was able to gain momentum as they pushed their way through the gates of the castle. However, MurderKing showed that they will not simply be defeated and pushed back.

It was an even exchange between the two guilds with neither one of them letting up. Eventually, they changed tactics to gain the upper hand. Then came the siege weapons. War elephants made their way into the castle, charging through the defenses and MurderKing's forces. Still, they persevered and did not let Ares gain any more ground than they already have.

As time ran out during the last few minutes, Ares made one last push to break through and take the win. However, MurderKing was victorious as they were able to keep Ares back. MurderKing retains their control over Mediah for another week.

KillOnSight once again victorious as they continue their reign over Valencia. No other guilds challenged them this week.