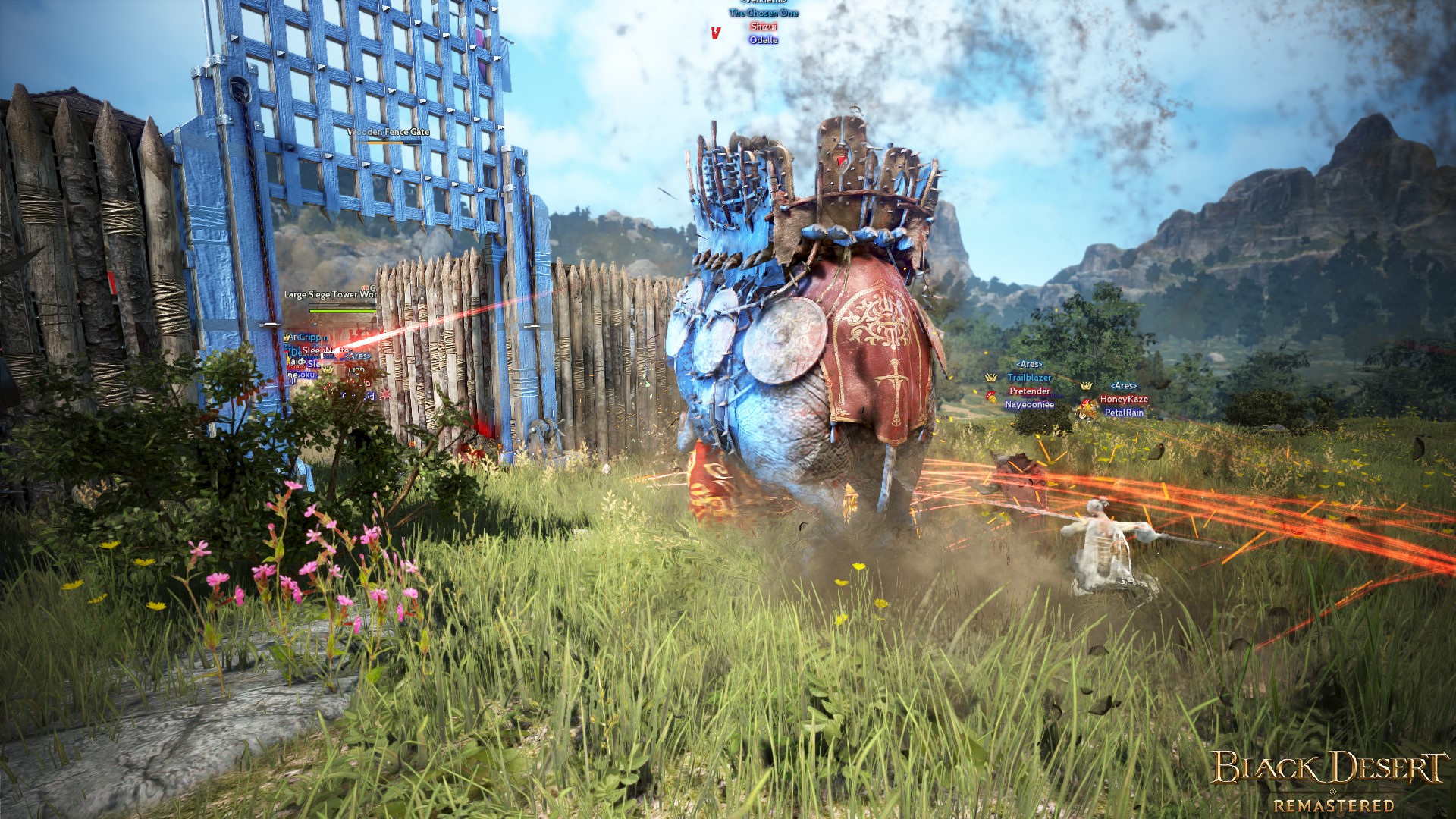 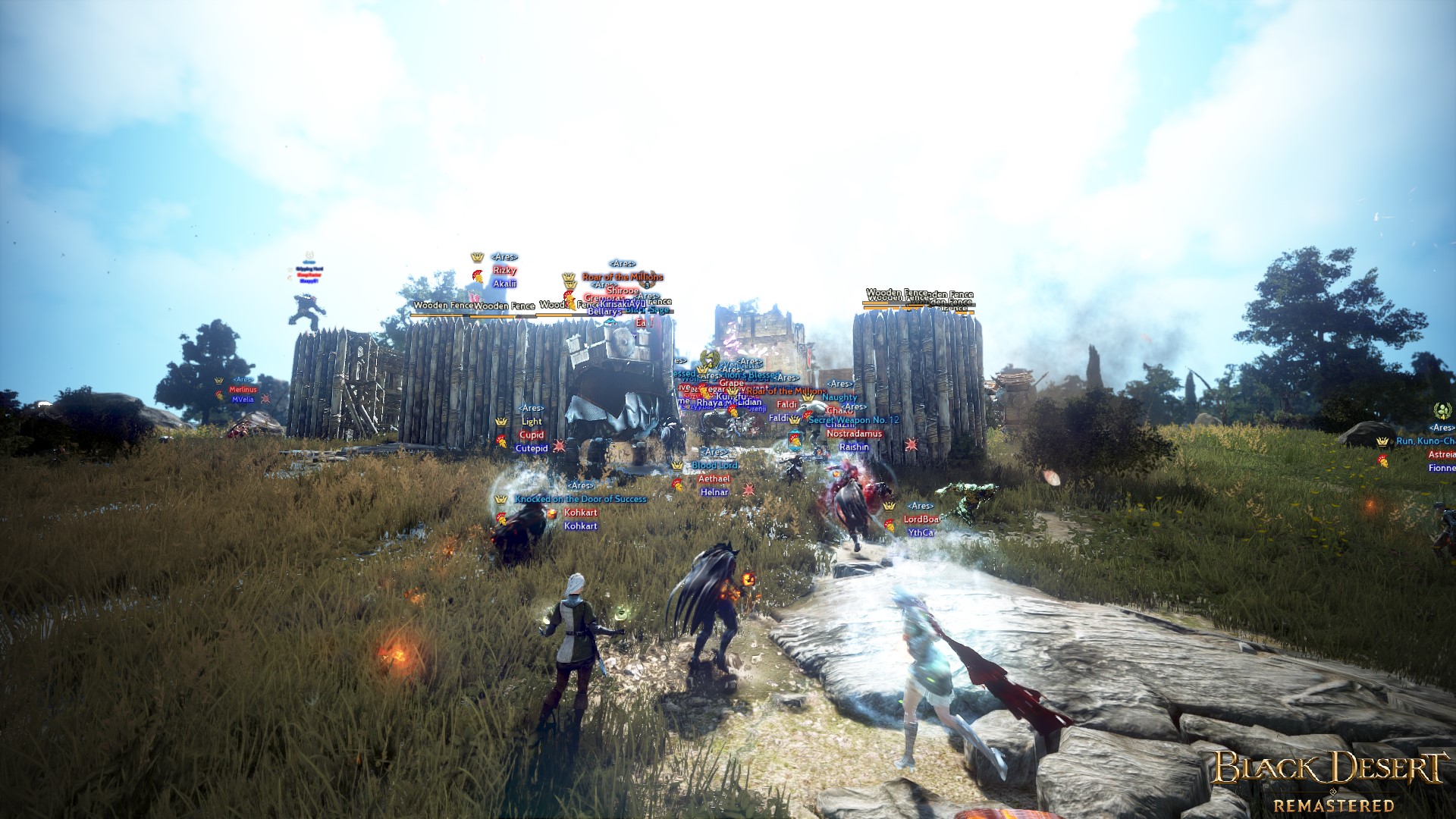 Ares defended their claim on Balenos as they face off against Vendetta.

As soon as the Conquest War started, Ares has moved directly to Vendetta’s base. It took a while for Ares to breakthrough Vendetta as they were fended off several times.

As the battle raged on, Ares took their chance as they climbed over the fences of Vendetta, which was built near a large stone. This tactic allowed them not only to enter Vendetta’s base, but also wipe out Vendetta’s forces. Once the defensive structures fell, the fort was left open, allowing Ares to deplete its HP.

Once the fort fell, Ares claimed their victory and conquered Balenos for another week. 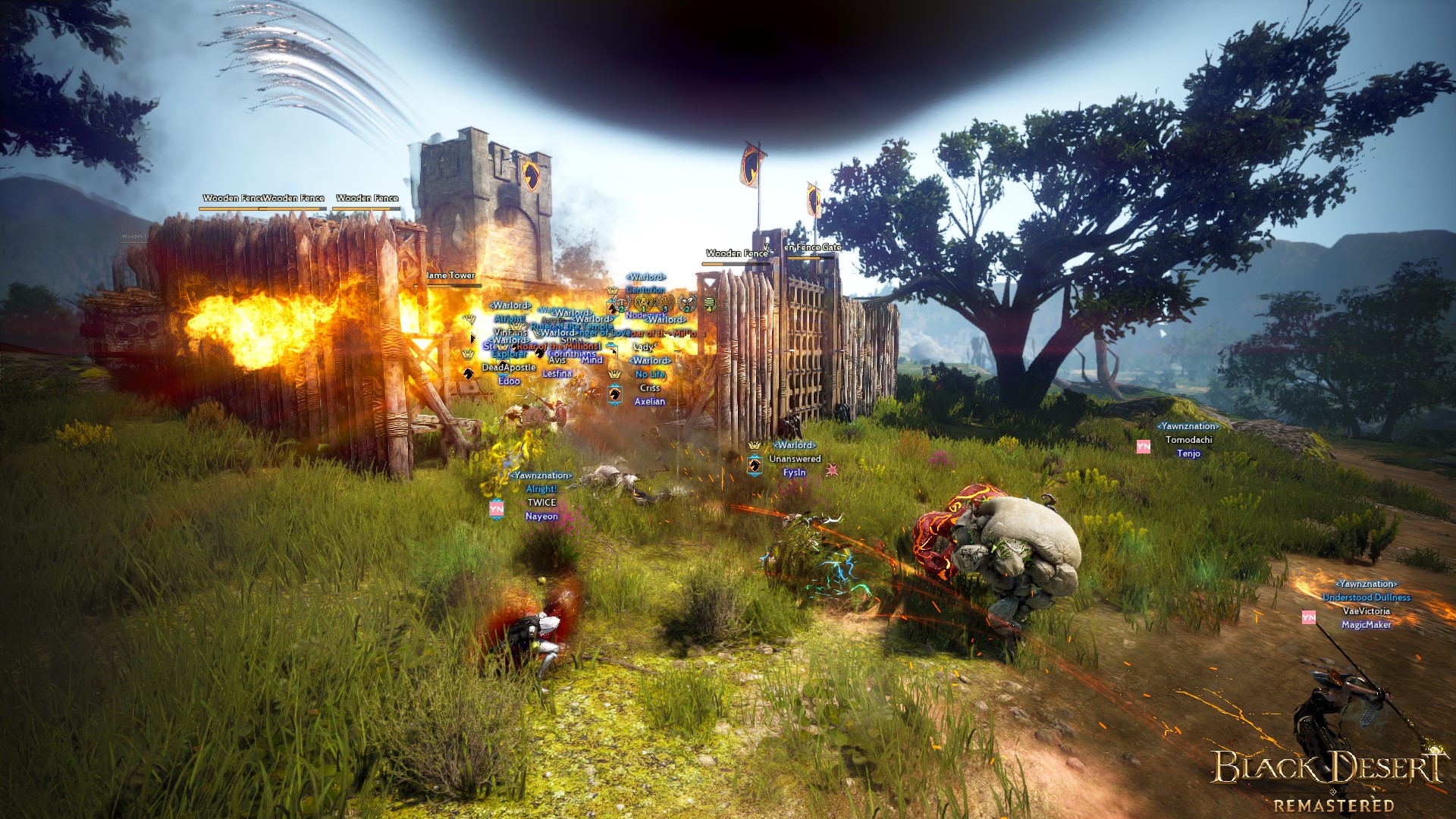 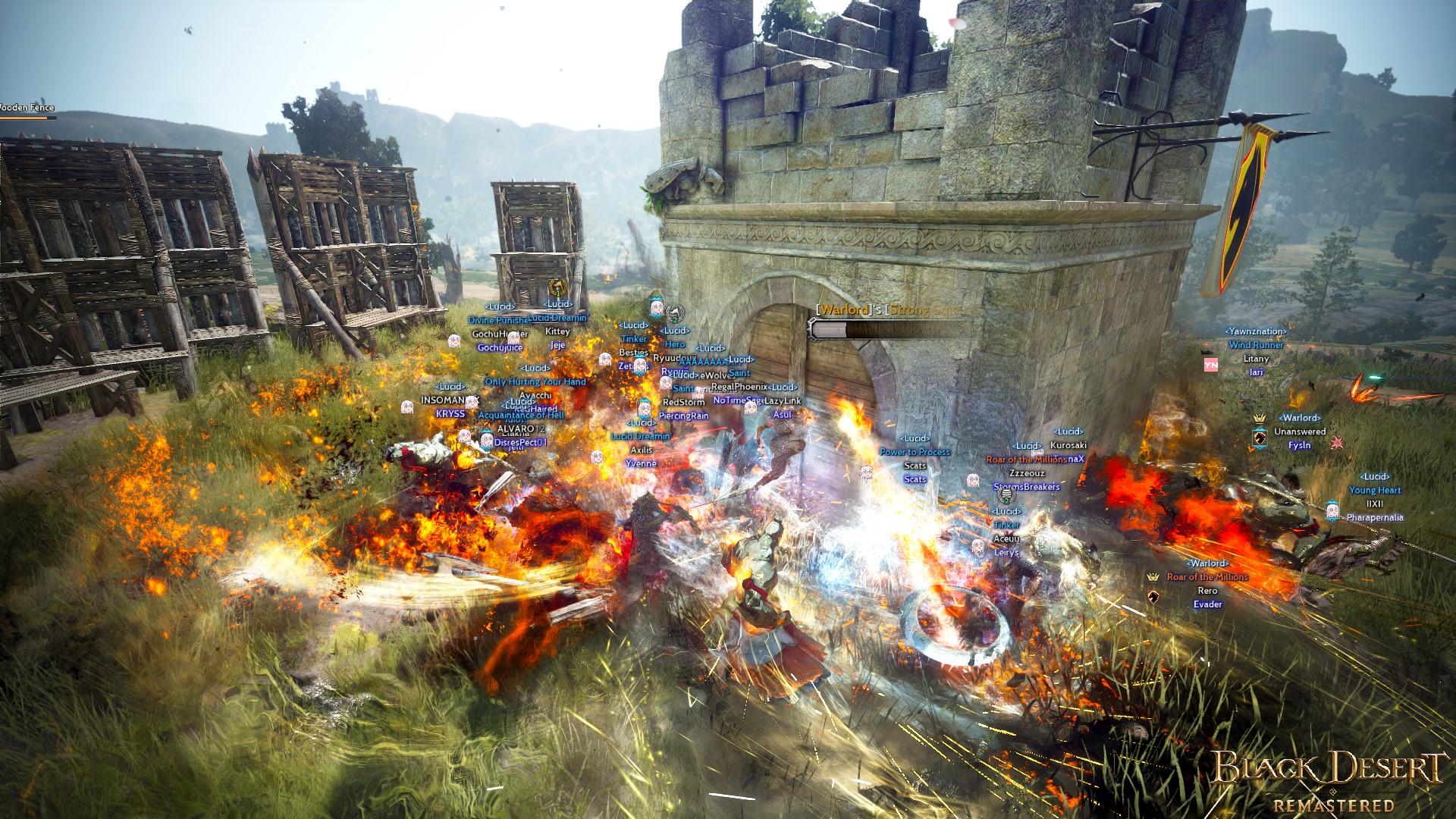 The battle in Serendia was between the previous conqueror Warlord, against the challenging alliance force Yawnznation and Lucid.

As the battle began, Lucid and Yawnznation combined their forces to attack Warlord. The two attacked Warlord from opposite sides to divide Warlord’s defense. Lucid attackedfrom the front and Yawnzation attcked from the back.

The two guilds attacked Warlord viciously until the base was completely destroyed. Lucid was the one who took  Warlord’s fort down as soon as they took the defending forces down.

Once Warlord fell, Lucid turned on Yawnznation right away and tryed to take them down as well. However, Yawnznation wasn’t an easy opponent to be taken down so fast. While defending their base, Yawnznation regrouped their forces and counterattacked Lucid’s base. Only a few for Lucid were there to defend. Unfortunately, by the time Yawnznation tried their attack, Lucid destroyed Yawnznation’s fort. Between the two alliance, it was Lucid who took the crown to become the conqueror of Serendia. 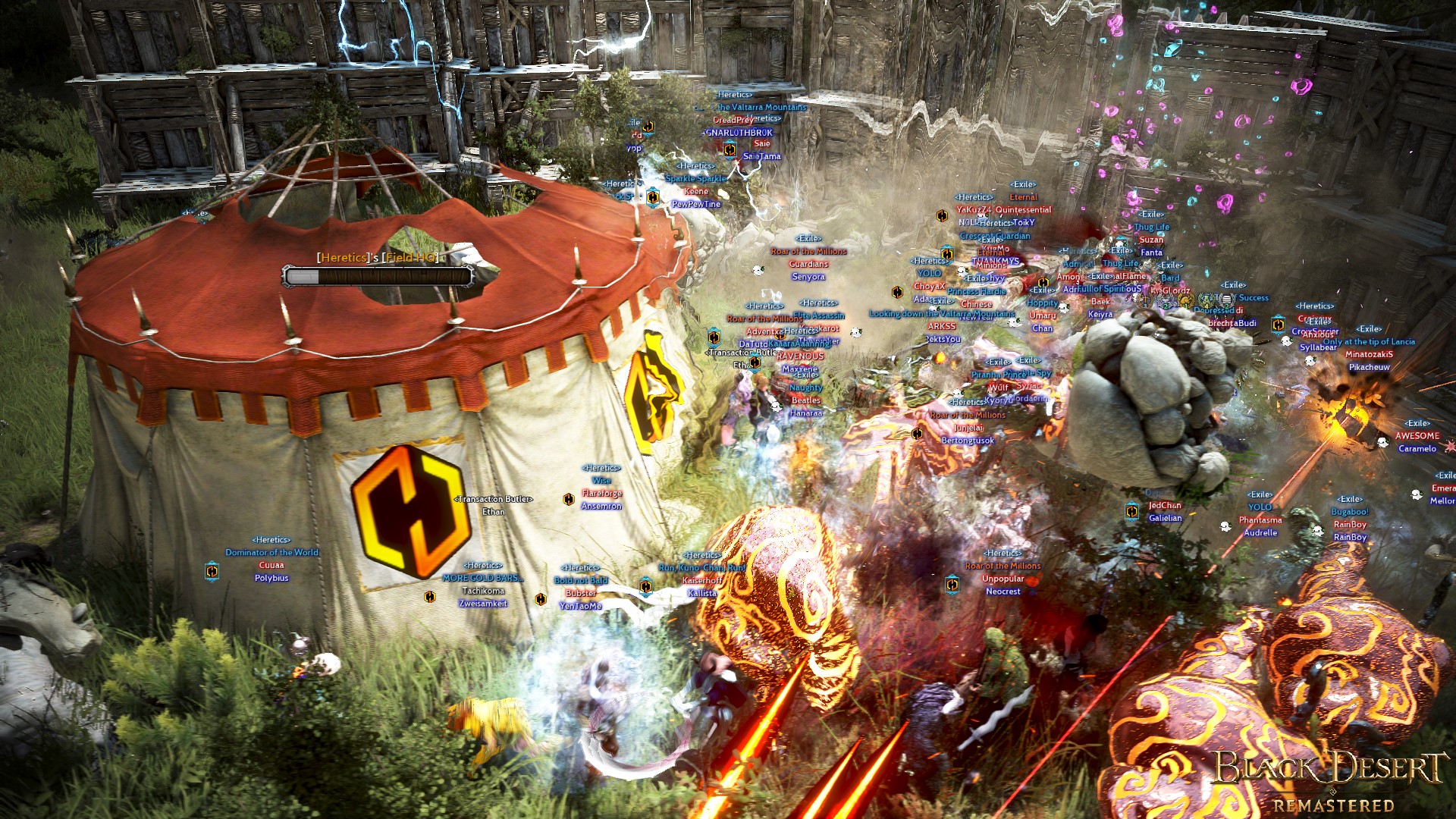 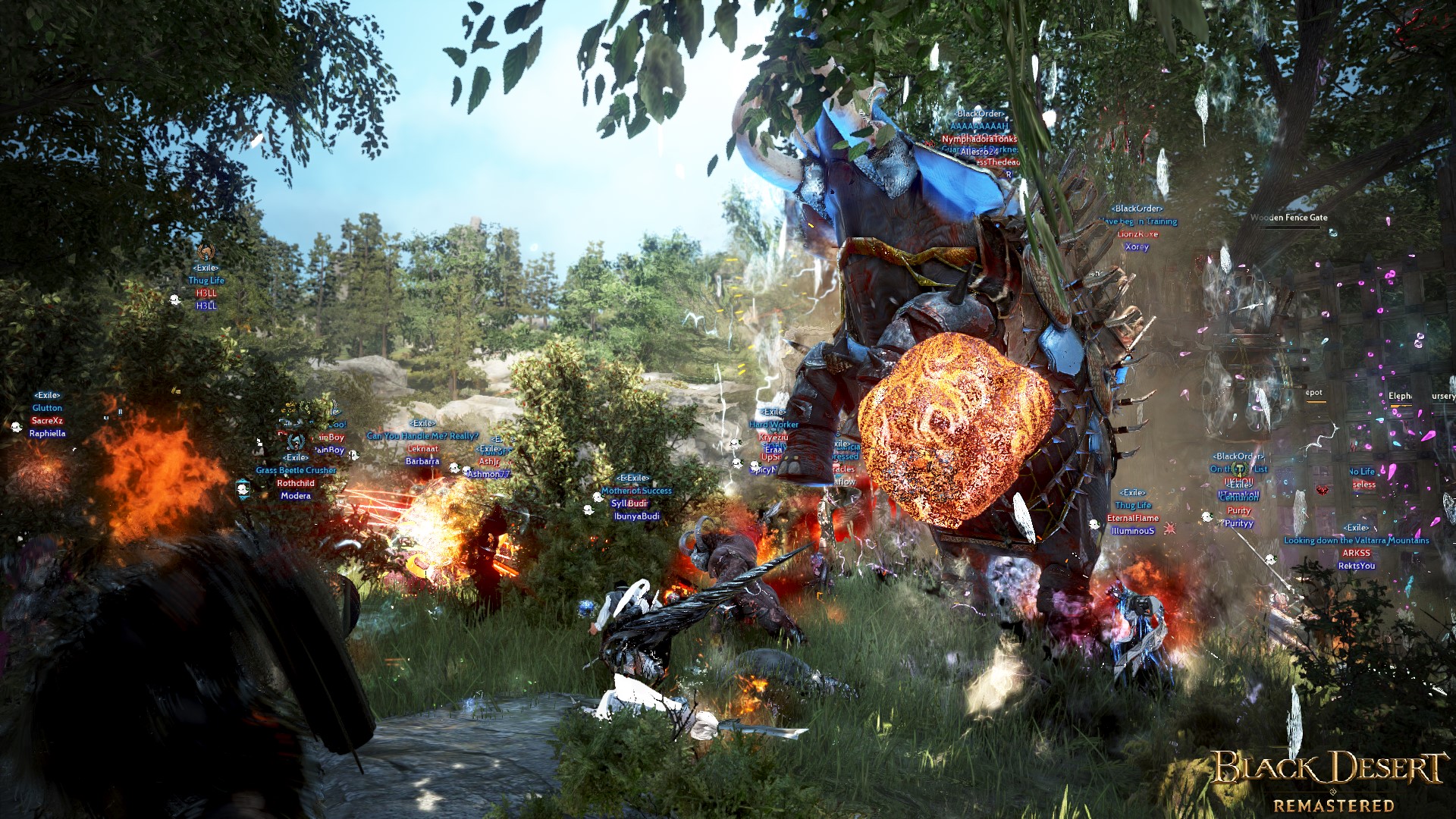 Exile began the war by sending their forces to attack Vanguard. Vanguard was able to defend their base from the attackers, driving away Exile for a few minutes. Even though they were driven away, Exile didn’t give up and started another attack as Vanguard was off-guard as they were repairing. This second attack allowed Exile to take down Vanguard’s force, taking them out from the battle.

After the battle against Vanguard, Heretics became the next target. Exile penetrated Heretics’ defense as the opponent couldn’t bring back their attackers fast enough. It took only a few minutes for Heretics to lose their command post.

Exile’s third target was PandaSQUAD, the previous conqueror of Calpheon. As soon as they have arrived in the castle, Exile immediately attacked and destroyed the first gate. The defenders tried to block the attackers, but they were pushed back to the second gate. Exile’s long range attackers took the major part on keeping the defenders at bay.

Meanwhile, a part of Exile’s forces went to BlackOrder’s base and engaged them and tryed to take it over. However, BlackOrder wasn’t an easy opponent to defeat. BlackOrder seemed to be superior at first as they fended off Exlie, but Exile was able to infiltrate their base. Within a few minutes, BlackOrder’s command post was destroyed.

The remaining forces of Exile were still busy with their attack against PandaSQUAD and were able to deal significant damage to the HQ. After a few minutes, Exile took down the defending force of PandSQUAD and eventually destroyed the Field HQ after a few minutes.

For the very last, Avalon was the last guild to stand against Exiles’ path. Exile, after taking five guilds down, immediately ran to Avalon’s base and started attacking their command post. Even though they were being attacked, Avalon did not defend their command post.Eventually, Exile reigned victorious and became the conqueror of Calpheon. 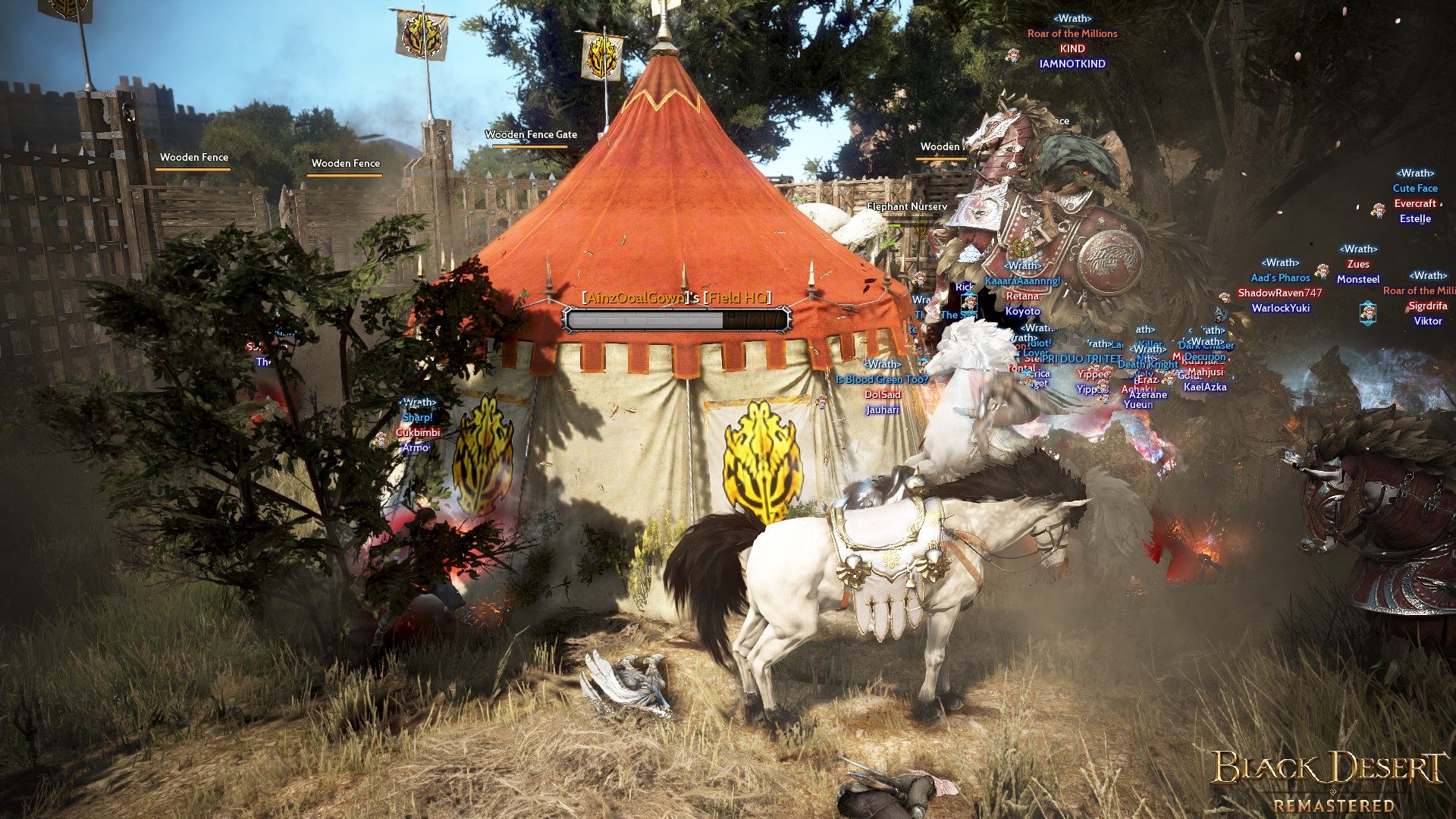 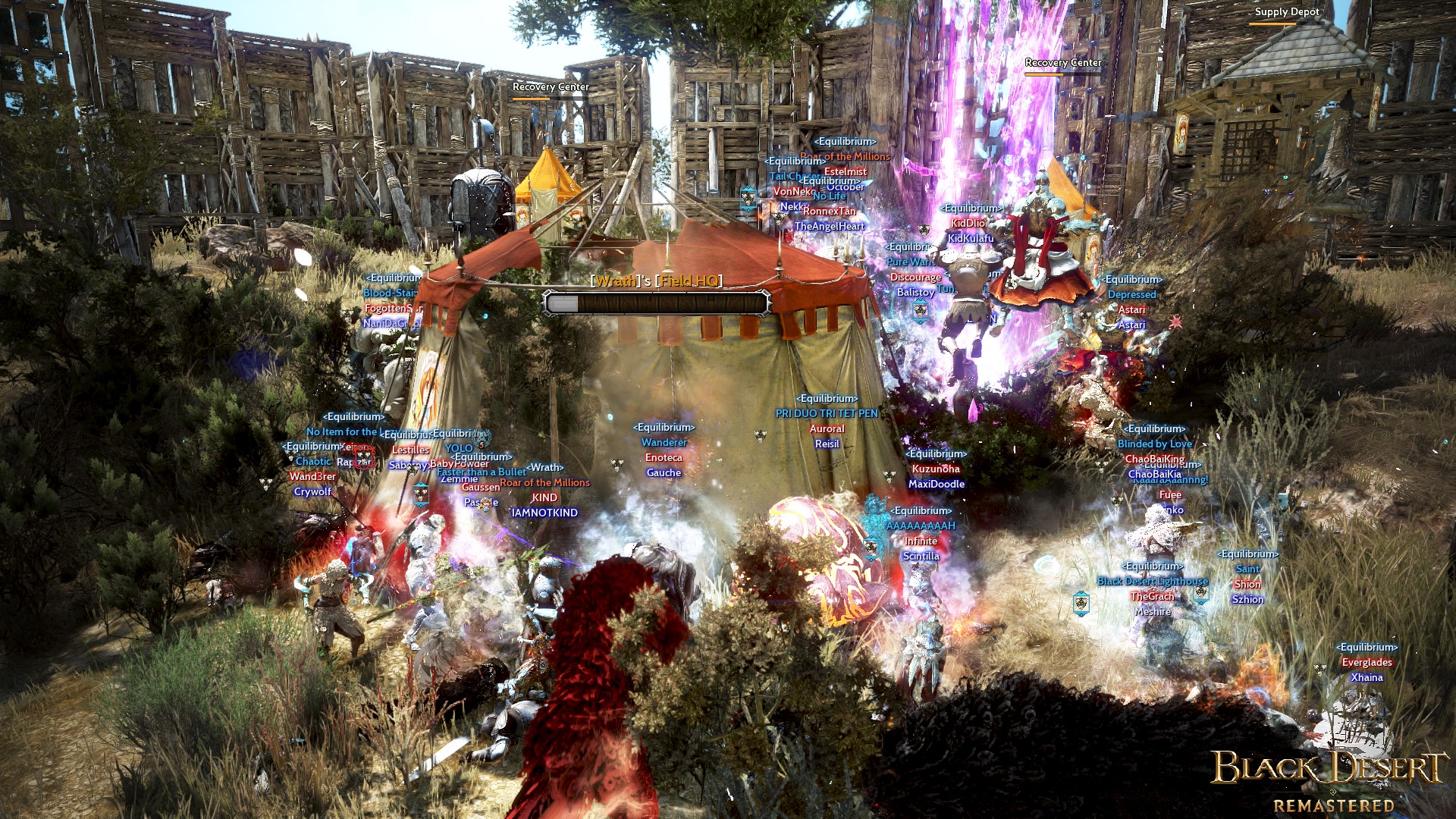 Another large battle brewed in Mediah as NOVUS, UNITY, Wrath, MurderKing, Garuda, Equilibrium, Ascendance, and AinzOoalGown took up the challenge.

Wrath first attacked AinzOoalGown at the start of the war. AinzOoalGown, however, did not defend their command post, which allowed Wrath to take and easy victory. After the command post went down, the battles between Equilibrium against Wrath, Ascendance against Garuda, MurderKing against Unity, and Empire against NOVUS started simultaneously.

Ascendance scattered their members around Garuda’s base. After they have destroyed the wooden fence, they crashed in and attacked the defenders. Although Garuda succeeded in pushing Ascendance back a few times, the never-ending vicious attacks made their command post eventually fall.

The same situation happened to UNITY, as they were attacked by MurderKing. Against the overwhelming number ofmembers and attacks, UNITY was unable to defend their command post., which led them to fall within a few minutes.

Unlike the others, the battle between Equilibrium and Wrath lasted for more than 30 minutes. With every attack Equilibrium made, they were able to deal damage to the command post slowly. Wrath couldn’t endure it and eventually allowed them to destroy their command post.

Now, the battle was between Empire against Ascendance, MurderKing, and Equilibrium. Although Empire had a strong defense, they were unable to defend against three guilds. As the first gate got destroyed, Empire tried to maintain their defense, but the outnumbering attack forces put them down. The attackers were able to destroy the HQ.

Now, with the castle fallen, Equilibrium headed to NOVUS to attack, while Ascendance went to attack MurderKing. NOVUS couldn’t defend themselves against the fierce attack of Euilibrium. Their command post was destroyed within a minute.

Ascendance had a hard time with the MurderKing, but was able to push their walls to gain entry. They slowly managed to damage MurderKing’s command post while engaging their defending force. MurderKing was unable to defend against Ascendance, which led to the destruction of their command post.

For another week, KillOnSight reigns supreme over Valencia as no other guild stood to challenge them.