Ares takes control of Balenos for another week as no one challenged them. 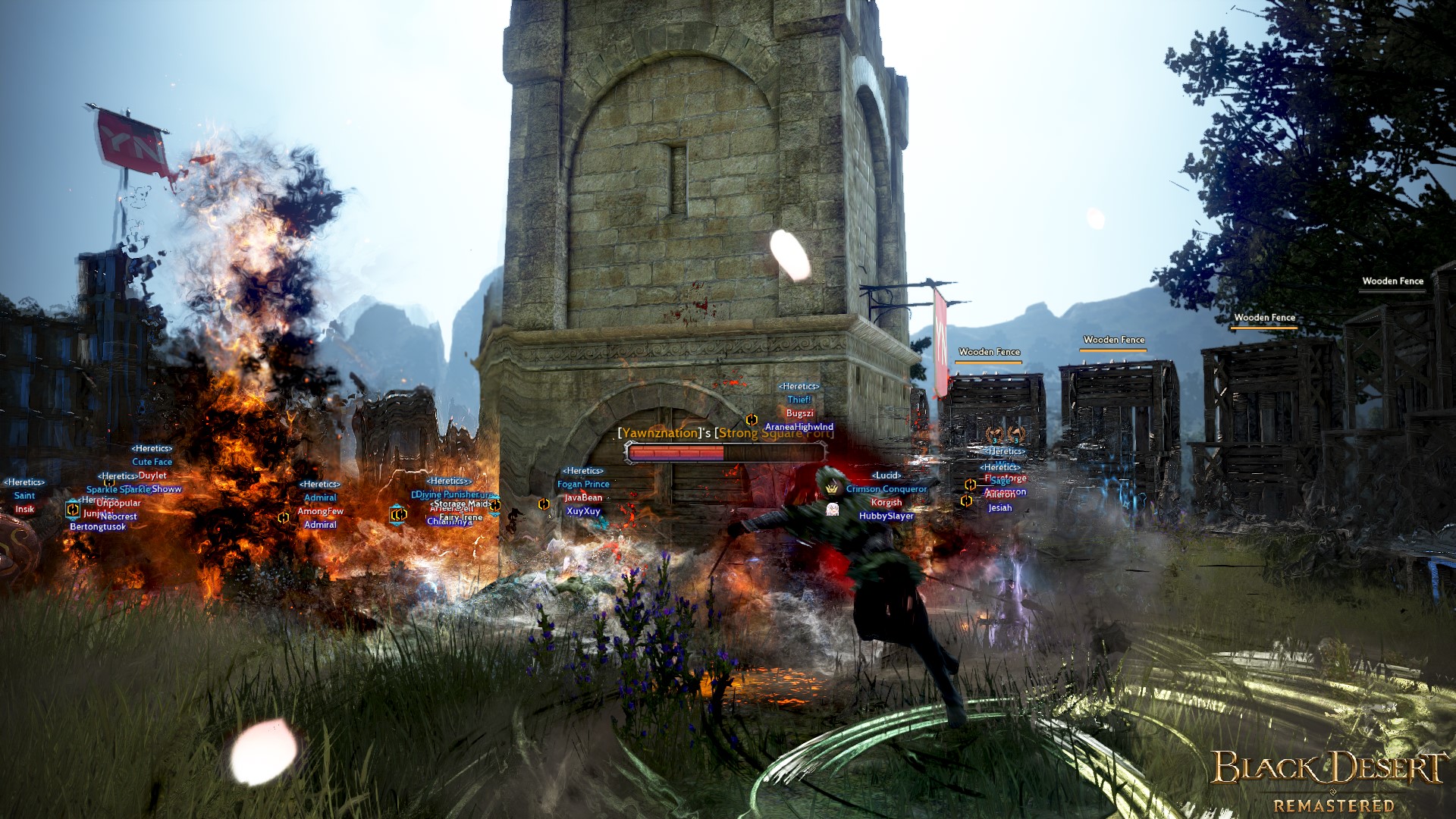 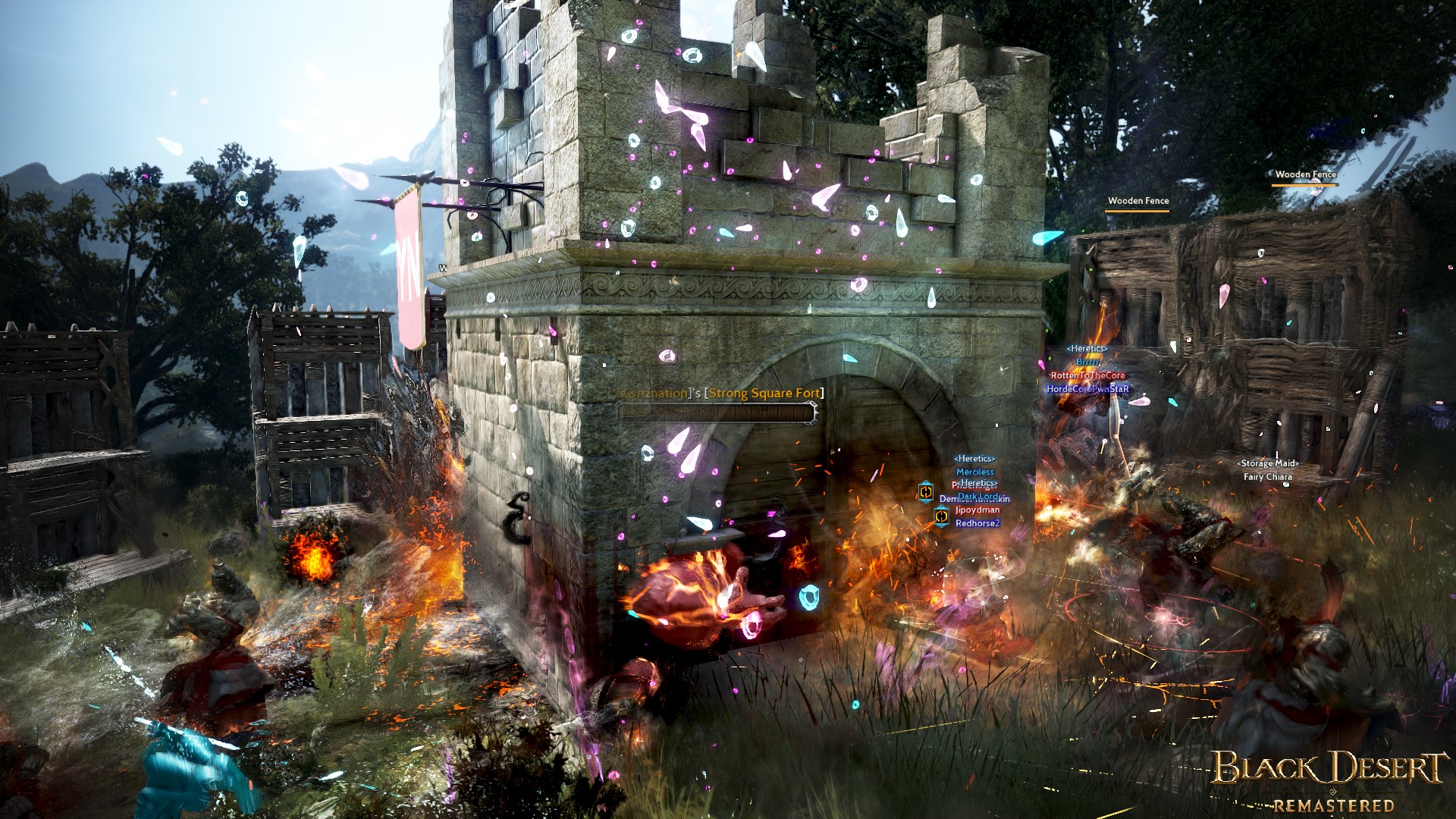 Lucid defended their claim in Serendia as they face off against Yawnznation and Heretics.

Heretics moved towards Ywanznation’s base as soon as the war started. It appeared that Yawnznation didn’t leave enough members to defend the base and was able to bring back only a few. Heretics took their advantage and immediately attacked Yawnznation's base to easily destroy their fort in the process.

Upon removing Yawnznation, Heretics didn’t waste any time and rushed towards Lucid's location. Other members from Heretics were already engaged in battle with Lucid.

Lucid tried to defend against the attack, but Heretics overwhelmed and took their defense down. Heretics moved forward as Lucid was unable to stop their advances. In just a few minutes, Heretics destroyed the fort and was crowned as the new conquerors Serendia.

Exile remains in Calpheon for another week as there were no opponents for this week. 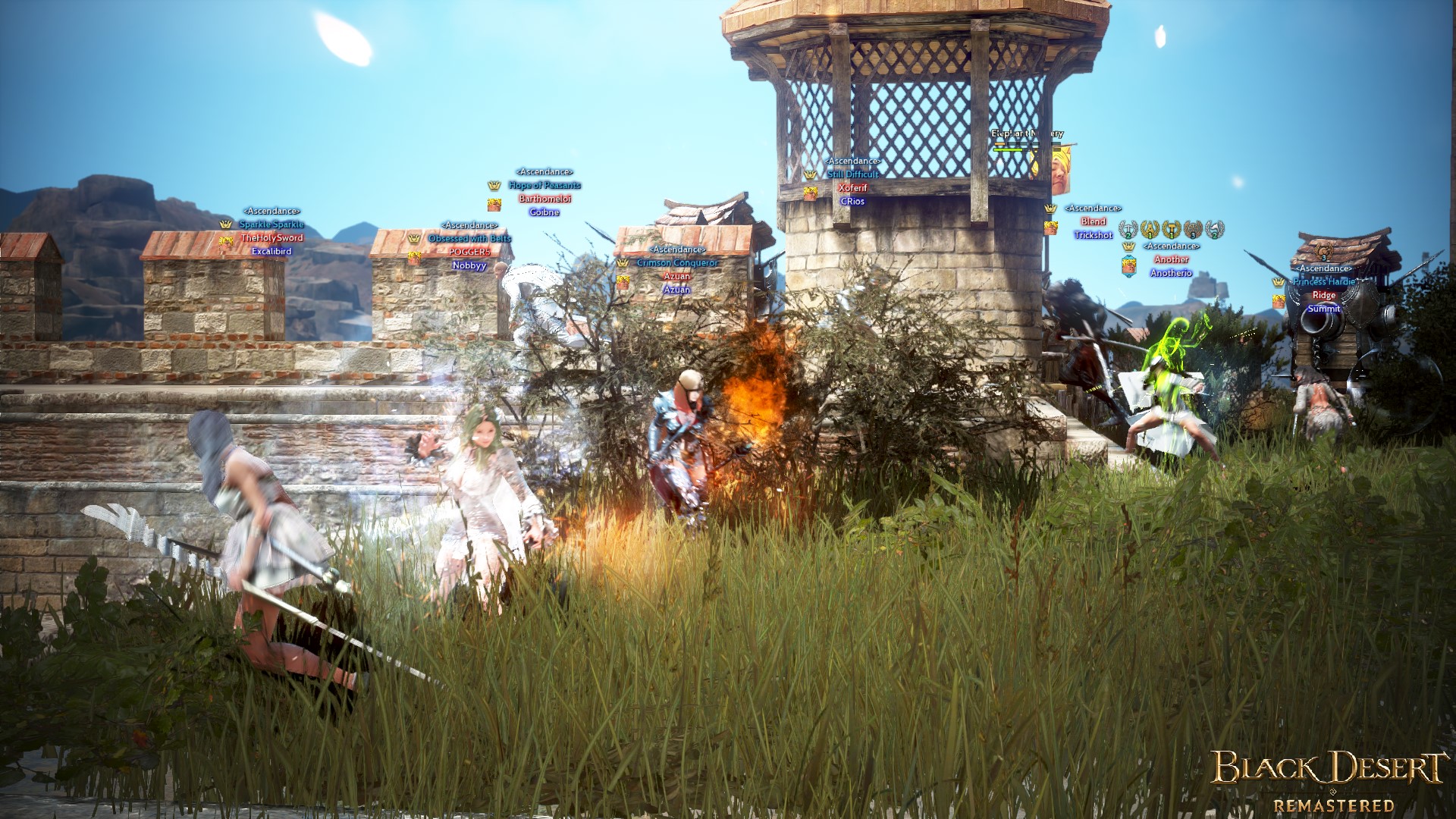 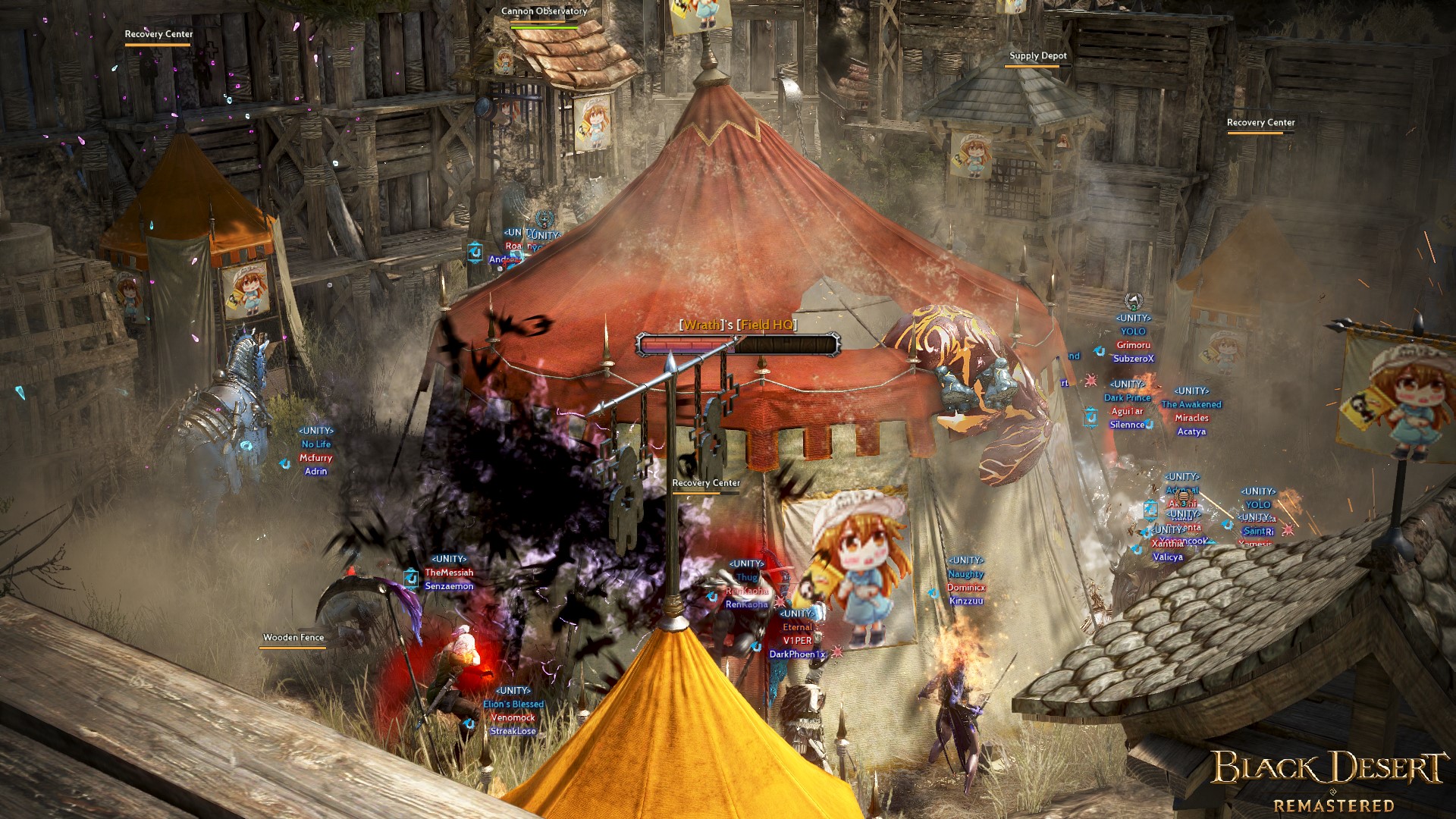 The battle in Mediah was between the previous conqueror Ascendance, against the challenging forces: Unity, Wrath, Garuda, and AinzOoalGown.

Ascendance had a tough battle from the beginning as UNITY, Wrath, Garuda, and AinzOoalGown combined their forces to attack them. The attacks of the four guilds came in waves as the attackers came one by one at a time until they destroyed the first gate. The four guilds continued their assault and did not give Ascendance time to mount their defense.

The alliance rushed in and wiped the defenders out as soon as the second gate fell. Only the Field HQ was left. Within a few minutes, UNITY took over and destroyed the Field HQ, removing Ascendance out of the war.

After taking down Ascendance, the remaining guilds retreated and regrouped at their respective bases to prepare for the next stage. UNITY's forces rushed to Garuda’s base and destroyed their command post in a few minutes as it was left defenseless. Wrath and AinzOoalGown were in the middle of battle when UNITY arrived at the new stage. UNITY drove back the two guilds, pushing Wrath to their nearby base.

After their battle with AinzOoalGown, Wrath was still regrouping their forces when UNITY came to continue their assault. Unity pushed Wrath back inside their base and wiped out the defenders and the command post within a few minutes. AinzOoalGown took their chance to prepare their defence while UNITY attacked Wrath. However, as soon as UNITY’s force were brought back together, they overwhelmed AinzOoalGown and destroyed their command post. 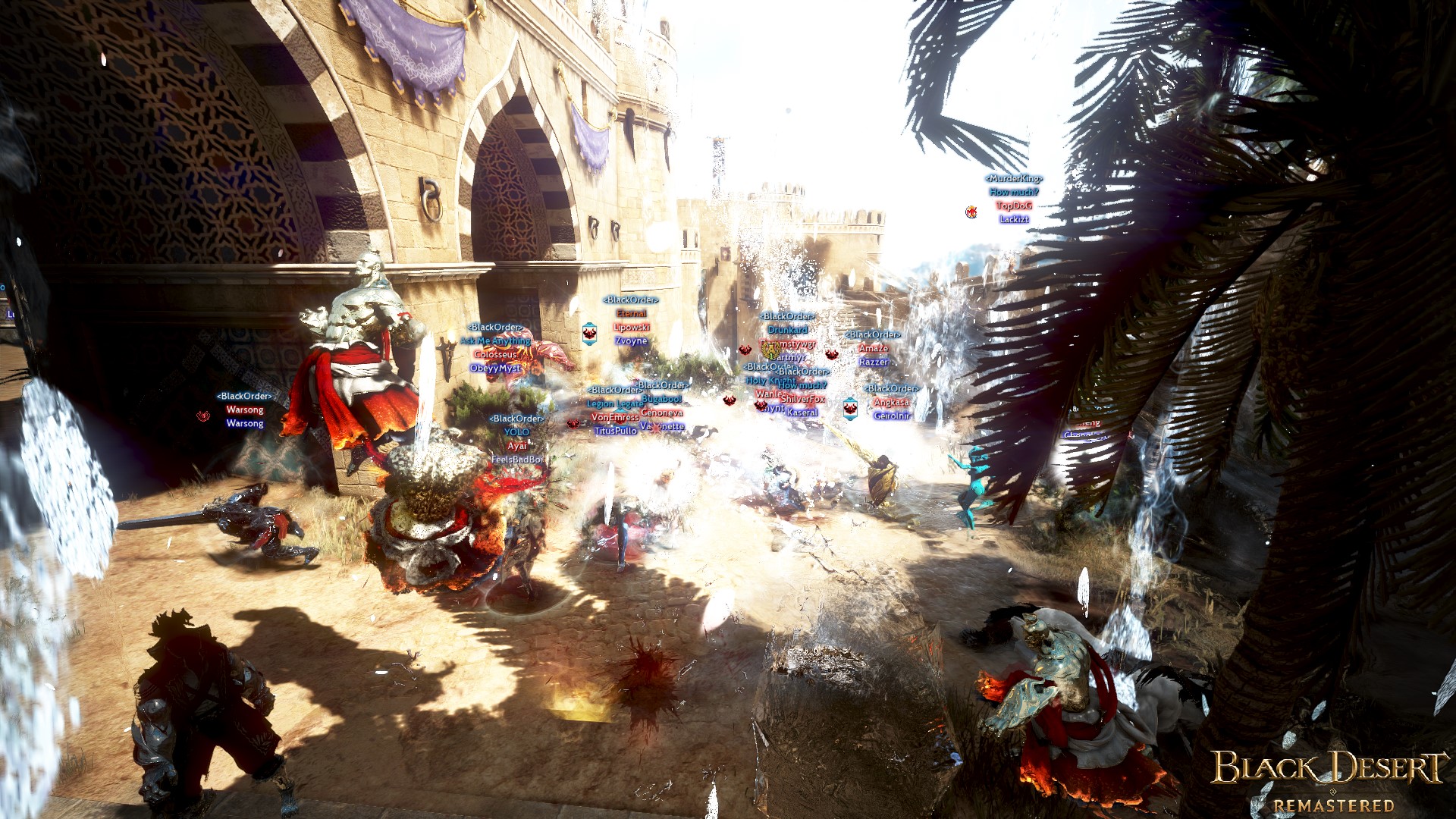 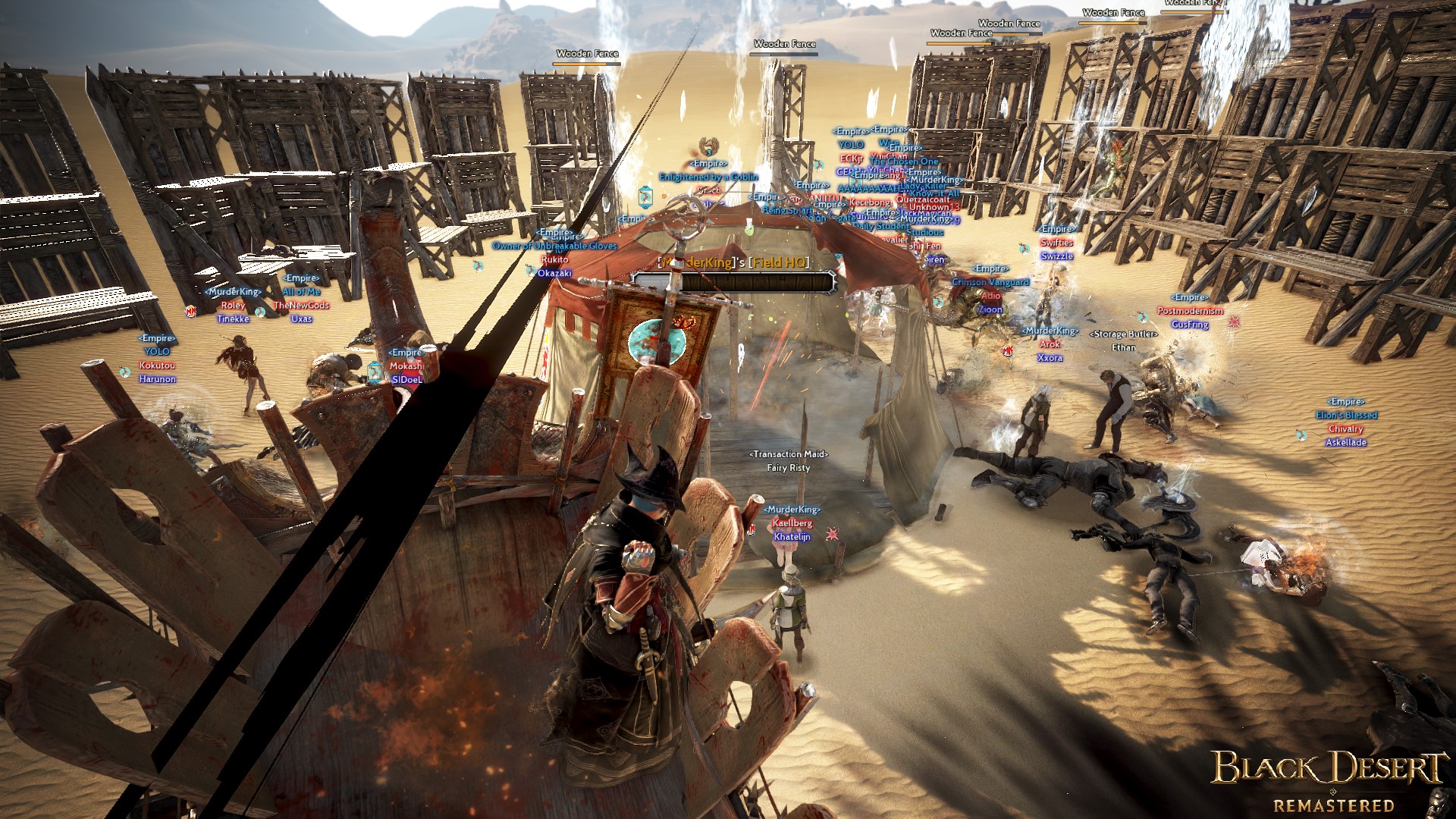 A large battle was brewing in the horizon as KillOnSight had contenders: Empire, NOVUS, Equilibrium, BlackOrder, and MurderKing.

The challengers, Empire, Equilibrium, BlackOrder, and MurderKing were seen to join forces to go on a battle against KillOnSight. They launched multiple attacks on the castle and pushed their way inside, but KillOnSight was able to successfully defend the castle. Even though the opponents were able to enter the castle as the first gate was opened, KillOnSight wiped them out as soon as they entered.

In the later stages of the war, KillOnSight closed the gate and trapped those that entered, forcing those left outside to attack the gate. They were able to maintain their defensive positions and keep their opponents from gaining any ground. The battle seemed to be on KillOnSight’s side. However, as the alliance continued their tactics, they were able to break not only the first gate, but the second gate as well. The massive attack overwhelmed KillOnSight and MurderKing to destroyed the Field HQ.

Once KillOnSight got taken out from the war, the four guilds went back to their respective bases and prepared for the next battle. The second round happened in two places as Empire attacked Equilibrium and MurderKing attacked BlackOrder. BlackOrder tried to defend their base against MurderKing, but MurderKing was able to wipe the defenders out and destroy the command post. Meanwhile, Empire was able to overpower Equilibrium's forces and gained access to their base and eventually destroyed their command post.

Empire stands victorious as the conquerors of Valencia.