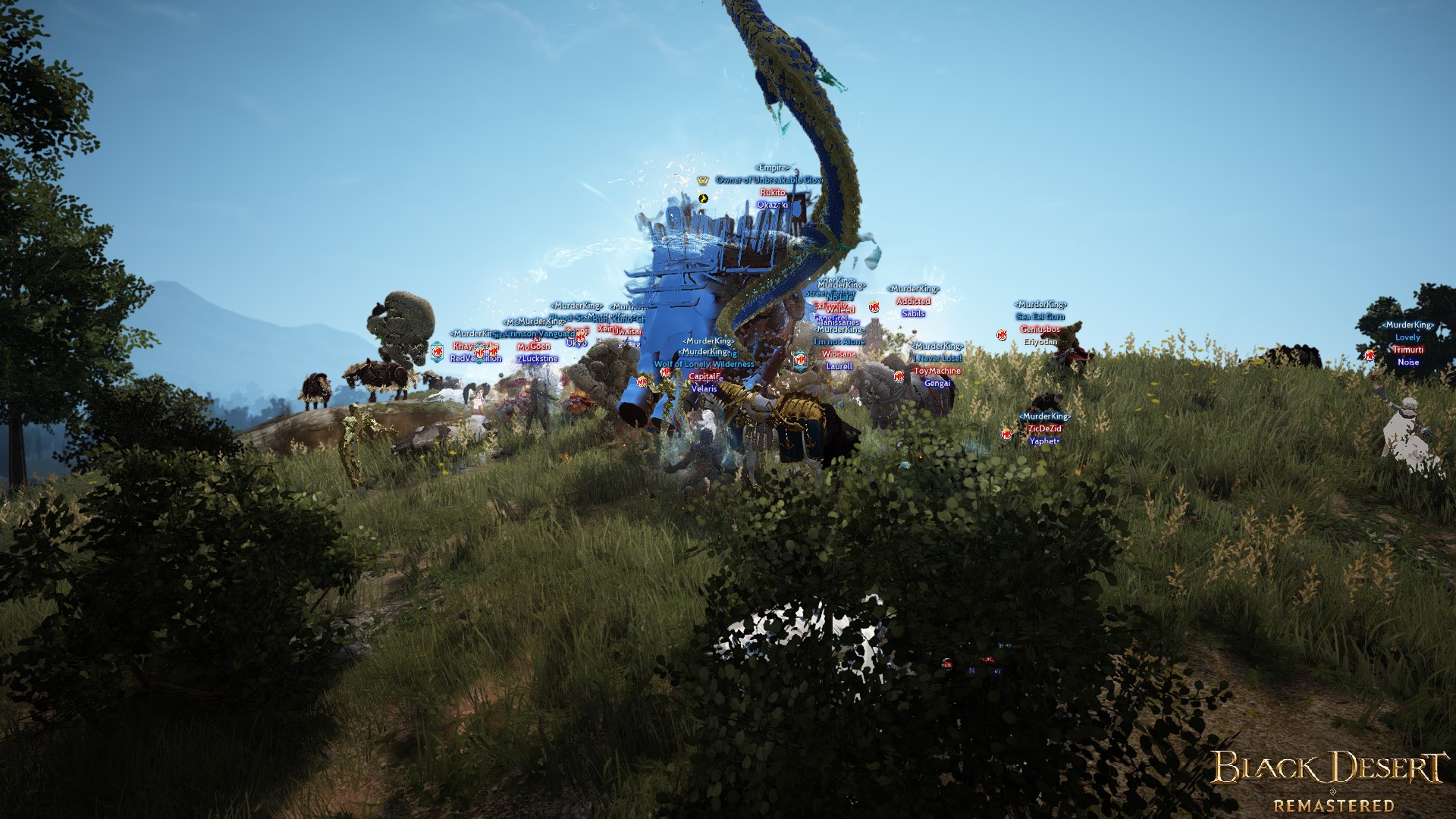 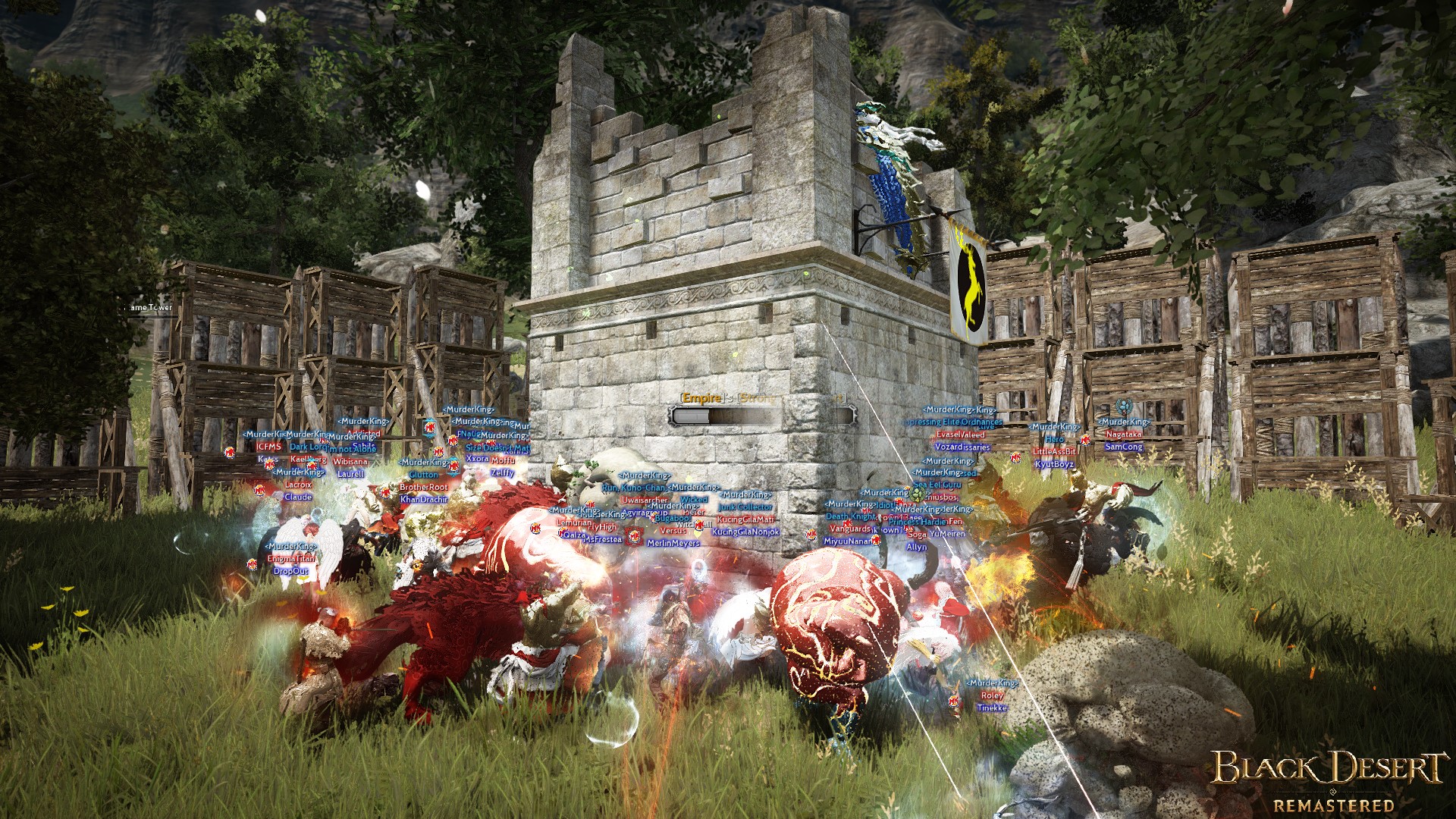 The battle between MurderKing and Empire continued on while AinzooalGown lost their fort. MurderkKing fell back once as Empire regrouped its forces with war elephants. However, they were able to push back Empire with their numbers. Soon, the battlefield appered to be in MurderKing’s adventage.

MurderKing’s vicious attack destroyed the walls and wiped the defenders. The fort was destroyed as Empire couldn’t defend it and allowed MurderKing to claim the victory over Balenos. 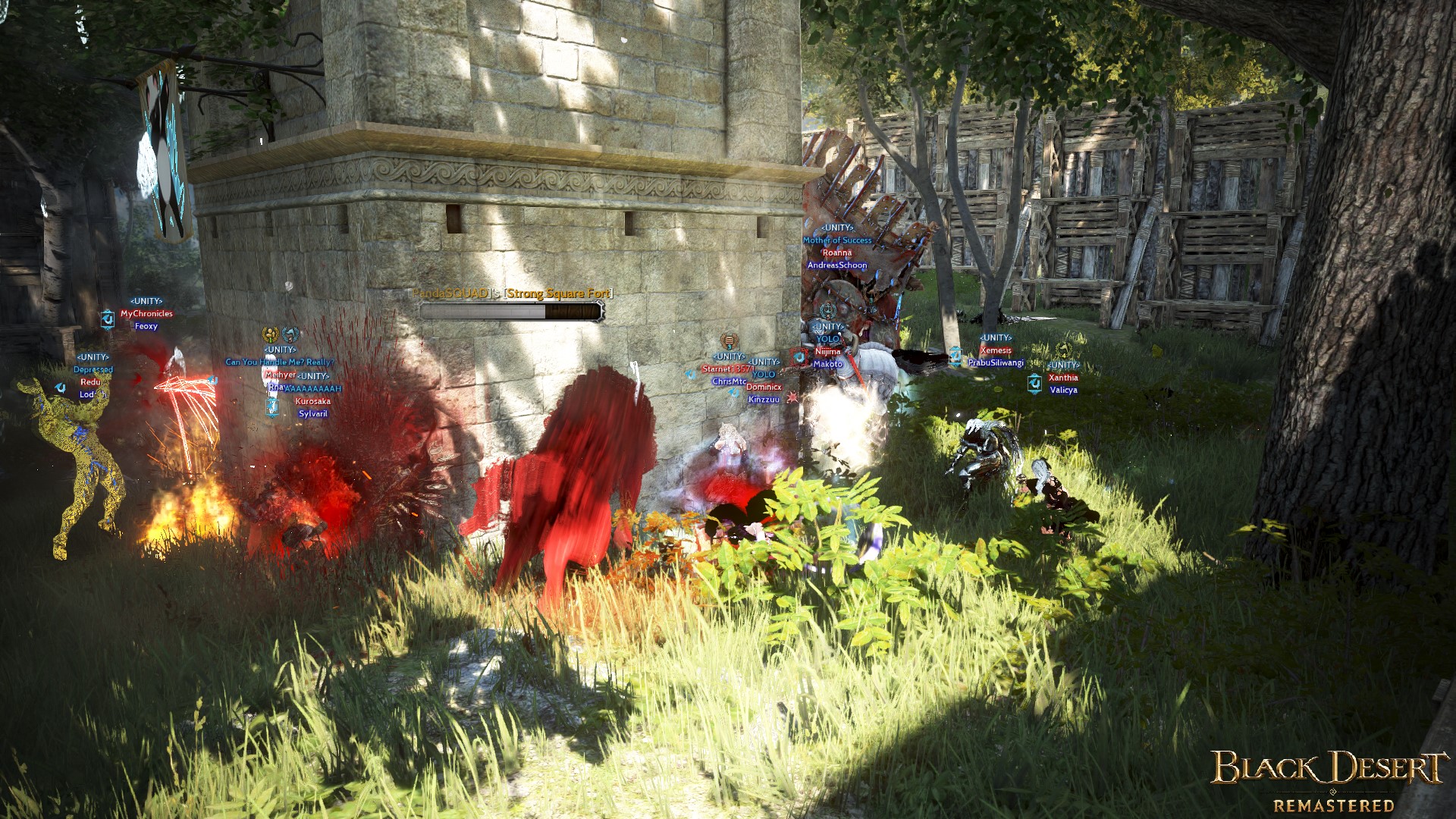 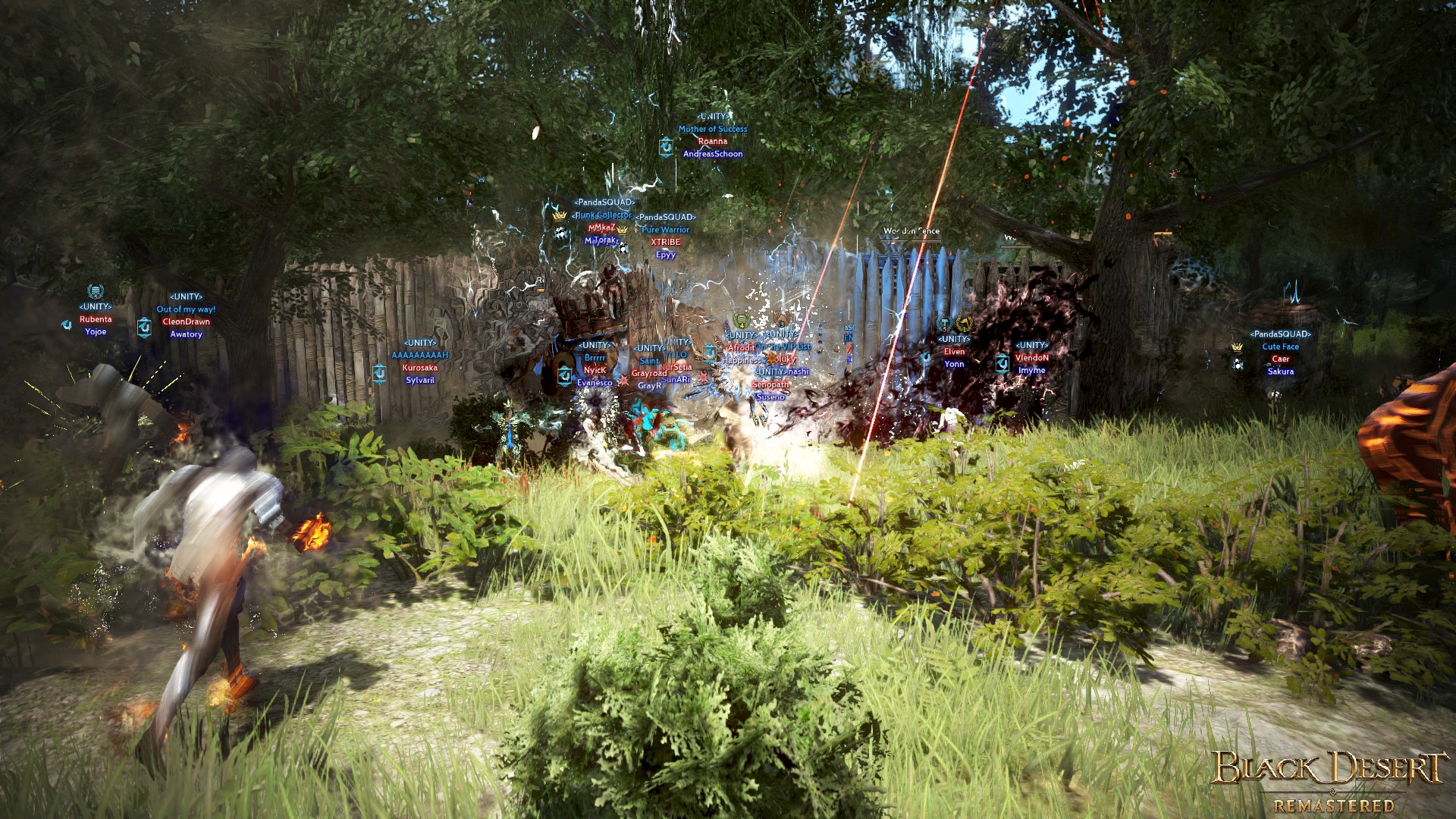 In this week's war, PandaSQUAD looks to defend their claim against UNITY, Heretics, and Garuda.

Garuda rushed to Heretic and broke the walls immediately as the base was left without any defense. The fort was destroyed after a few seconds.

On the other side of Serendia, UNITY went to attack the current conqueror, PandaSQUAD. Their attackers seemed to be fended off by PandaSQUADs defenders at first, but they regrouped again and continued the attack quickly. A section of the wall fell and allowed UNITY to gain entry to the base. It only took a few minutes for the fort to be destroyed by the hands of UNITY.

After taking PandaSQUAD down, UNITY went to their final target, Garuda. The base was left wide open without any defense when they arrived. UNITY took down the fort easily and took over Serendia. 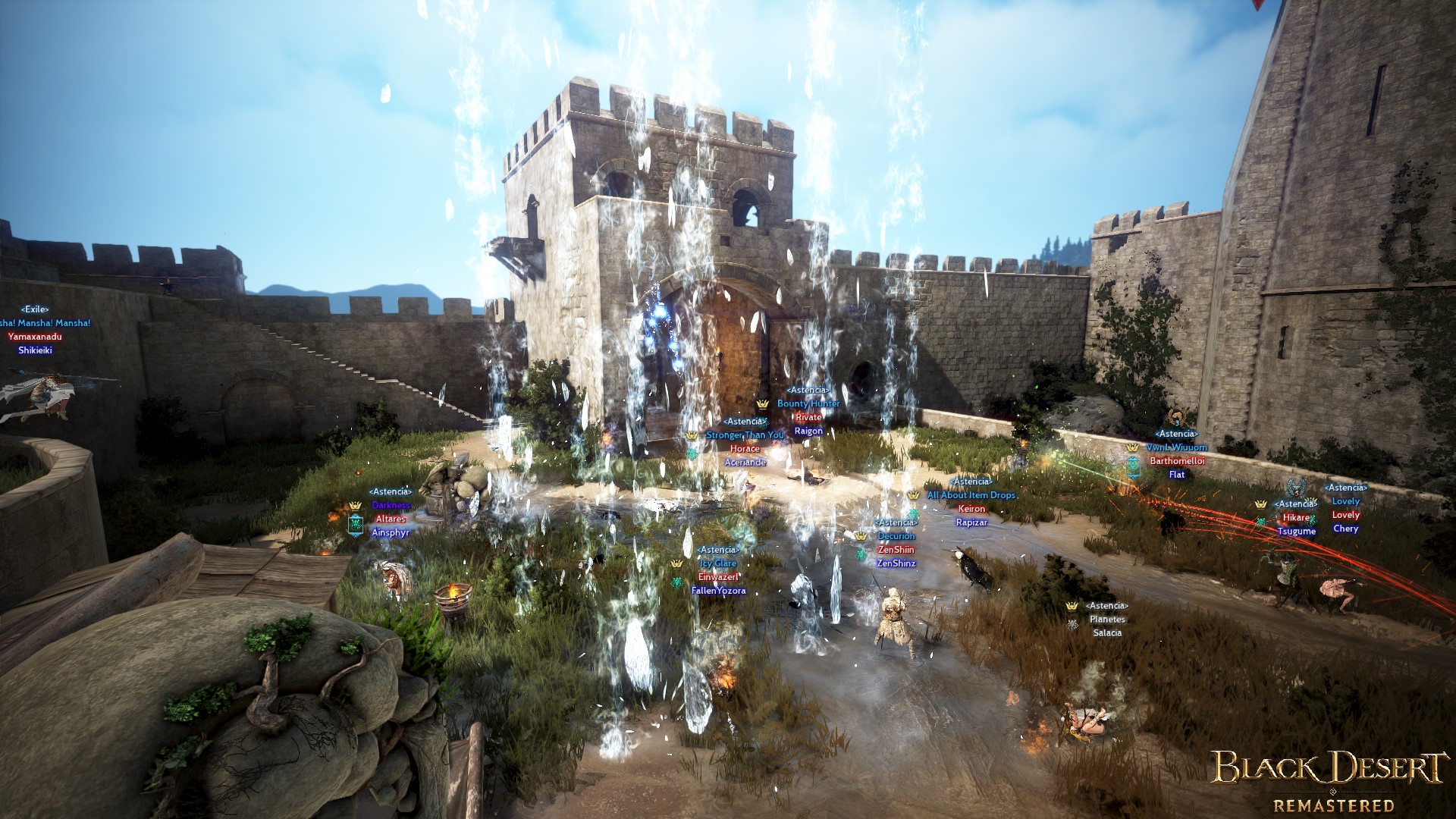 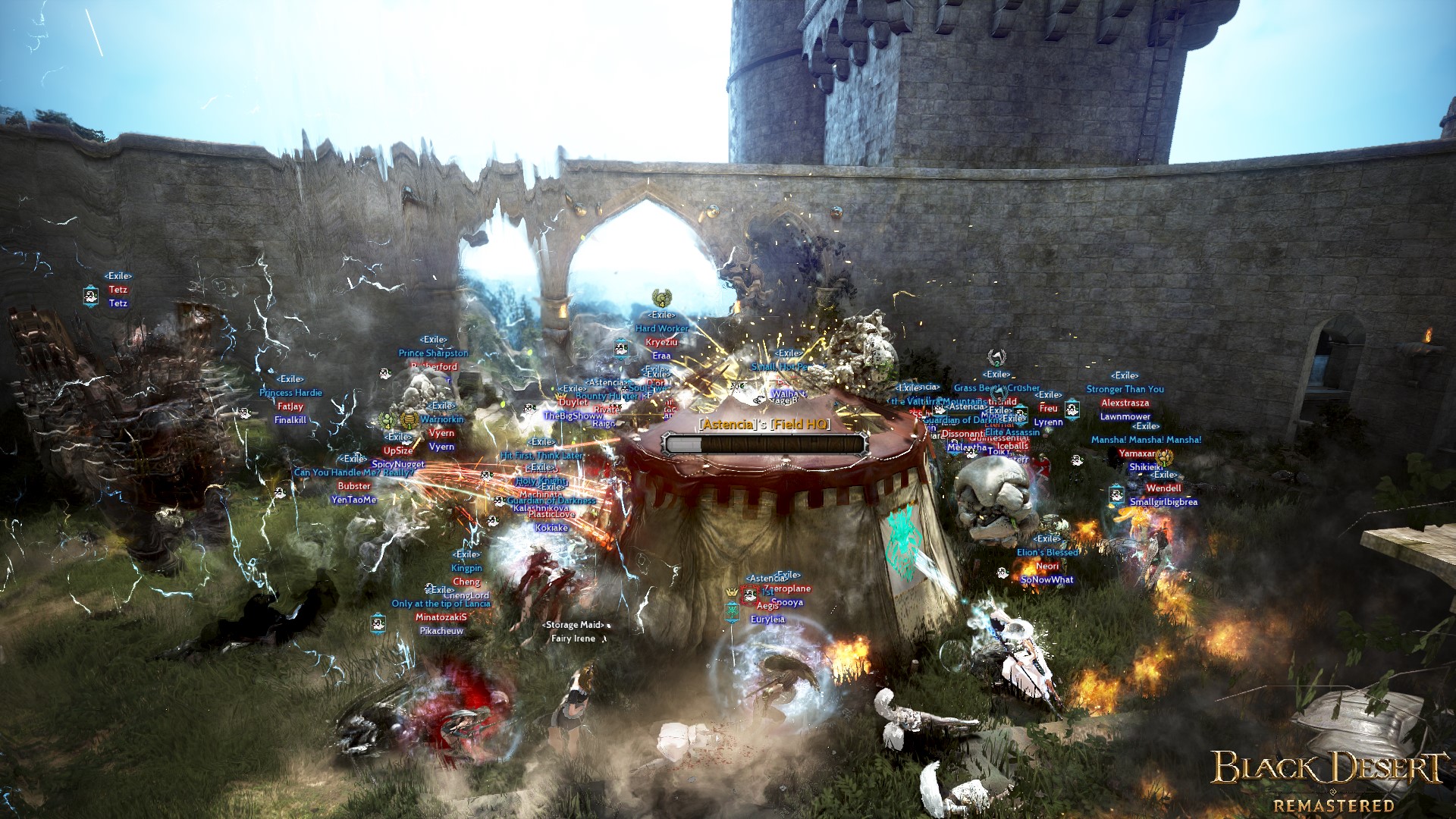 The battle at Calpheon sees Astencia taking on the challenger, Exile.

Exile was the first one to move to attack Astencia. They targeted the first gate as soon as they arrived at Astencia’s castle, but they were pushed back as their opponent had a solid defense.

The battle raged on and Exile continued the assault against Astencia. Astencia had most of their defenders focusing on defending the first gate. However, Exile’s outnumbering attackers took the advantage and destroyed the two gates one after another. They wiped the defenders and pushed them back all the way to the Field HQ.

As both Exile and Astencia did not draw back from each other’s attack, the battle lasted for another few minutes. It was Exile took down Astencia and destroy the Field HQ. 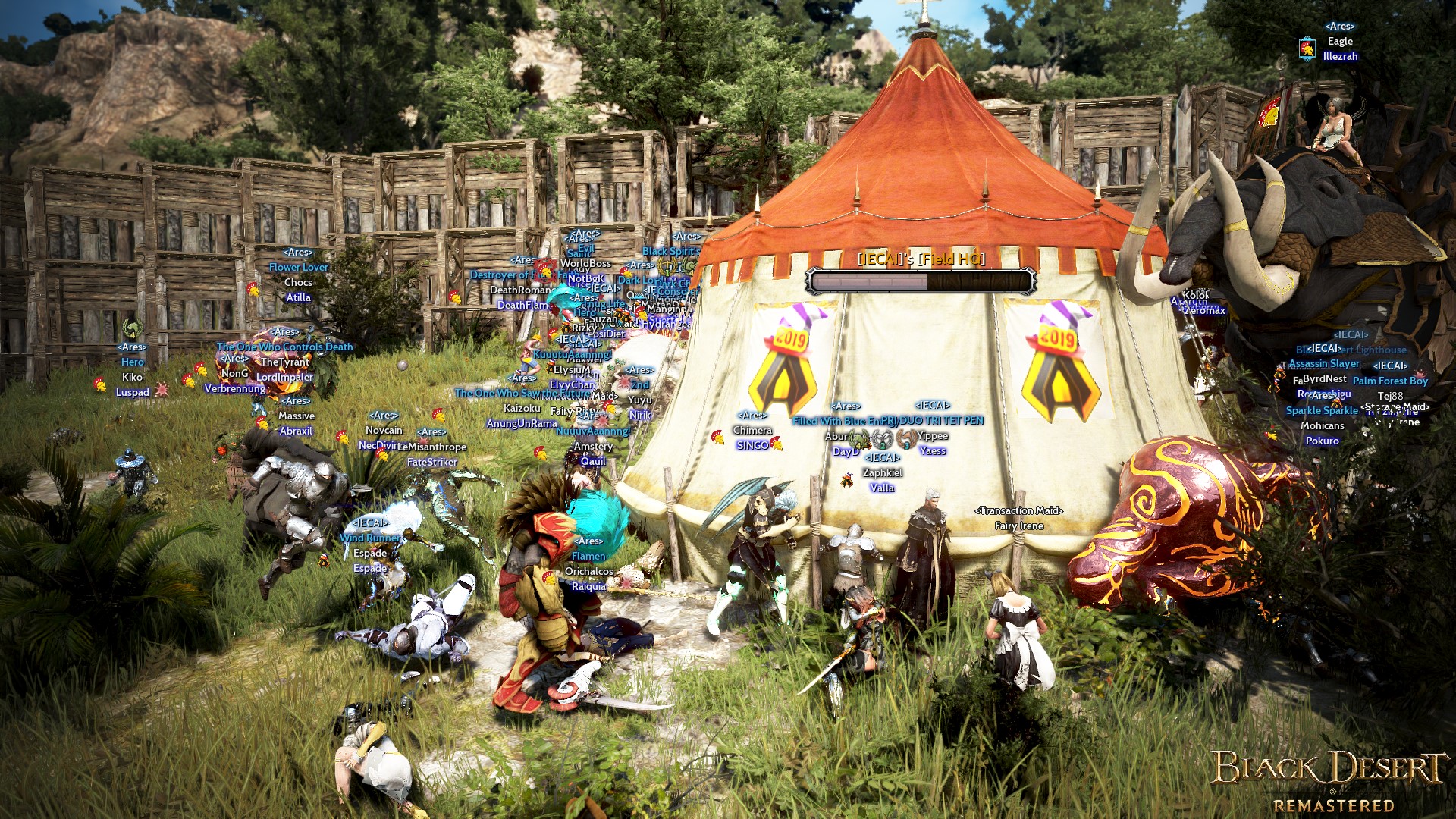 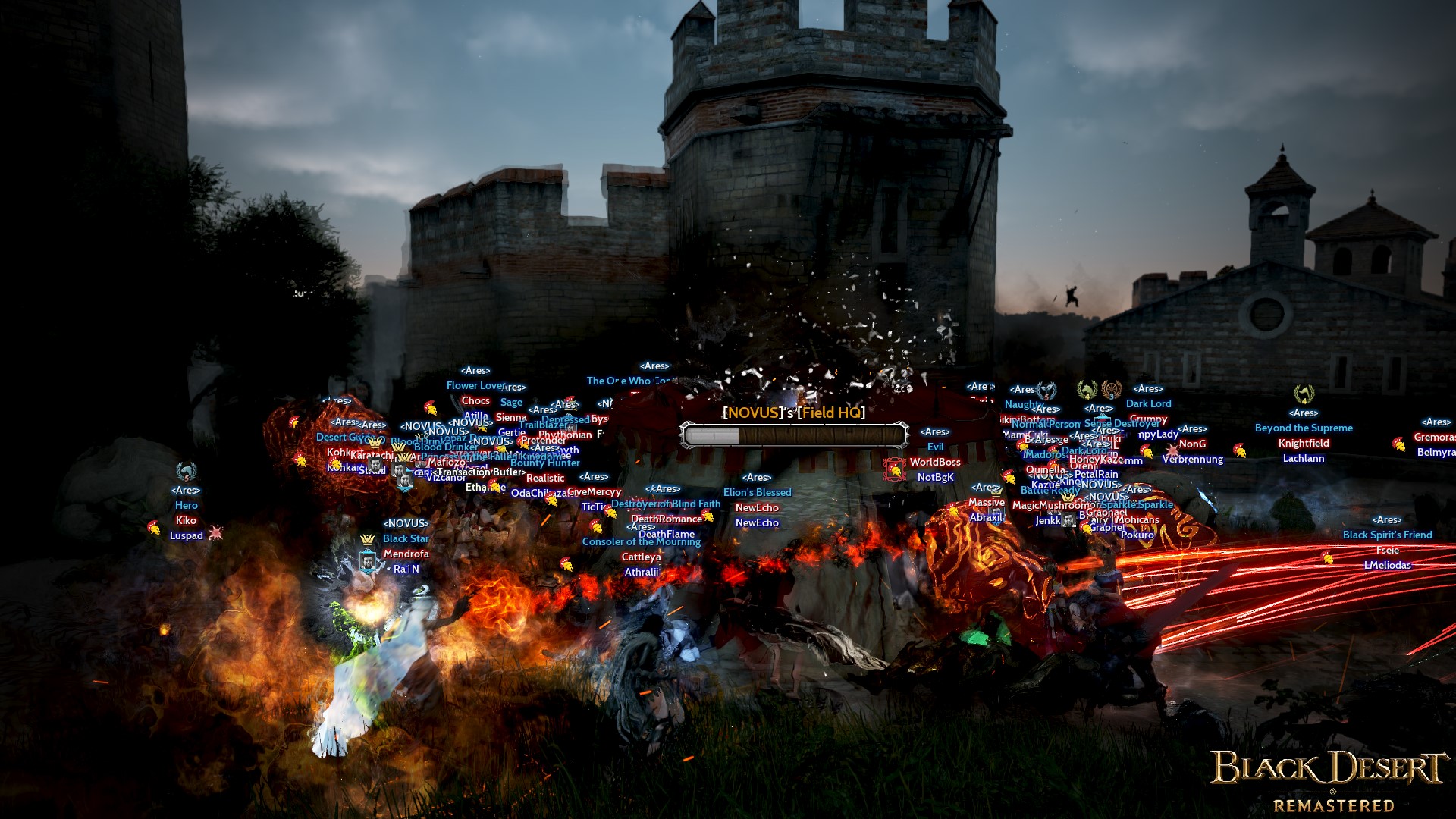 NOVUS prepares to defend their claim in Meidah against GODS, Ares, Ascendance, BlackOrder, and IECAI.

Once the war started, Ares went directly to BlackOrder’s base and targeted the walls upon arrival. They pushed back the defenders with their outnumbering attackers and breached the walls to gain entry. BlackOrder couldn’t survive against the attackers and eventually allowed their command post to be destroyed.

Ares then moved to their second target, IECAI, where Ascendance came along to attack the other side of IECAI’s walls. IECAI divided their forces to prevent the two guilds from gaining entry, but they were unable to completely block them. One section of the wall got destroyed and both Ares and Ascendance advanced inside. Ascendance was the one who dealt the final blow to destroy the command post.

After taking down IECAI, both Ares and Ascendance moved together to Mediah castle where NOVUS stood. It was Ascendance who made the first move to attack NOVUS. NOVUS successfully blocked the attacks this time, but eventually fell as Ares started their attacks alongside with Ascendance. It was only a matter of time before NOVUS fell as the gates were destroyed. The vicious attacks from the two guilds were unstoppable and once more, Ascendance destroyed the Field HQ.

The final battle in Mediah was between Ares and Ascendance. Ares was already attacking Ascendance’s base as they moved to the location right after they took down NOVUS before. They continued attacking the defenders, but Ascendance didn’t allow them to enter the base easily. The clashes between the two guilds lasted for a while until Ares finally pushed their opponents, took the advantage, and entered the base. Soon, Ares succeeded in wiping out the defenders and destroyed the command post.

Another week passes and KillOnSight remains victorious as they are unchallenged.