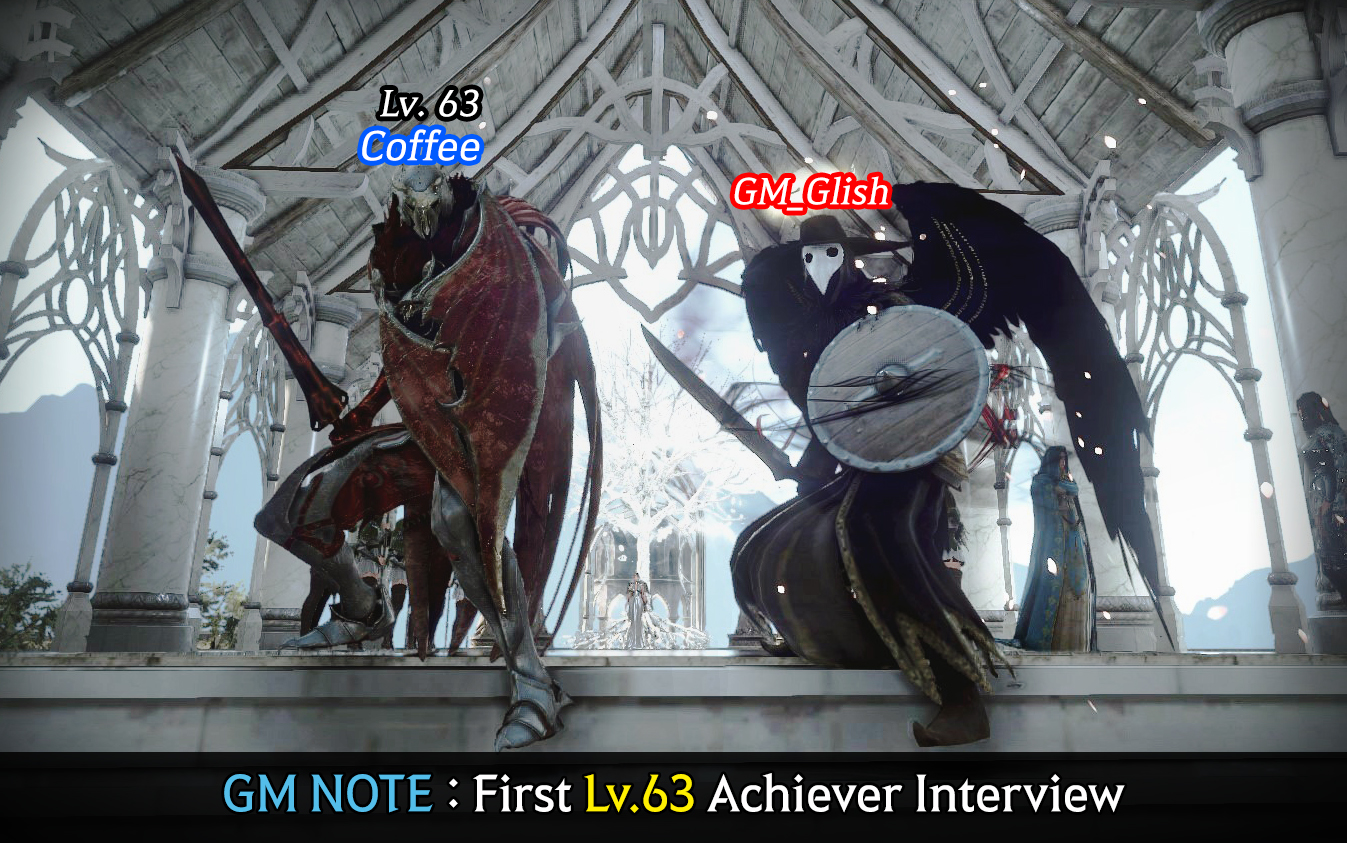 Today, we would like to introduce you to Coffee (Excelso), the first Adventurer to achieve Lv.63 on the SEA server.

Coffee (Excelso) was gracious enough to accept a small interview with us about his achievement. 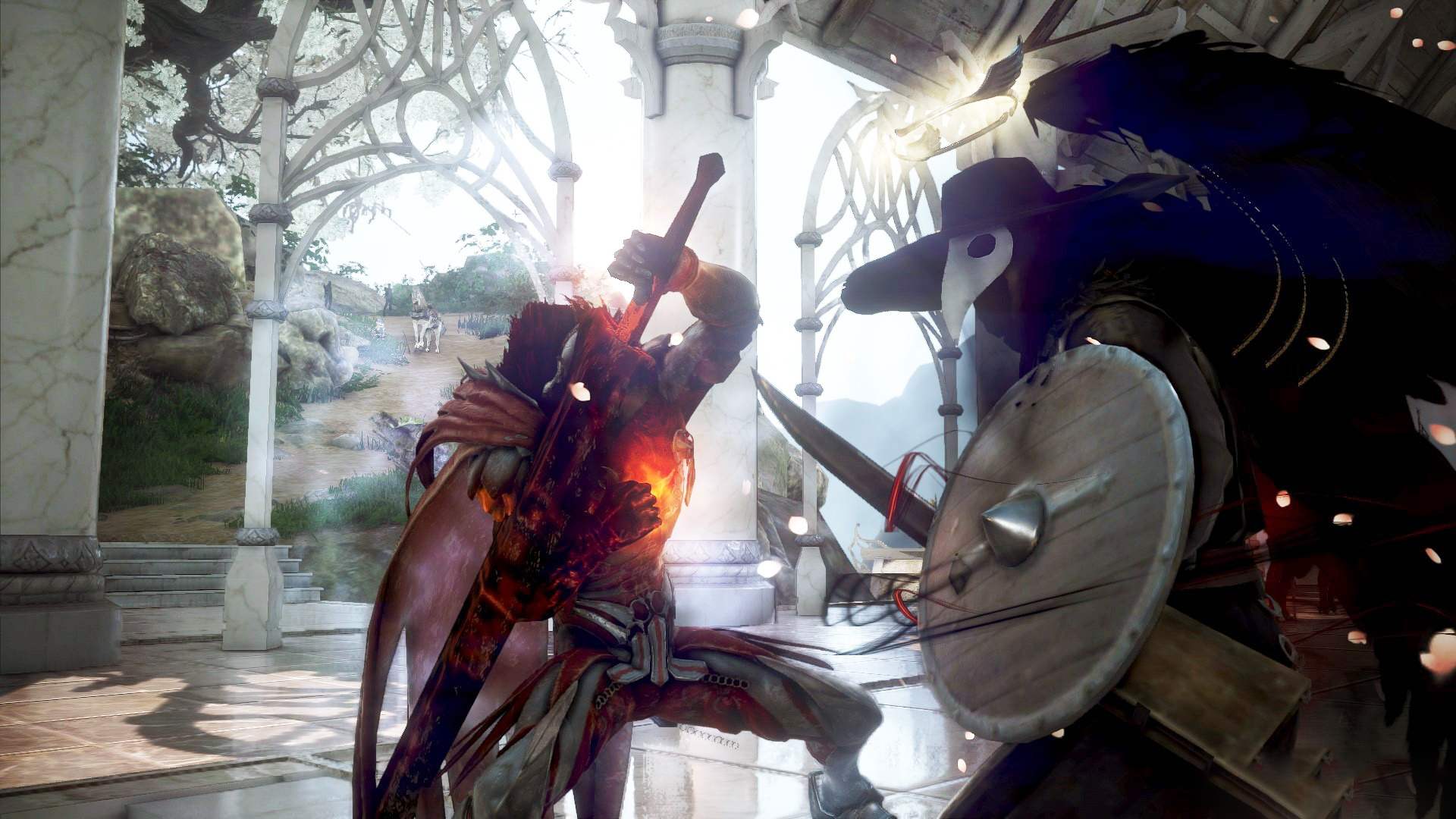 Q. We are truly excited for your achievement. How do you feel being the first one to reach Lv.63?

A. To be honest, at first, I didn’t have any plans to be the first one to reach Lv.63. I just like to play PVE, and to gear up when I had the time. After realizing how good the combat exp was from Mirumok, I changed my mind on trying to become the first Lv.63 about 2 months ago. It felt hopeless seeing the growth of the previous top Adventurer. The gap between seemed too far, but I wanted to at least try. Then I saw I could actually do it, and when there is a will, there is a way. The hardest step ended up being the first one.


Q. Next question, what were the techniques that helped you the most?

A. There were three rules for me. Rule one was to always look for Golden Bells by changing servers. Second rule was to solo grind, don’t depend on party hunting. Third was to consume Simple Cron Meals, and Beast Draught nonstop.


Q. How long did it take you to reach this level?

A. Before Awakening was in the game, the first class I played was Ranger. I had thought Ranger was overpowered before Awakening, but when Awakening was later added, I couldn’t adapt to the new combat style. Soon after, I rolled a Warrior for its higher survivability in combat, and that’s my start.

Q. Among the other Adventurers, did any motivate you to reach Lv.63? If so, may we ask who they are?

A. My old guildmates from Empire helped me a lot. They were very supportive and kept cheering me on Discord. They even used Golden Bells hour after hour so I could level up. Big thanks to them <3.


Q. Do you want to leave any message for your friends at Empire?

A. Big thanks to Chas, Cedric, Riezzy, Alice, Model, Cern, Arabel, and others who kept popping the Bell. Your support, motivation and Golden Bells really means a lot to me, especially the bells *laughs*.


Q. Besides the 3 items mentioned before, are there any other items you would suggest to Adventurers for leveling up like you did?

A. Sealed Book of Combat, Value Pack, Pets with Combat Exp +5%, and EXP bonus from wearing a Pearl Outfit were all mandatory. Also, keep burning EP for Combat Exp+. 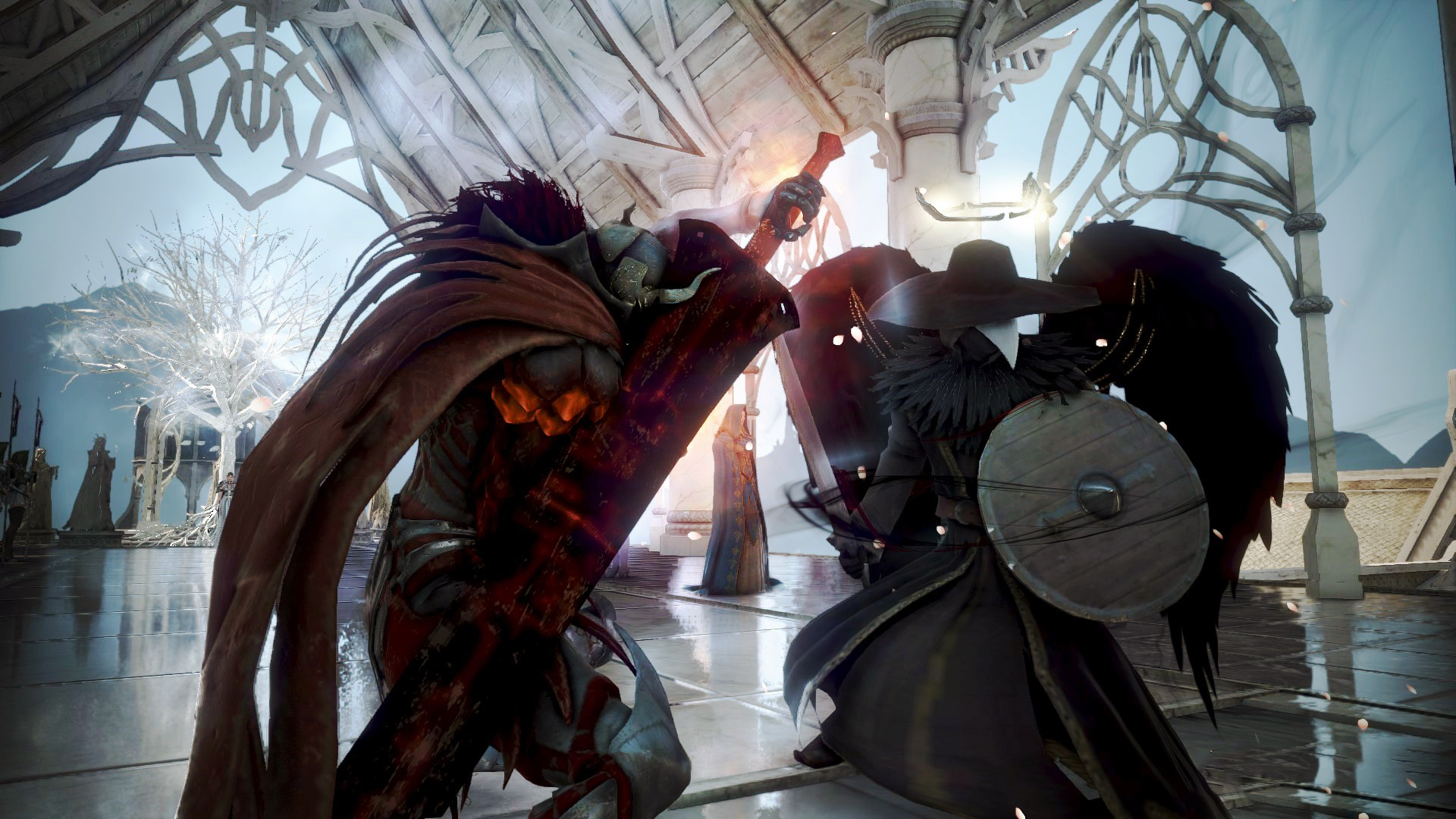 Q. On the topic of suggestions, do you have any specific grinding locations to suggest?

A. So far, Mirumok is the best for solos from my tests. I’ve heard that Gyfin can give better EXP as a party, but it’s not effective for solo. Also, you need to use elixir buffs, EXP, Fury, Melee AP enhancer, and perfume non-stop.


Q. Do you have any advice for Adventurers who may be struggling in those areas?

A. If you want to grind Mirumok, you have to be at least soft cap. If not, it is mandatory for parties to bring party elixir buffs such as Griffon, Fury, and etc. If you are a solo player, then you’ll have to go to Ronaros with Marni’s Stone for levels, and Navarn Steppe for Silver. I haven’t grinded Manshaum, so I can’t give advice on that area.


Q. What else do you plan on doing in Black Desert apart from grinding to level up?

A. I plan to attempt horse training, because I’ve heard that there’s gonna be a big update for it. Also, since the price for horse tripled, I think it will be a good way to make Silver through Life Skills. Plus, I want to try for Tier 9 horses, especially Pegasus, since I sold mine. I’m also waiting on Doom, got materials saved up for my attempts.


Q. Reaching the next level will be a challenge as well, will there be any changes your approach?

A. Not really. I’m just enjoying the grind at the moment, but when my Combat EXP reaches 70%, I might really push again. Same approach as before: playing solo, changing servers for Golden Bells, and grinding Mirumok while using all the available EXP buff items.

Once again, thank you Coffee (Excelso) for joining us for this interview, and congratulations for being the first Adventure to reach Lv.63!

We wish them good luck on their journey to reach the next level.


Adventurers, we appreciate the time you took to read this interview. Hopefully it helps to improve your leveling experience in Black Desert. As always, we look forward to your participation in our events, and we will strive to provide you with even more events in the future!

View list
Comments 39
Charmil
Lv. 61
Wow! Awesome! Congratulations, Coffee ~ ^_^
LilyBaudeclaire
Lv. 59
Huge congrats, Coffee!
Strygwry
Lv. 61
Joki aja bacot kau pantek
The post was deleted.
Froxite
Lv. 57
Gz bro, you got a good pilot to level up.
GusFring
Lv. 62
COFFEE MY IDOL <3
Crucio
Lv. 62
Proud to be your guildmate!
Urquhart
Lv. 62
AWKOWAKOWKAOWWA JOKI NEHHHH
Ashen
Lv. 62
Ya good job to all of your pilots. How many was it? 6? 7?
AkiraYuu
wow..., gratz
Narreix
Lv. 62
Kyaaa, Gratz coffee oppa <3 <3 <3
Graham23
Lv. 61
Congratulations.
Leozor
Lv. 62
thanks Coffee You inspire me! I'll drink more coffee too to stay more awake in the game!
Flashwing
Lv. 60
GRATSS DUDE , THE REAL GOD GAMER
AoiNanase
Lv. 61
A : Next question, what were the techniques that helped you the most?
B : EZ, become no life
KamiNoArashi
Lv. 59
GZ Coffee!!
Dear GM, please give him a special outfit to congratulate his effort on becoming the first level 63 player in SEA server!
Xynentia
Lv. 61
meanwhile here i am 61 and full life skills .....
and we dont have anykind of "capotias" thing with our master 20 and gurus lifekills... just icon.
give us something at capotia level of progressions
RandomGuy
Q. Next question, what were the techniques that helped you the most?
A: Using a good piloting service of course! Couldn't have done it without them,
Pascale
Lv. 62
Hope it's not a pilot's hardworks that GM was praising about
Lufores
Lv. 61
Congrats dude!
CroCk83
Lv. 61
Joki mah ez ga ilang ginjal
Hopeless apanya
MementoMiron
Lv. 62
Kirito solo mirumok till 63
Firga
Lv. 30
nice
The1st
Lv. 62
Noice. When I'm done my gear, Ronaros, here I come
Nsult
Lv. 61
So, I assume that you didn't even took a coffee break..ok I get it..