Doom, the long-awaited Dream Horse, emerges from the darkness.

Known as the rising flame for its ability to control fire.

Doom is attack oriented that can use powerful attacks and burst forward at high-speed.

▲ Doom emerges out of the darkness

There were two sisters that were loved by the forest and wind.
They were welcomed everywhere and admired for their beauty.
But was Doom different.
As the wielder of fire, her body was the color of ash with streaks of red flames.
She did not possess wings to soar through the sky nor a horn to boast.
Still, there was an even bigger problem.
Fire would spread whatever Doom’s hooves touched.
Doom tried to control the fire, but the flames would engulf everything in a matter of seconds.
Only her two sisters could come near Doom and survive.

While the two sisters were loved for their respective traits, Doom used every ounce of her strength to stay under control.
Doom decided to isolate herself. She kept her distance from the rest of the world so that others won’t get hurt.
Doom grew increasingly lonelier as her two sisters ventured farther out into the world.

Then one day - Hadum - the god of Darkness, visited Doom as a snake.
The snake told Doom that there was someone waiting for her past the gates of hell.
Doom believed those the snake’s words.
Or rather, she wanted to believe them.
Thus, she left her mother’s side for the first time and headed to hell.

Doom ran and ran to arrive at the gates of hell.
Horrifying noises came out from beyond the gates, but she leaped in without hesitation.
She ignored all the pain and kept on running.
A great deal of time passed, then Doom realized the truth.
There was no one waiting for her.
She had been deceived by the snake.
Doom no longer had reasons to stay.

Doom tried to return to the world.
However, the gates that she passed through earlier were closed shut.
She smashed against the gates several times, but the gates would not budge.
Doom had always suppressed the power she needed.

Doom fell deep in thought and realized she did not need to hold back in this firey-place.
For the first time, she used her full strength to smash the gate open.
The gates shattered into pieces by the massive explosion and Doom felt free for the very first time.

Doom had an epiphany.
Her power wasn’t meant to be suppressed, it was meant to be wielded.
Doom returned to the world enveloped in brilliant crimson flames and black smoke. 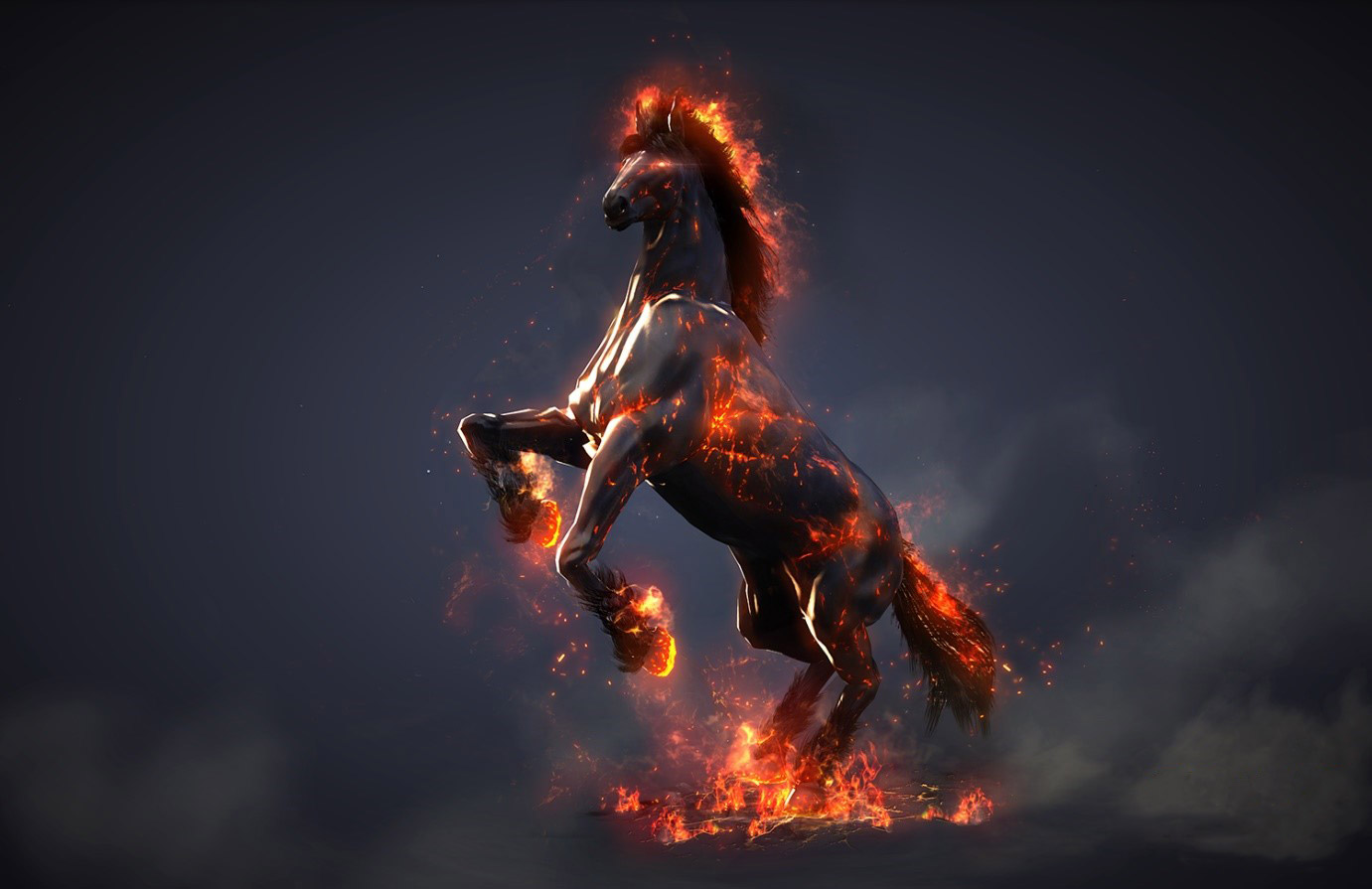 - S: Charge: This skill allows you to use charge twice in a row. It hits a larger area than the normal charge with a powerful blow.

- Double Jump: This skill allows another use of jump while in mid-air to reach even higher heights. It can only be used once Streak Leap and High Jump are learned.

- Doom the skills Courser’s Spirit, Double Jump, Dark Flame Steps at Lv. 1 and has a chance of learning the skill Dark Sprint.

- Dark Flame Steps: This is a powerful melee attack that inflicts fire damage to nearby enemies.

- Dark Sprint: When this skill is used, it damages enemies nearby. The damaged enemies will be set ablaze.

After learning the skill Dark Sprint, enemies will be damaged even when using S: Instant Accel.
- Two-seater: Doom is the only Dream Horse that has the chance to learn this skill.

◈ How to get Doom
- Doom can be acquired by training and awakening a Lv. 30 Tier 8 Courser through Gula, the NPC at Stonetail Horse Ranch.

- When the combined training level for Skill, Elegance, and Strength is at 200%, then you can attempt an awakening.

- You will also need ‘Krogdalo’s Origin Stone’ x1 for an attempt.

- If the awakening is successful, then you have a chance of getting one of the following: Doom, Diné, or Arduanatt.

- If the awakening fails, then the training levels will reset, or you can use Cron Stones to preserve half.

- Learn more on how to awaken Dream Horses from the Game Guide.

Adventurers, we look forward to you going on meaningful adventures together with Doom.

Next time, we will be back with more enjoyable and delightful news.