On January 18th, the Voice of Adventurers IV : Kamasylvia’s Blessing was held in Bangkok to celebrate the 2-Year Anniversary of the Black Desert Thailand server.

The developers of Pearl Abyss came to visit and took this chance to listen to the voices of our Thai Adventurers in-person.

I bet you're curious to what sort of questions the Thai Adventurers asked and what replies the Pearl Abyss developers gave!

I want more types of Pearl Outfits, especially for Shai! Why can’t outfits for each class be updated at the same time?

A.. We plan to make Succession available for Trial Characters once all classes receive Succession.

At the start you could only breed up to tier 4 horses, now there’s tier 8 horse with the skill S: Instant Accel and Dream Horses which have a variety of skills. In addition, we even expanded upon the Sky Balloons letting you freely travel between major cities, but we are aware this may not be enough to satisfy our Adventurers. So recently, we started looking into different ways of traveling, while keeping every possibility open, including the many methods our Adventurers have consistently suggested.

We will continue to examine how we can add new ways of traveling, so our Adventurers can comfortably travel throughout the world of Black Desert.

One of the new regions we’re preparing is O'dyllita—where you can glimpse into the Ahib that were chased out of Kamasylvia due to their frantic vendetta and the secrets behind its once arid land.

In addition, the Turo with their rugged bodies and cow-like heads, powerful golems powered by ancient technologies, and the Ahib - consumed with the goal of conquering Kamasylvia and headed down a darker path. We’re also preparing new boss gear that’s similar to Blackstar weapons. You can see the appearance of the Blackstar defense gear below. 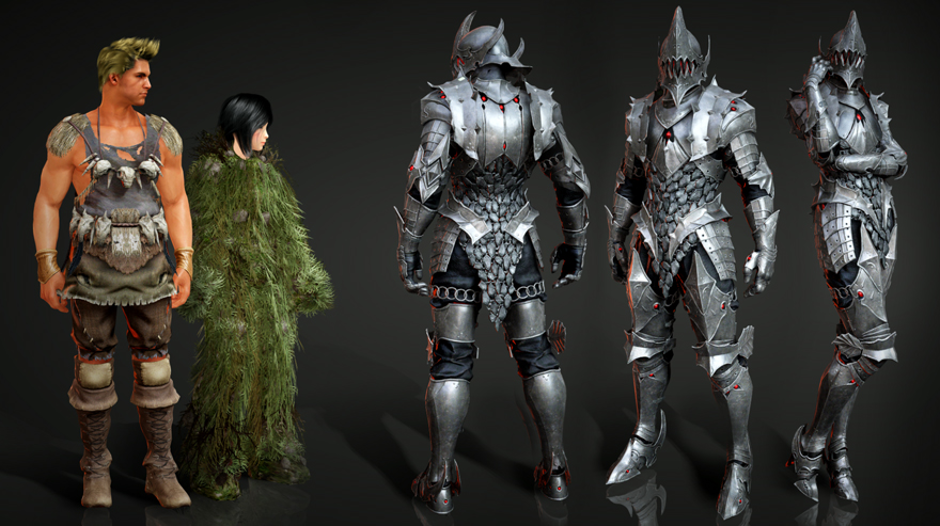 We’re also making sure to prevent the disappearance of the use of existing gear even if new gear is added, such as with Giath helmet and Griffon’s helmet.

First of all, there are many safe zones spread around, including towns and cities, the inability to PK characters under level 50, and the growth server Olvia has forced PvP mode turned off. In addition, we created an environment where Adventurers who recklessly PK are imposed with disadvantages that makes it difficult to harass an Adventurer. On the other hand, for adventurers who want to enjoy PK, we are continuing to develop a variety of PVP content, along with the Battle Arena, Red Battlefield, Arena of Arsha, Node War, Conquest War, and the desert itself.

We will continue to think about ways to make your adventures more enjoyable.

And that wraps up the questions from our Thai Adventurers and the replies from the Pearl Abyss developers.

We’ll do our best to create more opportunities where we can listen to our Adventurers’ voices in the future.

Then, until next time, bye!