Event 1. Get Ready for the Summer Season! Pre-Create Now!

Event 2. Let's Get You Enhancing!

- You can create Season Server Characters from Character Creation in the Character Selection window.

※ While you can create Season Server Characters during the Pre-creation period regardless of your server, you will only be able to connect to Season Servers after the official update. 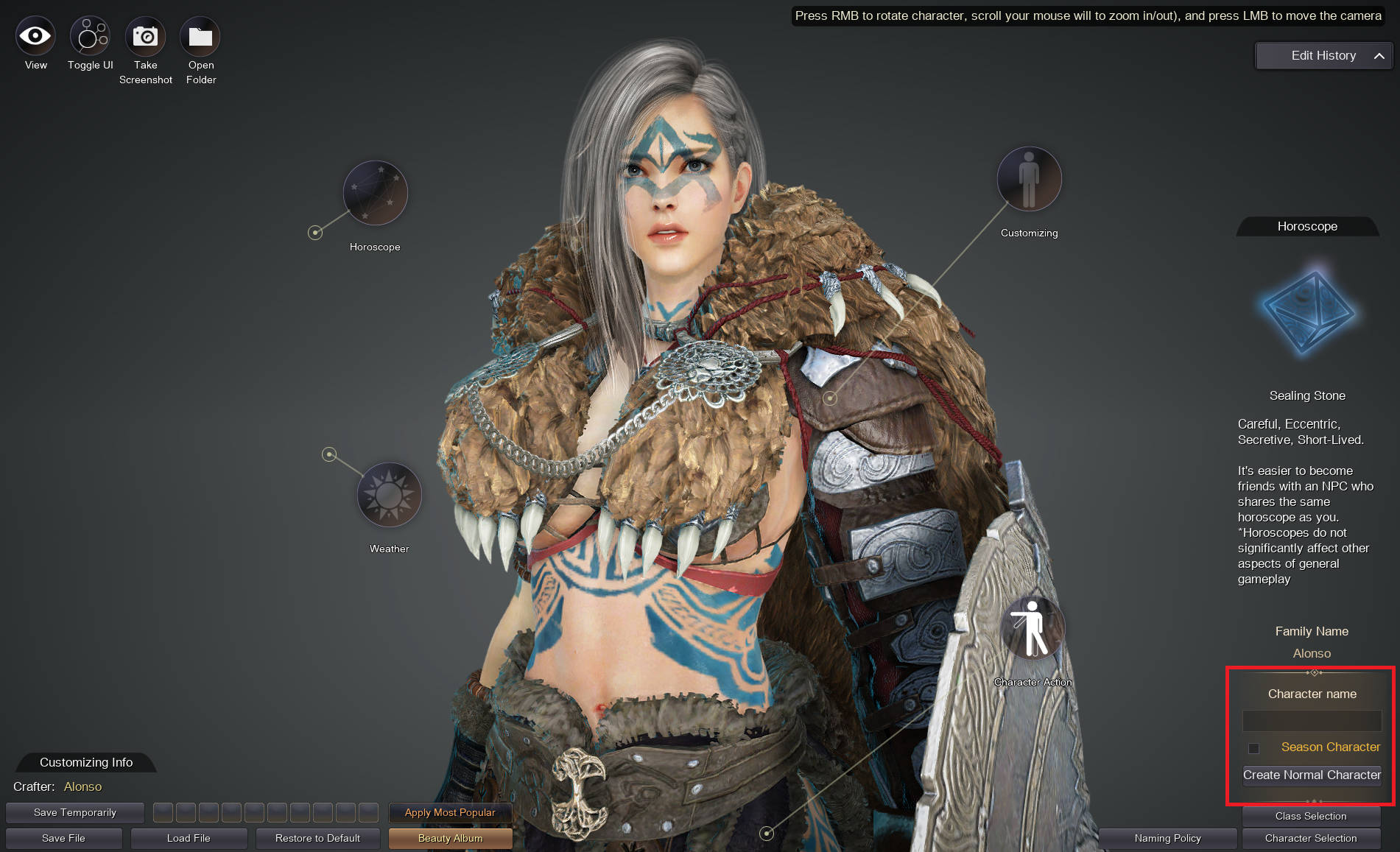 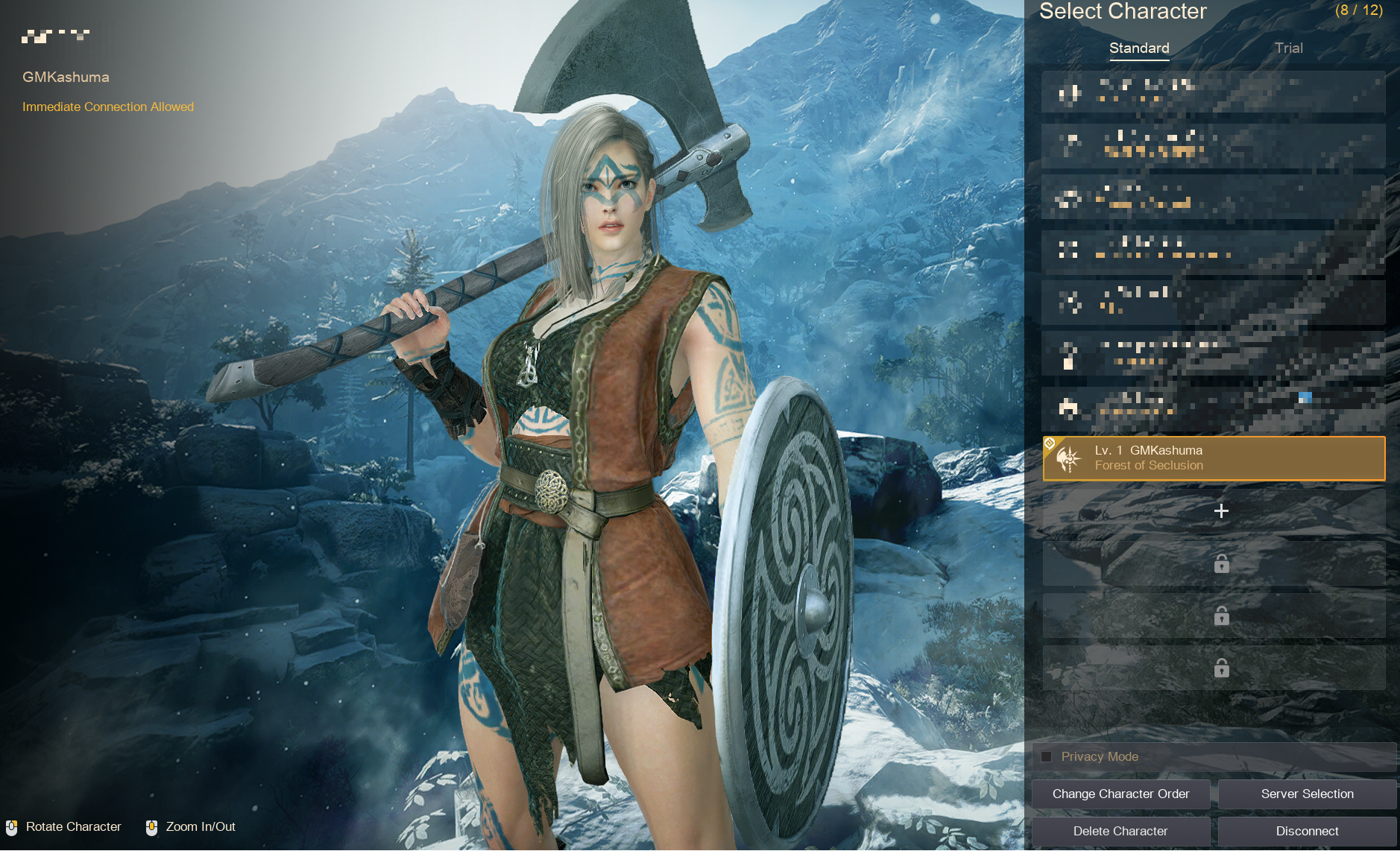 ● Increased the total number of character slots to 20.

● Changed Agris Fever points so adventurers can choose to consume them when defeating monsters.
- You can now RMB the Agris Fever buff icon if you have 1 or more points to choose whether or not to use the points when on characters of a Family that has completed "Adventure Log: Agris, the Ancient Secret".

- When Agris Fever points are being consumed, the buff icon will display a spinning effect. 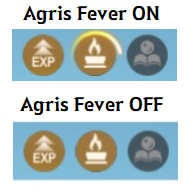 ● Added the following new Awakening and Sub-weapons obtainable in the Valencia region.

※ You can enhance both types of weapons and they possess a high enhancement success rate.

※ You cannot register both types of weapons on the Central Market.

● You can obtain the above 3 types of new weapons as rewards for completing the Mediah and Valencia Main Quests.

● Characters who've already completed these questlines can retrieve these weapons from the NPCs below once more per Family.

● Improved the following ore and minerals to be affected by the Hedgehog's pet talent.

● Added to the Scorched Fragment's item description that it is used for crafting "Manos Accessories.

● Added 6 types of Gathering Tools made by the Leight Family that can be rented with Contribution Points. 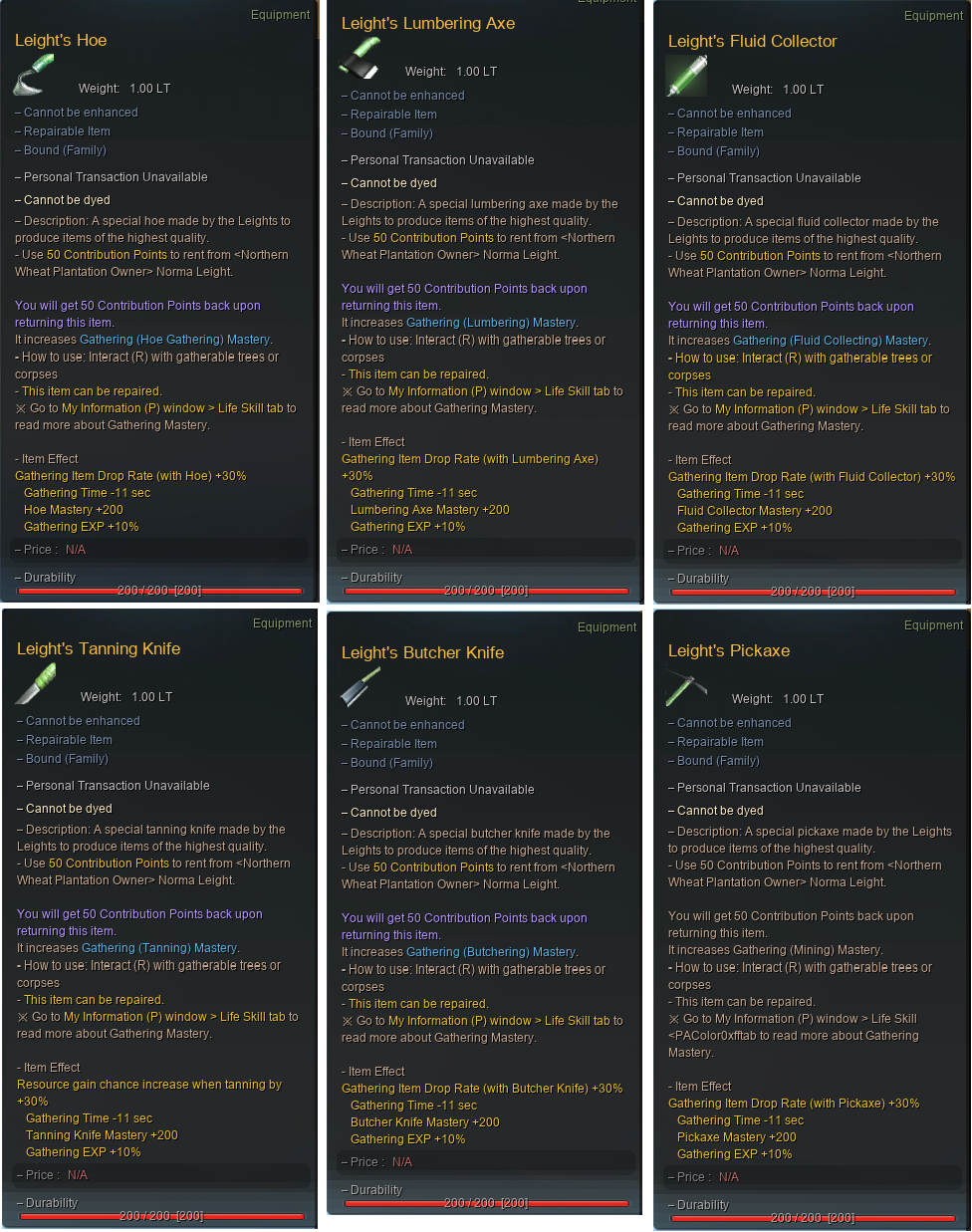 ● Changed the method of summoning Khan with Leanar's Celestial Map as follows.

- You can exchange Leanar's Celestial Map in your possession with "[Guild] Emperor of the Great Ocean Khan Summon Scroll" by talking with Curio in Oquilla's Eye. 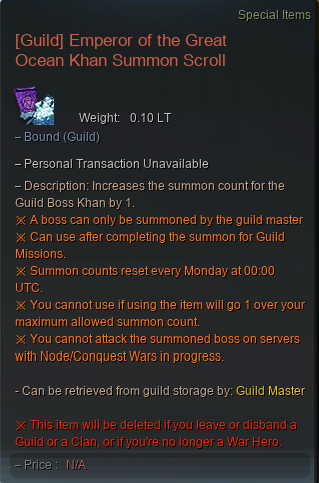 ※ Only Guild Masters may use "[Guild] Emperor of the Great Ocean Khan Summon Scroll" and subsequent uses require summoning Khan at least once through a Guild Mission.

● Changed the following Life Clothes and Gathering Tools to include more specific details regarding enhancement methods in their item descriptions.

● Added the buff Light of Illezra to certain classes when carrying out their Succession quest in Glutoni Cave.

- Completing "[Succession] A Strange Reunion" will administer the buff, which brightens one's surroundings for 10 minutes.

● Changed the loading screen when moving to Change Character or Character Selection to also display a background image.
● Removed the BDO Wiki button from the Guild House window.
● Changedthe design of the menu that appears when right-clicking ingredients and exchange items in the Inventory (I) window.
● Fixed the issue of price being displayed multiple times in the World Map (M) after upgrading one's Residence level.
● Made the Bartering Information window to stay open even when set to Sticker UI mode and using Supply on ships.
● Made the Bartering Information window to instantly refresh if remaining open after a successful Barter.
● Fixed the Beauty Album's Gallery/Download Ranking window to select the currently logged-in character as default.
● Fixed the issue of the Bid button overlapping with the description text of the Guild House details window.
● Fixed the issue of Patrigio's secret shop window closing if you attempted to purchase an item without having the appropriate amount of silver in your possession.
● Fixed the issue of the Trashcan highlighting effect in the Inventory (I) window that would remain even after opening and closing the World Map (M) or Beauty (F4) UI.
● Fixed the Redeem button so it does not appear in the ESC menu if not launched from the Steam client.
● Fixed the issue of certain items' icons not displaying in Crafting Notes (F2).

● Fixed the issue of irregular Navigation in certain areas of Port Ratt.

● Added the function to auto-login to the official website after pressing the Recharge button in the Pearl Shop (F3).

● [Kunoichi, Ninja] Fixed graphical issues with the Sub-weapon when removing an outfit that changes the appearance of the Shuriken and Sub-weapon.

● Fixed the issue of 5-man parties being unable to join in an Ensemble.

● Fixed the issue of Title colors appearing irregularly when dragging the mouse across the Title list in the My Info (P) window.

● Fixed the issue of the camera focus not moving to the right in certain resolutions.

● Fixed the issue of the game window appearing irregularly when having minimized the screen during the loading screen.

● Fixed the issue of being unable to move your character at certain locations on Iliya Island's wharf.

● Fixed the issue of being able to walk through tree roots of certain parts of southern Kamasylvia.

● Fixed the issue of certain gatherable materials not appearing correctly in parts of Oquilla's Eye.

● Fixed the issue of the region's fish not being caught when attempting to fish close to inaccessible areas of coastal Al Halam, Tuir Valley in Drieghan.

● Fixed the issue of certain text not appearing when using the translation report function.

● Fixed the "The Flute Boy" knowledge title for being displayed incorrectly.

● Removed details on how to obtain the no-longer-obtainable "Sealed Accessory" quest from the Black Spirit Guide.

● Fixed the issue of ships halting when attempting to continuously use BreezySail while equipping Ebenruth's Nol without meeting the requirements.

● Fixed the issue of not being able to Communicate with certain Tier 7 horses.

● Fixed the issue of character models' hair or outfit's fur to move irregularly.