- Adventurers who wish to convert their character to a normal character after they have finished their journey in the season servers can accept the quest "[Season Server Graduation] At the Crossroad" from Leyla.

- Adventurers who are ready to convert their character to a normal character can ask Fughar for Leyla's location.

- Complete the quest "[Season Server Graduation] At the Crossroad" and receive "Honorable Adventurer's Certificate" as a reward.

- Interact with Fughar after using Honorable Adventurer's Certificate to complete the quest "[Season Server Graduation] Into the Big Wide World."

※ Only season characters in normal servers can use Honorable Adventurer's Certificate.

※ Please note that once Honorable Adventurer's Certificate is used, your season character will be converted to a normal character and you will no longer be able to receive season server benefits.

● Once you convert your season character to a normal character, you will receive "Gift Box Full of Memories" as a reward. 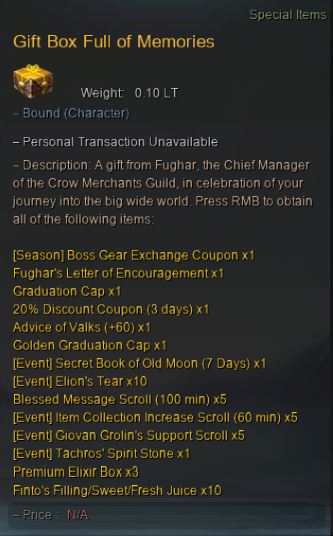 - The 20% Discount Coupon you can obtain from the Gift Box Full of Memories will expire in 3 days.

* How to Convert a Tuvala Gear to a Normal Gear

- You can use only one Tuvala Conversion Stone for each gear part, so you must be careful to ensure that the stone is used for a gear at its highest enhancement level.

* How to Convert a Tuvala Gear to a Boss Gear

- You first need to use the Tuvala Conversion Stone and convert a Tuvala gear to a normal gear before you can convert it to a boss gear.

- You can do the quest "Fallen God's Armor" when you have converted your Tuvala Armor to Dim Tree Spirit's Armor.

● Added the quest "[Season] Fughar's Gift" through which you can obtain the following gifts prepared by Fughar for those adventurers who have finished the 40-day-long journey with him: Advice of Valks (+100) and Season Special Gift Exchange Coupon.

● For those adventurers who are still enjoying their journey in the season servers, a waiting period of August 5 (after maintenance)–August 26 (before maintenance) will be applied to delay their graduation.

- You will be able to continue enjoying the adventurers in the season servers if you do not receive any Season Server Graduation quests.

- You can still do Fughar's quests for a certain period of time even after the summer season has ended with the August 26th (Wednesday) maintenance.

● Added a new Instant Entry function to the Pit of the Undying. Compete against First Crow's finest warriors in the endless battle for glory.

- While in Velia or Crow's Nest, you can instantly enter the arena using the "Pit of the Undying" at the ESC Menu after completing the quest "[Crow's Nest] Crow's Mercenary".

- If you haven't completed "[Crow's Nest] Crow's Mercenary", speak to NPC Lavala to enter the Pit of the Undying.

- You cannot create or leave parties at the Pit of the Undying.

- You can only exchange Seals of the Undying with Patrigio directly at the Crow's Nest.

● Changed [Daily] Pit of the Undying quests to now only be accepted and completed by talking to the NPC Randy instead of Lavala.

Pit of the Undying is the first PvE content released in Black Desert that was well received by many of our adventurers thanks to its unique combat system.
Yet, its remote location in the game made it difficult for some to visit and fully enjoy its contents. To fix this, a new Instant Entry has been added to the game so that adventurers can participate without having to travel.
Once a day, adventurers can access the Pit of the Undying with ease and face different challenging monsters. 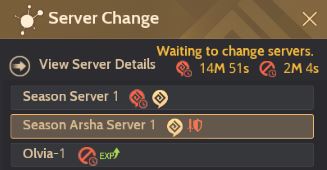 ● Fixed the issue where the "Complete" button didn't appear after receiving or equipping the PEN (V) Tuvala Shuriken during the quests "[Enhancement] Even Finer Tuvala Shuriken I, II".

● Lightning Chain - Fixed the issue where the skill's description omitted the details of Shock effects.

● Fixed the issue where the effects in Main Weapon Skill Demos were missing.

● Smokescreen I–V - Fixed the connecting movements of the skills' combos while switching to Awakening mode to be more natural.

● Removed "How to Obtain" segments in the descriptions of Event, Oasis Cron Meals.

- Improved the discovered Red Paladin's disappearing motion in the quest [Cursed Event] The Truth Behind the Mask.

● Fixed the issue where invisible monsters would appear on the minimap even after the warning system ended at the Kratuga Ancient Ruins.

● Fixed the issue where if the adventurer who set off the warning system in Kratuga Ancient Ruins left the specific region, the warning would end prematurely. 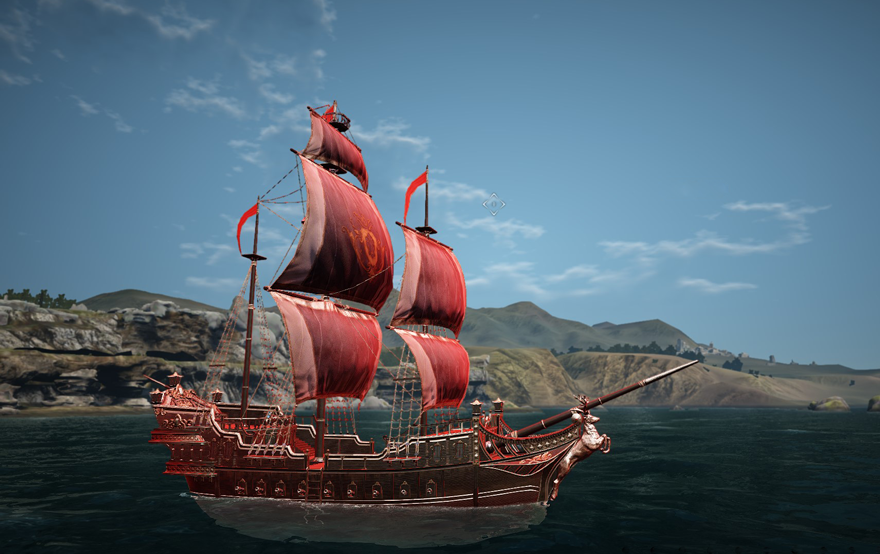 ● Improved the Epheria Carrack so that you can open and close Cabin doors while sailing.

- However, you cannot open or close doors when the ship is auto-navigating, using sailing skills, or when the Ship Durability is below 50%.

● Changed the required number of monsters for the following quests.

● You can now learn about Jensen through dialogue.

● [Cursed Event] Fixed the issue where Nimue didn't take the Pilgrimage Map with her when returning to her world. 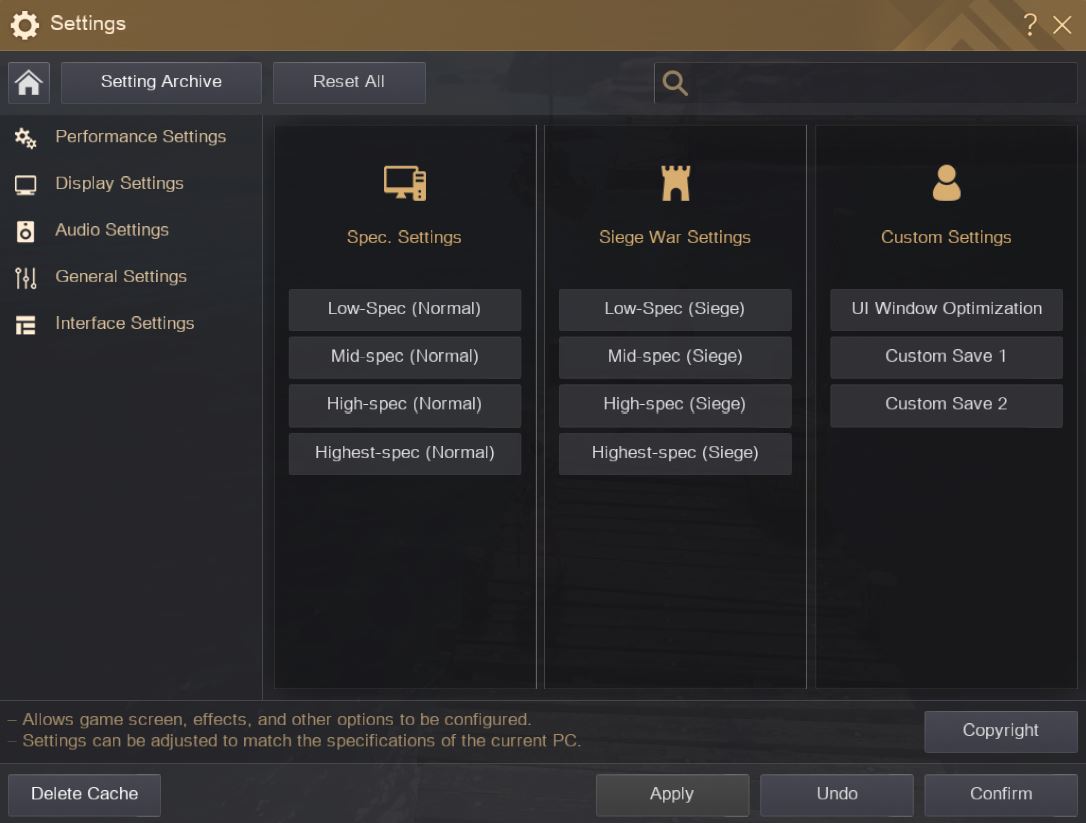 ● Added an even more special effect to display in the enhancement window upon successful TET (IV), PEN (V) enhancements.

● Raised the location of the Skills (K) window's search function.

● Fixed the End Game and confirm Disconnect windows to no longer allow for clicking other UIs in the backdrop.

● Added a background image to the Key Guide located on the lower part of the Equipment Inventory window.

● Fixed the issue where relogging after setting language to Thai or Chinese would disrupt Chat Macro settings.

● Fixed the issue where it looked as if the Performance Optimization settings were not being applied.

● Fixed the issue where you could not drag the Friend List UI by clicking on the upper section of the window.

● Fixed the issue where the item prices would overlap in the Pearl Shop (F3).

● Added text to the following pets' descriptions that they can loot from a further distance.

● Fixed typos in the message that appeared when opening Treant and Desert Camouflage Set boxes.

● Fixed the irregular structures that were located in the following regions.

● Fixed the issue where you couldn't purchase a specific trade item if you only had the exact amount of silver equal to the trade item's price.

● Fixed the issue where incorrect information was displayed for closed rifts in the Savage Rift status window.

● [Sorceress] Fixed the graphical issue with the lower part of the Epheria Marine outfit.

● Fixed the issue where your character could not move when going into combat mode in certain areas of Lake Kaia.

● Added the missing text that says you can use the content from Arena of Arsha to the explanation that appears when selecting a Trial Character.

● Fixed typos for the following.

- [ [Cursed Event] The Truth Behind the Mask