What did you think about our ever first ever Conquest War? We were truly impressed by your fierce battles! A big thanks to everyone that participated. We look forward to future Conquest Wars to come!

Below you will find the results and summary of last week’s Conquest War. 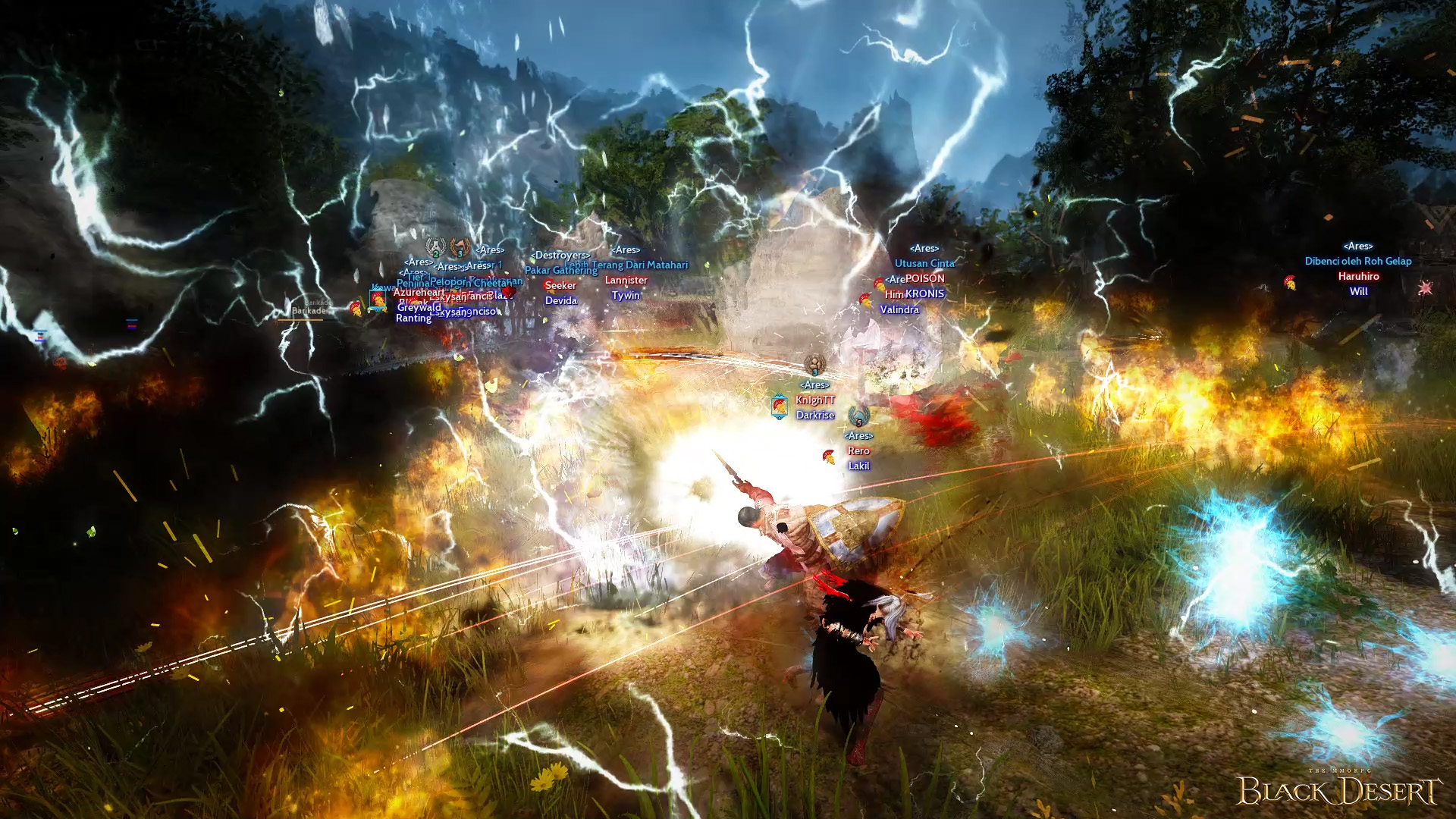 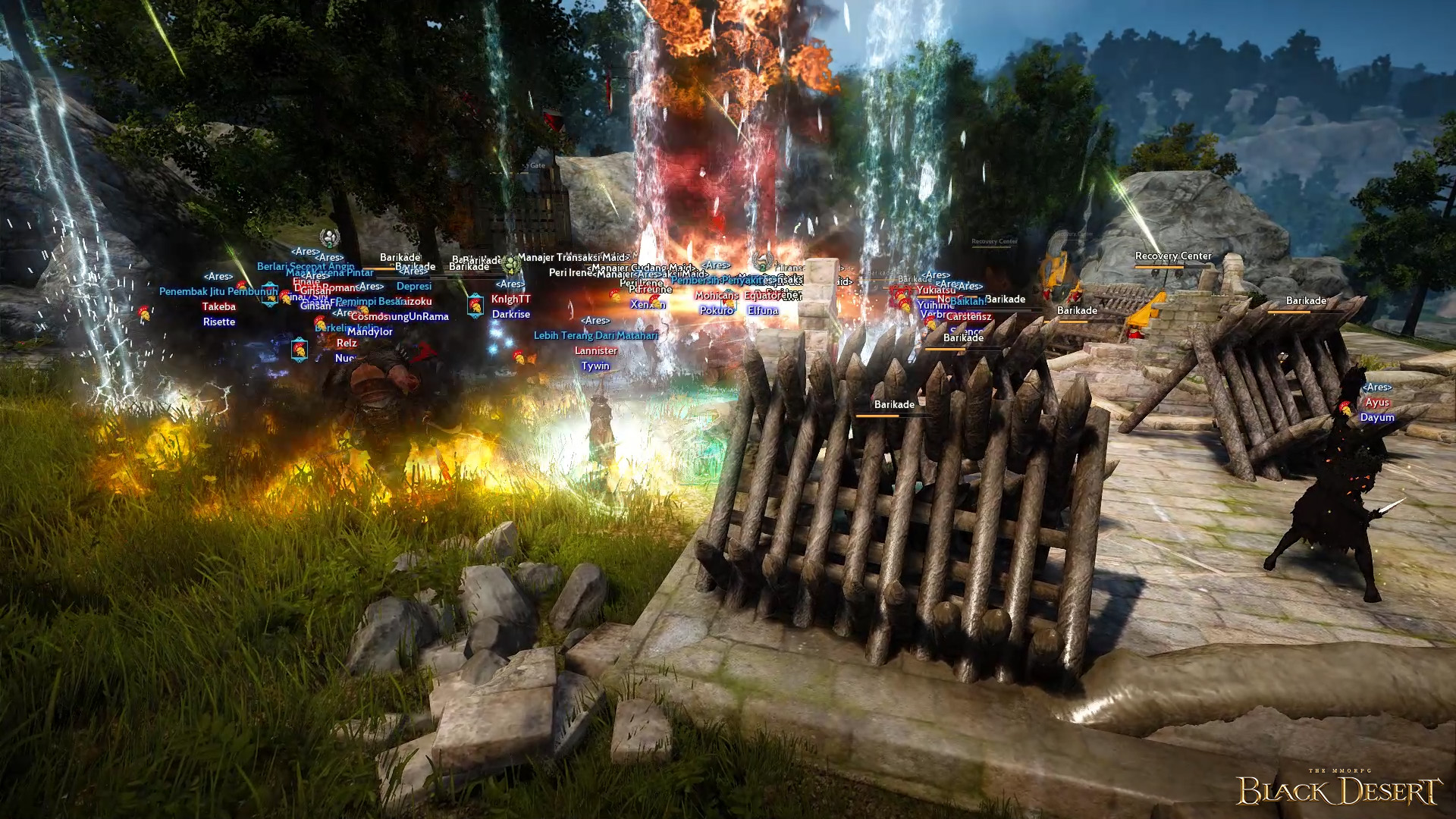 Ares and Destroyers battled it out for Balenos. It was intense and ended quickly. Destroyers tried their best to defend their fort but failed. Ares was too much for them and emerged victorious! Ares became the first conqueror of Balenos. 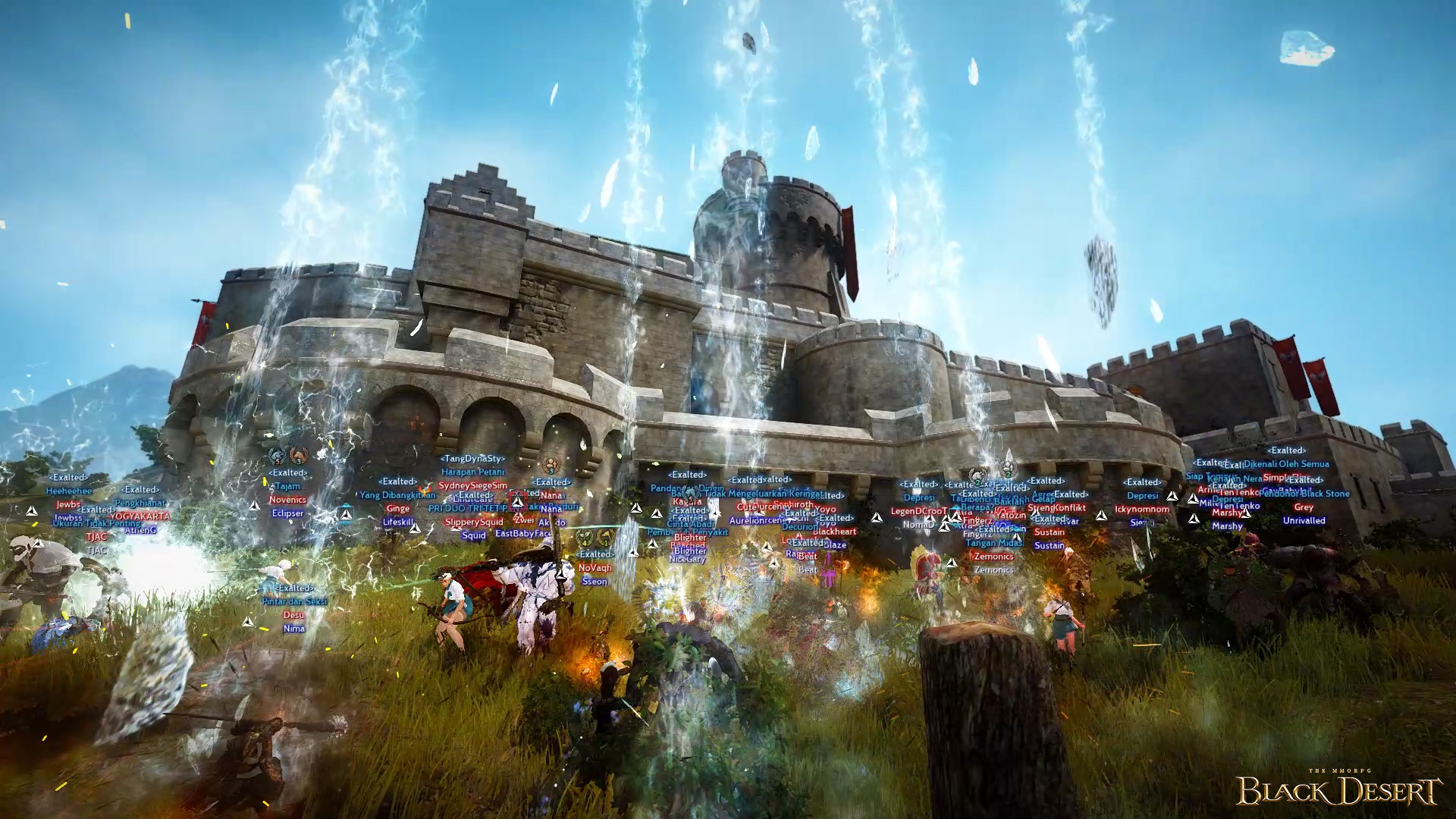 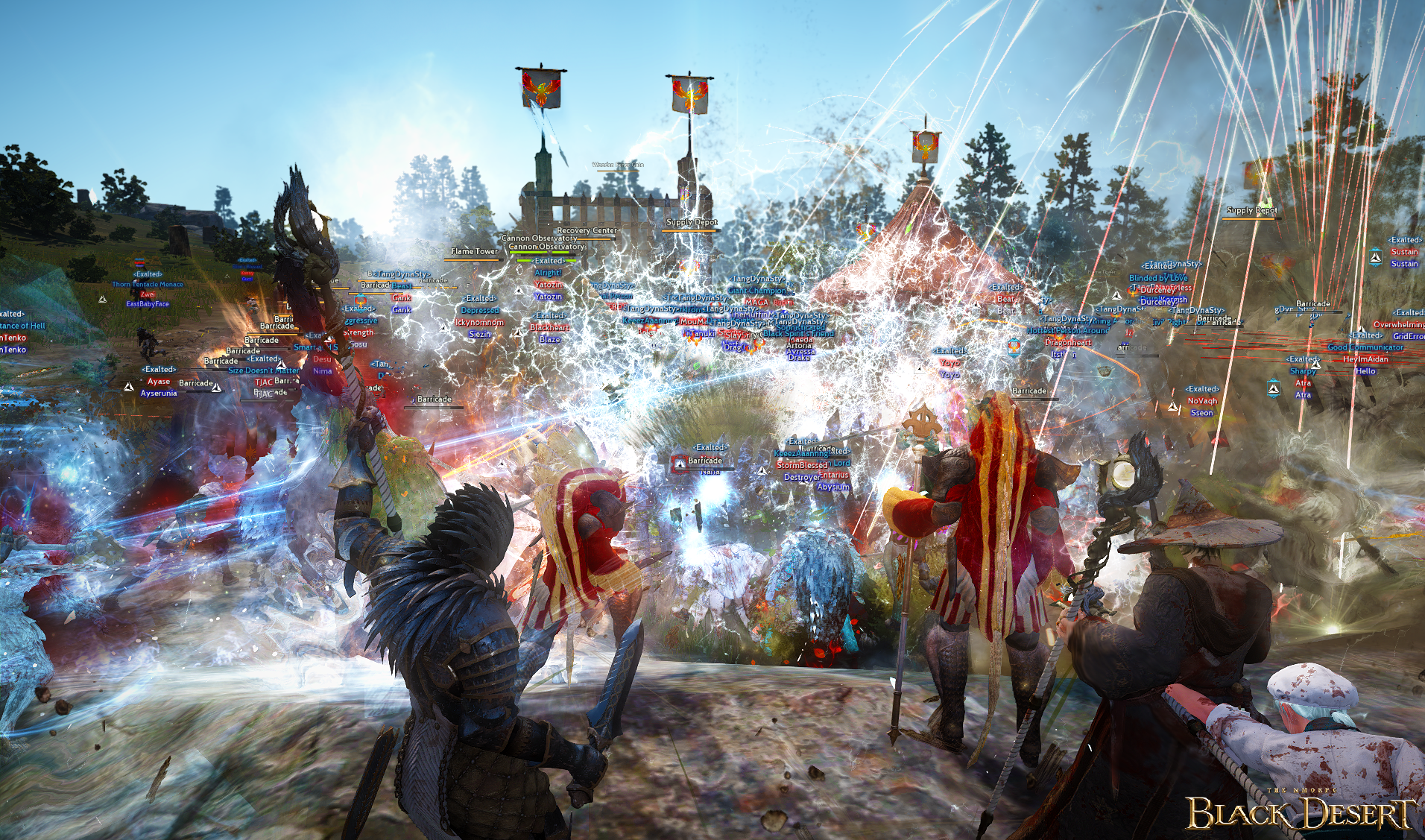 KillOnSight invaded Exalted’s fort to start off the fighting in Calpheon. Exalted pushed KillOnSight back then moved their forces towards TangDynasty. Exalted would have succeeded if KillOnSight didn’t intervene by aiding TangDynasty during the very last hour.

KillOnSight continued to stand guard while TangDynasty repaired their fort. Exalted decided to change their strategy after a long grueling fight. They fell back and set their eyes on ECAph and destroyed them.

With ECAph out of the picture, Exalted came back and defeated TangDynasty.

During this time, Exile performed a fierce attack on KillOnSight’s fort and destroyed them easily.

Exalted was still blood thirsty and eliminated ROBBED out of the war.

Now only 3 guilds remained and Exalted defeated both Exile and MaximuM! So Exalted got to raise their banner over Calpheon. 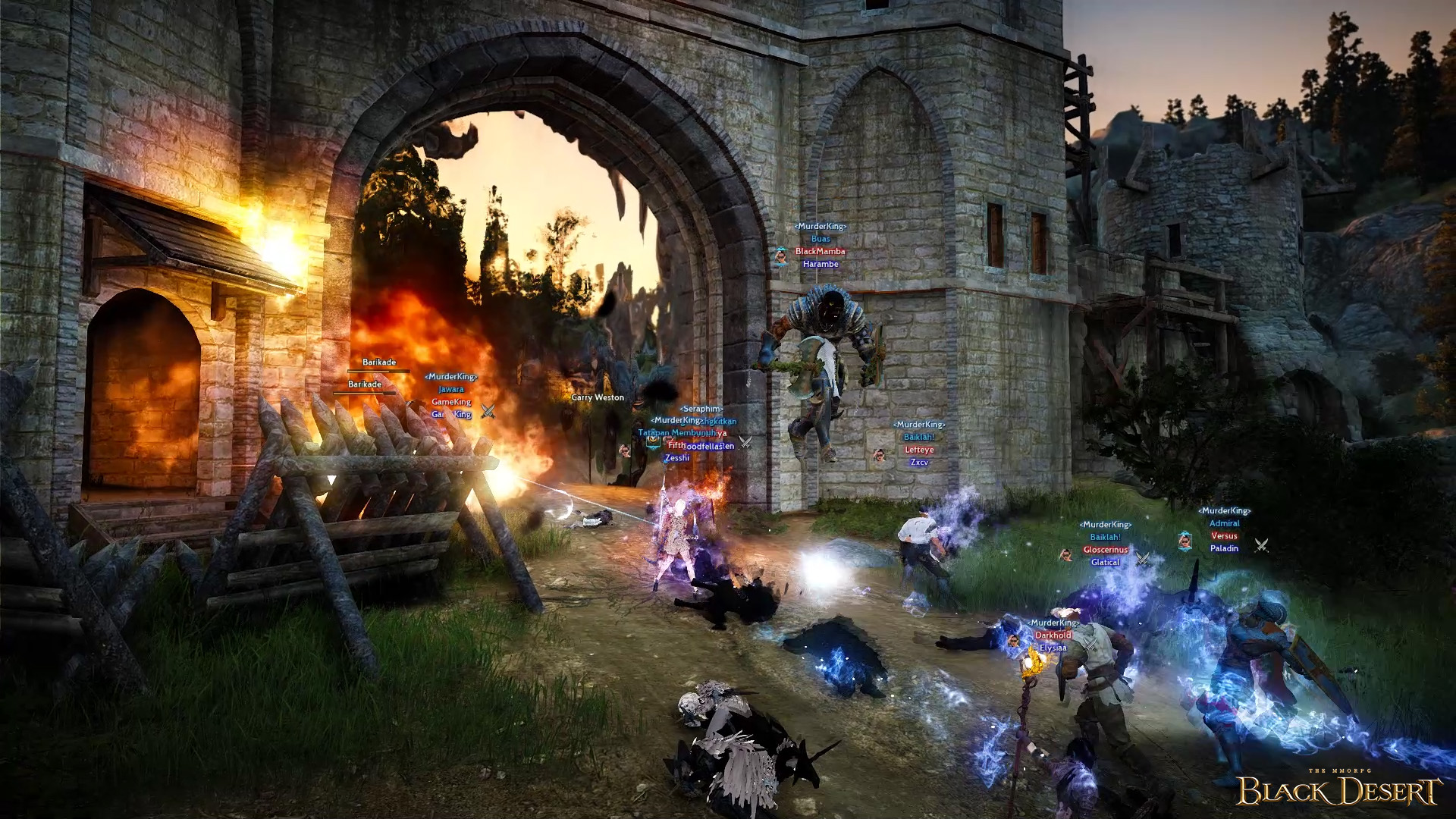 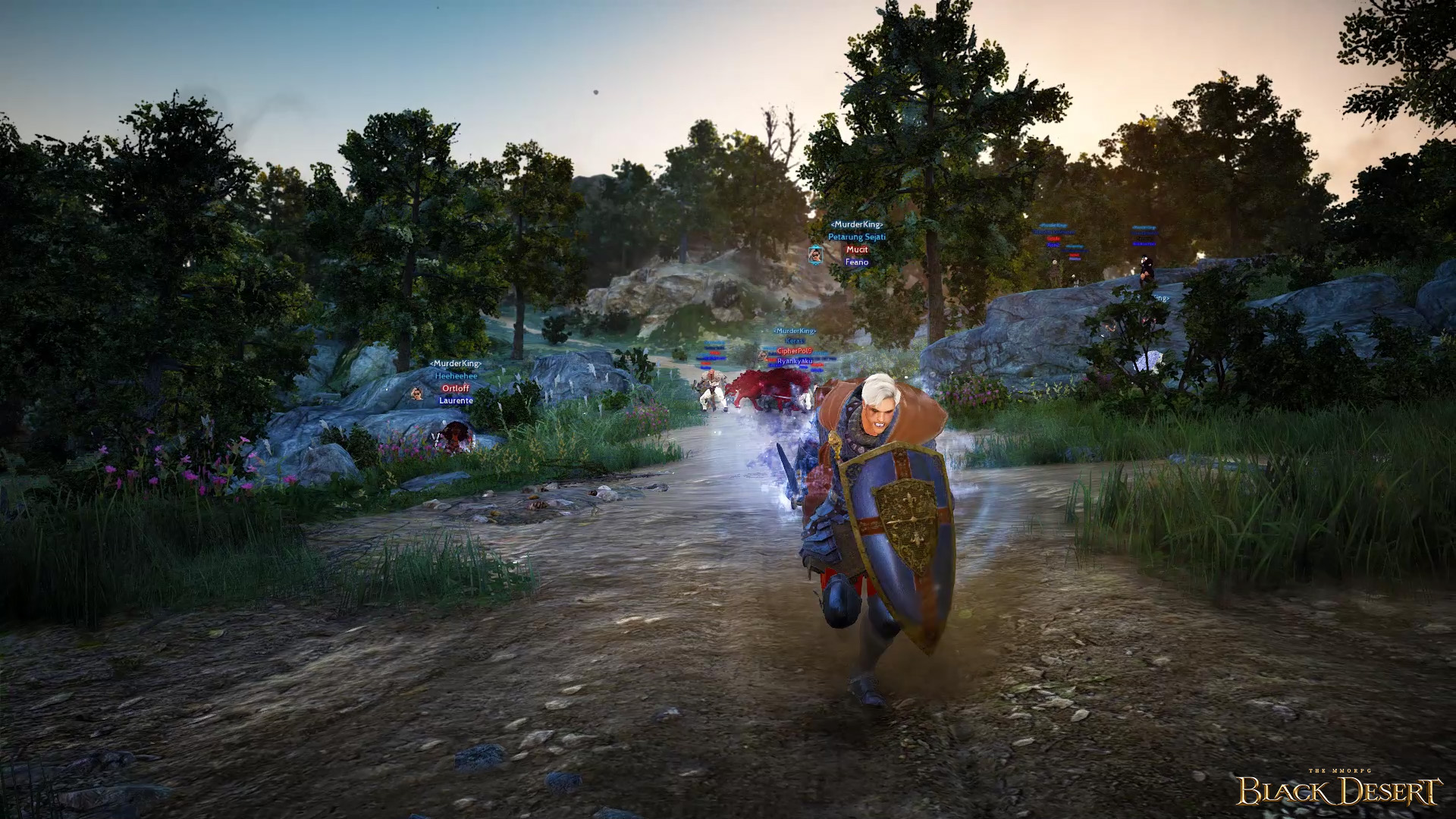 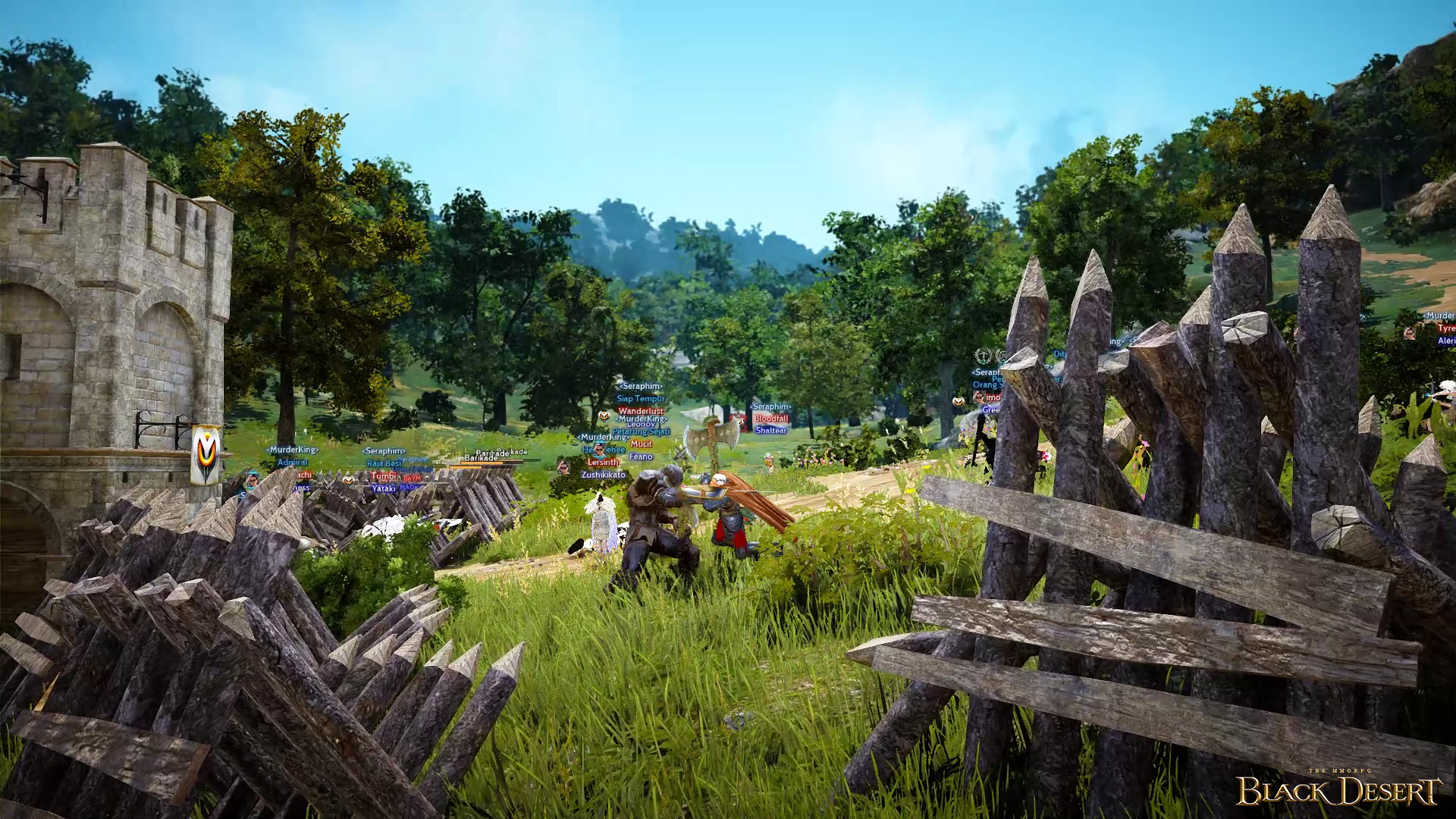 The first battle in Serendia broke out between UNITY and Seraphim. Seraphim launched a powerful attack causing huge loses on UNITY’s side and gained control of an area. However, UNITY quickly retaliated with the support of Empire. Together, they were able to push Seraphim out of the area which gave UNITY an opportunity to repair their fort.

However, Seraphim refused to give up and rallied their forces against UNITY, but this time they were pushed back by MurderKing. That did not stop Seraphim though, they made one final attack at UNITY’s fort and finally defeated them!

Garuda and Empire were locked in their own battle. Empire had support from Seraphim, which was too much for Garuda to handle. They couldn’t fight back and finally fell under Empire’s pressure.

The war continued to progress and Empire started to fight against Seraphim and Avalon.

Even though Empire was at a disadvantage they held their ground. They then quickly moved to attack Avalon’s fort and defeated them.

At this point Seraphim faced the joined forces of Empire and MurderKing. Seraphim fought bravely but could not survive the onslaught.

Now Empire and MurderKing were the last two survivors. MurderKing, allowed their ally to take their fort which made Empire the victor in Serendia.

We will see you in the next Conquest War!

View list
Comments 16
KurenaiMaria
Lv. 61
Well played gm nice Story ! hahaha
SeoYoon
Lv. 58
Quite far off from the truth. Especially on Calpheon and Serendia. Exalted was the main lead of those alliance Maximum and Exile. KOS persevere while Exalted's victory was already in the bag
SeoYoon
Lv. 58
Garuda's alliances was being to wishy washy and couldn't focus destroy one target while early lead was their dominance. MK took a gambling on all out attack at Garuda while Empire took all the honey.
Aladdin
^Empire destroyed Garuda then Avalon, MK not even touching Garuda neither Avalon fort as i know
The post was deleted.
SeoYoon
Lv. 58
Strange, was Seraphim support Empire against Garuda. Seriously? Avalon+Seraphim+Garuda were on an Alliances at that time while it was sure MK and Empire in cahoots together. Garuda vs MK early game
Sohye
Lv. 61
''During this time, Exile performed a fierce attack on KillOnSight’s fort and destroyed them easily.'' - seems accurate to me.
Lemonice
"Now only 3 guilds remained and Exalted defeated both Exile and MaximuM!"
i believe they are ally, but exalted took most part of the war, so GM didnt presume them as ally :/
Saryu
Murderking cant touch any guild cus Garuda is atking them over and over.. until Empire rat garuda fort
Mayona
Lv. 17
Murderking cant touch any guild cus Garuda is atking them over and over.. until garuda down at the bridge over and over again.
YukiSasou
ya, atking them over and over again, but still destroyed....
RacheI
Lv. 58
MAU TAU RAHASIA KECANTIKAN KULIT PARA ARTIS YUK INTIP IG KITA KAK

Edelweiss
truly, most attractive war to watch is serendia. all guild have the same power
EmpressQueen
Lv. 56
We Are Empire
Daciana
Lv. 50
I need to know how they're screenshooting this in all the chaos...
Ozea
Lv. 59
Serapihm and Empire is not an ally when Serendia war.
So this report is bit wrong.
Ozea
Lv. 59
And that Tax gain from Serendia is very much wrong...
Empire only got about less than 2B.
Cancel Register
Cancel Register
1
View list