Soon, the blood-eyed, dark invaders will seek out these lands.

On that day, I shall make my return from eternity.

This was what he concluded the moment he witnessed it.

On a night where bleak darkness devoured every trace of starlight,

glimmered alone within the constellation of the Sealing Stone

in the northern region of the sky.

"We must all unite to prepare for the coming calamity.

Otherwise, all that awaits us is annihilation!"

Nicknamed the "Oddball of the Ivory Tower" for his eccentric ideas,

he appeared before the masses for the first time.

In a blink of an eye, a crowd formed before him

as he revealed the existence of the invaders he had long studied and tracked.

"I've seen with my own eyes the comet that orbits the North Star.

That's right. The fell invaders foretold in the Revelations of Margahan are coming.

Three days is all they will need to reduce this glorious kingdom into nothing more than ash!”

But even the appearance of a mysterious comet

was not enough to evoke fear in the people blessed by the bountiful Agris River.

They had been lulled into the illusion of eternal abundance by

the bountiful grain that lined every warehouse and the aroma of wine that accompanied every meal, despite knowing that eternal life and endless bounty did not exist in this world.

They had lost themselves in their daily, honeyed prosperity.

“Hear me! That which none have laid eyes on before is coming.

Pay heed to what my creation - made with my very own hands - has allowed me to witness!

Believe what my astronomical telescope, Atorarkiaka, has revealed!”

But before he could continue his speech, he was imprisoned for dissent.

Confined to the very prison he had designed, which none had ever escaped,

he set aside his sorrow for the kingdom set on the path of ruin.

Then, on a night when only a sliver of moonlight shone through the bars,

he vanished without a trace;

except for a letter contained in a small cube he left behind.

When the comet descends and the invaders bring ruin to this world...

When the temples collapse and the Ivory Tower burns, and your tears of regret wash over the split earth...
I will come to save you all.”

And so, after exactly 49 years,

The temples collapsed, the Ivory Tower burned, and the earth split open.

As the people shed tears of regret, they looked for his return.

And yet, he did not come to save them.

Move freely without collision to a desired point

for a short duration with dimensional energy.

to enemies in the area and weaken their DP.

but can inflict massive damage with a 100% critical hit rate.

Knock down nearby enemies with powerful lightning damage.

Can inflict greater damage if enemies are grouped together.

▶ From the Black Desert Studio: About Sage

Sage is the first caster-type class developed ever since Wizard and Witch's release. We wanted a figure depicting the archetype of the Ancients, a character that would also be very appealing to our NA/EU Adventurers. Sage was an actual denizen of the ancient kingdom whose ruins have been found all over the world of Black Desert. A scientist and Ancient Weapons researcher, he taught students atop an ivory tower.

A master of time and space, Sage commands both to unleash destructive power. After the teaser aired, some viewers wondered if Sage was "a Bitcoin class?" due to cube-shaped object shown in the teaser. That was "Kyve,” Sage's main weapon, which he wields to open rifts in space and call forth Ator's Fist to crush his foes, as well as plenty of other powerful offensive magic.

Sage can accelerate time and manipulate space to reduce the cooldown of specific skills or open rifts in space to move short distances, regardless of obstacles in his path. This allows him to position himself strategically to gain the upper hand in combat. He also has the unique trait and advantage of utilizing his skill combinations to make himself adaptable to what the situation calls for.

All of his skill effects are highlighted by colorful, kaleidoscope-like visuals, which capture the mysticism and beauty of the ancient's combat style. Lastly, Sage can enter Hystria Ruins or Aakman Temple directly with no materials and will have Succession available at launch. 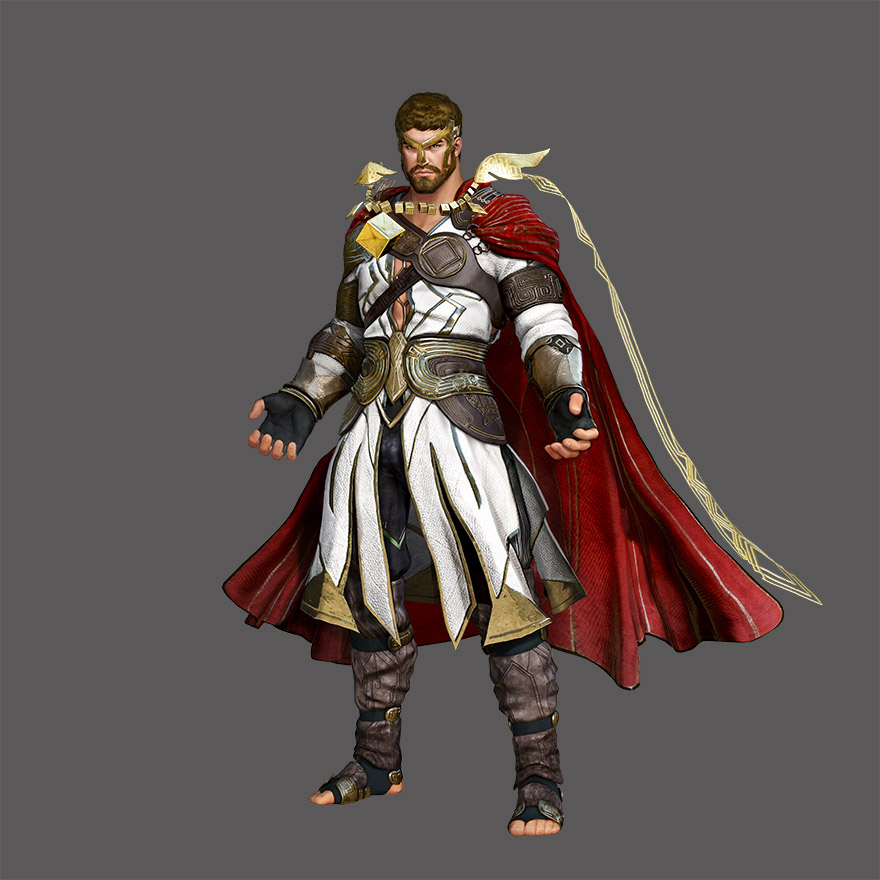 “I will save you from the blood-eyed invaders.”

Sealing himself away to thwart the impending destruction, Sage re-opened his eyes only to learn that the ancient kingdom that he belonged to was long gone. But why has Sage arisen now?

Sage wields the Kyve, made of a special substance he developed, and the magic-filled Talisman. He uses Kyve's special ability to freely change its form to distort time and space, bringing forth powerful physical forces. Sage can inflict damage with powerful attacks from afar and interrupt foes who try to catch him off guard. Also, he can quickly re-position himself in the thick of battle and turn the odds to his favor. His versatility enables Sage to carry out multiple roles depending on what the situation calls for.

Bear witness to Sage as he flips the hourglass of fate in his long-awaited return to this world.

View list
Comments 17
Sinji
Lv. 62
Can I get family change name
Second Comment
0
Aydenz
Lv. 57
No you can't, you must buy UwU
0
Kadus
Lv. 62
PA : "We heard you love wizard"
1
OwOFiroGrace
Lv. 58
His awaken weapon is siegehammer or big axe or rocket launcher. Sure he can fly and love thunder <3 . sale slot char+ pls <3

1
Kismiiz
Lv. 60
let me guess,after nova season ended,at april 1st,sage season begin?
0
Dafuck
Lv. 61
@Kismiiz nope. it 28 april i think
0
IcyBlastie
Lv. 61
i would name it THOR XD
1
IcyBlastie
Lv. 61
weapon exchange please
0
The post was deleted.
EIisa
Lv. 61
THor vs Mjolnir .
1
Miss2021
Lv. 61
a "bad ass" looking wizard" i like this one. i guess i shouldn't bother enhancing nova's weapons. after grinding with nova, its kinda boring and too slow.
0
Sakurayougi
Lv. 61
next is King Leonidas (hoping for a spartan character hehe )???
0
Stellu
Lv. 56
I was hoping for a steam punk kind of character.
1
RebertoMaoski
Lv. 62
weeberto was heree
0
AllenHien
Lv. 61
just a quick question on Seasoning Sage...its ok to ____create him now or its better to ____create him when march 24 comes for the season to activate im a lil confuse my fellow adventurers

i want to Season him at march 24 btw any info will help arigathanks
0
Tenasarin
Lv. 62
@AllenHien winter season ends after 31st march so no way u can make sage as season char since next season haven't started yet
0
Tenasarin
Lv. 62
"His versatility enables Sage to carry out multiple roles depending on what the situation calls for."
does this game even has roles to begin with? all classes basically 1 man army
0
Innocentio
Lv. 62
NA and EU has 63-64 level Sage. We, SEA players, need EXP Transfer and Weapon Exchange Tickets PLEASE!!