Adventurers, a month has passed since the start of the Summer Season! Tales have been spun of the antics of the many Adventurers who made their first steps onto the season servers, and we are finally ready to start seeing the first Season Server Alumni make their way into the normal servers.

You might ask yourself: “Why would I want to graduate?” or even “What is graduation?”

Today’s GM Note is here to answer both questions and more about the summer season graduation! Read on to find out!

Are you ready to explore the wider world of Black Desert on the normal servers? 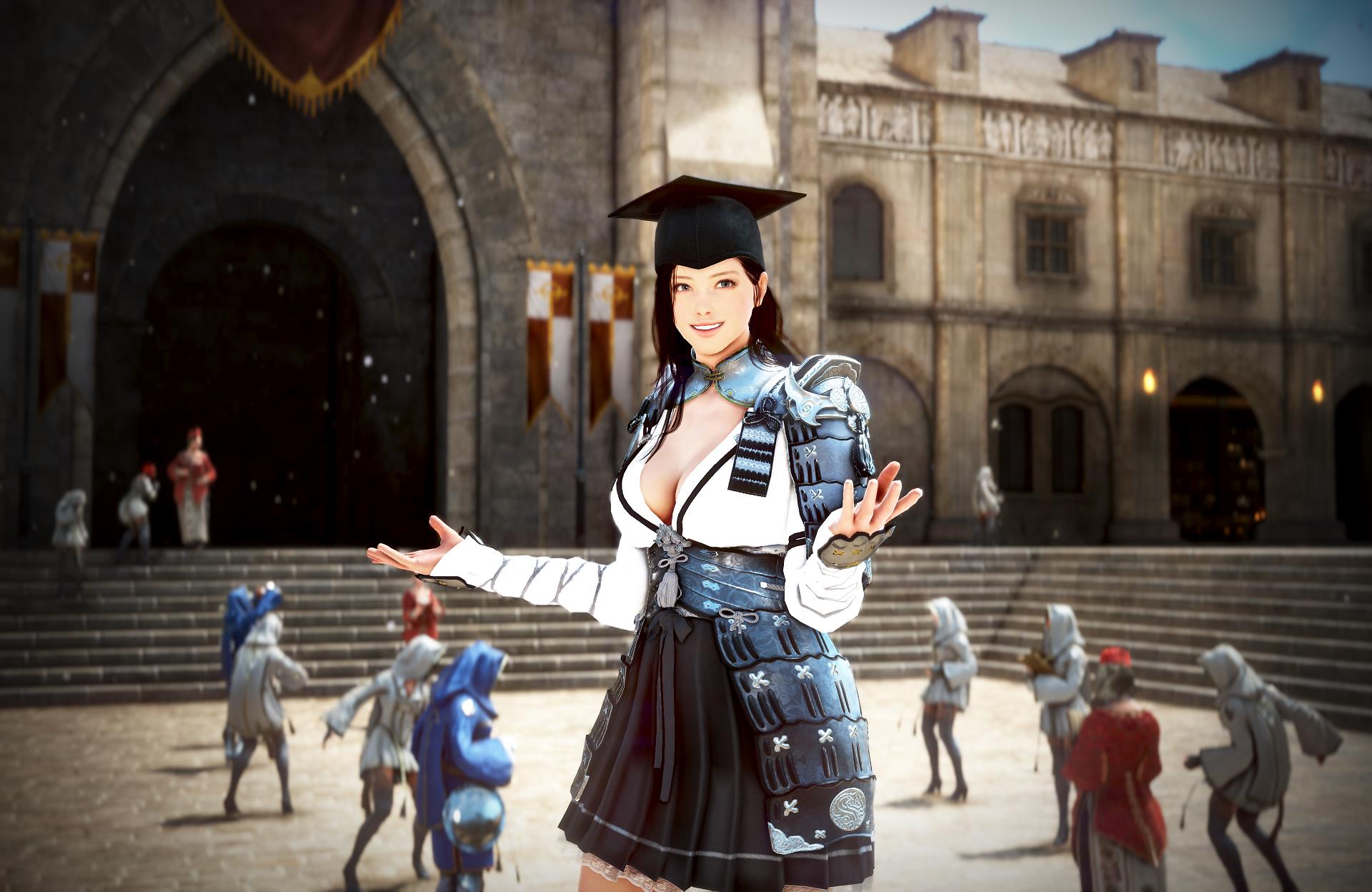 Then step right up! By completing the Season Graduation, you’ll convert your season character into a normal character. Once your character graduates, you’ll receive a variety of incredible graduation rewards to help you prepare for the Black Desert world on the normal servers, and your character will be able to use the non-season items that are available on the Central Market.

Your journey on the Season Servers doesn’t need to end right now, as you still have quite some time until the Summer Season ends. You can take your time on the season servers and enjoy the Summer Season in its entirety at your own pace!

- To get the most out of your [Season] Boss Gear Exchange Coupon, enhance your Tuvala Gear to PEN (V) in order to exchange it for a TET (IV) Boss Gear of the same type!

- Receive the level-up rewards by reaching Lv. 61 on your season character. 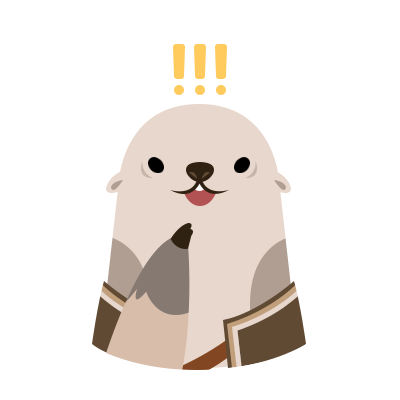 * You say you’re ready to graduate? Keep in mind that once you graduate, your “season character” is permanently converted to a “normal character.” This means that you will no longer be able to access the season servers or season perks with your newly converted normal character.

2. Why Should I Graduate?

Graduation allows you to reap the rewards from all the hard work you have put into your season character. Fughar, a man all season characters should be familiar with, is happy that you are continuing your adventures through the Black Desert world, and will send you a very generous graduation gift.

These gifts include exclusive items that can only be obtained through season graduation and valuable items that are difficult to normally obtain! All meant to greatly help you on the normal servers. 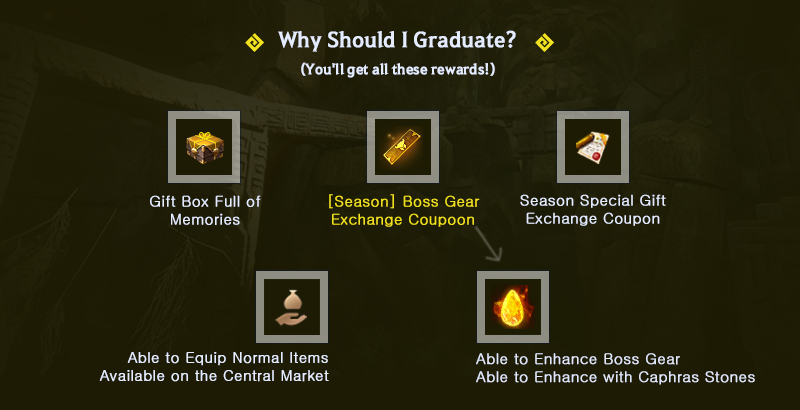 First, let’s take a little peek at the Gift Box Full of Memories from Fughar...

You can say the [Season] Boss Gear Exchange Coupon is the star of the gift box! It’s an incredibly special item that allows you to exchange Tuvala Gear for Boss Gear.

Make sure to give plenty of thought to which slot you’ll use it for!

Not to be forgotten, you’ll also be gifted the Season Special Gift Exchange Coupon to help you start on the normal servers!

* This quest can only be accepted and completed by a season character that is Lv. 20 or higher and has completed “[Season Server Graduation] Into the Big Wide World.”

▼ How to Use the Season Special Gift Exchange Coupon

Good work on graduating from the Summer Season!

Now that you have the Season Special Gift Exchange Coupon, bring it to Fughar! 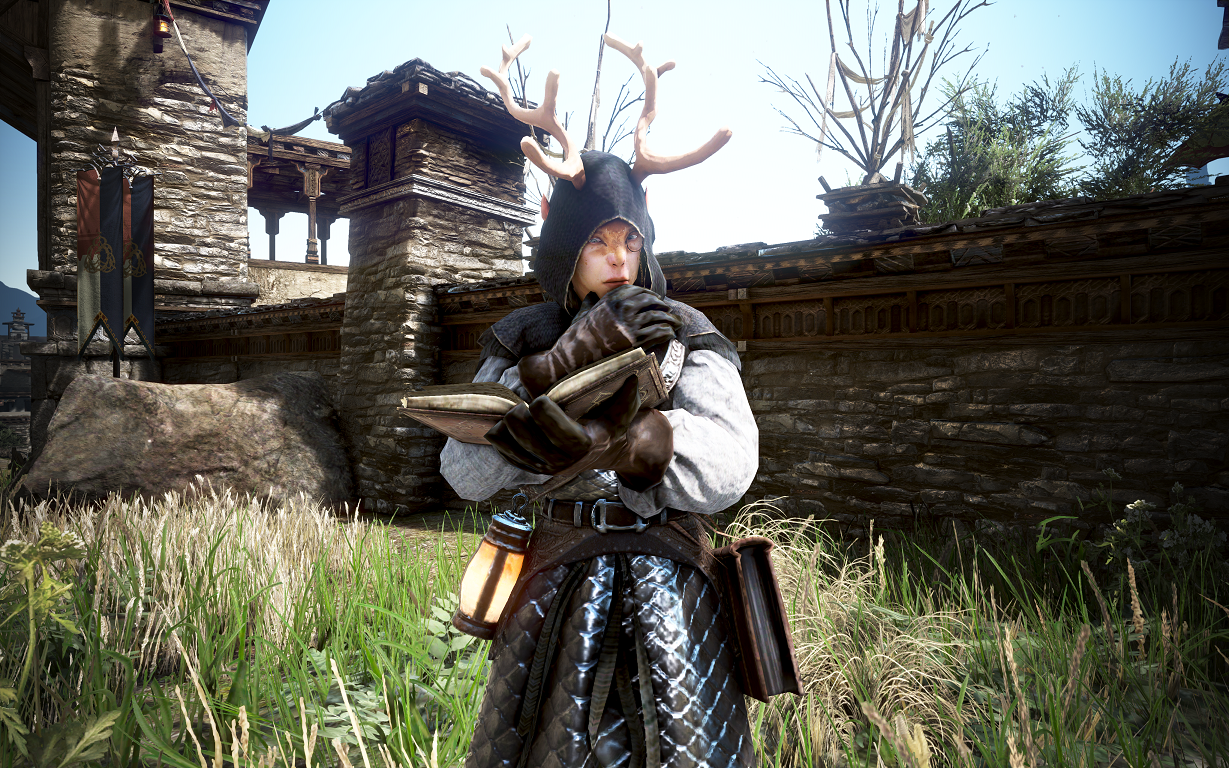 Hey Fughar! We’ve got a coupon for you!

If you’re an Adventurer ready to graduate from the Summer Season, you’ll need to first complete the following requirements to receive all the graduation gifts!

If you have an unused [Event] Black Spirit’s Pass, you won’t be able to use it after you graduate!
So, make sure to use it beforehand!

4. Teach Me How to Graduate!

Feel like you’re ready to experience the Black Desert world on the normal servers? If so, head to the NPC Leyla in Velia to accept and complete the graduation quest.

After completing the quest the ‘[Season Server Graduation] At the Crossroad’, you will obtain the ‘Honorable Adventurer’s Certificate’. This item can only be used on a regular server, and once the item is used, your Season Character will become a regular character.

* You can only use the Honorable Adventurer's Certificate once you fulfill all of the graduation requirements.

▼ How to Use Tuvala Conversion Stones

* Tuvala Gear that hasn’t been converted with a Tuvala Conversion Stone cannot be equipped by a normal character!

5. Not Ready to Graduate?

While graduation is available after the August 11 update, it doesn’t really matter if you choose to graduate a week or even a month later! If you’re an Adventurer who wants to relax on the Season Server a bit more or looking to progress your character further, there is still plenty to do.

Season Atoraxxion is a co-op dungeon with a difficulty level intended for DUO (II) or higher Tuvala Gear. If you want to have some fun with friends or guildmates, Season Atoraxxion’s puzzles and monsters await you!

There’s also a Season Atoraxxion weekly quest that rewards you with a Vahmalkea: Rift Chest, which contains tons of season enhancement materials and enhanced Tuvala accessories. 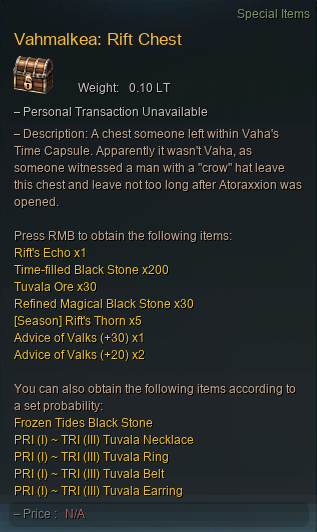 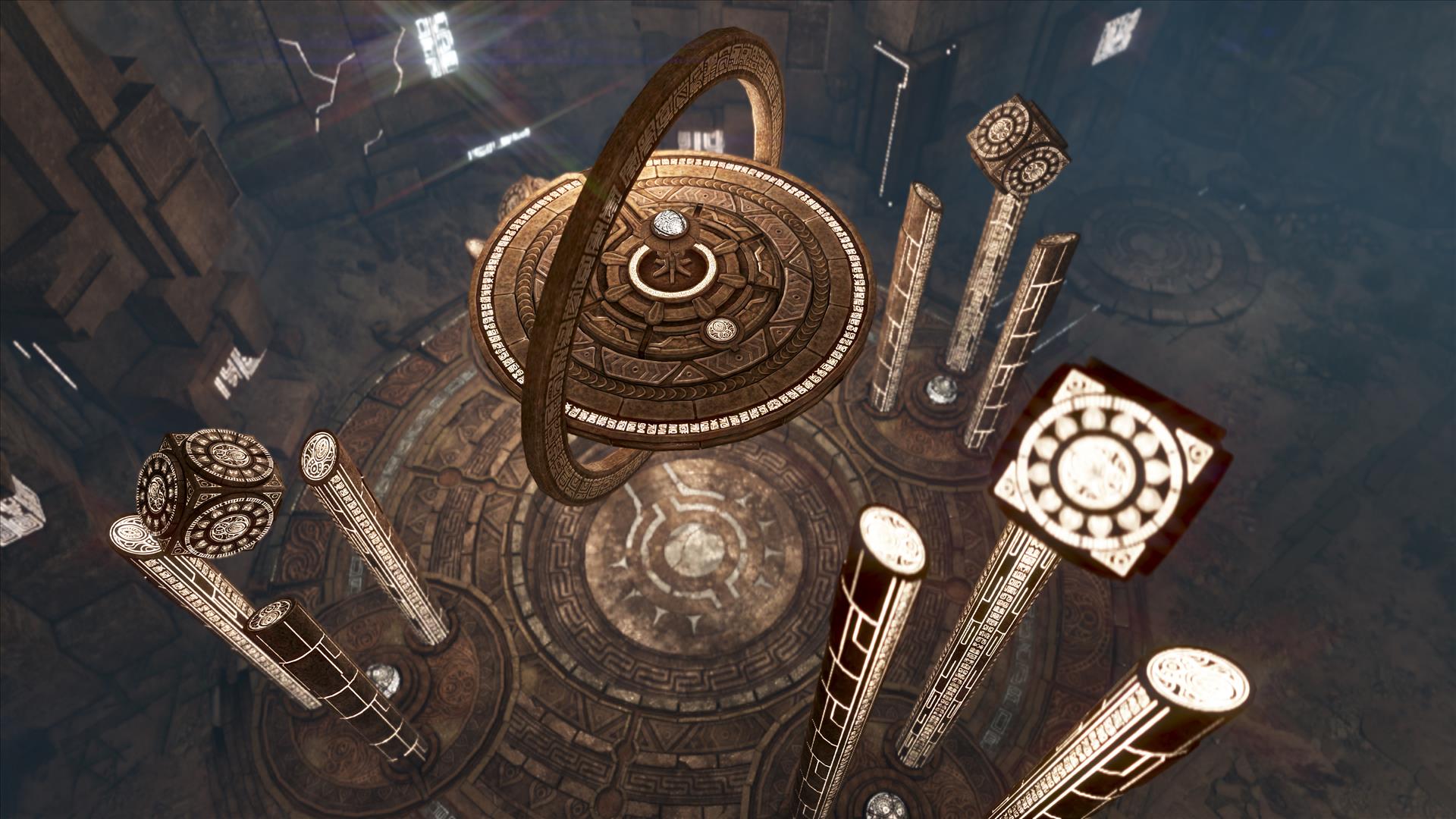 * Season Character must be Lv. 57 or higher

* Must have completed the Black Spirit’s main questline: [Invitation from I]

* Must have unlocked either Awakening or Succession

* Must have accepted the [5-person Co-op] The Last Stronghold, Atoraxxion

■ Rift's Echos with the GMs

Rift Echos are a way to obtain a bunch of season enhancement materials. To help Adventurers out, the GMs will be hanging around the Rift's Echos! 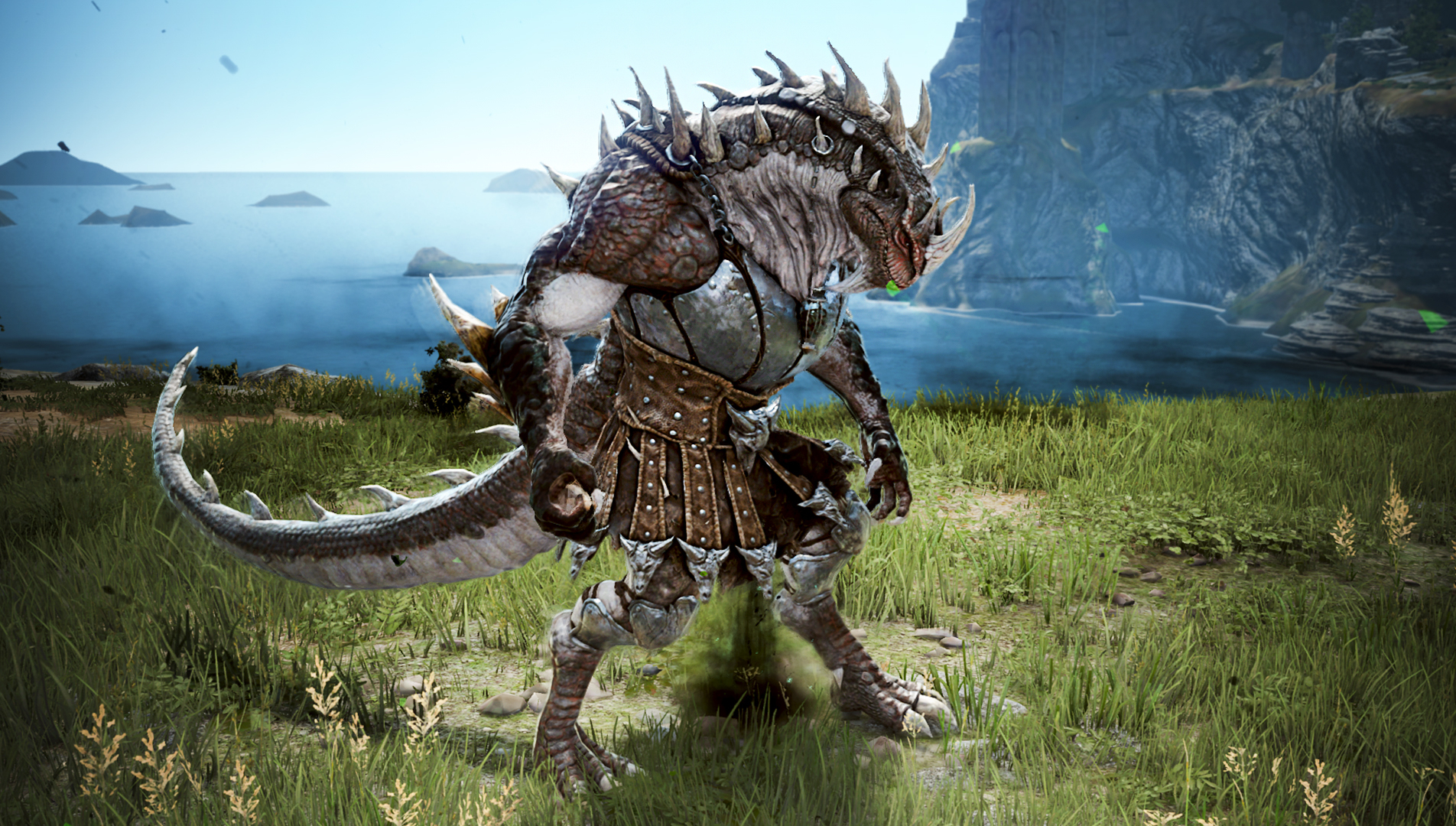 What is a Rift's Echo?

An item that is said to open a rift that calls forth various monsters, including Red Nose, Dastard Bheg, Saunil Siege Captain, and Kavali. If you defeat the monsters that appear, you’ll be able to obtain season enhancement materials.

Check out the times below and join the GMs for some Rift’s Echo runs to get yourself a ton of rewards! We’ll see you on the season servers! ༼ つ ◕_◕ ༽つ

The Frozen Tides Black Stone is an enhancement material that has a 100% chance of enhancing Tuvla Gear from TET (IV) → PEN (V)! (* Excludes Tuvala Accessories)

This is a must-have item for Adventurers looking to get ready for graduation!

Adventurers who progress through the Season Pass can obtain the Frozen Tides Black Stone as a reward for reaching level 61!

[2. Reward for Defeating the Skittish Afuaru]

There’s a low chance that the Skittish Afuaru will appear in the 3-party monster zones (Waragon's Nest, Basilisk Den, and Shultz Guard) on the season servers! If you defeat Afuaru, you have a chance to obtain the Frozen Tides Black Stone as loot!

① Graduation is available after the August 11 (Wed) maintenance.

③ Use the coupon to select the special gift you want!

④ Not ready to graduate? Join the GMs for some Rift's Echo runs!

View list
Comments 3
LeanaZee
Lv. 60
can i use fughar time piece before finish the early quest ?
0
KIRARYNN
Lv. 62
@LeanaZee Yes you should xD Don't graduate yet if u haven't used Fughar's Timepieced for another character~! Another level 61 with plenty of skill points is too good to pass >w<
Also it did mention above that u can't graduate even if u wanted to if u still have the Timepiece with u~