Have you heard, Adventurers?

During this event, you’ll have DOUBLE the chance of obtaining Boss Gear from the World Bosses!

This includes not only just their respective Sealed Weapon Boxes, but also the incredibly powerful Hearts of Vell, Garmoth, and Karanda!

① During the event, you’ll have DOUBLE the chance to obtain Boss Gear from the World Bosses!

▲ When a World Boss spawns, an alert message will appear at the top of your screen. 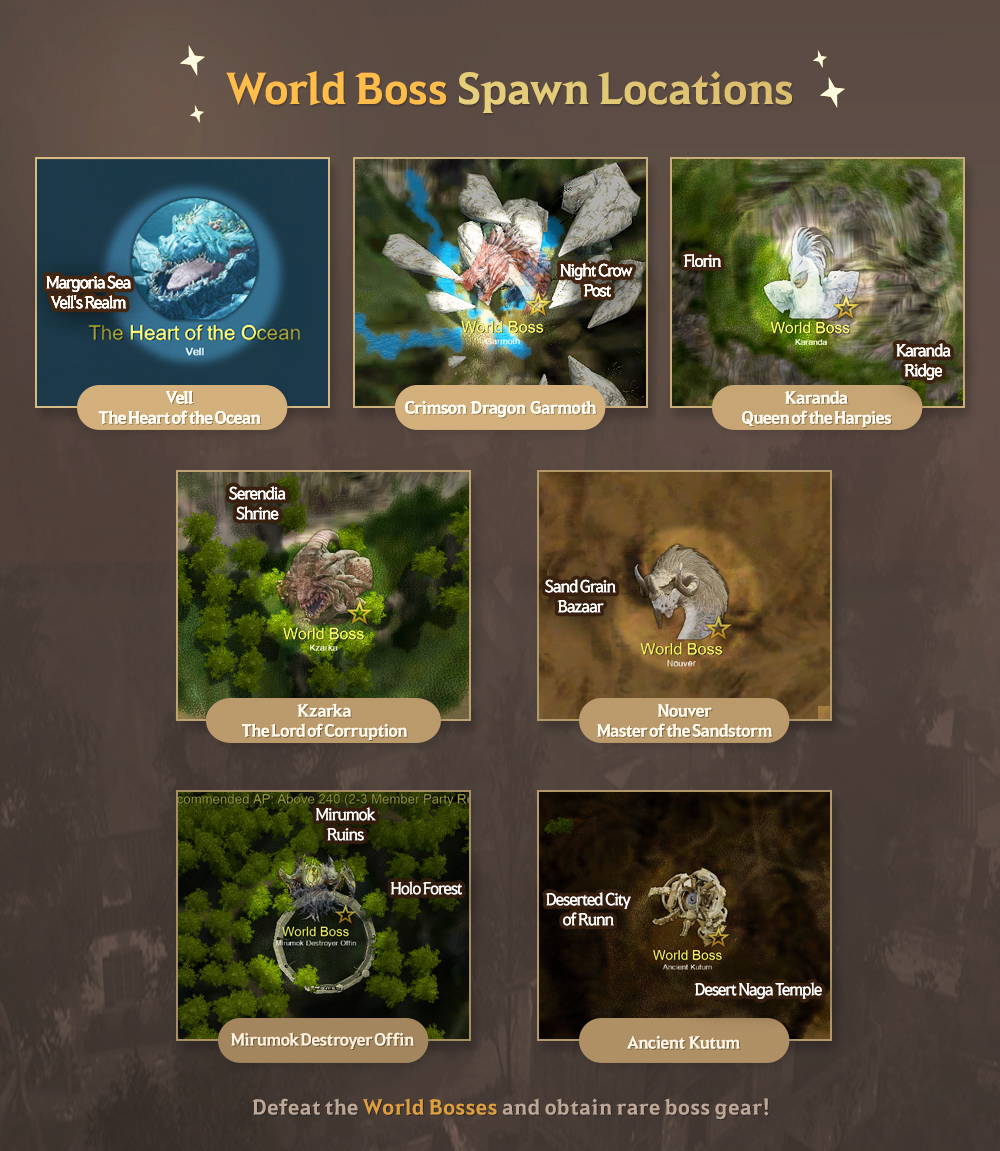 - Vell and Nouver respectively appear in Vell’s Realm and the Great Desert, which are locations where you won’t be able to see your exact spot on the map. If you’re unfamiliar with the area, make sure to bring a compass to help you find your way!

2. Before you head off to the World Boss, make sure you have sufficient AP/DP on your gear!

3. Beware! If you die to a World Boss, you’ll receive a death penalty!

4. If the World Boss isn’t defeated within 30 minutes, they will disappear.
- The HP of a World Boss is shared across all servers. Don’t worry if you don’t see your fellow Adventurers, you’re still fighting alongside them!

5.Once a World Boss is defeated, Adventurers will be given loot depending on several criteria, one of which is the “amount of damage dealt.” However, the “amount of damage dealt” is just one of the criteria, so you can still get the rarest items if you’re lucky.
- The “enhanced” versions of the World Boss require you to deal 0.01% of their HP (shared HP across all servers) as damage to obtain loot.

③ The following gear obtainable from the World Bosses will have increased drop rates during the event.

* The drop rates of Nightmarish Kzarka, Bloodstorm Nouver, and Thundercloud Kutum are not part of this event.

* The drops rate of the Storm Devoured Dandelion Weapon Box that you can obtain from Stormbringer Karanda is not part of this event. 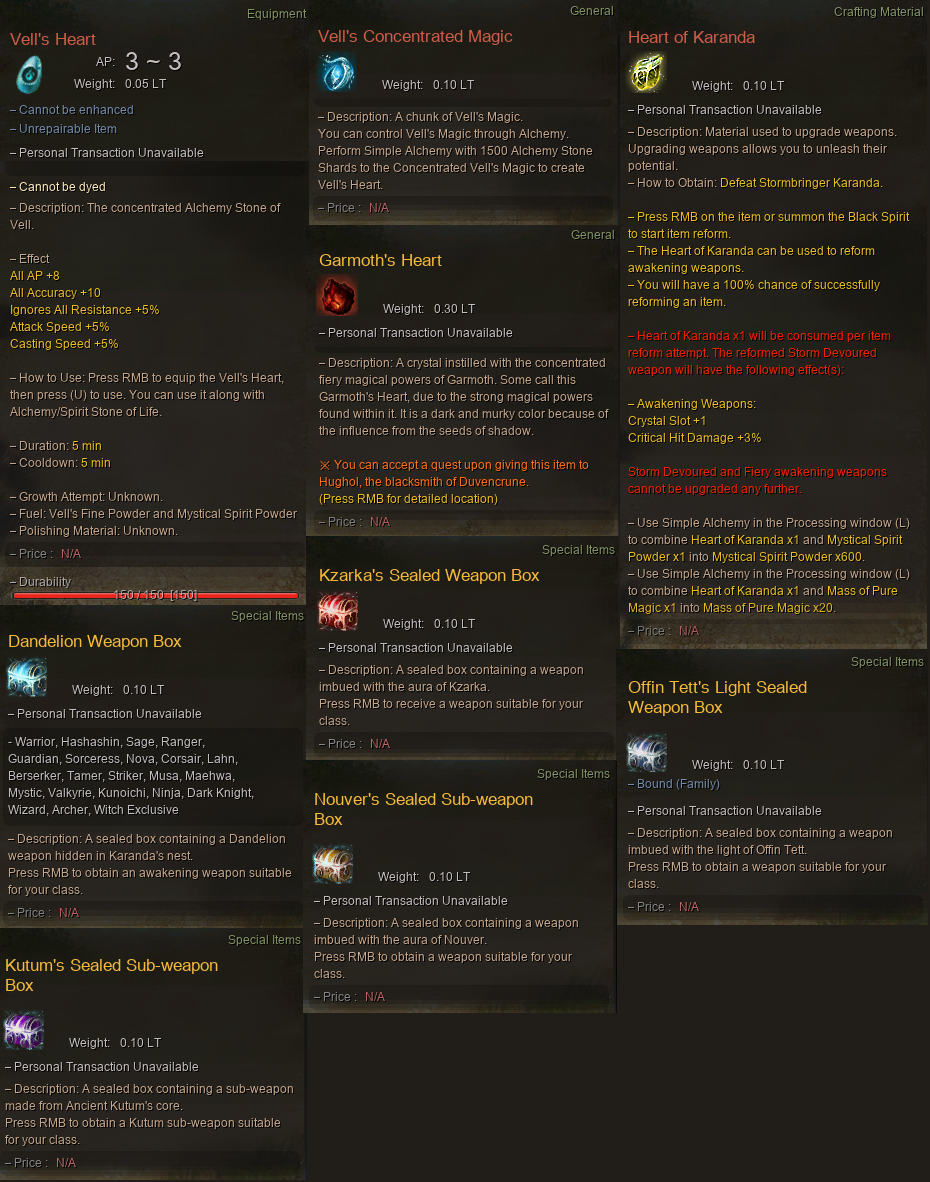 - The World Boss spawn areas may include Combat Zones, so please pay close attention to your character’s safety. We are unable to provide any compensation or recovery assistance if you suffer losses due to normal in-game mechanics.

- Items and/or rewards that were used normally cannot be recovered.