Today’s GM Note is brought to you by Artina. She’s come all the way down from Lake Flondor to introduce a special guest for the new Florchestra Instruments!

Have you had a chance to try out my instruments? The sound is really nice, but you might not know how to play them or use their effects.

That’s why I’ve brought Mister Croove to help you all! I… I could explain them as well of course, but I need to head off to find more Florchestra instruments…

So, until then, make sure to pay attention to Croove’s music lessons, so you can really shine as musicians!

You can call me Croove. I’m usually in the somewhat hidden away location that is the audio room of Pearl Abyss. I can’t help but be a little nervous introducing myself to all our Adventurers.

When we heard the songs composed by Adventurers in Black Desert, we couldn’t help but applaud your talented compositions. To think it has already been over a year since the instrument system was introduced to Black Desert. We wanted to present a music system that is fun and has never been seen before in other games. So, the effector and performance features are what we had planned out. Developing these features required a lot more collaboration and resources from other teams than we had anticipated. It’s why we decided to develop the basics of a compose/play system first to allow Adventurers a chance to dip their toes into its waters and add more advanced features later.

After a year of difficult development, I’m proud to showcase the effector and performance system called the Florchestra. The Florchestra system might be unfamiliar and difficult to understand, especially for those who’ve never studied music. So, I’ve prepared an eight-part music lesson to explain this system in a hopefully fun way.

An effector is a device that affects sound in some way to change what you hear. For example, the Echo and Reverb knobs of a karaoke machine, which change the sound of your voice to be “richer” and “fuller” when you turn it on, are known as effectors.

For instance, applying a “spatial” effector transforms the sound to give it a sense of space, such as a room, music hall, etc. On the other hand, a modulator can change the tone of the sound to be deeper, stranger, etc.

When you play a Florchestra instrument, you can place an effector to influence how it sounds! Like placing a spatial effector increases the sound’s sense of space, while a modulator affects its tone.

Florchestra Effectors Are Attached to Songs

Since effectors consume a lot of the Black Spirit’s energy (in other words, it uses a lot of your PC’s CPU), they can’t be unlimited in how they’re used and must be used as efficiently as possible. So, they’ve been set up this way. Due to the limitations of this method, if you’re playing a song with effectors, but another group is playing another song next to you, you’ll hear their sound with the adjustments of the effectors in the song you are playing. Unfortunately, there is no other way to save the Black Spirit’s energy…

At the top left of the Compose window, there are buttons to set up three effectors. Click them to open the effector’s settings window. 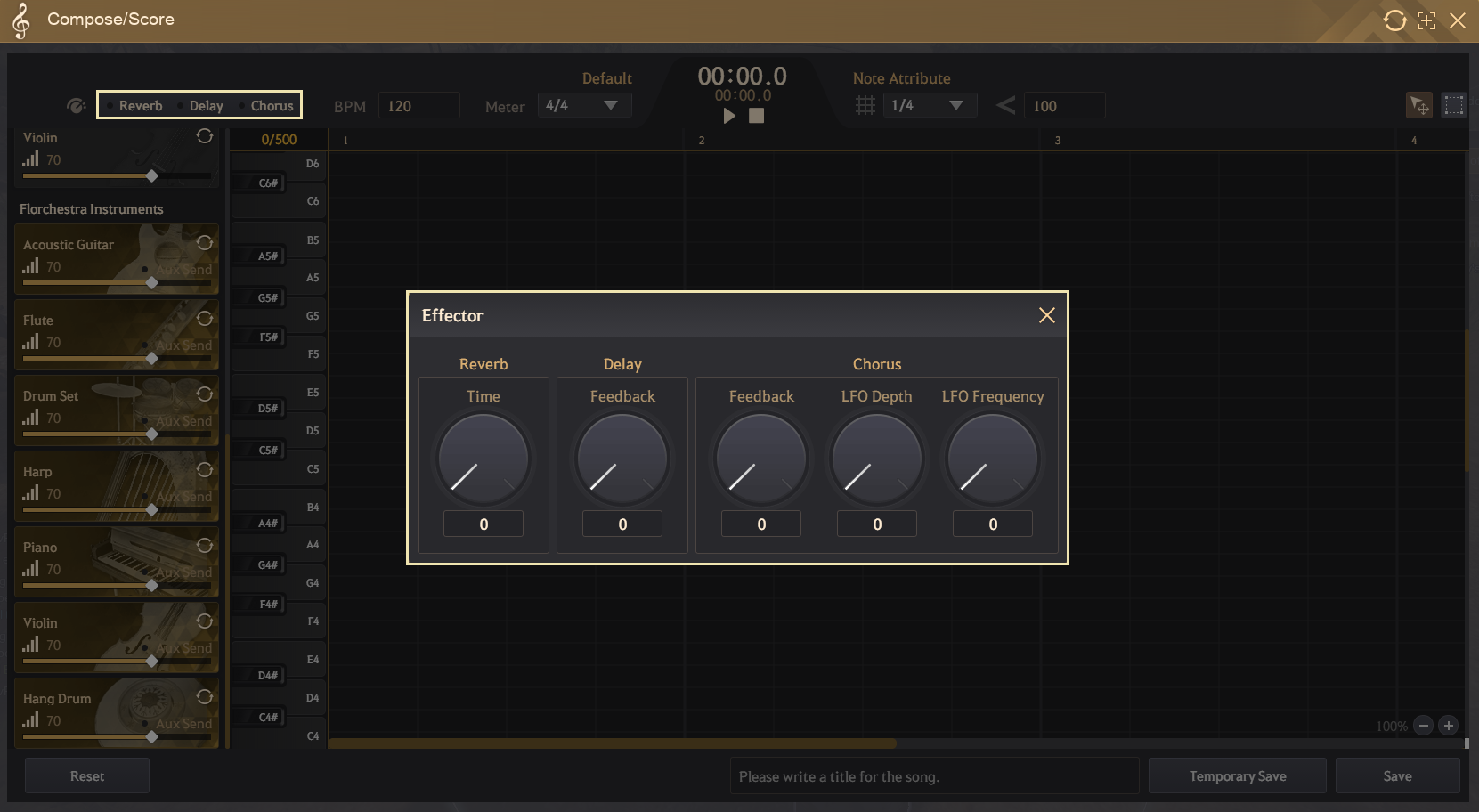 In the middle, there are “Knob” controllers that can be rotated in a circle. You can turn these knobs with your mouse or enter a number below them to adjust their value.

Although the Florchestra instruments are content that is intended for “having fun,” the terms listed in the effectors are the same technical terms used by music and sound professionals. The reason for this is to maintain the already standardized terms, since creating new ones could cause more confusion. As such, let us go over the terms and their usage below.

Time is how you adjust the length of this reverberation sound. Setting it to the minimum value of 0 will let you hear a reverb sound for a space around the size of a classroom. Increasing the Time value will make the room bigger, and raising the value to 100 will make it seem like a massive hall, much larger than an actual hall or church.

Delay causes the same sound to be repeated with a diminishing effect, such as an echo in karaoke or an echo when you shout in a mountain range. This Delay effector has a different feeling than the Reverb effector, which emulates a room. You can imagine delay being a sound echoing across the horizon.

Feedback allows you to adjust the number of times the same sound is repeated. When set to 0, you’ll hear the sound delayed twice. As you increase this value, the number of delayed sounds will also increase. At the maximum value of 100, the sound will be delayed 20 times, becoming smaller and smaller the further back it goes and creating the effect that the sound is echoing far beyond the horizon.

When we originally created the Delay effector, we wanted to make it possible to also adjust its time, but the game’s audio engine limited the ability to adjust the delay in real-time. As a result, we, unfortunately, weren’t able to implement this, but we adjusted the time value to make it as universally appropriate for as many genres as possible.

Chorus is a modulation effector (modulator) that copies several sounds and transforms them to play at the same time. For instance, connecting a Chorus effector while I’m singing would cause my voice to be copied several times and played at the same time. Basically, it makes you feel like you’re playing in a chorus, so the effector is aptly named as such.

Adjuststhe number of copied and repeated sounds. If you increase this value to 100, the same sound will be copied a large number of times and played together. However, the same sound overlapped several times at the same time causes the sound to shift in a strange and fun way, sort of like how you sound when you have a cold. This is sometimes called the flange effect.

Truthfully,we originally intended to let you adjust the feedback value way more aggressively, but beginners could adjust this value incorrectly, which could cause them to hear sounds like a jet taking off or someone screaming into a microphone. Thus, we limited the values to the limits of sounds made in nature...


LFO Depth
LFO or Low Frequency Oscillator (different from UFO!) is an unseen part of Florchestra instruments, which moves in an up and down oscillating shape. By changing the LFO Depth, you can adjust how much the original sound will be affected by the LFO, altering the sound to be mushier/weaker depending on how you set it. If you were to set LFO Frequency 0 and adjust the LFO Depth to 100, you’d hear a “stickier” and “mushier” sound when you apply the chorus effect pedal on an electric guitar. 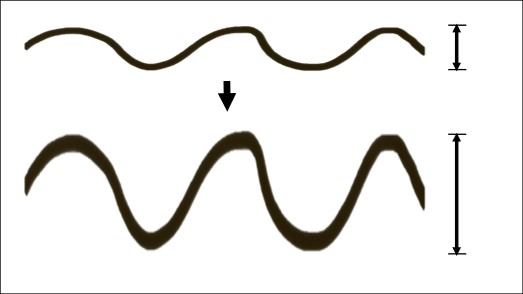 Unlike a UFO, the Florchestra’s LFO continues to curve in a line from top to bottom unseen. Setting the LFO Frequency to 0 slows down the speed it travels from top to bottom, while raising this value will cause this speed to gradually increase. So, if you raise this value to its maximum of 100, you’ll experience a sound similar to a fast-moving UFO in a sci-fi movie. And if you were to raise the LFO Depth to 100 while in this state, it will change this sound to be as if the alien piloting the UFO is causing it to fly up and down rather quickly and aggressively. You could say the Florchestra instrument would no longer be a simple instrument like this, but a device producing the strange and mysterious sounds of the Black Spirit... 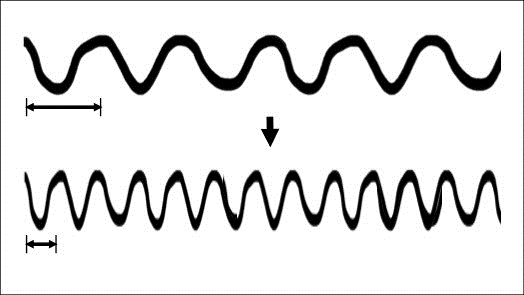 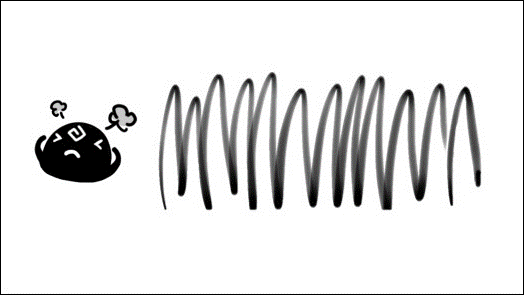 Have you had a chance to try adjusting the effectors? You might be wondering why the sound doesn’t change no matter how many times you change the knobs above.

Take a close look at the tracks of the Florchestra instruments. You’ll notice the words Aux Send with an empty-looking hole next to it above the volume slider. Click on it to see the window below. 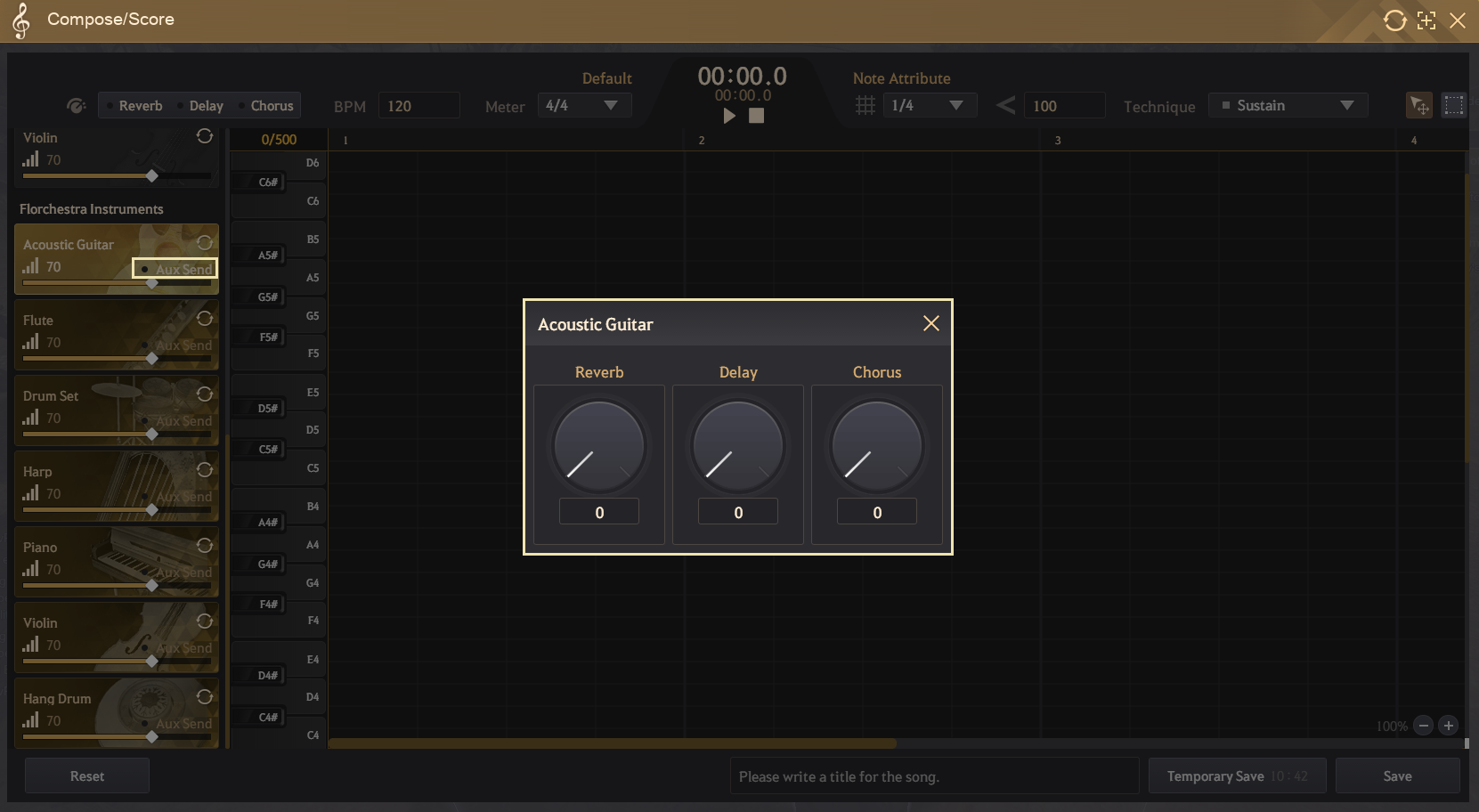 This window will contain adjustable knob controllers with their values in number form. Changing the value to a number other than 0 will activate the previously empty-looking hole. When you first create a composition, the “Aux Send Volume” is all set to 0. As a result, the effector sounds will not be audible.

It was mentioned previously that Florchestra instruments use the effectors attached to the song. If you want to use the Florchestra Effectors, you’ll need to send the sound through a shared space (for our purposes, imagine a large sauna) that’s the Aux Send effector. However, the Aux Send isn’t simply something you send sound to, it’s also where you can adjust the sound’s volume. The Florchestra’s Aux Send window has three knobs: Reverb, Delay, and Chorus. 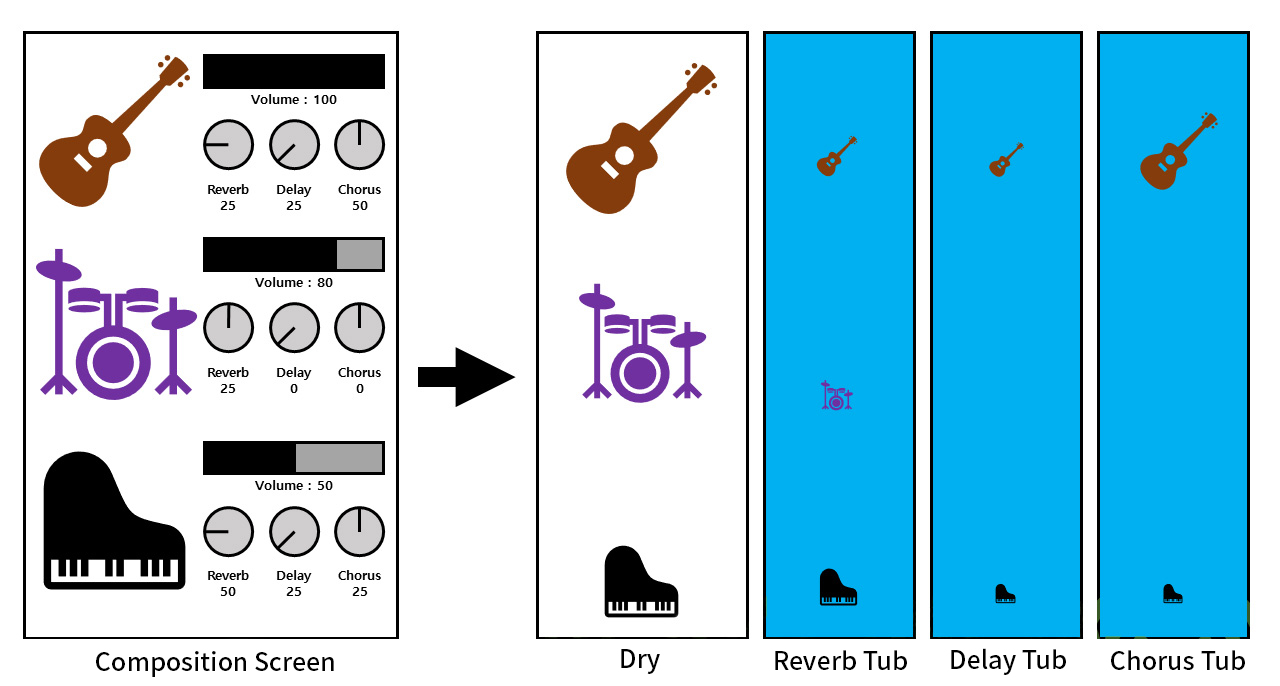 ▲ An infographic showing how setting the Volume and Aux Send Volume of the Composition window changes the volume of the instruments.

Let’s say you played the Florchestra Flute with the volume set to 50, and the volumes of Aux Send to Reverb = 50, Delay = 20, and Chorus = 100. What volume would each sound have?

The correct answer is: Dry = 50, Reverb = 25, Delay = 10, and Chorus = 50. If you have a good understanding of mathematics, you might quickly grasp why the values are like this. Basically, Aux Send’s volume is dependent on the instrument’s volume.

Not sure what that means? Here’s a picture explaining it. 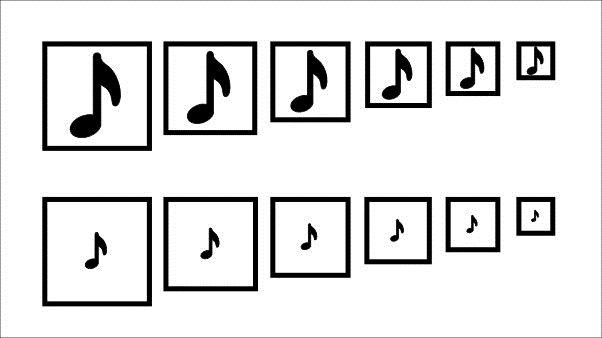 ▲ Square is Volume and Notes are Aux Send

In terms of sound, the advantages of the Aux Send method is that the original sound remains untouched even after applying the effector, making the sound more natural. The disadvantage is a bit minor in comparison, but it means that each Florchestra instrument can’t be independently influenced with different reverb, delay, or chorus effects, so only the “wet” sound can be adjusted. Furthermore, the core sound must remain, so you can’t give the sound a complete make-over.

Many Adventurers will probably want to experience the change in sound as much as possible, so they’ll try to increase the volume sent to Aux Send to its maximum. However, like a bathtub filled to the brim with water, changing sound this way makes it very chaotic, noisy, and overflowing. Try to adjust the settings appropriately and change the tone in a sophisticated and beautiful way, like finding the perfect balance of seasonings to create the perfect dish.

Whew, that was quite a lot to write. However, such a difficult subject matter necessitates a lot of examples and phrases, making the text longer and longer. Please don’t feel like this is something you need to read for an exam later. Just take your time to leisurely enjoy it!

Thank you to Artina for bringing Croove to explain the Florchestra instruments so thoroughly. That concludes our lesson for today. Until next time!