A distant cry of a whale echoing from the ocean is the signal of the Blue Whale’s appearance. Today’s update includes the new World Boss, the Blue Whale. You need to use the hunting skill to kill this boss, which makes the Blue Whale quite different from other world bosses. Here are some helpful things to know about the Blue Whale.

◆ Things you need to know before we get started

Adventurers will need to use the hunting life skill to kill the new world boss, the Blue Whale. So, you will need to know a little bit about hunting in general. In hunting, you kill your prey using a matchlock and loot them with a butcher knife. Also as a side note, you won’t have a chance to repair your matchlock once you are at sea, so it is a good idea to bring two. 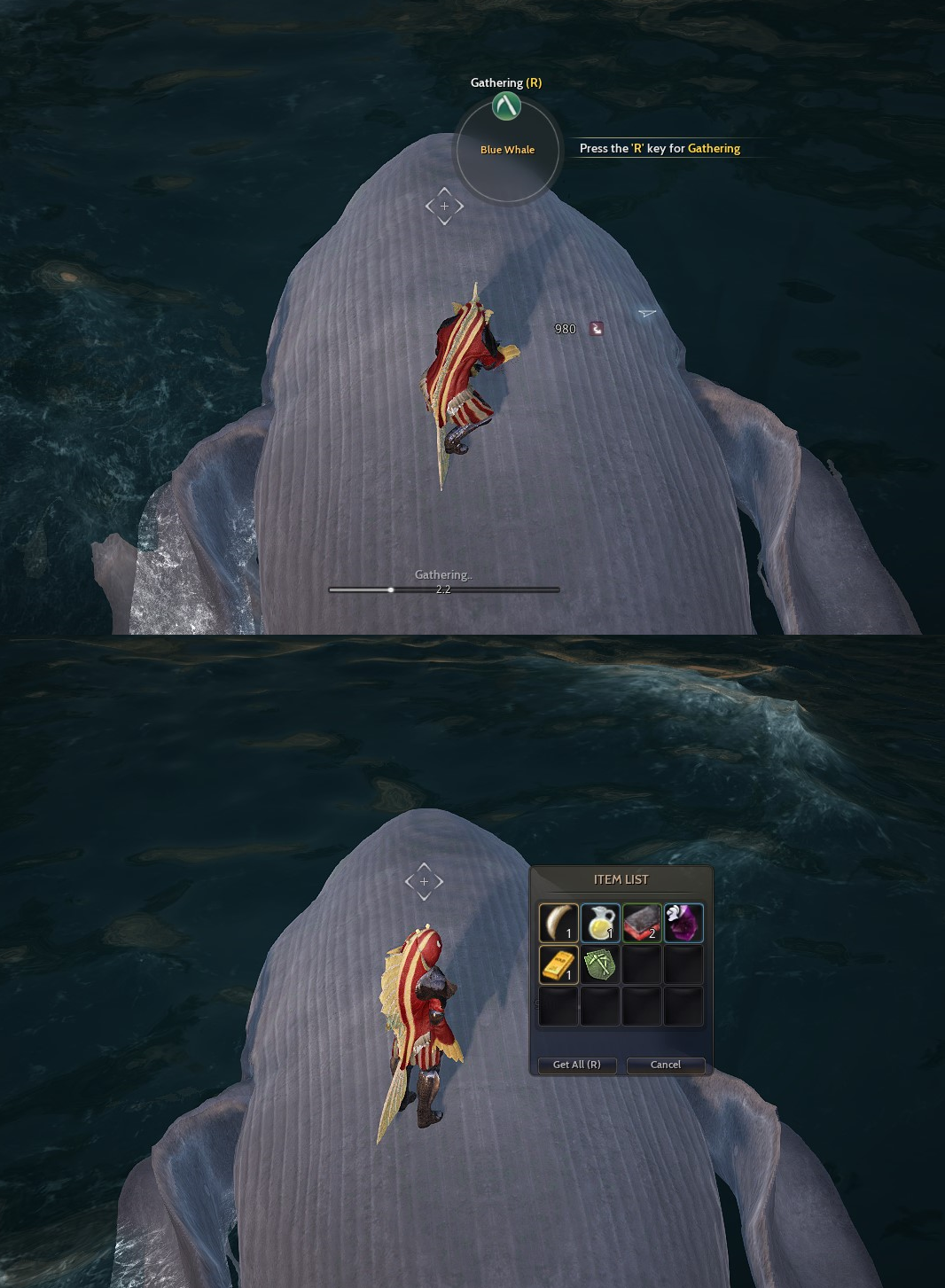 ▲ You gain EXP and items by looting the Blue Whale using a butcher knife.

Whales live in the ocean, as you may have guessed. So to catch one, you need to head out to sea. We suggest taking a fishing boat. The boat can easily chase after whales once you fully equip it to increase its movement speed. 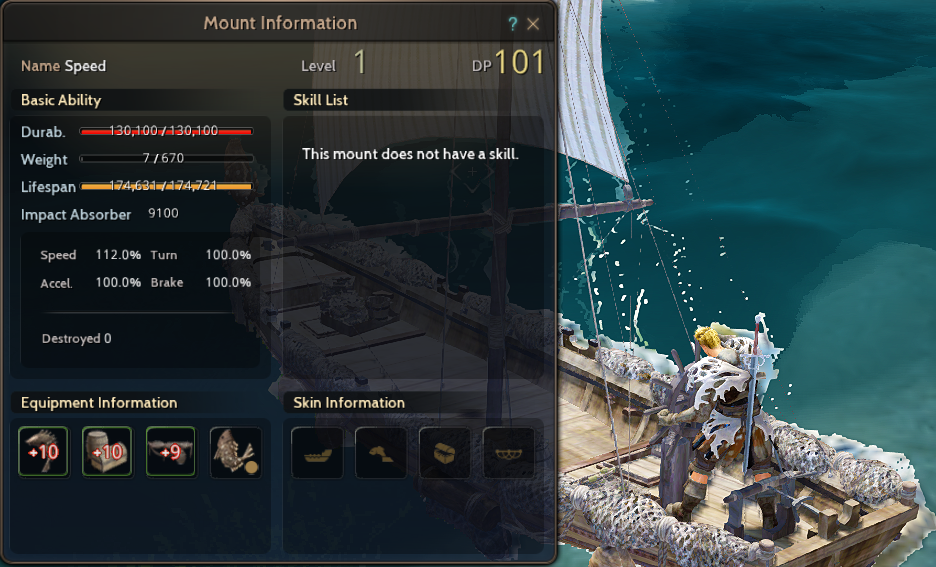 Matchlocks are affected by your attack speed and critical hit rate. So if you have both of them at +5 it makes it easier to catch the whale.

DP is no longer the most important stat when hunting whales. Therefore, it is better to wear equipment that increase stats helpful for hunting.

We suggest the Fortuna set. This set gives Luck +2, Movement Speed +3, and you have 2 slots to fuse magic crystals of your choice. 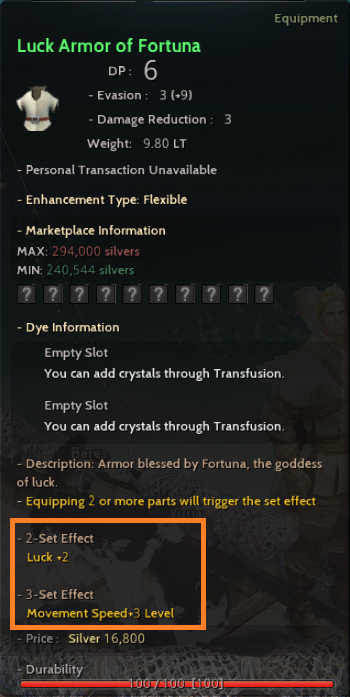 ▲ You can get Movement Speed +5 by wearing the Luck of Fortuna set’s helmet, armor, and gloves with the Zereth Shoes.

◆ Head out to sea to hunt the whale!

The Blue Whale appears randomly 3 times a day, for each server. When you see the announcement, form a party, prepare your equipment, then set out to sea for the hunt.

▲If the Blue Whale is not attacked within 90 minutes after appearing, it will disappear.

To find the whale, place your mouse over the matchlock icon on the top right corner of the screen. Doing this will show the sea that the whale currently is in. Now we can start the chase since we know which sea it is in. You could also wait for the whale to move into a new sea and use that information to to your advantage.

Once you find the whale, move your boat as close to it as you can while the rest of your party attack it with their matchlocks. The amount of damage does not matter, everyone in the party is able to loot the whale. 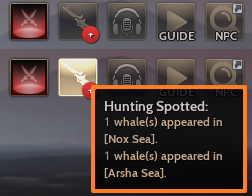 ▲ You can track the Blue Whale’s location.

▲ The whale follows a path, according to where they appeared.

After you kill the whale, it is time to reap the rewards! A successful hunt will give hunting EXP and a chance to gather materials off the whale. There are a few key items you can get from the whale: ‘Blue Whale Molar’, ‘Blue Whale Tendon’, ‘Blue Whale Oil’, ‘Blue Whale Meat’, Gold Bars, and Magic Crystals.

The molar is used to make the Blue Whale Molar Earring. It has similar stats to the popular Witch’s Earring, but it has an additional item effect of +100 Max HP. The tendons and oil are used to make elixirs, while the meat is used in cooking. 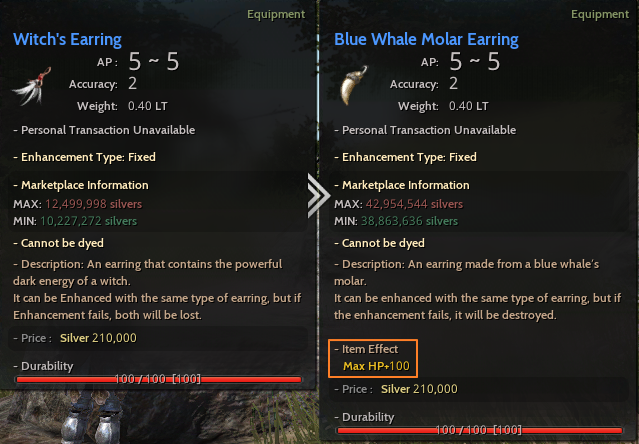 ▲ The Blue Whale Molar Earring has an additional effect of +100 max HP compared to the Witch’s Earring. 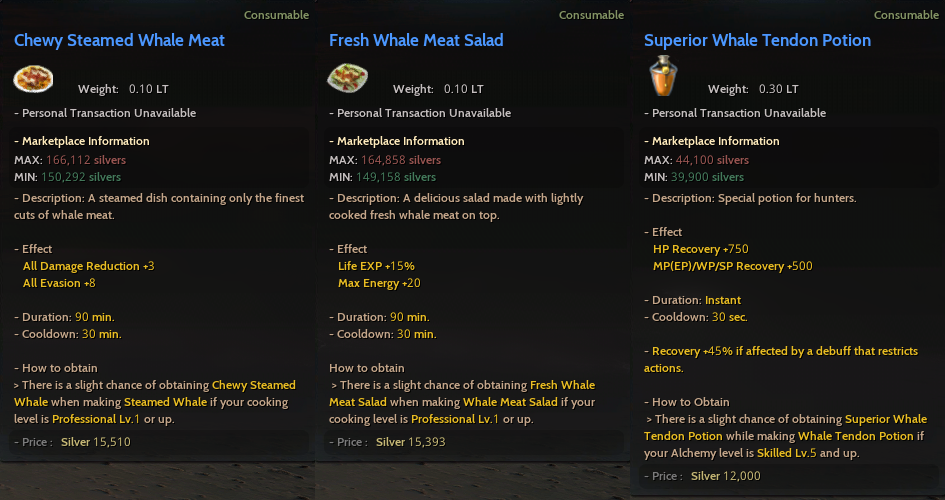 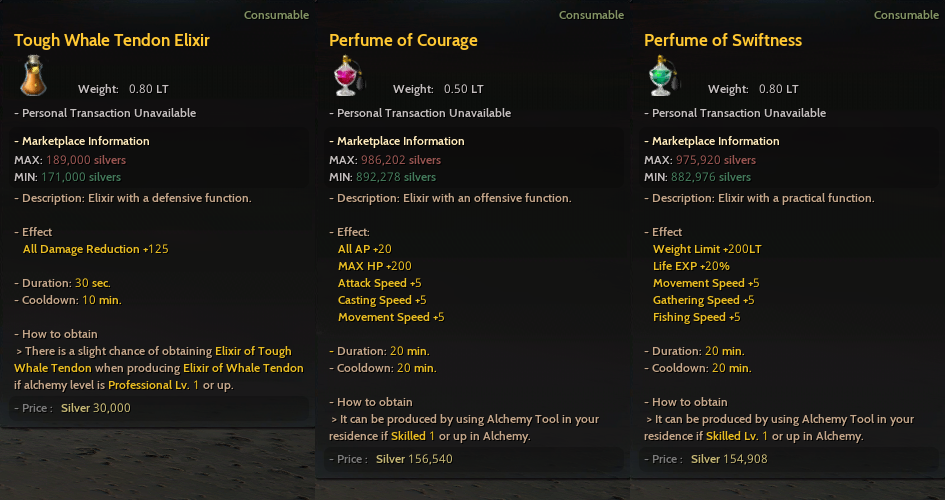 ▲ Meat, tendon, oil are used to make food and elixirs.

Once you are done organizing all the items you have gotten, go prepare for the next hunt! Repair your matchlocks, check your butcher knife, gather the elixirs and food you consumed, because there is no telling when the Blue Whale will appear again.

When you hear the whale’s cry, hop on a boat and head out to sea! This is your chance to get the materials you need!