Can you conquer this Unknown Land where countless Adventurers have tried and failed?

The doors to the unknown lands in Valencia Part II has finally opened!

The hidden stories continues and there are new systems, monsters, and items added as well!

We present to you, the new world in Black Desert Valencia Part II.

You can explore new areas like the Aakman Temple and Roud Sulfur Mine.

They may appear similar to other areas in Valencia but you will notice some differences.

A new PK (Player Killing) penalty system will be implemented only in the Valencian Desert.

You will still get evil karma (lower than -1) penalty like you did in Balenos, Serendia, Calpheon, Mediah, and Valencia (non-desert areas), but a new system will be added to the desert areas.

You can PK all you want in the desert if you are confident enough to live out your life as an outlaw.

The new PK system will only apply to the desert areas in Valencia. You are in a desert area if you cannot find themselves on the World Map or if you see the desert icon on their minimap.

You will still lose karma points for attacking or killing an Adventurer. However, the death penalty for Adventurer with evil karma is completely different in the desert.

First off, when Adventurers with evil karma get killed in the desert by monsters will lose Magic Crystals and EXP but their equipment enhancement level won’t drop. Simply put, they have the same penalties as an Adventurer with positive karma.

The difference is, Adventurers with evil karma that die in the desert to other Adventurers or NPCs won’t lose Magic Crystals, EXP, or enhancement levels and always resurrect in ‘Jail’ with a debuff. The duration of the debuff depends on the Adventurer’s karma. 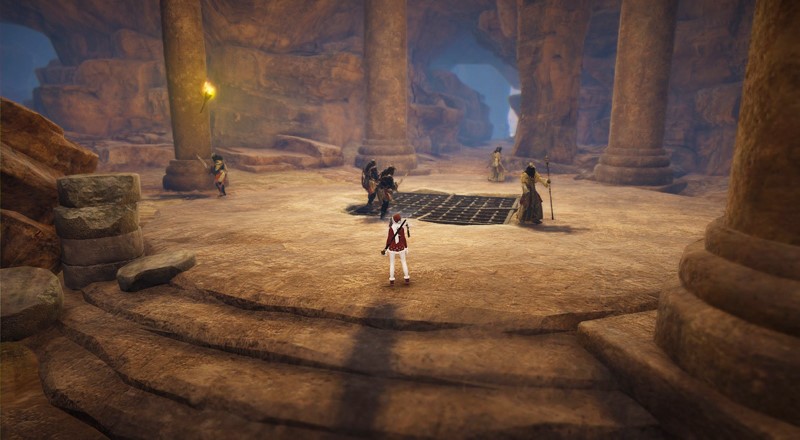 ※ Trade items are randomly dropped regardless of the Adventurer’s karma.

If you kill an Adventurer in the desert using Forced PvP, you will be marked as a ‘Villain’ for 30 minutes. A mark with a large sword will appear next to your character name. This mark will be visible even if you are wearing a camouflage set.

You will get similar penalties to Adventurers with evil karma if you have this mark. You can get attacked by other Adventurers even if your karma is above 0.

All Adventures with evil karma that die are sent to jail if they get killed by an Adventurer or NPC in the desert. The prison debuff lasts for 30/50/60 minutes depending on the character’s karma.

There are the restrictions during the debuff duration:

- Cannot use all fighting actions, Movement Speed reduced by 50%, cannot call mounts, cannot use ‘Escape’ on the ESC menu. 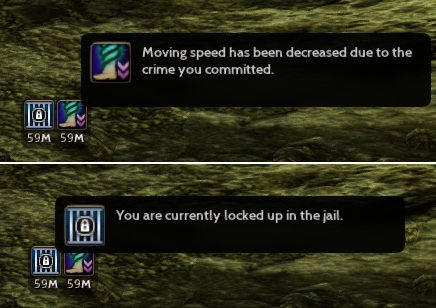 Additionally, you won’t be penalized and can only resurrect in jail if you get killed by other Adventurers or NPCs while you are in jail. Please note that you will not be able to enter or use Red Battlefield, 3:3 Arena, Horse Racing, Guild ‘Command to Gather’, Guild  ‘Create Outpost’, Horse Flute, and others.

Therefore, it’s best to get out of jail as soon as possible to remove the Prisoner debuff. There are two ways for you to get out.

There are NPCs placed at the entrance and exit of the jail. There are also warder NPCs that watch and attack prisoners. You can either get the quest from the NPC by the entrance and complete it to remove the debuff or escape through the exit by sneaking past the NPCs. 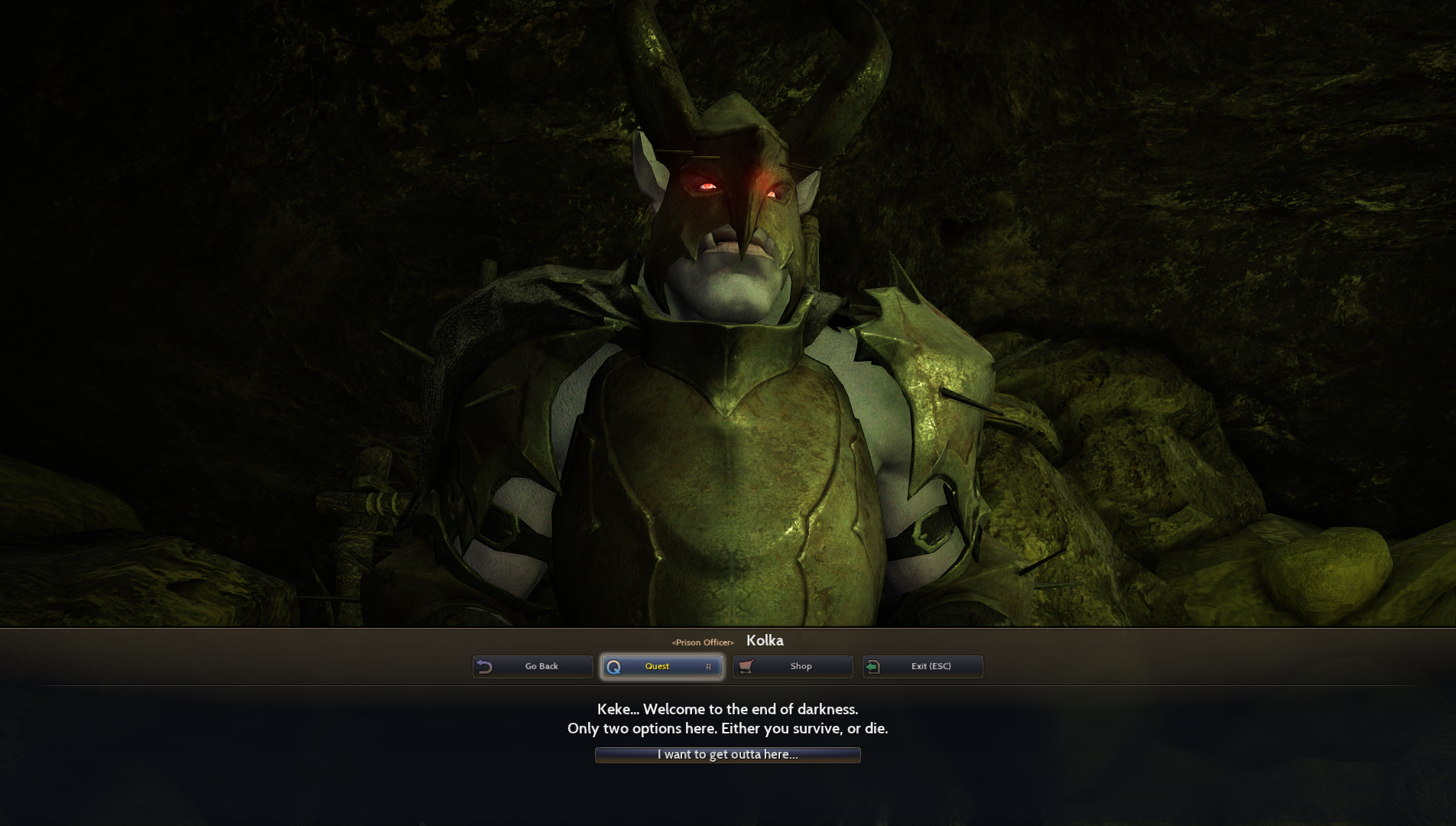 You cannot escape through the exit if you have the quest active. Either complete or give up the quest before attempting to escape.

- The Town of Outlaws - Muiquun

Muiquun is a town for Adventurers with evil karma and outlaws gather here. 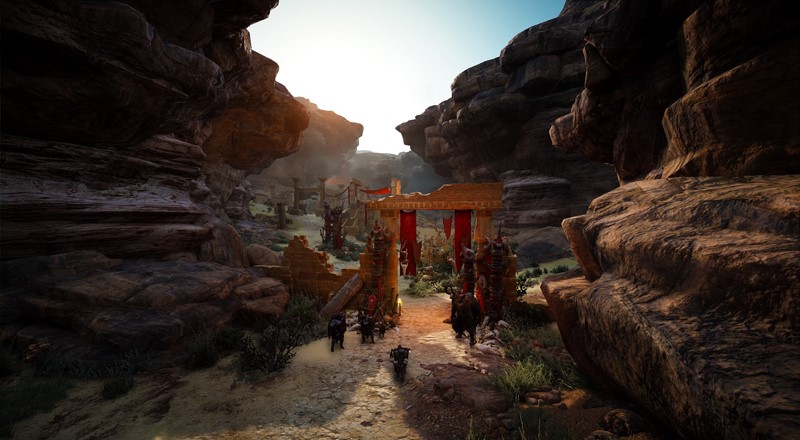 Muiquun is the only place in Valencia that is a desert and a safe zone. Therefore, there is no penalty when you die here. All Adventurers with evil karma will resurrect at Muiquun if they select ‘Resurrect in Town’ when they die to monsters or the environment in a desert.

* Note - The area around Valencia Castle that’s in the Valencia Conquest War is not a desert area! 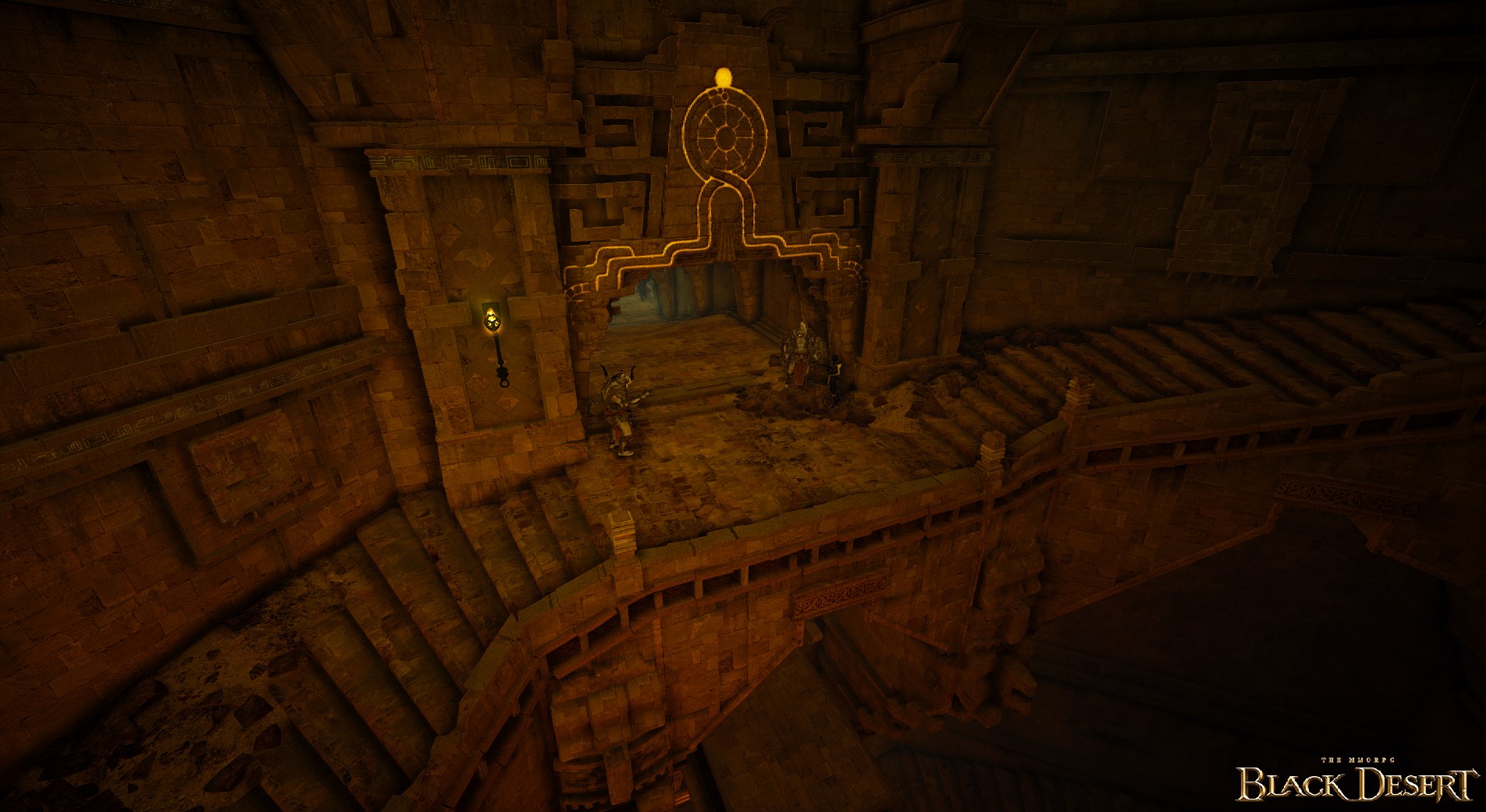 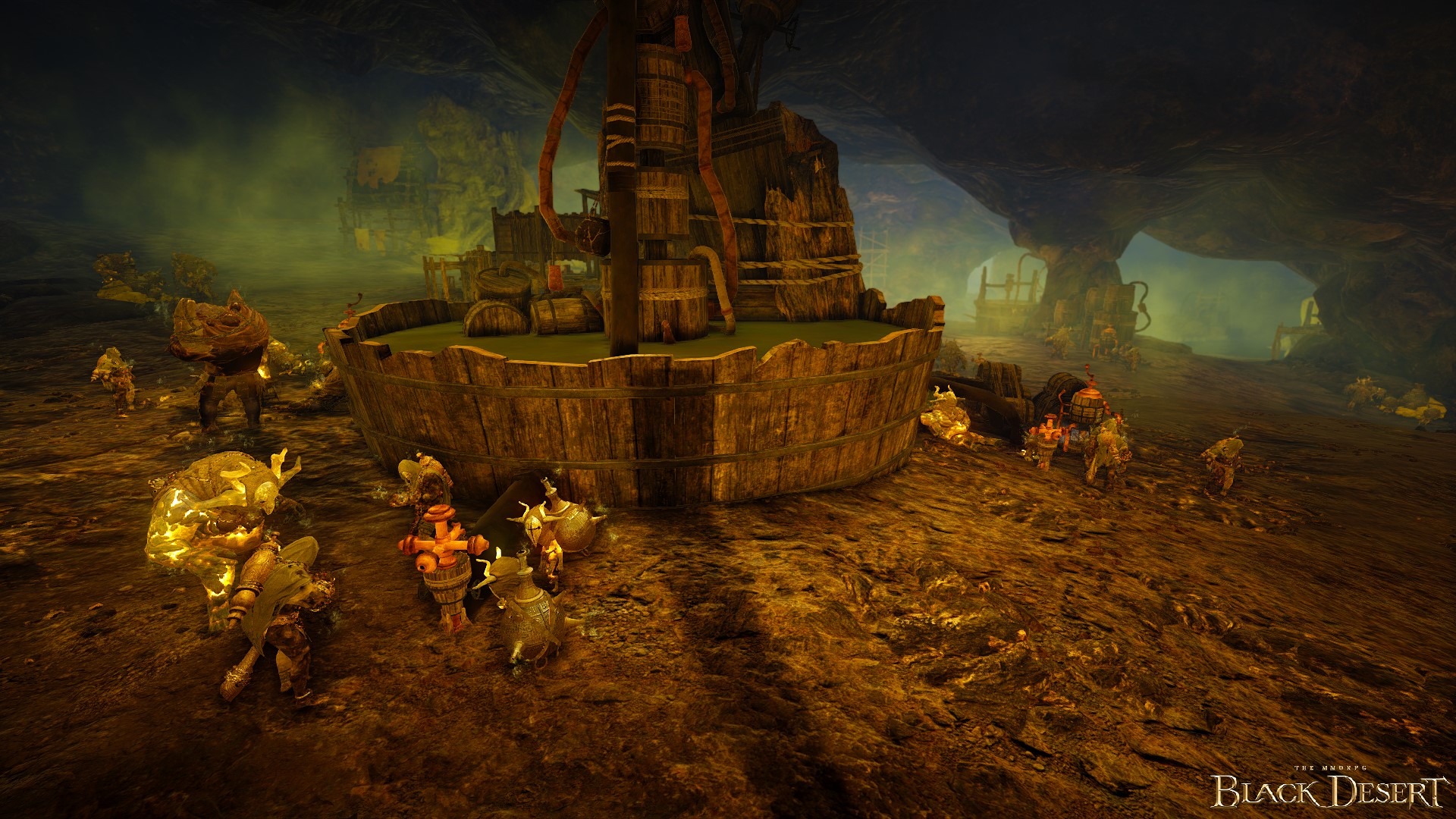 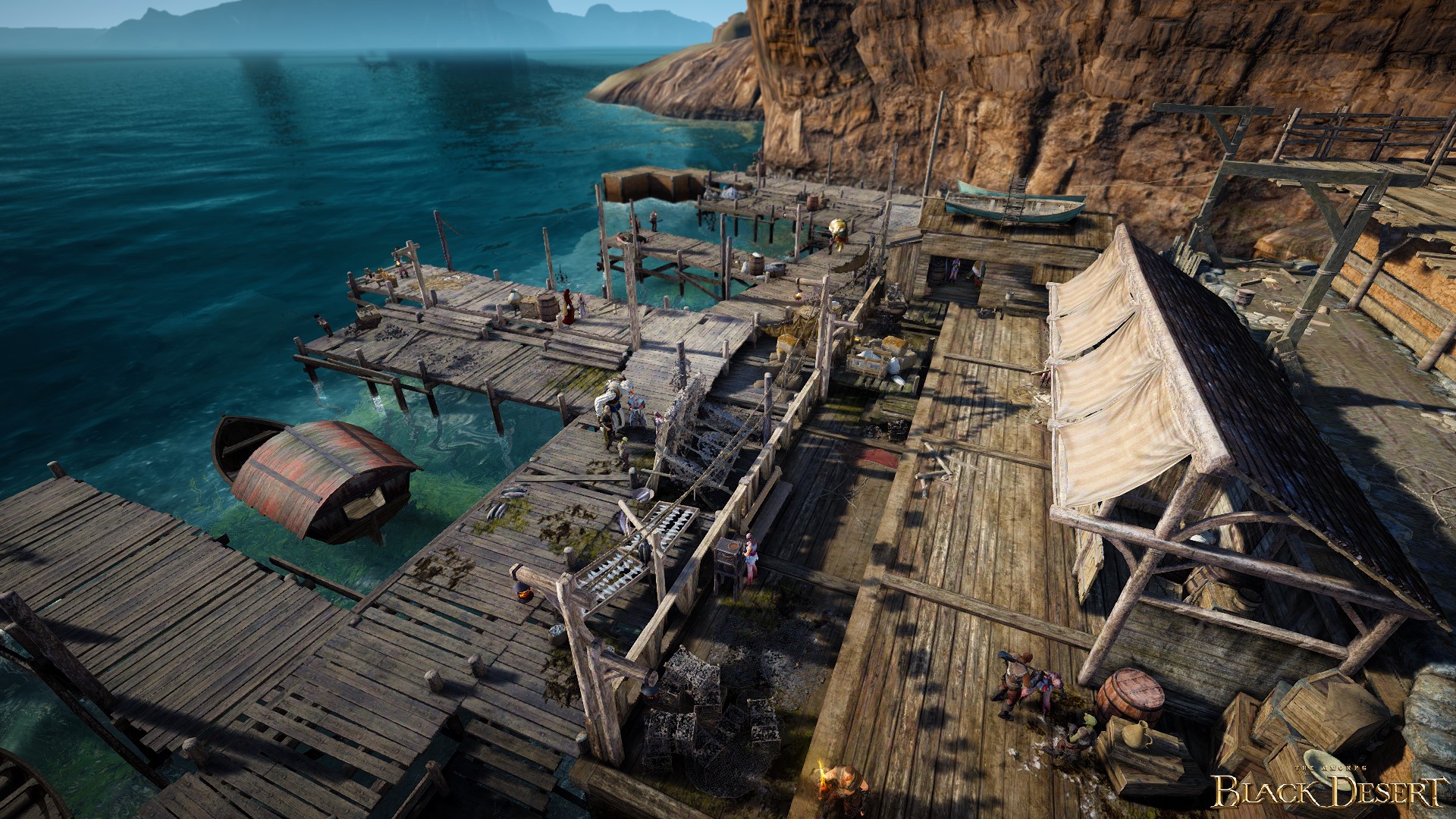 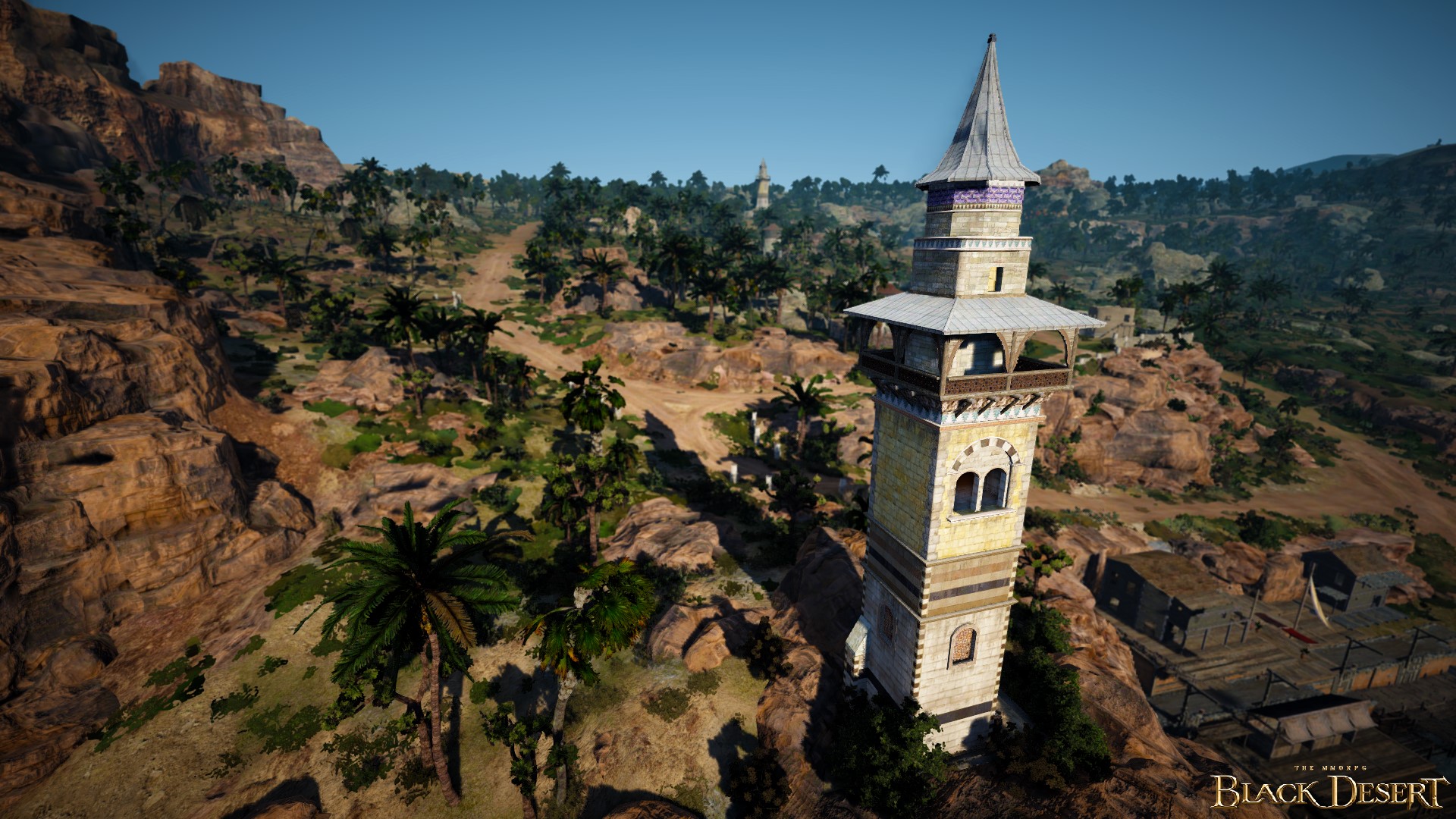 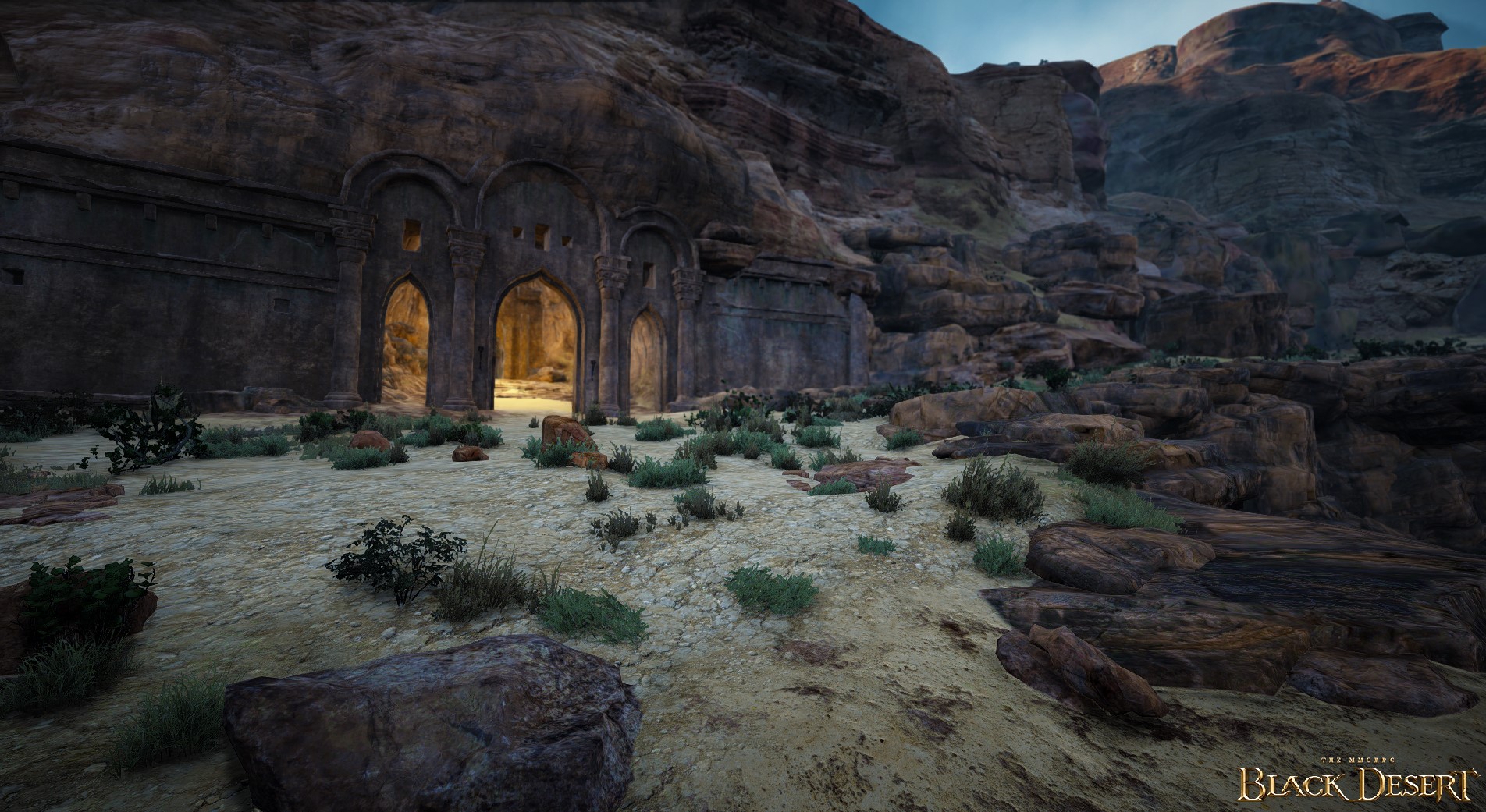 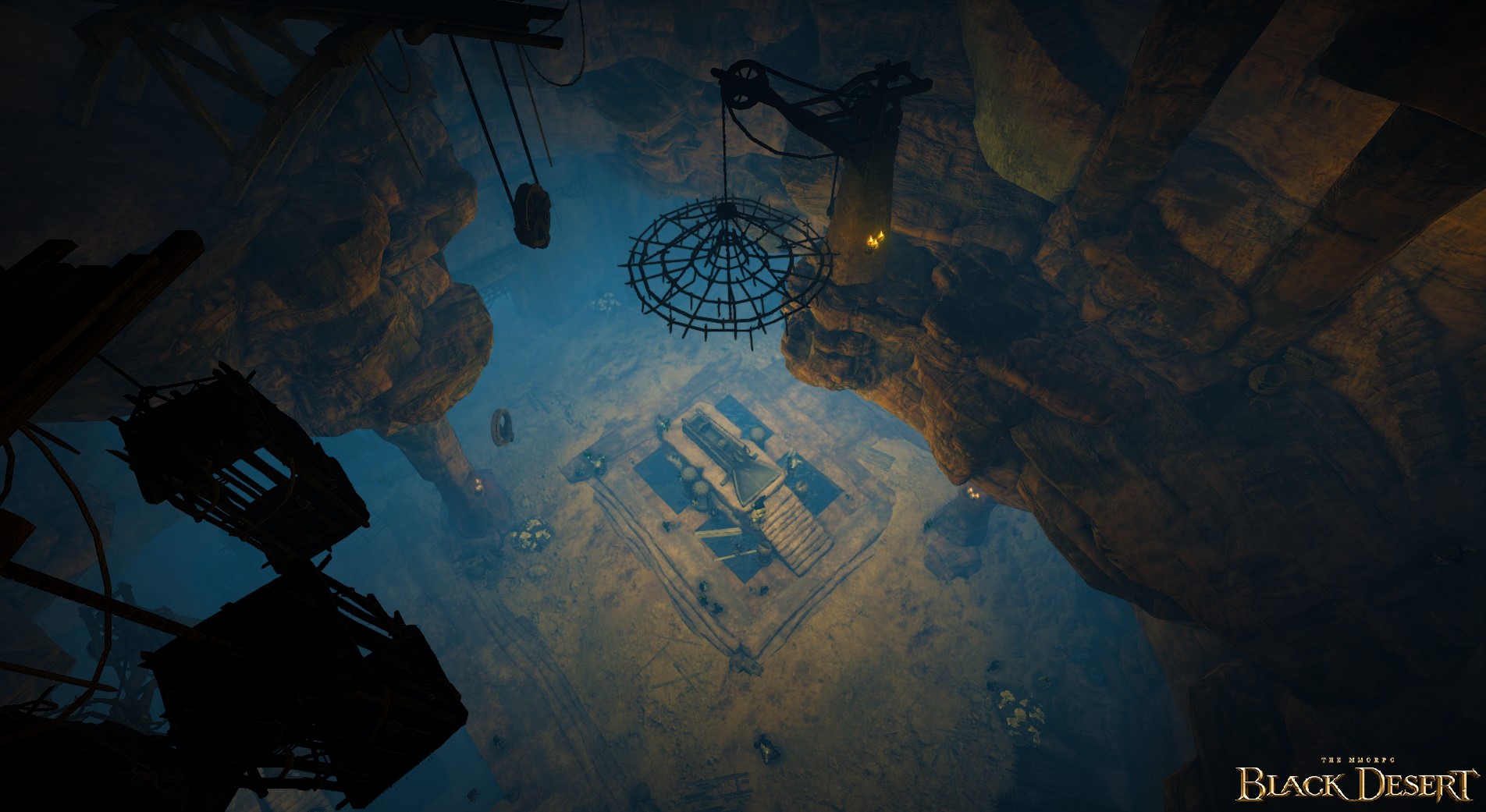 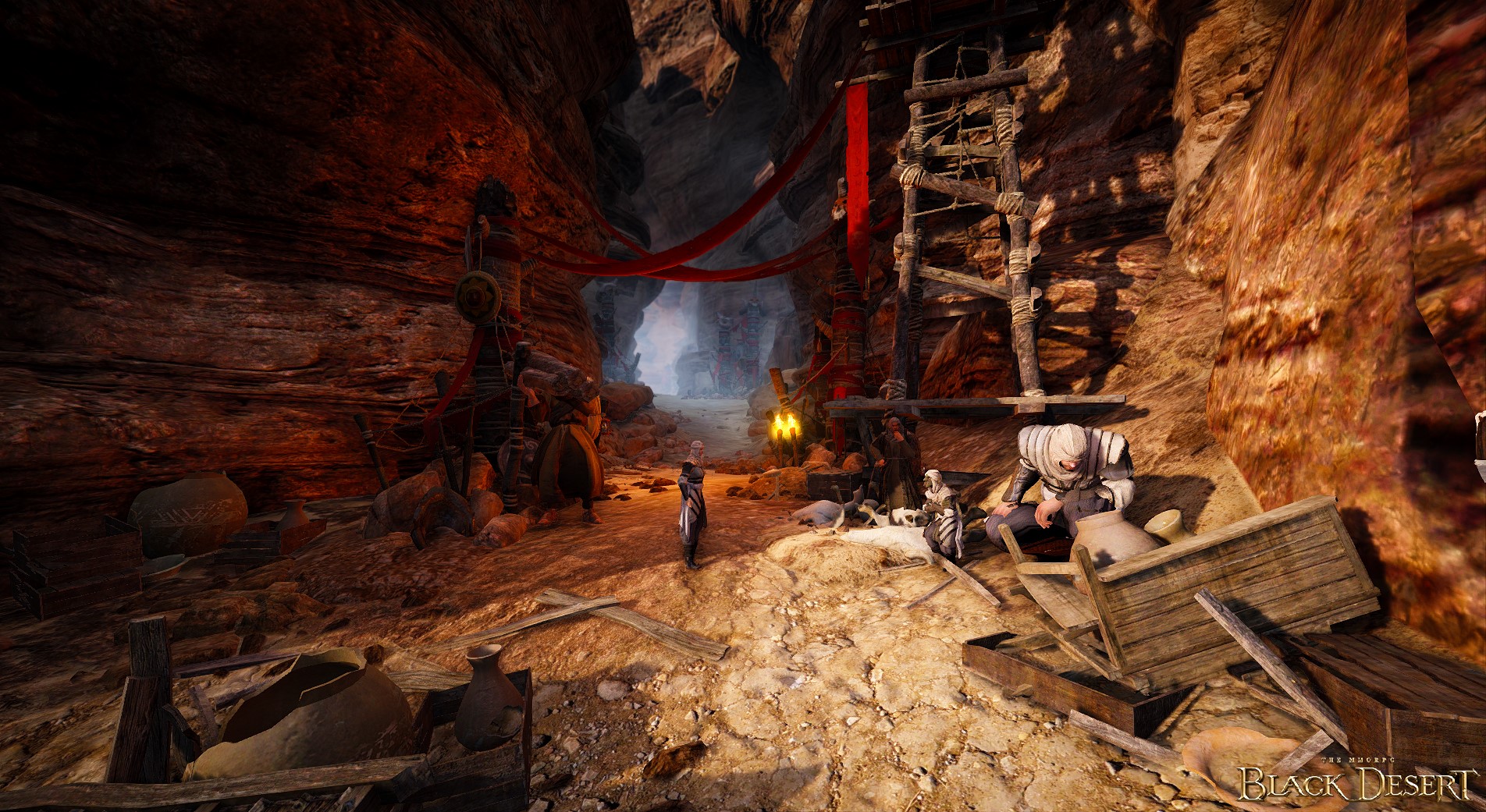 Perhaps you will be surprised by the new look or choose a life of an outlaw and wander the desert.

You’re invited to the unknown lands of Valencia Part II.

We wish you the best of luck in your battles!