Details of the Conquest War from June 2nd can be found below:

The war in Balenos was fought between Ascendance and Ares.

The defending Ares guild fought in full force and with valor however, Ascendance guild did not resist and let Ares take control of their fort. Ares was able to wipe out and destroy Ascendance for an easy win and claim territory for the fourth straight week. 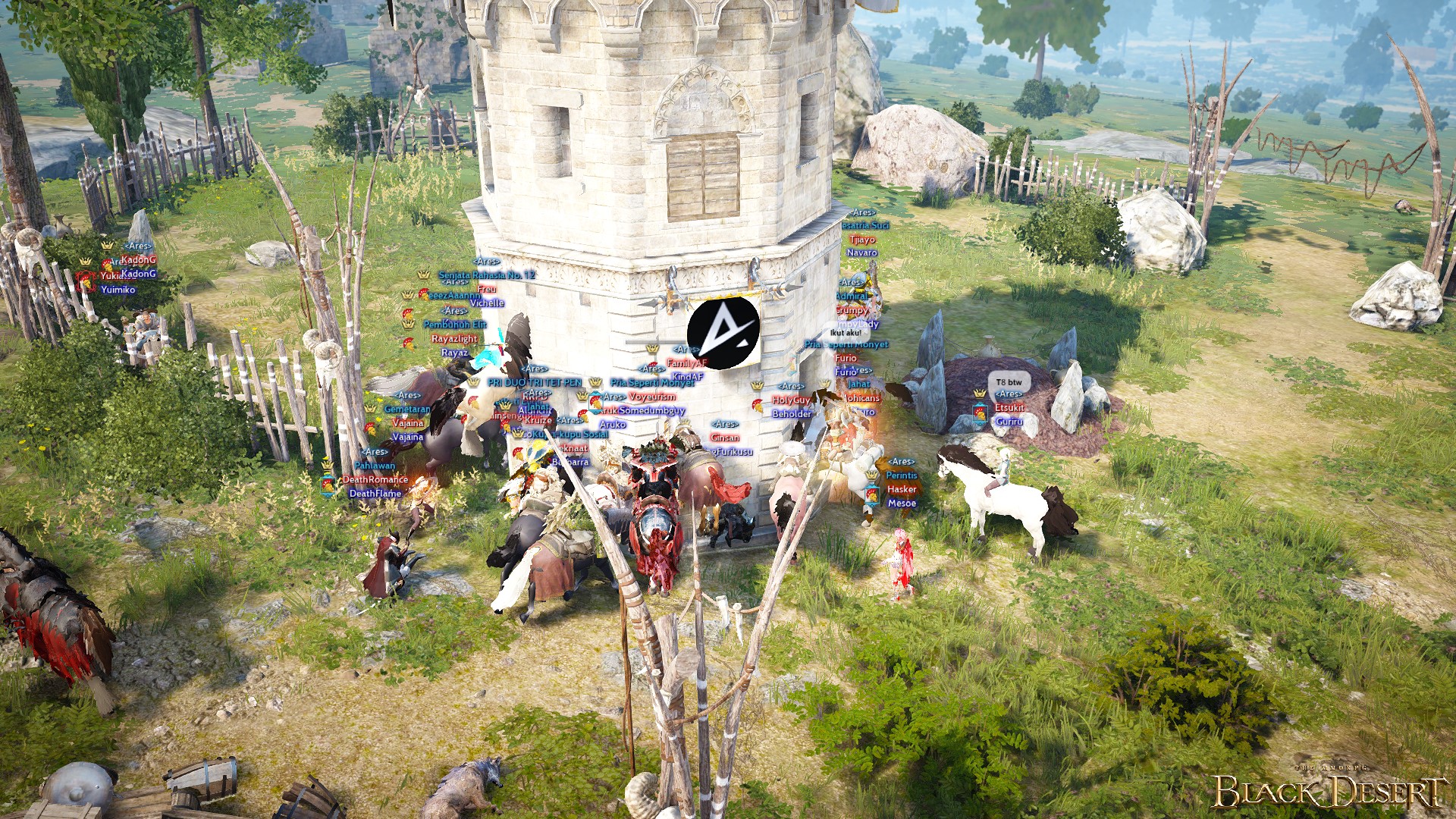 The lands of Calpheon had witnessed another intense war with the many guilds vying for control.

Despite a furious defense, MaximuM's defenders were swept away by Empire's onslaught. At the same time, PasarMalam's fort was destroyed by UNITY. 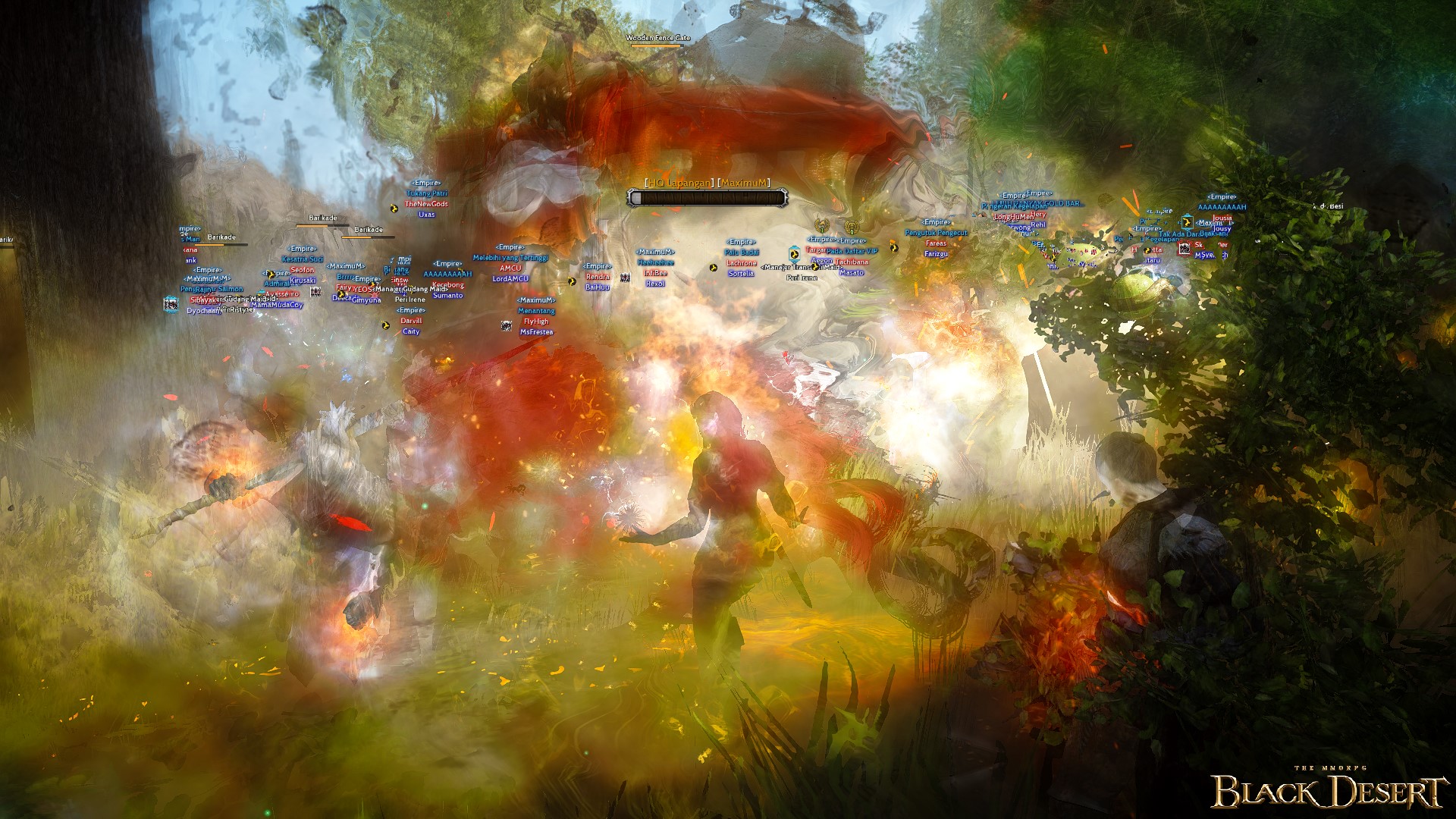 Altair's feeble defenses proved no match against Empire and Altair fell like lambs to the slaughter. 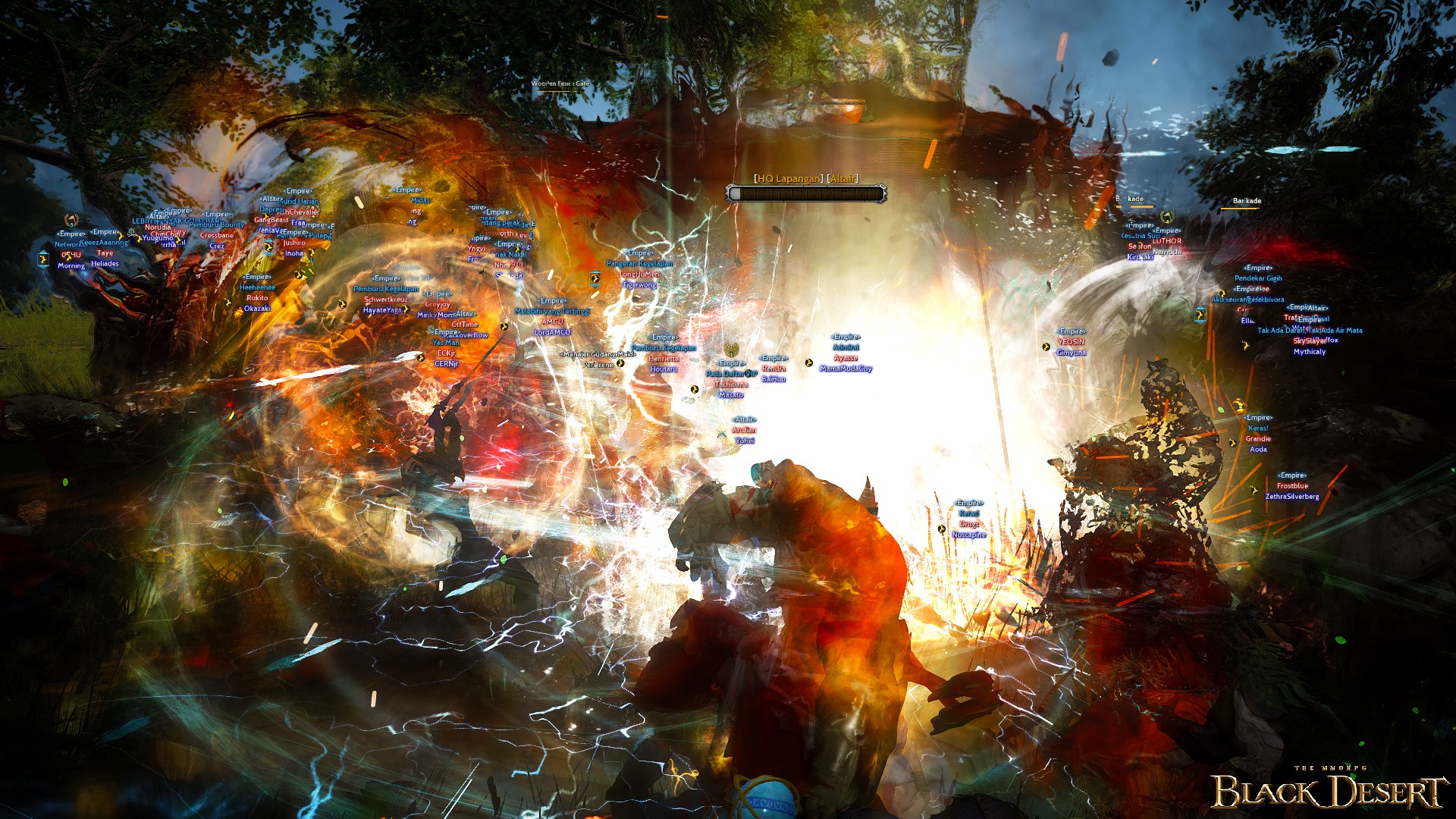 ROBBED met Empire in open combat and were repelled by Empire's superior numbers.

Empire claimed ROBBED as its next victim and stormed the already damaged fort. Exhausted from the earlier attack, ROBBED inevitably bowed before Empire's might.

A force from Empire attacked BlackOrder's base. A running battle ensued between the two guilds until Empire was forced to flee for their lives. BlackOrder pursued relentlessly, forcing Empire to jump into the river and swim to safety. 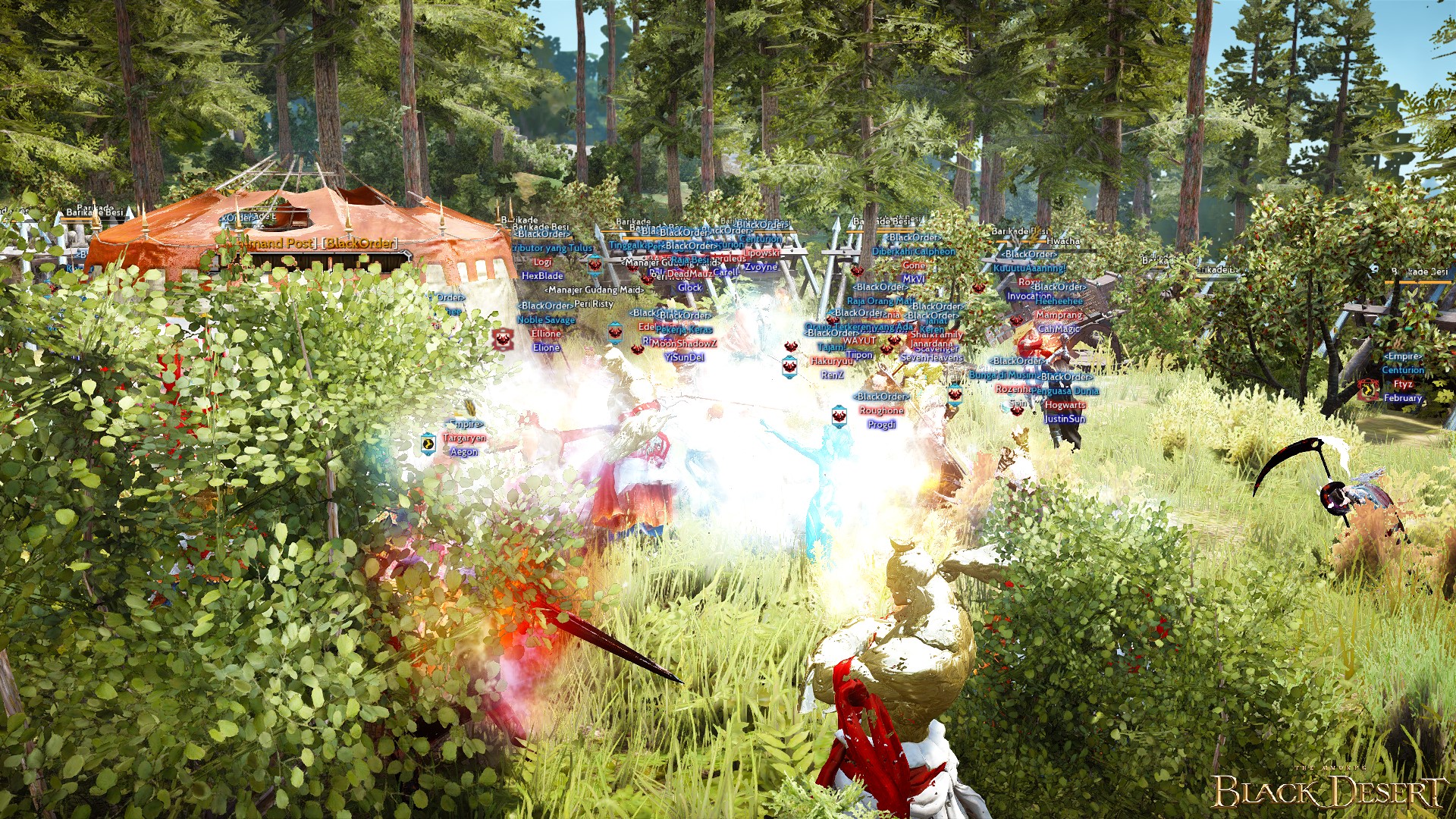 ExcelleonPH managed to inflict some damage before they fell back from UNITY's defense. Outraged, UNITY gave chase until they laid siege to ExcelleonPH's 1st gate. Empire was able to catch up and watched as UNITY attacked the gate.

Empire attacked the gate after UNITY retreated. Once the 1st gate was destroyed they stormed in then hung back as UNITY took to attacking the 2nd gate. 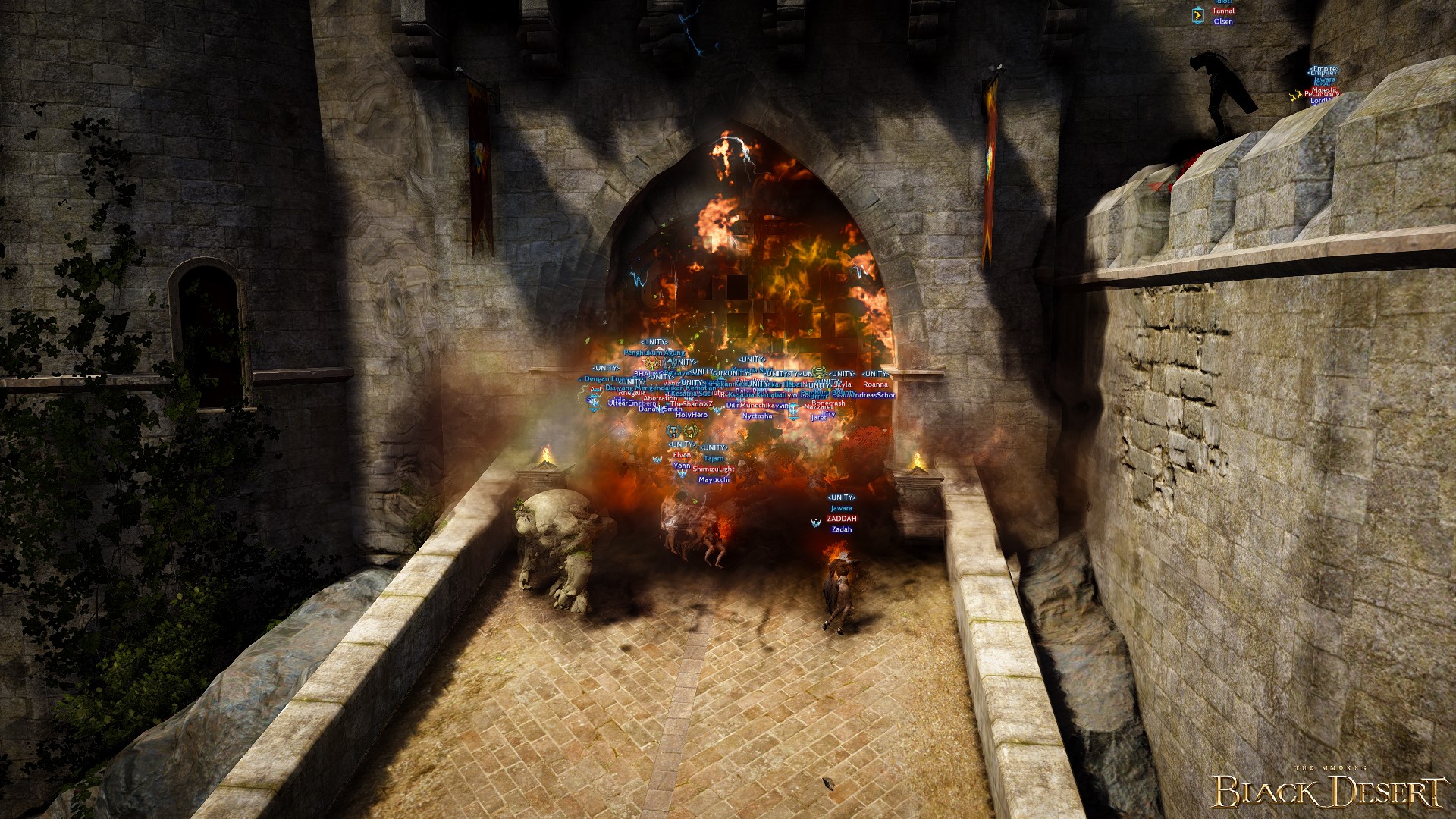 Empire charged after the 2nd gate fell. Like leaves against a tide, ExcelleonPH's defense was scattered and their fort sundered. Empire then claimed the victory.

Avalon defended their Fort from BlackOrder, BlackOrder kept pushing forwarded as they tried destroyed Avalon defenses. BlackOrder was able to break Avalon's defenses after a few tries, the resistance from Avalon is kept while they defend their fort. BlackOrder on the other hand did not budge and ended up destroying their fort.

Fort of Avalon is halfway done until ExcelleonPH came and joined the war between the two Guilds.

ExcelleonPH manage to damage the Fort of Avalon in favor of BlackOrder, after that they retreated. 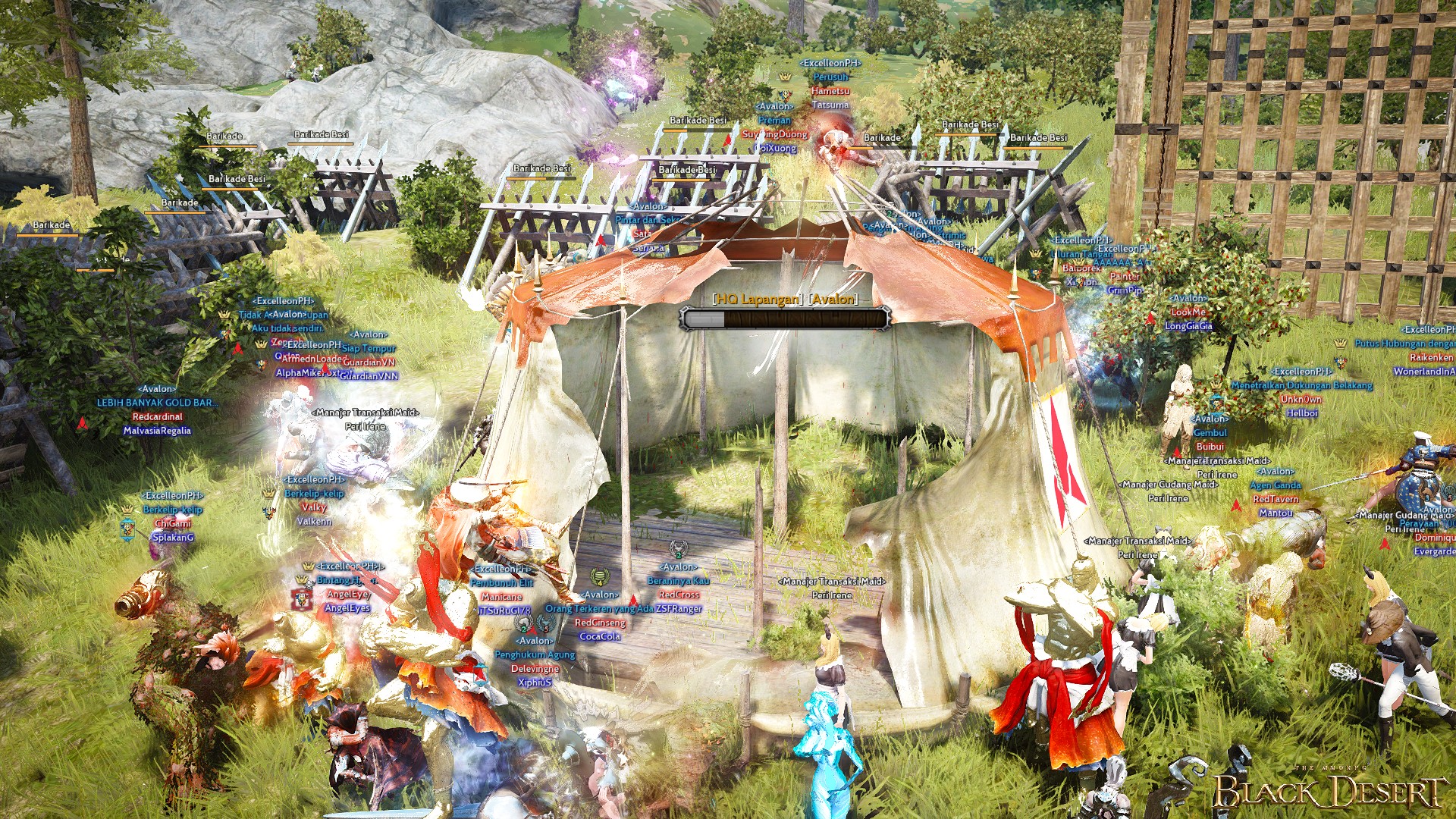 BlackOrder came back with an eagerness to end the war, Avalon still defended however, they were overwhelemed with the forces of BlackOrder and was not able to defend the Fort til the end.

BlackOrder destroyed Avalon's fort after a shortwhile when they came back. 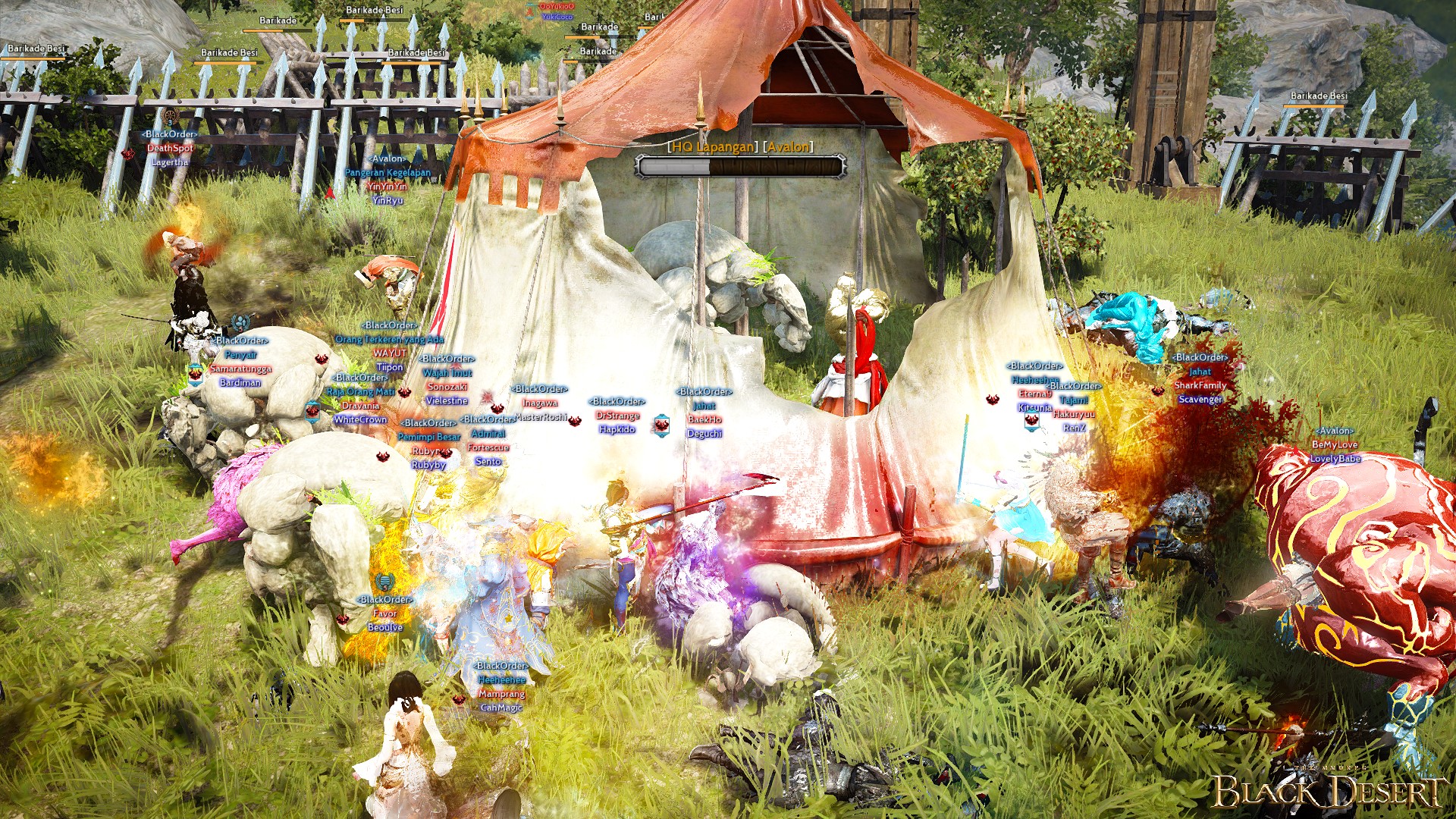 ROBBED is trying to defend their Fort from ExcelleonPH and BlackOrder.

ExcelleonPH and BlackOrder are somewhat joined forces to destroy this one Guild.

Alternating the attacks from BlackOrder and ExcelleonPH, ROBBED's defense is being diminished and overwhelmed.

In some point, this guilds are stopping so ROBBED can repair their fort.

However, uninvitedly, Empire joined the fight, and with little push, they were able to destroy ROBBED's defense and fort. 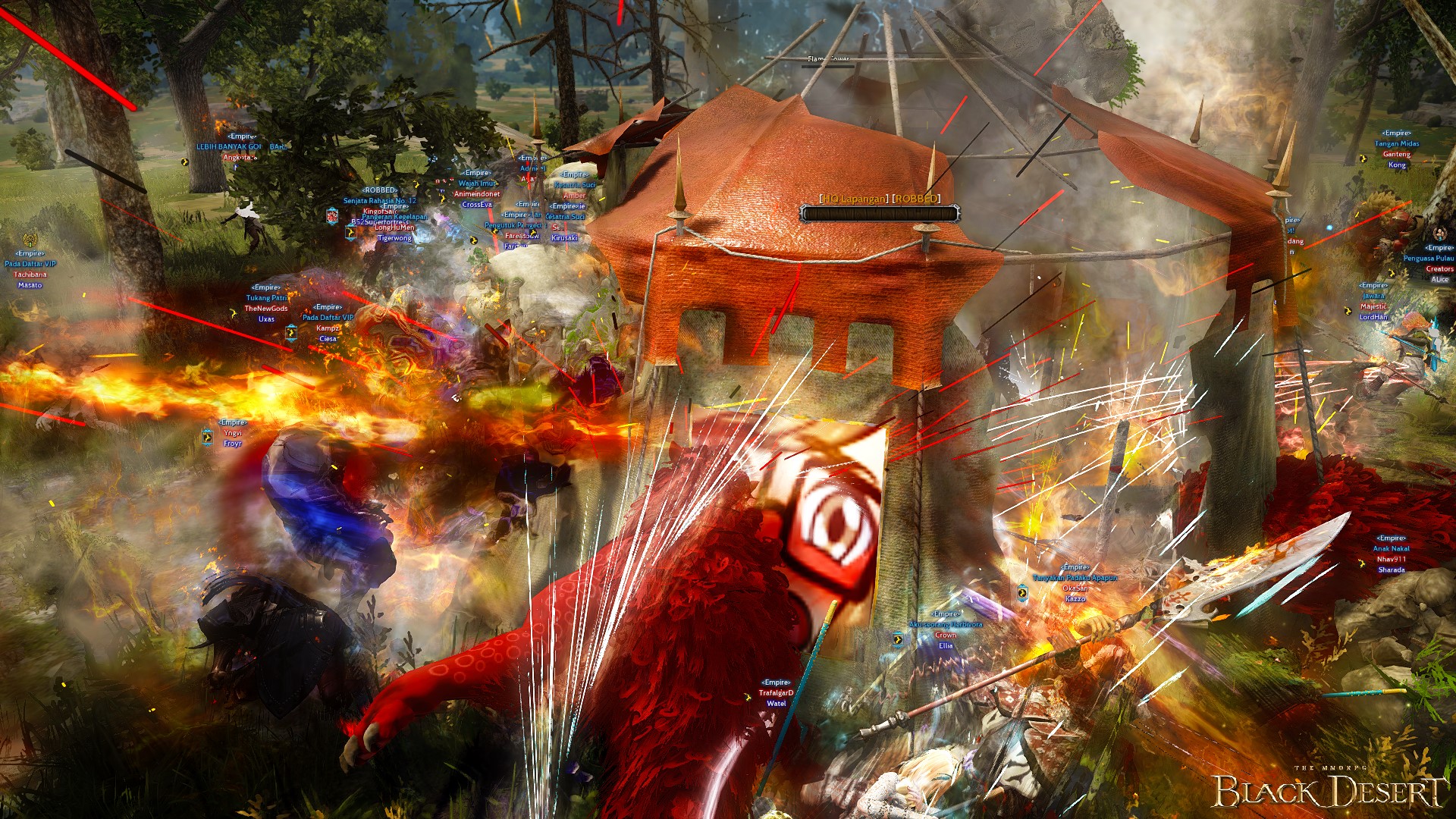 Empire wins and snatched the victory from the ExcelleonPH and BlackOrder.

War was inevitable with BlackOrder as they try to defend their fort from Empire. Little by little Empire was able to tear down the defense of BlackOrder. Later on, BlackOrder was not able to defend the fort anymore as it was destroyed by Empire.

ExcelleonPH experienced a similar fate with Empire targeting them and launching continuous attacks until the defending ExcelleonPH forces could not defend and hold their fort, eventually getting destroyed. 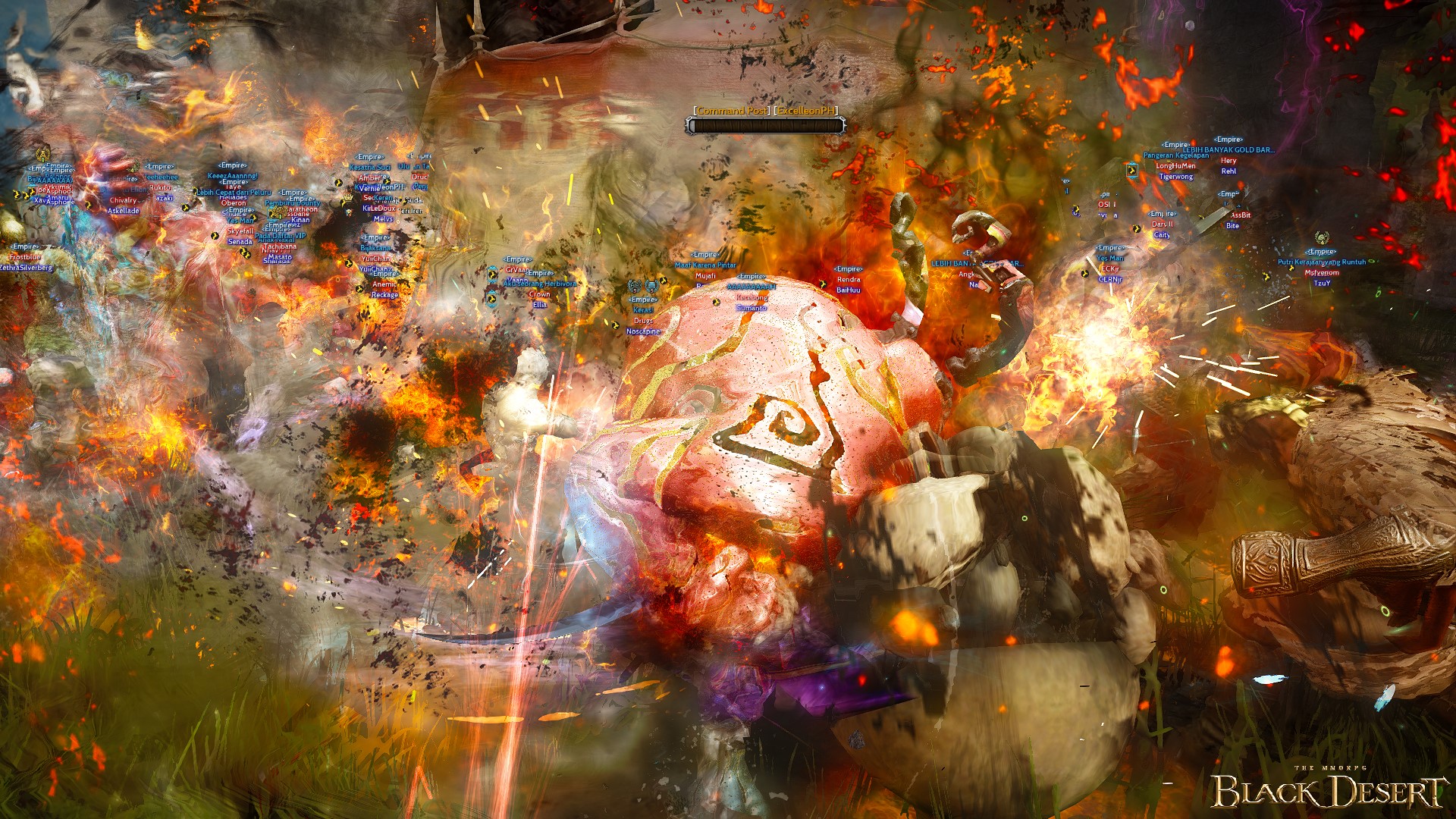 UNITY moves along to Empire, surprisingly, Empire's team did not bother to defend their Fort. UNITY proceeds to destroy Empire's fort little by little.

After a few minutes of continuous attacks, Empire's fort was wiped out.

Thus declaring UNITY as the winner of the Calpheon territory.

The battle for Serendia was once again at an all time high with the many guilds wanting to claim it for themselves.

Legionnaire was the first to draw blood as they took out Seraphim with an easy win. Wiping out their forces and destroying their fort.

Garuda had shown up just as Legionnaire took out their enemy. A battle ensued and tested both guilds strength.

After the battle with Legionnaire, Garuda headed towards Rekt's fort where they took out the defenders but were easily defeated. Garuda was able to destroy the fort after only a few minutes.

Henosis had met Blacklist forces in the field and had pushed them back towards their fort. Defending forces were only able to keep Henosis out for while but was not able push back and had their fort destroyed. 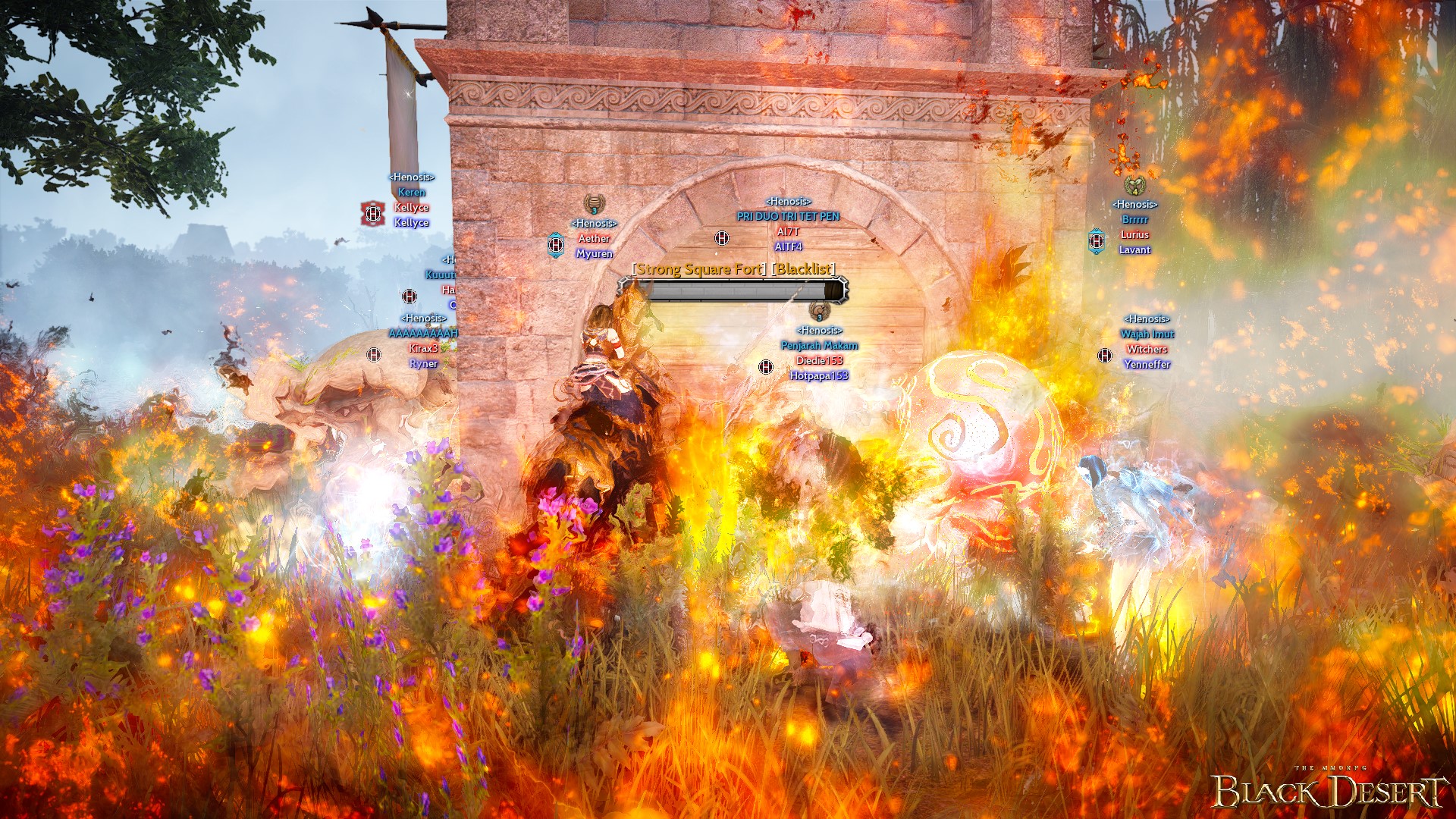 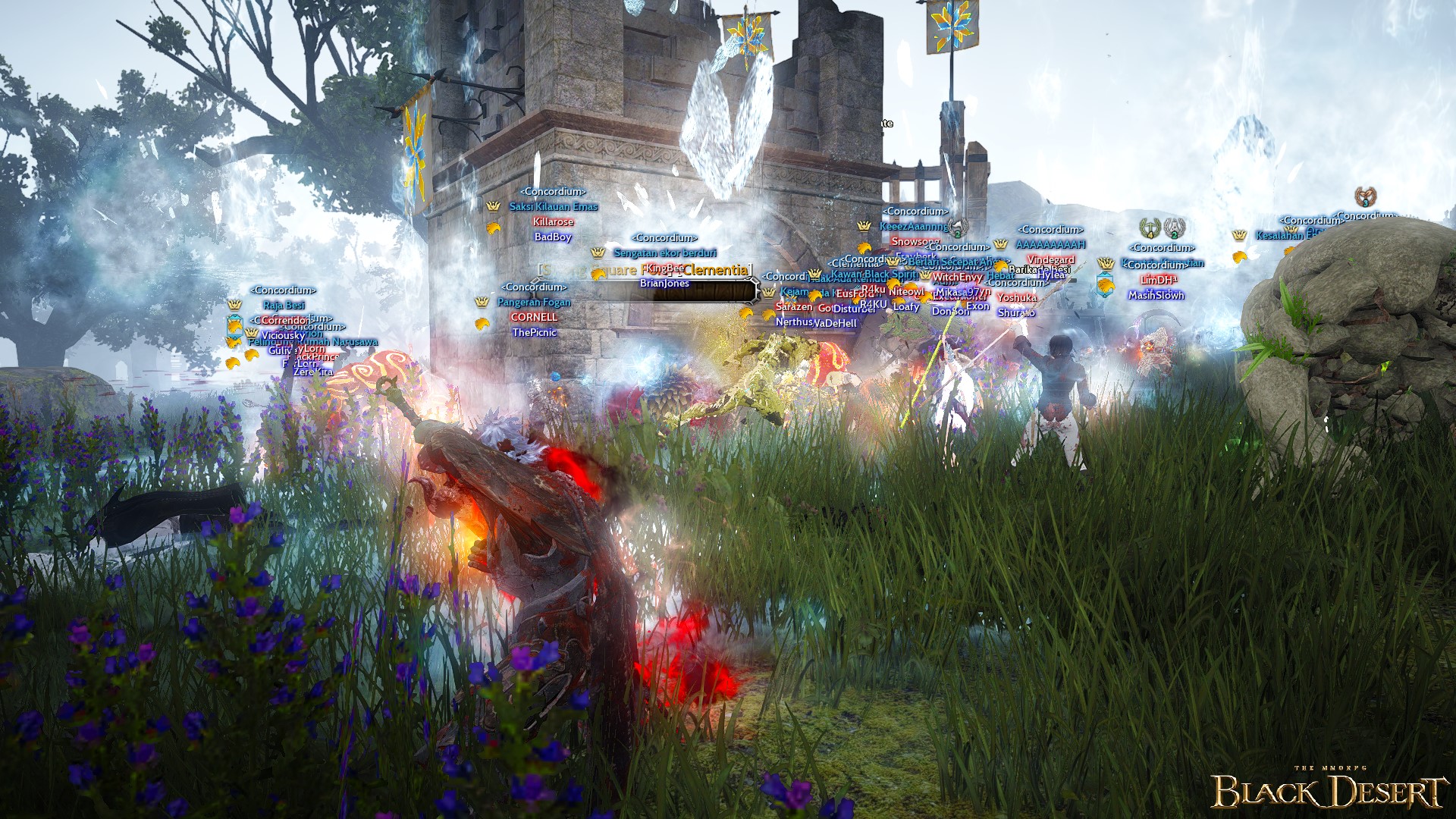 Henosis second target was guild Warlord. They had easily taken control of the battle and was able to wipe out and destroy the fort.

Garuda and Legionnaire once again meets but this time Garuda was able to take the fight to their enemy's fort. The two guilds were able to put on an impressive show against one another but it was Garuda that had taken the final offensive that Legionnaire was not able to get back from. Garuda was able to destroy the fort and claim another win. 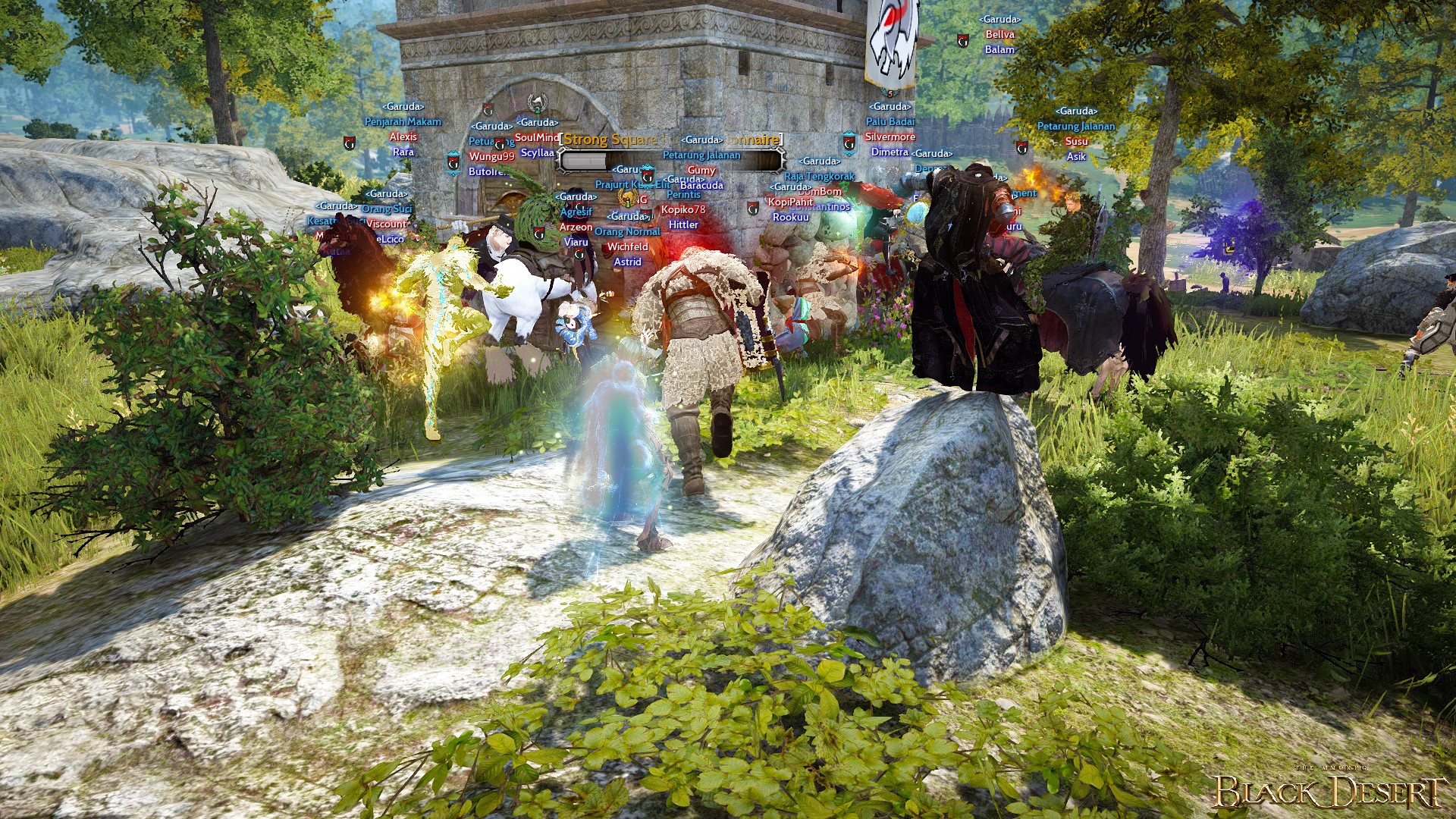 While Concorium and Garuda was able to take out as many enemy forces as they could, it seemed that Henosis was the one to rule Serendia as both guilds let Henosis destroy their forts, leaving them unguarded.

Henosis was able to claim their victory for Serendia. 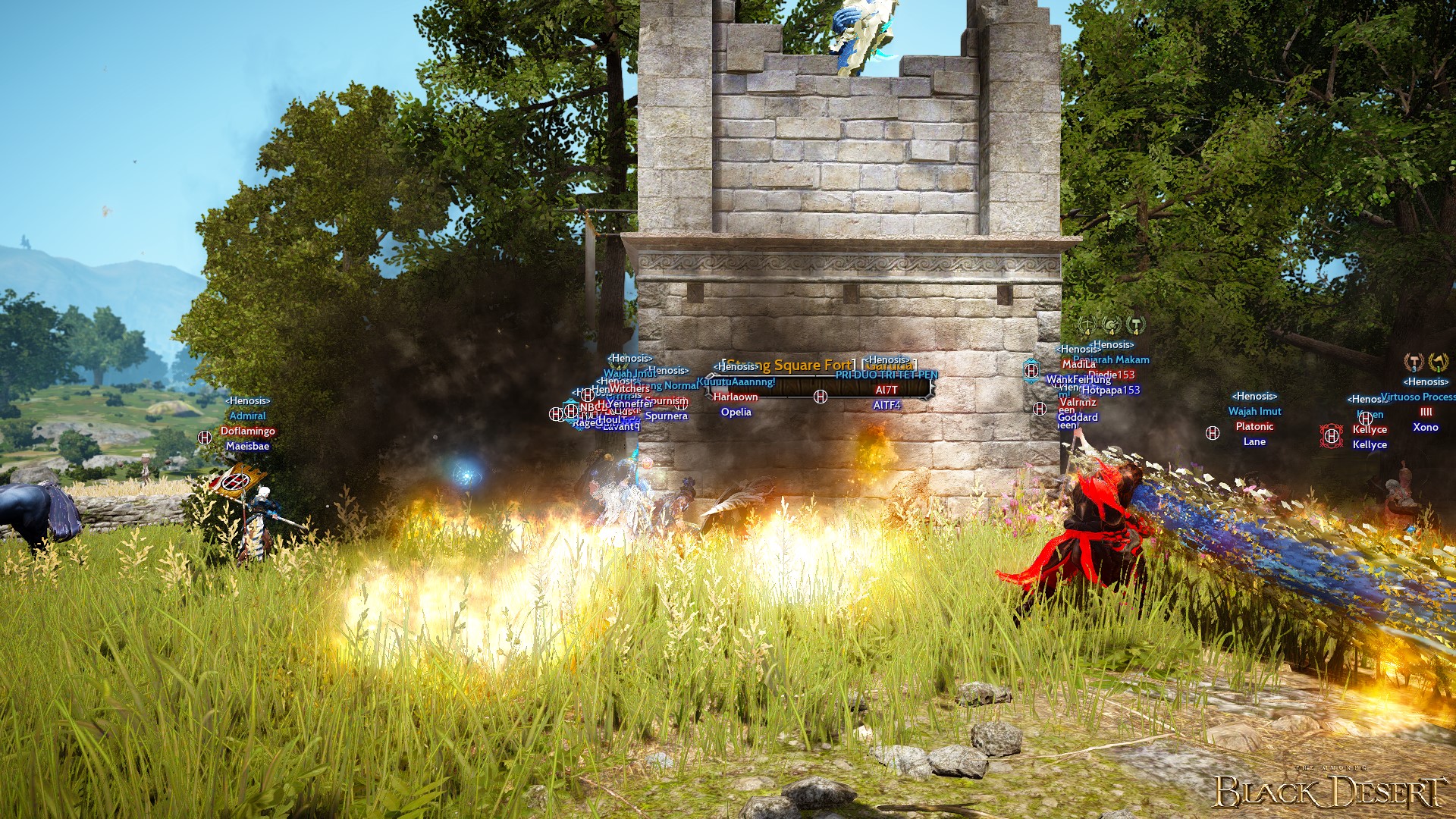 A promise of an intense war has been sensed as the veteran KillOnSight guild came from Calpheon to challenge the defending Exalted Guild of Mediah.

IECA attacked MyFreeCams fort, but resistance was present from the defending forces as they did their best to hold their fort. However, KillOnSight appeared and destroyed MyFreeCams defended fort. 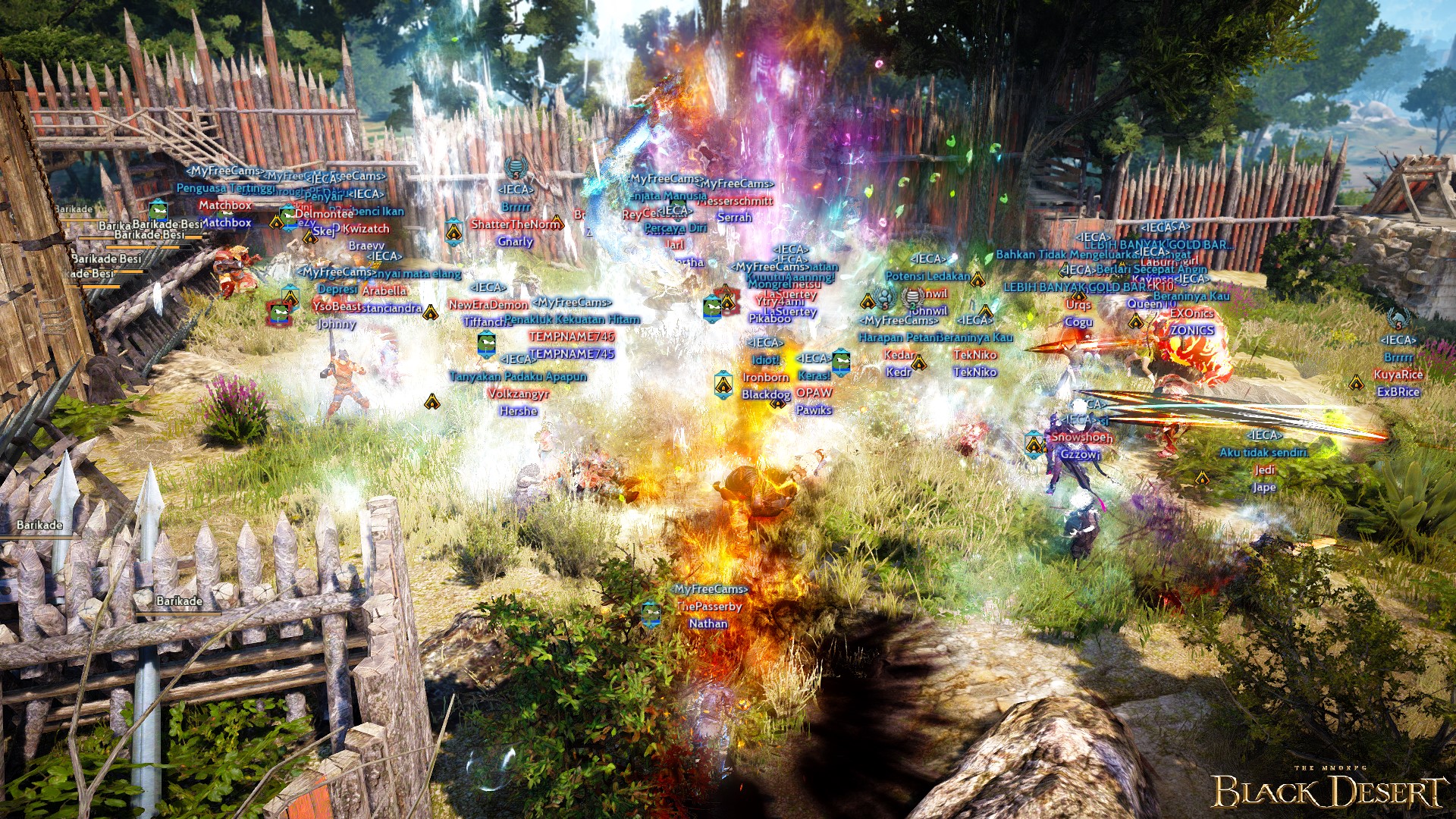 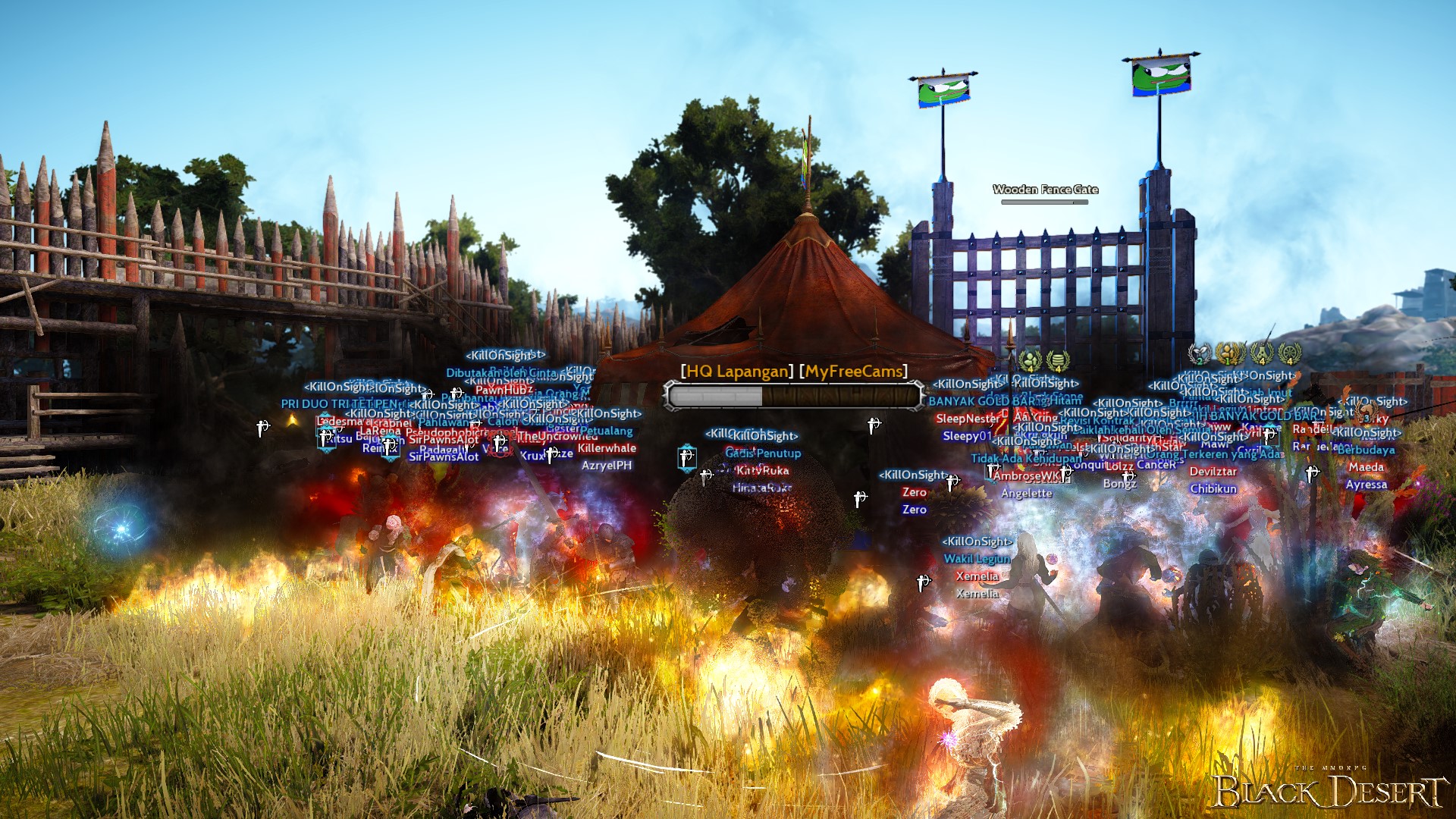 KillOnSight was able to slip an attack against defenseless Toxic fort, destroying it and taking them out.

Exile was being assaulted by the defending Exalted guild and had put up a good defense but had been destroyed nonetheless. 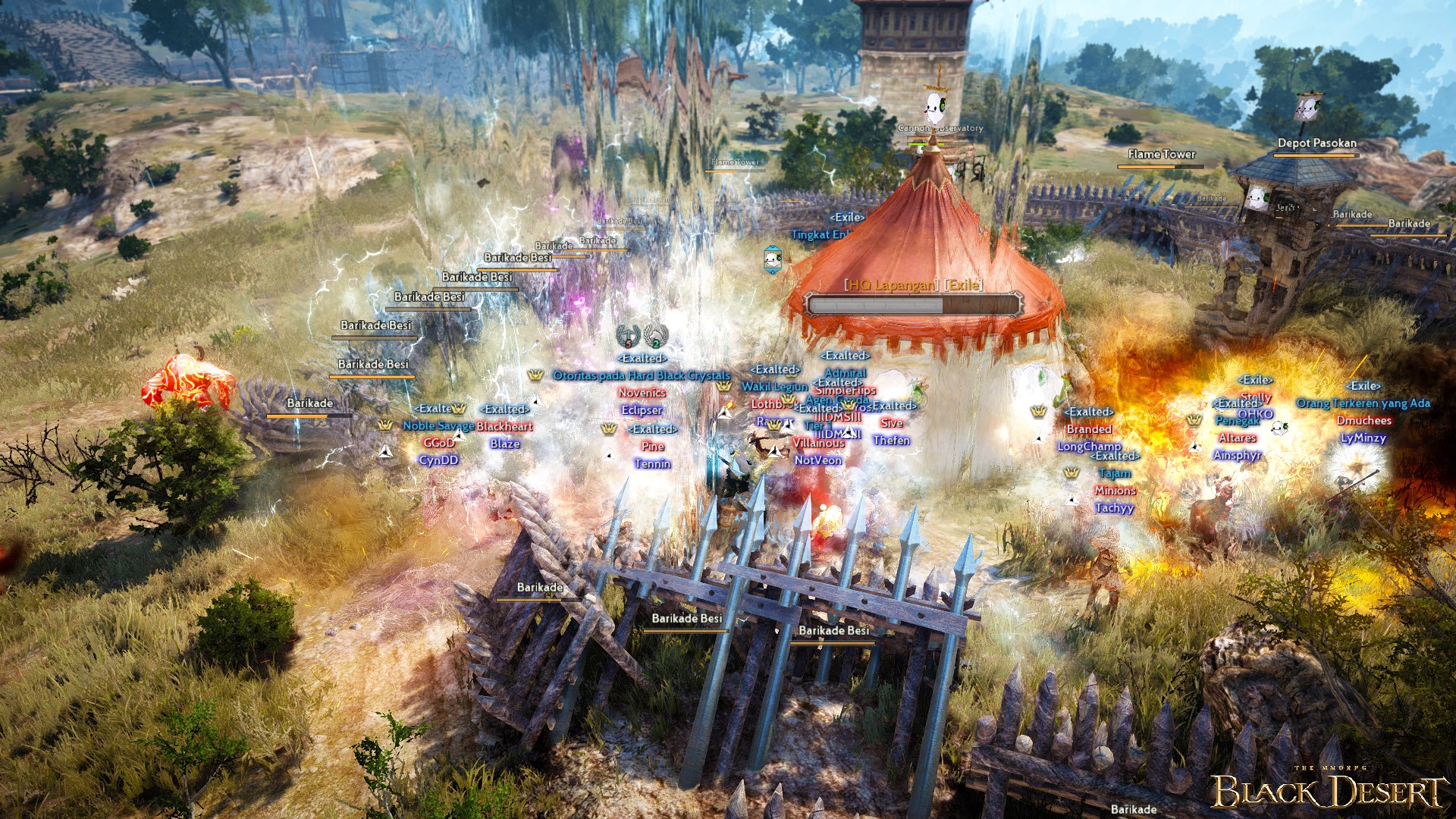 KillOnSight then headed to the fort of Exalted, along the way they exchange attacks with IECA, but unable to dent the defense of Exalted.

KillOnSight changed their target to IECA's fort, while IECA was preparing to defend for the attack. But Exalted had stolen the spotlight and destroyed IECA's fort instead. 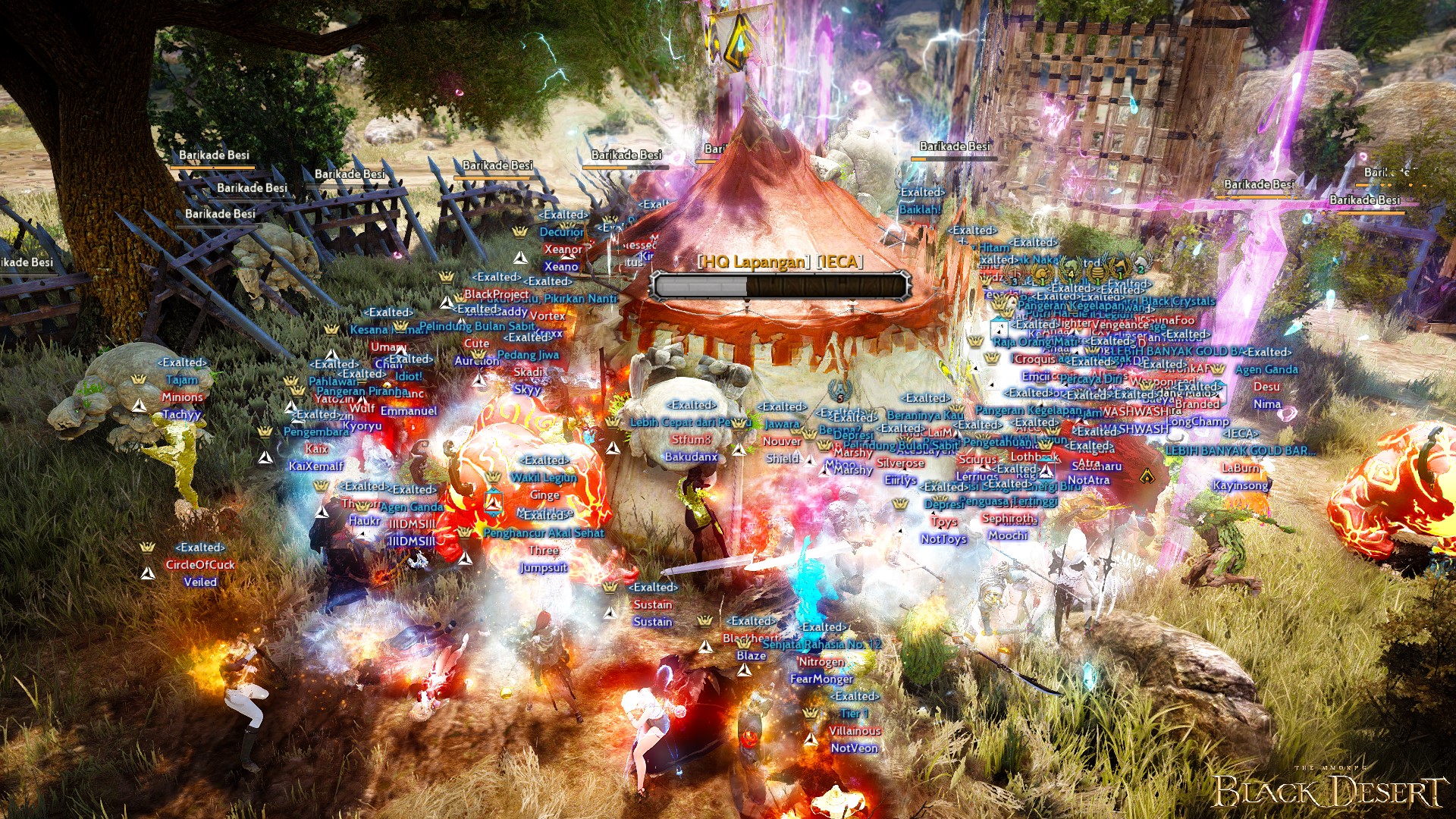 Afterwards, Exalted heads to KillOnSight's fort to destroy it, but KillOnSight manage to defend their Fort.

KillOnSight and Exalted's fight are the highlights of the War in Mediah while they exchange their vicious attacks on each Team.

KillOnSight was able to manage to break Exalted's defense and continue their pursuit to destroy their fort. 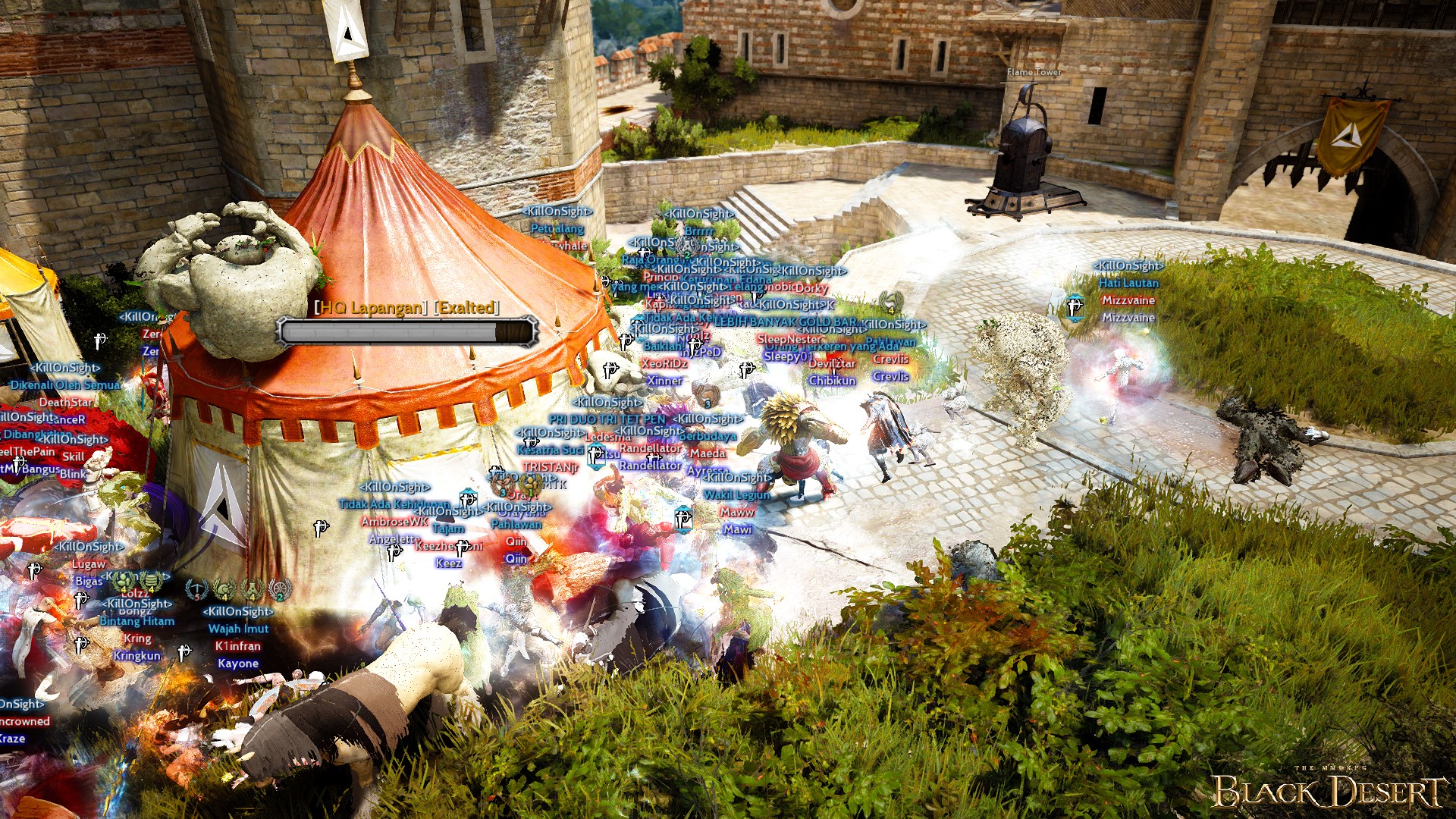 Unexpectedly, KillOnSight stopped and gave Exalted a chance to repair their forts.

It's Exalted's turn to attack now, however, they were not able to break the defense shown by KillOnSight 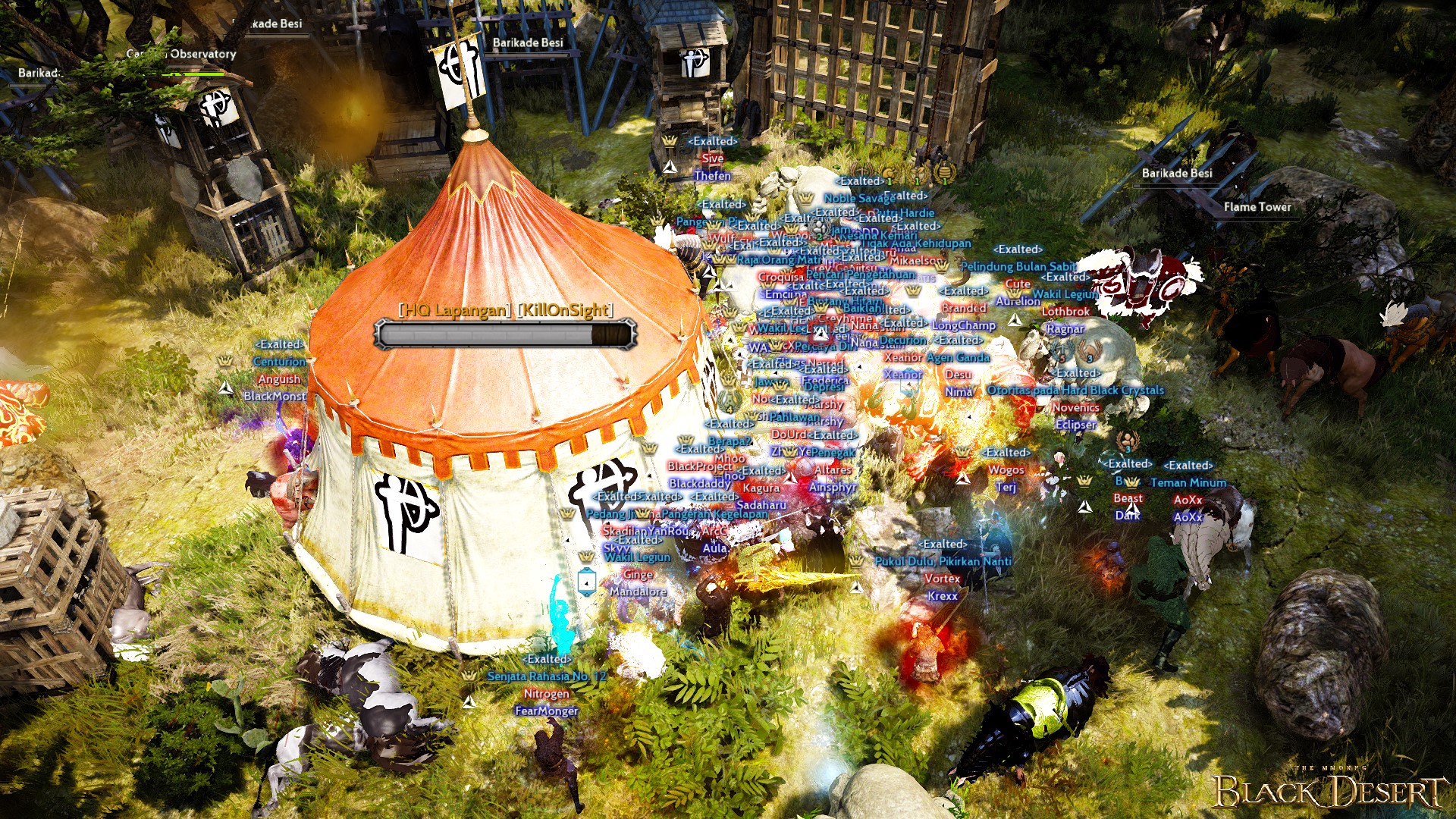 Exalted eagerly wants to end the war but the KillOnSight are not giving them an win. Everytime Exalted had a chance to get inside the enemy's base KillOnSight is able to push back and defend their fort. 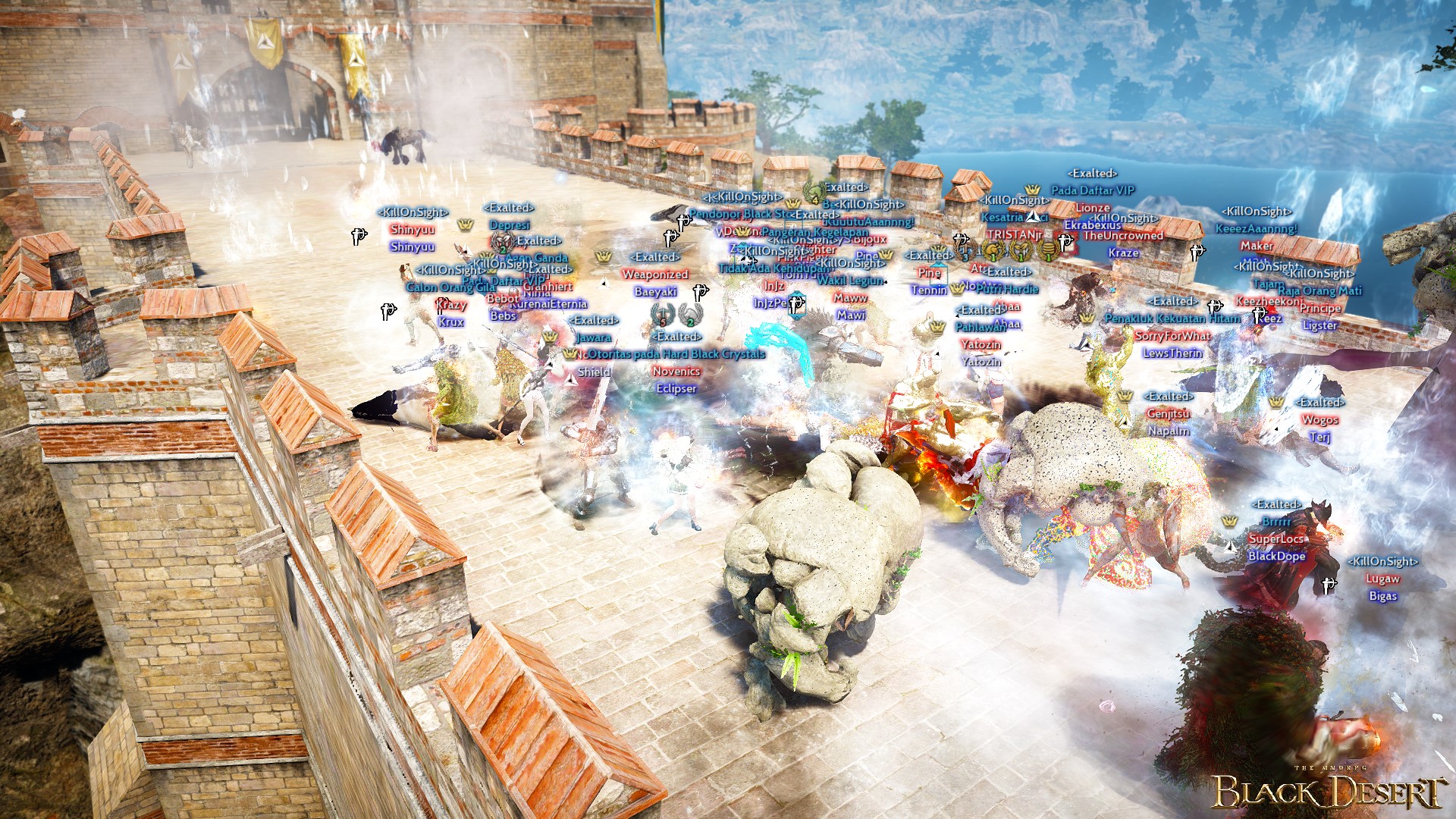 Finally, Exalted was able to destroy KillOnsight's fort and still they remain undisputed.

Exalted remains the undefeated guild of Mediah for a fourth week. 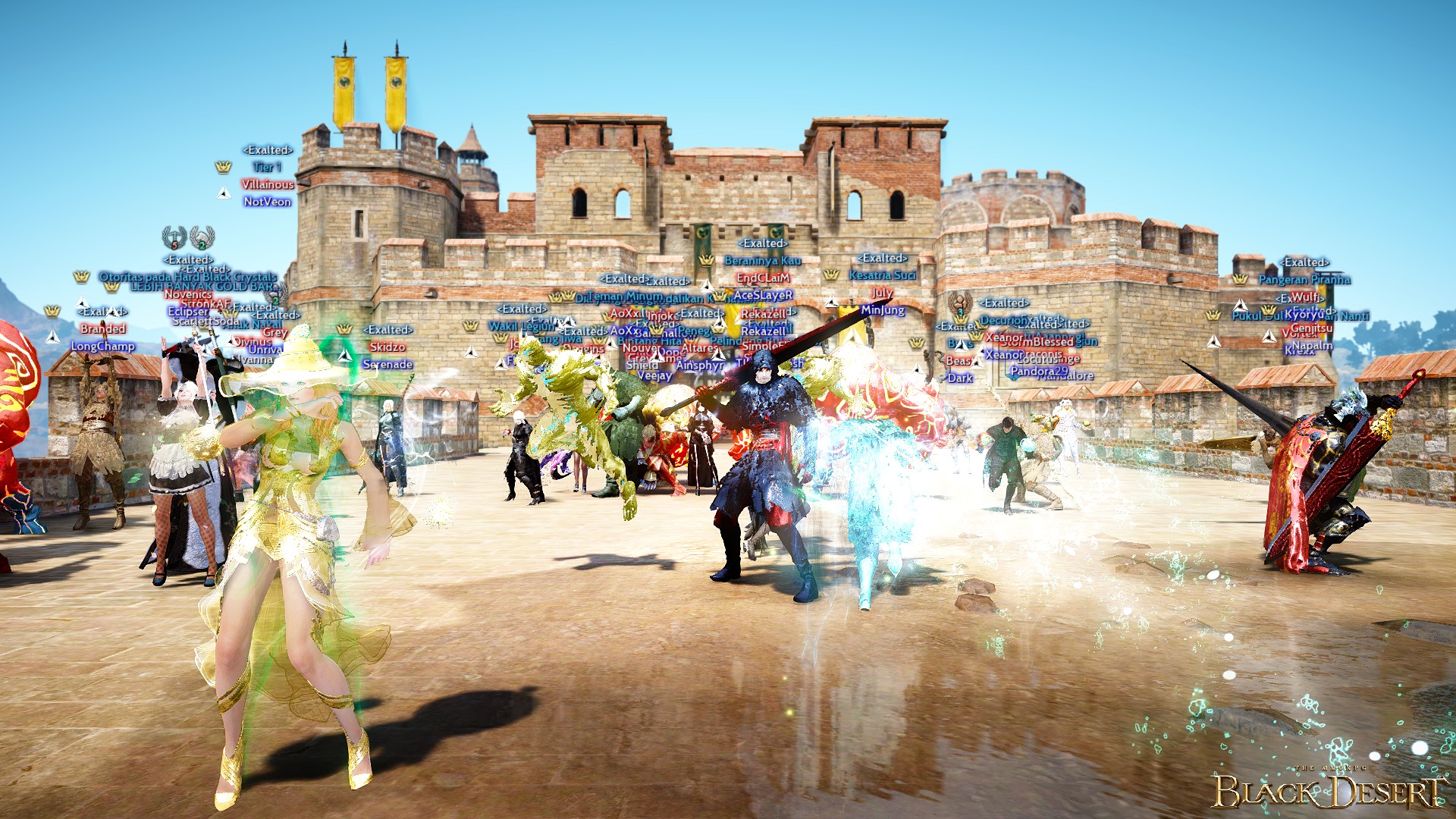