Check out below for the highlights from last week’s Conquest War:

Balenos was left uncontested, so Ares occupies Balenos for the fifth week in a row.

Five guilds were present in the battle for Calpheon.

IECA descended upon Wrath's command post like lightning and tore it apart. It was destroyed in a matter of minutes. 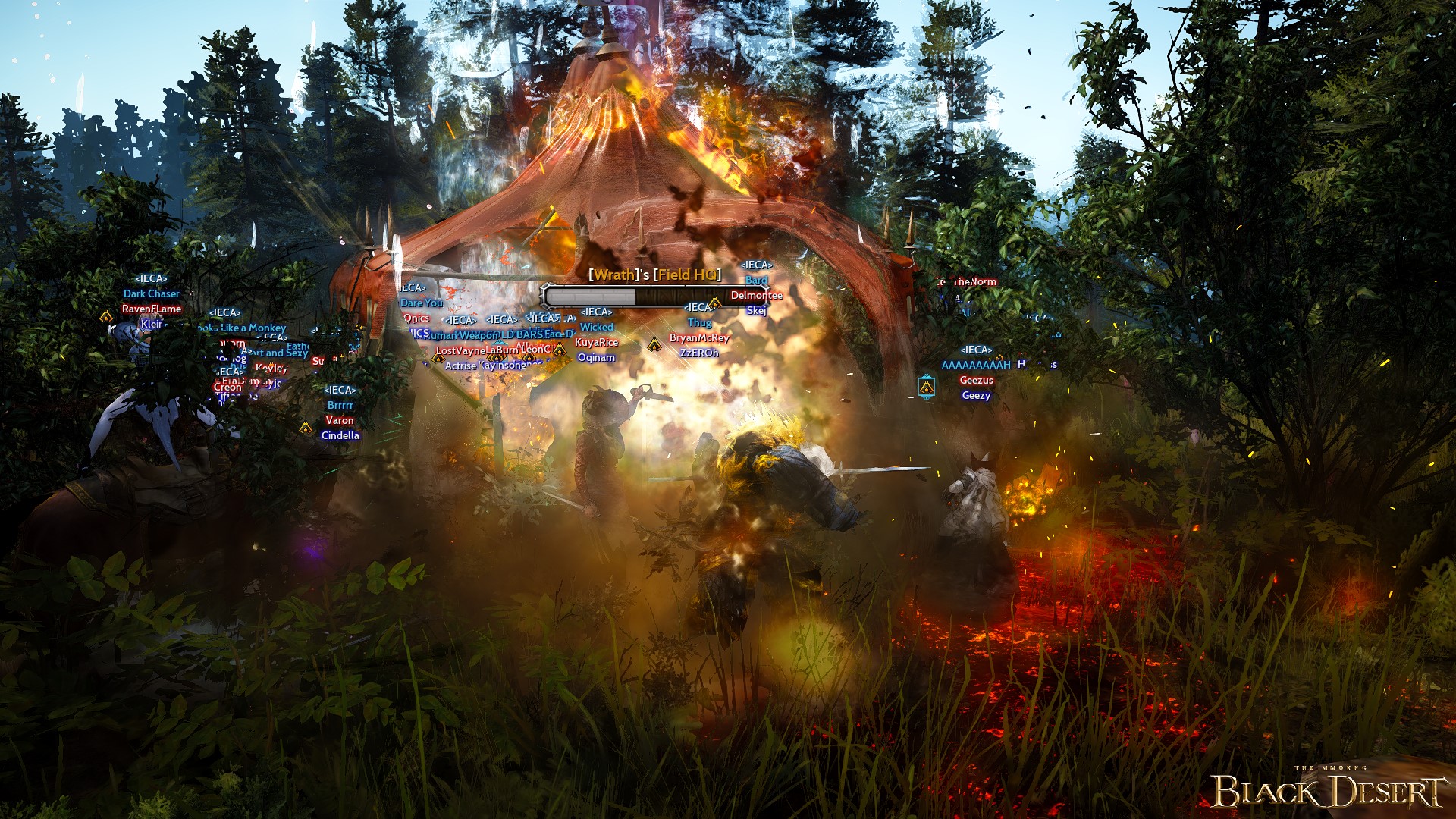 IECA took UNITY down easily because the castle gates were left open and there were no defenders in sight.

Toxic was the next to fall in IECA's rampage. 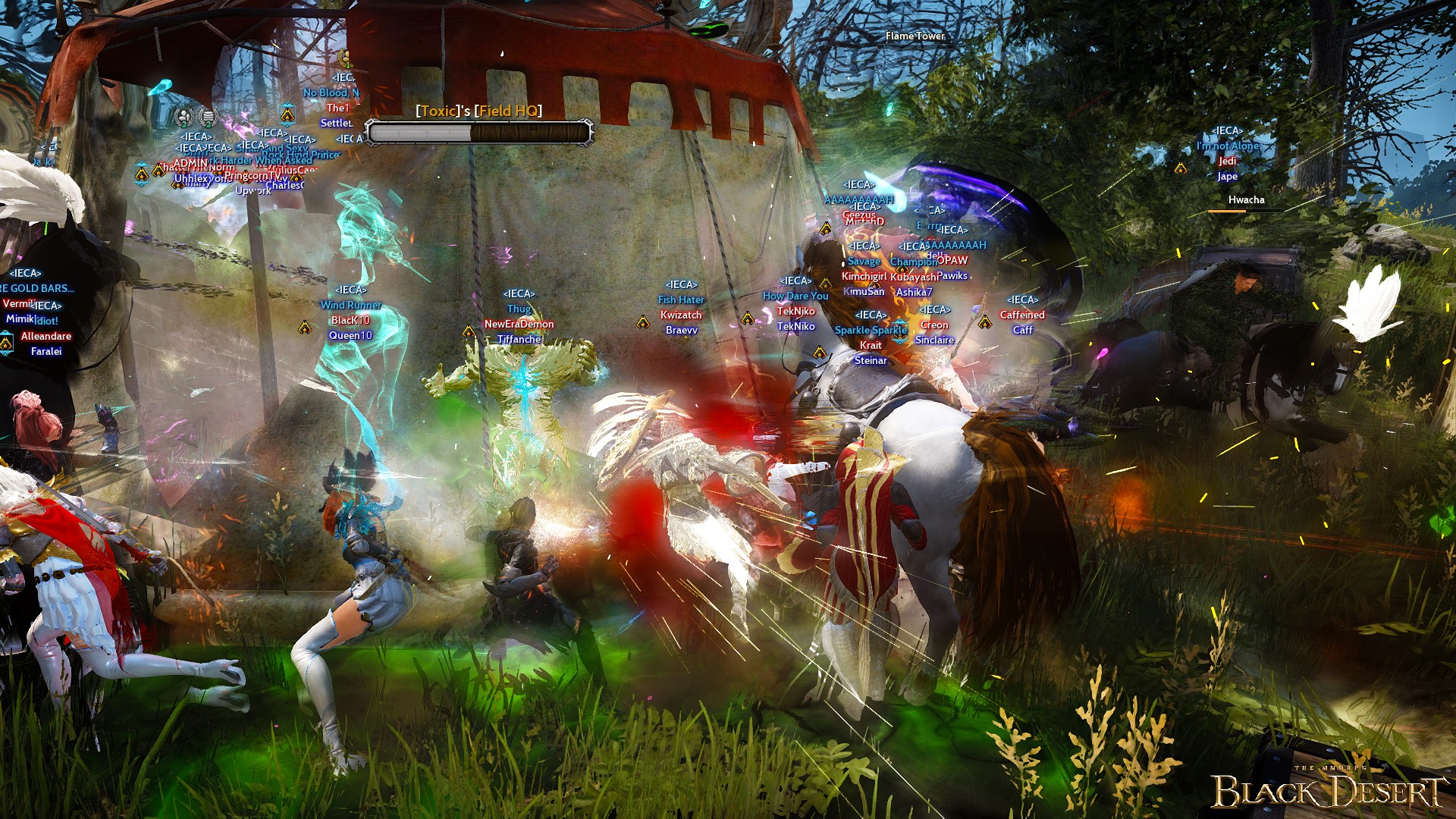 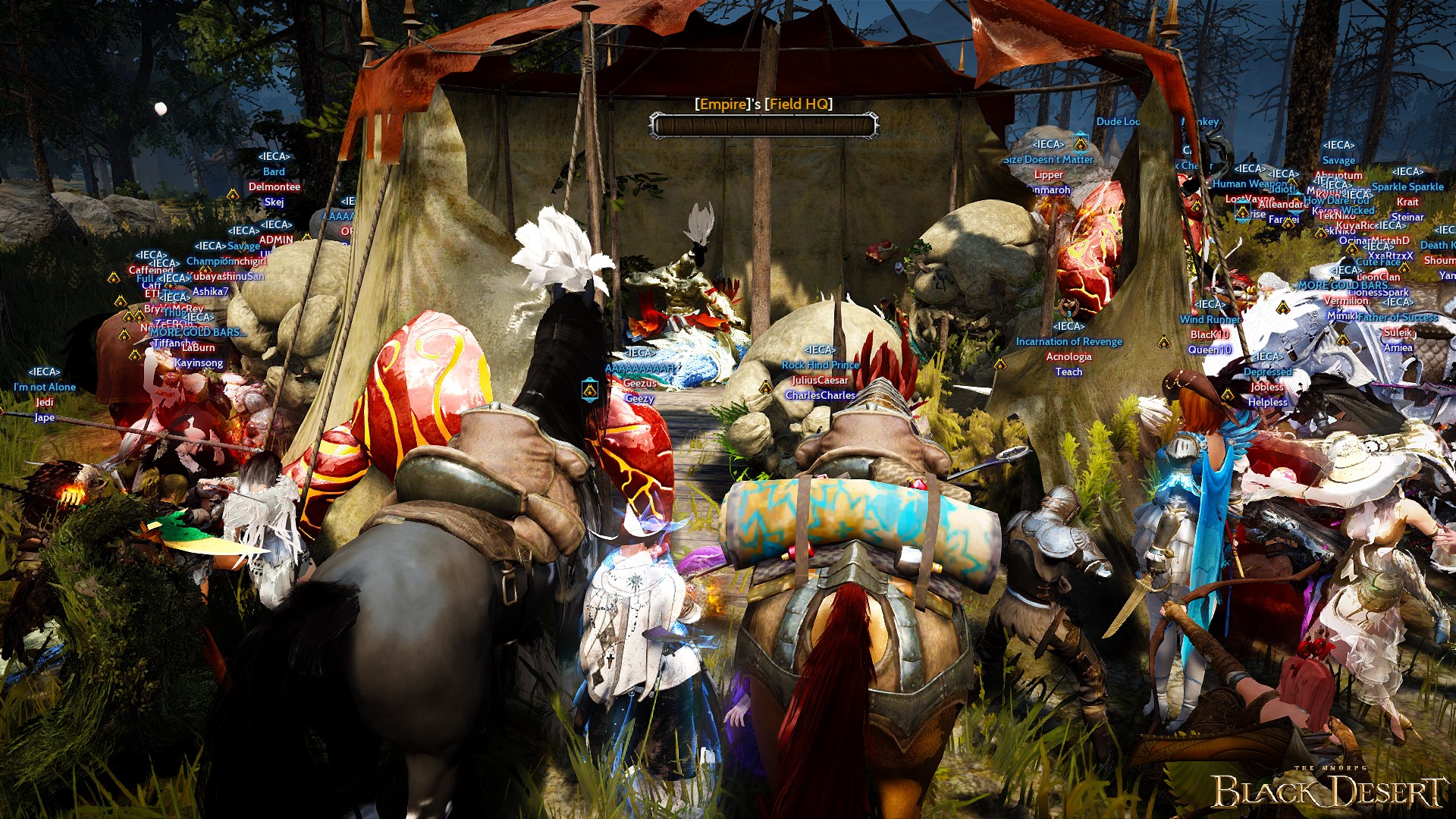 The seven guilds fought intense and ferocious battles in Serendia.

PasarMalam was the first to be attacked by Legionnaire’s forces. They were able to fend them off. However, when SAGA came to attack, PasarMalam got wiped out and lost their fort. 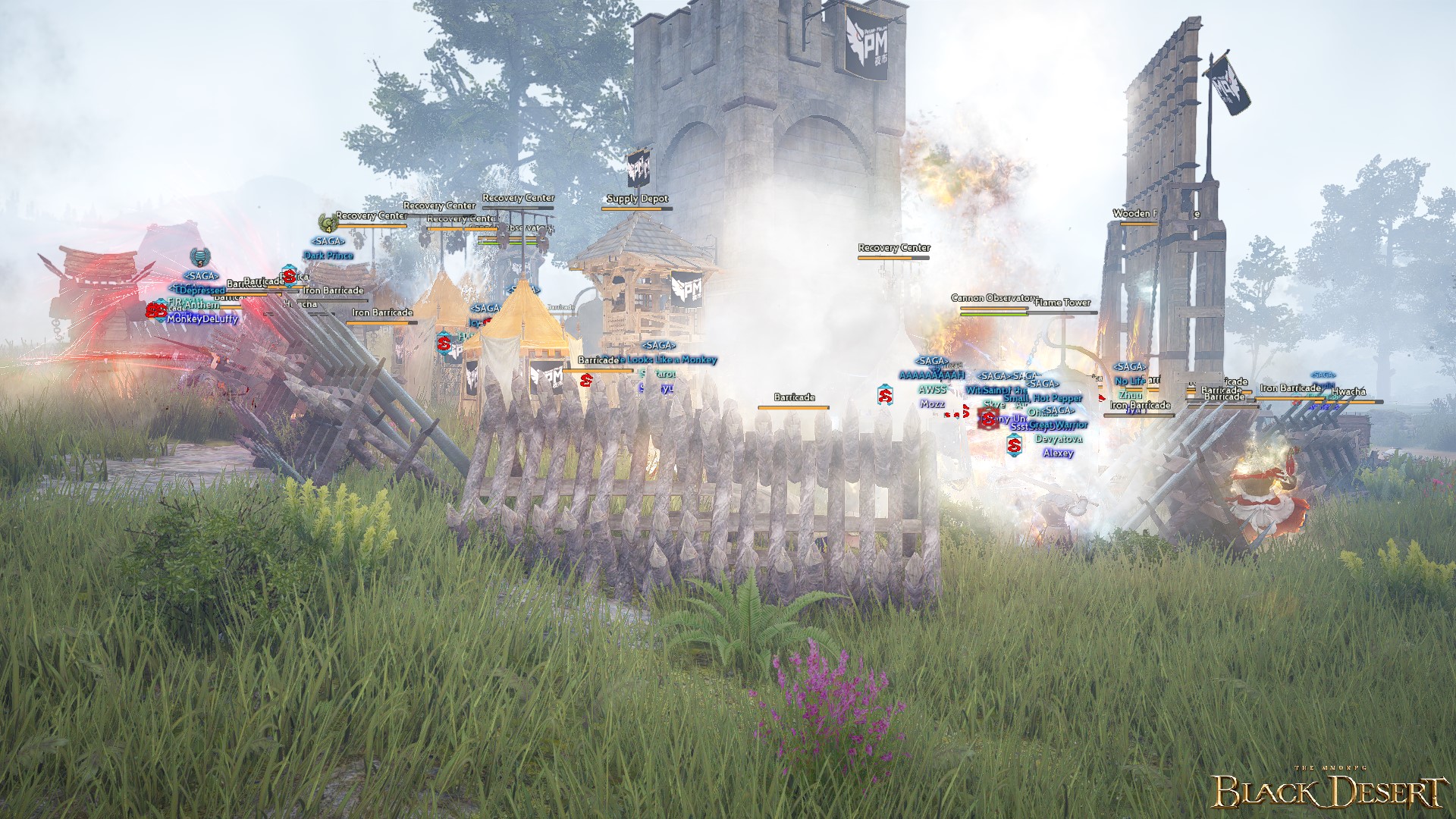 Legionnaire regrouped at their fort when SAGA attacked them. They put up a solid defense until Exile started to attack them as well. Henosis then appeared at the fort. They wiped Exile out and chased away SAGA. 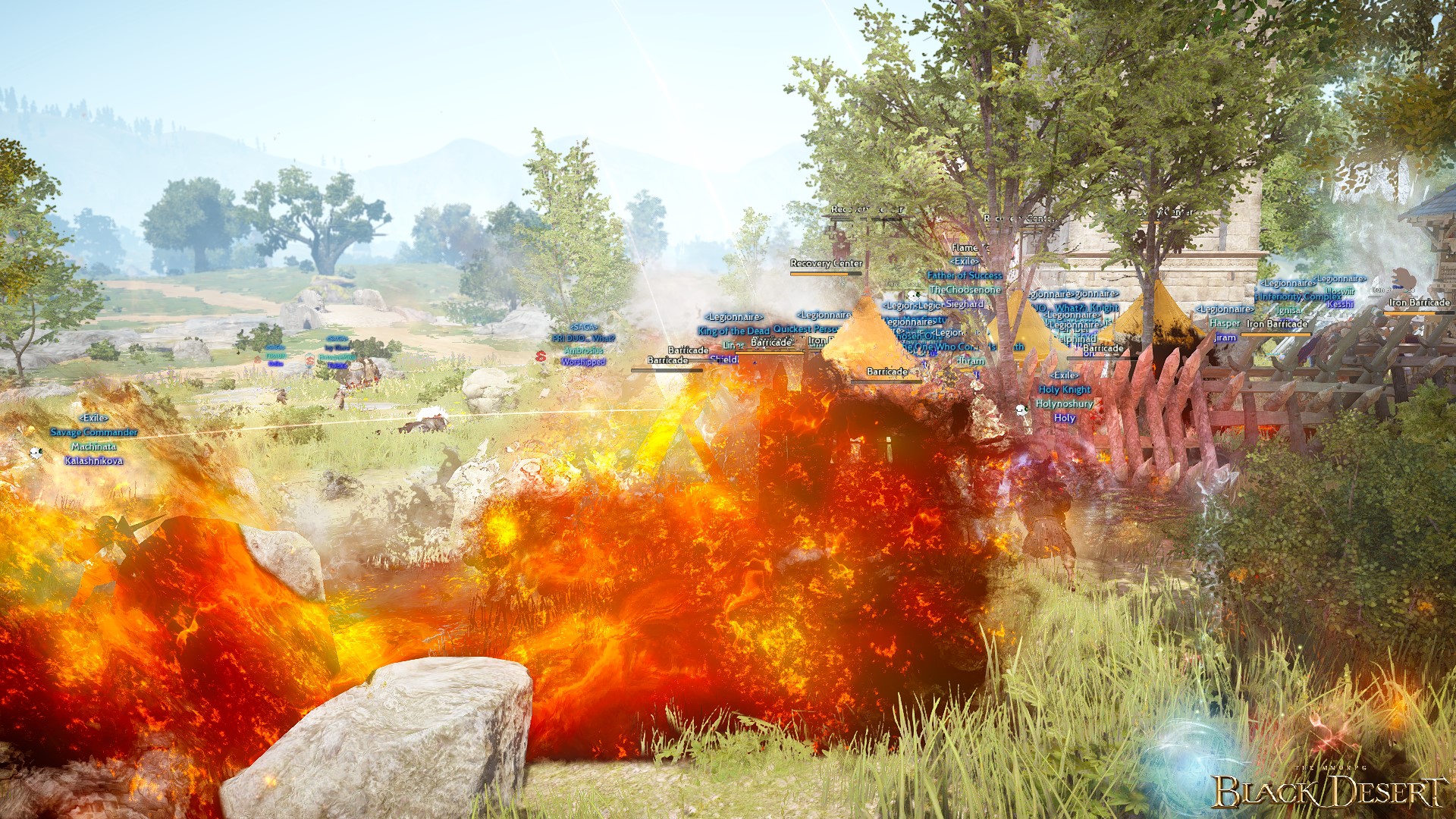 Exile quickly regrouped their forces and returned to finish the job. This time they were successful and demolished the fort. Exile then turned to Henosis and did the same to them.

Garuda eliminated RenegadesX at a different part of the map. The defenders put up a good fight, but they fell the end of a drawn-out battle. 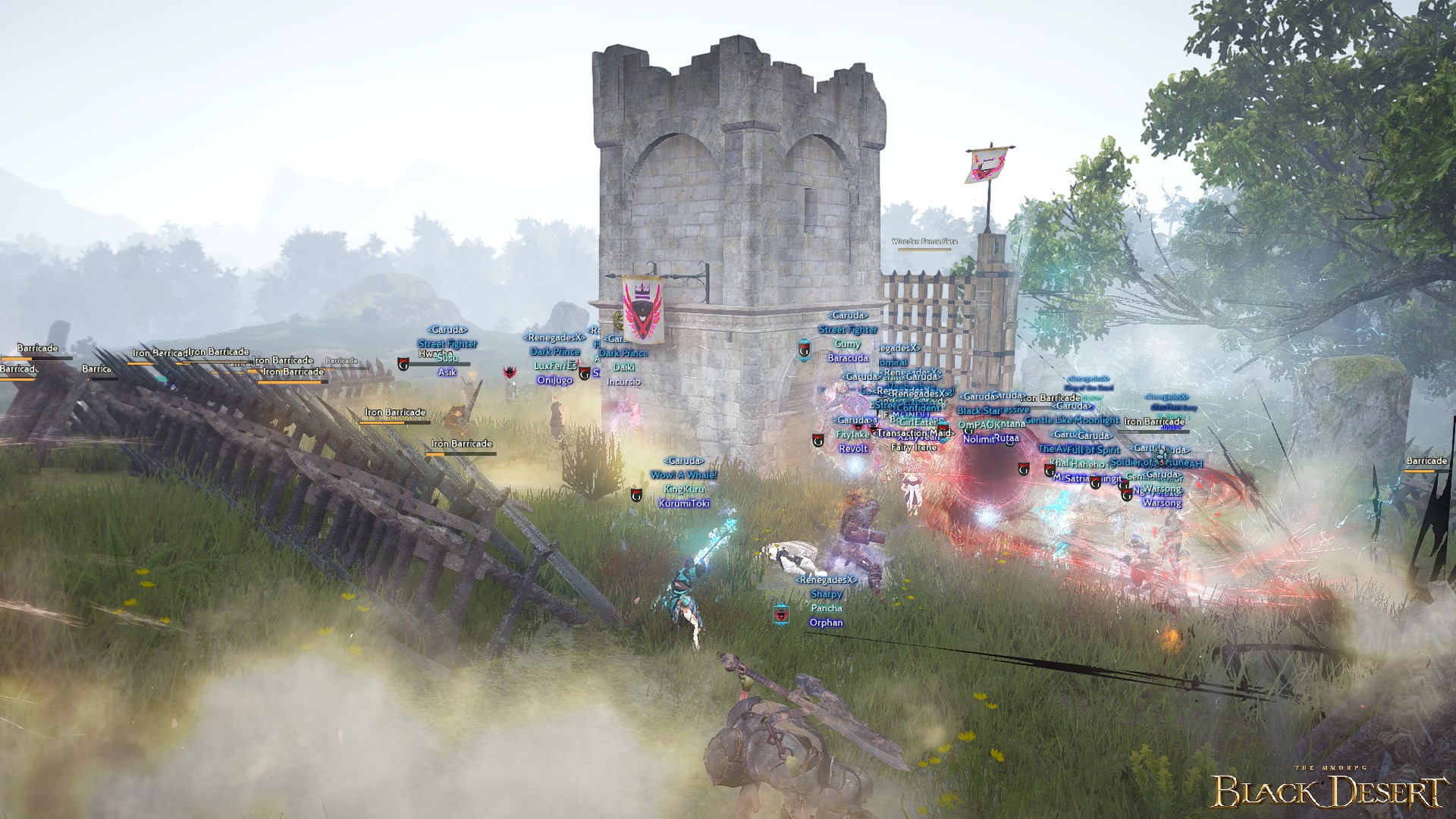 Exile marched to Concordium, who they took out easily.

Garuda then turned to SAGA’s fort crushed them. However, Exile took this chance to siege their fort while their forces were out attacking. Garuda hastily returned to their fort.

Exile had already dealt considerable damage to the fort before Garuda's forces returned. The battle ensued as Garuda did their best to survive, but Exile overpowered and defeated them. 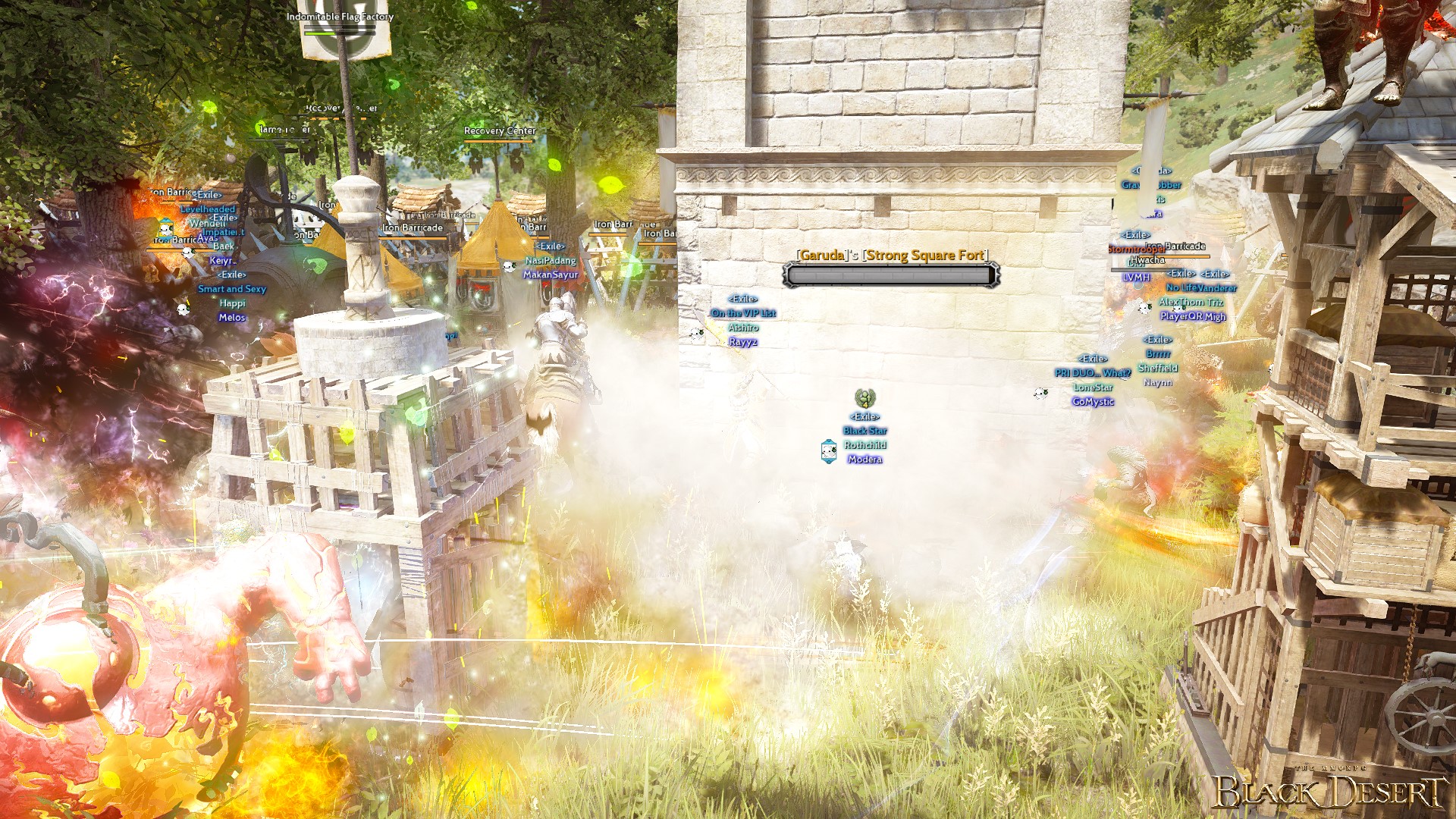 Exile took control over Serendia and got a long-awaited victory in Conquest War.

The battle for Mediah has a big turn out once again. Thirteen guilds came out to challenge Exalted.

Exalted rushed the nearest command post, which happened to be HYDRA’s. The fight was over in a few minutes as Exalted overwhelmed HYDRA and razed the command post.

BlackOrder had set their sights on NieR and destroyed their fort easily. 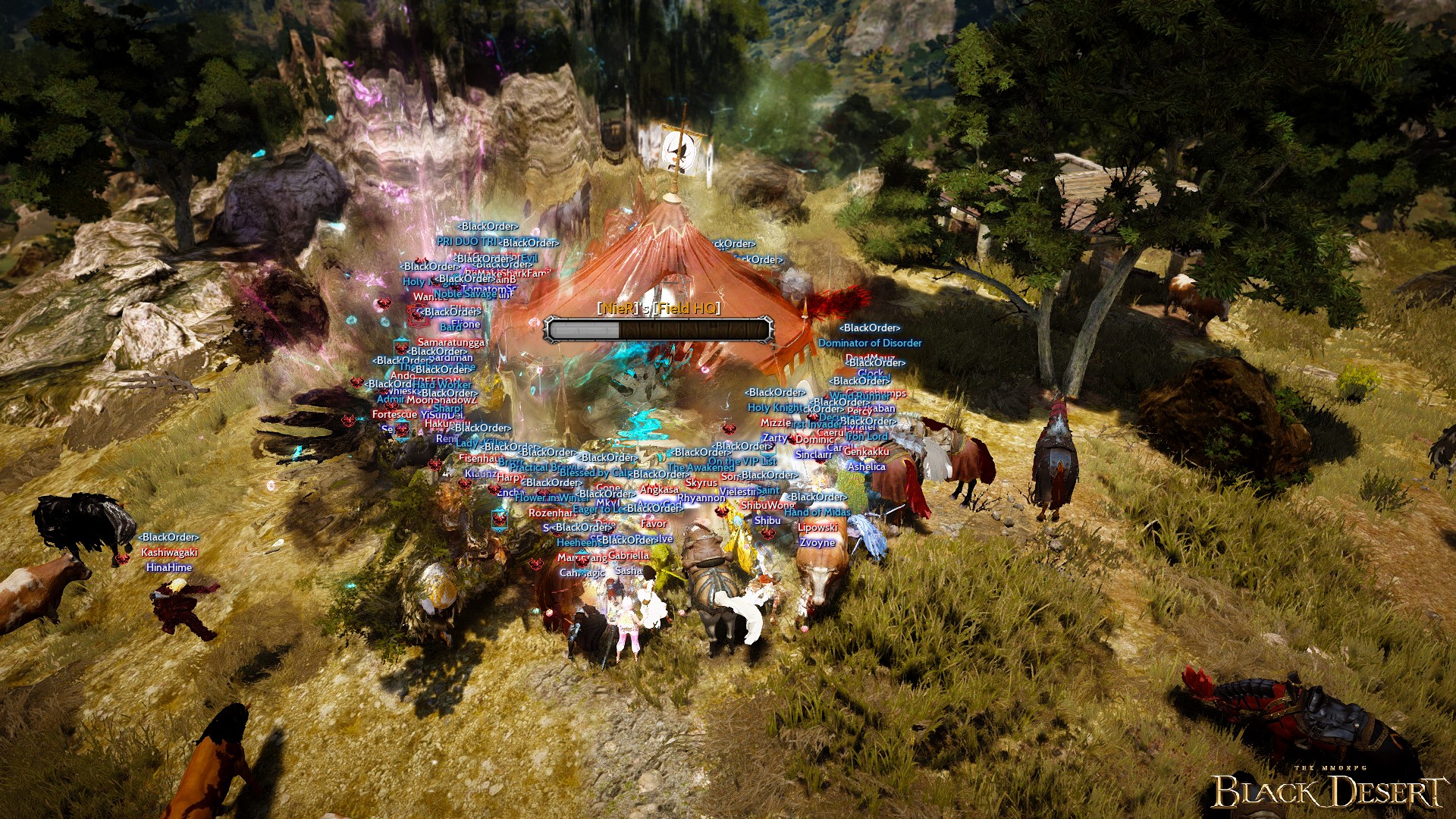 Kidz had a busy time with BlackOrder, Noodle, and Avalon attacking them one by one. Kidz were able to hold their ground and defend their command post from the three guilds.

A battle royale followed as BlackOrder, Noodle, and Avalon met on the way to attack Kidz.

ROBBED joined while the battle was happening and attacked Noodle. The other guilds were then forced to turn back. 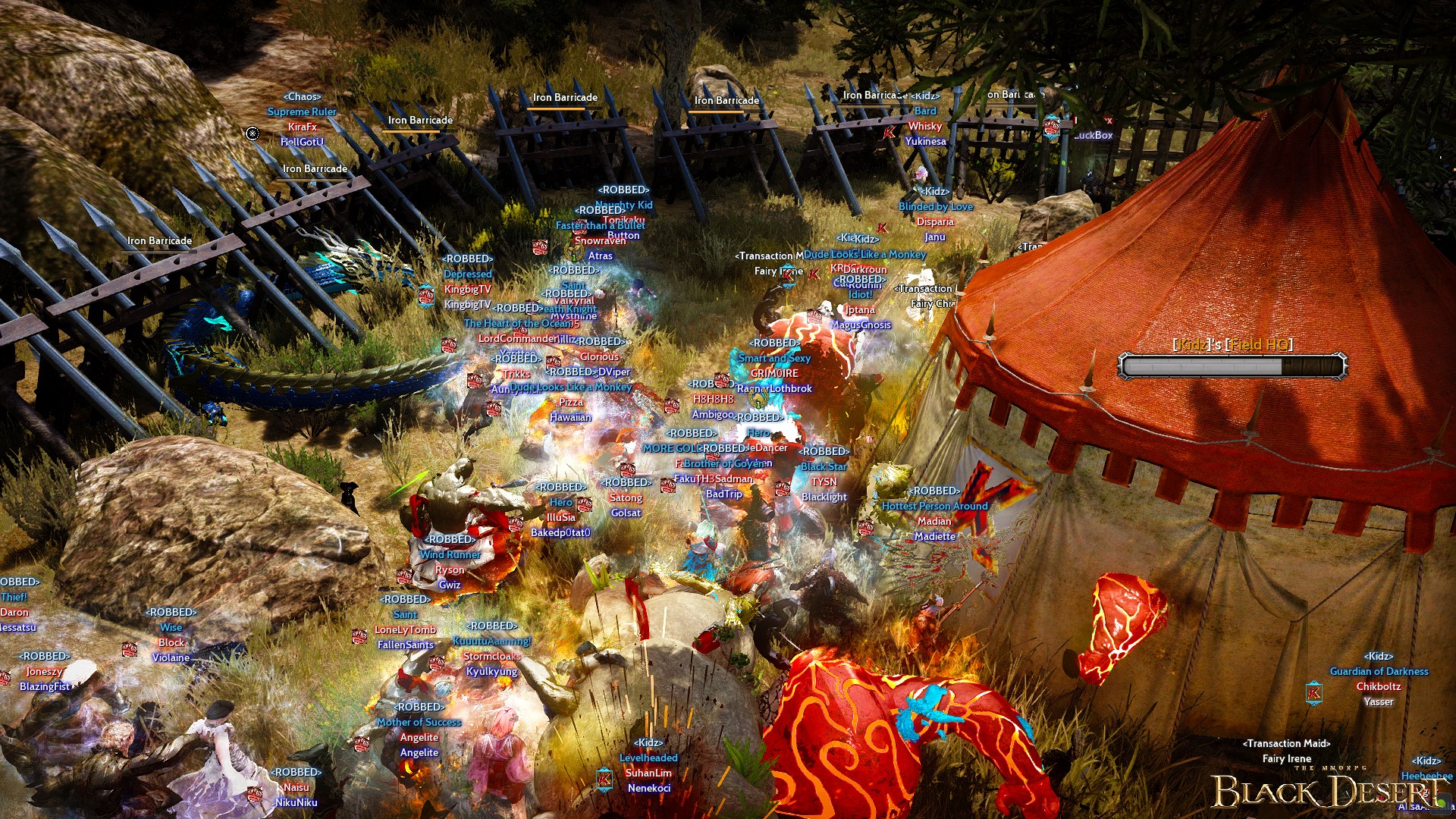 KillOnSight then attacked ROBBED's command post at this time. ROBBED forces had to hurry back to defend. They were able to fend off KillOnSight.

BlackOrder was wiped out immediately by a small force from Acnologia. BlackOrder retaliated with an attack of their own. They wiped out Acnologia forces and attacked their command post. However, BlackOrder left without finished it off. 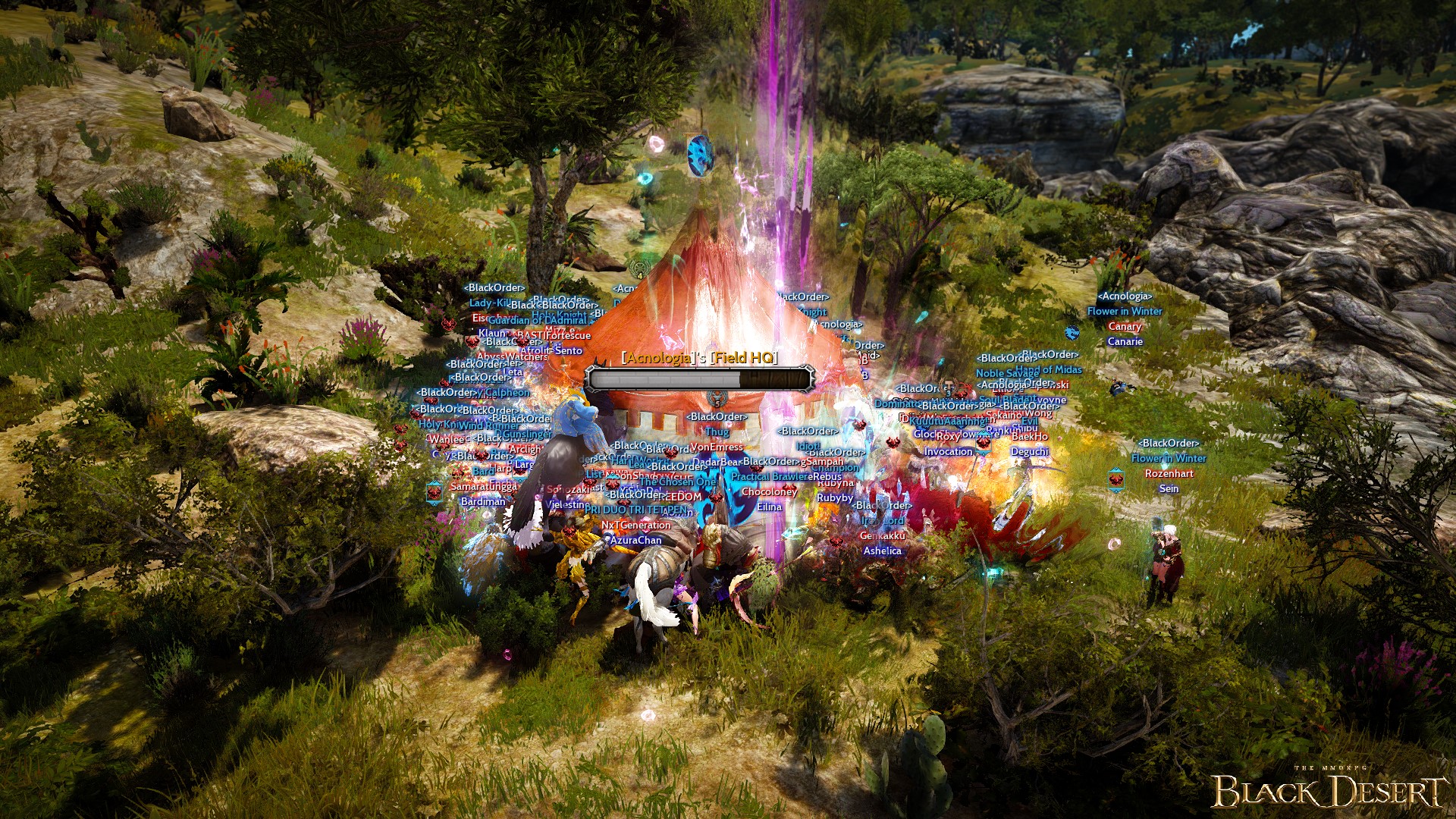 KillOnSight came back to attack ROBBED's command post while ROBBED forces were out taking Kidz down. ROBBED eliminated Kidz and their command post, but ROBBED’s command post took a considerable amount of damage before they could fight off KillOnSight. ROBBED started to repair it as soon as they could.f

After the repairs, ROBBED regrouped and headed towards Altair. They weren’t able to take Altair down, but Chaos came before Altair could get ready.

Near BlackOrder's command post, KillOnSight had their forces to block Exalted’s path. Exalted launched an assault in response and fought against KillOnSight. They were able to wipe out KillOnSight forces and went straight to BlackOrder.

BlackOrder held their ground against Exalted for awhile, but Exalted eventually eliminated their forces and destroyed their command post. 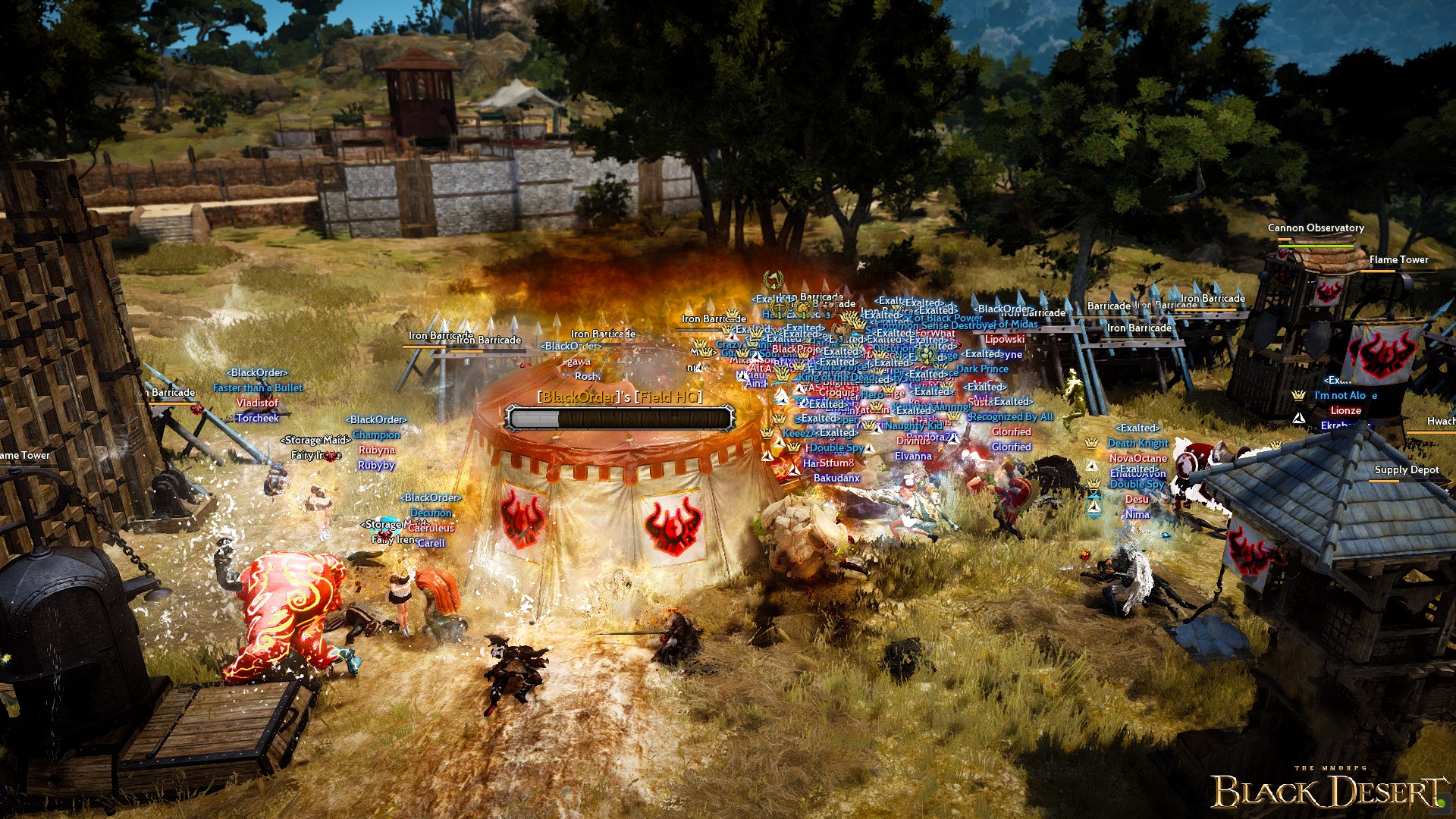 ROBBED was battling ExcellonPH during this time. ExcelleonPH held off the attackers but ROBBED pushed their forces forward to demolish ExcelleonPH's command post.

KillOnSight went off to finish Acnologia's command post, which was heavily damaged before.

Exalted then took this chance to siege KillOnSight's command post. The defenders quickly returned and to put an end to the siege. Exalted then divided their forces around the area, forcing KillOnSight to keep up with the rapid incoming attacks.

Exalted crushed KillOnSight’s forces with the opening created from these attacks. Exalted then went on to attack the command post directly. However, KillOnSight recovered and pushed the attackers out, saving their command post. KillOnSight followed Exalted forces to push them out further when ROBBED launched a surprise attack, which forced the defenders to fallback. Noodle came and attacked KillOnSight’s command post as well. With two guilds keeping the defenders, Exalted rejoined the battle. 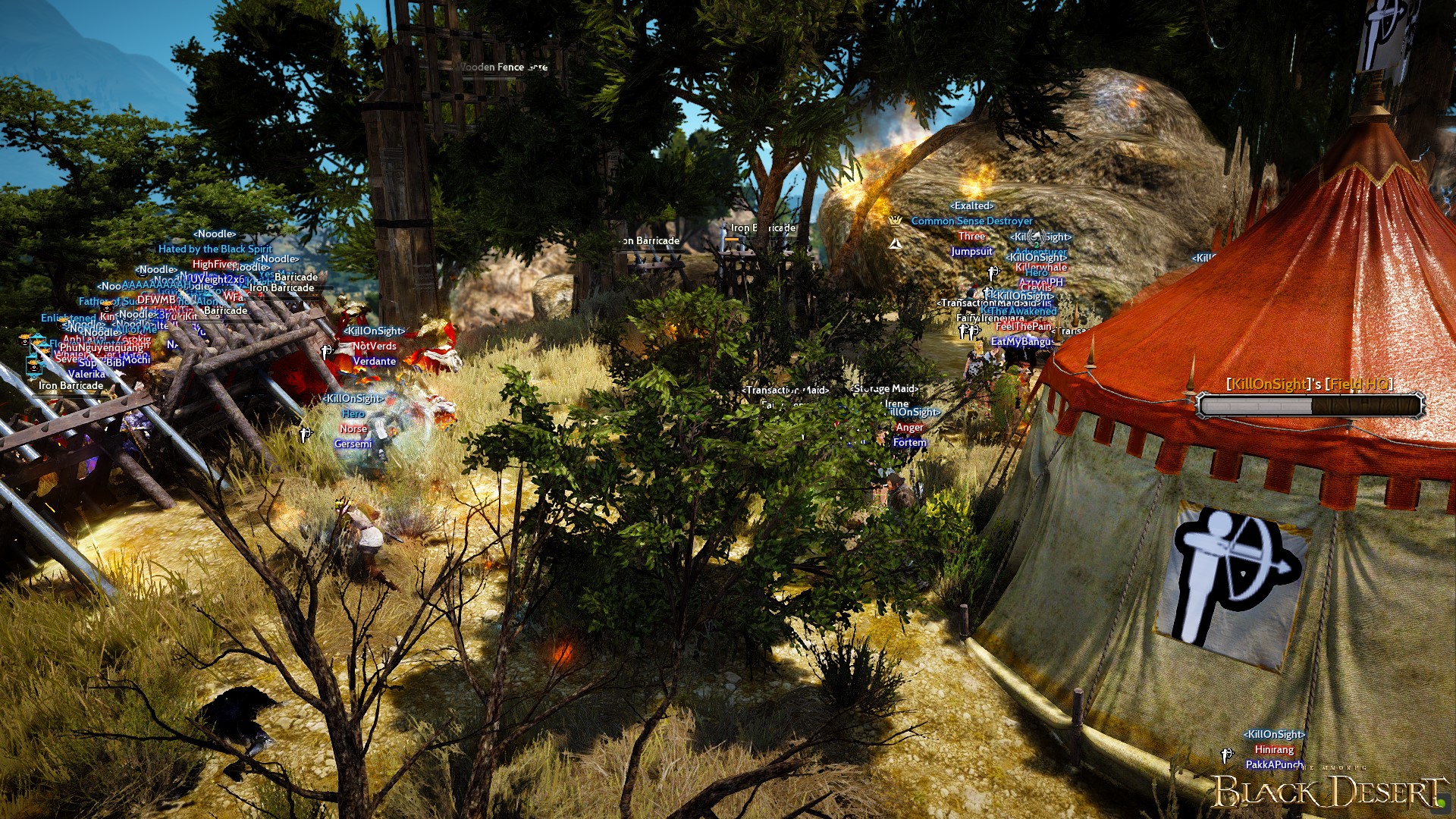 KillOnSight could not fight off these three guilds and ultimately was defeated. Exalted landed the final blow on the command post.

The remaining guilds appeared to target each other's command posts. ROBBED destroyed Avalon, Altair, Chaos, and Vsky’s command post, which was the most a single guild took out during this time. 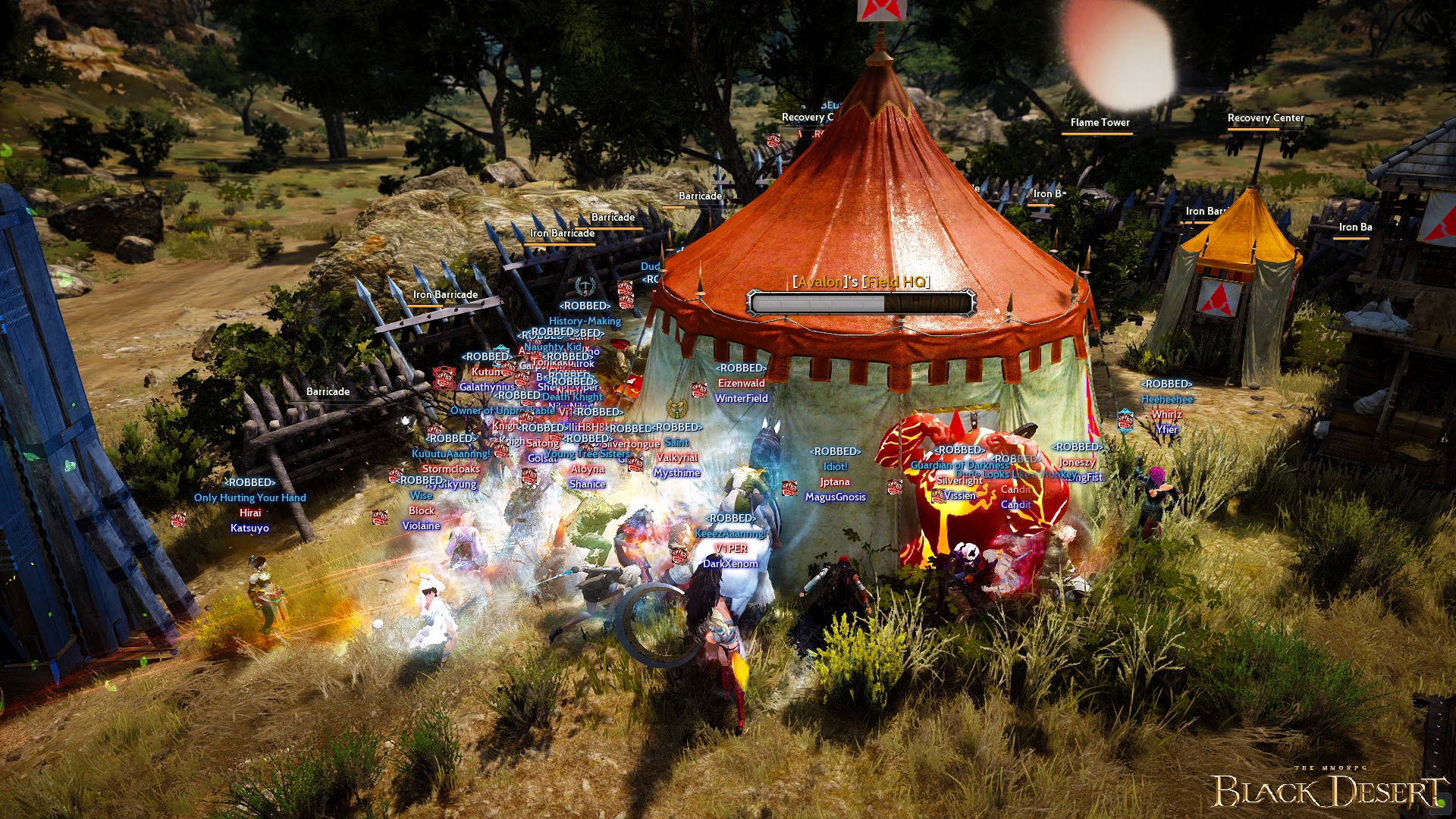 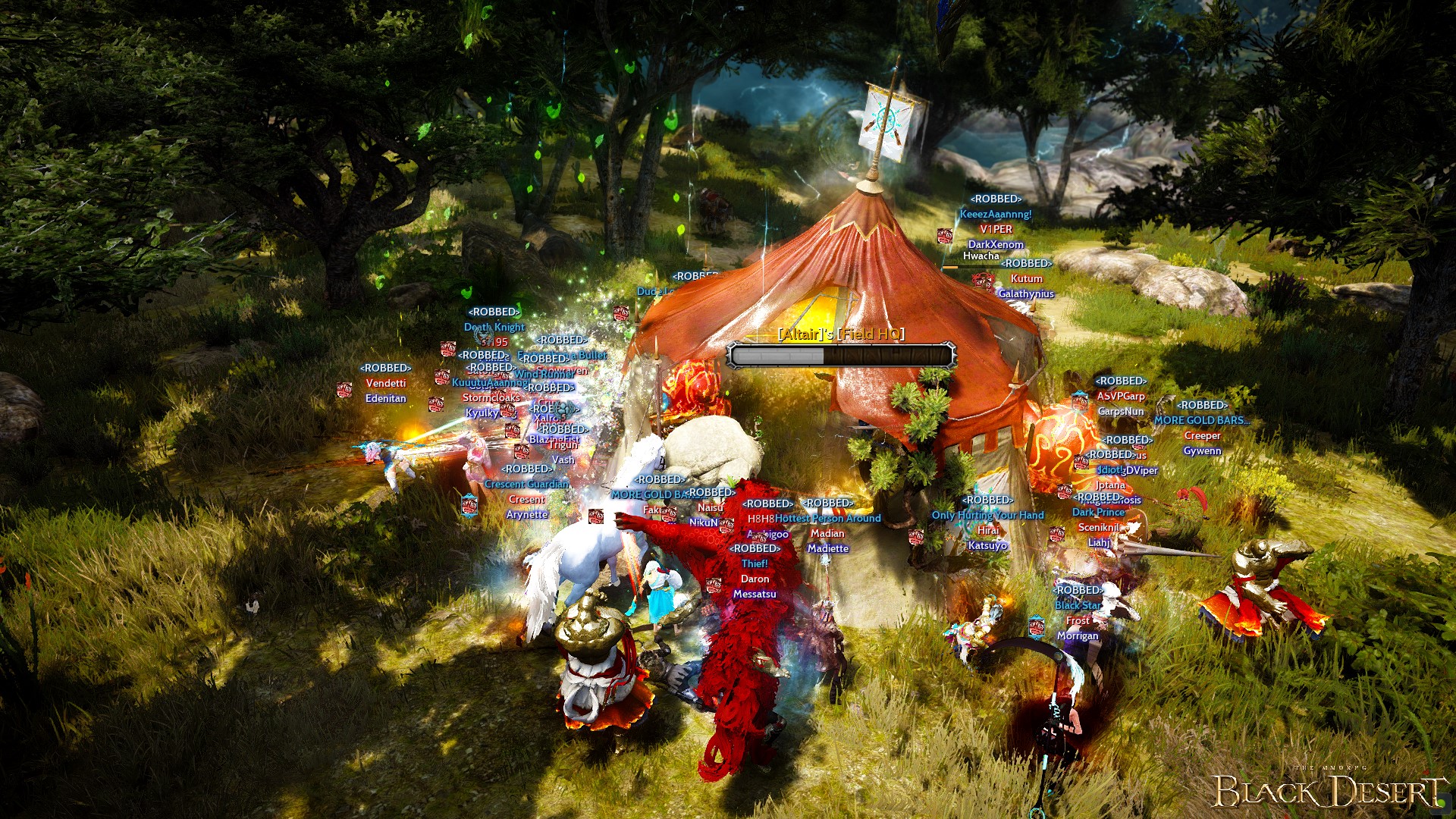 Exalted was nowhere to be seen after defeating KillOnSight. So it appeared that ROBBED was going to take the win. They had a small group stationed nearby Exalted's castle while they took their time destroying Noodle. 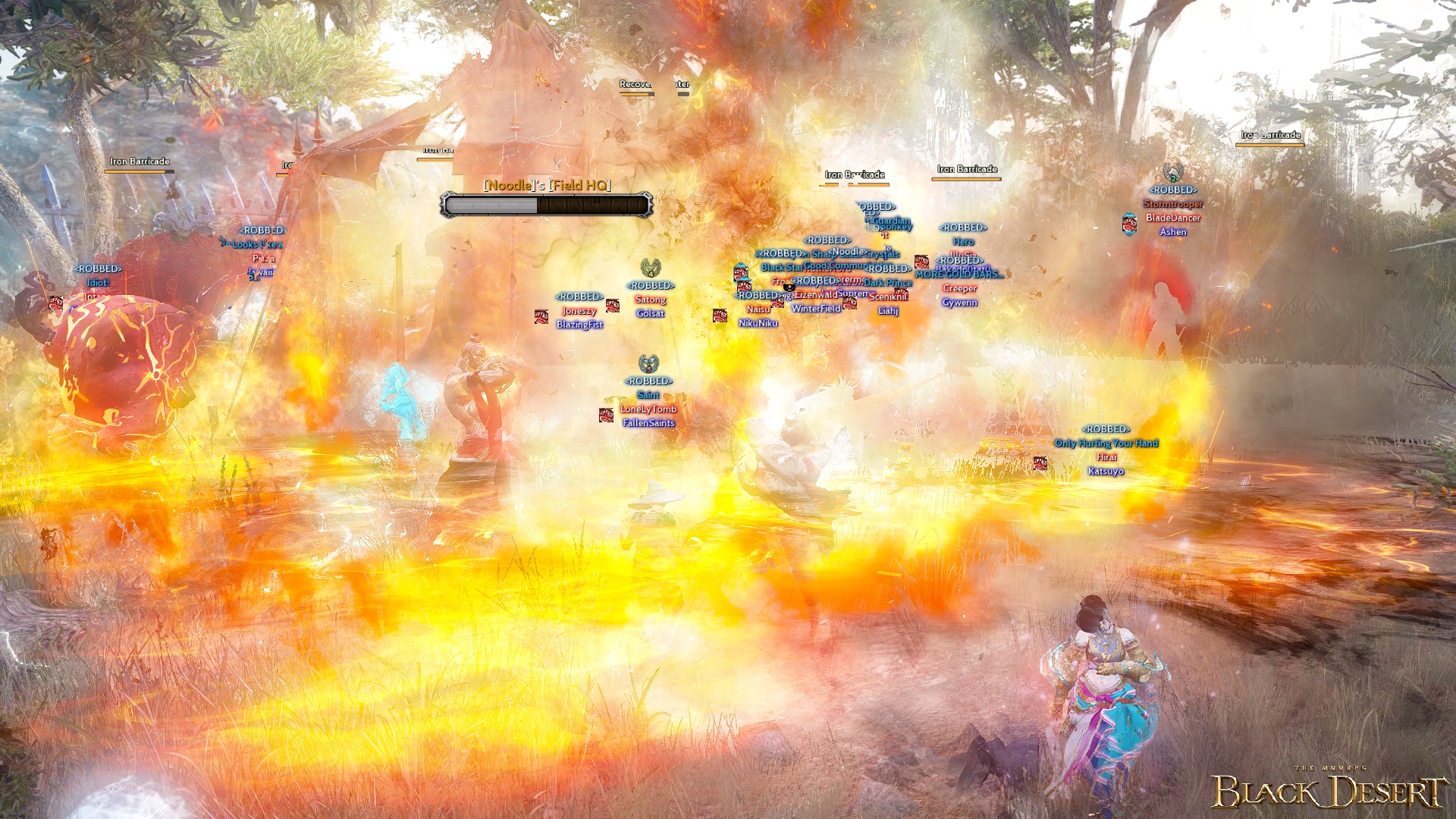 Exalted was able to continue their reign over Mediah for the fifth week straight.

View list
Comments 3
Bang
Lv. 1
stop reporting mediah thanks; wasting pesos on someone to make up an inaccurate story every time..
Bang
Lv. 1
ps. mediah ended at 2 hours because you guys were too incompetent to realize you shipped the new siege rule mechanics in with valencia part 1.5 and didn't deign to put them in the patch notes
The post was deleted.
Marshy
GMs dont even play their own game OMEGALUL
Cancel Register
Cancel Register
1
View list