These are the updates made to Black Desert on October 8, 2019.

- You can open the entrance to Kratuga Ancient Ruins at a certain location in Hasrah Ancient Ruins for a limited time by using Black Spirit's Claw Piece or an Unsealed Ruins Slate. 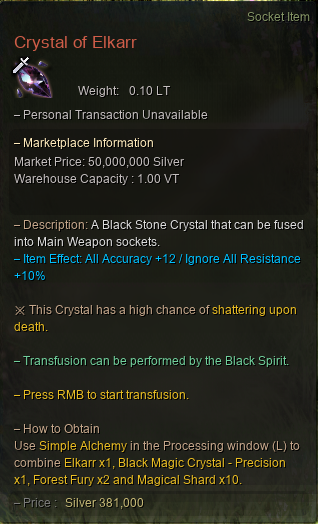 - The new item gives All Accuracy +12 and Ignore All Resistance +10% when equipped.

- Elkarr, the material needed to make Crystal of Elkarr, can be obtained in the new hunting ground Kratuga Ancient Ruins as a very rare drop.

- “Recently Used” keeps a record of up to 15 menus that you’ve accessed through the new menu in order and removes the oldest record.

- Recorded menus in the “Recently Used” function can be fixed or deleted.

- Gaining Knowledge, proceeding with a quest, and other functions from the button interact can be found by pressing the “Chat” button.

- Exchanging seals and items can be found by pressing the “Exchange” button.

- You will now be able to see all the items, even the items you current do not have, that can be exchanged through the NPC in the Exchange window. 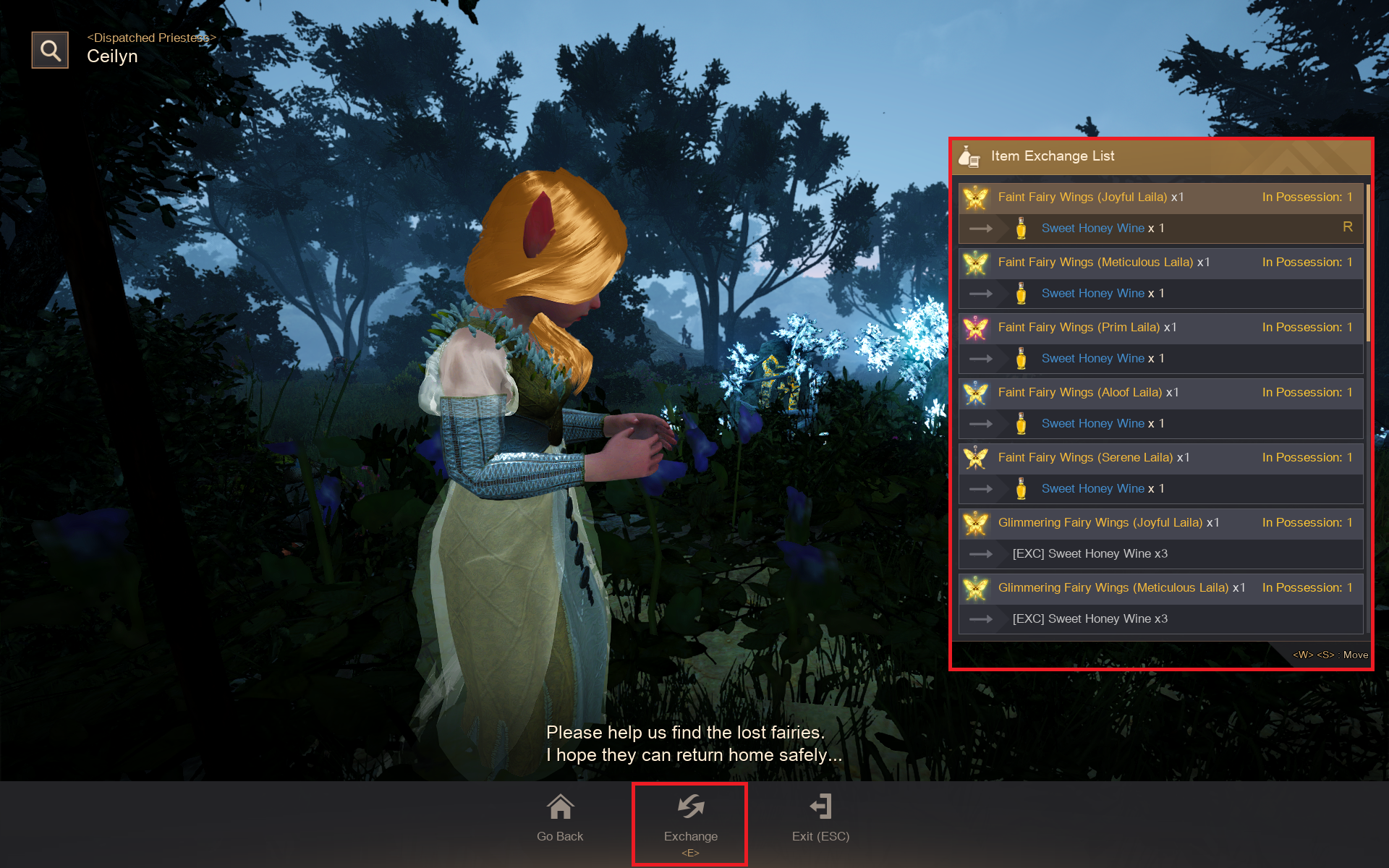 - Quests, Chat, and Exchange will always have fixed hotkeys. Other buttons in the UI will use number hotkeys <1> - <4>.

- When you press (R) for the Quest button and open the Quest List window, the (R) will disappear and only the text Quest will be displayed. 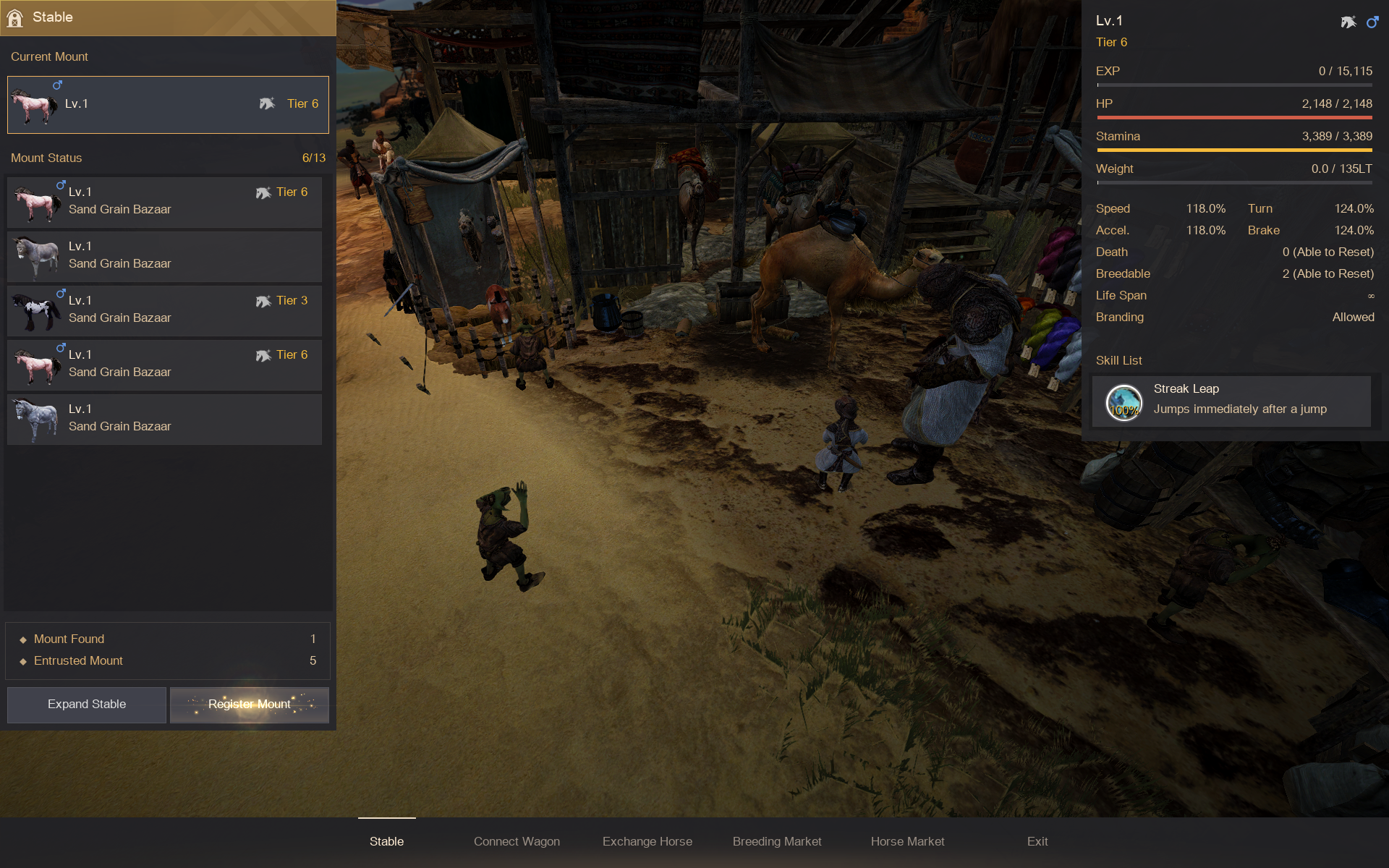 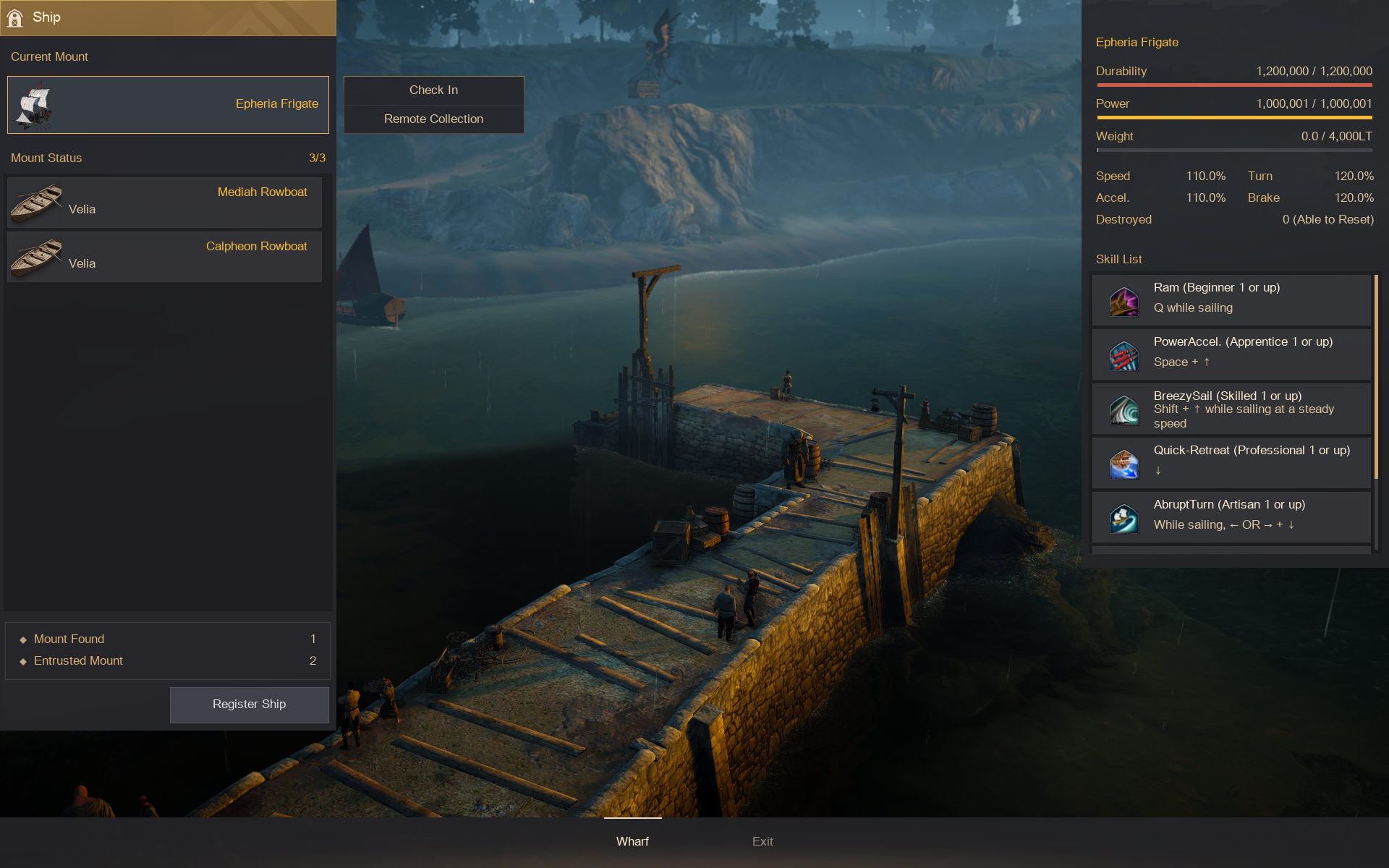 ● Express Goodwill window was changed to show items that can be used as gifts.

- Set the grade and number of workers you want to see then press the View Workers Continuously button. It will automatically refresh workers for the number of views you’ve selected or when a worker at the grade you wanted or higher becomes available for hire.

- When attempting to enhance on a character with 50 stacks or higher and the Enhancement Chance goes over +70%.

- When attempting to enhance on a character with 100 stacks or higher with the following items and enhancement levels.

● A random animation will be played when enhancing equipment from IV (TET) to V (PEN).

- Skill points used for the previous skills will be returned.

● Fixed the issue where attack range increase was included in the skill description of Absolute: Evasive Explosion Shot. - Last modified: 10/8 14:53

- This is only true for mounts on land.

- This does not apply to guild mounts.

- These monsters were moved farther away from the roadside.

- [Boss] Slayer of the Arena

- This graph will appear when you check the item details.

- However, these items in the Guild Storage or character Inventory cannot be used.

- The issue where the same types of items overlapped.

- The issue where the wrong item would be displayed in the tooltip.