● Changed pet skills so they can no longer be used immediately after taking out your pet.

- Upon taking out your pet, you can use its skills after 1 cooldown cycle of each skill.

● Fixed Altar of Blood so you will get a notification canceling your queue if your character's HP decreases while waiting in random queue.
● A rather unsettling anomaly has been observed from the Dark Rifts. Scholars say this phenomenon is due to the Dark Rifts slowly expanding.

● Improved the following skills by changing them to generate Fragments of Darkness:

● Fixed the issue with the Skill Add-on effects being applied to all targets.

"Please make it easier to absorb fragments in Awakening."

This was one of the most common suggestions we heard from Adventurers playing Sorceress. The current style of gameplay intended to encourage the transitioning between Awakening and non-Awakening, but this led to increased fatigue among Adventurers.

Thus, we added 1 skill each for Skill Enhancement and Awakening Skills to allow for fragment absorption. We will continue to share our thoughts with you in future updates.

● Improved the effects of the following Succession skills.

● Fixed issue of the following skills not being able to be locked.

The most prevailing opinion amongst Adventurers playing Musa was to improve certain underused Awakening skills and lackluster damage.

Here, we first worked on improving Crust Crusher and Twister. We adjusted Crust Crusher's rather exaggerated movements and long cooldown compared to actual damage amount, and we changed Twister's status ailment effects to be of better use when being comboed into other skills. Also, we eliminated how certain skills had damage spread out across multiple enemies (so-called split damage).

● Chase - Improved to allow Red Blade buff even during skill use.

- However, Chase allows for only up to Red Blade level 2, and cannot obtain the Red Blade buff if Chase is on cooldown.

- After using Chase, you need to use Prime: Decapitation to achieve Red Blade level 3.

※ However, if Red Blade is Level 3, using Prime: Divider and Prime: Dragon Bite will not apply extra effects.

● Removed the unnecessary split damage effect that was applied to Awakening, Succession, and Main Weapon skills.

Adventurers playing Maehwa were vocal about increasing the utility of Red Blade for Succession.

Thus, we made it so Prime: Divider, Prime: Dragon Bite skills when used at levels 1, 2 of Red Blade will apply certain buffs, and for Prime: Decapitation to activate the Level 3 effect when desired. Also, we adjusted Chase to apply Red Blade buffs, which allows for easier stacking of Red Blade levels 1 and 2.

Like Musa, we also removed the split damage of certain skills to multiple opponents.

Maehwa will continue to see further updates as well.

● Hop - Fixed issue of skill effects of Hop II and Hop III not occurring when using the skill in the forward direction.

● Black Spirit: Get Well - Fixed issue of skill effects not being applied to allies when a World Boss appears.

● Increased Max Price by 30% of the following PEN (V) grade items in the Central Market.

● Increased Max Price by 20% of the following PEN (V) grade items in the Central Market.

- Eye of the Ruins Ring

● Changed the names of Sea Coin currency and Sea Coin Shop to Crow Coin, Crow Shop.
● Changed the item "[Event] Premium Outfit Box" from the item "Radiant Adventure Box" to a version that can be used by Lahn, Archer, and Guardian. 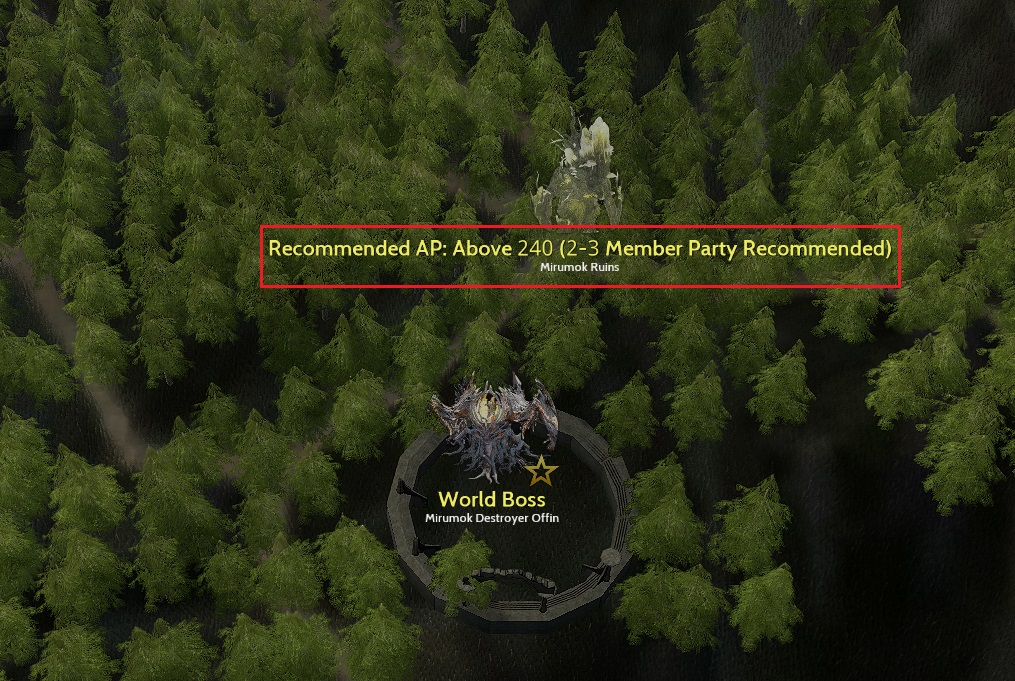 ● Increased HP of monsters in Balenos territory by around 30%.

● Reduced levels of Swamp Naga monsters in Serendia by 1 level.

● Improved the Magical Sub-weapon Exchange quest so it can be completed in either Calpheon or Mediah.

- Adventurers who've already completed or are still undergoing "Magical Sub-weapon Exchange I" from Calpheon may not obtain an additional quest from Mediah.

● Changed the requirements for Balenos sub-quests to allow new adventurers to focus solely on Main Quests. ● Fixed issue of "Beginning of a Journey" showing the pre- and post-rework versions of the quests in the Quests tab (O) when acquired right upon entering the game with a new character.
● Fixed issue of characters who did not begin pre-rework Kamasylvia Main Quests to no longer see the pre-rework version of Kamasylvia Main Quests in their Quests tab (O).
● Added connecting quests between Valencia Main Quest I and II in the Quest tab (O).

● Moved the following quests from Main to Suggested in Quests (O), and will appear as Suggested Quests in Black Spirit's Quest tab.

- You can complete the quest just by discovering the journal documenting the unfortunate fate of Giath in the Goblin Cave then returning directly to Grusha. 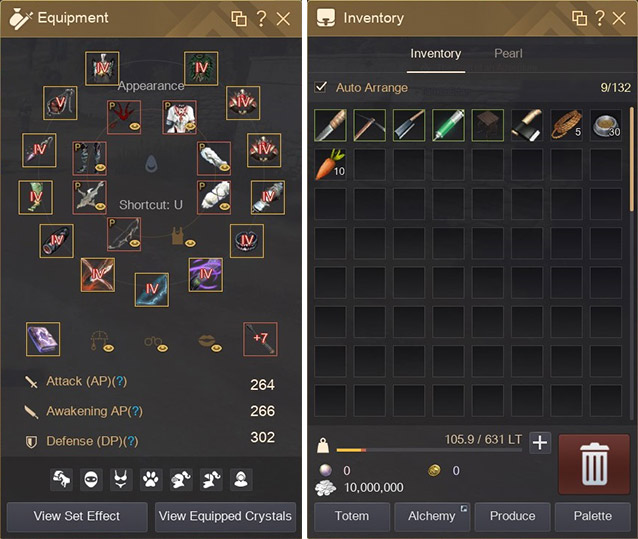 ● Changed HOT, EVENT icon colors in the New Menu.
● Fixed issue of item descriptions being closed when Cooking or Alchemy completed.
● Improved Connect Wagon window to show the genders of horses when selecting horses to connect.
● Changed the Enhancement window so you can use LMB to put in Caphras Stones.
● Fixed an issue where the Skill Add-on window would close after a skill was enhanced and reopened.
● Added details for Succession skill damage in the Equipment window's description on AP.
● Fixed issue of the Palette window's position appearing irregular when opened while the Inventory (I) window was in Sticker UI.
● Changed the "Black Spirit Emoji" window title to "Emojis".
● Fixed issue of the receivable silver being displayed as 0 when pressing the Collect Wage button in the Guild Missions window for the first time.
● Changed descriptions of skill cooldown periods in the Guild Skills window to be more descriptive.
● Fixed the Collect Wage button to present appropriate funds even if Guild Missions were not completed.
● Returning Adventurers with no history of participating in group chats will automatically be placed in the Lunar Halo Inn chat group.
● Fixed descriptions for skill effects in the Guild Skills window.
● Adjusted how Guild Skills are learned. LMB on the skill to display skill description, then LMB on the + that is displayed in the skill description.
● Added exchange confirmation message to appear when attempting to exchange branded items with NPCs.
● Changed fairies to be unusable while using a campsite.
● Improved description for increasing Guild Protection Capacity.
● Improved Guild Boss descriptions by making normal boss descriptions differ from Khan.
● Adjusted Recover Max Dur. window to show the grade color frames of Recovery Target Equipment and Ingredient for Repair.
● Improved issues with framerate when the minimap UI was on.
● Fixed issue of Crafting Notes descriptions overlapped with the words "Craft Info".
● Adjusted the item menu so it doesn't go beyond the borders of the Inventory window.
● Fixed issue of being unable to select the item menu while the Inventory is in Sticker UI.
● Fixed issue of certain abnormal descriptions being displayed when the Equipment window was open in the Sticker UI.
● Fixed issue of the Storage window not opening immediately when pressing the Load Cargo button during Bartering.
● Deleted the [Most Recent] filter from Beauty Album Creator Ranking.

- The Creator Ranking was refreshed during the maintenance.

● Changed the Inventory (I) window to require the window to be reopened to update the changes in slots when the Auto Arrange function is on and items are trashed, used, or there’s a change in the rows.
● Optimized the notification UI which appears on the right side of the screen for the situations listed below.

- When obtaining better armor, when inventory is full, for Extra Quests

● Improved issue of dropping framerates when looting items from defeated monsters by optimizing the UI.

- The improvements are noticeable if you're inventory is filled with a lot of items or the Auto-Arrange function is toggled on.

We are in the process of optimizing the UI by reducing its sluggishness to improve the game's performance. During this process, we changed the "Auto Arrange" option in the inventory window, and now, when you discard or move an item with Auto Arrange on, your inventory will only be updated when you reopen it, and not in real-time. We understand that this may cause inconveniences, but we hope you understand that this is a part of the optimization process.

● Fixed an issue where furniture with a size similar to a table could not be placed on the table.

● [Mystic] Fixed an issue where you could not move after using the social action "Proudly".

● Fixed an issue where the Crow pet disappeared after looting.

● [Shai] Fixed an issue where the key guide did not appear when lying down.

● Fixed typos of the following.

● [Striker] Fixed an issue where Flash Step was omitted in the list of skills that are enhanced after undergoing Succession.

● Fixed an issue where fish of Velia origin would be caught when fishing in inaccessible areas of Al Halam Sea.

● Fixed an issue where trade goods could be moved using the #5 Wagon of the Storage transport wagons.

● Fixed an issue where an abnormal message would be displayed when recovering guild elephant injury.

● Fixed an issue where the number of slots available would be abnormally displayed in the Storage Transport window if a transport wagon had arrived.

● Fixed an issue where the purchase information wouldn't update in the Pearl Shop (F3) when purchasing items with the inventory (I) window open.

● Fixed an issue where the speech bubble description in the equipment window did not close when exiting the NPC repair menu.

● Fixed an issue where [Quest Target] did not appear when the quest objective is to obtain the knowledge of specific monsters.

● Fixed an issue that caused the camera to move to the wrong location when taking high-quality screenshots.

● Changed the quest acceptance requirements for the Valencia Main Quest
- You must be level 55 or higher and have completed the “Apocalyptic Prophecy” quest to accept the quest “In Search of the Eastern Sand Kingdom”.