Thanks to Lando, here’s a taste of the cutscenes and stories that you can expect in the main questline.

▲ Need a guide for the new region? Call Lando! 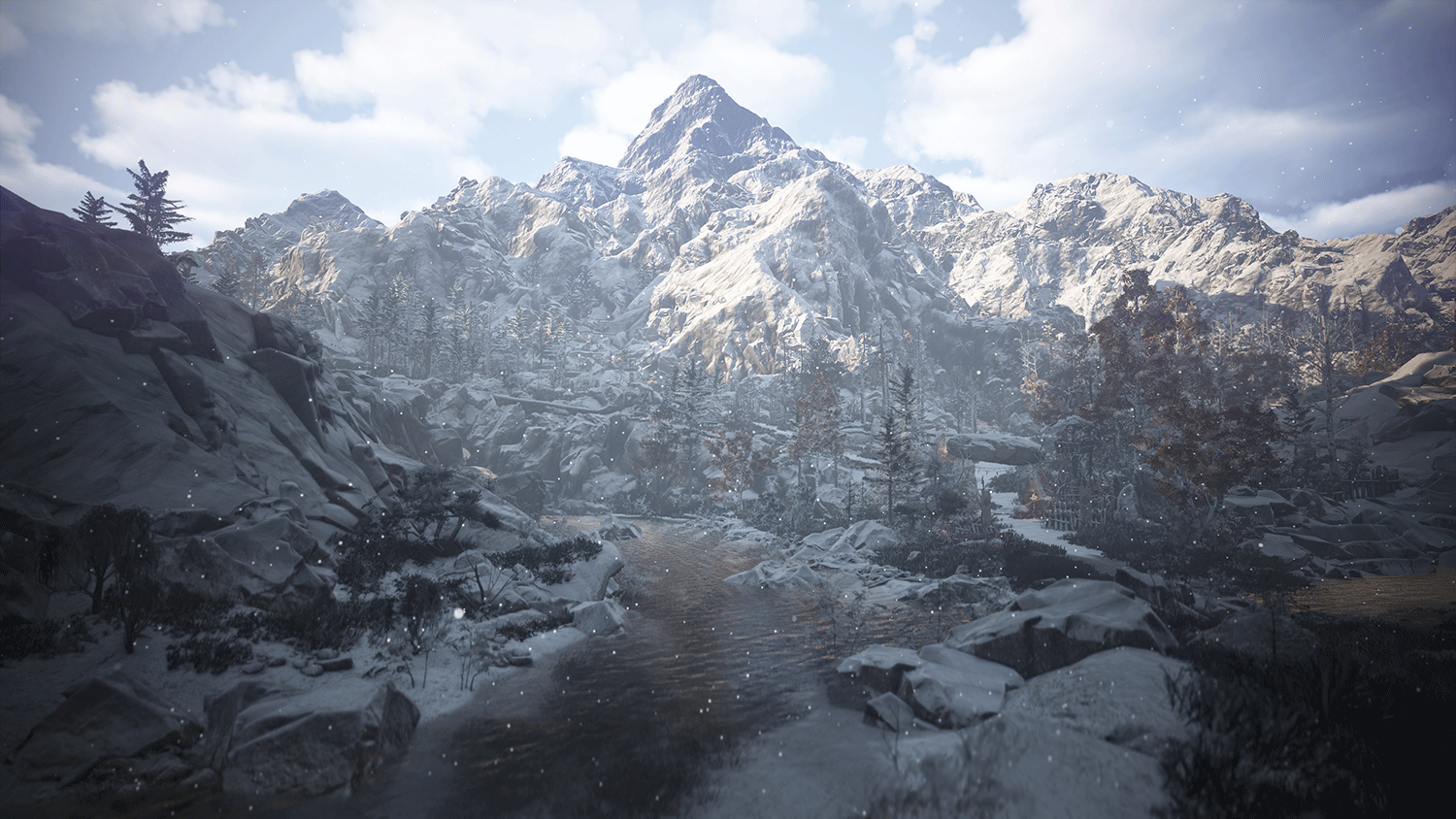 The Mountain of Eternal Winter is where the legends of Labreska, the Golden Dragon, first originate from. Located south of Drieghan, you can reach the new region by traveling rightwards from Duvencrune.

Living up to the name “eternal winter,” the region is characterized by constant snowfall and powerful snowstorms which cover its peaks.

Continued exposure to the region’s chilling environment will inflict the health-draining debuff Frostbite. But as long as you have the regional drinks, Citron Tea and Well-brewed Mesima Tea, you have no reason to fear frostbite while exploring the Mountain of Eternal Winter!

* Check out the in-game Crafting Notes (F2) for more info about these items and ingredients. 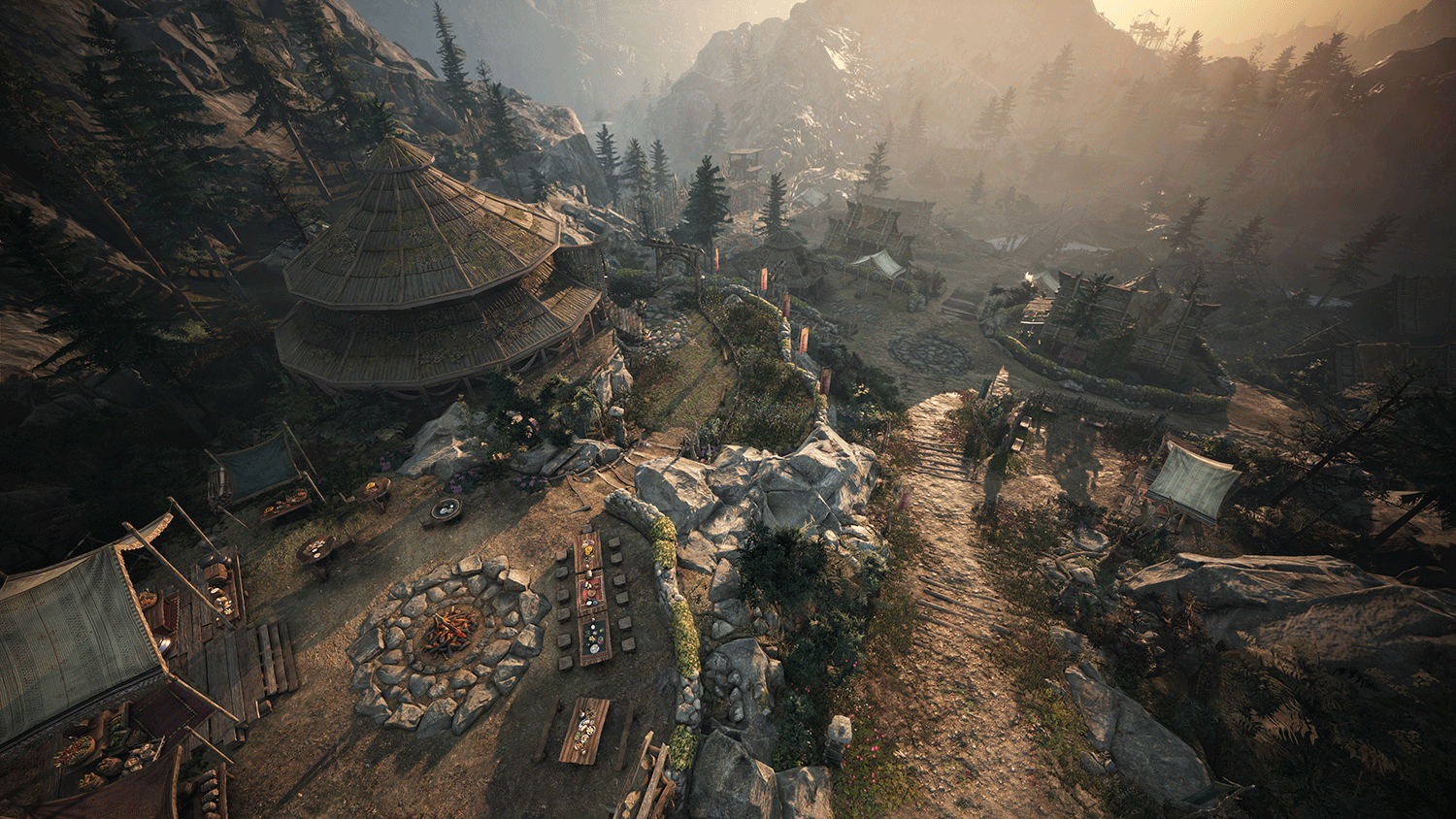 Eilton is the central village of the Mountain of Eternal Winter, and many of the mountain's inhabitants live in small camps spanning its rugged terrain. Although Eilton is small in size, the Demibeasts call Eilton their home, and the village offers more knowledge to learn than any other area. So, it’s not a bad idea to take to the time to explore and meet the people here.

There are also minerals, ores, timber, and other crafting materials, which can be processed into trade goods, that can only be found in the Mountain of Eternal Winter. 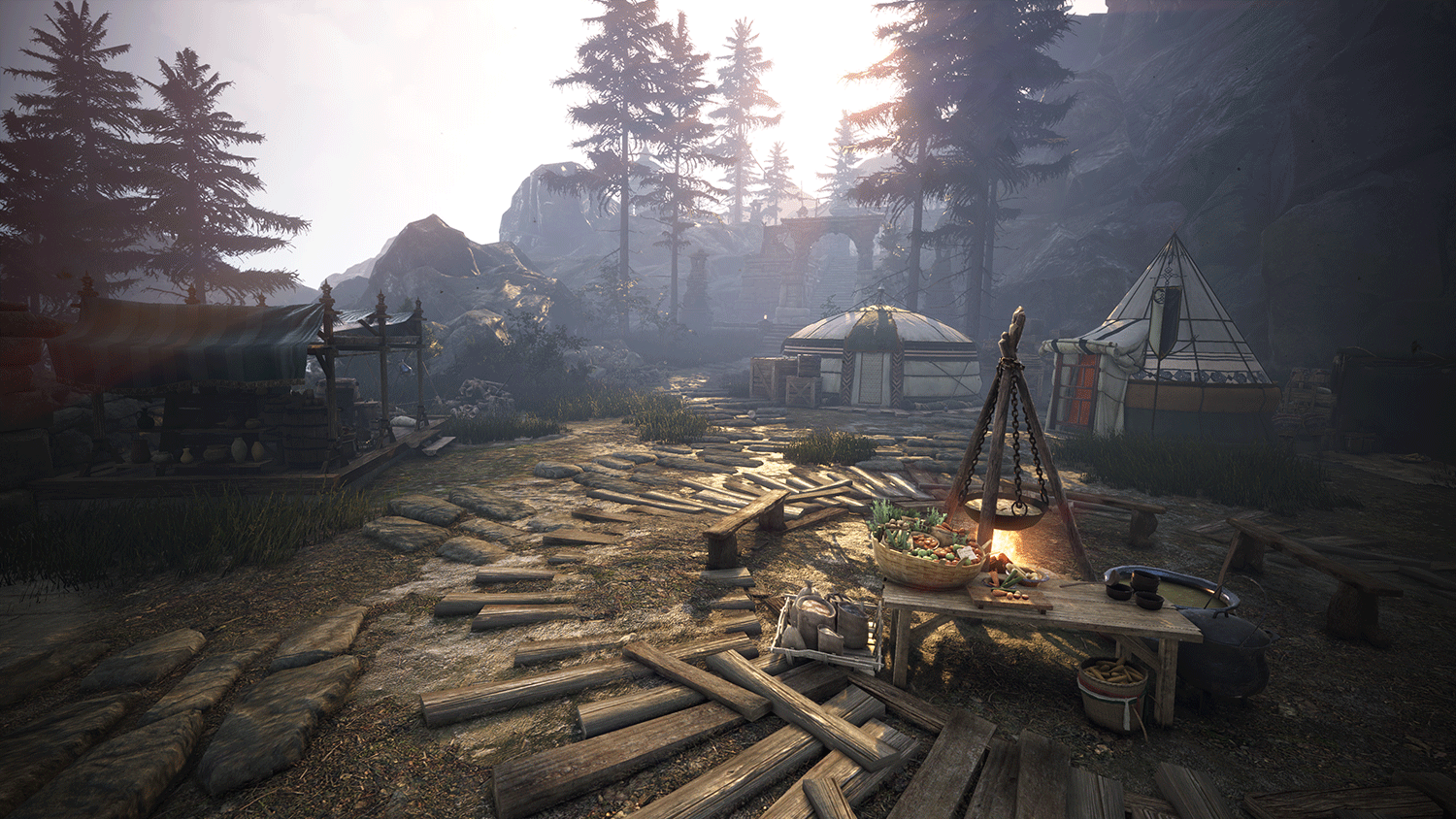 Even a land as harsh as the Mountain of Eternal has its very own regional cuisine! Not only is there a variety of cuisine to be found here, but there are also several other buff items such as perfumes, potions, elixirs, and more. For now, here’s a sample of the cuisine you can expect to enjoy.

* Learn more about each item in the Crafting Notes (F2) in-game.

Besides the cuisine, you can also obtain powerful crystals that offer a variety of effects by defeating monsters that make their home in the Mountain of Eternal Winter.

* Learn more about each crystal in the [April 6 (Wed) Patch Notes].

The Mountain of Eternal Winter is where you can obtain the key crafting material for Labreska’s Helmet.

If you’re planning on crafting Labreska’s Helmet, you’ll first need to fulfill the requirements below to accept the questline.

- Must have at least one Flame of Frost

The Flame of Frost can be obtained from several different monster zones. 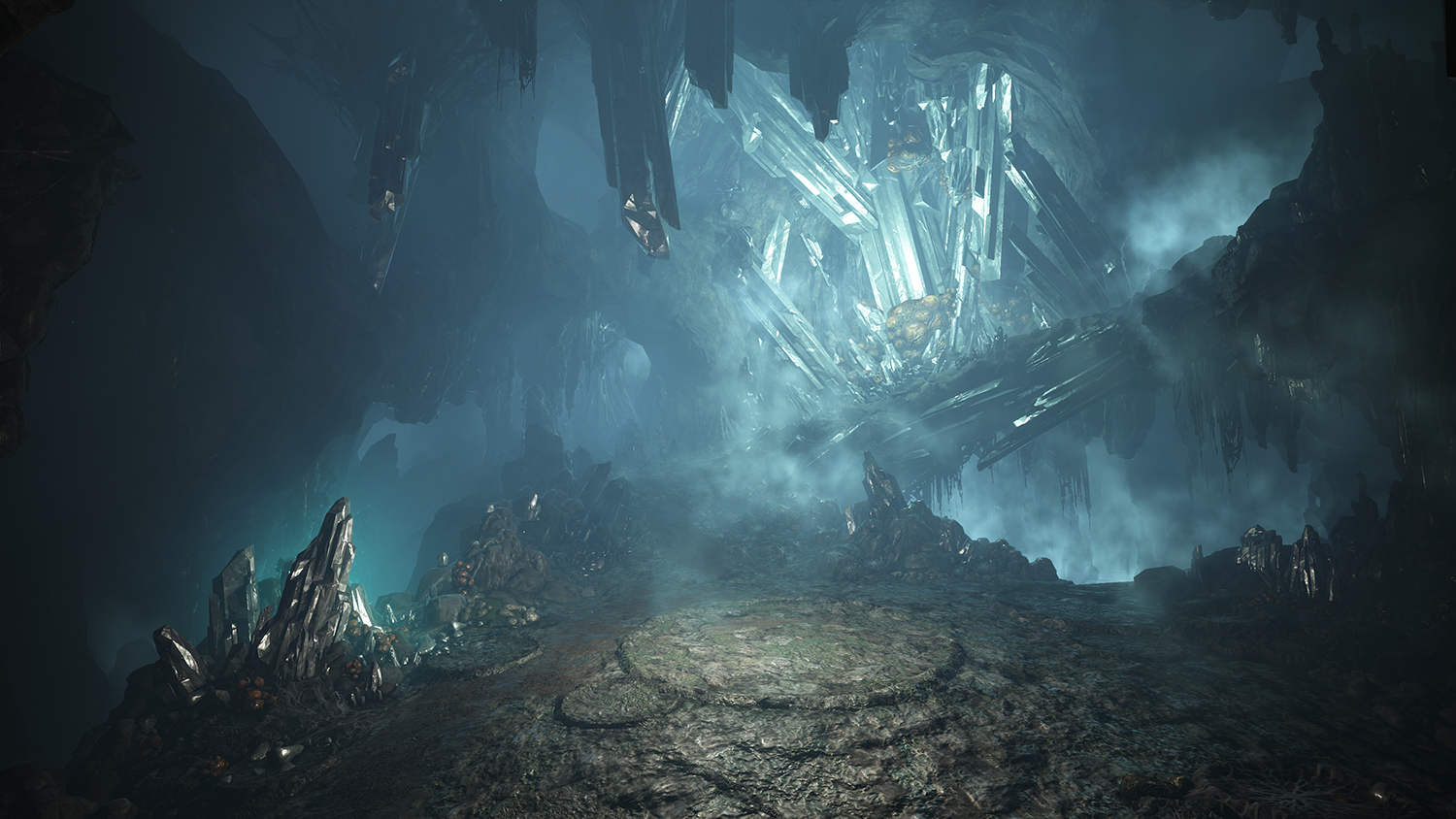 A once-prosperous iron mine, Murrowak's Labyrinth is now infested by swarms of Murrowak. If you plan on battling this infestation, you’ll need to stay on your toes as the queen of the Murrowak, Vercedes, will reveal herself to deal with any dangerous intruders

As you delve deeper into Murrowak’s Labyrinth, you can obtain “Murrowak Crystal Carapace,” which can be exchanged with NPC Torio for Tori's Box of Valuables after defeating Vercedes. 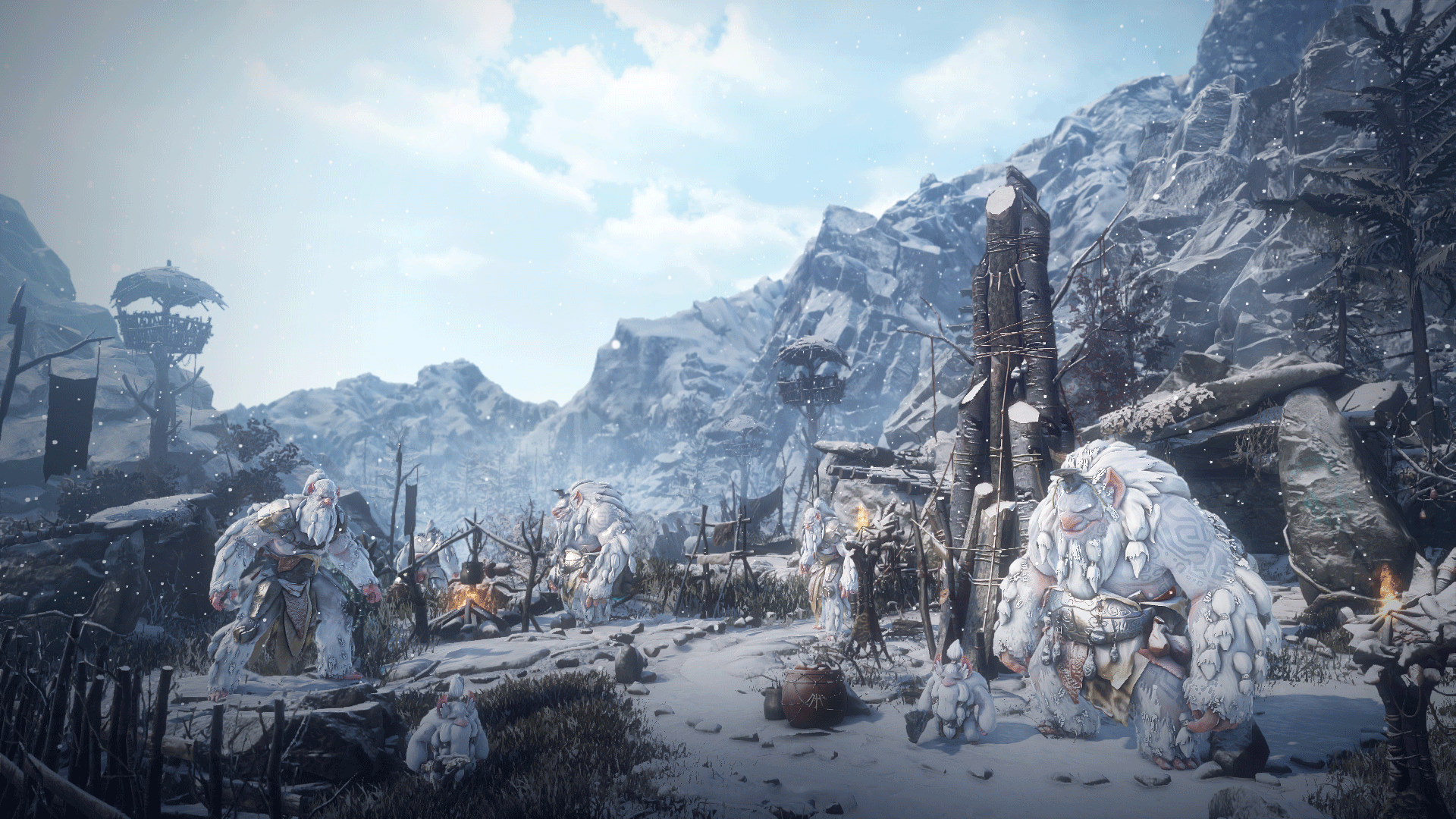 Jade Starlight Forest is the land of the Okjinsini, who are said to be born from the tears of Labreska. As a side note, although the Okjinsini are well-adapted to the cold conditions of the Mountain of Eternal Winter, they are also said to really enjoy warm food.

As the forest is their home, the Okjinsini have erected potent totems and braziers to mark their territory and empower themselves; thus, destroying these structures will make them easier to defeat. 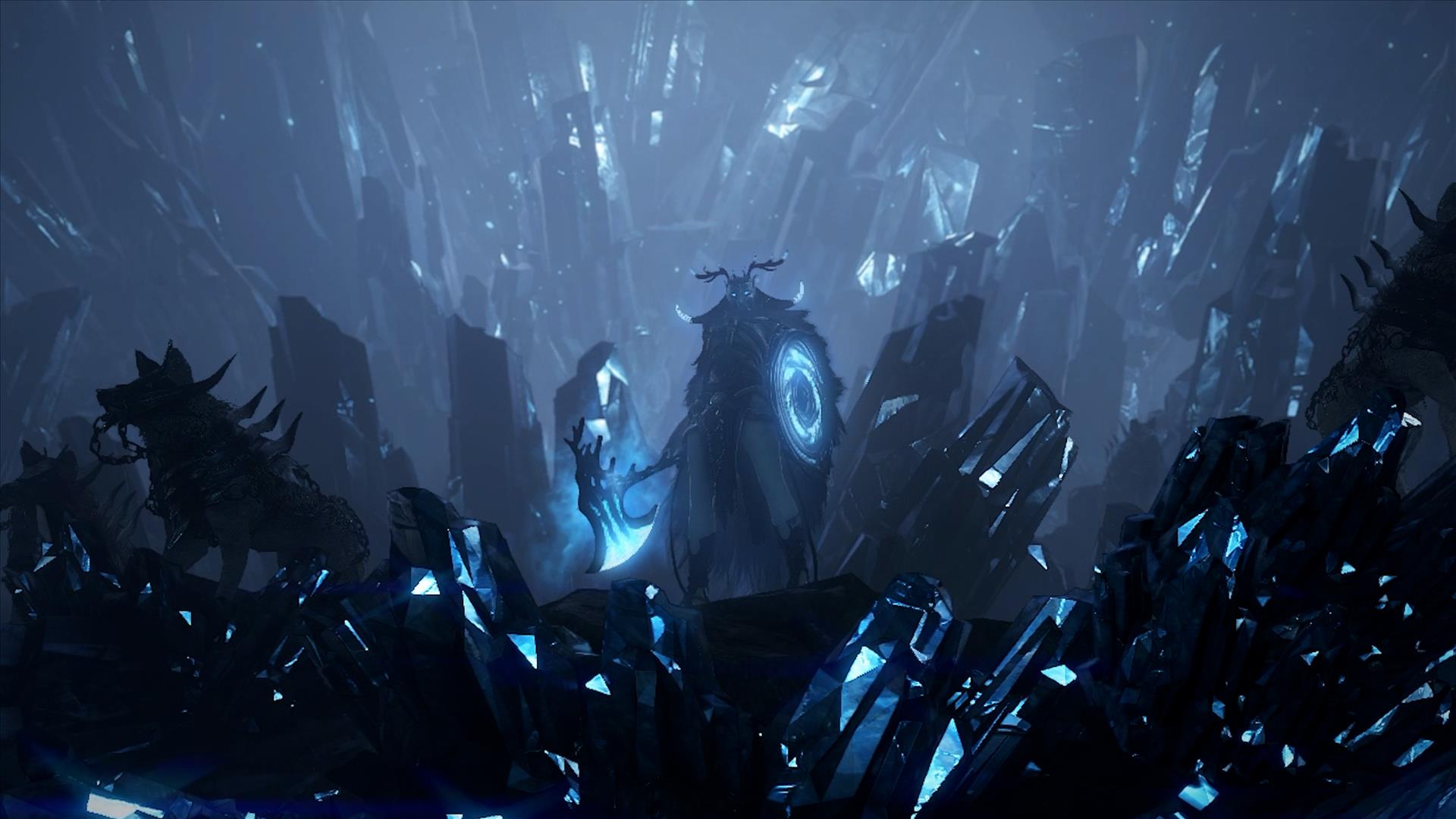 The Jade Starlight Forest is also where you can encounter Erebjork, the Dreadwinter Guardian. If you find yourself in the middle of a snowstorm here, be prepared for her appearance. Since she is one of the sources of the Flame of Frost, a key crafting material for Labreska’s Helmet, she is a dangerous foe to face alone, so consider banding together with your fellow Adventurers to take her down.

These strangely beautiful-looking Winter Tree Fossils dot the landscape of the Mountain of Eternal Winter. If you interact and spend 100 Energy with one of these fossils, you will bring forth monsters affected by the mountain’s spirits. Be prepared, because there’s a small chance that the [Wanewinter Guardian] Erebjork will appear as well!

Winter Tree Fossils offer two levels of difficulty. Of course, the rewards will also vary depending on the difficulty level, but you can obtain a variety of loot from both difficulties, so make sure to keep an eye out for these trees while exploring the mountain! 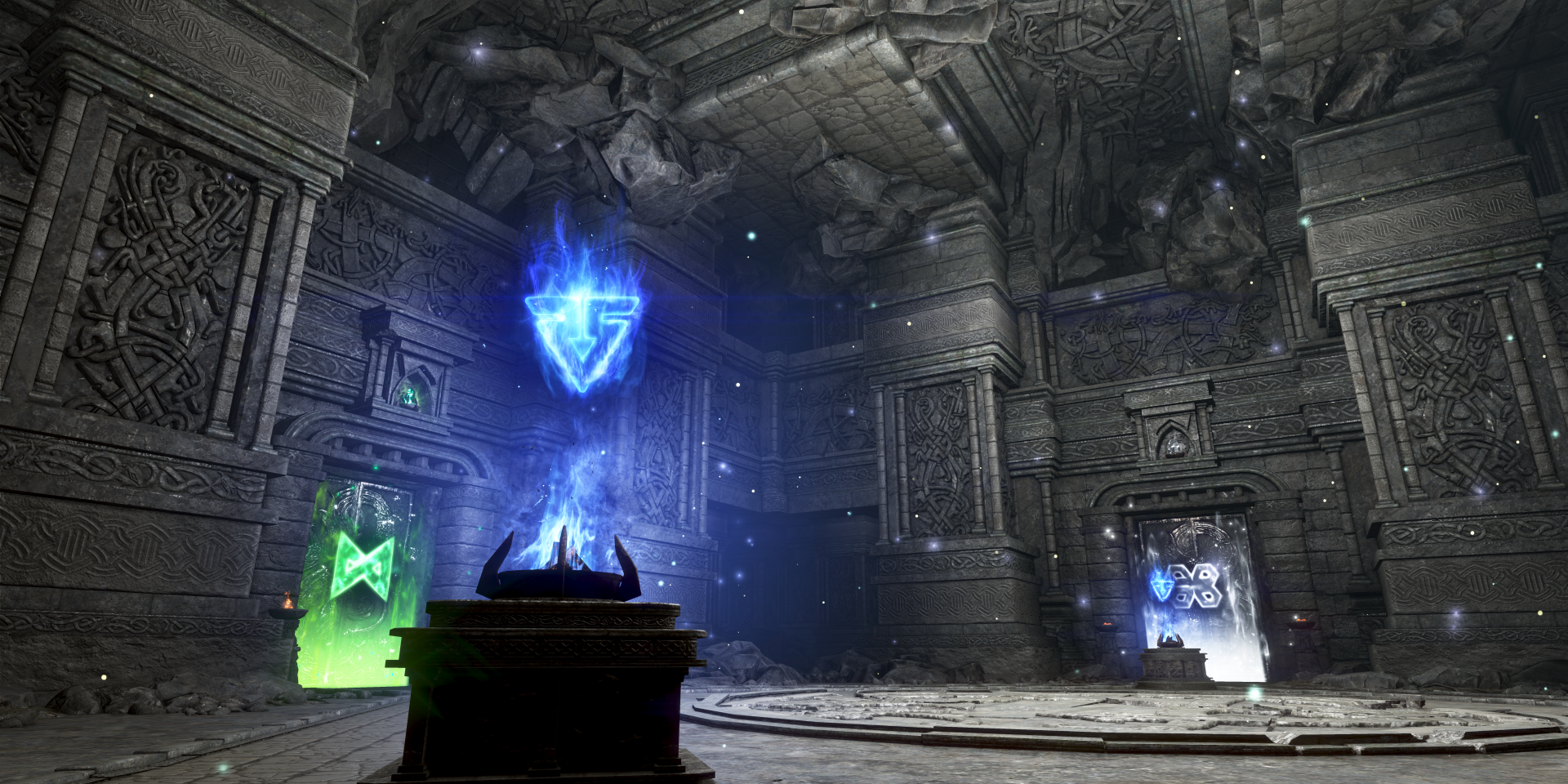 Erethea’s Limbo is a prison created by Erethea, the seventh witch born from Labreska’s first death, to “erase the fear of dragons from the hearts of mankind.”

To start the trials of Erethea’s Limbo, you’ll need to first obtain the Forgotten Witch's Token from any of the monster zones in the Mountain of Eternal Winter. 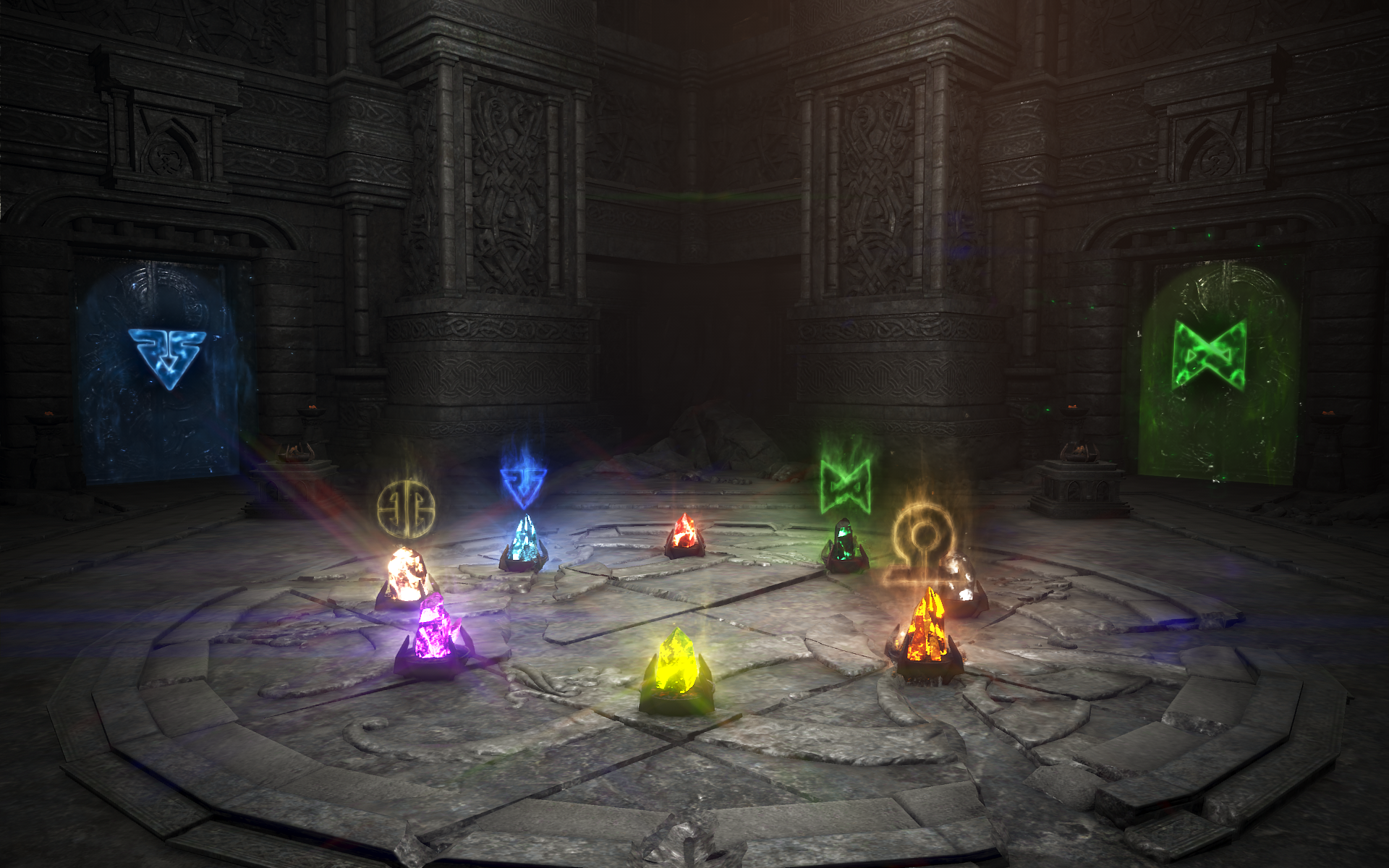 Once you enter Erethea’s Limbo, you’ll be greeted by four symbols above crystals on the floor. From here, you’ll need to clear the trials of the rooms marked with these symbols to be granted access to the Golden Chamber, which contains the rewards.

One more thing, as you move through the rooms, there may be rooms marked with a symbol that cannot be opened, so you’ll need to figure out how you’ll solve them to overcome Erethea’s Limbo.

● How to Accept Quest: Black Spirit > Event Quest > Journey to the Mountain of Eternal Winter with Rulupee

● Quest Requirements: Your character must be Lv. 56 or higher and completed the Mountain of Eternal Winter’s main questline

Once you’ve completed the quest above, you can accept an additional quest from Rulupee.

● How to Accept Quest: NPC Rulupee > [Event] A Forgotten Gift

● Quest Requirements: Completed Journey to the Mountain of Eternal Winter with Rulupee

And that wraps up this GM Note, whether you’re battling monsters or clearing the questline, we hope to see you on the Mountain of Eternal Winter!