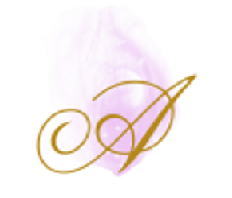 The Summer Season server is coming to a close, with less than a month before it all goes away, I finalize the things I can do to maximize these servers and its benefits.

When the Summer Season server closes it takes with it the events and features that came with the server, firstly the Season Pass. The Season Pass is accessible by Season characters, even outside of the Season servers. It is a list of challenges that reward you for completing each task. You can also opt to buy the Black Spirit Pass, which doubles or adds more rewards for completing each challenge. The additional rewards are retroactive, so even if you have completed the Season Pass, you can still claim the rewards from the Black Spirit Pass even if you just bought it today. See event page here for more details. 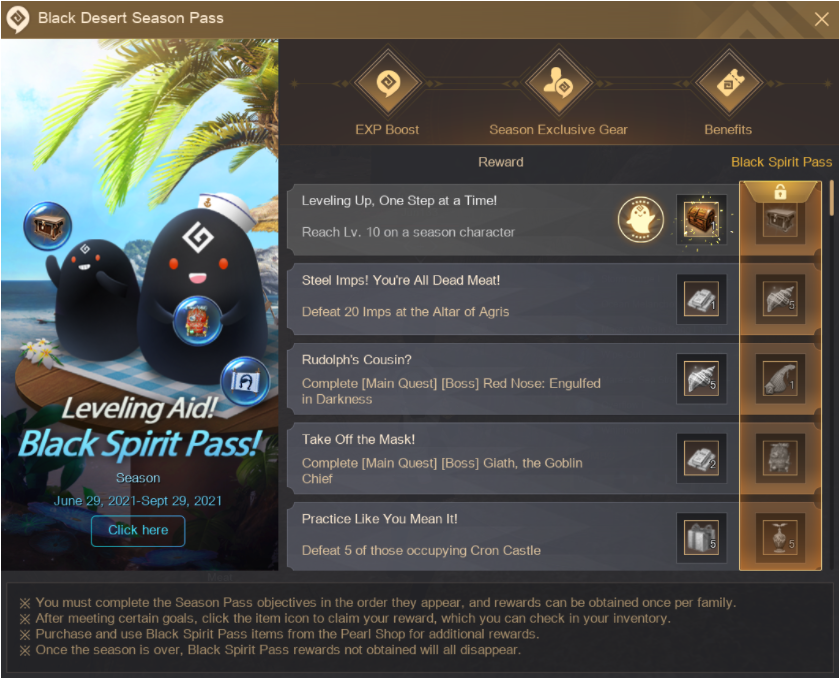 Part of the Season Level-up event is to reward Summer Season characters from level 10, then every 10 levels after, then 56, 57, 58, 59, 60 and 61. However the rewards for leveling from 10 to 59 ended back in August 25, 2021. The rewards for those were useful, but mostly draughts and enhancement materials, other supportive items, etc. For me, the most important are the rewards for reaching levels 60 and 61, where you will receive a PEN Tuvala Ring and PEN Tuvala Earring, respectively. This means you only have to PEN 1 of each to complete the goal of Full PEN Tuvala set before the server ends and this whole set is converted to normal Tuvala gear, which can be used by all other characters in the same family. 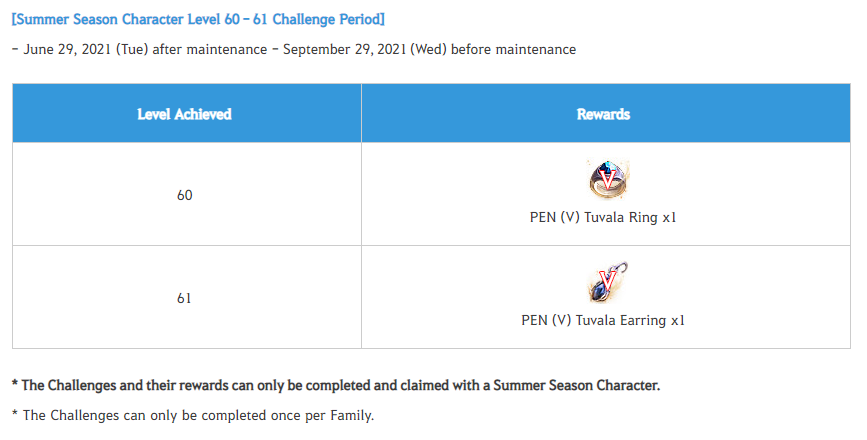 Any character class can be created as a season character to play in the Season servers, but playing as a Corsair has additional rewards. If you chose to level another class, then you'd have to do the same to a new non-season Corsair character to claim these additional level-up rewards, if you're Season character is already a Corsair, then you would have received these rewards simultaneously with Number 2. These also ends on Sep 29 with the close of the Summer Season. 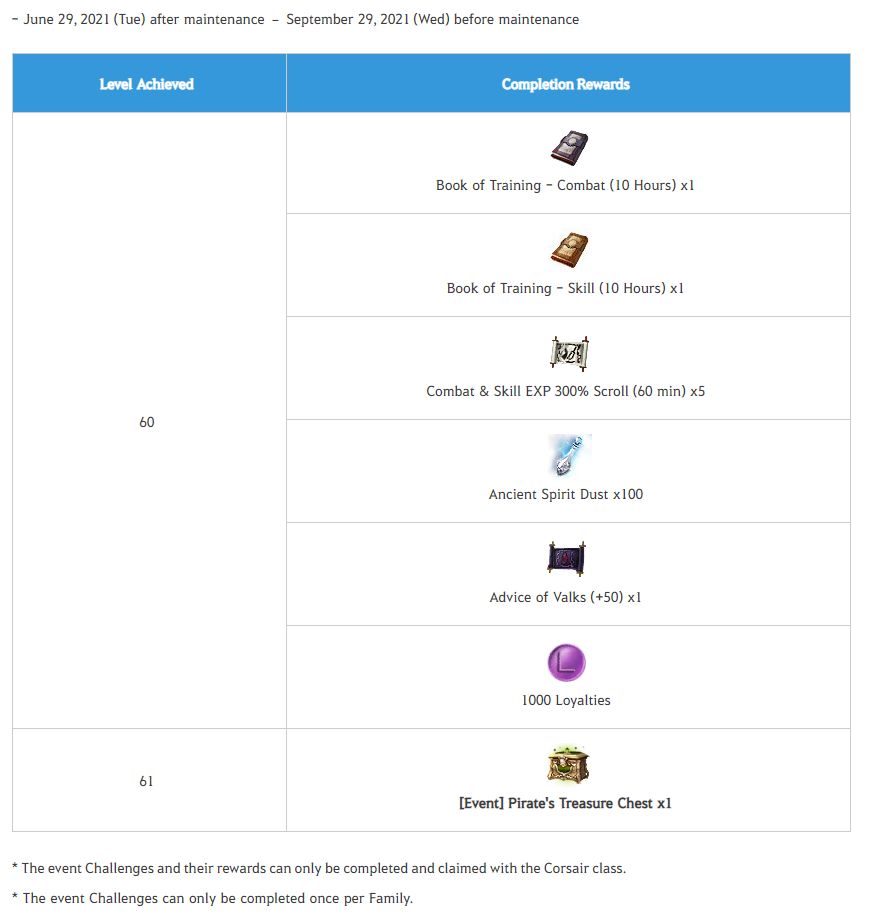 4. Enhance All Your Tuvala to PEN

Once the Summer Season server closes, your current, 1 set of Tuvala Gear will be converted to normal Tuvala gear and can no longer be enhanced. With the close of the Season server, it will take with it the Season exclusive enhancement materials, Time Filled Black Stone, Refined Magical Black Stone, and Tuvala Ore. So the best course of action is to make sure to enhance all 1 set of your Season Tuvala to PEN. 1 Set = 4 Armor Pieces, 3 Weapons, and 6 Accessories. I get season enhancement materials 3 ways:

a. Regional Quests - rewards include enhancement materials and at least DUO Tuvala Accessories.

b. Weekly Quests - updated weekly quests resets every Thursday regardless if completed or not, so make sure you complete and claim rewards before Thursday.

NOTE: Excess Time Filled Black Stone can be exchanged with Fughar for various rewards after you have completed full PEN Tuvala. 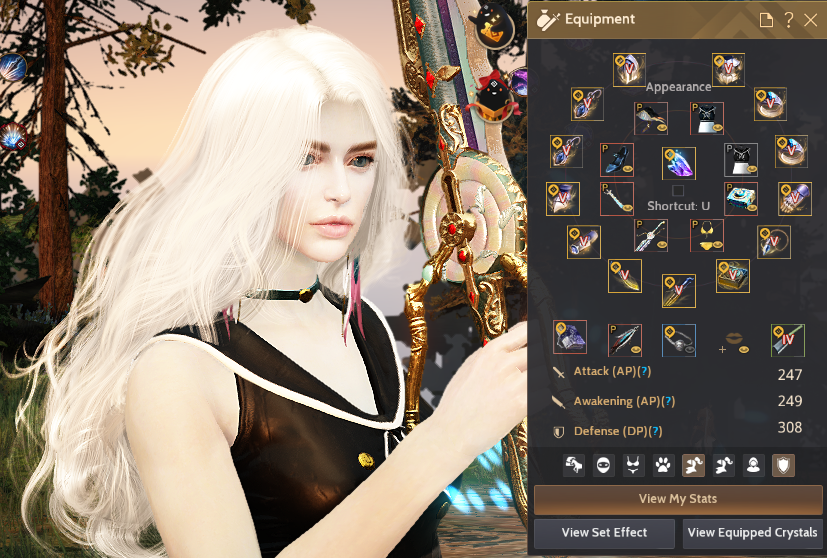 Another Season exclusive loot is the [Season] Rift's Thorn. You can exchange these for more enhancement materials or for Combat & Skill Exp Scrolls 300% and Advice of Valks, among others. Also by continuing to grind in the Season servers, you have a more potentially uninterrupted Skill Point grind.

Some of my friends said that once you've reached 1600+ Skill Points, it's ok to slow down a bit with the SP grind as this is like the baseline, you can get all Awaken Skills, and most Succession Skills (needs more SP). But for me, due to the quest [Season] Fughar's Special Time Piece, which copies your Season characters level, combat exp and skill exp to a normal character, now is the best time to maximize the SP grind to make sure that the normal character will avoid more grinding and can comfortably choose either Awaken or Succession. 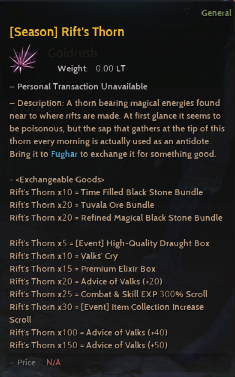 BONUS TIP: The Event 1. Time to Foal Around! from Sep 1 - Sep 15 gives Mount and Training Exp +50%. On normal servers, it is advisable to afk train horses on safe zones to avoid getting attacked by others. But in Season Servers, you cannot be attacked by other players even in non-safe zone areas, so might as well utilize this. Check event page for details.

Share your own lists below. Less than a 30 days to go, good luck to us all!

:o Thanks for sharing Aura

Oh yea i 4got about season char lol.

Gotta level up mp skill points to make use of the fughar time piece.

Another point to add:

1. Fughar's quests - all those juicy failstacks that he gives as rewards, those daily scroll rewards after you complete the season quest

2. Make failstacks - tuvala is pretty good to use as a failstack generator. Abuse it while you can. Once season ends, geting 40+ failstacks is going to be tedious when you start hitting boss gear and require expensive materials like memory fragments.
Ores, time filled are all easy available and are rewarded bountiful from the season quests/rifts.

thankyou for this guide :>

:o Thanks for sharing Aura

Oh yea i 4got about season char lol.

Gotta level up mp skill points to make use of the fughar time piece.

Another point to add:

1. Fughar's quests - all those juicy failstacks that he gives as rewards, those daily scroll rewards after you complete the season quest

2. Make failstacks - tuvala is pretty good to use as a failstack generator. Abuse it while you can. Once season ends, geting 40+ failstacks is going to be tedious when you start hitting boss gear and require expensive materials like memory fragments.
Ores, time filled are all easy available and are rewarded bountiful from the season quests/rifts.

Thank you for the addition Velsath.

thankyou for this guide :>

Omg Season..ngl I forgot about my season character. I have few more days soo I might have to speed tap and hopefully RNG is on my side
P.S
Ook Ook~

Awesome guide >w< Maybe include Seasonal Atoraxxion in the Weekly Quests? :D It doubles as Jetina Daily too so it's super win >:D