When using their longbow, Rangers had limited mobility as well as combos to utilize. Most of the skills did not allow Rangers to use other skills until the skill animation ended. This became less of a problem when Adventurers got the hang of the class, but for new Adventurers, this made it difficult to learn the class and was a source of frustration. Therefore, we made her move more freely while keeping the feel of playing Ranger intact.

As more classes were able to close the gap, Rangers started to struggle to compete against them as they lacked stamina and damage when using the skill Blasting Gust and comboing off of it. Therefore, the skill Flow: Bypassing Wind was reworked. Even though Flow: Bypassing Wind’s rate of fire was reduced, it allows Rangers save stamina while using it. Additionally, the skill Tearing Arrow was improved to help Rangers keep enemies at bay by making it fire at full charge when used immediately after Flow: Bypassing Wind.

For Awakening Rangers, there was a lot of feedback that she lacked ranged skills. Therefore, we added some ranged skills to her skill kit. Additionally, Ranger lacked any defensive capabilities while Wind Step was on cooldown. This made Rangers extremely vulnerable during that time, so we reduced its cooldown to 2 sec and added a movement skill. The added movement skill can currently only be used to move in one direction, and the skill Riding the Wind was reworked to be able to fire at that location.
The skills Flow: Rooting, Flow: Piercing Wind, and Flow: Heavenly Knot will be combined with the skills Vine Knot and Spirit’s Shackles. Ranger’s powerful skills like Regeneration and Nature’s Tremble have long cooldowns as they dealt significant damage compared to other skills. These two skills were improved by reducing their cooldowns significantly, making it possible to use them more often.
The damage of the skill Flow: Disillusion, that dropped in efficiency when hitting multiple targets, was improved to hit all targets in an area for equal damage. The skill Wailing Wind was improved in the same way.
Through this update, Rangers are now able to perform Back Attacks with their ranged skills and increased their damage overall. Moving forward, her PvP damage output will continue to be adjusted until it becomes similar to other classes. As for her PvE capabilities, they are expected to be improved in the future.

● Improved to apply Back Attack damage when hitting an enemy from the back.

● Tearing Arrow (I to Absolute) – Changed the special attack type to the following:

● Improved the skill to transition smoother into movement and combo smoother with enhanced skills  and skills on quick slots.

● Riding the Wind – Changed to turn the character in the direction of the camera.

● Riding the Wind – Changed to have no collision when moving via this skill.

● Will of the Wind I, III – Increased the Ranged DP reduction effect from 5 sec to 10 sec.

● Will of the Wind (IV, Absolute) – Increased Ranged DP reduction effect from 10 sec to 15 sec.

- Increased Damage and number of hits

- Added Down Attack and Down Smash effects.

● Blasting Gust (I to Absolute) – Changed to fire by pressing Directional Key +  LMB after learning the skill Ultimate: Evasive Shot.

- Therefore, using Blasting Gust (I to Absolute) will consume stamina.

● Charging Wind (III to Absolute) – Changed the number of hits to the following:

● Charging Wind (I to Absolute) – Added the Super Armor effect while charging during the skill.

- Therefore, a cooldown was added to Charging Wind (I to Absolute).

● Charging Wind (II to Absolute) – Changed to increase the area hit by the skill when charged.

- Changed to apply the regular damage of Charging Wind.

- Changed to apply Down Attack when used on the spot or while moving backwards.

● Flow: Bypassing Wind – Improved to turn in the direction of the camera when activating the skill while moving sideways.

● BlastingGust, Prime: Blasting Gust – Fixed the issue where MP would not recover when the skills were used in certain situations.

● Blasting Gust, Prime: Blasting Gust – Fixed the issue where the MP recovery amount was abnormal when the skills were used while moving after learning the skill Ultimate: Evasive Shot.

● Evasive Explosion Shot – Fixed the issue where invincibility would be applied when using the skill while on cooldown.

● Will of Descending Wind – Changed to fire at a targeted location instead of a fixed location.
- Therefore, attacks will hit later so as to match the travel time of the arrows.

- Changed the Super Armor effect to be applied until the character lands.

● Ultimate: Charging Wind, Extreme: Charging Wind – Improved to be able to combo with the skill Evasive Landing Shot.
● Call of the Earth – Improved the  Accuracy buff to apply to nearby allies as well.
● Dagger of Protection (I to Absolute) – Removed the MP Recovery effect.
● Spirit Healing – Removed the MP Recovery effect.
● Pinpoint (I to III) – Reduced the amount of stamina consumed when using the skills to the following:

- Therefore,  changed Prime: Blasting Gust to no longer be able to combo during the skill Spin Kick.

● Prime: Regeneration - Decreased the cooldown of the skill to the following:

● Prime: Regeneration - Increased the damage of the skill to the following:

● Prime: Nature's Tremble - Increased the attack range of the skill.

● Prime: Nature's Tremble - Reduced the cooldown of the skill to the following:

● Prime: Nature’s Tremble - Increased the damage of the skill to the following:

● Prime: Blasting Gust - Changed the split damage effect of the skill to the following:

● Prime: Tearing Arrow - Changed the split damage effect of the skill to the following:

● Prime: Tearing Arrow - Changed the special attack damage type of the skill to the following:

● Nature’s Tremble (I to III) – Reduced the cooldown of the skills to the following:

● Nature’s Tremble I, II – Increased the damage of the skill to the following:

● Nature’s Tremble – Increased the All DP reduction effect to the following:

● Regeneration - Increased the speed of the skill’s activation motion.

● Regeneration - Increased the attack range of the skill.

● Regeneration - Improved to enable smoother combos after using the skill.

● Elven Rage - Increase the damage of the skill to the following:

● Wailing Wind - Improved to combo more smoothly when using the skill Wind Step during the skill.

● Flow: Tempest - Improved to combo more smoothly when using the skill Wind Step during the skill.

● Wind Step - Changed the cooldown of the skill.

● Breezy Blade  - Removed the distance reduction when the skill is used during its cooldown.

● Breezy Blade - Increased the attack range of the skill.

● Flow: Rushing Wind - Reduced the cooldown of the skill.

● Flow: Rushing Wind - Increased the attack range of the skill.

● Waltz of Wind - Reduced the cooldown of the skill.

● Waltz of Wind - Increased the attack range of the skill.

● Call of the Earth - Improved to be usable with the Kamasylvensword.
● Flow: Piercing Wind, Flow: Heavenly Knot - Removed the skills and combined their effects with other standard skills.
● Wind Step - Made the following changes to the skill:
- Increased the distance moved forward with the skill.
- Improved to combo more smoothly with other skills when used to move forward.

● Flow: Disillusion, Wailing Wind - Improved to apply the effects to all targets hit.

With this Black Desert Global Lab update, the skill is set to be activated with the skill Riding the Wind. However, it will be separated into another skill for our next update.

● Prime: Nature's Tremble - Fixed the issue where the reduced All DP effect did not match the skill’s actual effect.

Awakened Ranger has seen hit damage adjustments to several skills. Breezy Blade and Flow: Rushing Wind in particular were two skills with a small area of attack but large damage. Therefore, we decided to increase the area of attack and adjust the damage rather than simply maintain high damage, in order to make defeating monsters more convenient.

With the focus of the new skill Spirit's Haven now adjusted towards dealing large amounts of damage and applying debuffs to connect with quick combos, we have decided to remove the skill's defensive effect.

● Guardian Wind - Fixed the issue where the Skill Add-on effects were applied to all targets of the 2nd hit.
● Guardian Wind - Changed to now be available via Quick Slot.
● Winds of the Steppe – Improved so the Ranger will turn according to where the camera is facing during the second movement.

● Ultimate: Blasting Gust, Descending Current - Improved so that you can apply skill add-on.

● Prime: Razor Wind (I to IV) - Improved to apply the skill's Critical Hit Rate to other adventurers as well.
● Prime: Ultimate: Blasting Gust - Fixed the issue where a spirit's attack would be applied for every hit when using the skill.

Finally they have noticed our Rangers. A good news. Here a shy smile from my Vinra  :D . 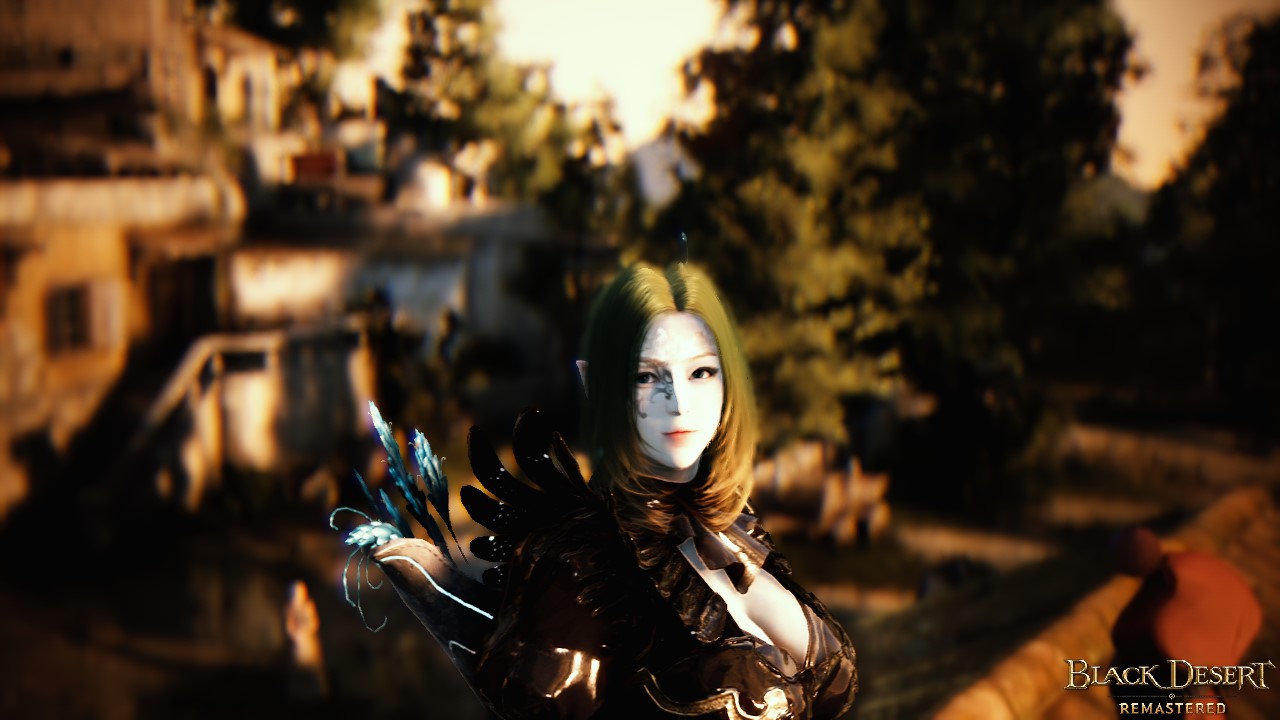 She have some problems similar to Dark Knights.

Would love to see her Passive getting upgrade as well. Movement speed buff is good. But 10% is just not on par with 10% of others stats like attack speed, accuracy or evasion.
So maybe give it a little tweak more please.

Im just regular player. never really care about changes. thanks for sum up for ranger. the og page too much load bandwidth for info I really not needed.

Apologies for my bad Engrish.

First, yes you gave us flow skill. but when we use flow> tearing arrow etc. on siege and node war. theres notification that say CANNOT USE THE SKILL AT THE MOMENT. even in the middle of tearing arrow, we got that notification and cant use the skill.
Second, As more classes were able to close the gap, Rangers started to struggle to compete against them as they lacked stamina and damage when using the skill Blasting Gust and comboing off of it.
this is useless, look at other classes, Musa for example. even we if we use all of our escape skill musa will still be faster than us.. just dash dash dash while on SA, then swing his sword couple times then he got ranger easily. what is the point?(not only musa more other classes can get us without breakign a sweat).
Third, i dont know why we cant hit people from high ground but mage class like wizard, witches , archer. can hit us from far away, now i doubt ranger is ranger class...

this is only my opinion but i hope Dev will balance all classes. Ranger(either succesion and awakening) in my opinion is shit at 1v1,  tier B at war(since other classes can catch us easily), tier B at PVE (dead class, u need high gear grind with this class).